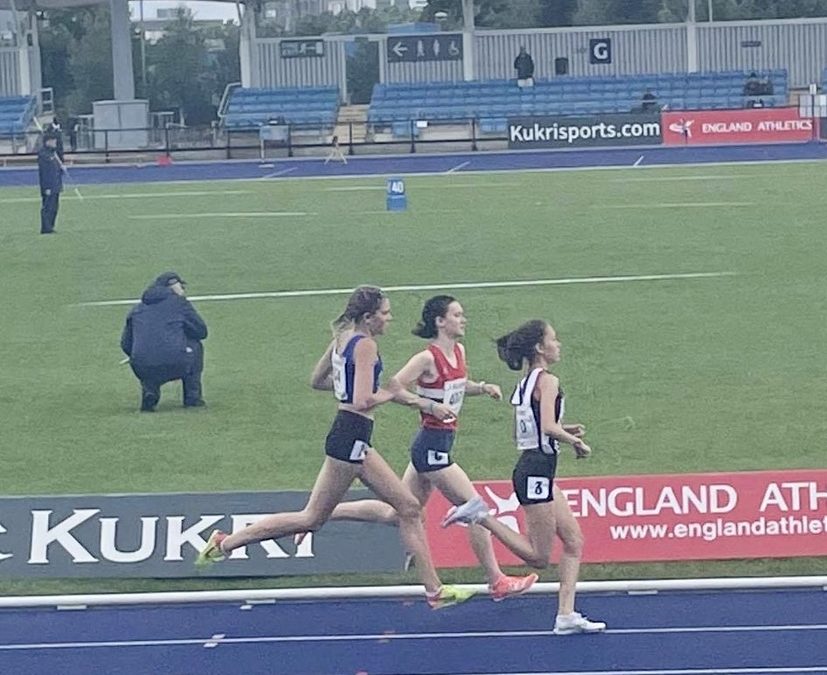 At the Leeds BMC on Monday night – August 9th – Tim Raynes & Callum Davidson continued their season taking on the 1500m and 3000m respectively. Tim went into his 1500m Race not having broken 4 minutes and having a personal best of 4.03.9 posted in July at the Northern League Premier West Match. In the event, the race went really well for Tim as he smashed through the four minute barrier, chopping a huge six seconds off his previous best to set a new PB of 3.57.15. Speaking about his race, Tim told the Club “I went into the race confident that I could knock a good chunk of time from my PB. Sat in for the early part of the race and then moved up to put myself into contention going into the last lap. Kicked a bit too early and got swallowed up in the last 100 but, overall, I can’t complain with a big PB.”

Callum ran the 3000m A Race, placing 4th with a time of 8.30.31 and reflecting on his race afterwards to the Club, he commented that he “Went into the race off the back of arguably my best session to date on Friday just three days before the race and unfortunately it caught up with me. The problem with racing a lot is you can’t prioritise every race and sometimes you’ve got to race on tired legs and let the time go out the window. Despite being well off my PB of 8:16 and a long way off my target it’s still a time I couldn’t have dreamt of achieving this time 12 months ago. Incredibly pleased for training partner Tim to join the elusive sub 4 minute club and go well under the barrier – it’s a credit to all of his hard work.“

U17 Abigail Stratton currently standing 28th in the National Rankings, was at her first National Championships on Sunday at Sportcity for the 1500m which was a straight Final and run in not the best of conditions, alternating betwen rain, sun and always with the wind. She came home in 9th place with a time of 4.41.39. Speaking to the Harriers about her debut at the National Championships Abigail told us that it was “great to be back racing against the best, time is slower than what I wanted but got stuck behind someone from the start but overall an amazing experience!” 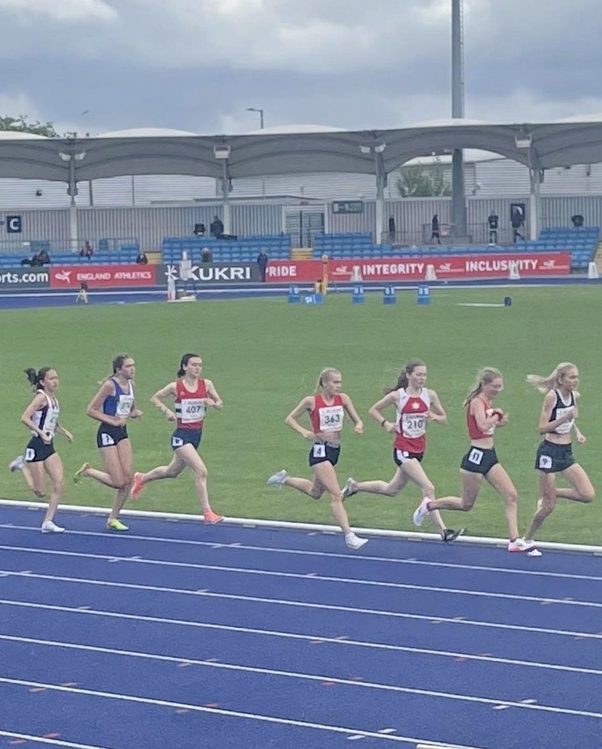 Abigail Stratton 2nd from the left Well done to all of the Blackburn Harriers Junior athletes who did themselves and the Club proud over the whole Series. Final Junior Standings for the Boys & Girls have been published which shows the finishing positions for all of the young athletes. Theo Robinson has won the U13’s with feloow Harriers Loucas Lancashire (7th), Liam Benninson (15th) and Callum Singleton (16th). The U15 Boys was a clean sweep with Oliver Gill topping the table, followed by Oliver Brown in 2nd and Matthew Smith in 3rd place. The U17’s was also a clean sweep – Jack Paget-Fowler winning the Series with Codie Dewhurst in 2nd and Daniel Smith in 3rd spot.

In the Girls Series, Charlotte Smith finished in 6th position in the U13’s with Agatha Taylor in 15th and Katie Lawson (24th). Imogen Robinson ended the U15 Series in 3rd place and in the U17’s Series, Isabel Holt ran five races and won them all to win the Series with team mates Paige and Ellie Singleton 6th and 7th. 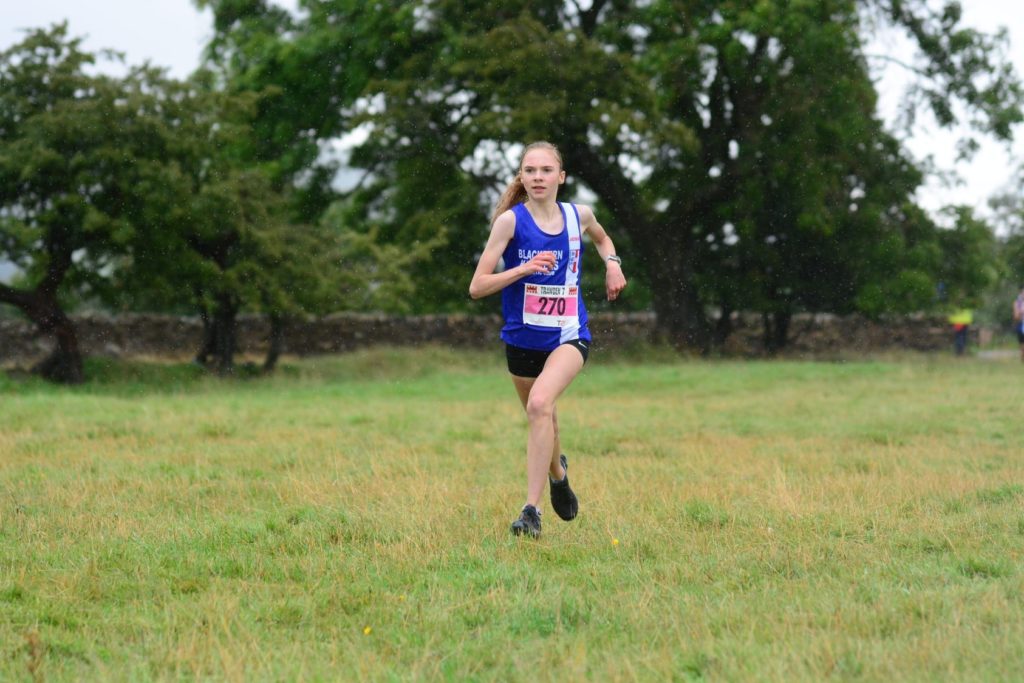 Thanks again to David Belshaw for all the Race Photos The Throws Pentathlon Records have just been updated showing Blackburn Harriers Mike Hazlewood and Tony Balko and the results in their respective age group categories in 2009 & 2016 (Mike) and 2019 (Tony).
The Throws Pentathlon is an event consisting solely of Throws including Hammer; Shot Putt; Javelin; Discus and Weight Throw.
UPDATED RESULTS 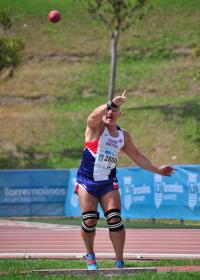 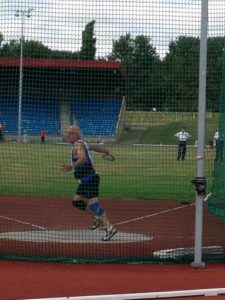