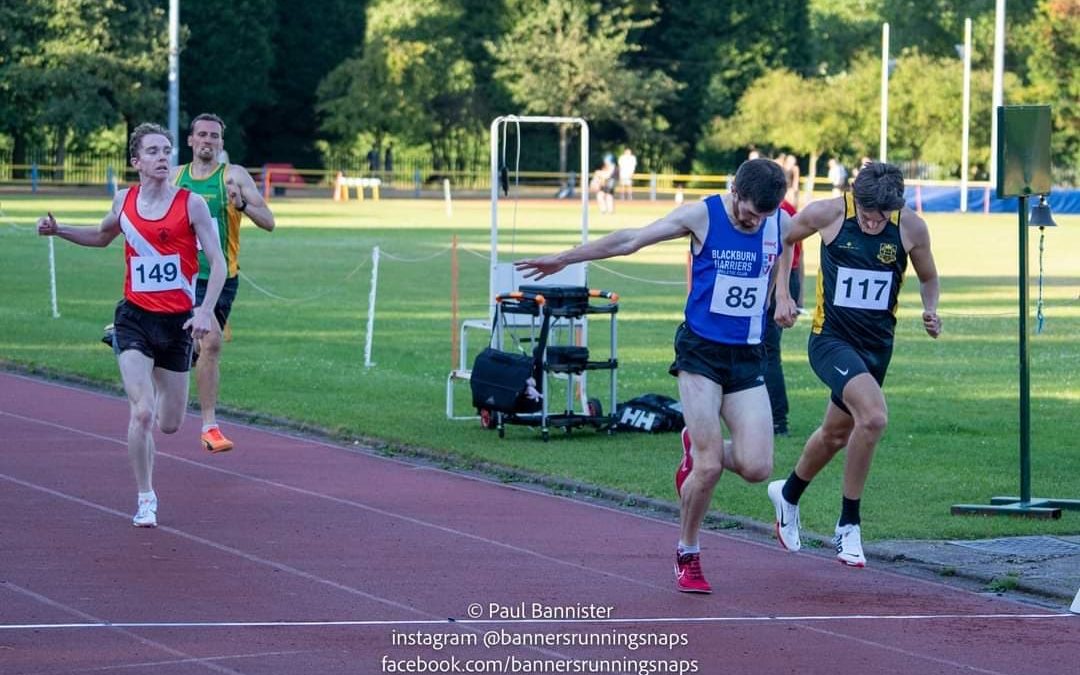 Longford Stadium at Stretford on a warm night was the venue for the latest round of BMC Gold Standard Races as well as the Trafford Grand Prix Series. Dominic Walton was entered into the 800m B Race in the Gold Standard Races whilst in the Trafford Grand Prix Series Blackburn Harriers athletes entered were U23 Joe Gebbie (800m); U17 Codie Dewhurst (800m); and Seniors Daniel Bebbington, Tim Raynes, Luke Betts and Josh Birmingham all in the 3000m A Race. 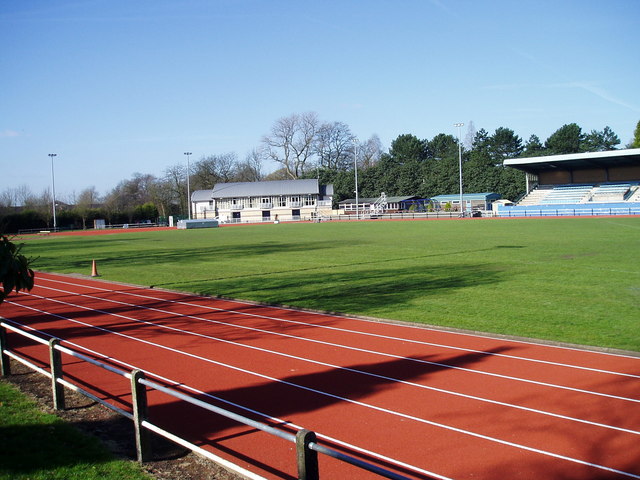 Dominic Walton clocked 1.50.17 to win the 800m B race from Ben Sandilands (Fife) in 2nd spot clocking 1.50.69 with Sale’s Najib Hassan in 3rd 1.50.97. That was backed up with another win in the 800m, this time in the Grand Prix Series by Joe Gebbie who knocked close to a second and a half of his previous best to set a new PB of 1.55.12 with Sheffield’s Matthew Mustard just eight hundreths behind him in 2nd spot (1.55.20) and Salford’s Samuel Bryan in 3rd (1.55.62) in another tight race. Following the race Joe told the Harriers that he was “Chuffed to run an 800 PB last night – the first in just over a year. Had a good battle with a Sheffield uni lad, just edging him on the line. Even splits too so a solid run. Had been struggling with training/racing for the last month so nice to put it right!” Heat 3 saw U17 Codie Dewhurst set a new PB by over two tenths as he clocked 2.03.46 –  6th place overall in a mixed field of U17, U20 and Senior athletes. 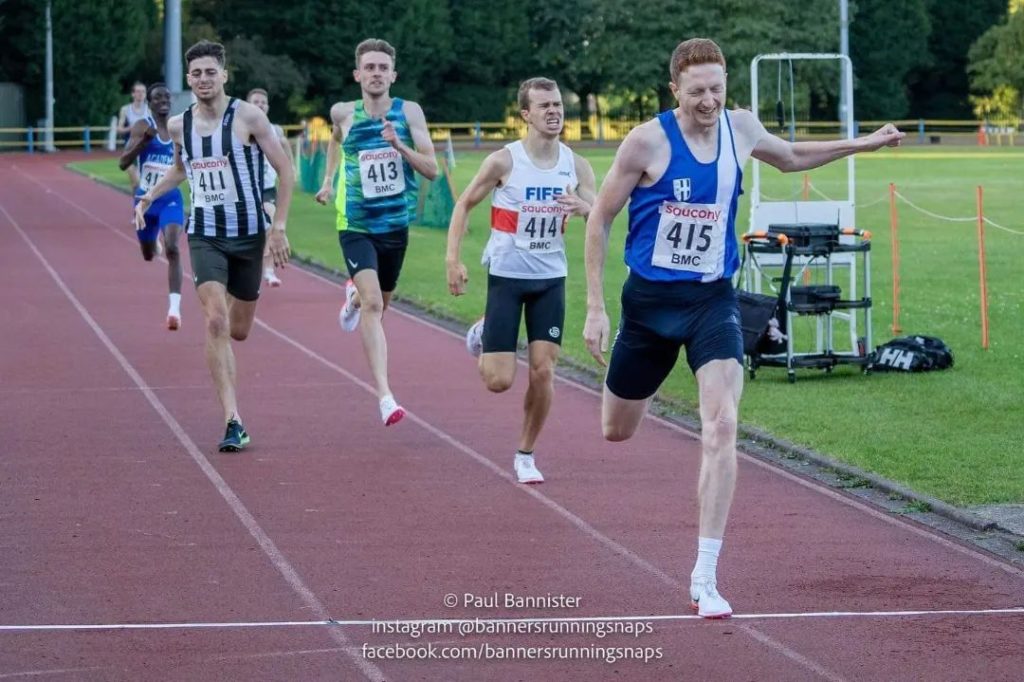 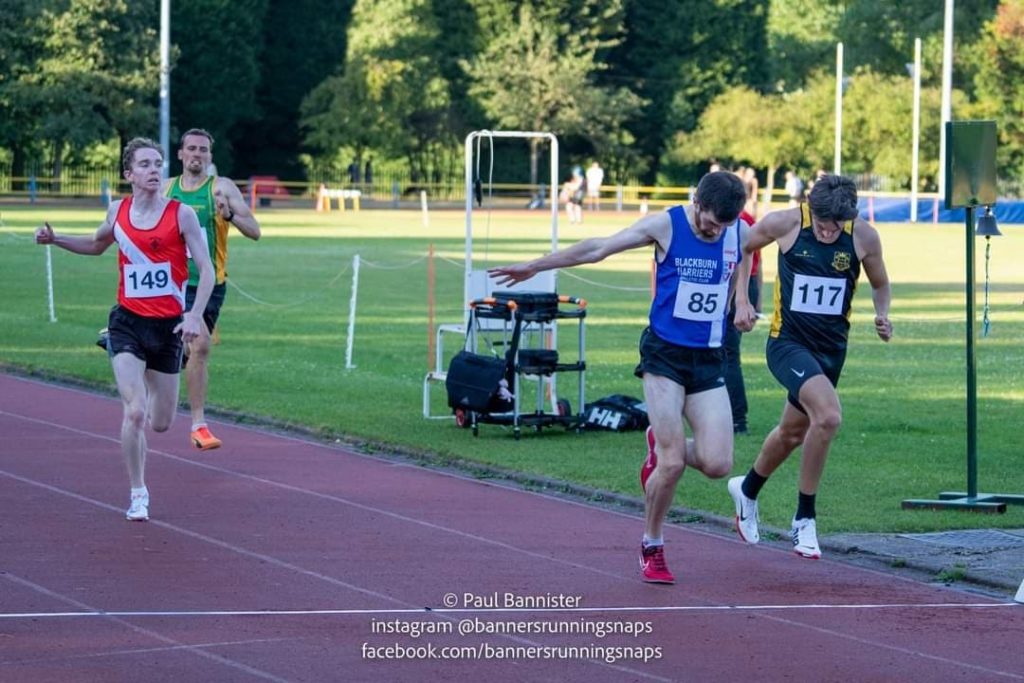 In the 3000m A Race Daniel Bebbington led the Harriers home with a new PB time of 8.16.60 in 2nd place knocking over two seconds off his previouus best, the race being won by Chris Perry in 8.13.07. Tim Raynes took 3rd place in the race – in a field of 20 athletes – and also setting a new PB of 8.28.35 which was a three second improvement. Luke Betts placed 6th overall in a seasons best time of 8.34.46 with team mate Josh Birmingham coming home in 11th position – making it a hat-trick of new PB’s for the Harriers in this race with a time of 8.44.11 – a whopping 16 second improvement. 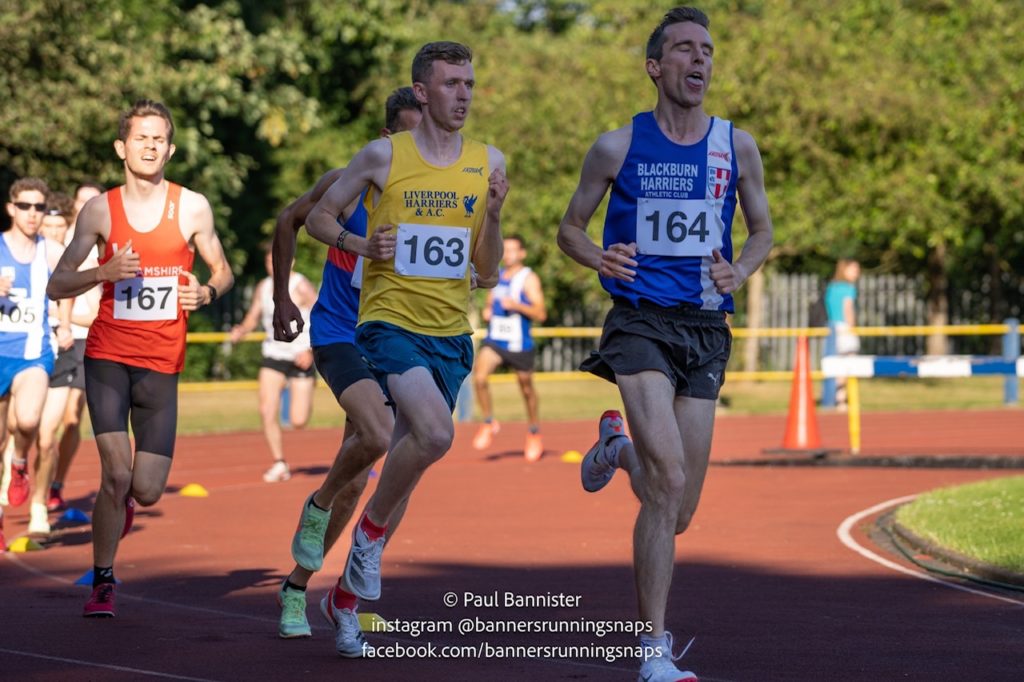 On to the road, this time at the Ilkley Half-Marathon on Sunday July 10th — (RESULTS) – as 1319 runners finished this race in not the best of conditions for endurance racing, given the temperatures. Mark Magee was having his first race of 2022 after battling with an injury for some time. His best time previously for the Half was 74.28 achieved in a race in Portugal. Mark had a pretty good day for his first race since December 2021 as he came home in 6th place with a time of 76.15 with Marc Hartley running 79.20 in 11th place in his first ever race over the distance. Ryan Bradshaw was another Blackburn Harrier making his debut over the Half-Marathon distance and came home in 148th place with a time of 1.36.33.