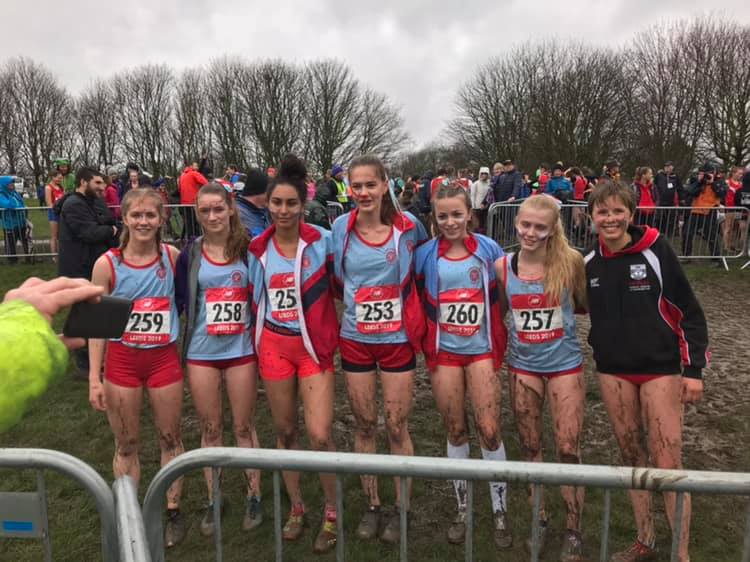 This years English Schools Cross Country Championships held in Leeds took place in the worst of conditions – cold, rain, wind and mud galore – some might say that’s proper cross country as the forty five counties lined up in Pens!

A word to for the winner of the Senior Boys Race – Sam Charlton. This young athlete has taken all before him this season winning cross country champions at county and regional level and then taking the National and Inter-County titles before rounding it off by winning English Schools. A hell of a performance.

Blackburn Harriers had seven athletes selected for Lancashire with five of them counting for the County in the final results. Highest placed finish of the day belonged to Matt Ramsden in the Inter-Boys Race, finishing 31st overall out of a field 331 athletes in a time of 17.57 and 3rd counter. Sam Hodkinson also ran for the Lancashire team coming home in 209th place clocking 19.21. 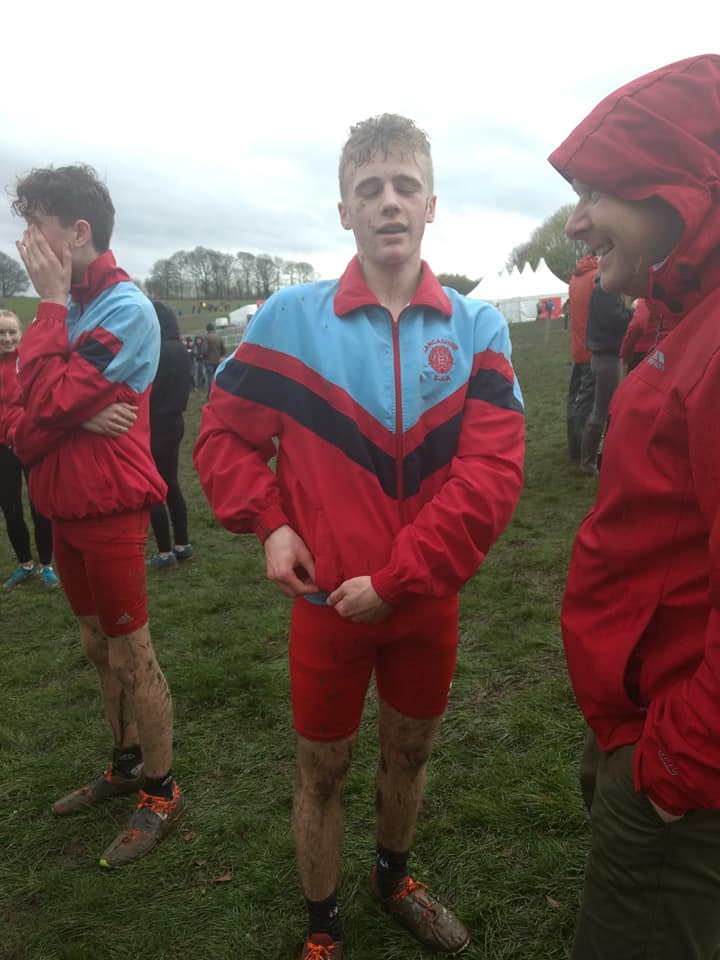 Three hundred and forty three athletes in the Junior Boys race which saw Lancashire place 27th out of the  forty five County teams competing. Both Blackburn Harriers counted for the team which saw Junior Boys David Holman come home in 173rd and 4th counter (15.18) with Isaac Butler 175th and 5th counter given the same time. 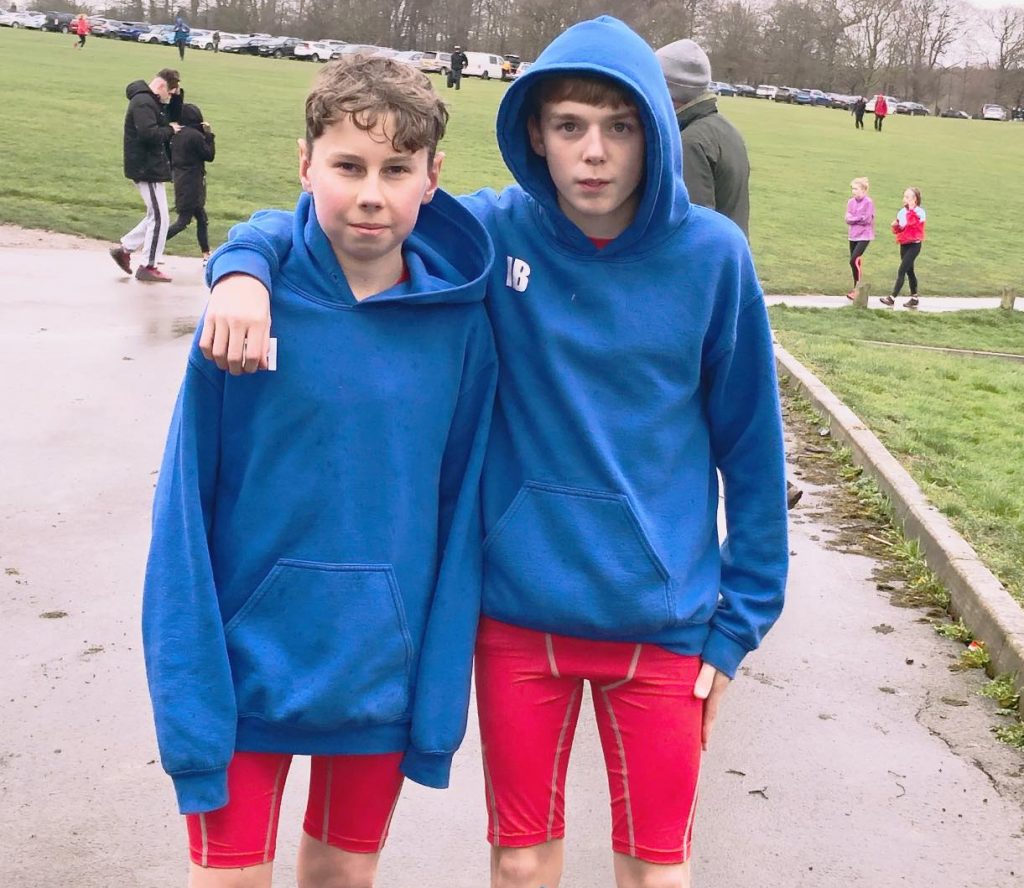 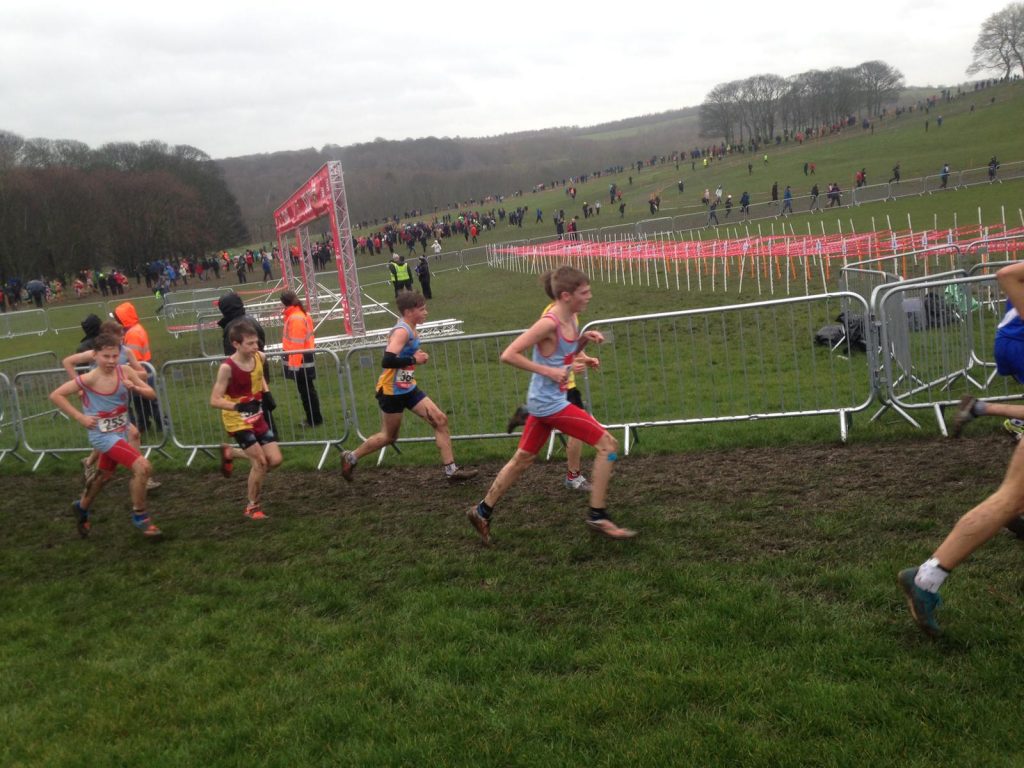 Forty three complete teams and 341 athletes took part in the Inter-Girls race featuring two athletes from Blackburn Harriers. Amy Davies was 4th counter on the day in 193rd spot in a time of 15.35 with Eleesha Charnley in 247th clocking 16.02. 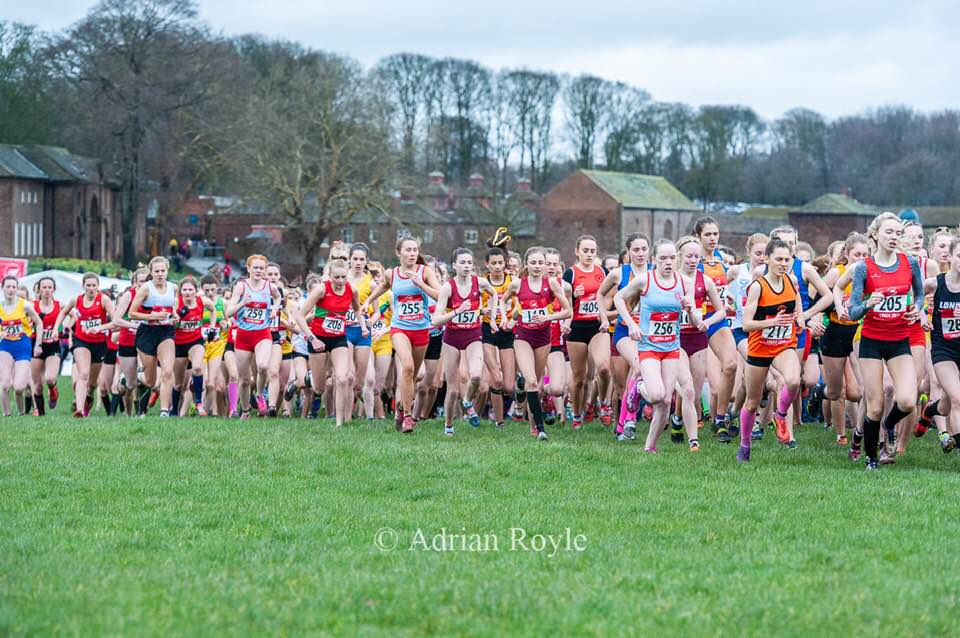 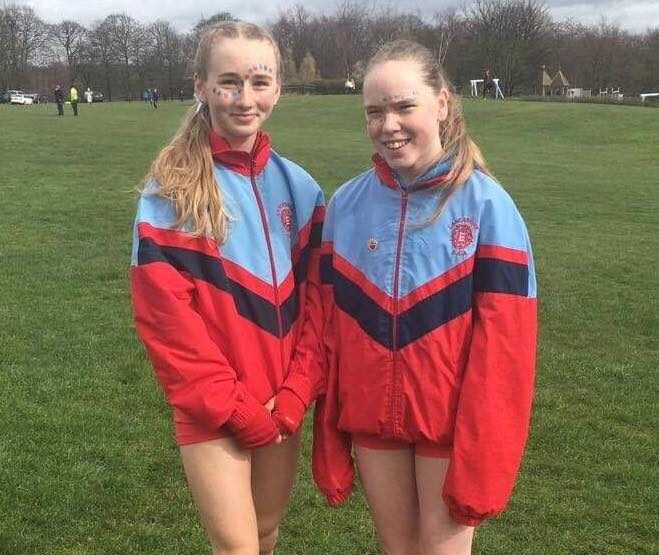 Lancashire ended up 13th out of the 38 teams racing in the Senior Girls which saw Maddie Elliott have anothert good run, coming home in 109th place in a time of 17.19 and being 4th counter for the County. Lancashire Girls packed reall well taking 105th, 107th and 109th places behind the first counter Emily Morgan who came home in 22nd position.

Half-Marathons on a March Sunday with the Harriers

First off is the Bath Half-Marathon with Ben Fish. In 2017 Ben won this race clocking his personal best time for the distance of 65.16. Since the National cross country Relays last November, Ben has only managed to run one race at this years Lancashire cross country championships in early January. The Bath Half-Marathon being only his 2nd race in some 5 months proved to be a pretty solid comeback for him as he took a top ten finish (10th) in a time of 68.16 – the race being won by Chris Thompson in 63.10.

Afterwards Ben spoke to the Harriers about the day commenting “I knew it would be a stronger field this year and I also knew I wouldn’t be at my best. I didn’t have a time in mind and didn’t bother with stopwatch. After a few miles I was 10th and I couldn’t close the gap to 9th and 8th. I was happy with my time, another couple of months should see me back to the level I should be at“. 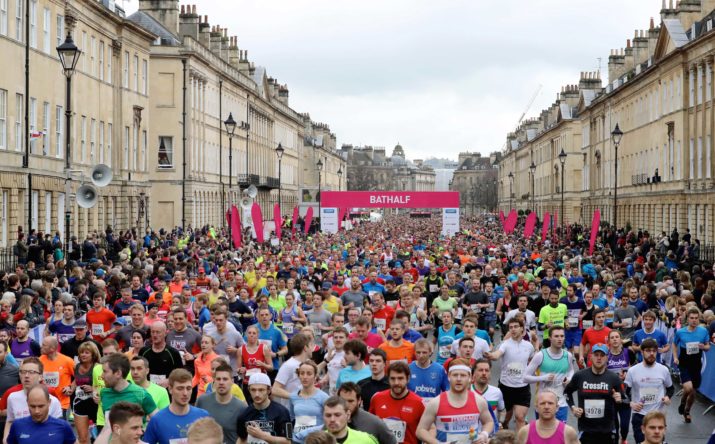 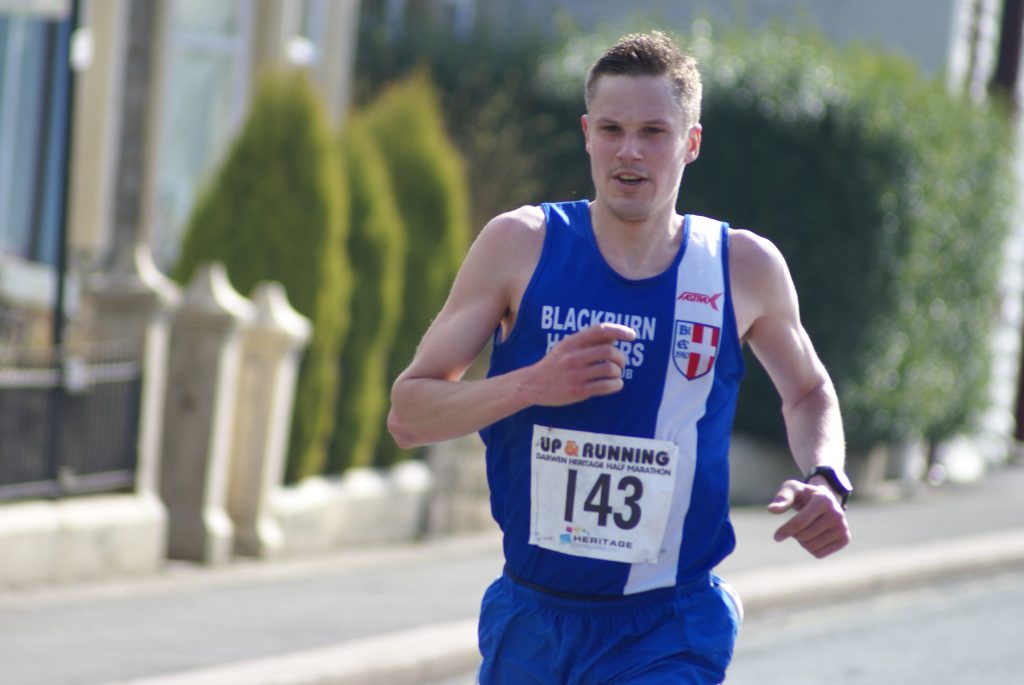 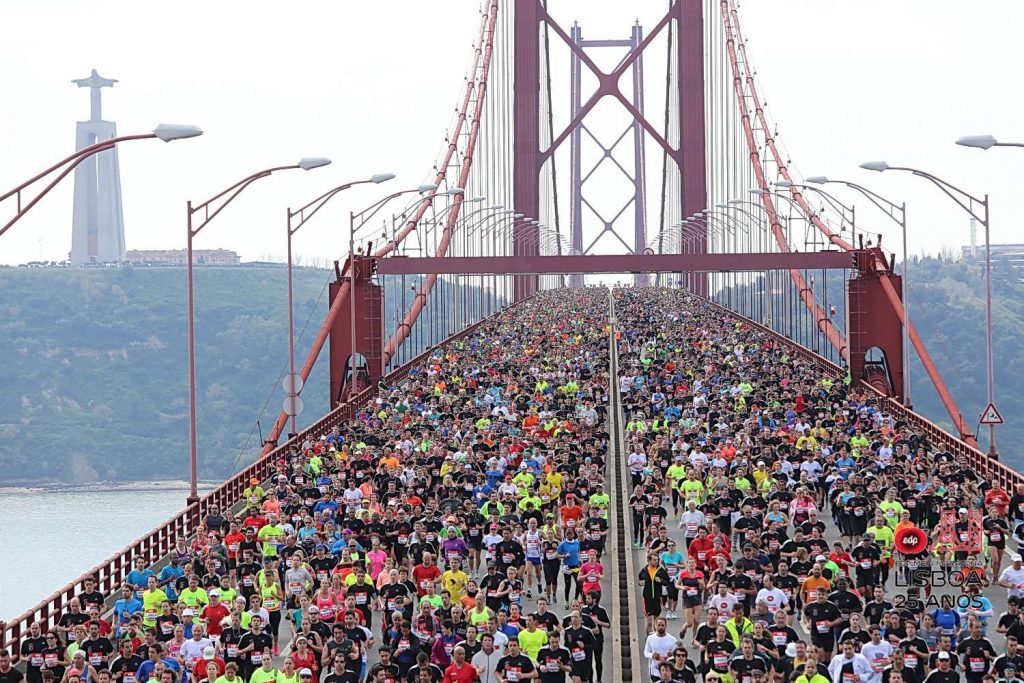 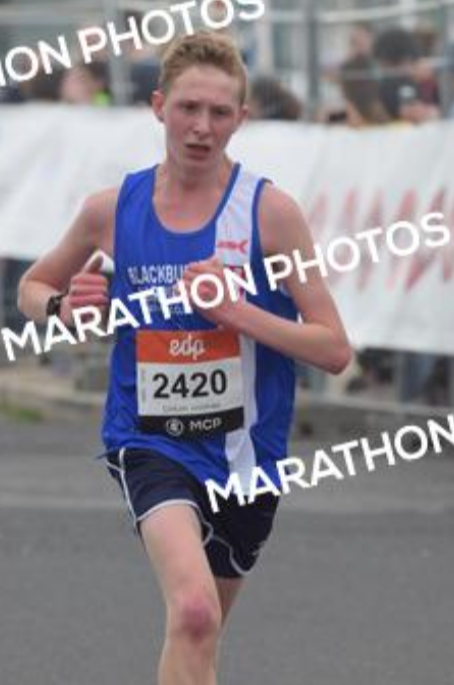 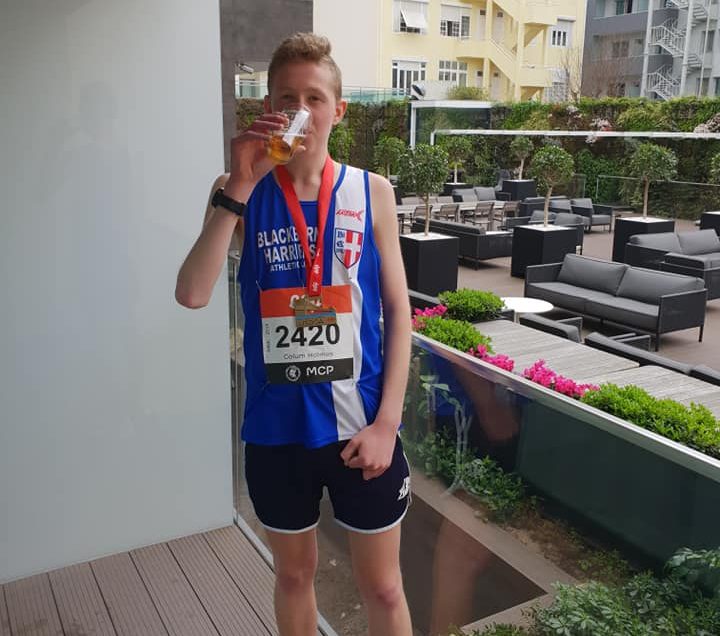 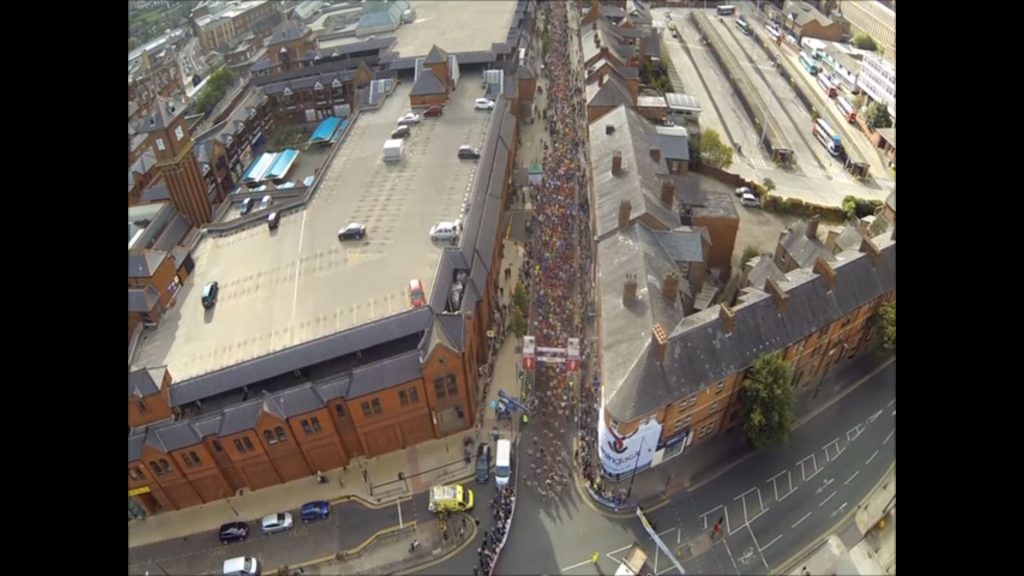 Then back to Wigan with just short of a thousand runners competing in this one. Chris Davies had a fine run coming across the finish line in 4th place overall with a time of 74.13 – just 30 seconds outside his personal best and afterwards he commented about his race and its part in his build up to the London Marathon “Overall a really pleasing result today at the Wigan Half Marathon. I wasn’t looking to PB but I was looking for a good solid run to see were I was at in the way of fitness gearing up for the London Marathon. The course was tough, especially in the second half were there was a tough section from 7 – 10 miles. Having got through that the last three miles were easier and it allowed for a good solid finish. I am pleased with the time of 1:14:13. Everything is looking good for the Marathon. Just important now to look after myself and hopefully fingers crossed I can get the PB that I want in London”.

Lindsay Davies was running her second ever race over the half-marathon distance – her first in 2017 2hr 15.15 – and ran a huge new PB as she clocked 1hr 43.46 in 215th position and telling the Club “Really pleased with my result 1:43:46 wasn’t expecting to do so well on a tough course, the climb at 8 mile was extremely tough and lasted for about 2 miles, I was 19th lady and 5th V40, my 2nd ever half marathon and I enjoyed it. Well done to Chris who did amazing”. 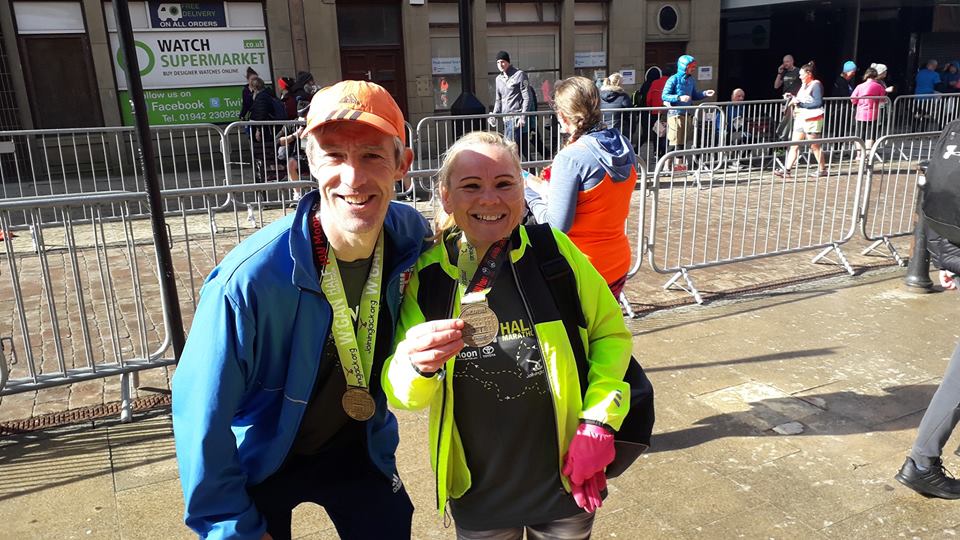 Saul Sharp had a really fine day at the British Championships held at Crystal Palace over the weekend to take a top ten finish. His dad and Coach – Michael Sharp – was with him at the event and commented on Saul’s performance in the Swim and Run “He had a really good swim just inside his PB 100m in 1:08.96 amassing 1164 points, leaving him 14th only 12pts behind 8th position. We talked about the run, trying to keep in the low 80s, which would give him a great chance of 8th. He delivered with an 82,87,88 and a final 400m at 80. His total points tally was 2354, to take 8th overall by one point. He wore his Harriers vest with pride, and it was good to see him happy and shaking everyones hand at the end of the race. Well done Saul”. 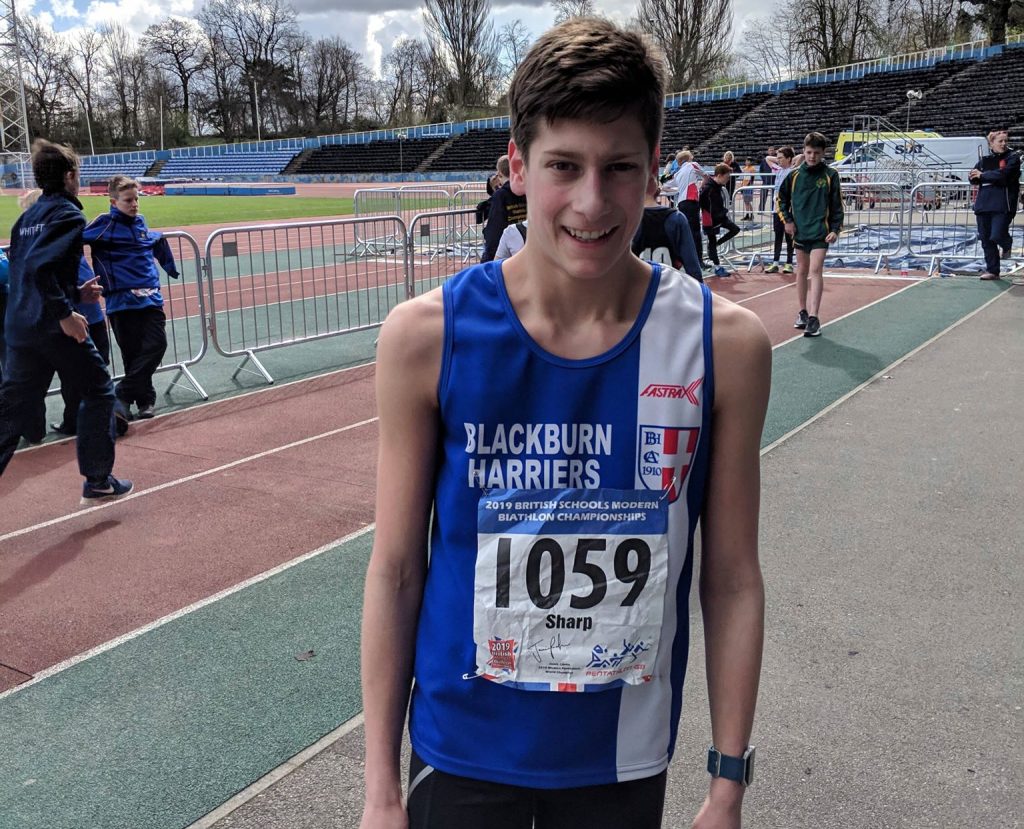 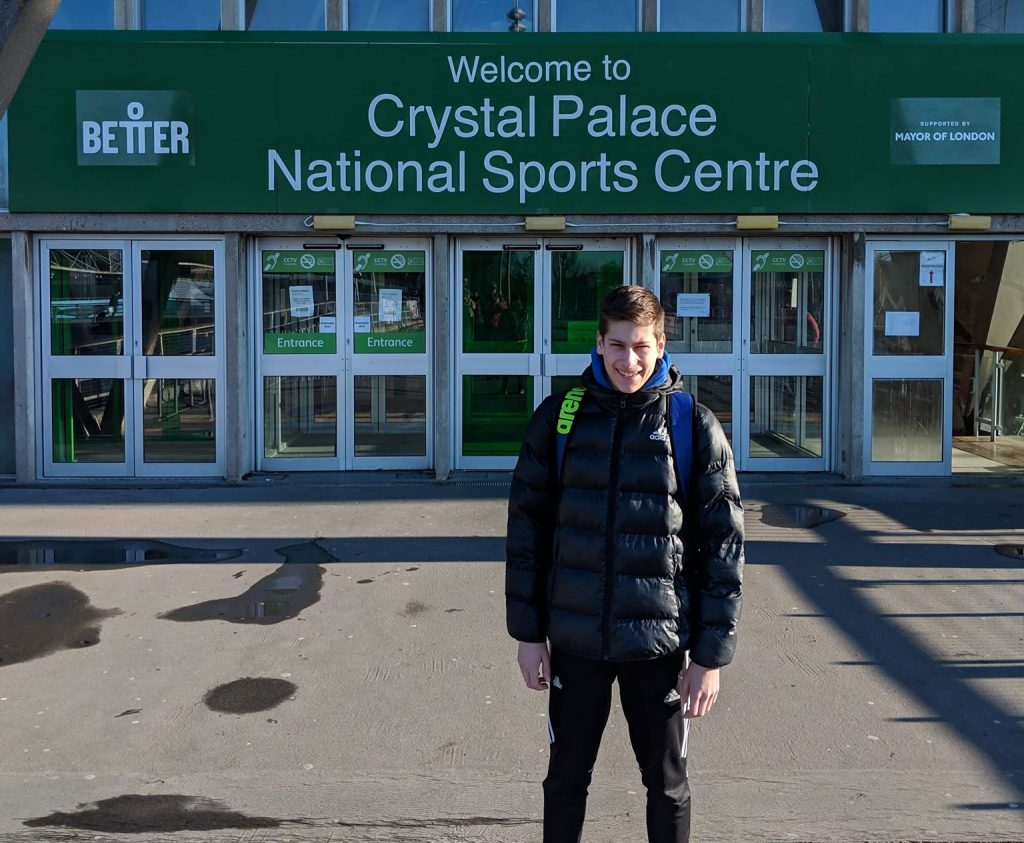 Described thus on the Race website ‘Starting and finishing at Cartmel, the 5K Cartmel Sport Trail, 10K Cartmel Trail Run, 18K Cartmel Trail Challenge & 18K Cartmel Trail Race take you on off-road journeys through some of the most scenic and varied countryside in the Lake District, along a ‘Beauty and Beast’ of a course. The trails are mainly along waymarked and marshalled footpaths and bridleways, giving panoramic views of both Morecambe Bay and the surrounding peaks. Underfoot conditions are variable with a bit of everything. Good fast sections, but it can be very sticky in places, especially if wet!’

Michelle Teare told the Club that “This was my first trail race so I had no idea what to expect and was glad I was running with fellow Harrier, Jan Buckingham. Along with every other athlete racing yesterday, I think we both wondered why on earth why we were running in such shocking weather conditions.  But once the race started, it didn’t matter due to concentrating on where to put your feet!  The race route was interesting and well planned with constant changes in terrain and obviously plenty of water and mud! I absolutely loved it, it was challenging but also a lot of fun”.

Whilst Jan Buckingham commented “Cartmel 10km today in appalling conditions. It was like the muddy farm gate at Witton for the whole 10k. Loved every minute, it was such a challenge. Very happy with 4th Vet 50 and Michelle was 6th Vet 40. Great day and we got the car off the field!!! Looking forward to the sticky toffee pudding!” 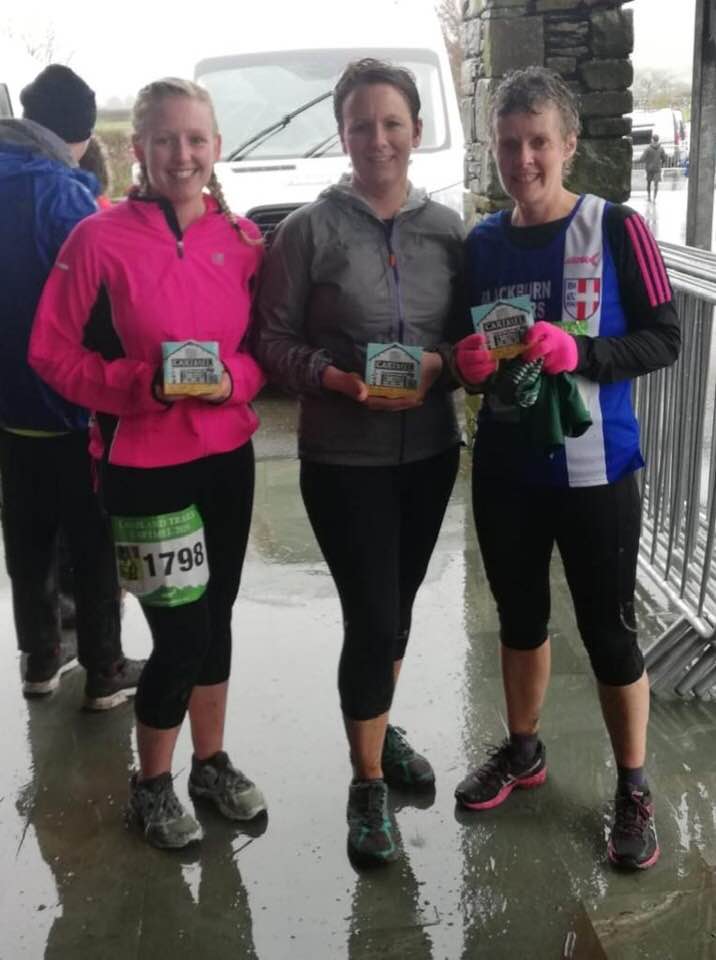