New PB’s for Dom and Matt at Trafford Grand Prix 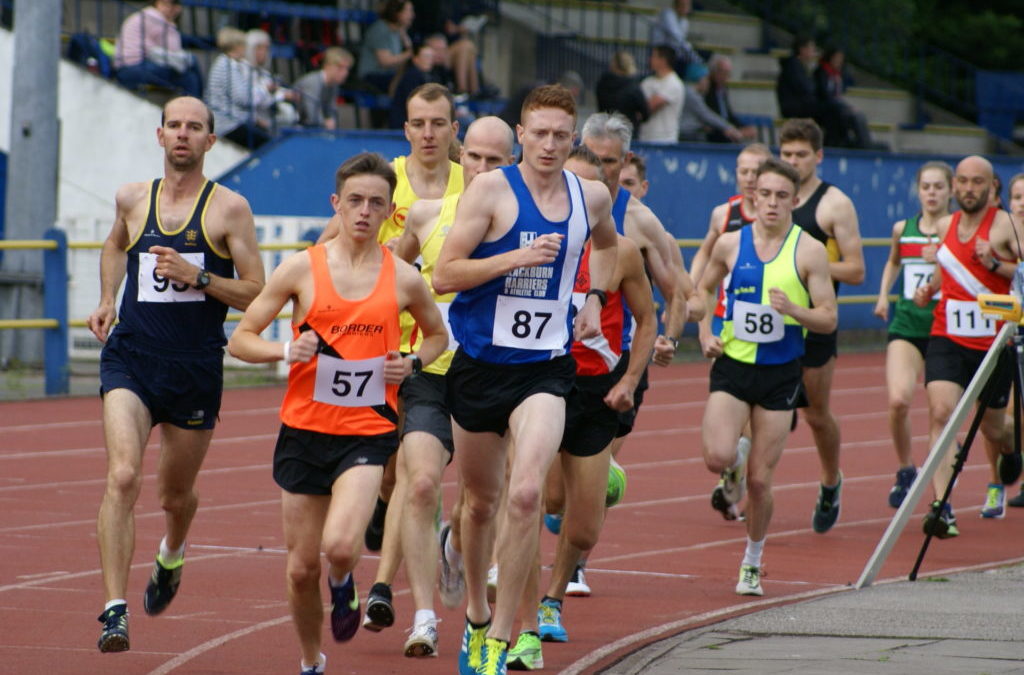 It was a good night for Matt Ramsden and Dominic Walton at Trafford on Tuesday night as both set new PB’s on a night which was pretty good from the point of view of the weather for racing.

Dominic Walton kicked off the night in the 3000m ‘B’ Race which had twenty seven athletes in it. Dominic went into the race with a personal best of 9.13.55 and was looking to lower that. In the event he did, clocking a 3.03 opening kilometre, finishing with a close to 60 second last lap to come home the winner in a new PB time of 9.00.18, just two tenths shy of breaking nine minutes. Calum Holmes ran a time of 10.09.46 to cross the finish line in 16th place. 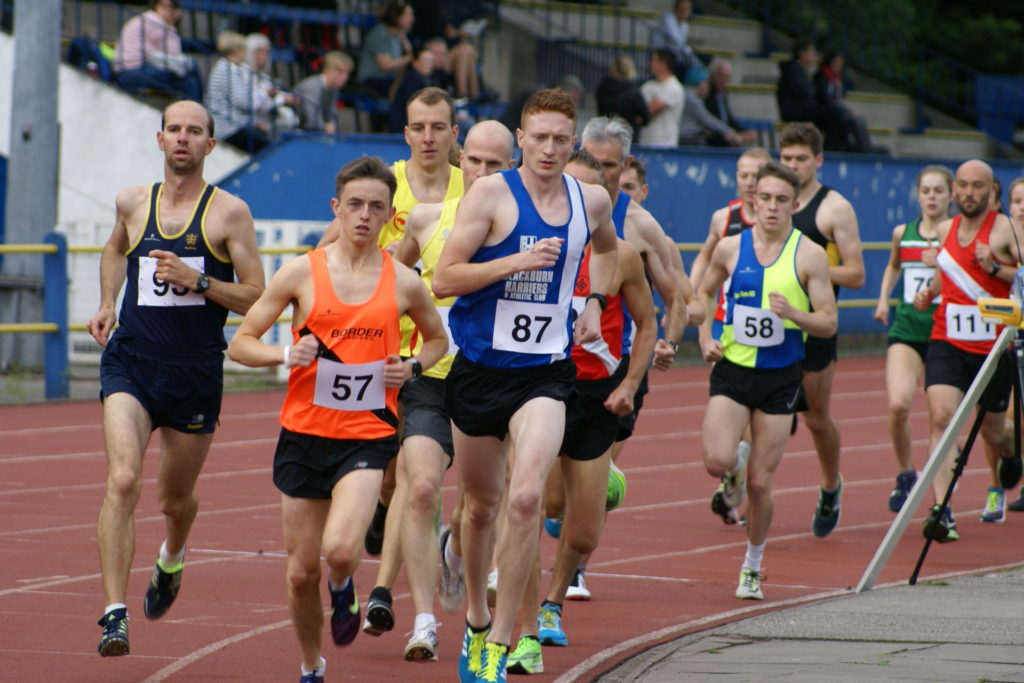 Matt Ramsden, Marc Hartley, Ben Makin and Harry Wilkin all contested the 1500m. U17 Matt who won Silver at the Northern T&F Championships at the weekend was hoping to run a new personal best for the 1500m and duly delivered with a blistering finish in the home straight to register a new PB time of 4.11.23 in 4th position — as Marc in the same Heat ran 4.14.86 in 10th place. New member for the Harriers – Ben Makin, running his first ever competitive 1500m – had a fine run to clock 4.28.79 in his Heat; And finally in the 1500m races, U17 Harry Wilkin who had to wait until the very end whilst the BMC 1500m races took place made amends by winning the final Race in a time of 5.01.45.

On the Throws side of the evening, V50 Tony Balko – who has entered the European Masters Championships being held in Venice – was out in the Hammer and Javelin taking a win in the Hammer with the senior weight (7.26kg) with a distance of 37.25m and then placed 3rd in the Javelin (700g) with 30.81m.