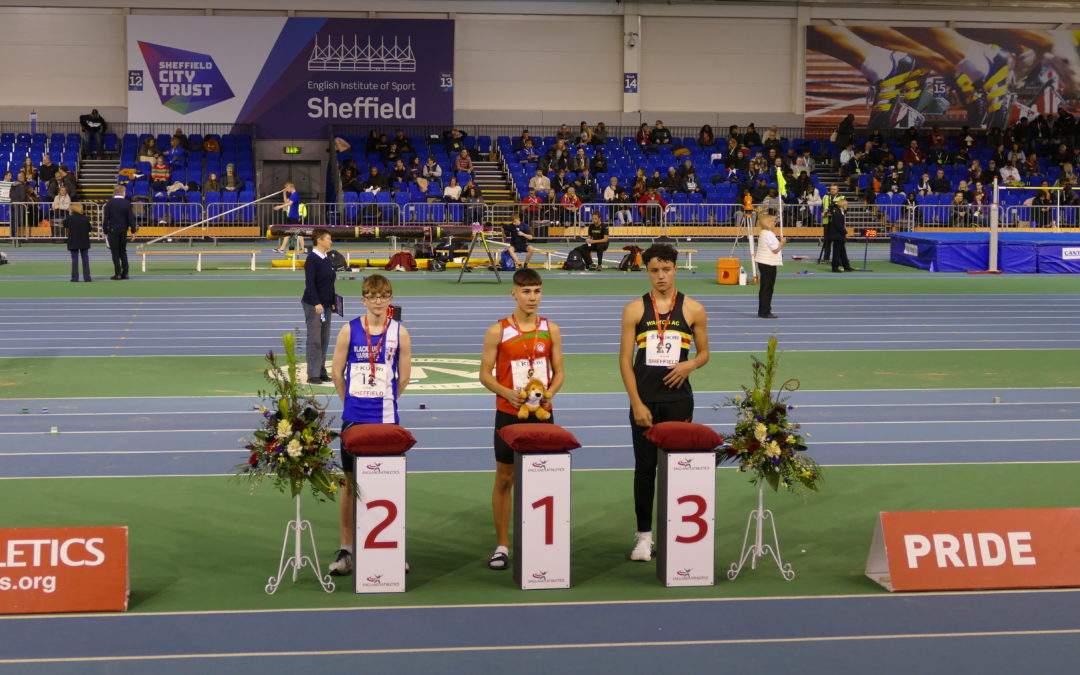 Daniel was competing just one week after winning a double gold at the Northern Athletics U15/U13 Indoor Championships over 60m and 200m and was in confident mood as he approached his first event – the 60m. Going into the National Championships with a personal best of 7.37 he clocked 7.40 to win his Heat, then set a new PB of 7.30 in winning his semi-final. The Final produced a very competitive race in which Daniel ran 7.36 to pick up a Silver medal behind City of Lisburn’s Arnar Brynjarsson and a result which sees him ranked 3rd in the National Rankings. On to the 200m which saw Daniel get off to a good start in Heat 2, taking 2nd place in 23.85 which qualified him for the Final where he came in 4th clocking 23.83. Two Northern Gold and one National Silver Medal in the last 7 days is a great achievement.

Speaking to the Harriers at the end of the Championships Daniel told us that “It has been a great weekend representing Blackburn Harriers at the championships and the whole experience has left me with the drive to push myself even further.  Winning the Silver medal at 60m topped off the whole experience and I am so grateful of the support that has been given to me by the coaches and Blackburn Harriers.” 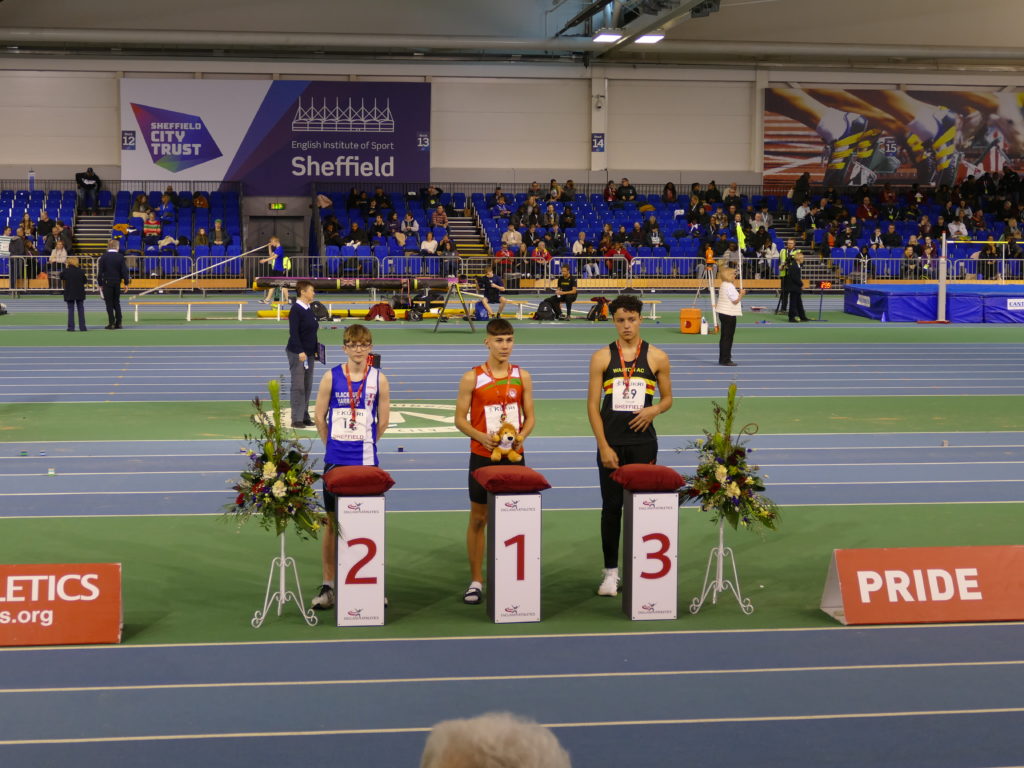 Going into the 60m Millee Schofield had a best of 8.20 and battered that time in her Heat, placing 2nd with a new PB time of 8.04 after which she ran 8.13 in the semi-final in 5th spot. In the 200m U15 Millee went into the National Championships on the back of a new personal best in the 200m (26.58) run at the Northern Athletics Indoor Championships the week previously where she had won a Bronze Medal. She was drawn in Heat 2 and ran 26.71 in 4th place. Millee Schofield setting up for the 60m 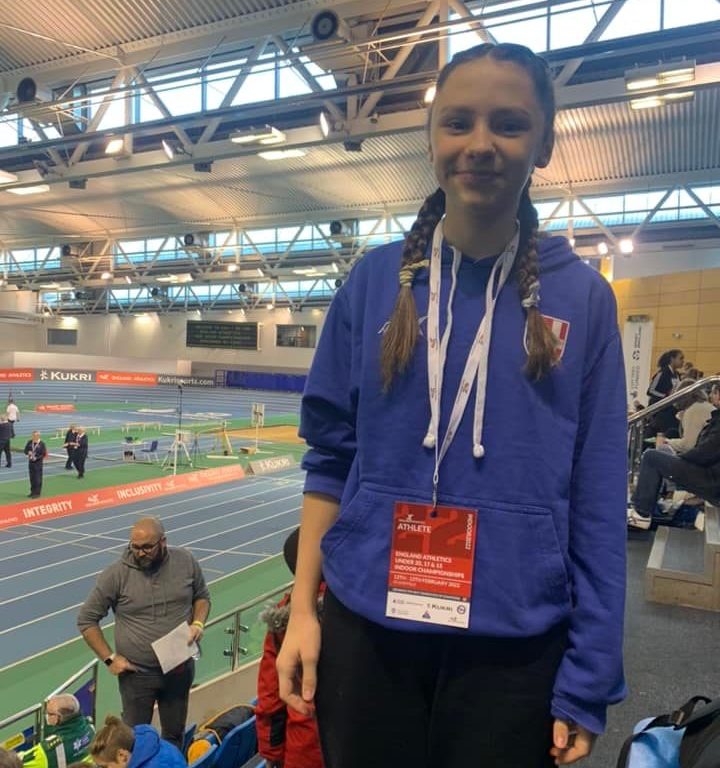 Jacob Fisher went into his Heat of the 60m with a personal best time of 7.77 set at the Northern Athletics Indoor Championships which won him a Bronze Medal. Showing the same form he equaled that time in his Heat (7.77) in 5th place and then improved upon that in the semi-final where he set a new PB of 7.75 in 6th position.

In the field events, multi-eventer Matthew Smith (U15) took on the High Jump – one of nine athletes in the straight Final. Matthew cleared a season’s best height of 1.60m which gave him 6th spot. 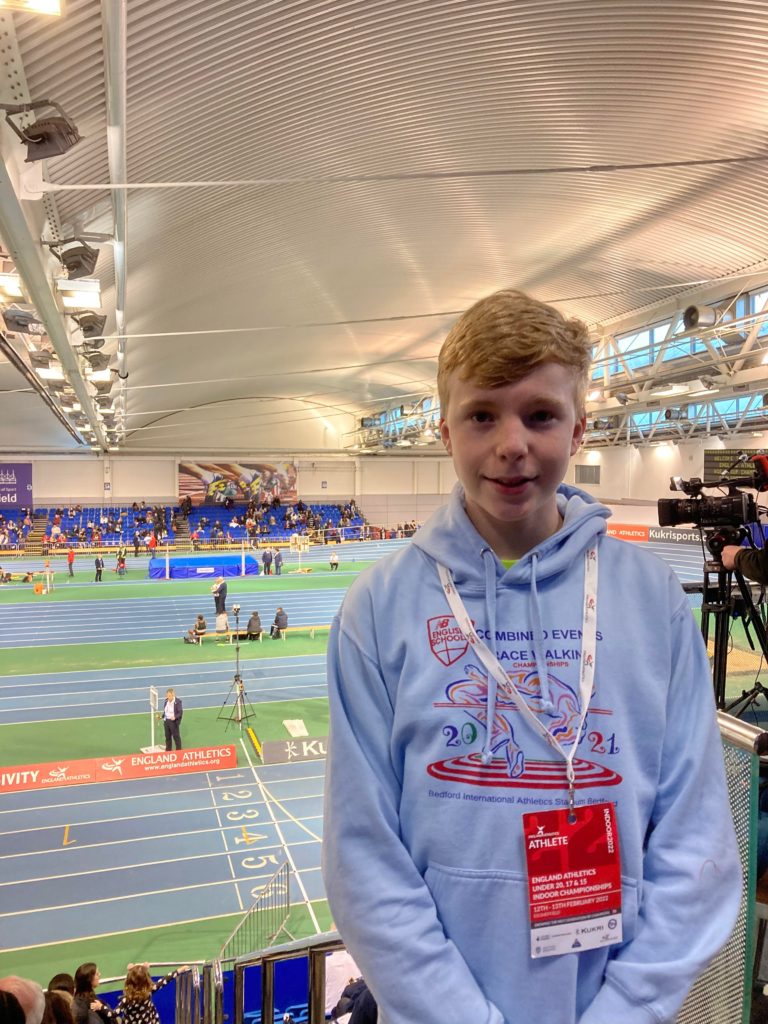 Leigh Sports Village was the chosen venue for the 2021 for the Presentation of all the Awards won by the different individuals and teams during the 2021 season. Blackburn Harriers picked up a number of Awards including:

U13 Girls       Individual Bronze Medal for the Series – Agatha Taylor

U13 Boys      Individual Gold medal for the Series – Sam Aspey