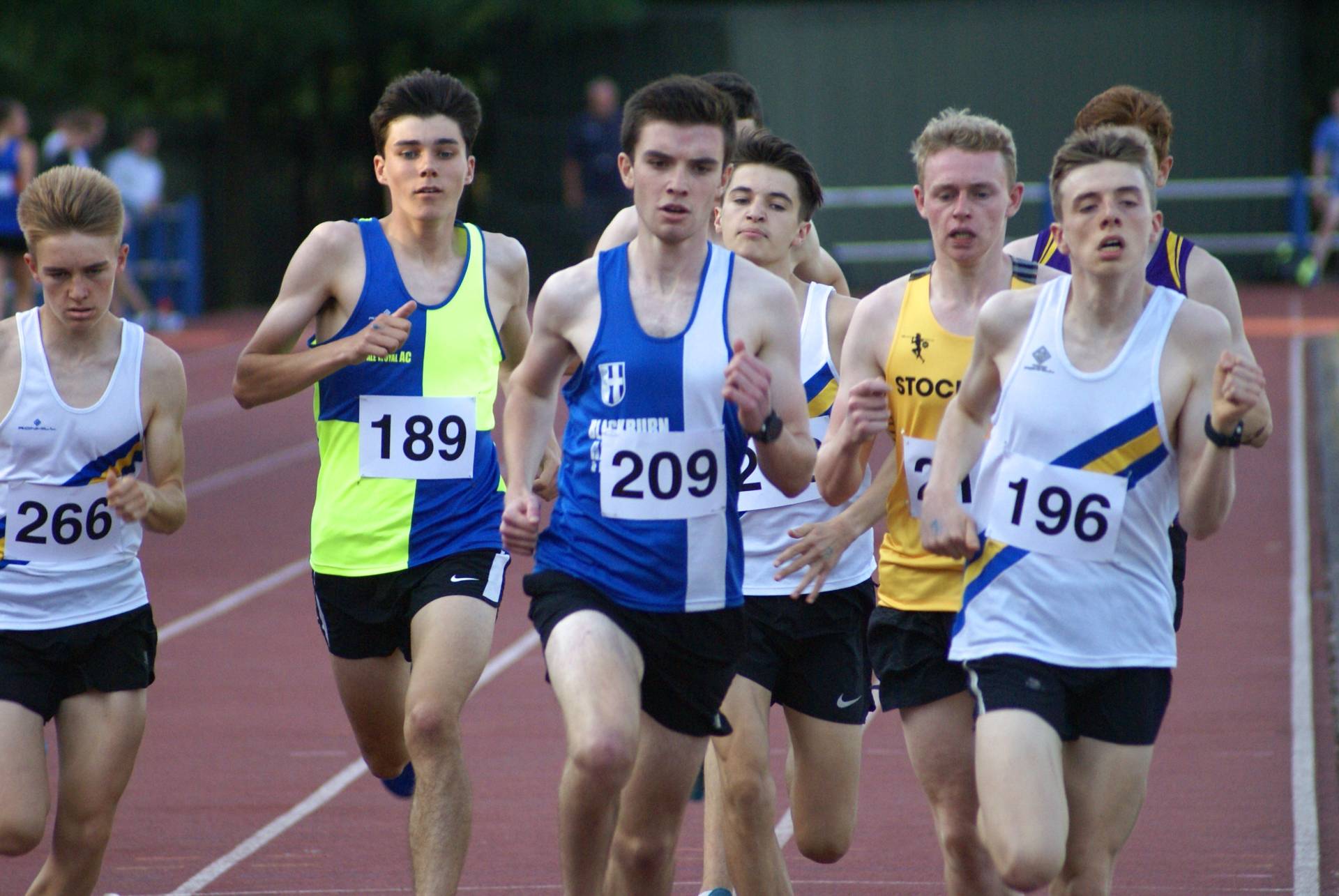 Another red hot night greeted the athletes for the latest in the Trafford Tuesday night meetings with seven Blackburn Harriers amongst the evenings competitors.

James Marchant who has already set a new personal best in the 800m this year took on the 1500m with a new personal best in mind and he did just that as he won the race in a time of 4.02.52 from a fast finishing Bruno Lima in 2nd (4.02.67). Tim Raynes was in a good spot in this same Heat but unfortunately fell approaching the bell as the athletes jockeyed for position. 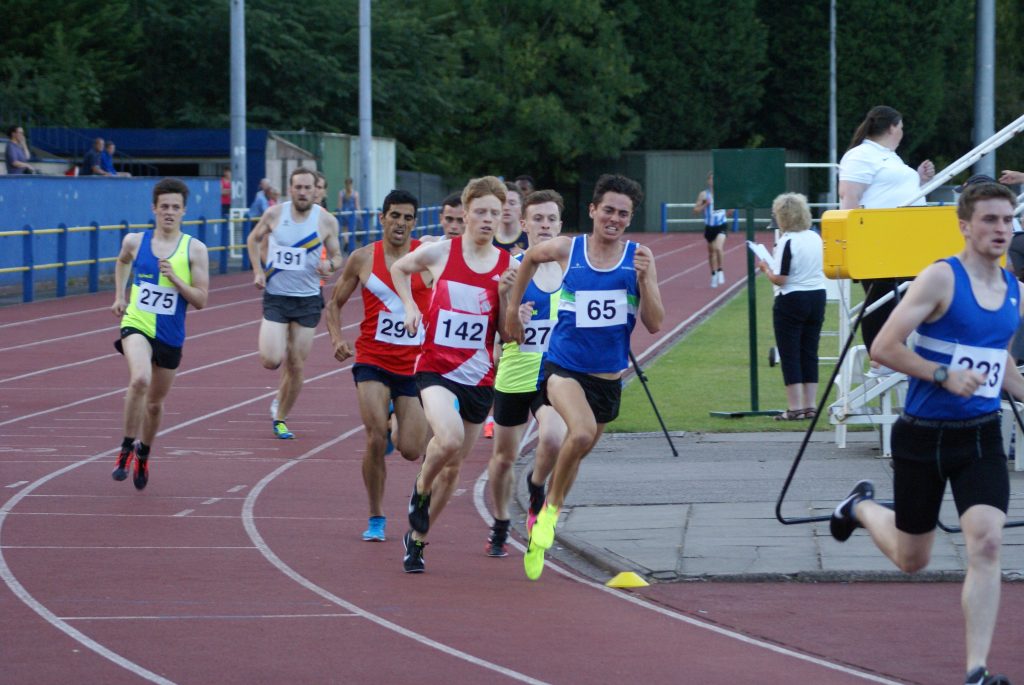 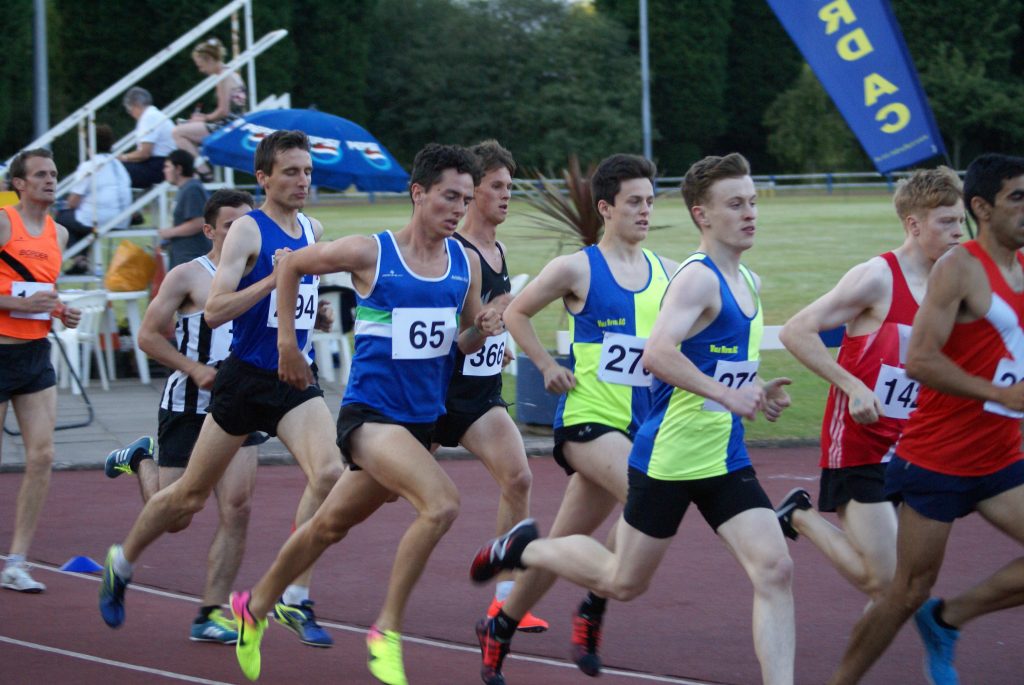 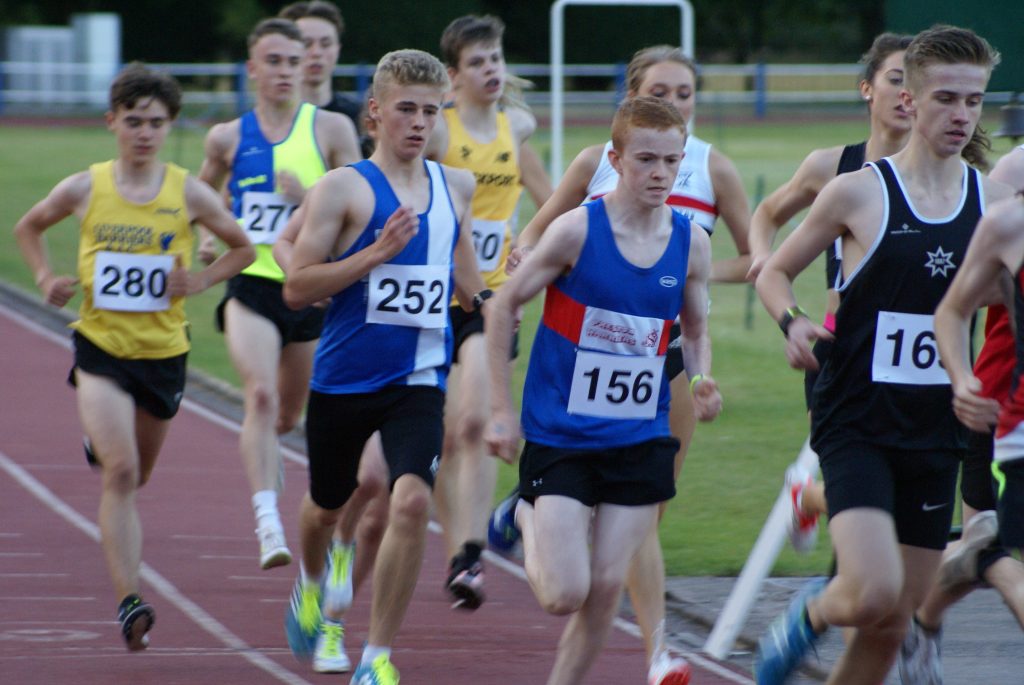 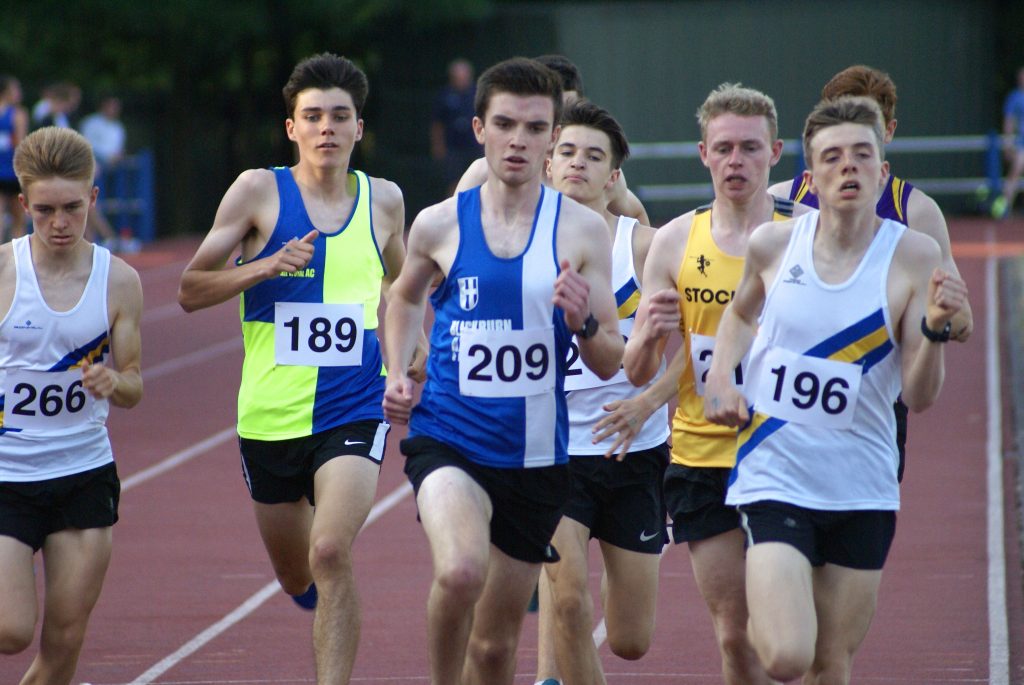 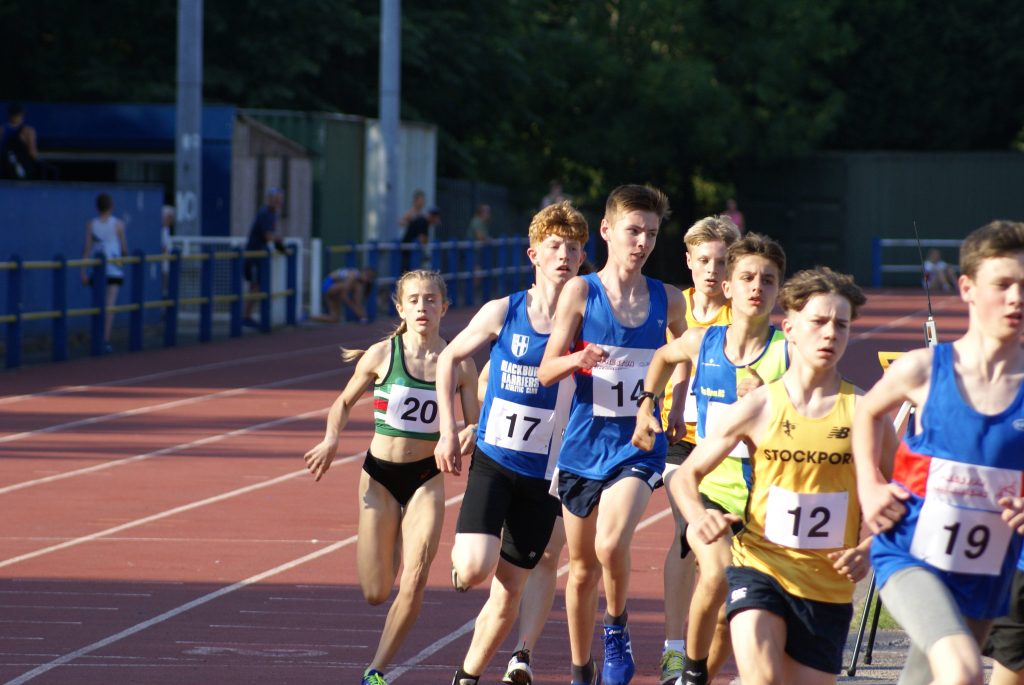 U17 Matt Ramsden and in his first year in the age category was a whisker away from winning Heat (2) of the 3000m as he ran a time of 9.05.96 with a storming final 200m of 30 seconds and just failing to catch the eventual winner just as they crossed the line – Senior Callum Rowlinson ran 9.05.26. 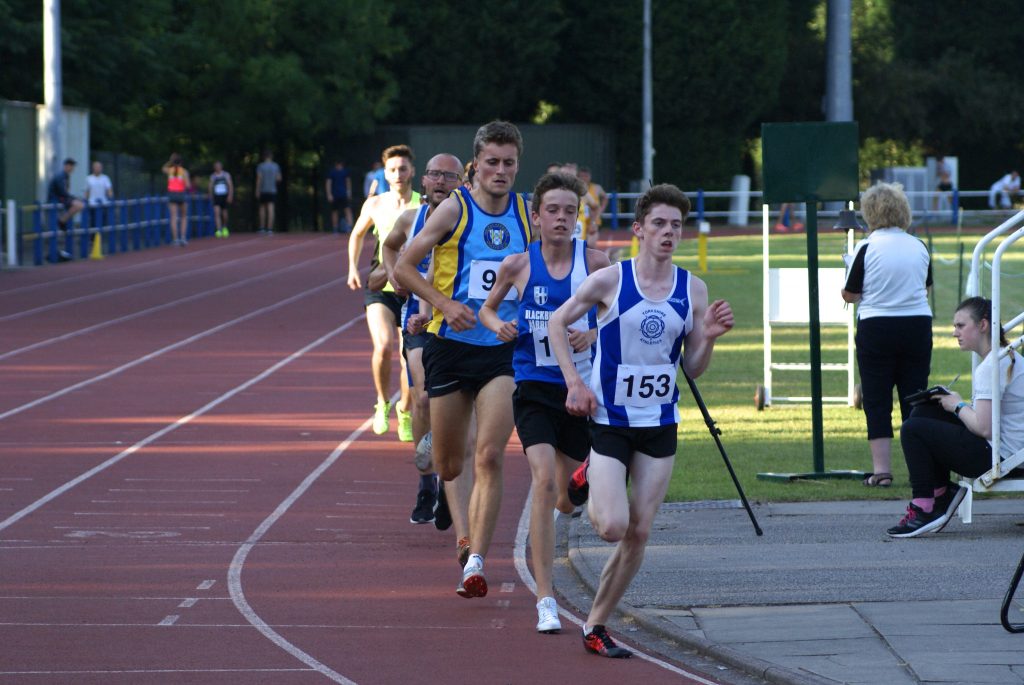 Rob Warner ran the ‘A’ 1500m BMC race and was in contention for most of the race as he placed 4th with a time of 3.50.53, with just over a second separating the first four finishers. 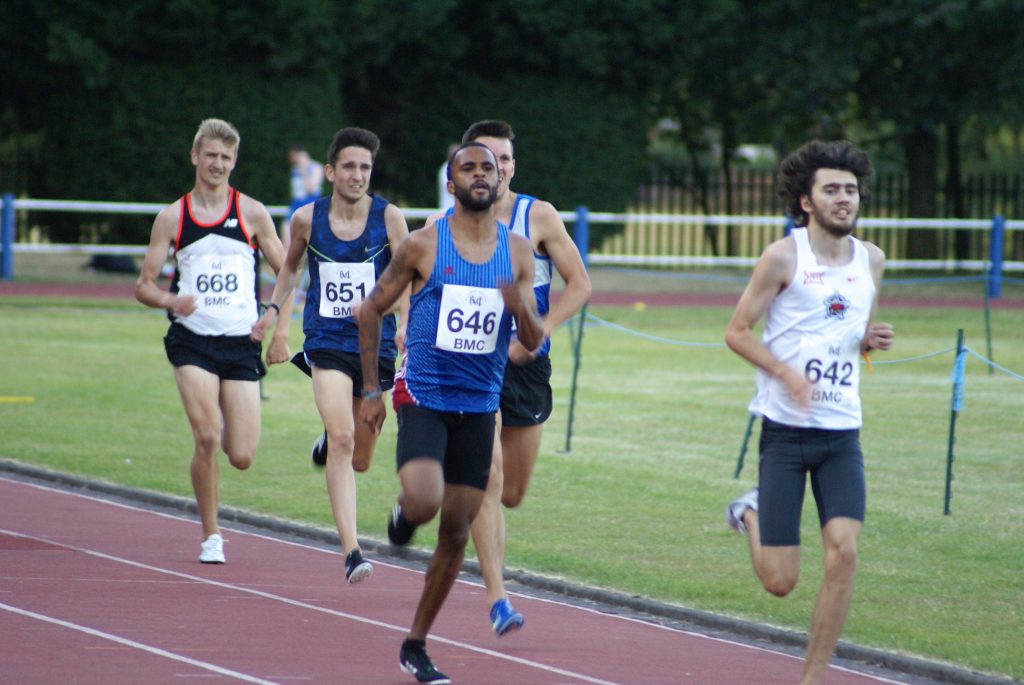 Tony Balko (V50) had a great Championships at the weekend, winning two Gold Medals and setting two new PB’s. Tony is targeting the World Masters Championships this year and there is no doubt that he is hitting some good form lately.

Tony’s win in the Discus saw him set a new PB with the 1.5kg weight of 38.98m, some two metres better than his previous best and a similar distance saw him set another new PB in the Hammer (6kg) of 39.45m to take his second Gold Medal of the day. 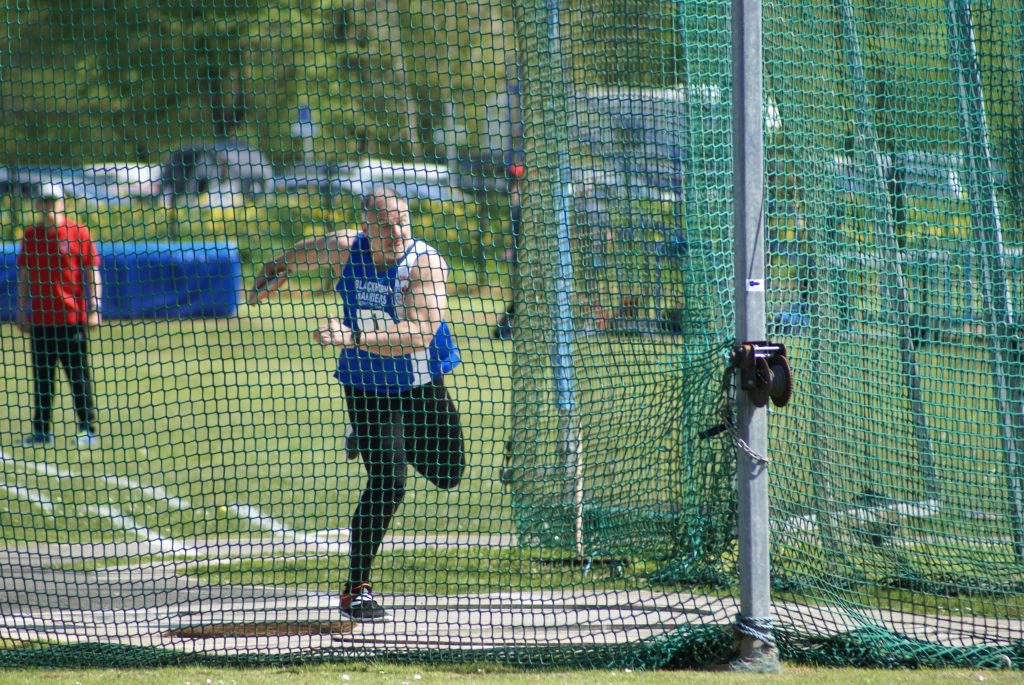