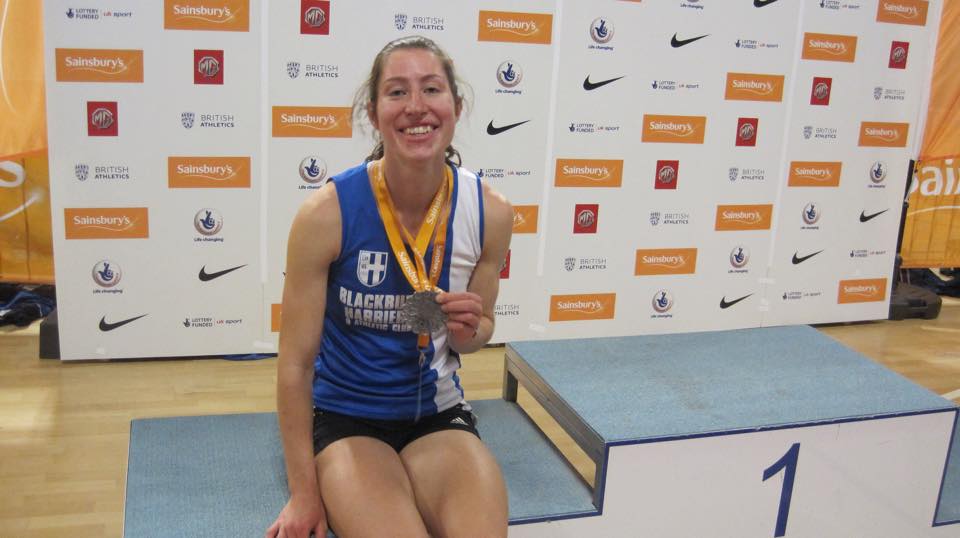 A great weekend for Alison Leonard when she won the Silver Medal at the British Indoor National Championships. Alison won her semi-final in the fastest qualifying time of 4.26.59. Laura Muir won the other semi in a time of 4.29.54 and it was these two athletes who fought it out for Gold & Silver in the Final with Laura just edging it with 4.13.06 to Alison’s 4.13.57. 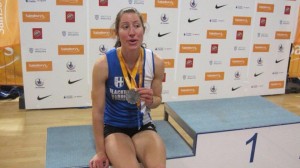 Alison was pleased with her performance and told the Club after the Race that “I wanted to be a little bit closer to Laura at the end and perhaps challenge a bit more but I’m happy with my silver and I have the chance to try and run a bit faster at the Birmingham Grand Prix next week”.

Another Blackburn Harrier having a good weekend was Karl Billington. Karl ran in Race 5 of the London Colleges League at Reading for St Mary’s winning it in a time of 20.40, seventeen seconds in front of 2nd placed Matt Dickinson also of St Mary’s. Karl commented afterwards that it “‘Was great to finally win one of these races after 5 attempts this year improving each time and now leading the series overall with one race to go, trainings going well hopefully I can kick on for national cross”.  St Mary’s is leading the Team competition and Karl leads the Individual competition so every chance of a double shortly.