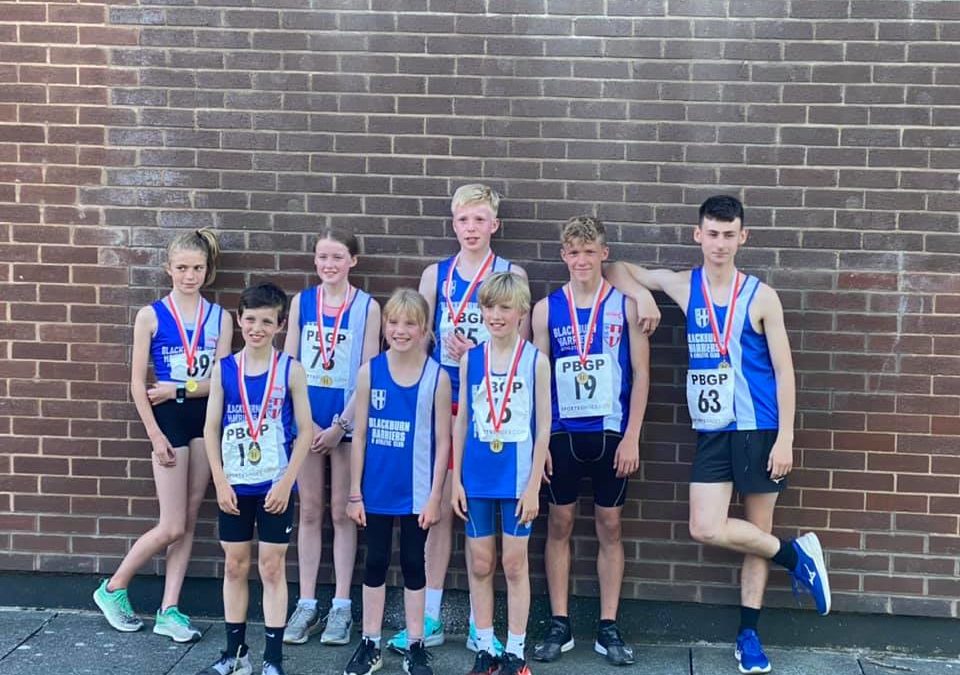 Another lovely summer’s evening and another Race in this year’s Pendle & Burnley Grand Prix Series featuring a 5k run for Seniors and a number of Junior races – one hundred and seventy seven runners in the Senior race and sixty eight Juniors in three different age category races.

Two Blackburn Harriers took part in the Senior 5k Race – Ryan Bradshaw and David Almond. Ryan claimed a top five spot on the night with this 4th place clocking of 16.23, Rossendale’s Stephen Corbishley taking the win in 15.59, with Clayton’s Daniel Fleming in 2nd (16.18) and Jonathan Cleaver (Rossendale) in 3rd with 16.21. V55 David Almond was doing just his second race since December 2018 and put in a good performance on the night coming home 22nd overall (18.18) and 2nd V55, just 2 seconds behind the 1st V55. 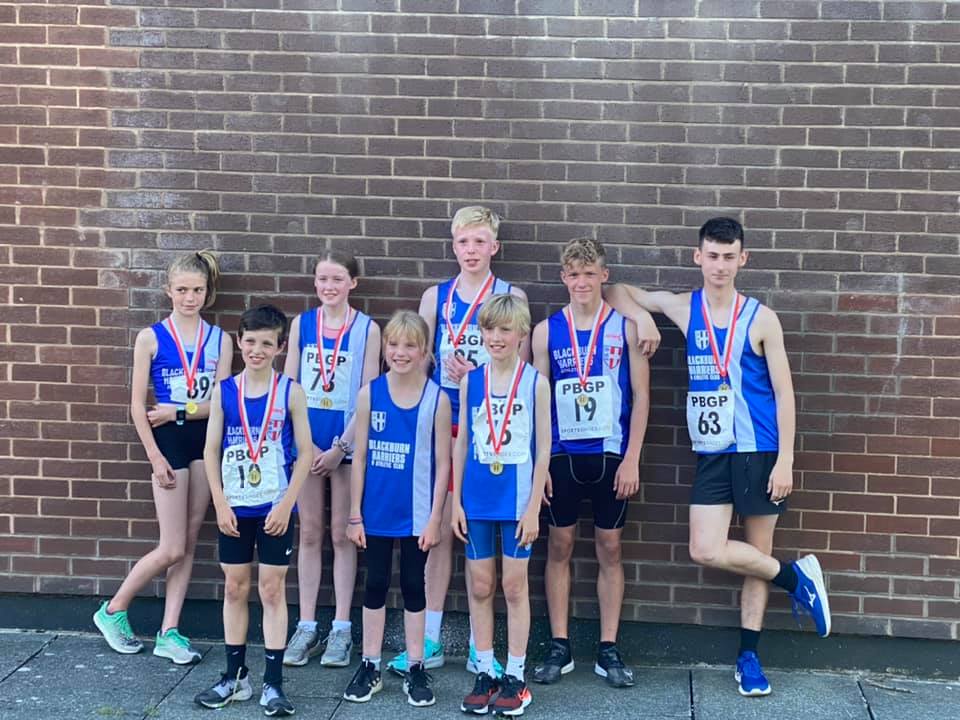 Three age group races for the Juniors including an U7/U9 Race, U11/U13 and U15/U17 Races. Five Blackburn Harriers in the U11/U13 Race of thirty nine runners. After winning the Towneley Park Junior Race for U11/U13’s a few days previously on July 11th, U13 Theo Robinson consolidated that form with another win in a time of 6.55. Next across the finishing line for the Club was U13 Agatha Taylor (7.37) in 6th place overall and 2nd U13 Girl and she was followed by U13 Loucas Lancashire in 18th spot running 8.26. Then came 10yr old Charlotte Smith in 25th position with a time of 8.57 with bottom of age U13 Katie Lawson (27th) with a time of 8.59. 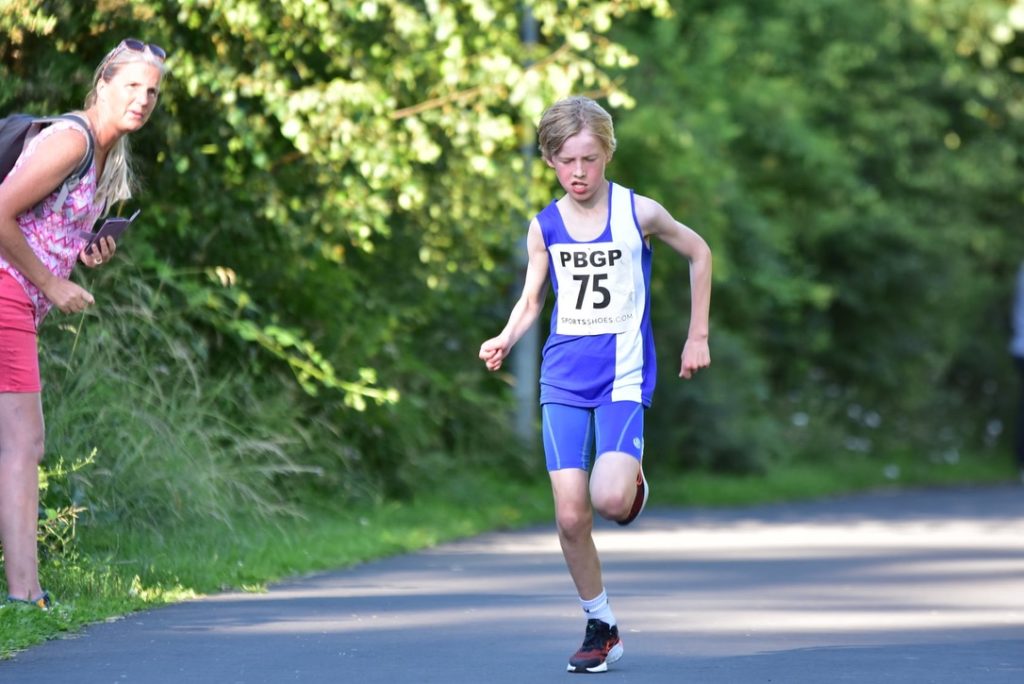 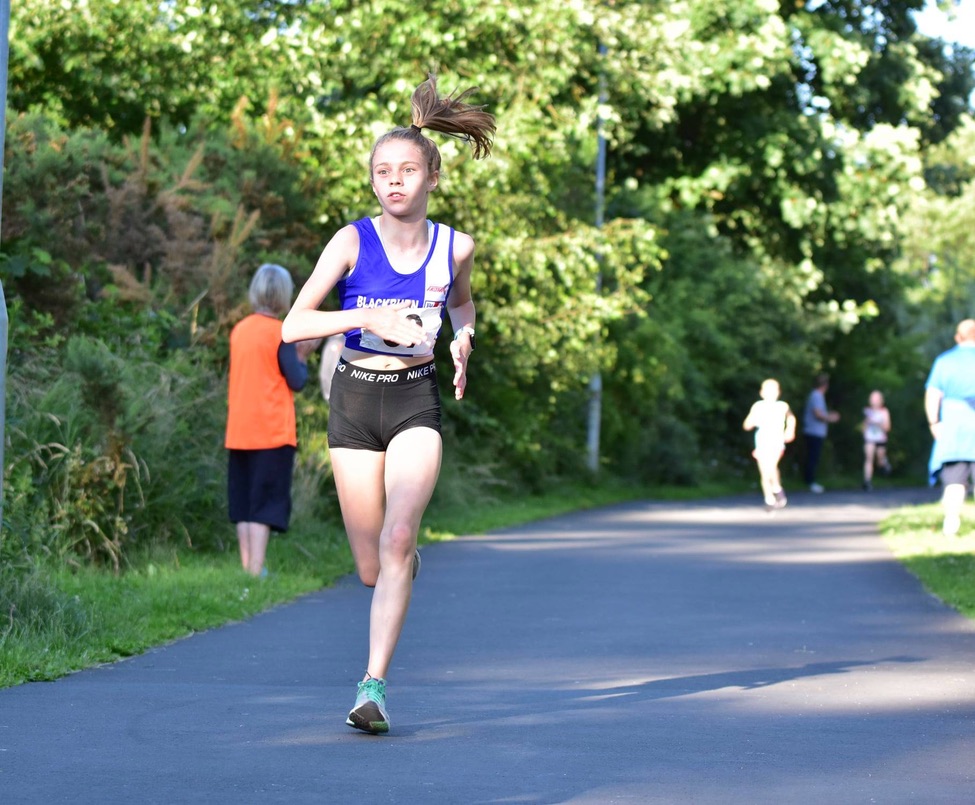 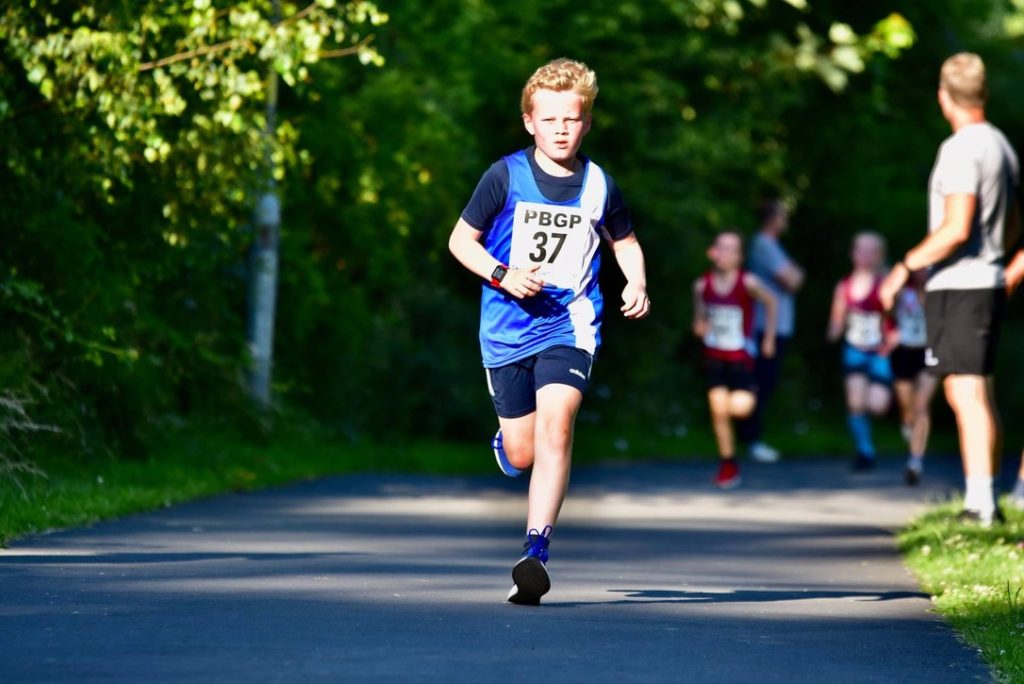 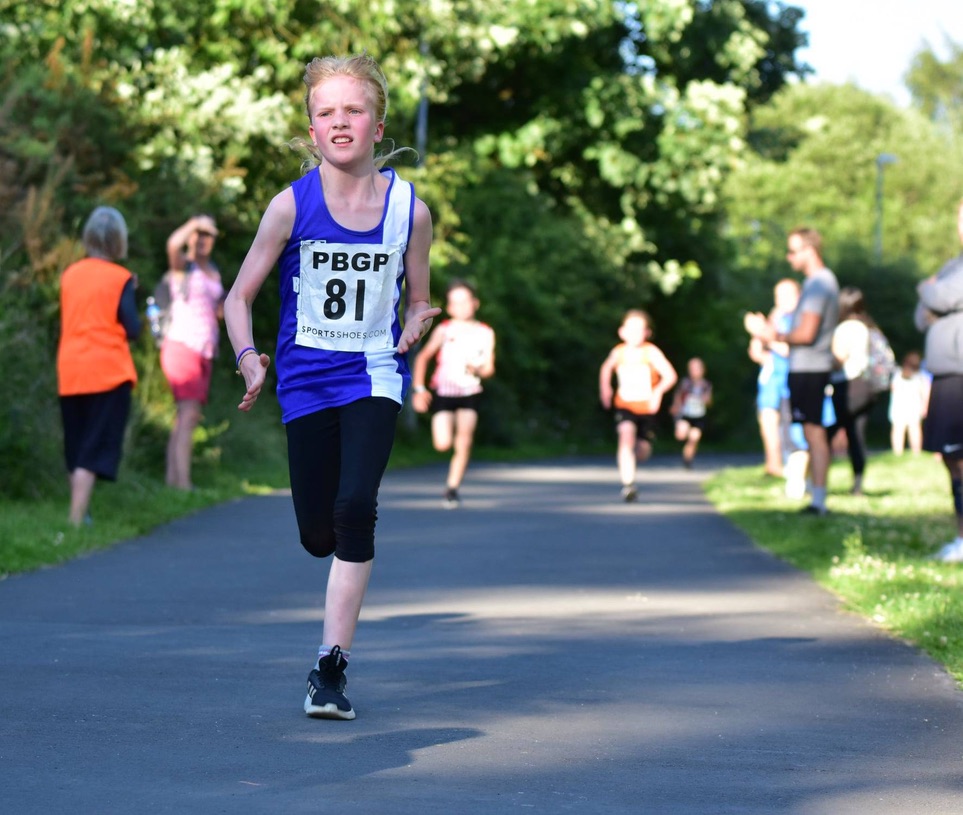 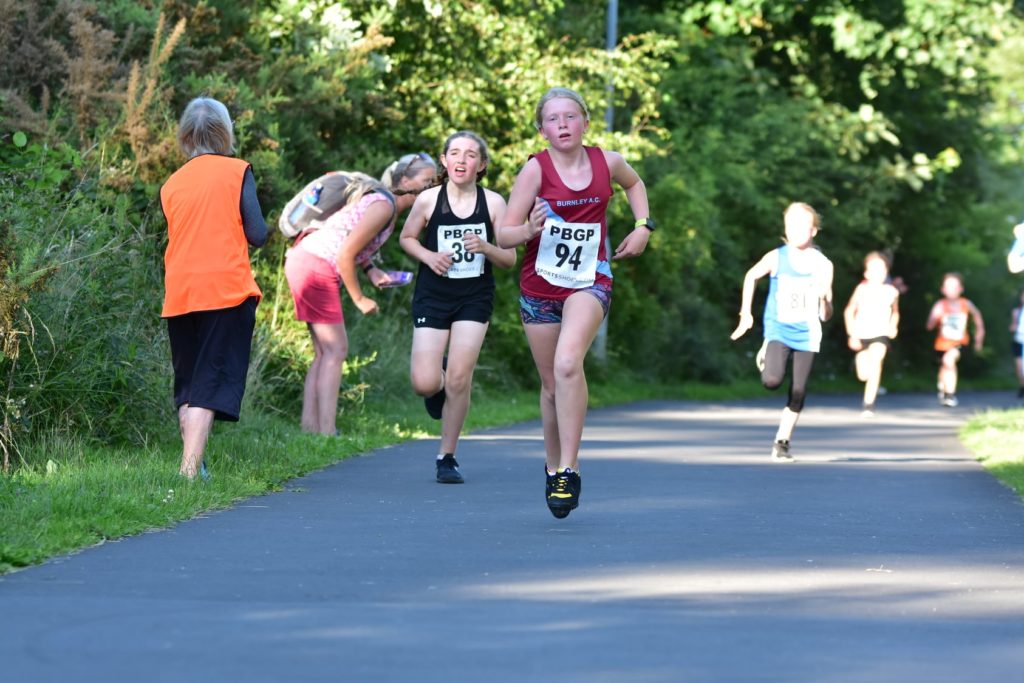 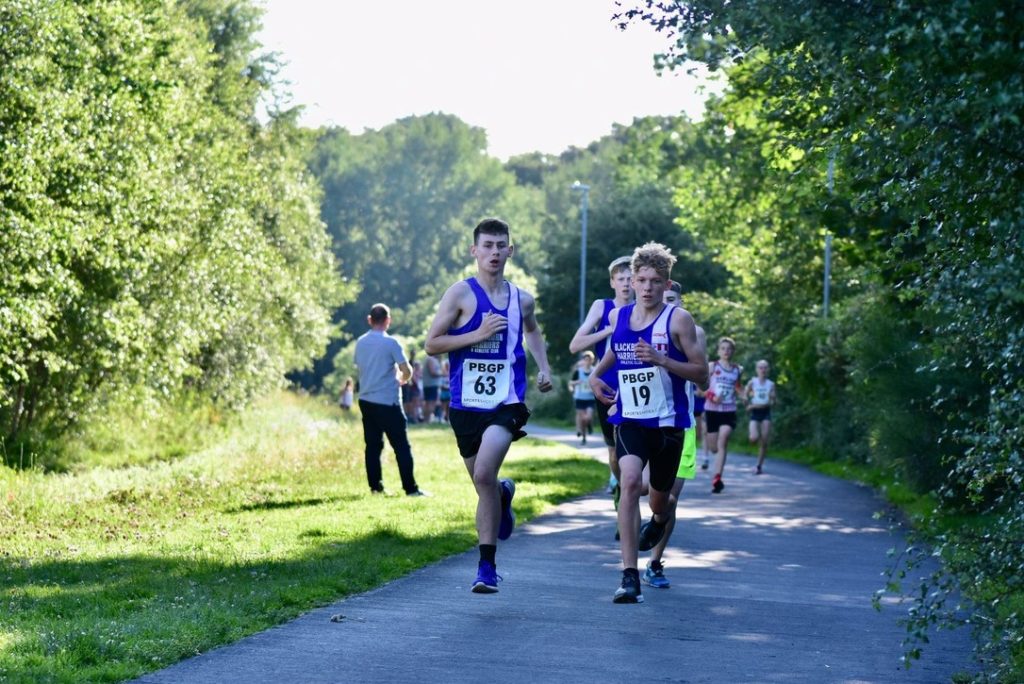 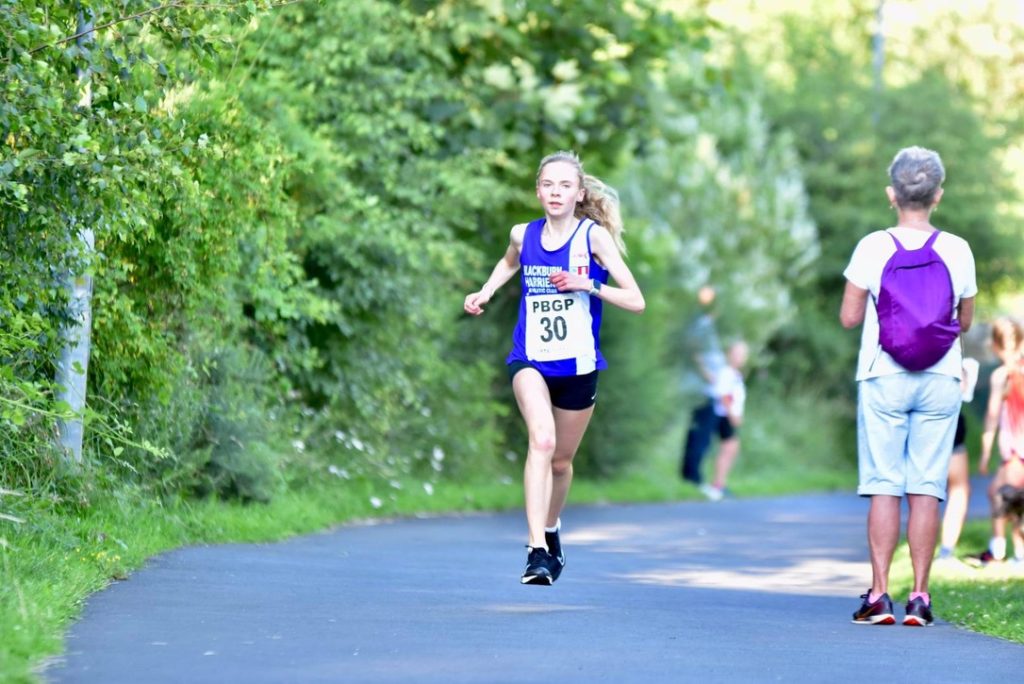 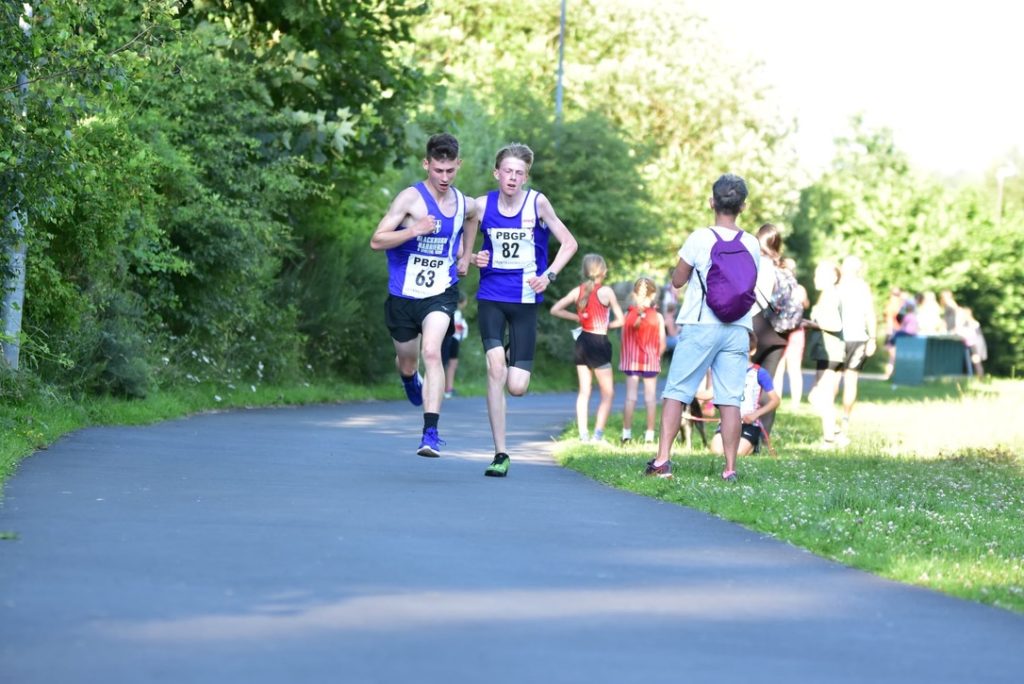 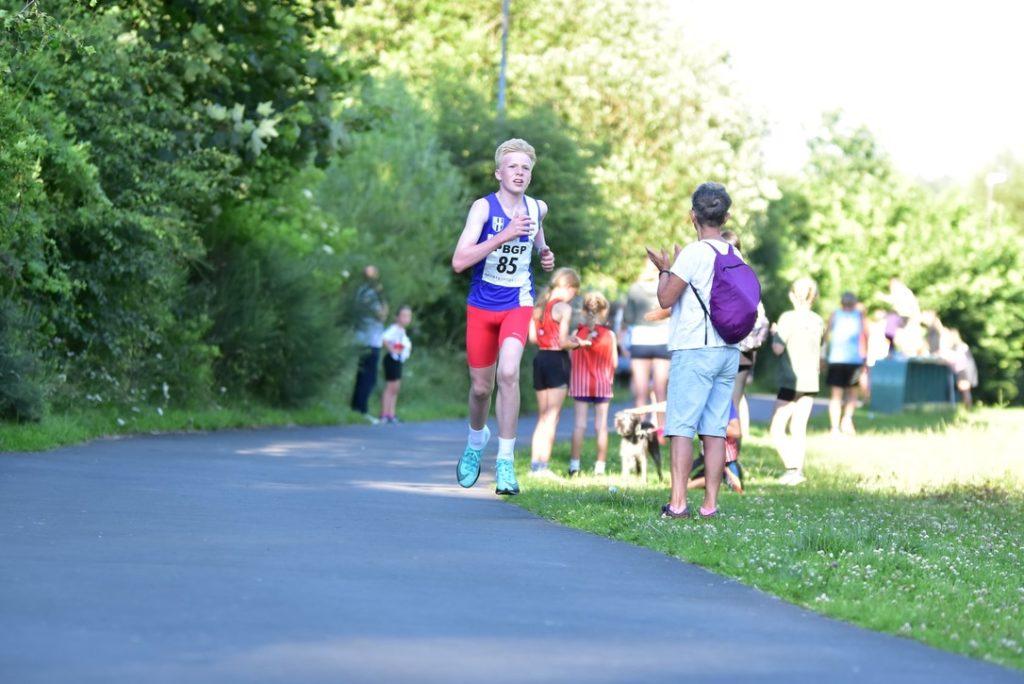 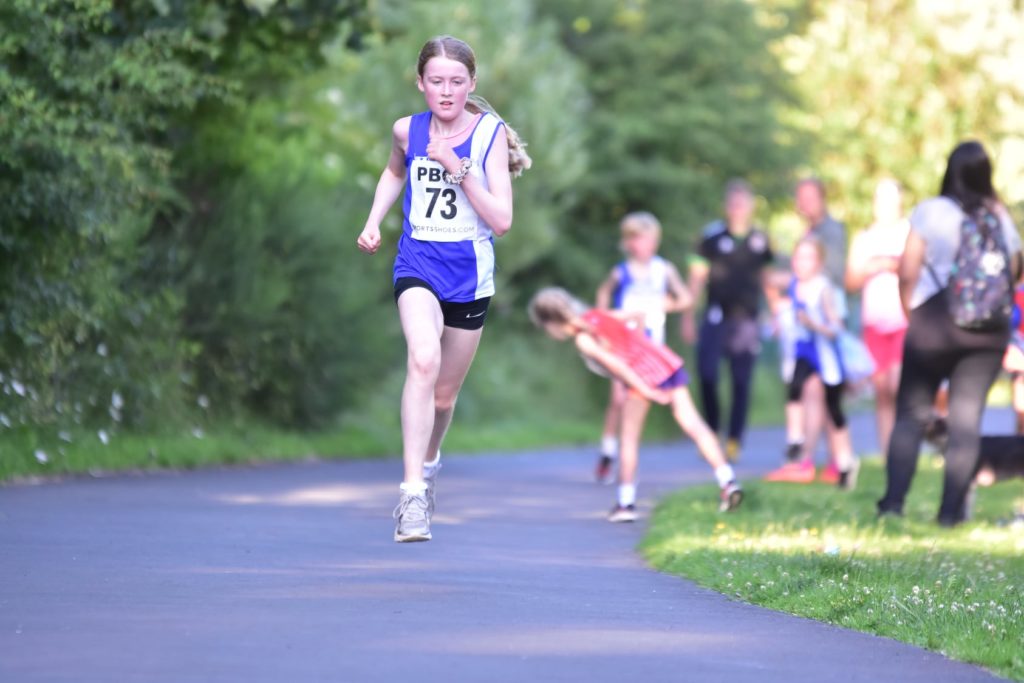