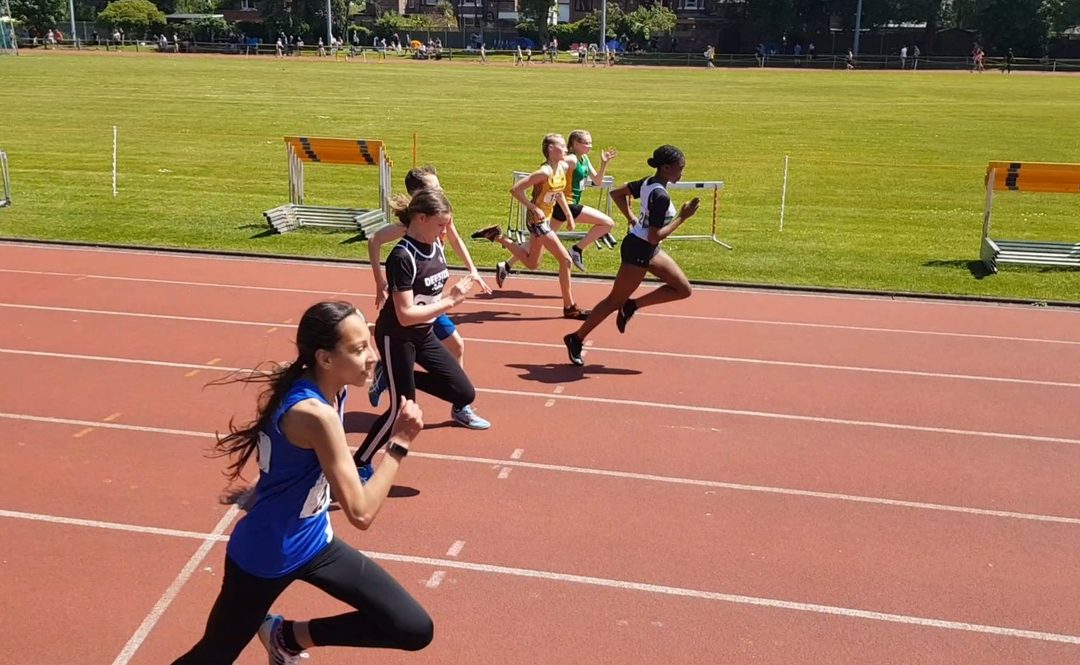 Glorious sunshine greeted the young athletes at the Bank Holiday Monday U15 Medal Meeting at Trafford, featuring quite a number of young athletes from Blackburn Harriers – eighteen in total. Open meetings like this provide an opportunity for real competitive experience for youngsters just starting out without all the pressure of having to try and accumulate Match Points in a League fixture.

With the number of athletes and Heats held on the day, we have to say a massive thank you to all of the Officials. 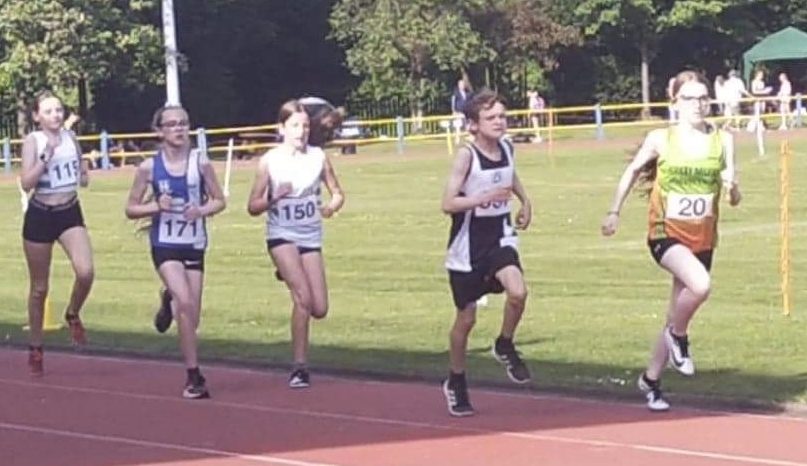 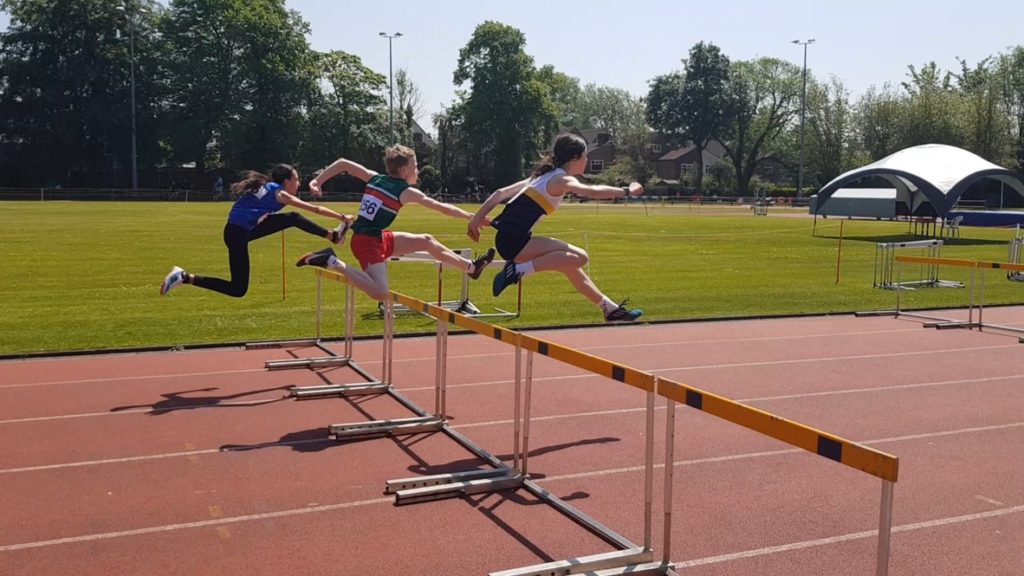 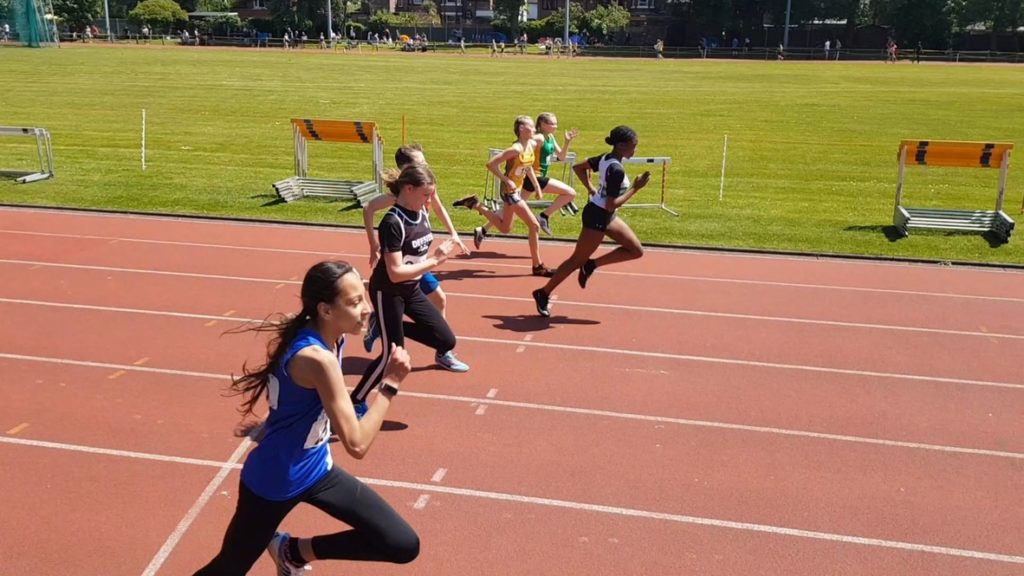 In the 75m there were eighteen Heats altogether with six Blackburn Harriers  involved. In Heat 7 U13 George Camara in his first ever competition for the Club opened up in impressive style by winning the race with a time of 10.75 followed in 2nd spot by an another impressive run from U13 Aggie Taylor clocking 11.68 and a new PB by three tenths. U13 Leila Pilkington ran in Heat 8 in her first competition for the Harriers running really well in 3rd position in a time of 11.65. Heat 13 saw Isaac Brindle (U13) – another athlete in his first competition for the Club winning the race with a time of 11.52. On to Heat 15 where another debutant for the Club – U13 Emma Joy Gitay – got her season off to a good start with a 3rd place and a time of 12.78, followed in Heat 16 by U13 Grace iLunga running a time of 13.48 in 3rd and in Heat 17 Mimi iLunga placing 5th in 14.49.

In the 200m U15 Daniel Nuttall got his season off to a flyer with a 26.07 clocking in the first Heat placing 5th which is a new PB as his previous best time of 26.01 was wind assisted. U15 Harrison Allcock kept up the good performances, winning Heat 3 in a new PB time of 26.97 – an improvement by just over half a second.

Seventy three youngsters entered the Long Jump divided up into seven Pools. U13 Leila Pilkington making the most of the day having run in the 75m and 150m races made her debut in Long Jump in Heat 3 jumping 3.16m in 10th spot. U15 Niamh Gater was in Pool 5 going out to 4.11m – a big new PB by 30cms – as she finished 4th. Sprinter Daniel Nuttall (U15) competed in Pool 6 with a jump of 3.97m. U15 Daniel Smith took on the High Jump and went into the competition with a personal best clearance of 1.45m. Finishing 2nd in his age group, Daniel made it two events and two new PB’s as he added 10cms to his previous best, clearing 1.55m which took him to joint 15th in the National rankings alongside Blackburn Harriers Matthew Smith who is at Number 2.

The Discus Pool 1 had 16 athletes contesting, male and female, mixed between U13 and U15’s. U13 Harry Pilkington has recently joined Blackburn Harriers and this was his first competition, and what a start he made, winning his age category with a throw of 21.94m (1kg) which put him in at No. 3 in the National Rankings as they stood at the end of the day. Harry followed that up by taking on the Javelin (400g) coming 2nd in his age group with a throw of 20.52m and rounded the day off with a throw of 7.47m in the Shot Putt which puts him in the top 20 Nationally at this early stage. 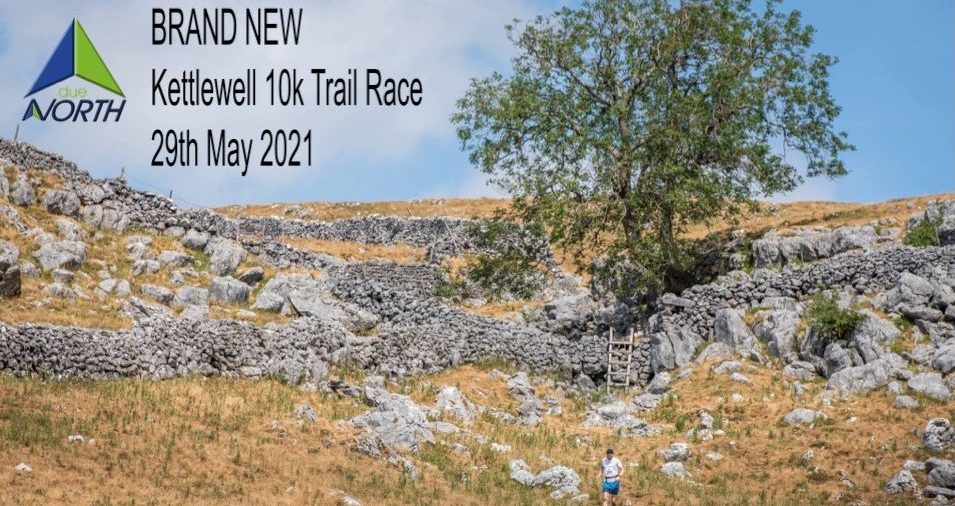 On Bank Holiday weekend, Jonathan Bridge decided along with his wife Claire and son Joe that they would take on the Kettlewell Trail Half-Marathon (Jonathan) and the Trail 10k (Joe and Claire). Jonathan took on what you could say, was no ordinary Half-Marathon judging by the fact that it took International Tom Adams 1hr 36.51 to win the race, with only the first seven runners in the race of two hundred and forty, breaking 2 hours. V50 Jonathan came home in 72nd spot with a time of 2hr 32.53. He has only run three races in the last two years and all of those in January and March 2020. We asked Jonathan about the race and he told us that he thought his run “was terrible but it was just nice to get out amongst fellow runners again in the sunny Yorkshire Dales after Covid – I’ve found it really difficult getting going again after my bout of COVID at the end of last year so hopefully this is a new start”. Congratulations to Jonathan for battling back through not only having Covid but also having to deal with longer term consequences of the virus. Son Joe was in the 10k and had a good run to win it in a time of 54.05 whilst mum Claire (V40) who runs for Blackburn Road Runners, finished 23rd and 1st V40 in a time of 1hr.16.48. 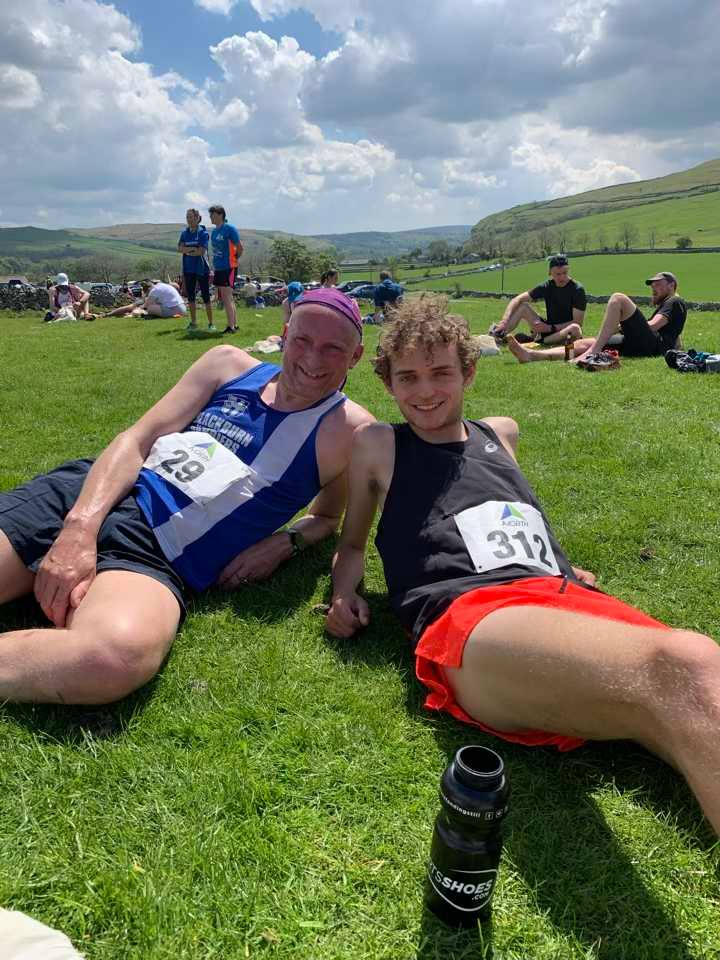 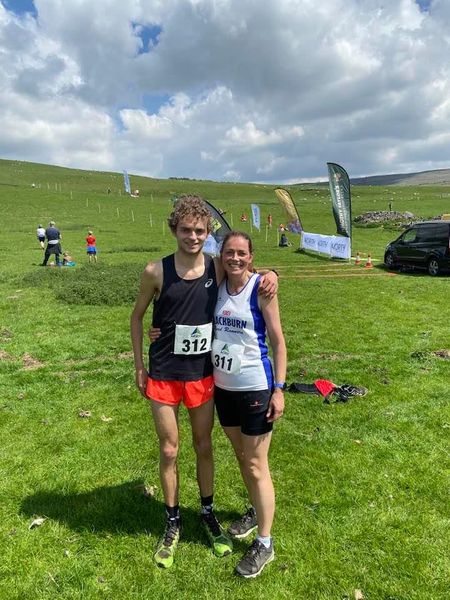