Ben breaks Course Record at Horwich – Higher & Higher for Holly – Sam moves to No. 1 in the National Rankings – Seasons best for Jess – Janine & the Ironman 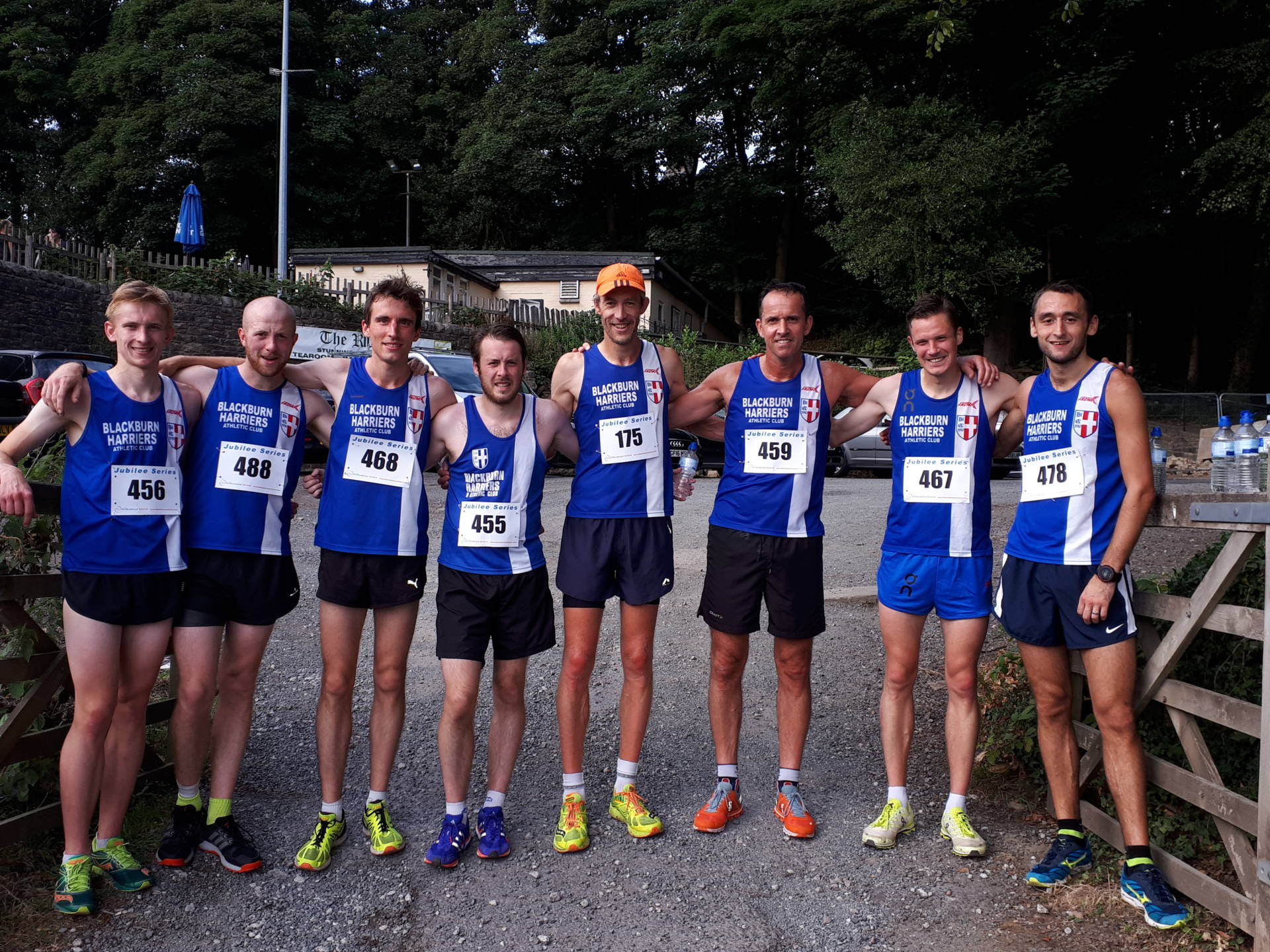 Race (3) in this years Series and held once again on a warm and humid night saw another fine performance by the Harriers which produced the Race Winner, Team 1st place and Vet Category wins.

Topping the performances was the run of Ben Fish who broke his own course record when he clocked a time of 25.18 to win the race from Tim Raynes in 2nd place with another very fine run of 25.58. The Harriers had seven of the first ten places with Jack Hindle coming home in 3rd place overall in a time of 26.48. Just behind –  Ben Costello, Chris Davies and Tom Blaney – had a great battle for 6th place which resulted in Ben in 6th with a time of 27.31, the same time given to Chris in 7th place and Tom in 8th in 27.36. Coming home in 9th place came Karl Billington running 28.06 followerd by Paul Guinan in 15th spot with 30.29. Chris Davies won the V40 category alongside Paul Guinan who won the V45’s. Lindsay Davies was the sole woman runner for the Harriers  finishing in 52nd place overall in a time of 37.37 and 3rd V45 and she was followed by V55 David Morris in 89th (51.31). 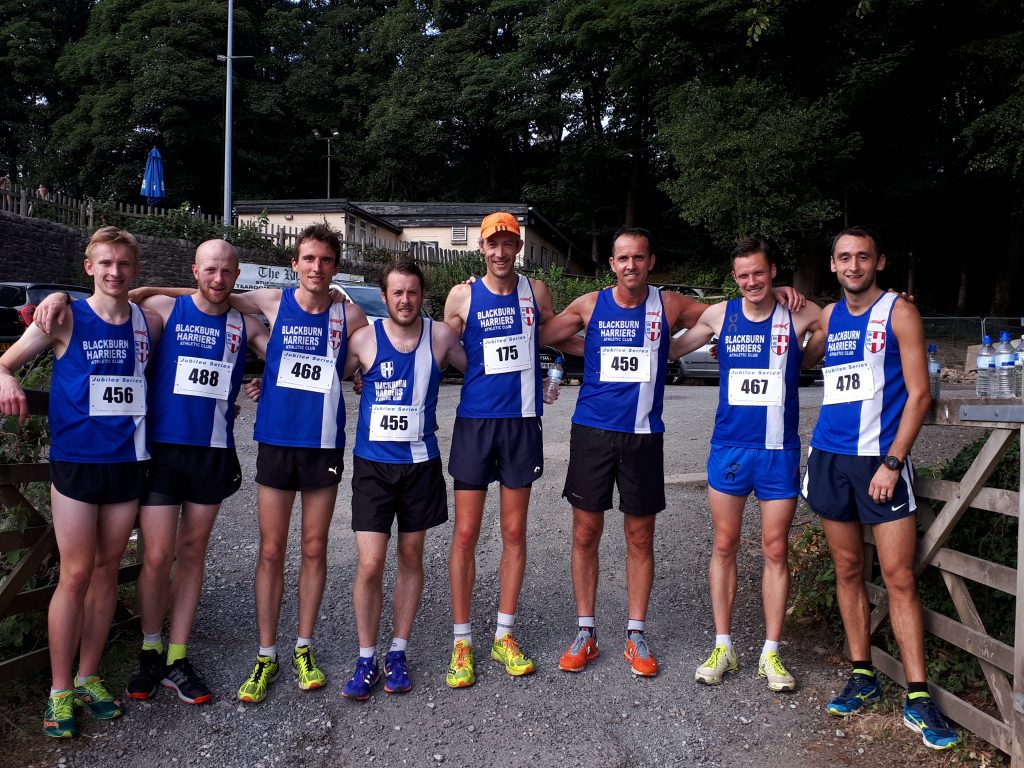 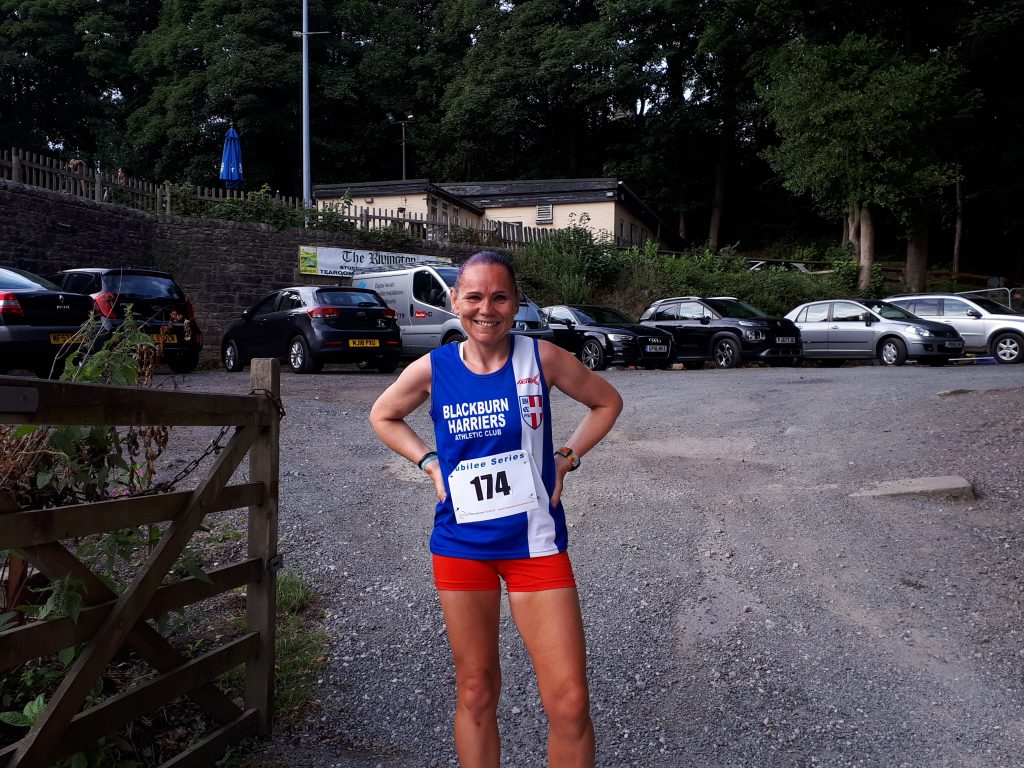 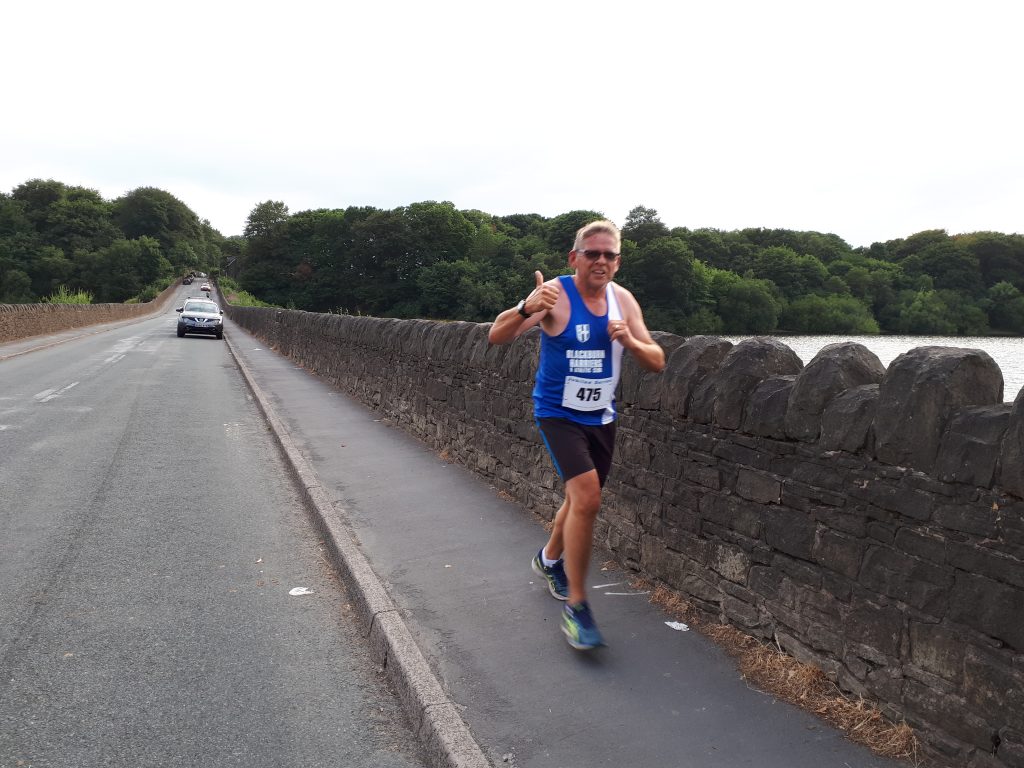 The Harriers youngsters turned out once again at this popular local race for young athletes covering age groups from U9 through to U15 and separated into different age related races. 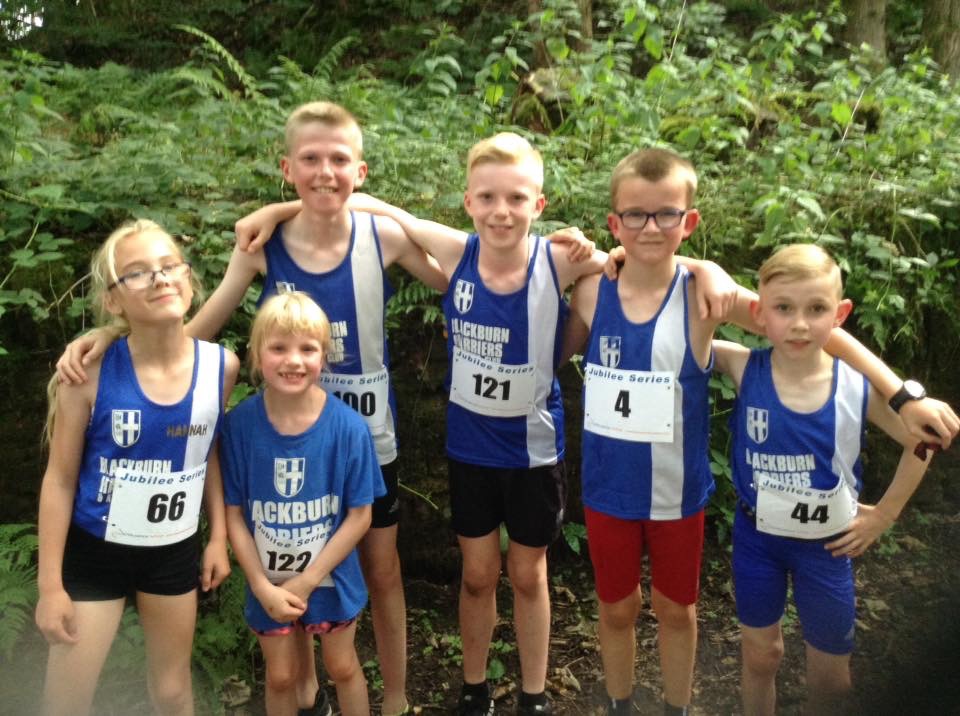 And it was another powerful run by 9yr old Sam Aspey who took 2nd position overall in a time of 5.46, just five seconds behind the winner Ethan Davies who clocked 5.41 for the 1 mile course. If there had been a Team prize the Harriers would have won it as they had four in the first nine spots with Sam being followed home in 3rd place by Matthew Smith (5.48), Daniel Smith in 5th with a time of 5.52 with Oliver Gill in 9th place running 6.05. Findlay Carroll was the next across the line for the Club in 14th position (6.24) followed by Hannah Davies in 20th (6.37) and Charlotte Smith (46th) with a time of 8.28. 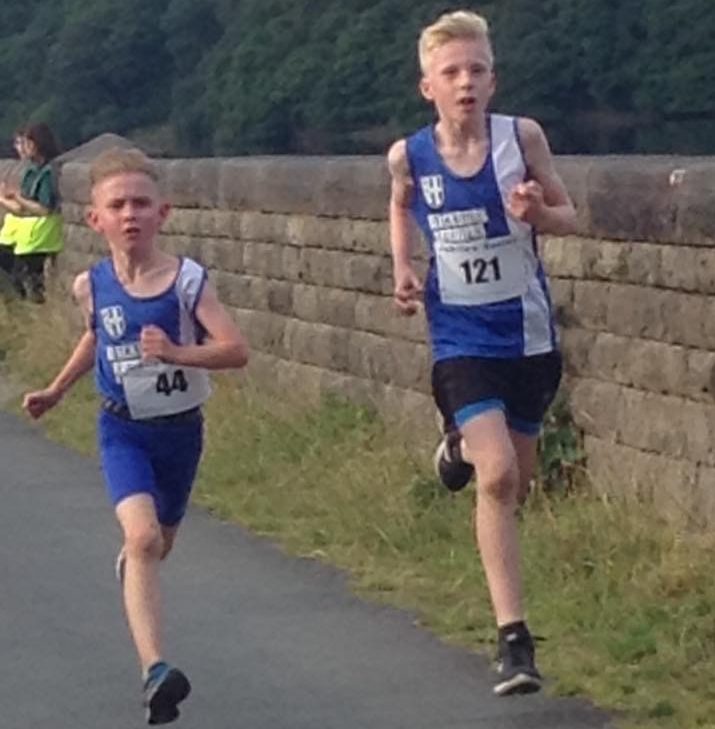 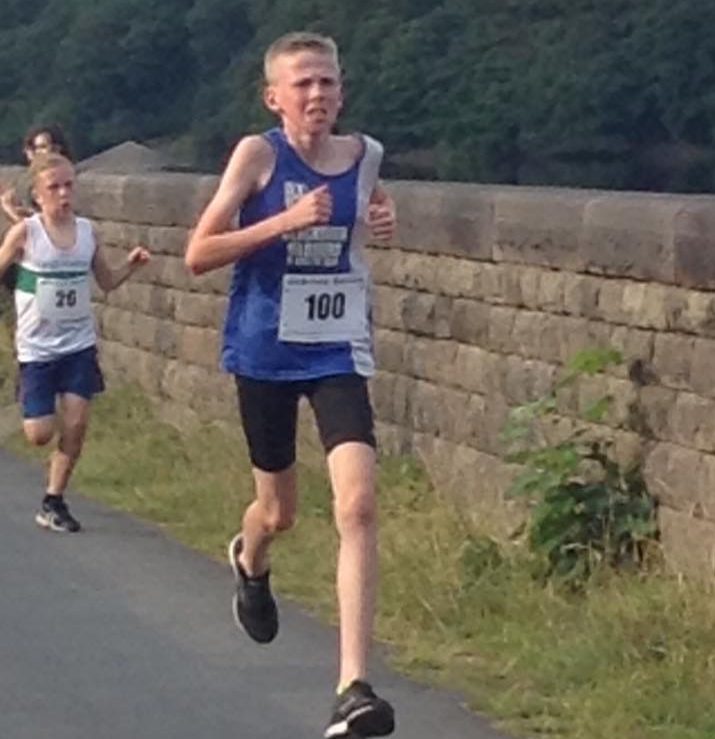 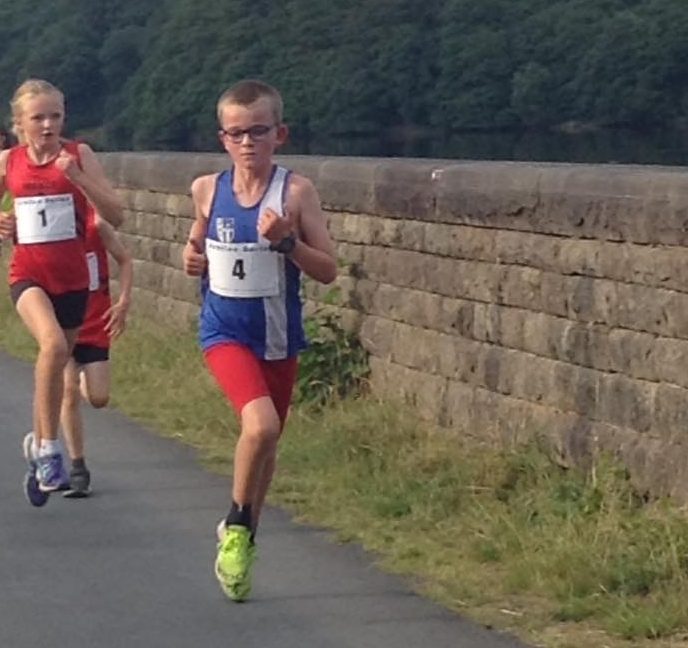 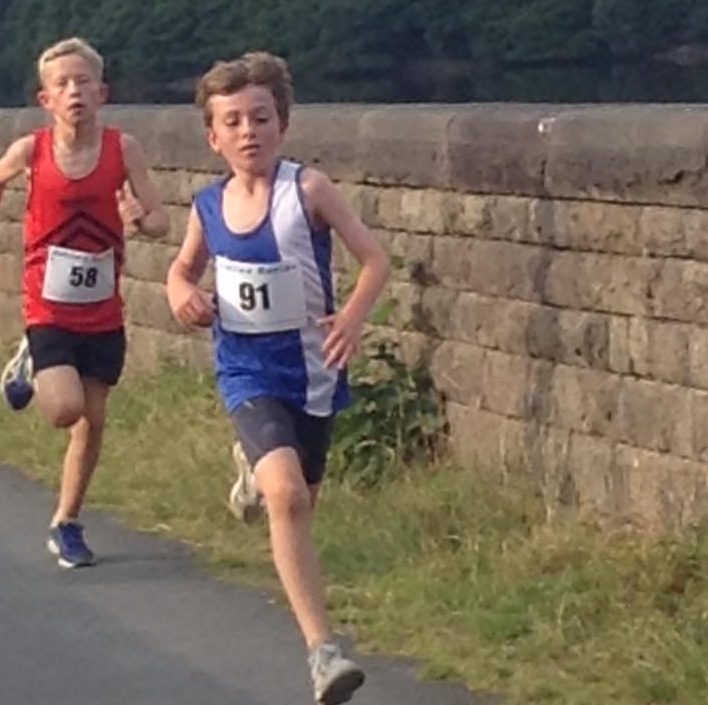 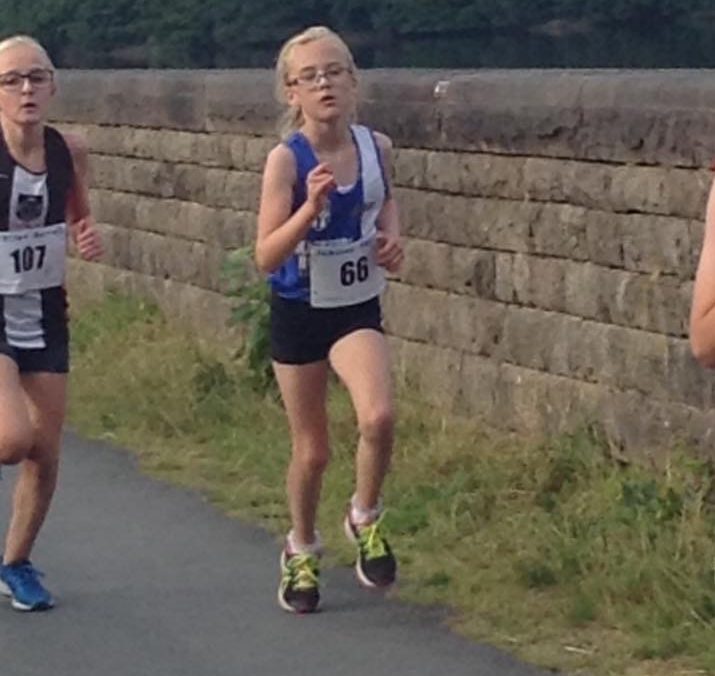 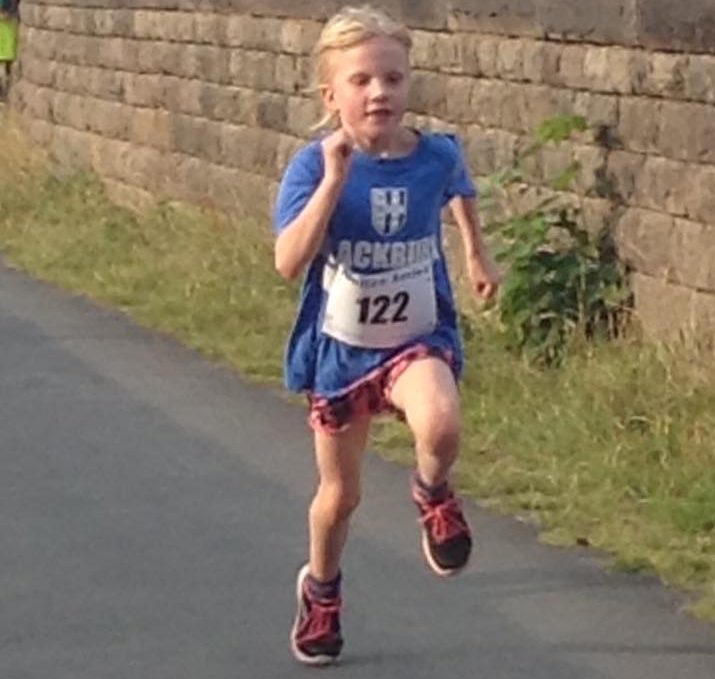 What a great season Holly Bradshaw is having in the Pole Vault. After finishing 4th in the Commonwealth Games with a clerance of 4.60m Holly has gone on to clear 4.64m, 4.66m and 4.72m before clearing a seasons best of 4.75m as she won the Pole Vault for GB at the World Athletics Meeting in London last weekend – seasons best that is – until last night when she cleared 4.80m in Germany for 3rd place.

Delighted with her latest performance, Holly spoke to the Club afterwards commenting “I was super shocked to have jumped 4.80m. I know 4.80m – 4.90m is in the tank but it would need to be the perfect day with the perfect conditions and me feeling absolutely fantastic and yesterday really didn’t feel that day. It took 3 attempts to clear 4.45 my opening bar and then the other bars were scrappy too but seemed to just pop over 4.80 out of nowhere! I’m feeling really confident at the moment and know my jump is coming together. I know now that on a very good day when I’m jumping my best I can clear the British Record which is exciting”. 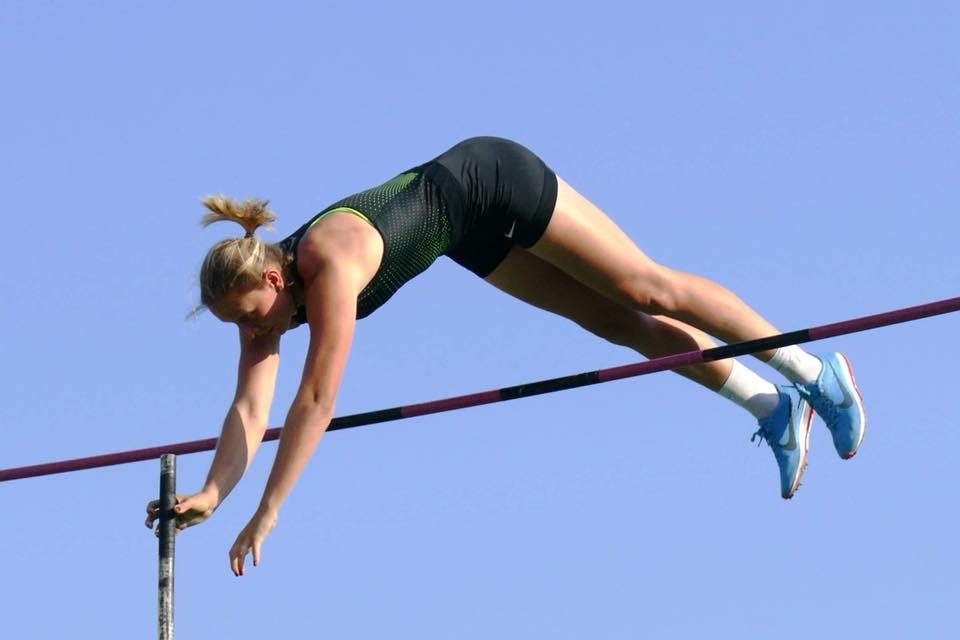 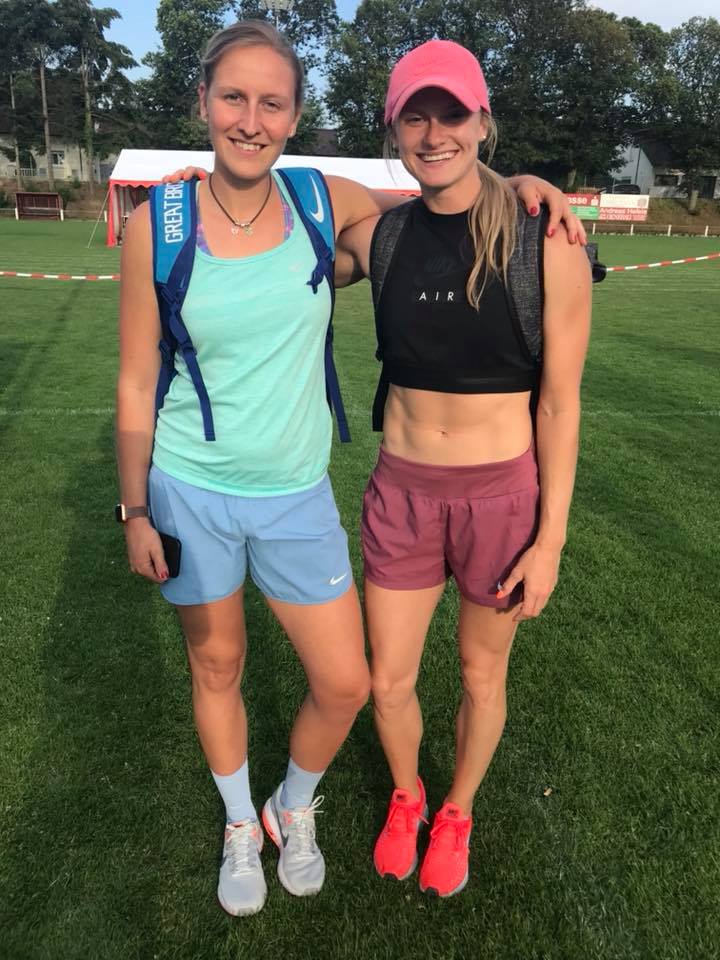 Conratulations to Sam Gaskell. Following his win at the English Schools Track and Field Championships last weekend, Sam has moved to the top of the British National Rankings with his throw of 68.75m. 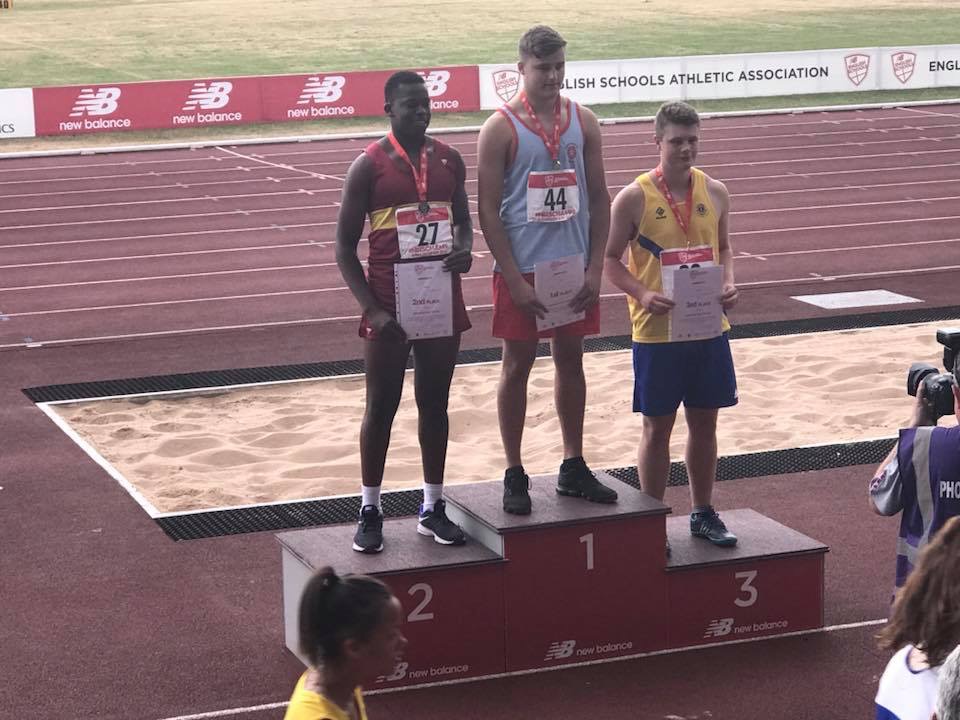 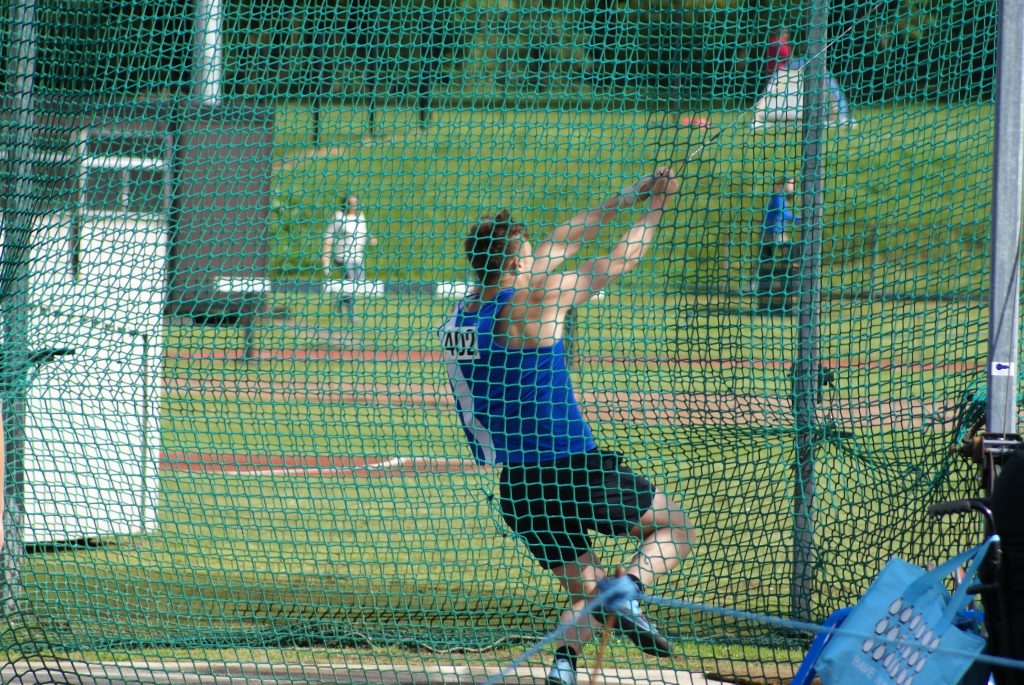 There was a season’s best run for Jess Judd at the Charnwood AC Open Meeting held on July 11th. Jess entered the Men’s ‘A’ Race and clocked a time of 2.05.22. 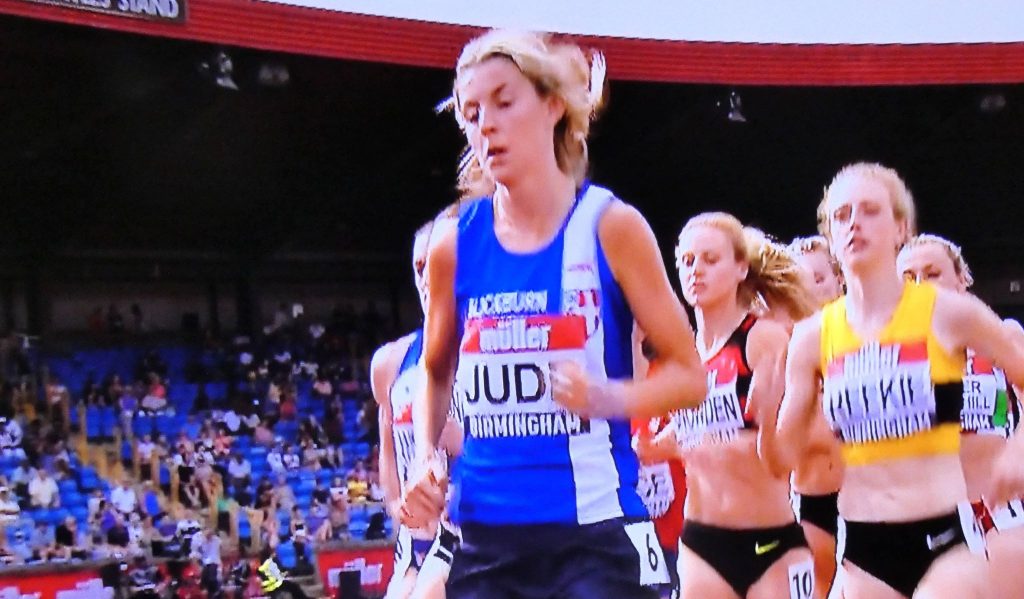 If your going to take on an endurance event why not give the Ironman a go? And this is exactly what Janine Fallon did so huge congratulations for entering the Bolton Ironman which was also a qualification race for the World Championships. Janine’s ambitions were to finish this event and told the Club after it was all over that it was “Probably the biggest challenge I have done so far is signing up to the Ironman 10 months ago, but on Sunday after a pre race talk from our very own professional Ironman Brian Fogarty who told me I can do it.. I went for it, swim went better than planned as I am not the greatest, to a steady bike ride staying on it and away from punchers was the biggest challenge as lots suffering unfortunately and sadly and battling on to stay in front of the cut of times and just getting to the run, bike complete the run started and so did familiar faces of people cheering me on, Joanne Nelson, Paul Brindle, my partner Lee Shorrock and lots lots more, local club Blackburn Road Runners at the food station cheering me on, 4 laps done and into the town centre trying to fight back to tears I head to the red carpet and to hear the famous words… YOU ARE AN IRONMAN… was amazing after 13:45 I did it”. 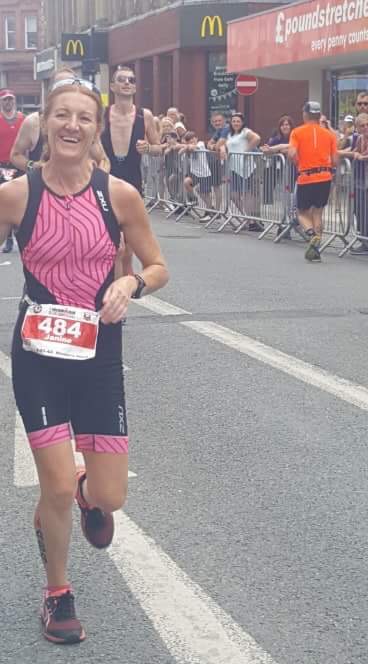 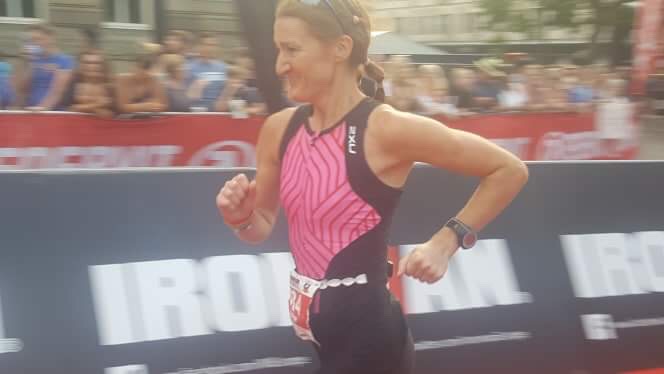 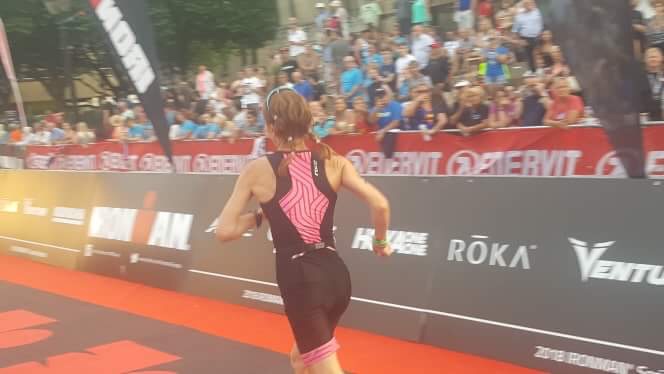