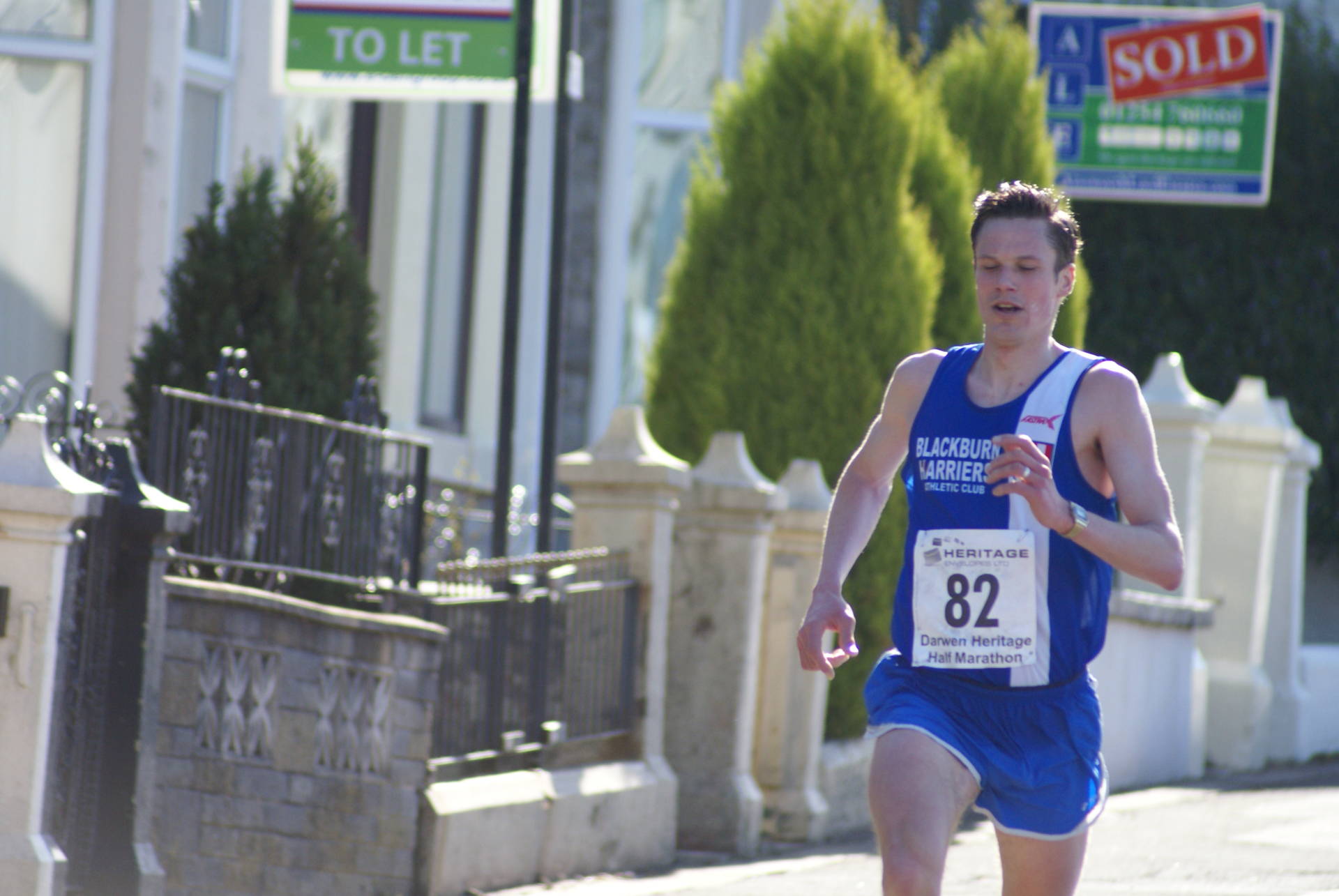 Ben Fish is in great form, of that there is no doubt. His seven races so far this year have included a hat-trick of Half Marathon wins at Bath (65.16), Hastings (69.52) and Darwen (69.17). In addition he has won a 1500m track race at Trafford (4.09.26), won his two 10k Races at Accrington (31.42) and Blackburn Winter Warmer (32.02). His only ‘defeat’ was at the Four Villages Marathon where he finished 2nd in 68.04 and last week he ran the 13th fastest Long Leg in the Northern Road Relays (29.31). At Darwen today, on a tough hilly course, he set off with real intent, storming up the first hill and finishing the Race just as hard, as he smashed the Course Record – which he holds – by well over three minutes – deservedly taking the bonus prize for breaking the record. 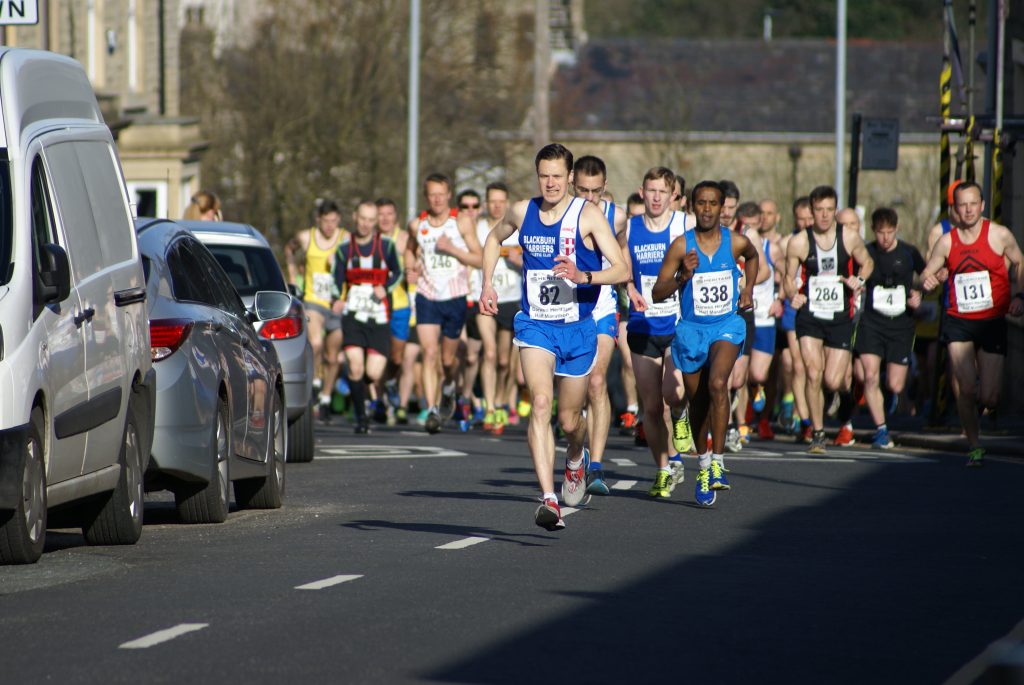 The Harriers had a pretty good day with their first three athletes in First, Third and fourth. Jack Hindle had a great run to take 3rd with Chris Davies taking 4th spot in a time of 77.13. Shaun Livesey came home in 7th (78.35) and with Paul Guinan 10th in (80.14) and Matt Nuttall (11th) in 81.30, the Harriers had six athletes home in the first eleven places. 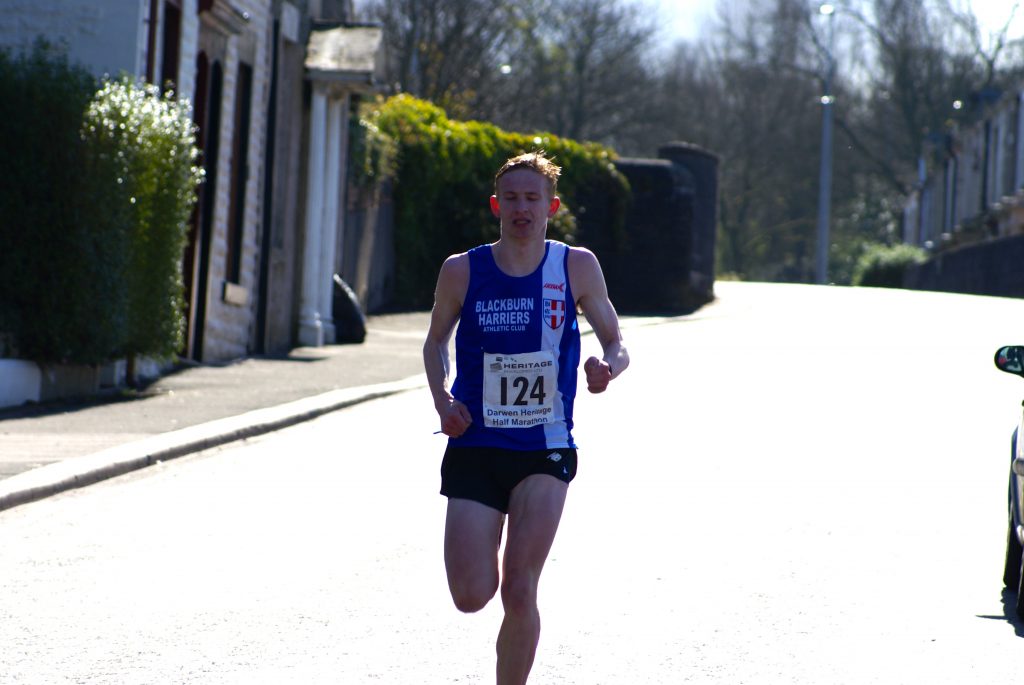 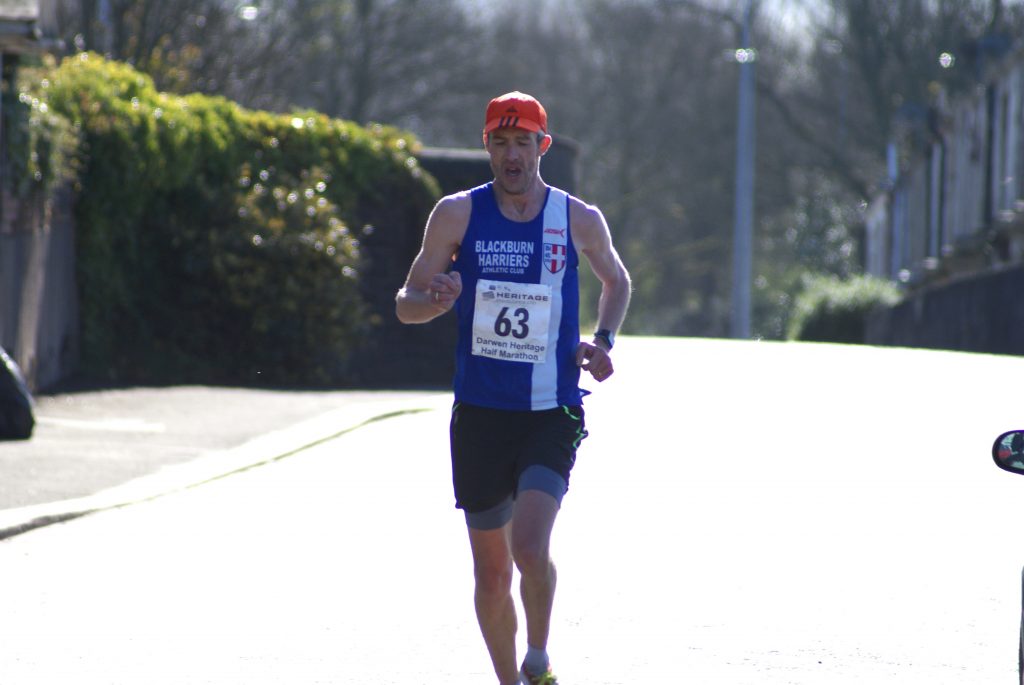 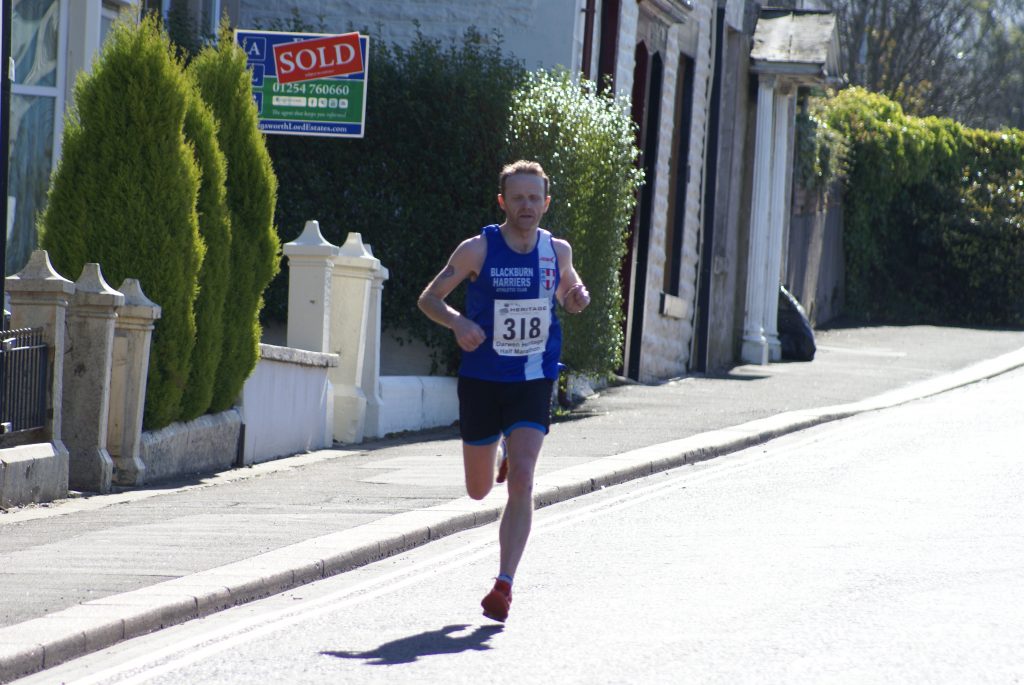 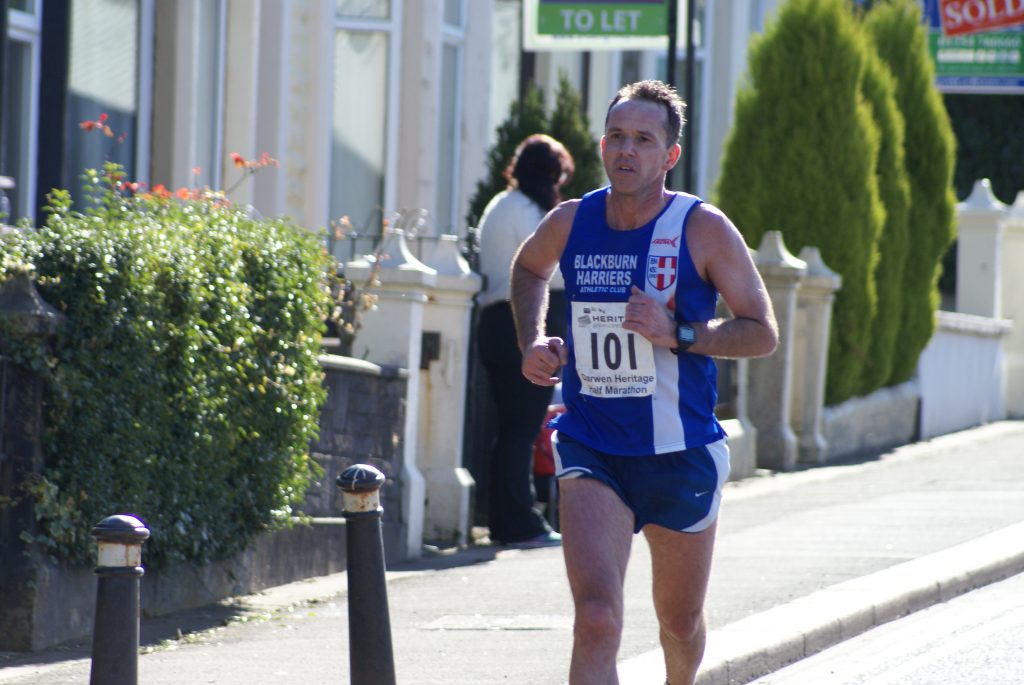 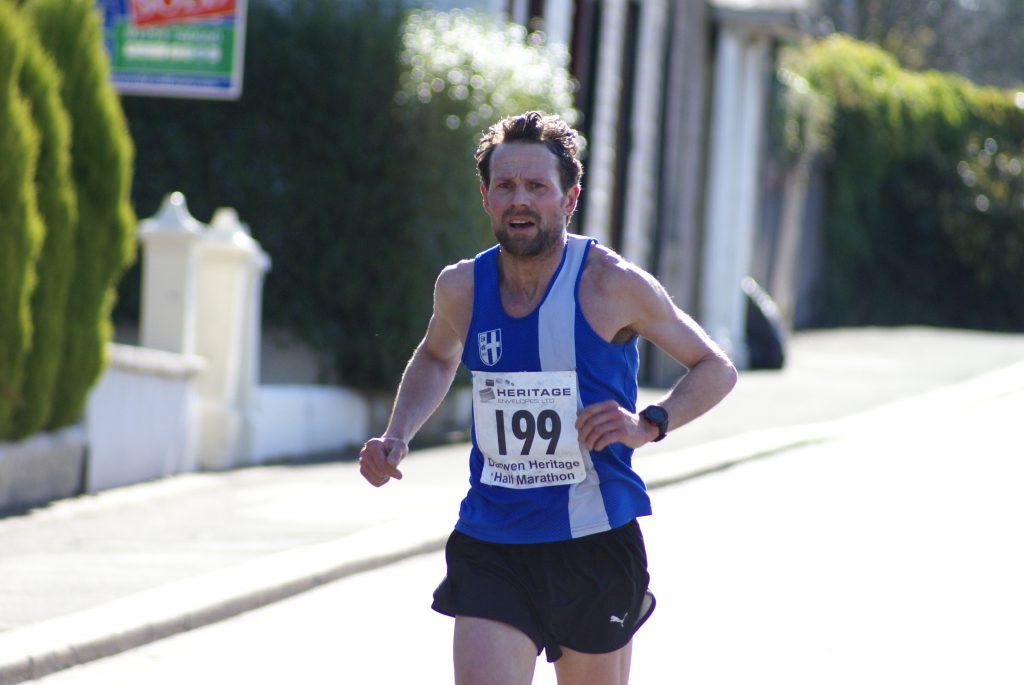 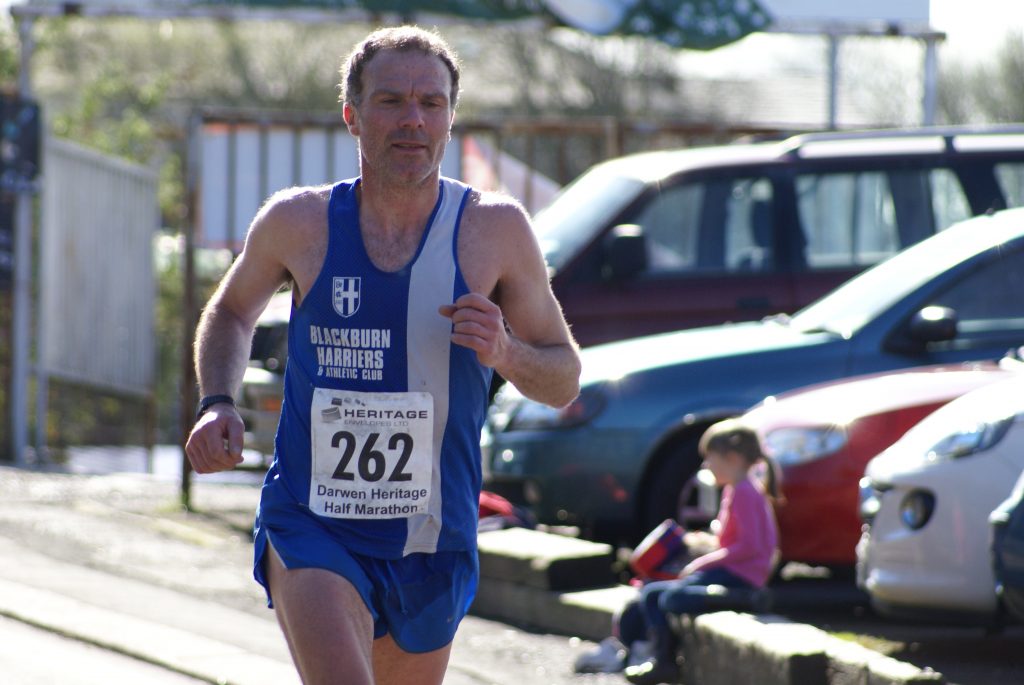 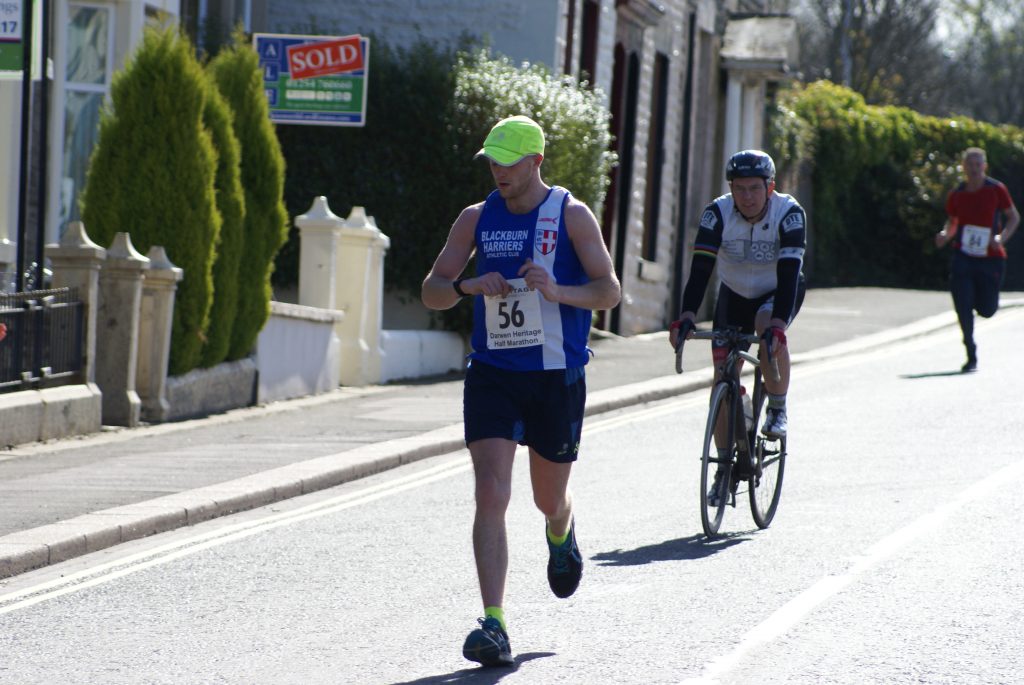 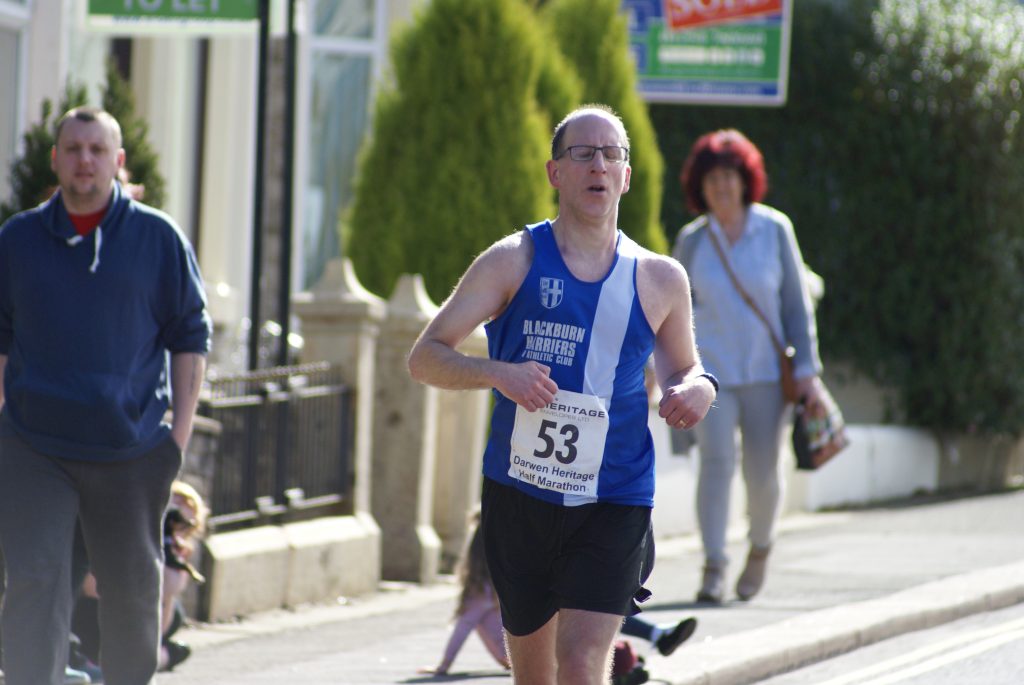 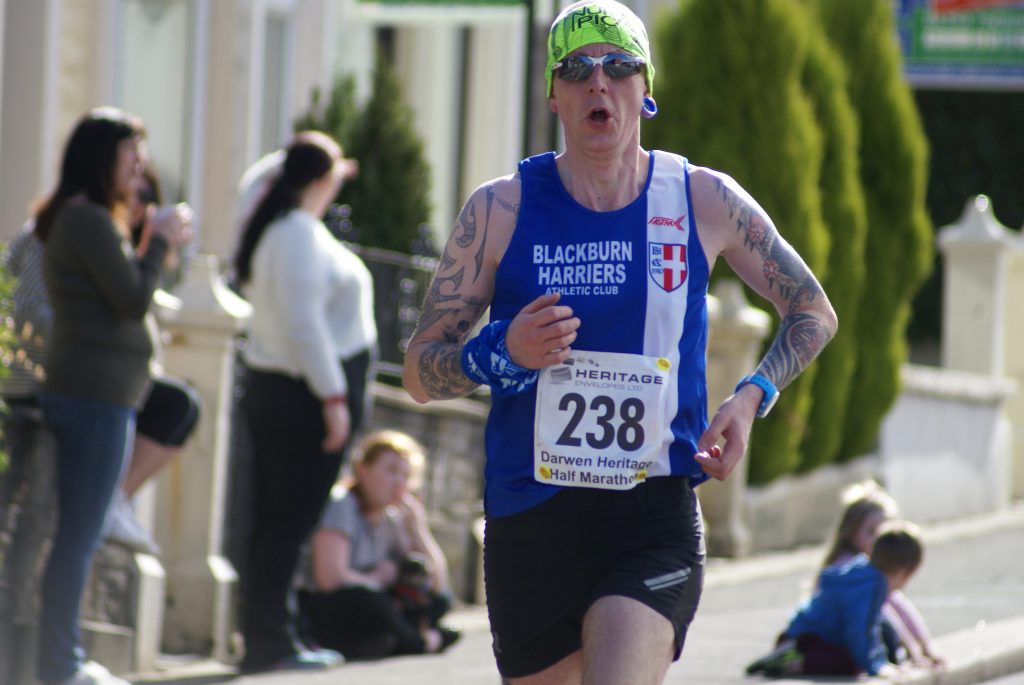 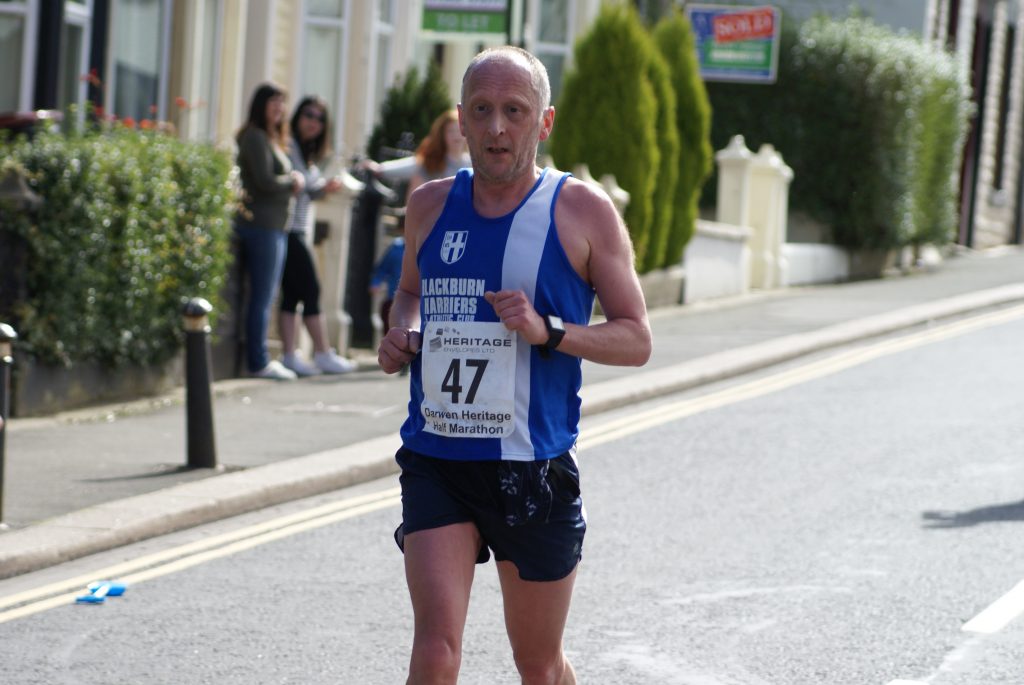 Lindsay Davies who was running to raise money for a good cause and also running her first ever Half-marathon came home at the finish in a time of 2hr 15.20 with David Morris in 276th (2hr 24.14). 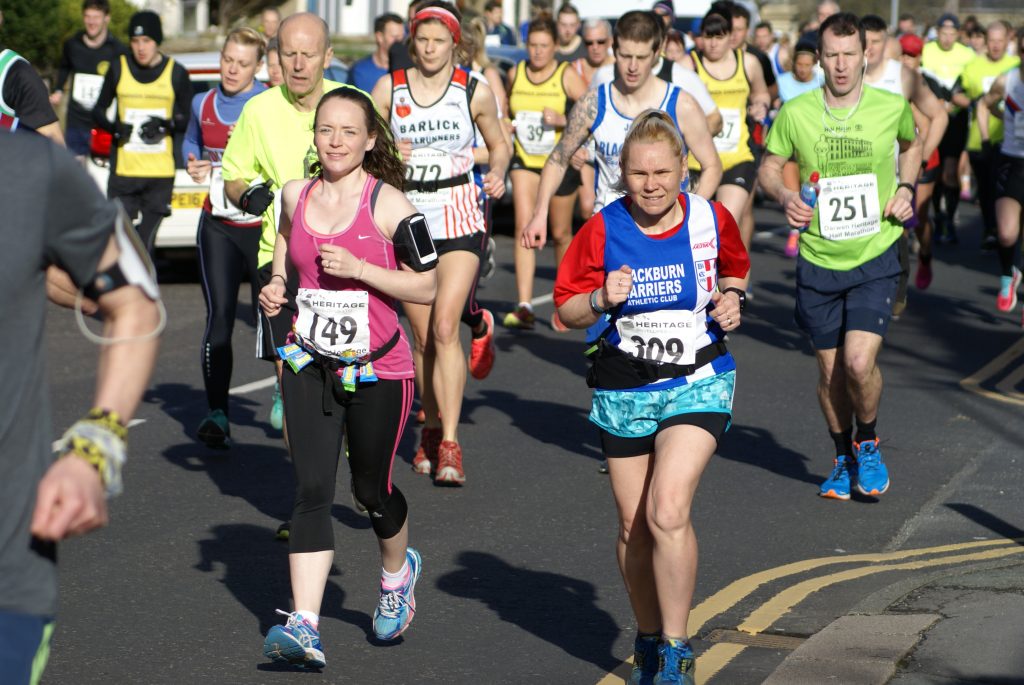 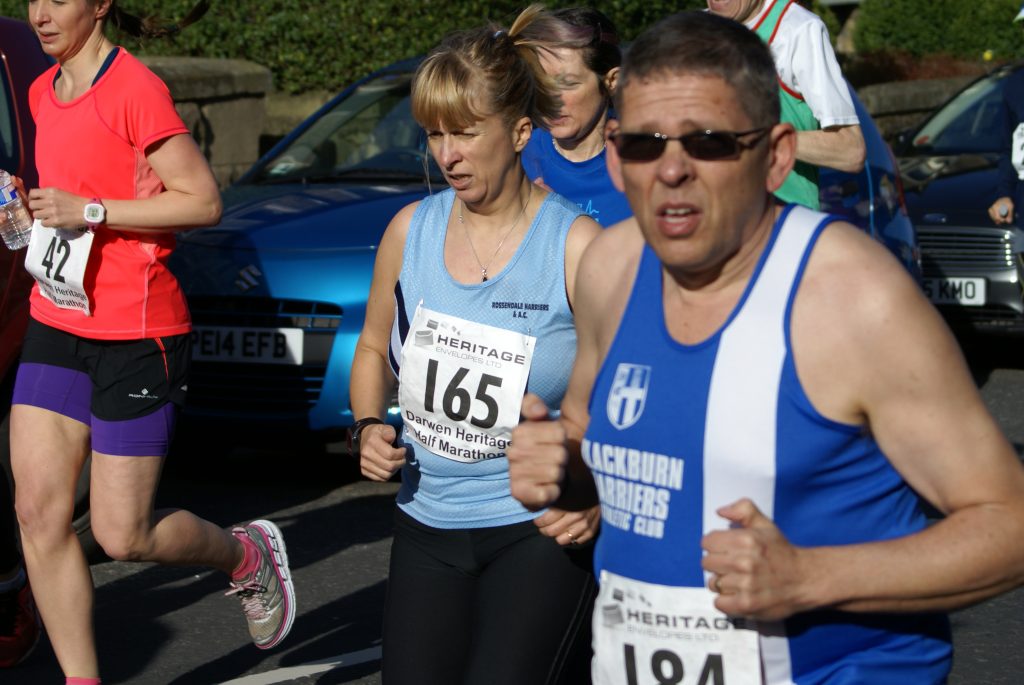 One hundred and ninety athletes contested this years Lancashire Fell Championships won by Chris Arthur in a time of 33.06, over 50 seconds clear of 2nd place and it was a great day for Blackburn Harriers Women as Liz Greenwood (3rd Woman) in 39th overall, Victoria Mousley (5th Woman) 47th overall and Carmen Byrne making her debut for the Harriers (8th Woman) and 72nd overall clinched the Gold Medal and Team title. After the Race Victoria spoke to the Club and gave us here thoughts about her Race and the day “Liz shot off Into the distance from the start and Carmen and I kept passing each other back and forwards for the first mile or so. I was having a hard time for the first mile just being out of racing fells for a few months and for that horrible weird feeling in my arms. (I’m sure people know what I mean!) Anyway having run around the route with Liz on Wednesday I knew it was pretty much straight up for two miles so I dug in….walking hands on knees and running when I could. The cart track gave me chance to overtake a lady in front of me and put some distance between me and the ladies behind me. I’m good at descending and have to cash in on that. The scramble back up to the trig was long and slippery…holding onto bits of grass as you do holding for support. Good to see Shaun taking his video there and offering encouragement or something similar! I was feeling ok at this point and looking forward to the descent. All downhill from here which was great but that tarmac and the cattle grids are really quite hard work! Super result from Liz with more trophies… Medals and vouchers than she could carry! And nice work for the ladies winning the team prize too. 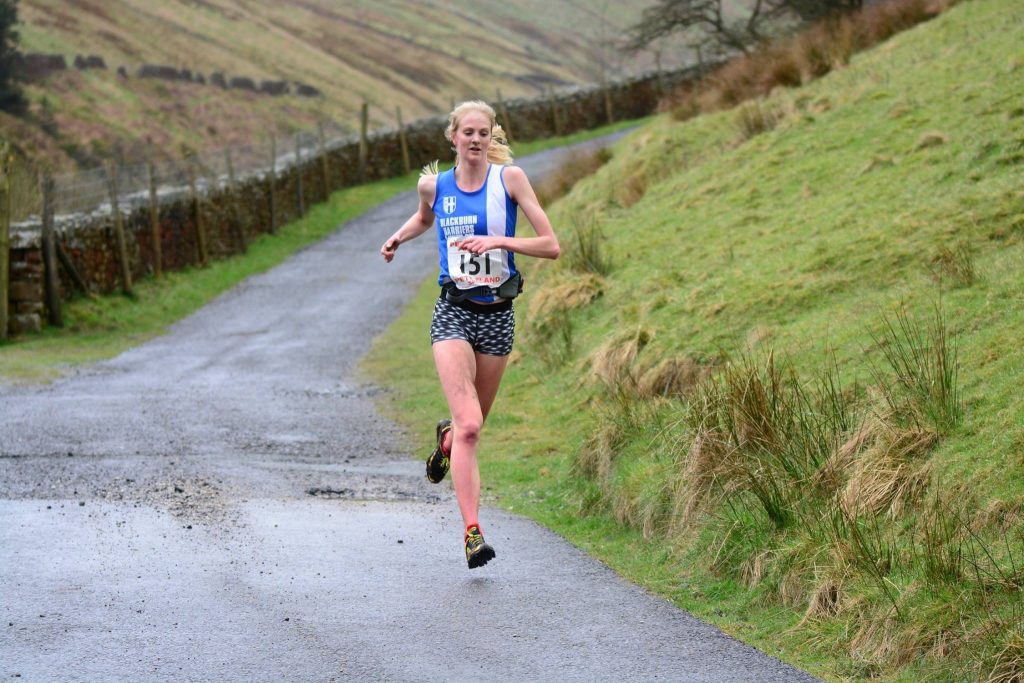 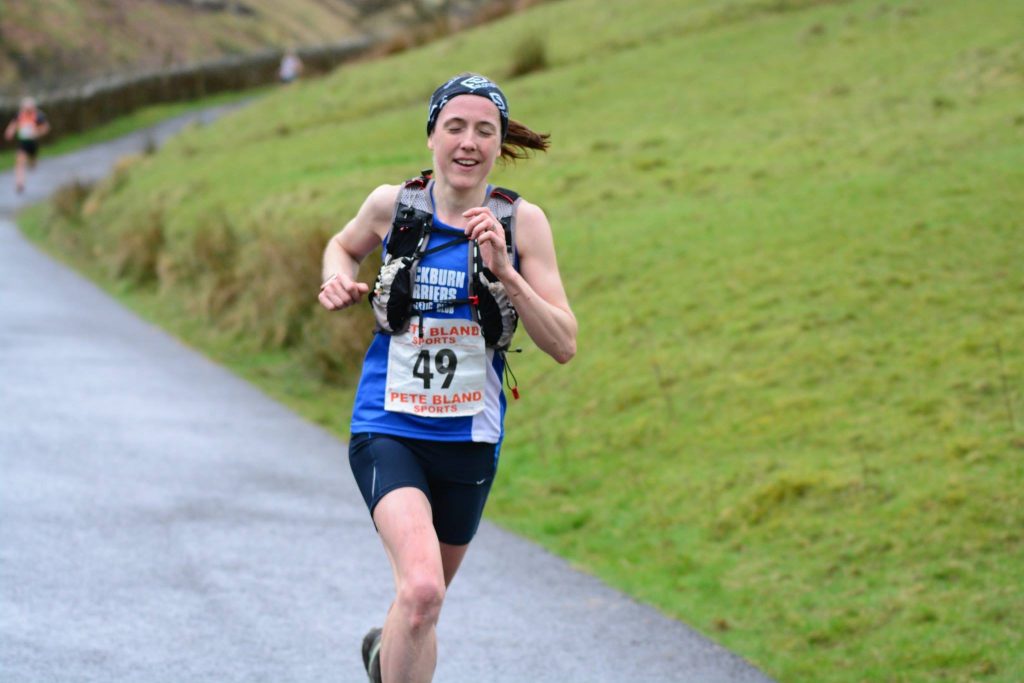 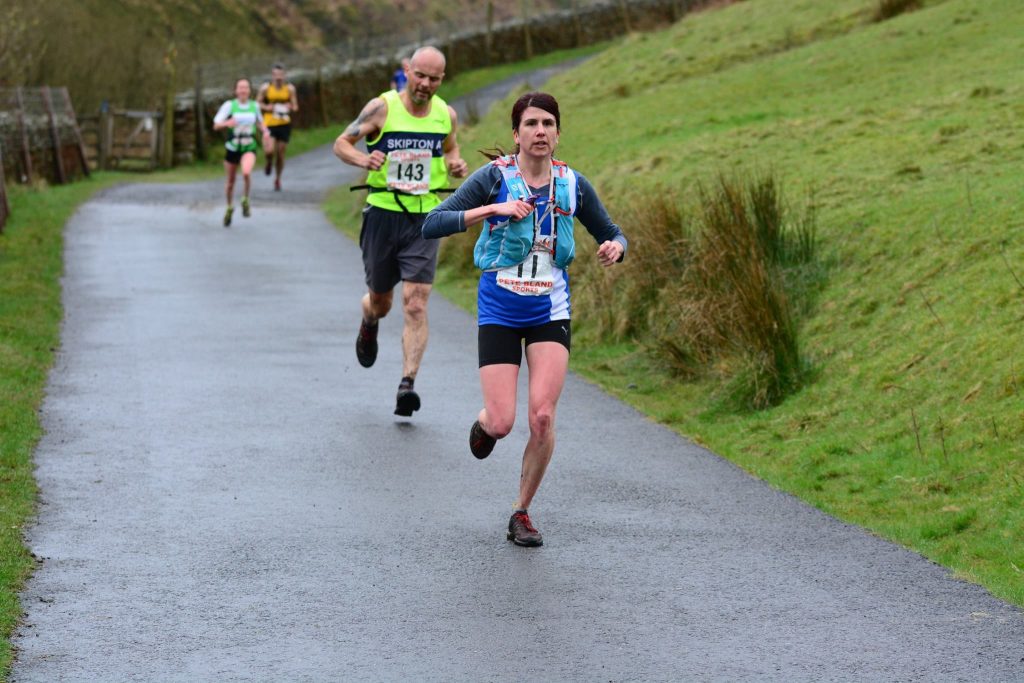 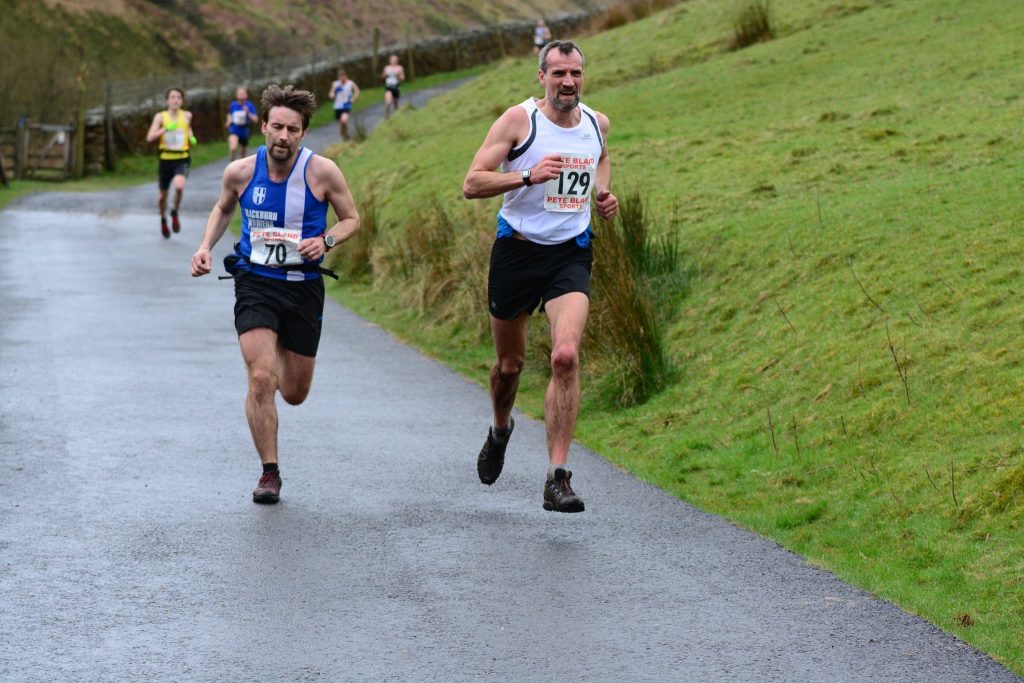 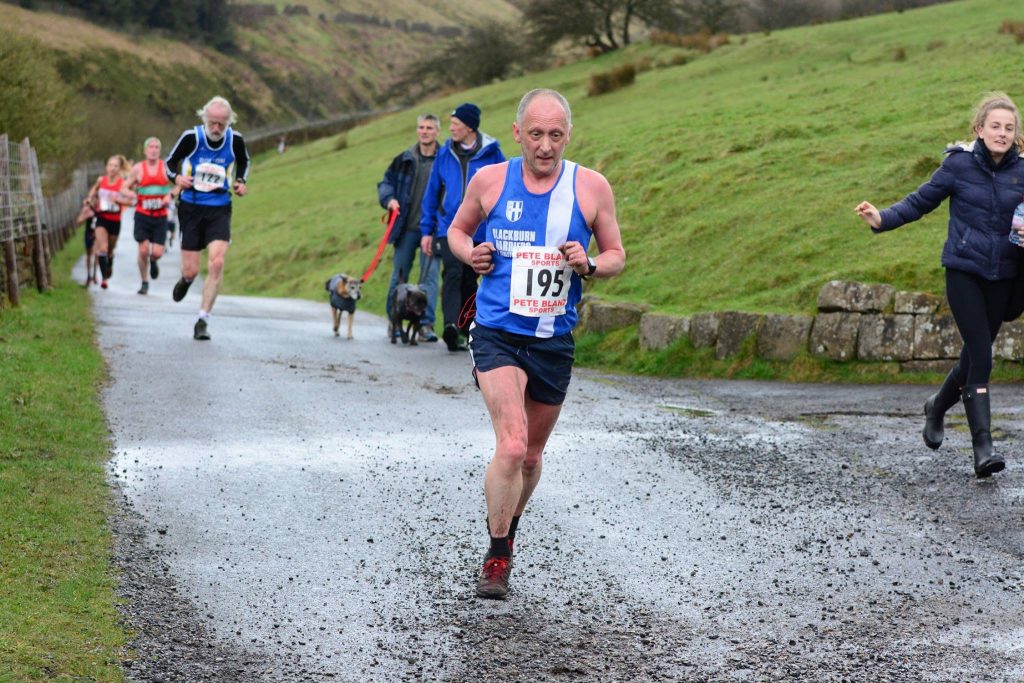 More good results in the Junior Races too for the Club. Eleesha Charnley won the U15 Girls Race as bottom of age coming home in 8th place overall and 1st U15 Girl. Winning ways continued when Felix Thompson making his debut for the Harriers won the U9 Race in a time of 3.16 followed by brother Dexta Thompson winning the U13 Race (15.15) with all three of them earning the title of Lancashire Champion. Rory Teare had a very solid run in the U13 boys placing 7th in 17.41. Kady Thompson also ran in the U11 Race  placing 16th (7.59) just seconds behind Hannah Davies in 15th (7.54). Another debutant on the Fells was Caroline Woodworth who did really well to finish 5th Girl in the U13 Race posting a time of 19.56. Last of the Junior Races witnessed a very good run from Jamie Teare – who wasn’t expecting to be running in the U17 category –  but didn’t let that distract him finishing just seven seconds behind the winner in a time 24.51 and picking up a Silver Medal. 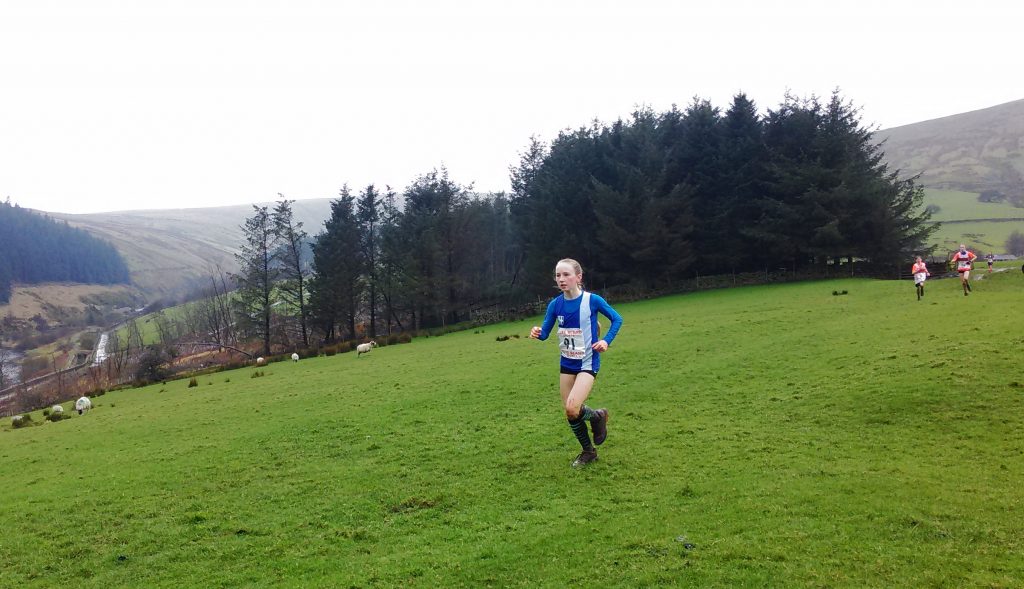 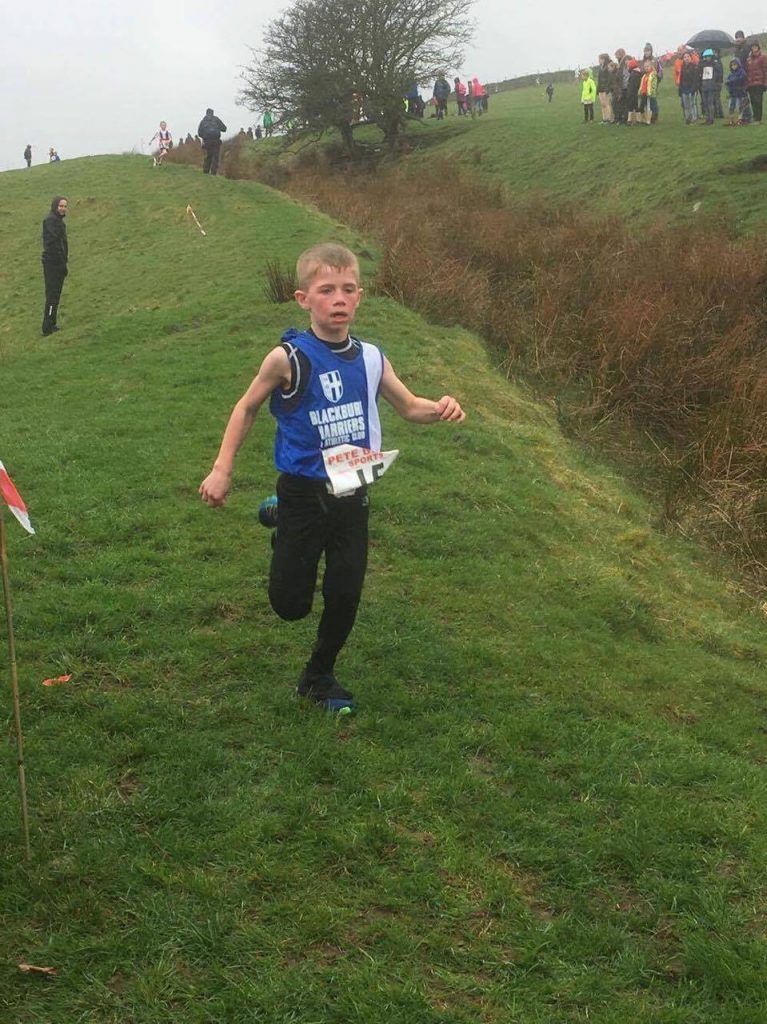 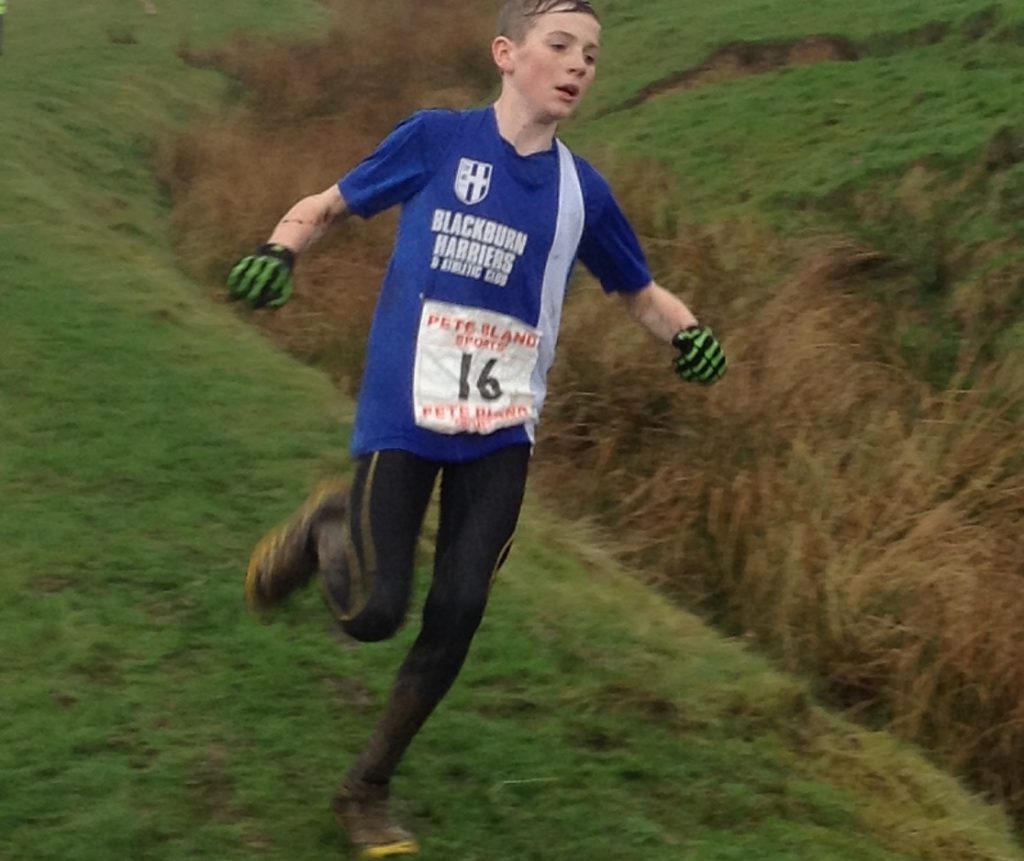 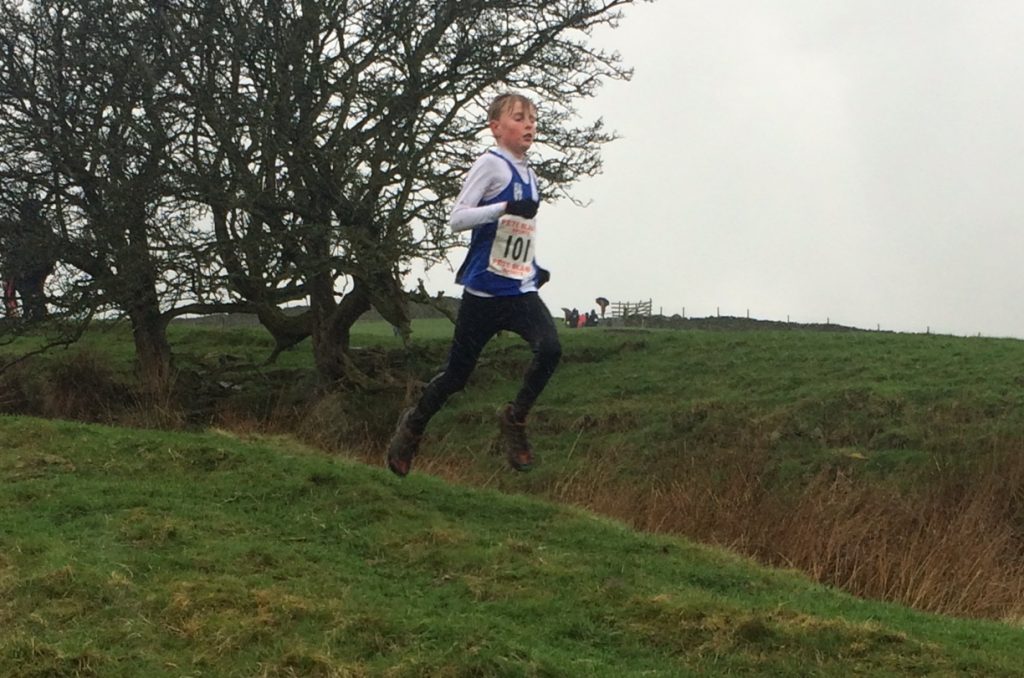 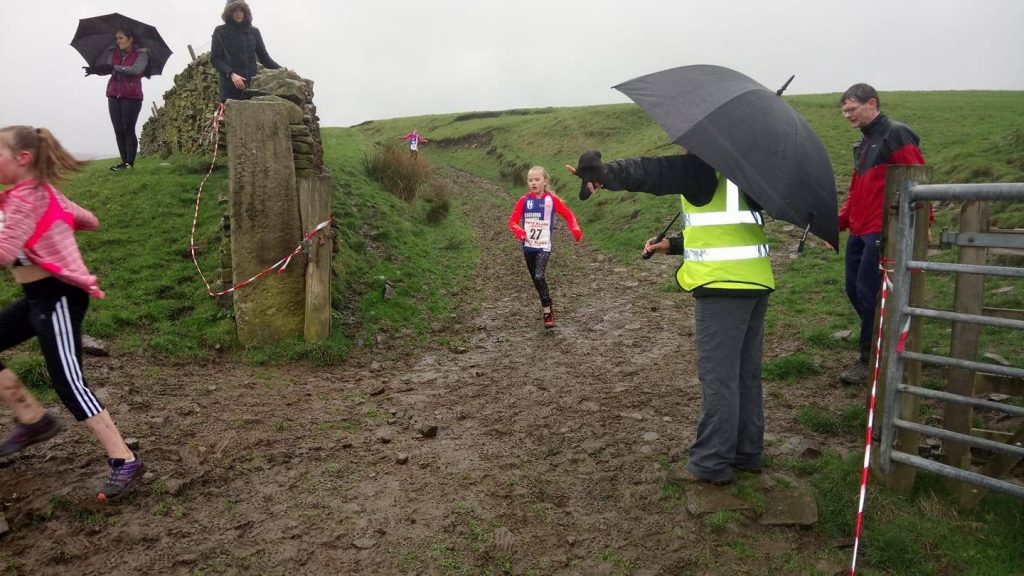 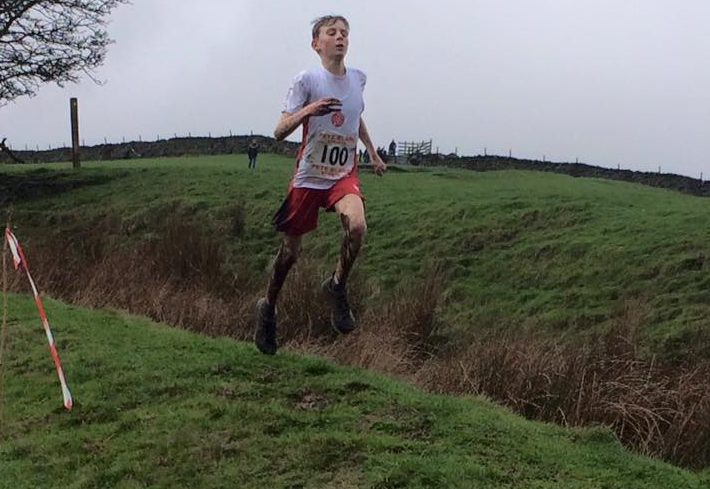