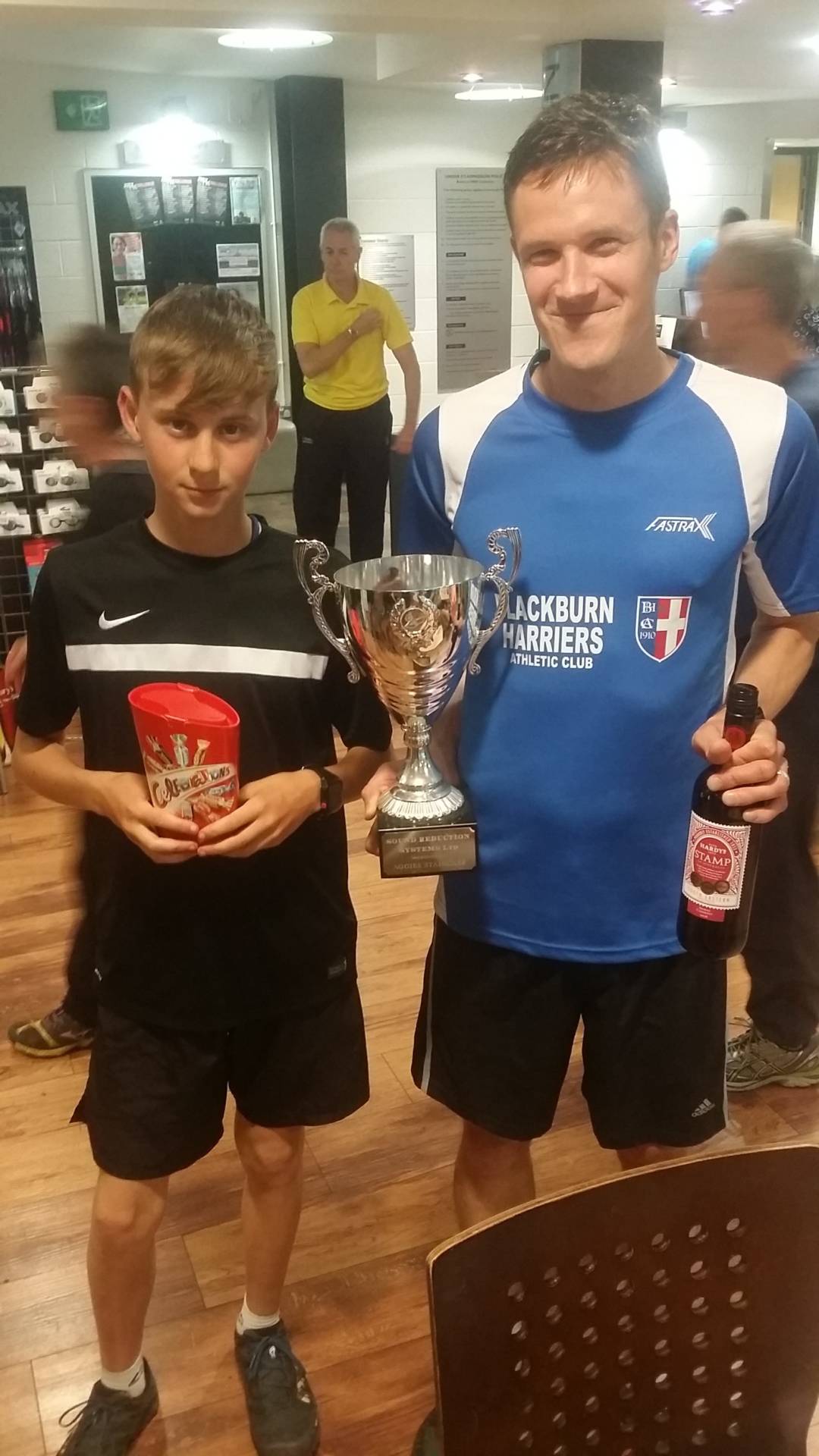 This is a popular local race which has been in existence for a good number of years and attracted one hundred and fifty three runners on a warm and muggy evening last Thursday. The Race includes a number of tough climbs and the Course is described by the organisers – Darwen Dashers – as ‘Starting at the top of Punstock Road, the route climbs a footpath, turns right onto the track past Robin Hoods cottage, then left to follow an enclosed footpath to the main track, and left up to Darwen Tower. It then descends through the small quarry onto the main track towards the top of Bold Venture Park, before turning right to climb steeply up a rough path known as Jacobs Ladder, then across the moor top, and on down to the foot of Aggies Staircase. Aggies Staircase is the shortest but steepest of the three climbs, and from the top you will return just below the Tower, and then descend the way you first came up towards Sunnyhurst. At the gate at the bottom turn right, retracing your steps; continue past Robin Hoods cottage, then turn left down the path to the finish at the top of Punstock Road’. (Darwen Dashers)

This years Race was won by Ben Fish in a time of 28.20, over half a minute clear of second placed Nick Leigh. It is has been a while since Ben competed on this type of terrain and has been out for a while recently through injury. Ben spoke to the Club afterwards and told us that he “had done quite a few runs over the moors this year…….Great run by the fellow Harriers, especially young Jamie. We only just missed out on winning the team prize by 3 points”. 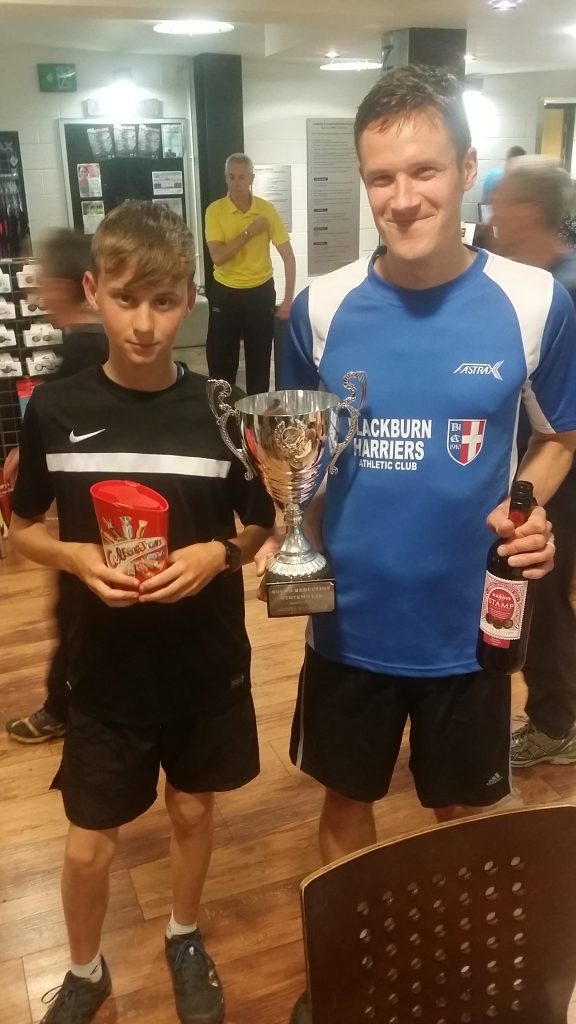 John Sutton who finished one place behind Jamie – 21st in 33.32 –  was very very complimentary about Jamie’s run telling the Club after the Race “Jamie Teare. A name to look out for in the coming years. He fairly flew past me down from the Tower and it was an impressive performance all round by this 14 year old in a tough little race like that. This young lad has got the talent and also the right attitude as I discovered afterwards. Great to see………Nowt much to say on my own race other than I reverted to fading away in this one after a few encouraging outings this month. Pleased for my gaffer The Fish on his return and a well earned victory and also my Thursday night run chum Johnny Horrocks who is well in the ascendancy right now.” 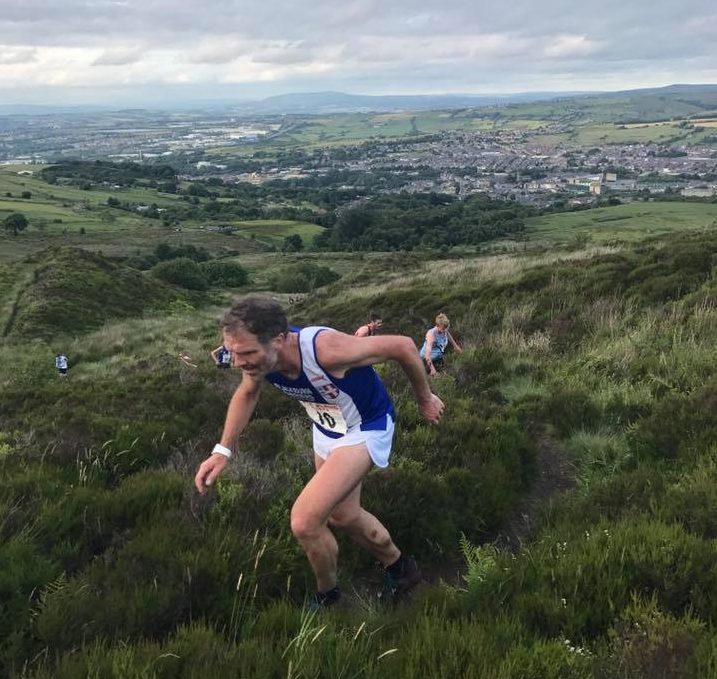 Sabden was the venue for a very warm 6 mile Trail Race organised by Shaun Livesey on Wednesday June 21st which attracted one hundred and ninety seven finishers and won by Julian Hood in a time of 37.58. 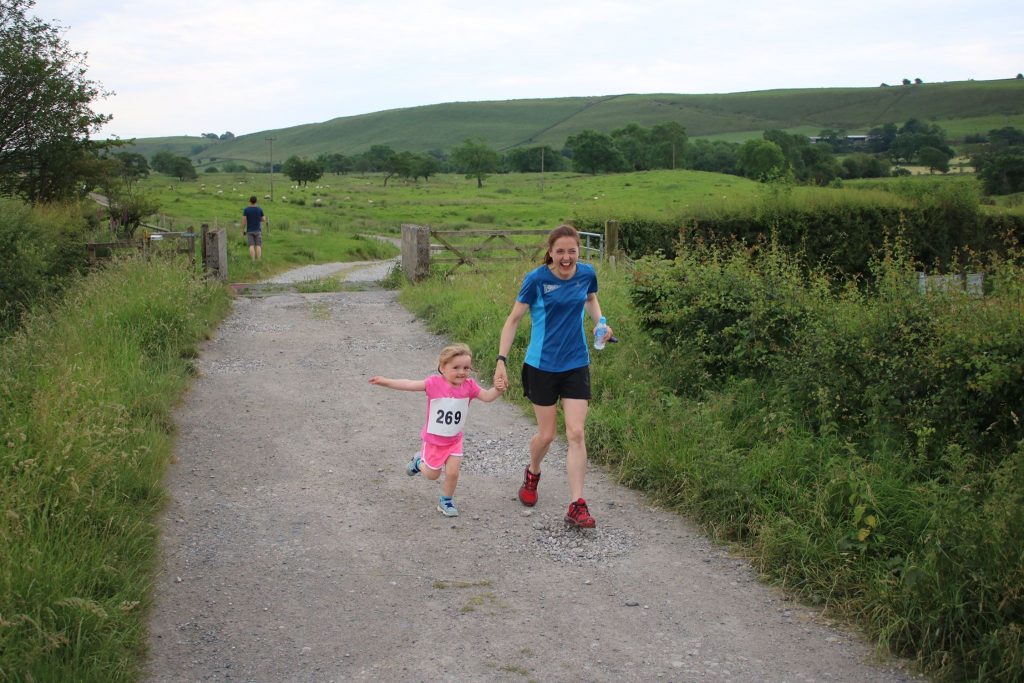 The Race for first place was a close one with Chris Davies from Blackburn Harriers taking 2nd spot in 38.04 and 1st V40 – just six seconds behind the winner. Ben Costello who isn’t much experienced on this type of terrain, nevertheless had a good run to finish 18th in a time of 43.11. 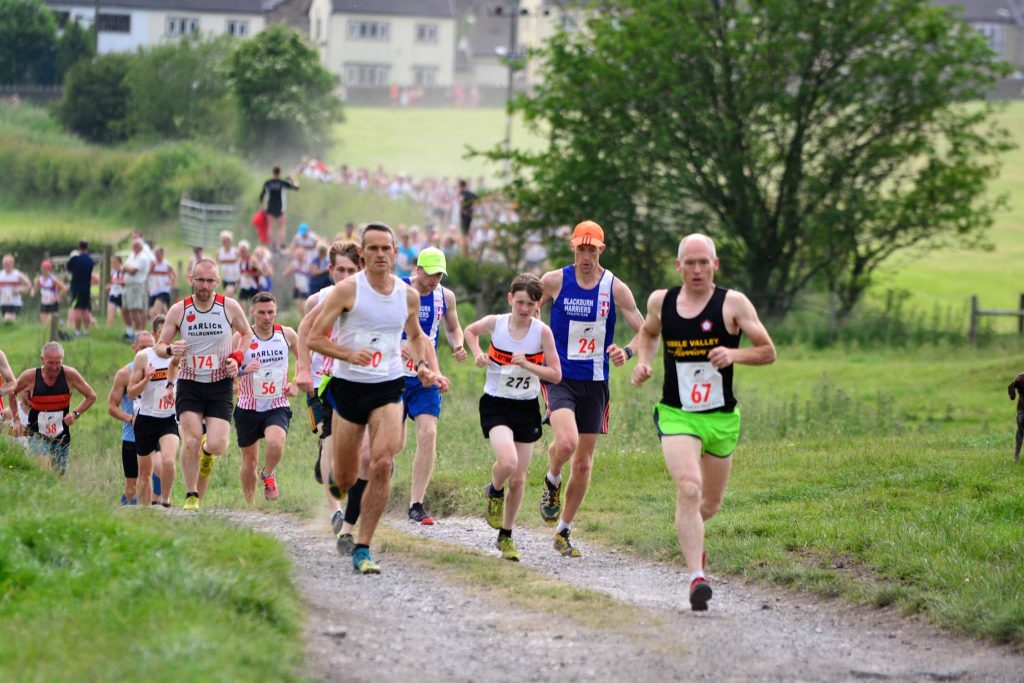 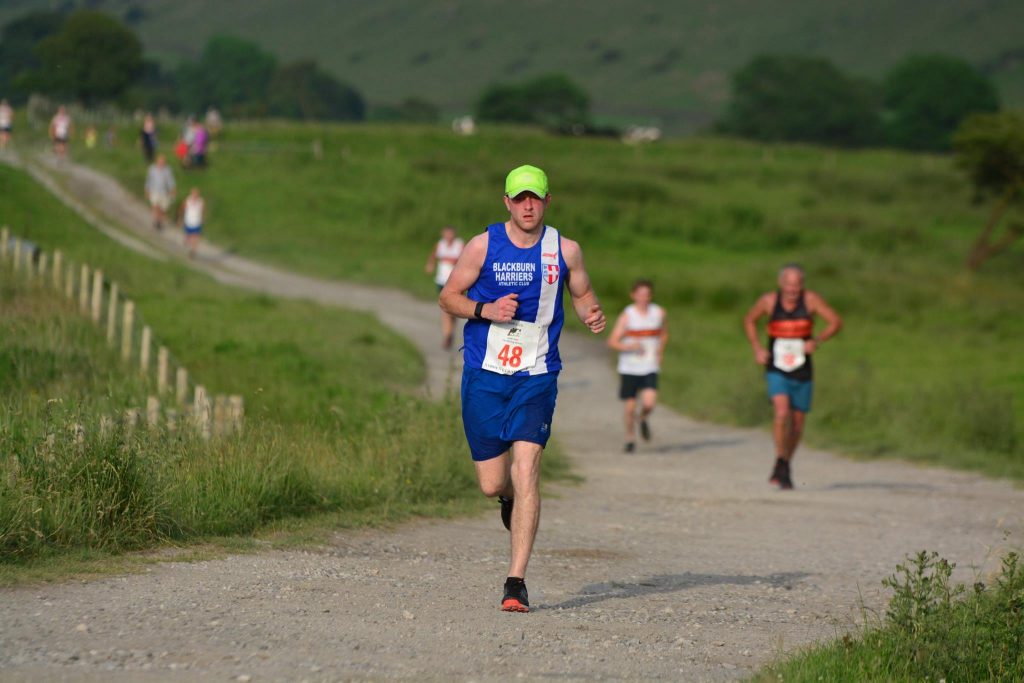 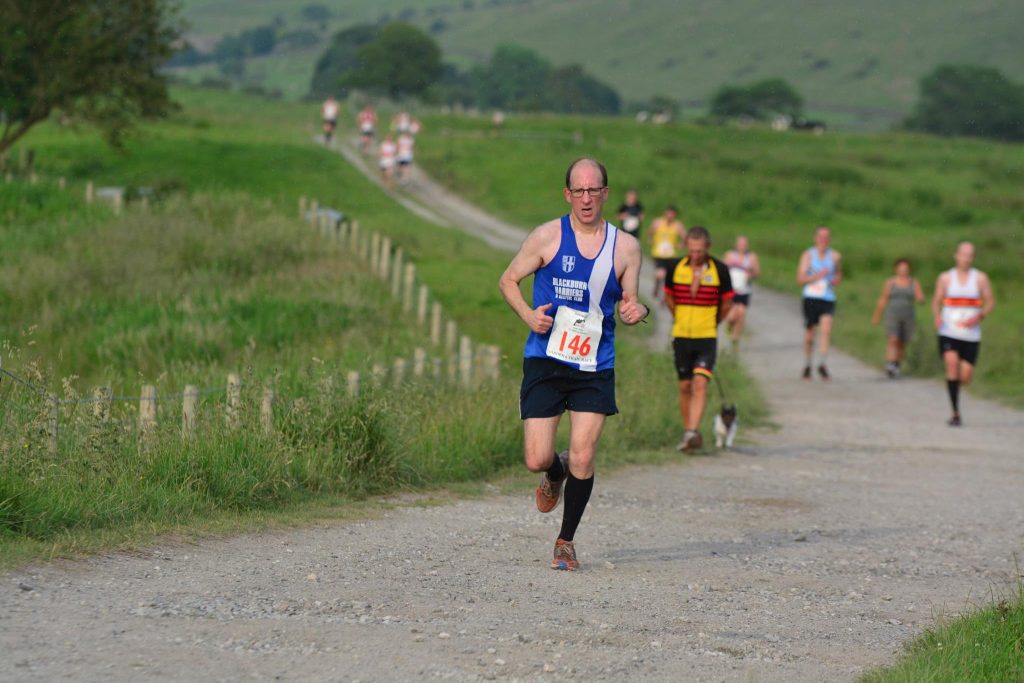 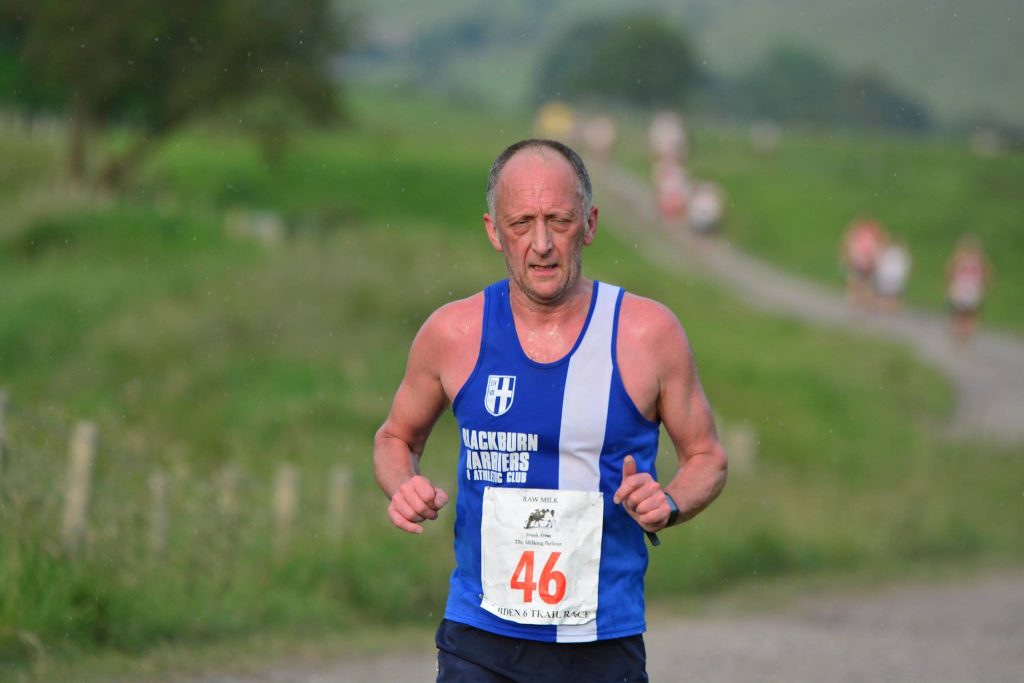 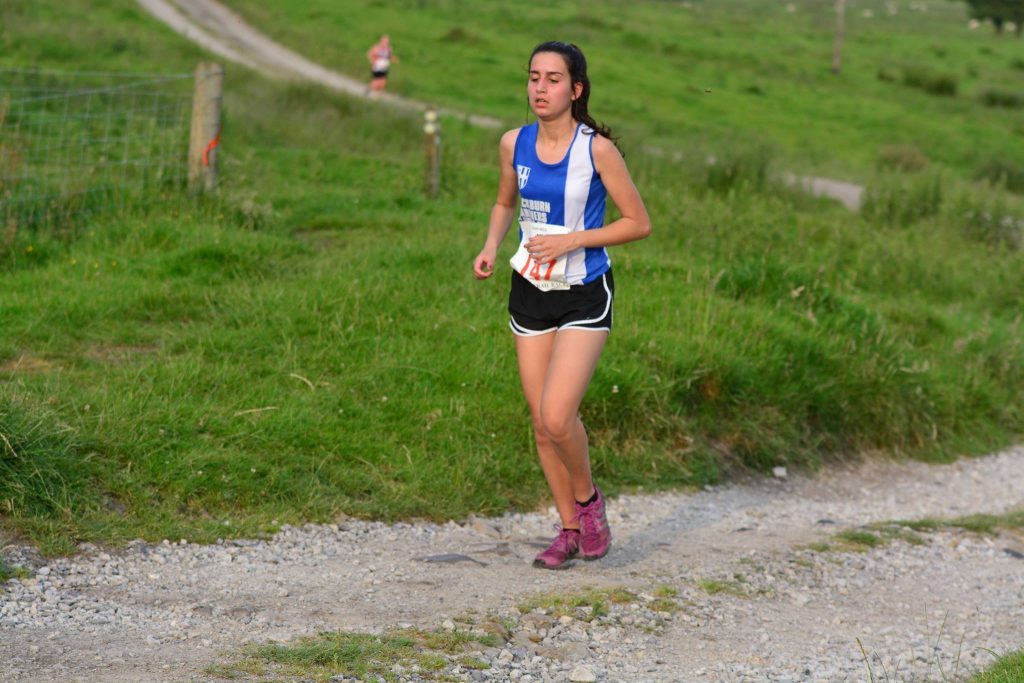 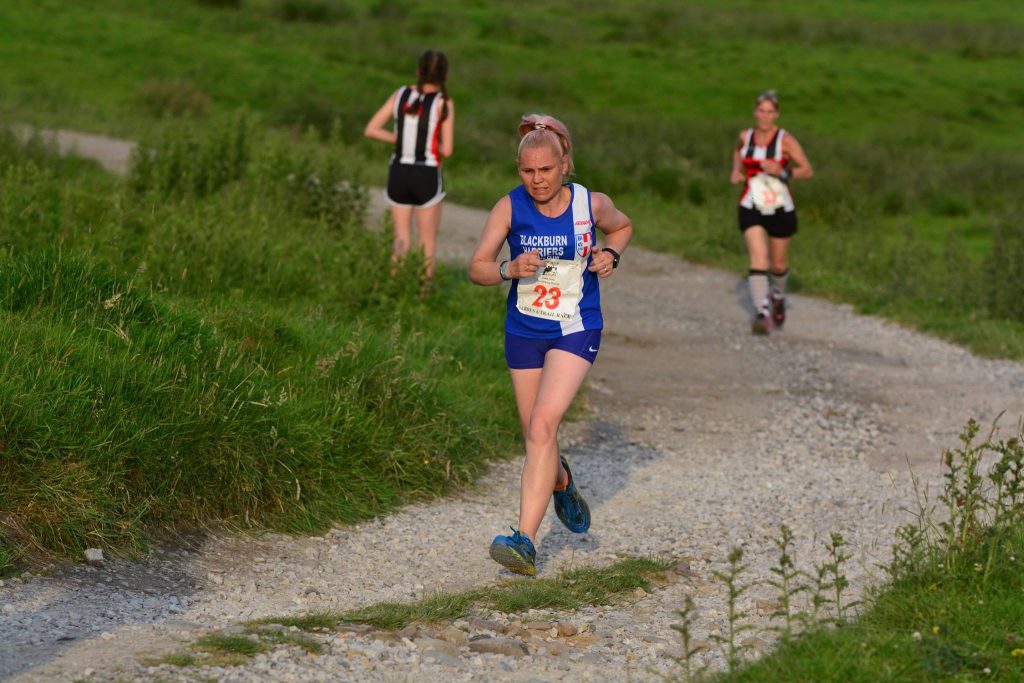 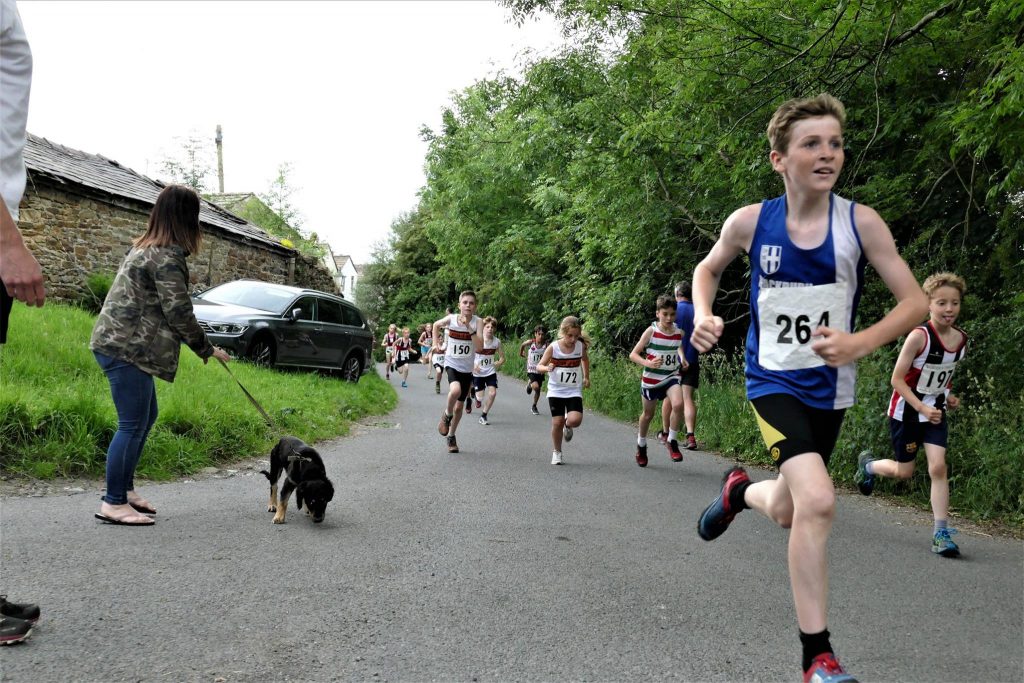 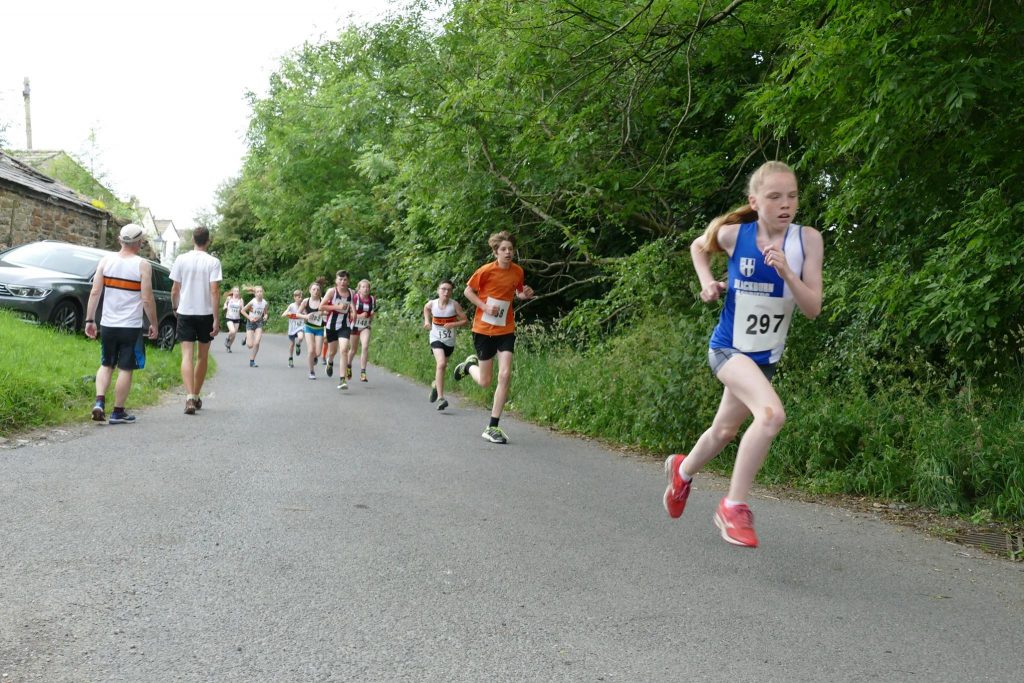 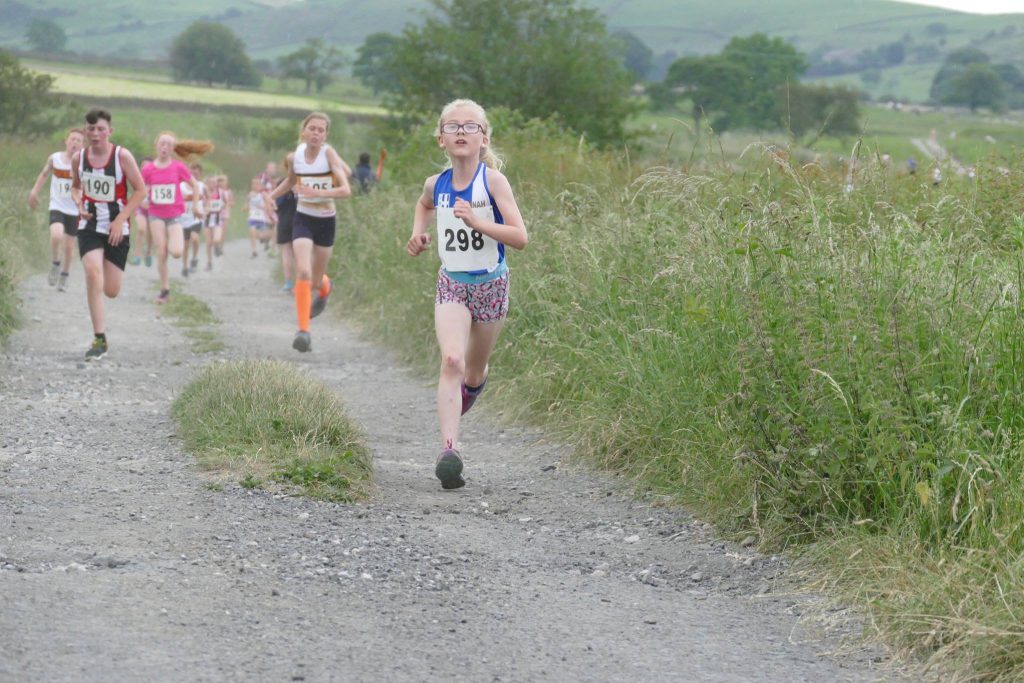 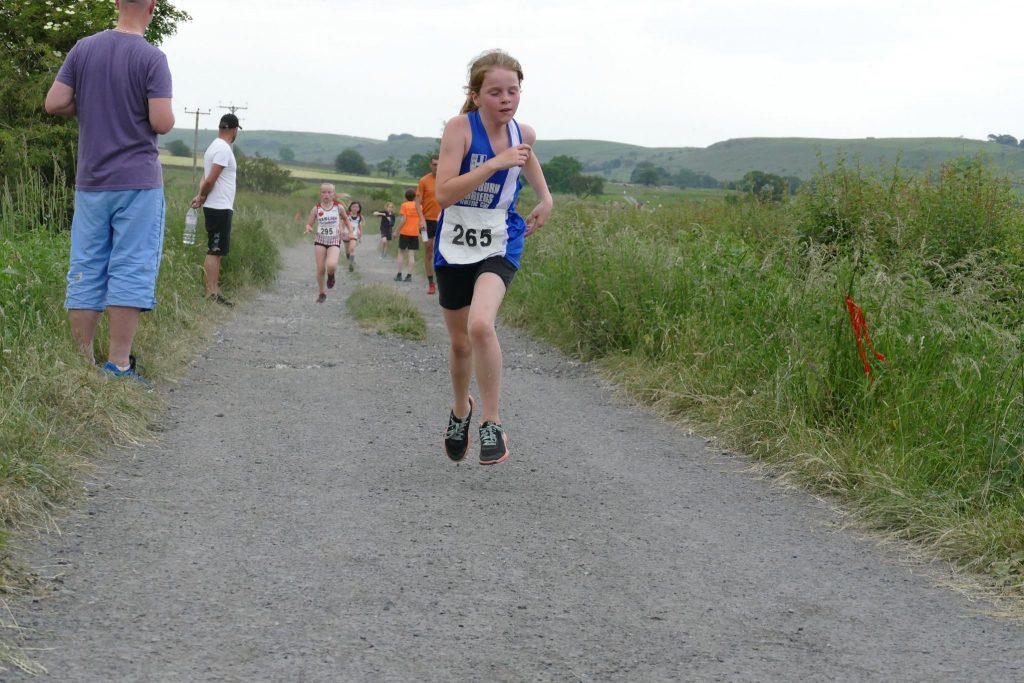 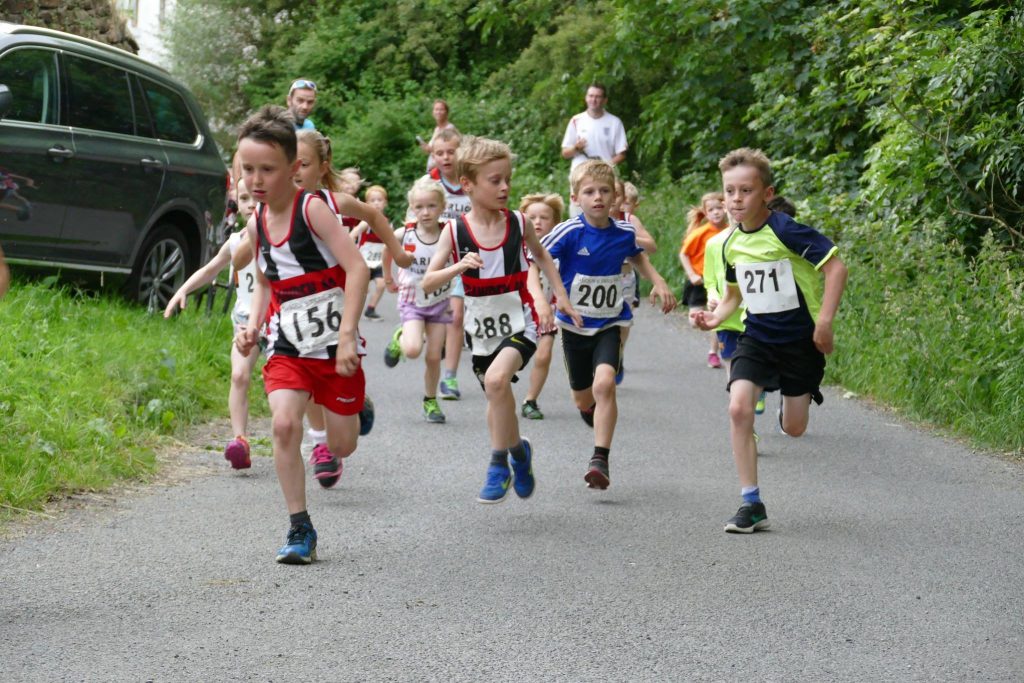 Another popular event taking place on the same night was the Horwich Street Races for Seniors & Juniors which was the second Race in this years Series.