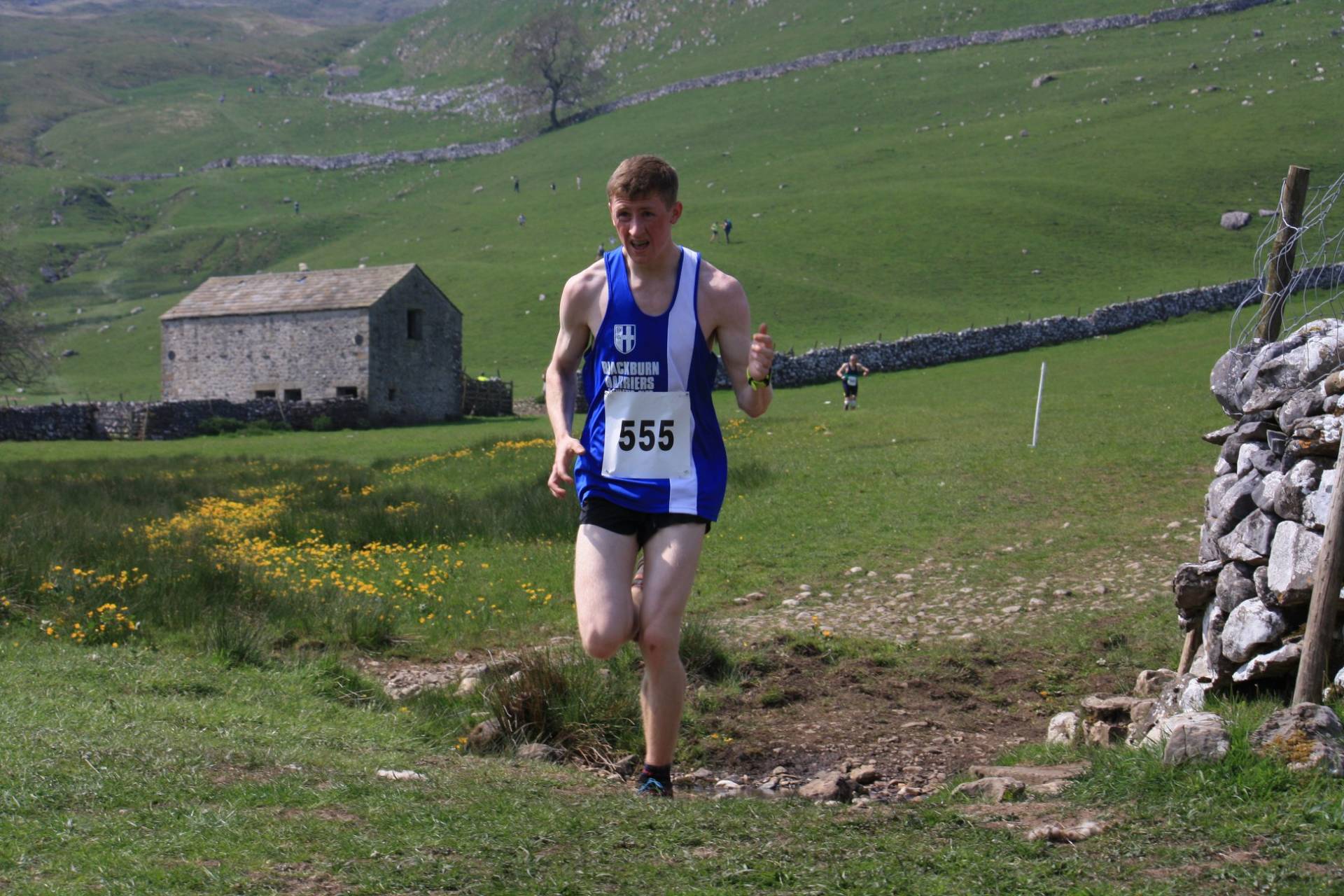 Ben Fish won the sold out inaugural Summer Wesham 10k in a time of 31.23 – his fifth road race of 2018 and his fourth win, the other being a 2hr 26.55 run in the furnace that was the London Marathon. Ben won the Four Villages Half-Marathon in 69.08, the Thorpe Half-Marathon in 69.05, the Winter Warmer 10k in 31.58, adding a Silver Medal in the Lancashire Cross Country Championships, a top 50 spot (48th) in the National Cross Country Championships and a 15.18.5 (5000m) win in the Northern League on the track on another steaming hot day.

Speaking to Ben after the Race, it was suggested to him that he might have broken the Course Record to which he replied that he “was happy with that. Tim pushed me in the first half and it looked like it could go either way. I hit 5k in 15:19, so knew there was a chance, but lost a bit of ground in last 3k, perhaps with a bit more sharpness I might have done it. Great effort from the lads, we dominated the top places. Jonathan Prowse has the record and I know from competing against him all those years ago that it would be tough to beat, as he was a top runner and in peak form when he did it”. 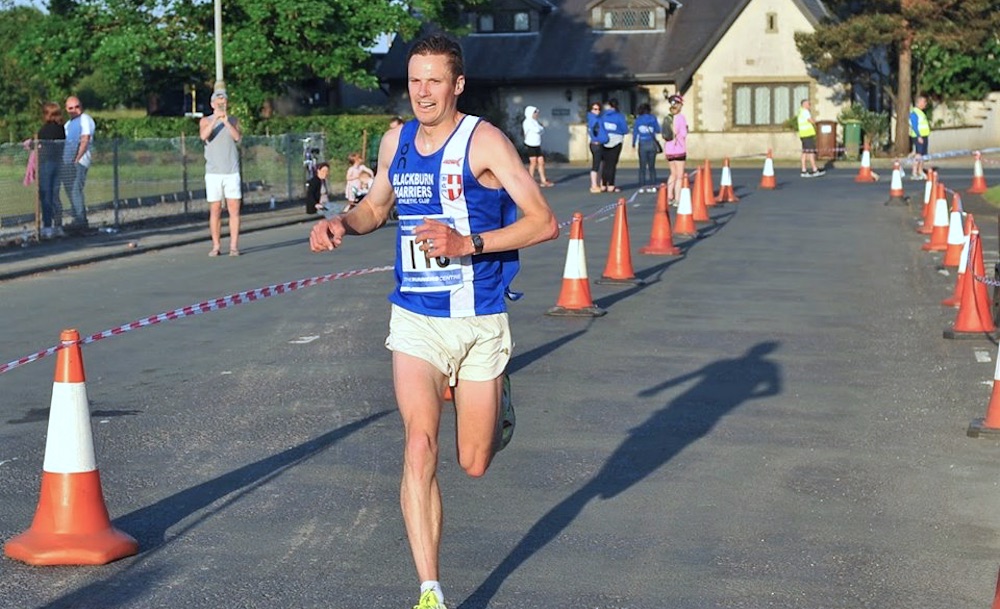 Had there been a Team Prize on the night, the Harriers would have won it with top runs from Tim Raynes who placed 2nd in a time of 32.01, followed in by Ben Costello in 5th clocking 33.32 – just 18 seconds away from his personal best. !st V40 in the race was Chris Davies in 7th overall with a time of 34.41 – a mere 9 seconds away from his previous best for the distance. Right behind him came Josh Holgate in 8th spot in a time of 34.53 which gave the Harriers five out of the first eight places. Victoria Mousley had a good run too as she finished 2nd Woman on the night in a time of 40.01 in 39th overall with Joanne Nelson in 69th (43.20). 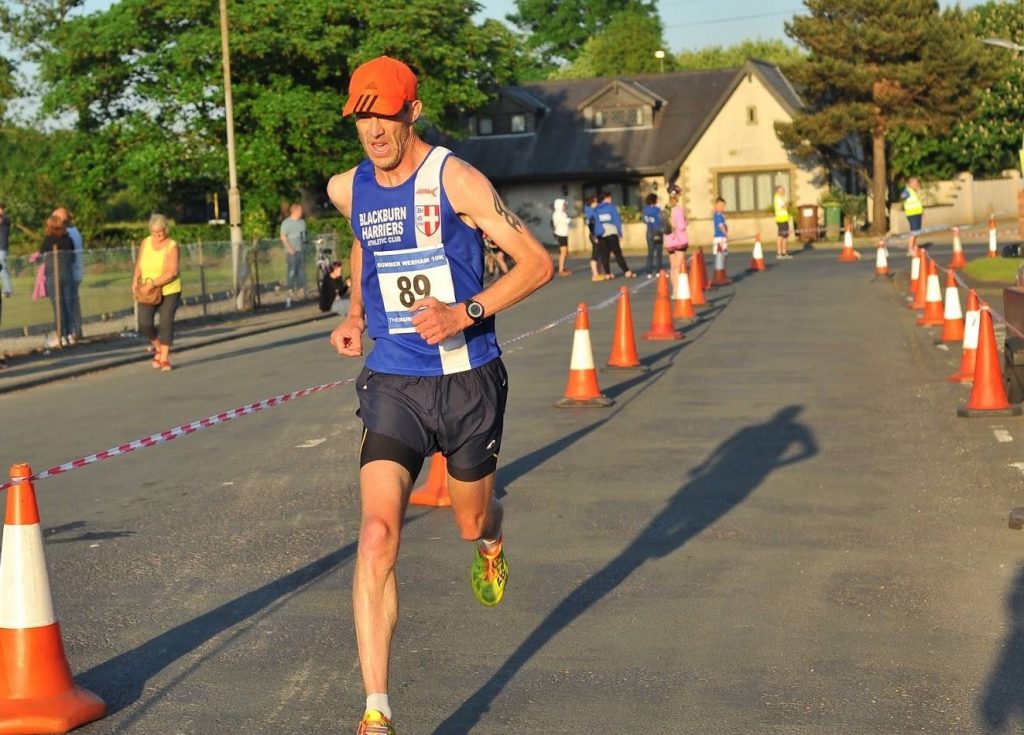 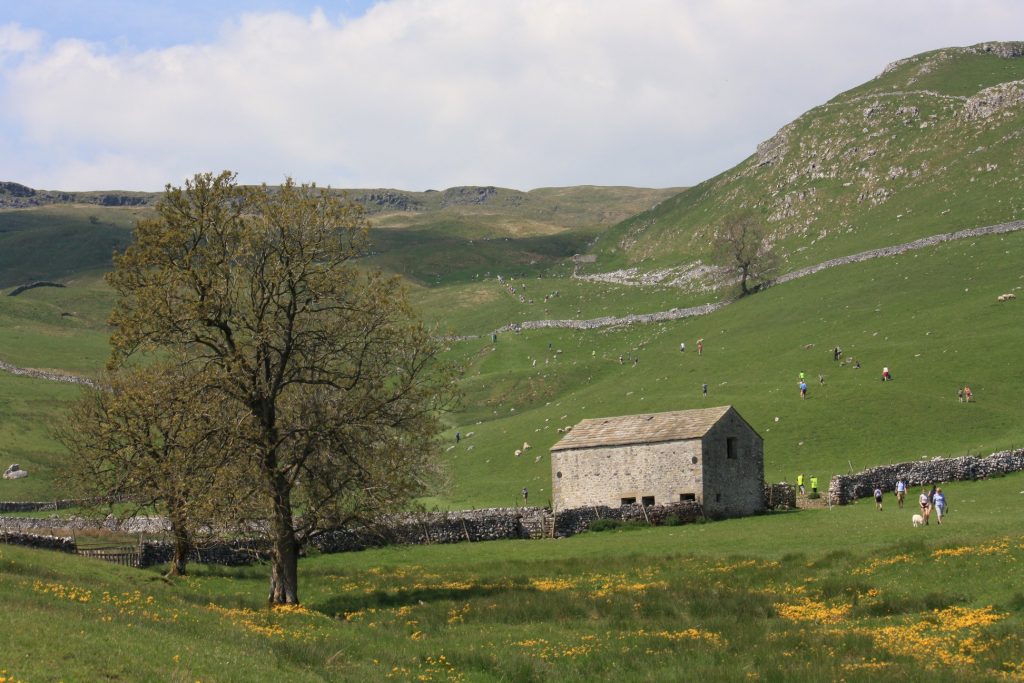 After the Race, Thomas shared his thoughts about the day and his previous races telling us “I was fairly pleased with my race, the pace was slow to start with so I found myself taking out the lead which I didn’t really want. But I was happy with my climbing and reached the turn point first only to be caught by an Ambleside runner there.  I maintained 2nd position to the end though.  This was a low key fell race but after 2 years off the fells I’ll take this 2nd to add to my 5th at Pinhaw and 7th at Great Hameldon Hill. 3 fell races in 3 weeks I am loving it, great to be back out here”. 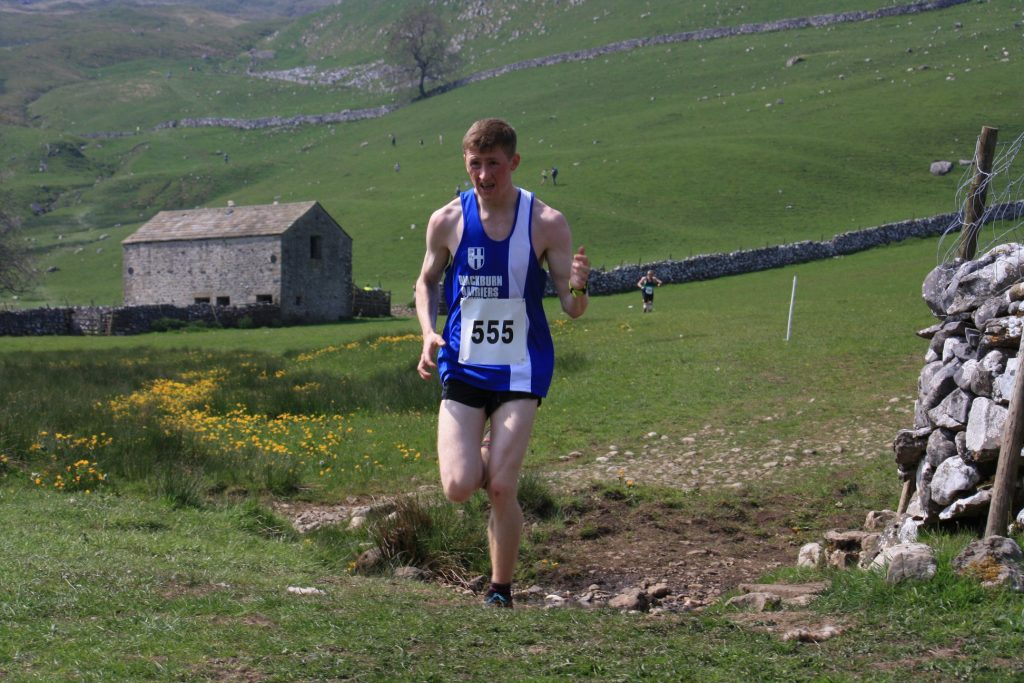 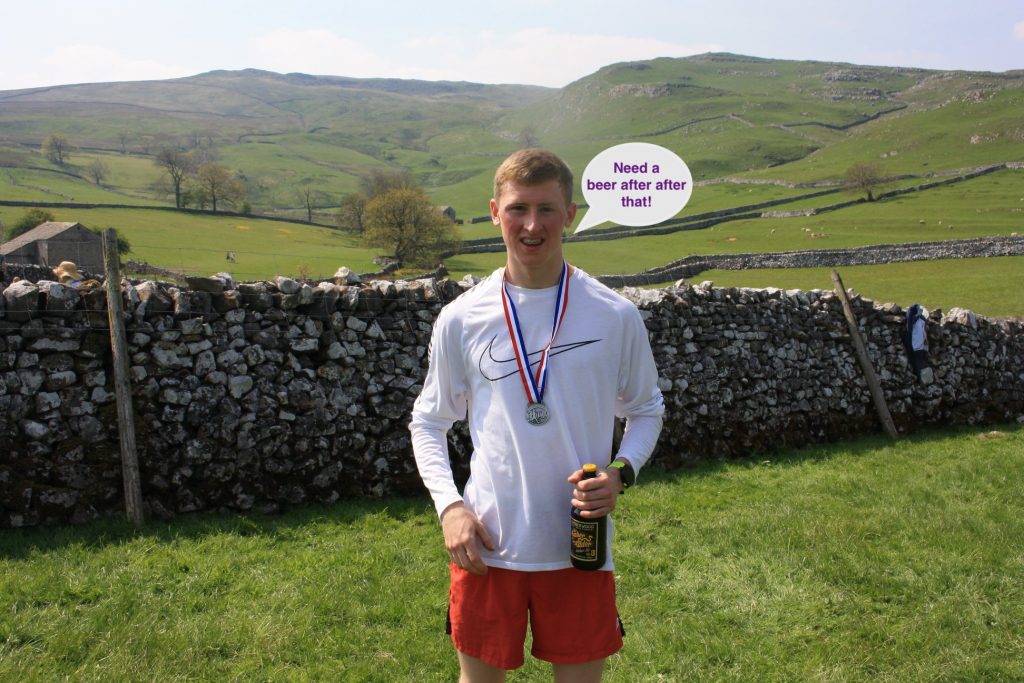 U13 Libby Neal has done a few Junior Fell Races of late and she was out again too at the U13 Junior Race at Malham coming home in 82nd place with a time of 15.52. 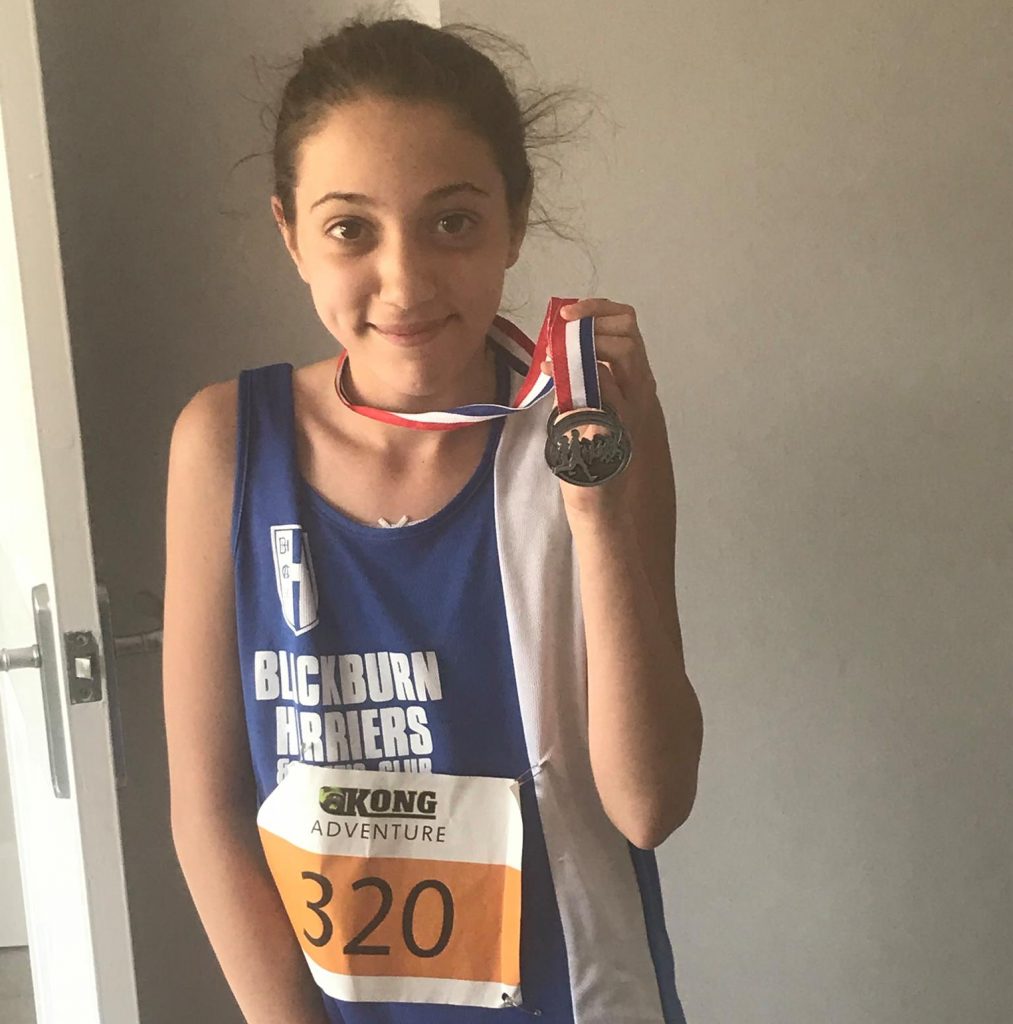 Another big field in the Harrock Hill Race – the first of four in the Series – featuring well over two hundred runners on the night. It was top ten finish for Blackburn Harrier John Horrocks who came home in a time of 35.23 in 6th position overall.

Becky Shorrock took this event on and put in a good solid performance coming home in 22nd place out of a field of two hundred and twenty eight athletes clocking a combined time of 1hr 23. 42 – her run (24.31) was a minute quicker than the athlete who won the competition and 24 seconds faster than 3rd place.

Please Becky spoke to the Club about her day saying “I decided to enter the local triathlon and absolutely loved it. I entered the swim with the intention to just survive, then picked many off on the bike and run. Searching for my next one already!” 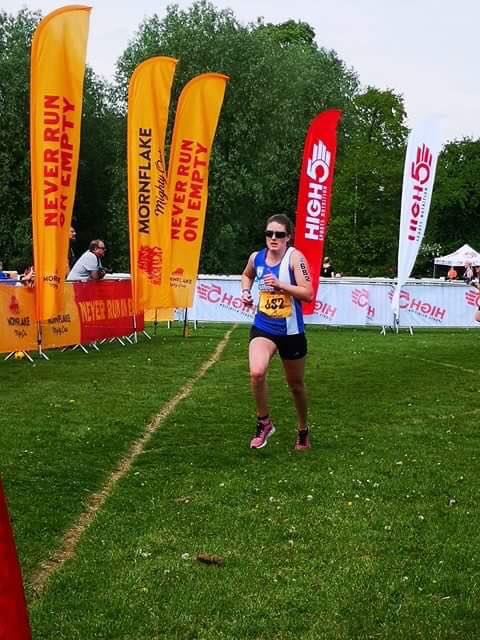