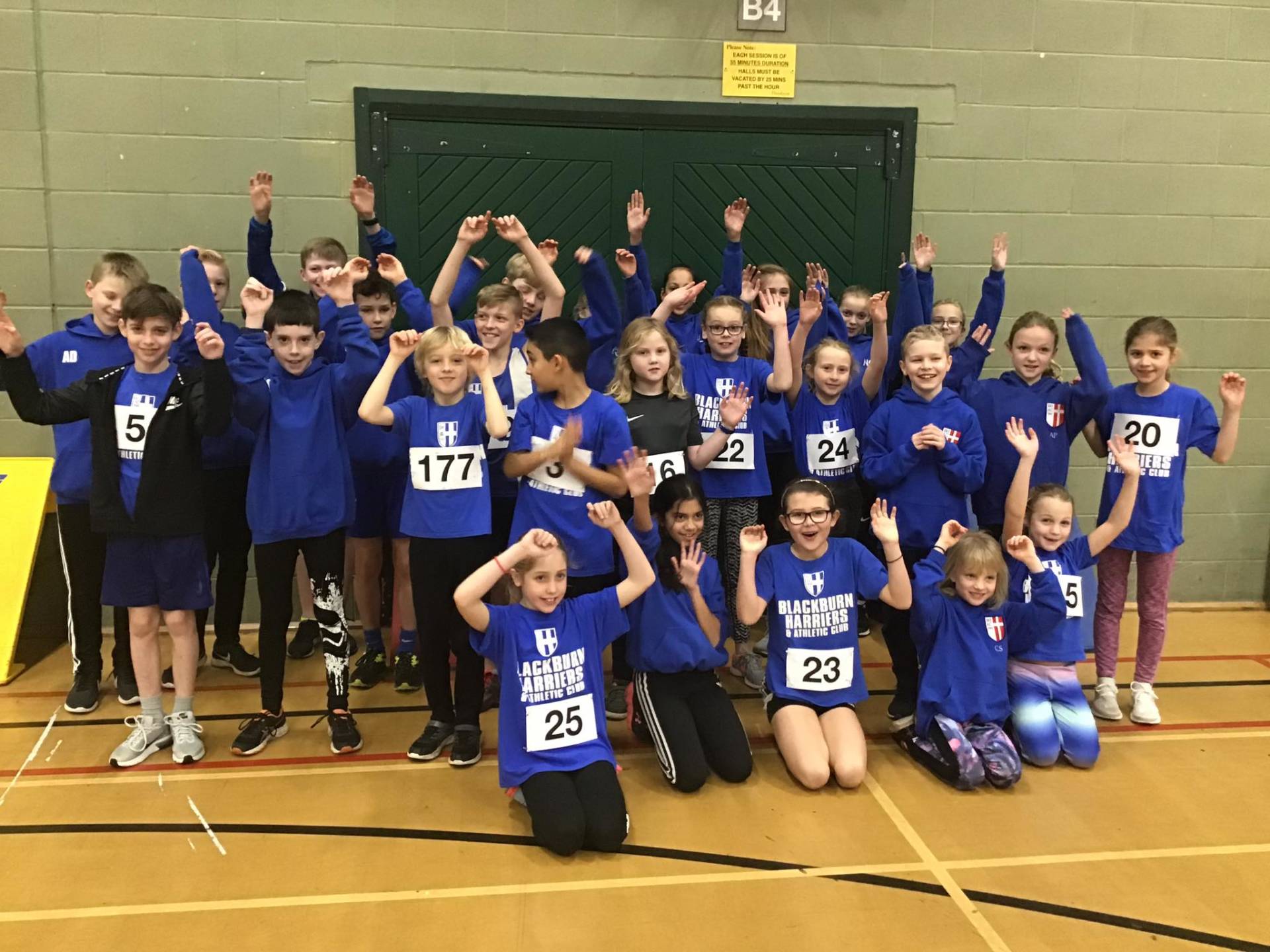 The Club’s Sportshall squad have put in a tremdous performance in this years League which stretches from November 2018 through to January 2019 – covering three fixtures at Stanley Park Blackpool. Over the season, the Harriers finished in 2nd place behind Preston in the eight team League; And as Simon Pollard said afterwards “A great day competed in a great spirit. Roll on the Regionals on 24th March “. 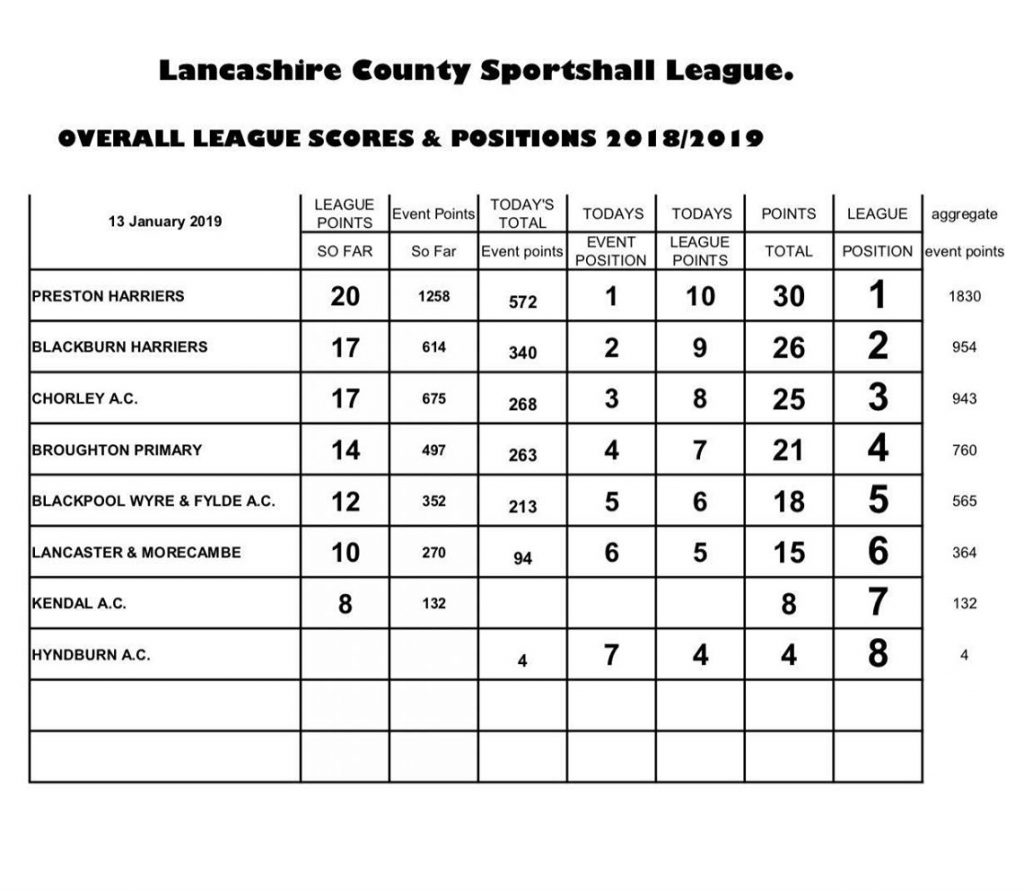 Team Managers and Sportshall Coaches – Simon Pollard for the boys and Lindsay Davies for the girls – were delighted with all of the young Harriers and their performances, both individually and overall as a team.

Boys Team manager Simon Pollard reflecting on the day, told the Club “13 U11 and 4 U13 Boys made up the Harriers Boys team, helping the team to second place overall over in the 2018/19 Sporthall season. 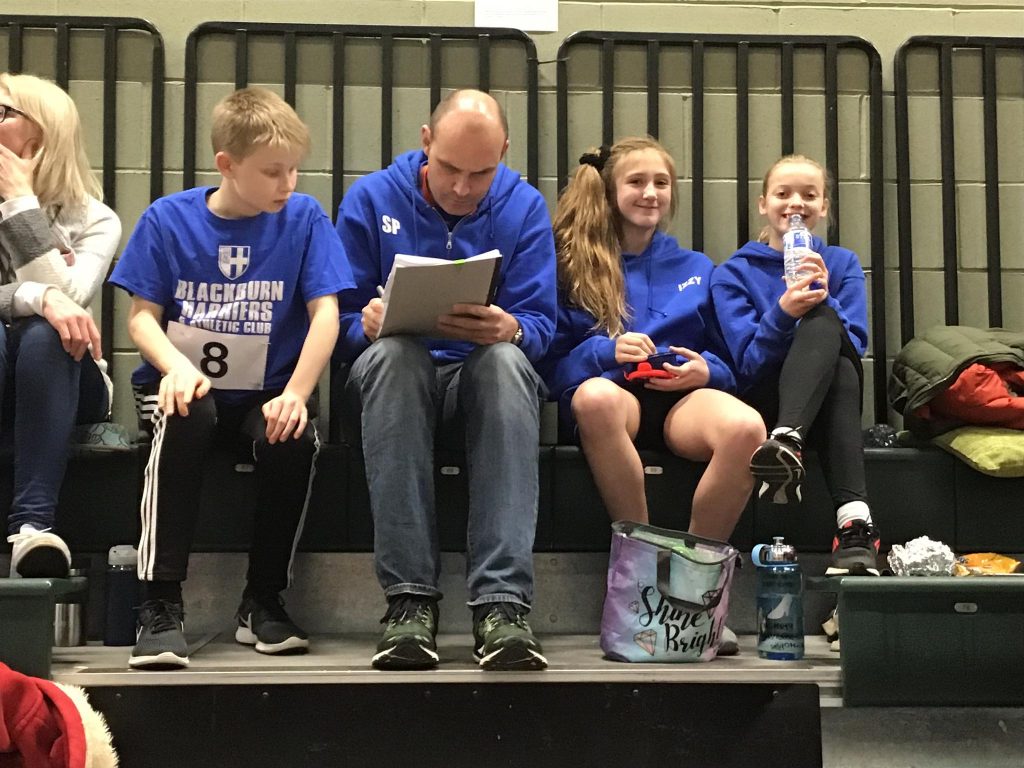 All the athletes displayed great behaviour, attitude and enthusiasm and this in turn led to strong performances, notably Harrison Allcock being Athlete of the match, who placed first in the 2 lap (23.4 Sec), Long Jump (204cm), Speed bounce (80) and gained a distance of 6.45m in the Shot put, for the U13 Boys and Matthew Smith missing out on the same award for U11s by just one point. Aside for these two athletes mentioned other performances worthy of highlighting (I know they all are!) were Alfie Ward, placing second in the 2 Lap with 24.9 secs, Aidan Downes with a second place finish in the U13 standing triple jump with 6.04m and Codie Dewhurst with a score of 80 in the speed bounce a second place in the 6 Lap with 85.9 Sec.  Worthy of note were strong performances by first time Sportshall entrants Abdollh Shriha, Daniel Smith and Theo Robinson.  Finally relay teams: Alfie Ward, Matthew Smith, Kingston Turner and Adbollh Shriha had a good run in the U11 Grand Prix relay, with Harrison Allcock and Aidan Downes competing up an age group in the U15 level in the 2 x 2 relay and Codie Dewhurst and Daniel Smith taking on the U13  6 lap Paarlauf “. 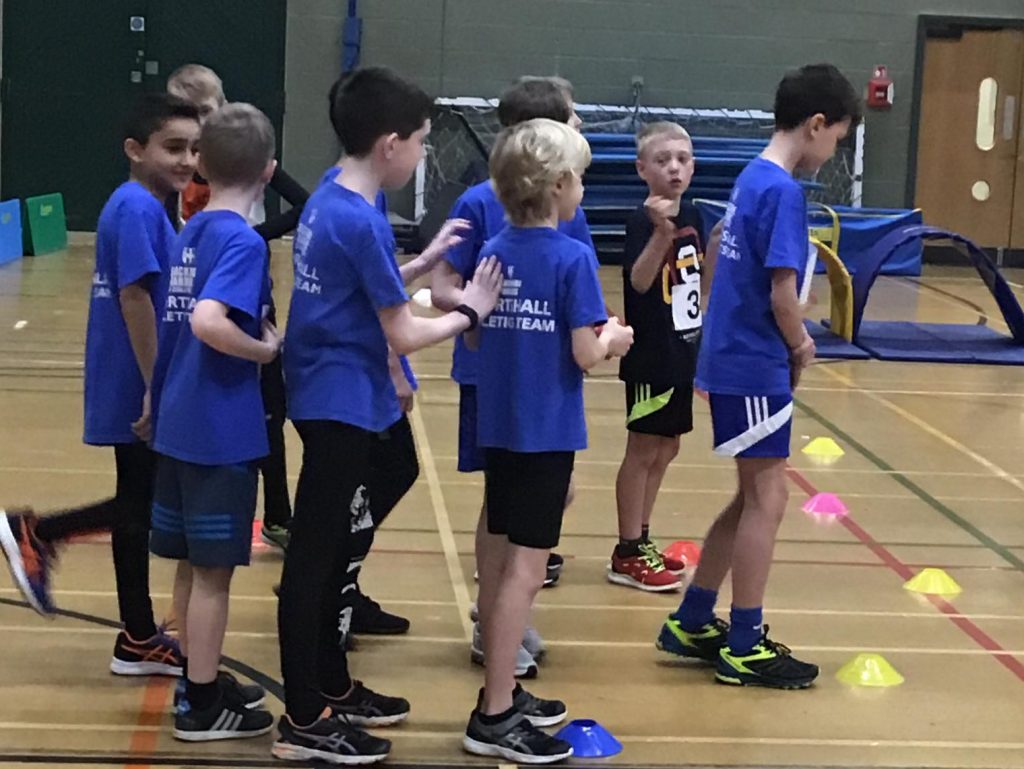 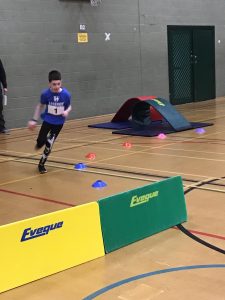 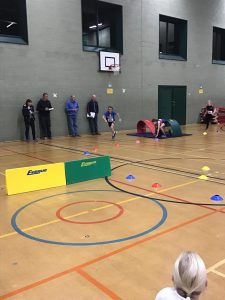 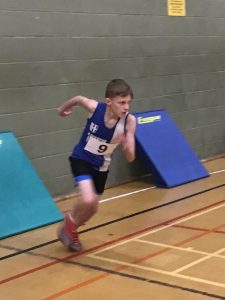 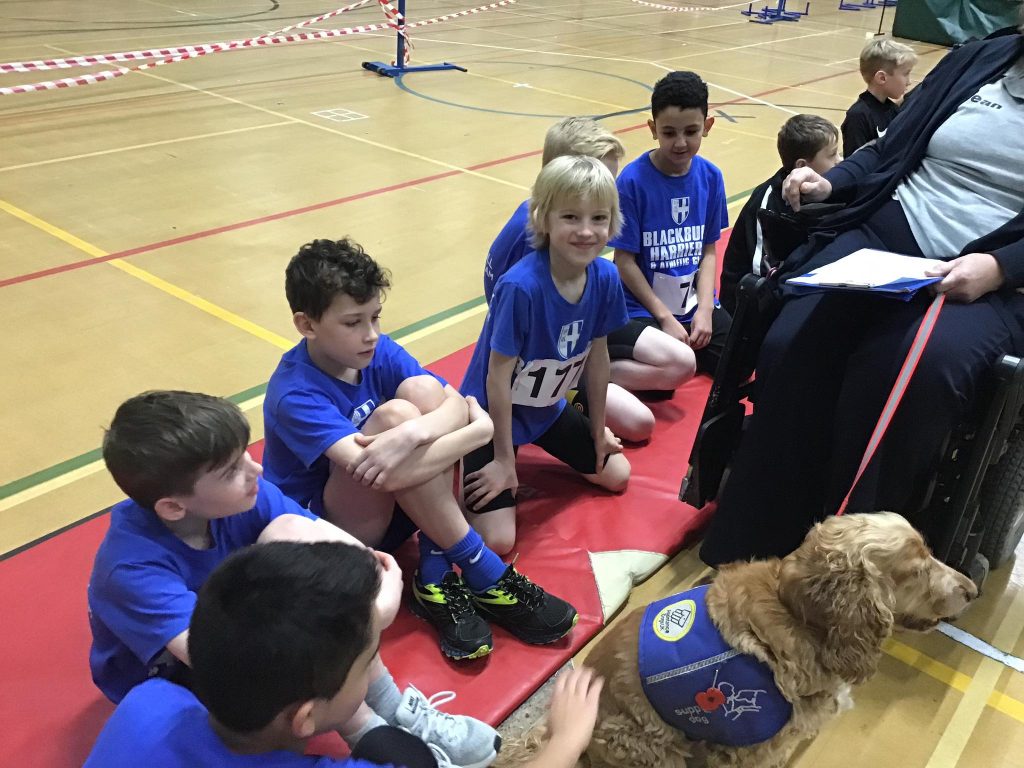 The Girls Team Manager – Lindsay Davies – was equally effusive about how the girls had acquited themselves and commented that she was “a very happy coach and girls team manager, all the Sportshall kids really pushed themselves today and we had some fantastic performances” explaining that the different age groups finishing the season in the following positions overall:- 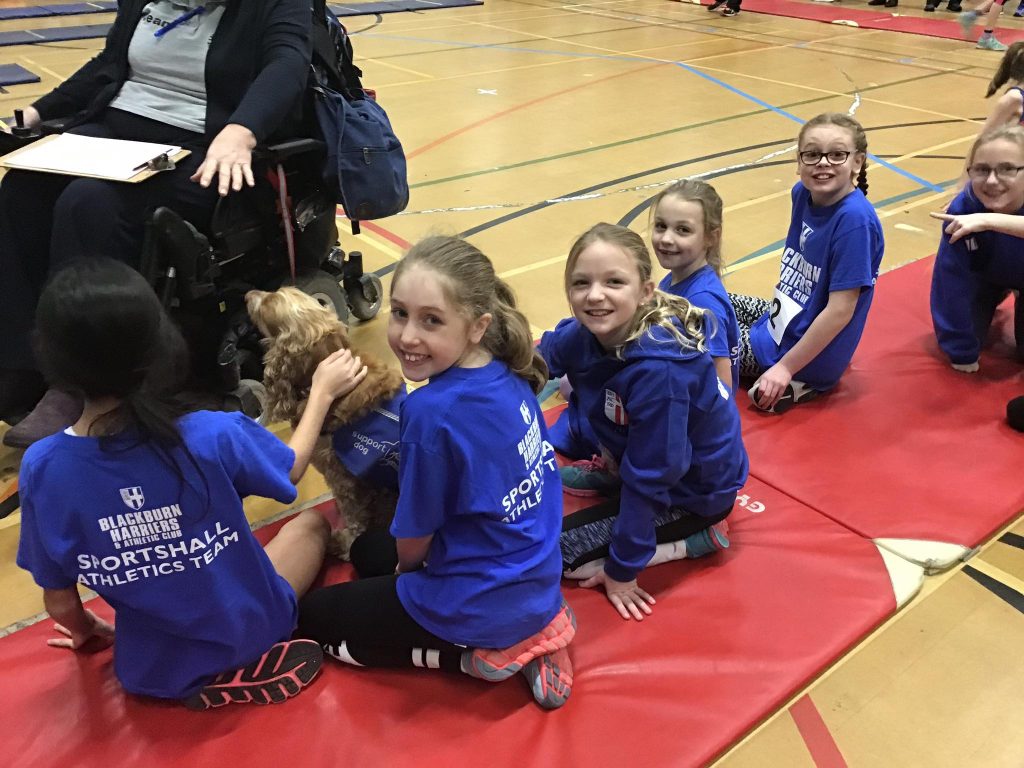 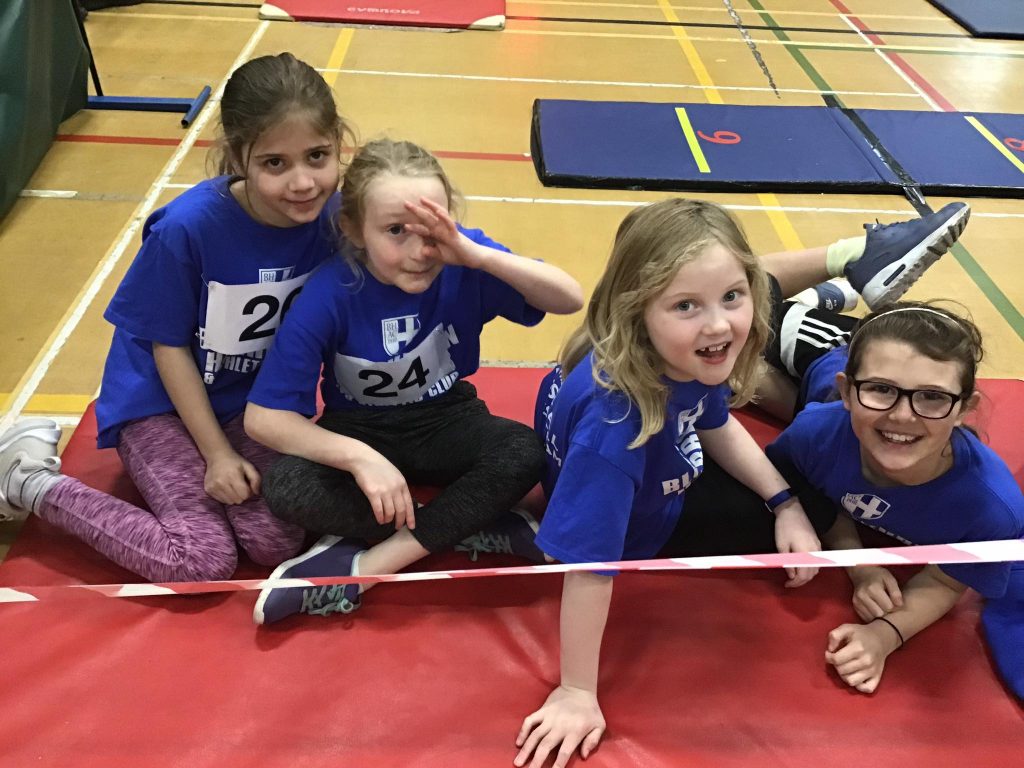 “This is calculated over all 3 matches out of 8 teams which are, Blackburn, Blackpool, Broughton Primary, Preston, Lancaster, Kendal, Chorley and Hyndburn. We had a lot of new starters so to come 2nd overall is a massive achievement. Lots of training from now till December to try and come back and beat Preston who beat us to the top slot. Great performances from Alisha Lehner who is a previous Athlete of the match with a 1st place in the 1 Lap with 12.7 and Alesha Hindle with a 1st place in the Balance Test with 60 seconds. So proud of all the girls who were smiling all the way through the day and very well behaved”. 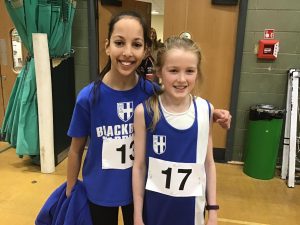 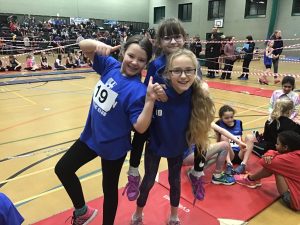 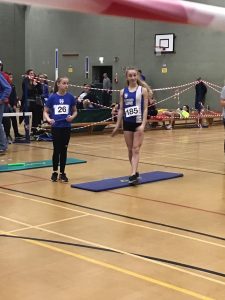 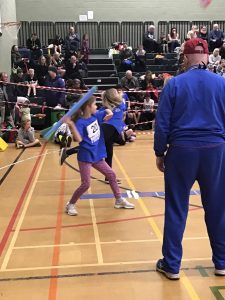 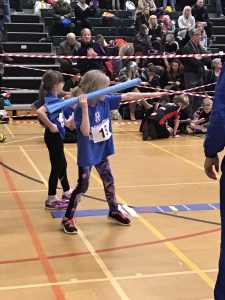 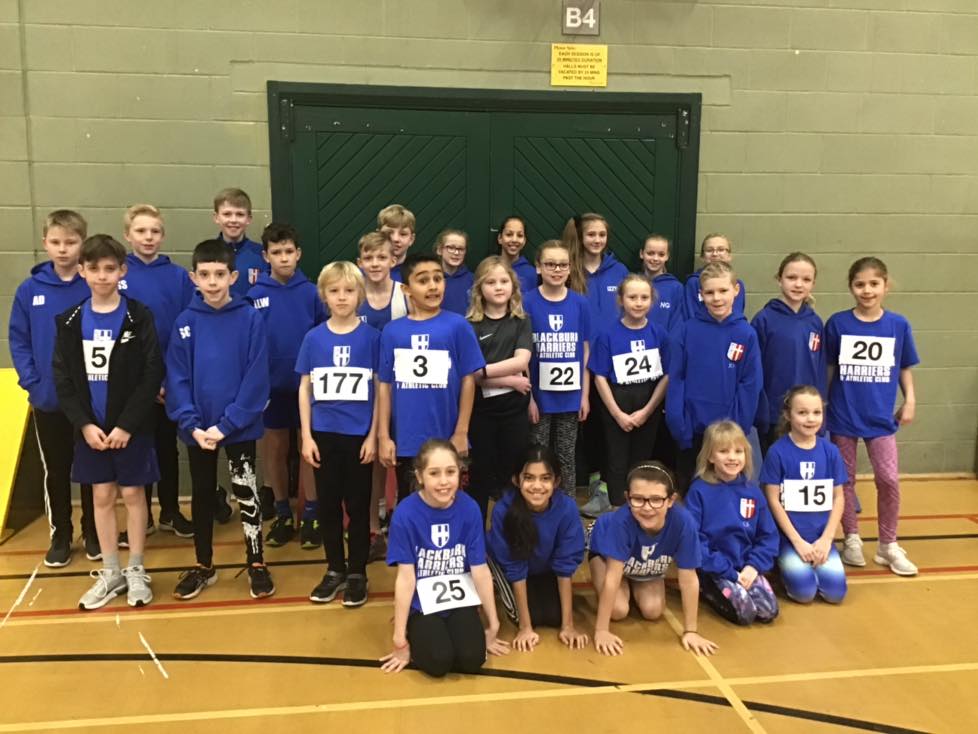