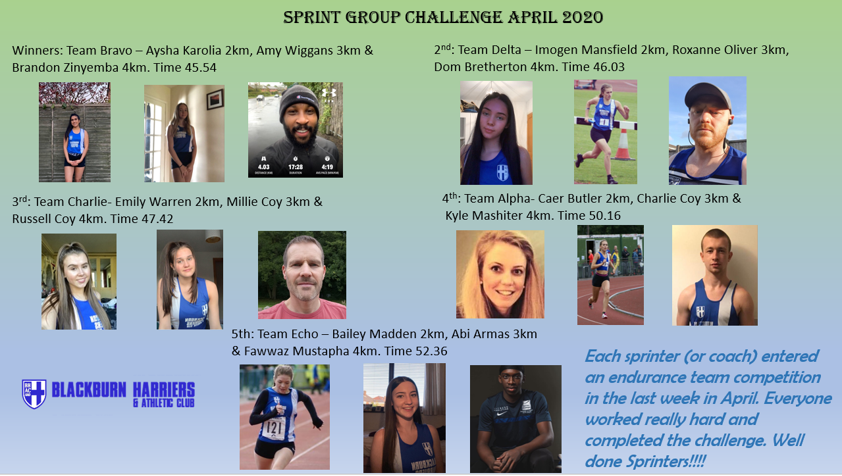 Blackburn Harriers Spinters put together a novel way of doing some Endurance work by organising a Challenge for members of the squad, who were asked to run individual legs of 2k, 3k or 4k. The idea was to combine the times accumulated by each Team and see which one of the five Teams came out on top. Then of course there were ‘bragging rights’ for those who ran the fastest legs over the relevant distances.

In the end, there was very close battle between first and second teams which resulted in Team Bravo running out the Winners with a total time of 45.54 for the combined distances of 9k with Team Delta in 2nd spot (46.03) and just 9 seconds further back, Team Charlie placed 3rd (47.42), Team Alpha 4th in a combined time of 50.16 and Team Echo in 5th (52.36).