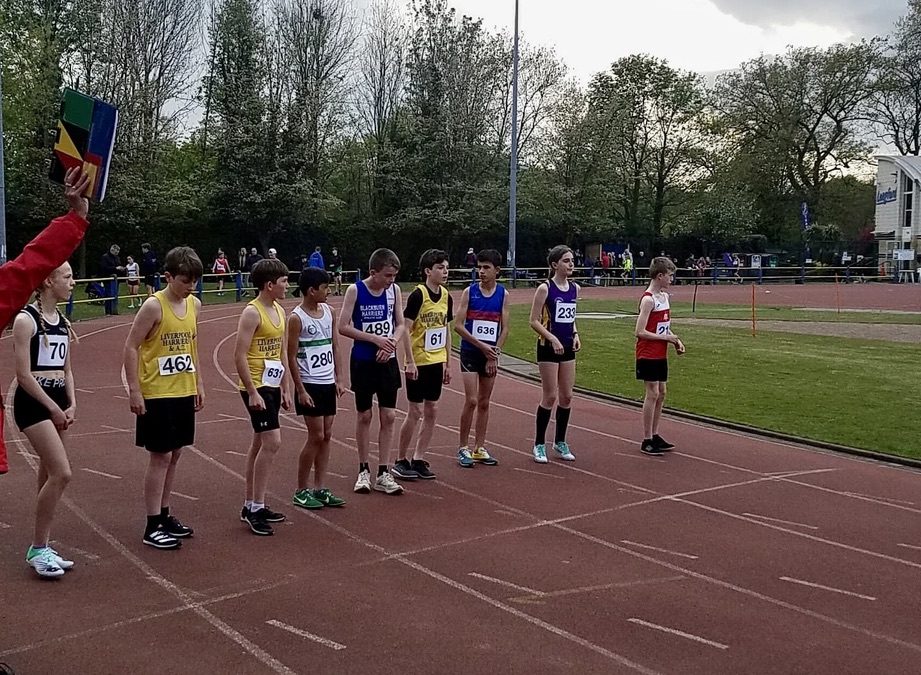 Trafford Open meeting on May Day

It was a day for U11, U13 and U15 athletes at Trafford on Bank Holiday weekend which saw a number of Blackburn Harriers young athletes competing – some for the first time this season and others having already had a competition under their belt – Matthew Smith; Daniel Nuttall; Oliver Gill; Tamzin Osborne, Aidan Hargreaves; Ben Stratton

There doesn’t seem to be any stopping U15 Matthew Smith. April 17th saw Matthew at Trafford where he posted a win in the 800m and a PB, a second in the High Jump and a PB and a win in the Long Jump. At his second meeting of the season, he had a fabulous day recording three new PB’s, two wins and a fifth place. Starting off in the High Jump he added 5cms to his previous best in winning the competition with a clearance of 1.67cm – taking him to number 2 in the National Rankings at this very early stage of the season. On to the Long Jump – his previous best being 4.51m and that too was shattered for a new personal best by 26cms as he placed 5th with a leap of 4.77m and at the end of the long day, he took on the 800m which he again won, chopping a whopping 6 seconds of his previous best to set a new PB of 2.15.78 putting him at 29th in the National Rankings. A delighted young lad spoke to the Harriers after his successful day, commenting that he was “very pleased with my 3 new PBs today and am looking forward to more competitions and trying some different events as the season develops.” 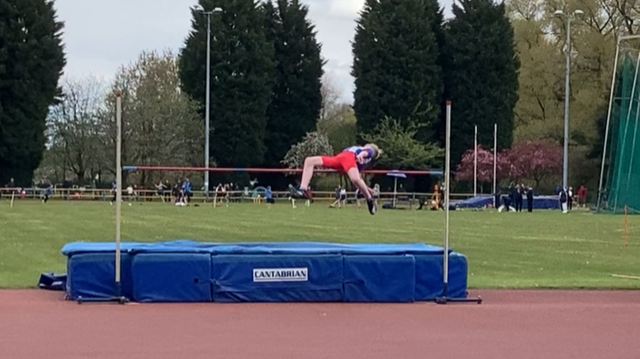 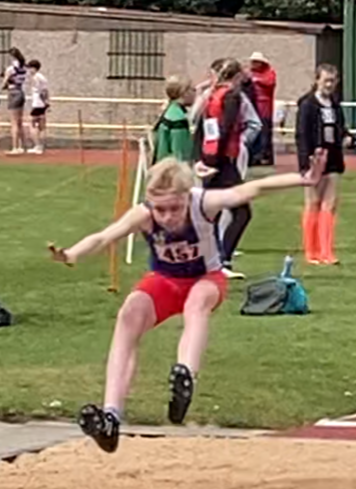 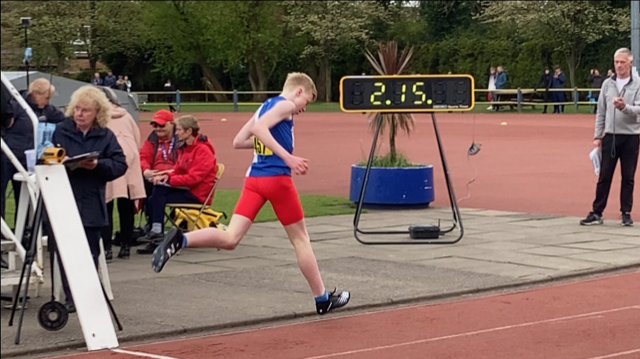 Bottom of age U15 Daniel Nuttall followed Matthew in posting wins and new PB’s. He won his 100m Heat in a time of 12.69 which was a second faster than the last time he raced over the distance. In the 200m he chopped over a second off his previous best to set a new PB of 26.01 in 2nd place before going onto to the Long Jump adding 6cms for a new PB of 4.22m in 6th spot. U15 Aidan Hargreaves also took on the sprint double – his first time ever competing and did pretty well on his debut with two 5th places – clocking 14.87 in his Heat of the 100m and 29.86 in his Heat of the 200m. 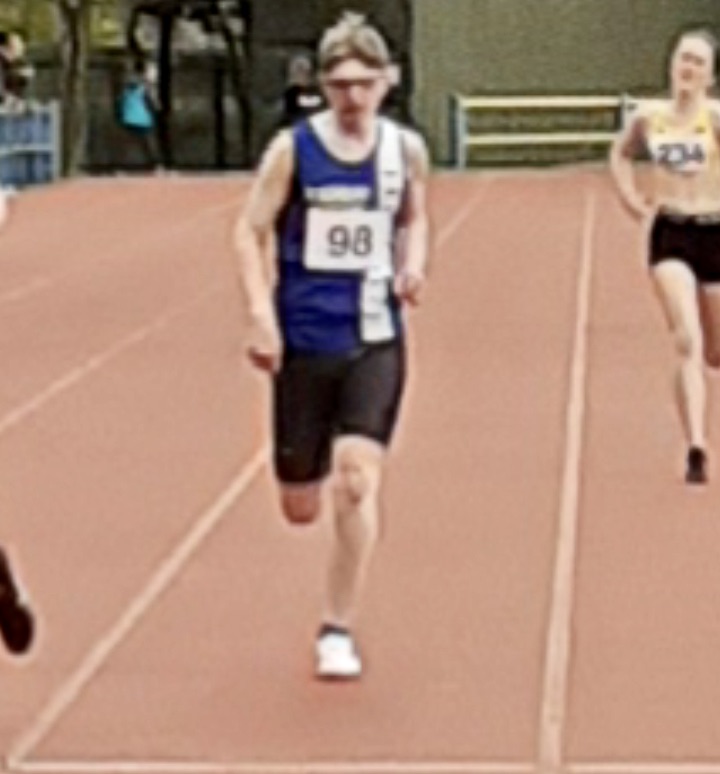 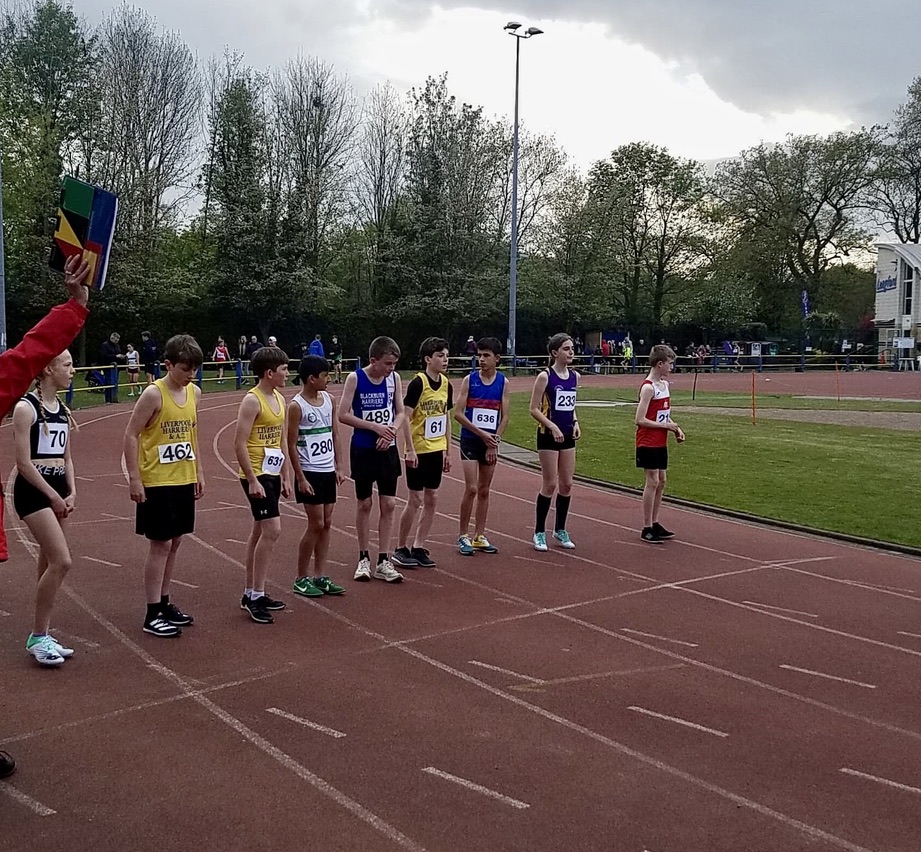 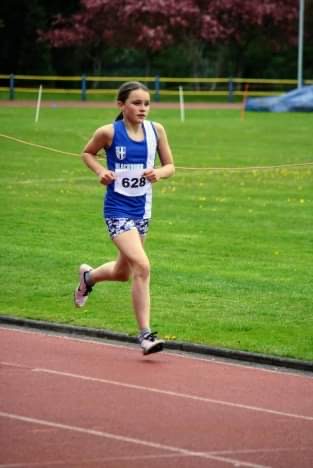 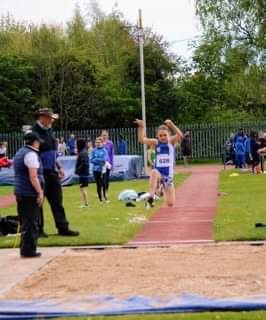