This year the regional sportshall championships accommodated some North East teams as well to became a Northern final. Lancashire had the largest number of athletes there on the day, and each and every one of them represented their county with fantastic determination and great teamwork in all the relays and team competitions.
From the day there were 6 opportunities to go forward to represent the North in the National championships. Prior to this year only a few Lancashire teams and individuals have made it to Nationals. Lancashire this year actually won 5 out of the 6 places- both under 15 teams, both under 15 individual winners and the under 13 girls teams. The under 13 boys team came a close second on the day. Now those teams go to Nationals on the 10th April at Essex University in Colchester. Blackburn Harriers made up athletes for half of each of the under 15 teams boys and girls and another 3 Blackburn Harriers will compete in the girls under 13’s team of 10. The Blackburn Harriers athletes who will go to Nationals are:
Agatha Taylor
Leila Pilkington
Hannah Davies
Kara Dacosta
Maimuna Muinos
Isabelle Hartley
Daniel Nuttall
Jacob Fisher
Harrison Allcock (who goes as captain of the Northern Team) Caer Butler with Lancashire Squad
Both under 11 teams performed magnificently on the day especially as there were several last minute withdrawals. Athletes picked up extra events and worked hard for the team. Personal bests were achieved throughout the day and we could not have asked each athlete to give anymore.
So proud of you all and how well you competed on Saturday. You are a credit to your parents, your coaches and your club. Well Done!
Caer Butler
Blackburn Harriers Coach and Lancashire County Sportshall Chairman 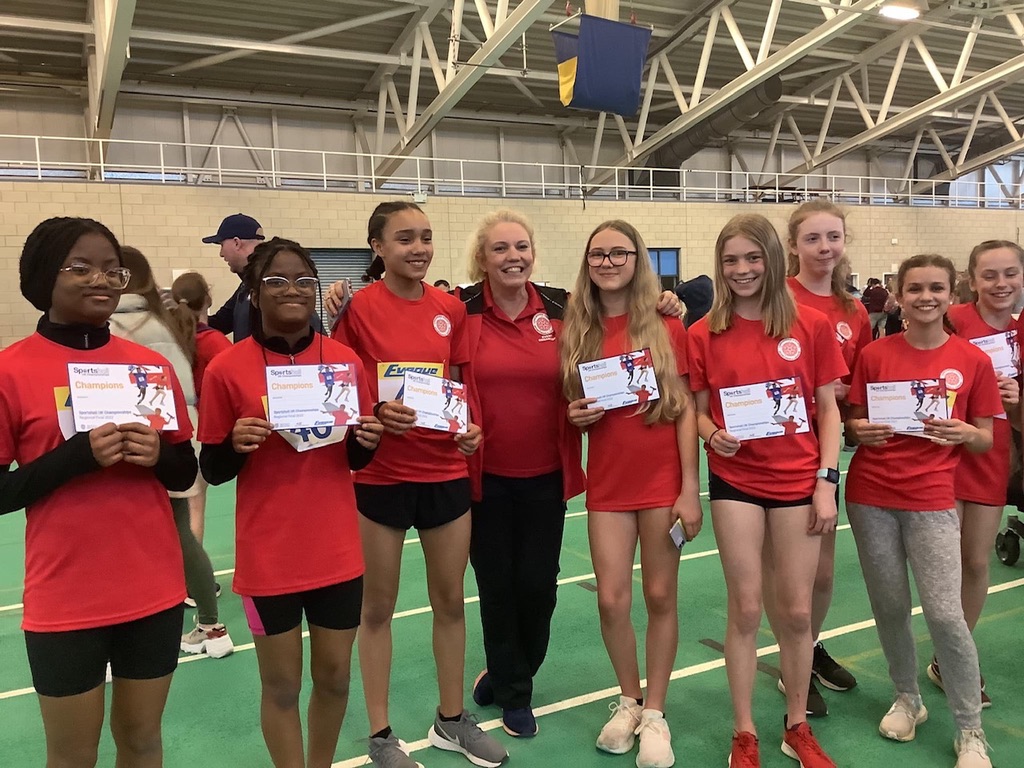