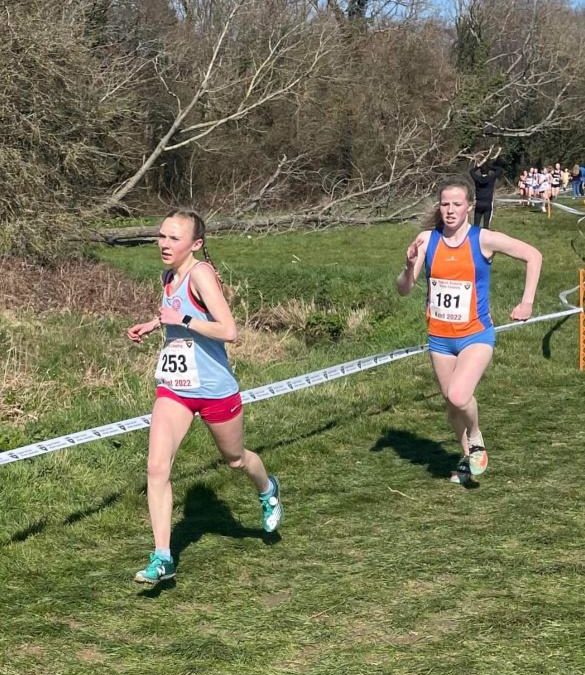 Sunshine on a fine day greeted athletes at this years English Schools Cross Country Championships held in Kent on Saturday. Having qualified for their County, Blackburn Harriers athletes had eight competing for Lancashire in Intermediate Girls; Junior Boys; Junior Girls; Intermediate Boys; Senior Girls and Senior Boys – the race age categories being determined by school year and not their usual age group as determined for league and other championship cross country racing.

Isabel Holt who had been first counter for Lancashire in the U17’s at the Inter-Counties Cross Country Championships the week before, had another fine run in the Intermediate Girls race finishing as first counter again – placing 14th overall (14.22) out of a field of three hundred and thirty one athletes – Lancashire placing 16th out of 44 Counties. Isabel spoke to the Club after her race commenting that it was “A great experience overall and really happy with my result, a good way to finish XC season!” Lancashire just missed out on a top ten finish by three points in the Intermediate Boys race with their total of 496 points – Lincolnshire taking 10th place with 493. Dexta Thompson had a really good run to finish as 4th counter in 99th place with a time of 21.21. 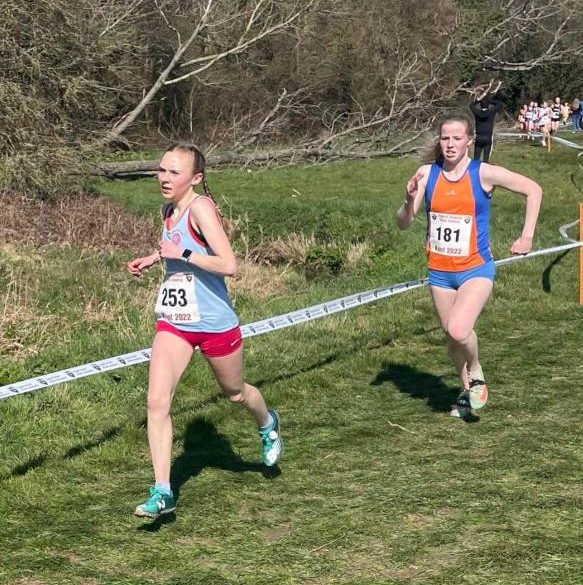 Sam Aspey, Kieran Hamilton and Oliver Gill were in the Lancashire team for the Junior Boys race. Sam, was like Isabel, the first counter in the U13’s at the Inter-Counties and continued that good form taking 78th spot (14.05) and 2nd counter. Kieran was running his first race as a Blackburn Harrier and had a very good debut placing 82nd overall (14.35) and 3rd counter, just one second behind Sam. Oliver has continued his good form throughout the season being 4th counter for Lancashire in 105th (14.47) with Lancashire 16th County overall. Charlotte Robertshaw ran in the Junior Girls race featuring three hundred and forty athletes posting a time of 14.55 as 6th counter for Lancashire in 288th spot. 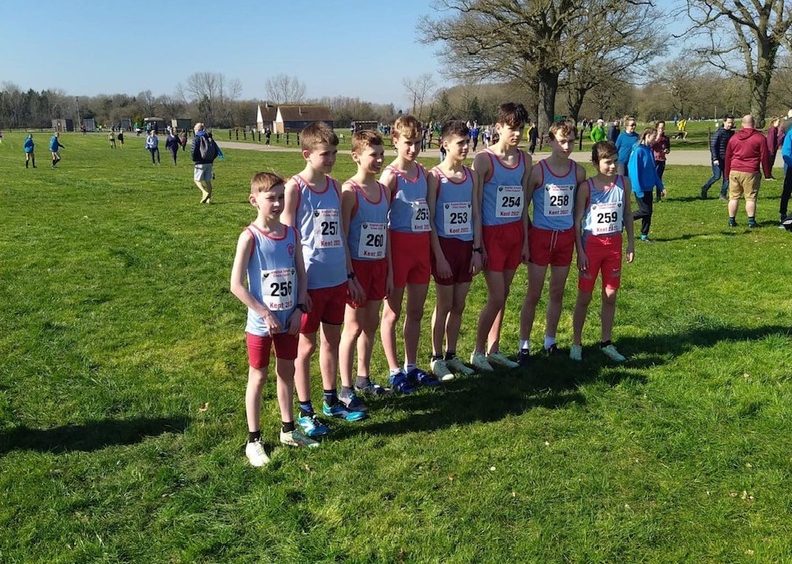 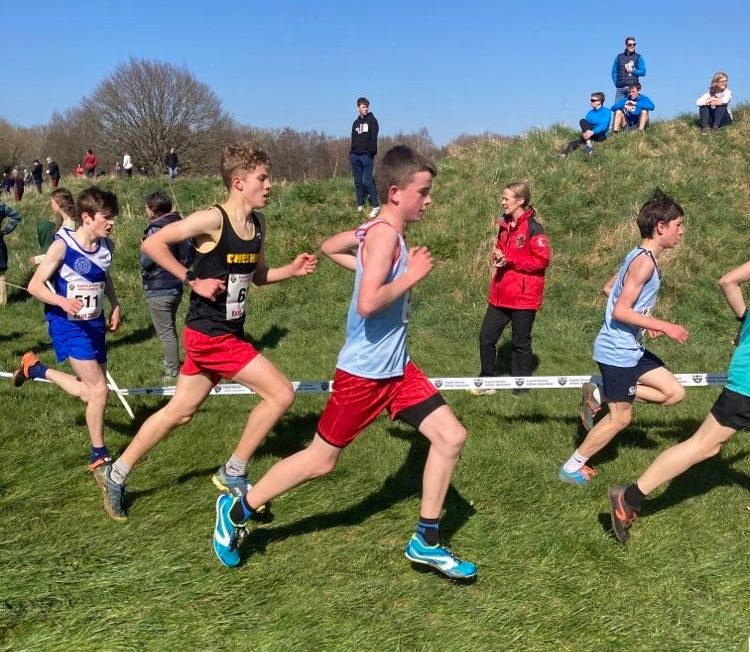 Abigail Stratton had finished as 3rd counter for Lancashire in the Inter-Counties U17 race and went one better in Kent in the Senior Girls race as she took the 2nd counting spot for the county in 41st place overall with a time of 15.29 as Lancashire came 14th overall out of the 31 teams. Lancashire’s highest team position of the day came in the Senior Boys race, finishing 5th out of 34 teams and just 4 points clear of Hampshire in 6th position. David Holman running strongly, came home in 75th spot and 4th counter with a time of 25.20. 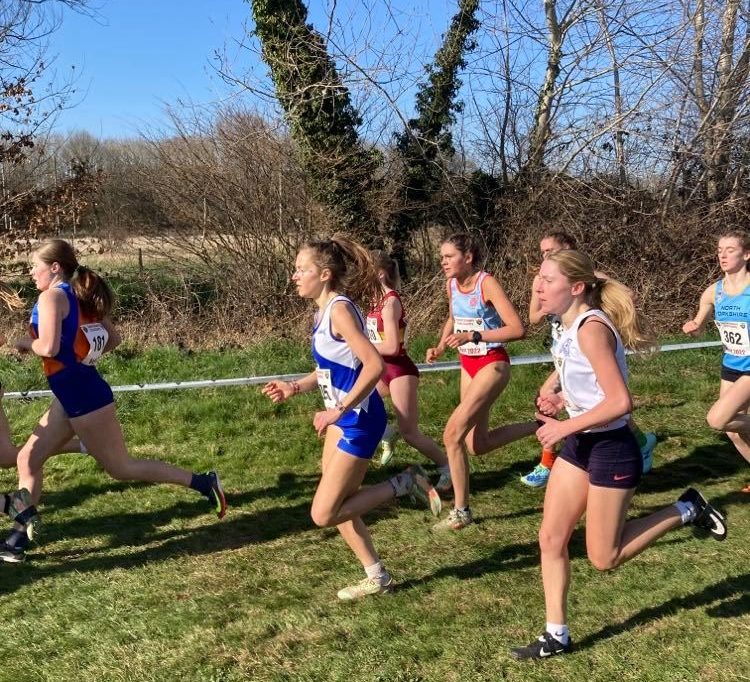 Abigail Stratton (on the inside) 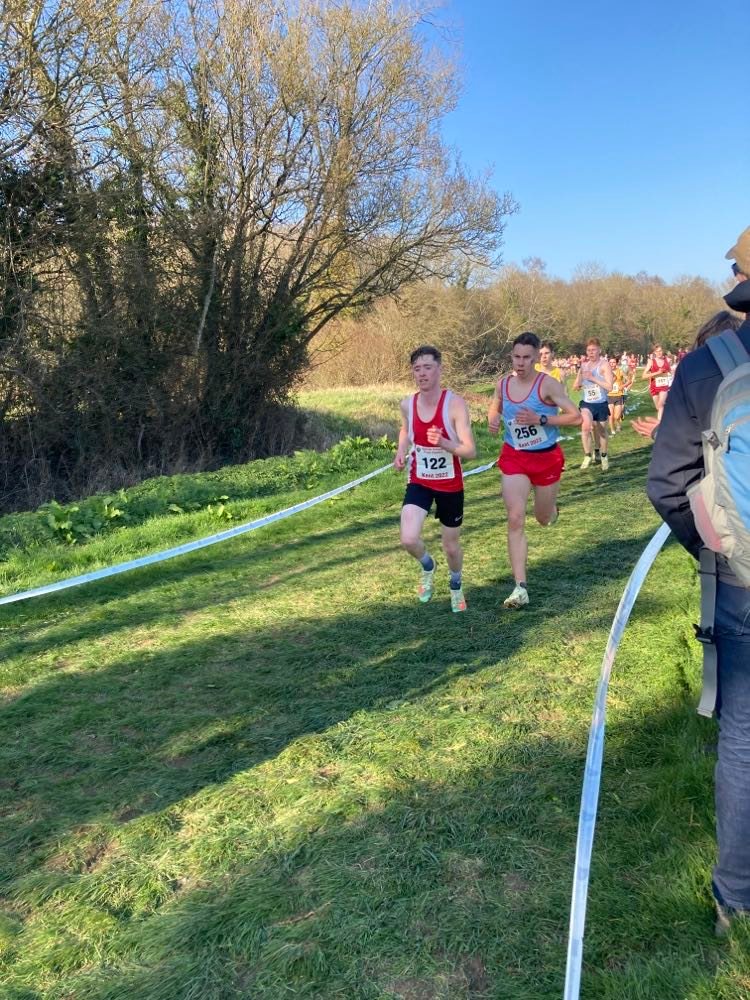 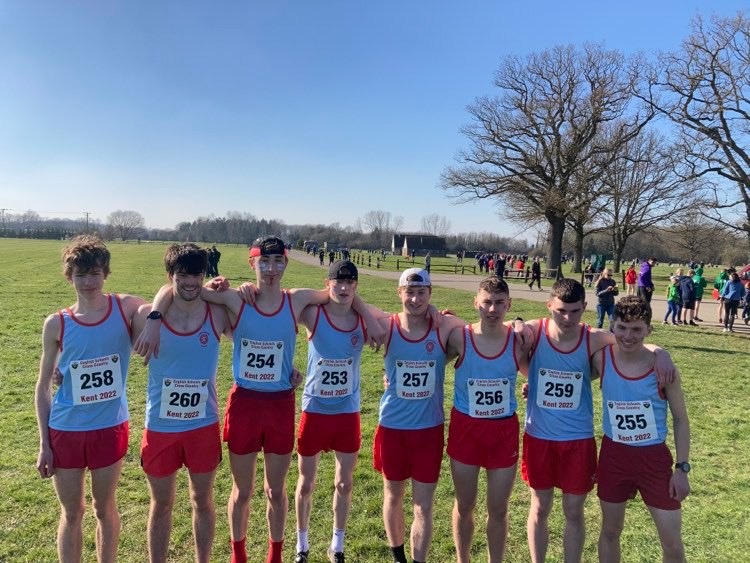 Not quite the end of the cross country season as Blackburn Harriers Paul Bradshaw can testify. Paul ran in the Police National Cross Country Championships on March 16th at Normanby Hall in North Lincolnshire and had a really good run to bag a top ten spot, crossing the line in 9th place and saying afterwards that it was a “Proper cross country course. Trails, mud, sand and a 15m water section up to your waist!”

Just over three hundred runners in this race, used often as a tester for a forthcoming Spring Marathon. The first five athletes all went under 2 hours with the race winner – Knowsley’s Chris Pownell taking the win in 1.52.56 from Border’s Mark Emmerson in 2nd (1.54.00) and Wrexham V45 Martin Green in 3rd given the exact same time of 1.54.00.

Three Blackburn Harriers toed the line at the start and all had good runs with the three of them finishing in the top 12 places. Heading the trio of Harriers was new member Dan Grundy who ran 2.03.06 which was a new PB by forty seconds in 8th spot. Just one place further back and only three seconds in 9th came Jonny Murphy in his first ever 20 mile road race running 2.03.09 followed by Chris Davies (V45) – who last ran a 20 mile race back in 2014 – running a new PB of 2.04.25 in 12th position.

U15 Matthew Smith was competeing at his first Indoor Pentathlon last weekend – March 13th – which meant taking on five events in a single day – 60m Hurdles; Long Jump; High Jump; Shot Putt and the final event – 800m. Matthew took a top ten finish, placing 9th overall with event total of 2105 points. His 60m Hurdles produced a new PB of 10.11 going on to a leap of 4.73m in the Long Jump and clearing 1.56m in the High Jump. In the Shot Putt he threw 7.77m and rounded off the day with an 800m time of 2.28.93 having never run that distance indoors previously. 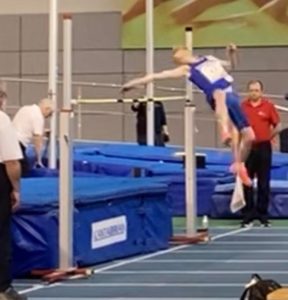 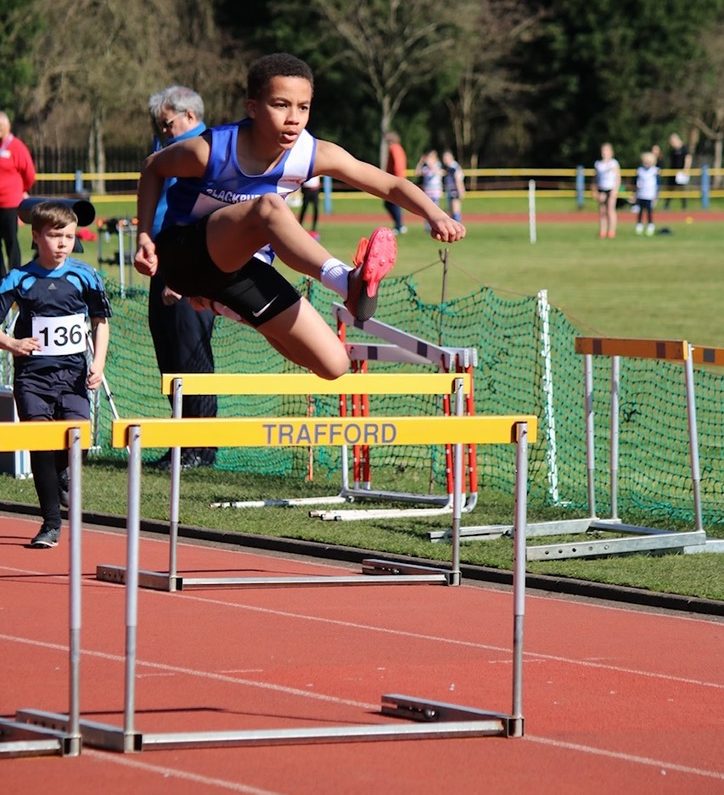 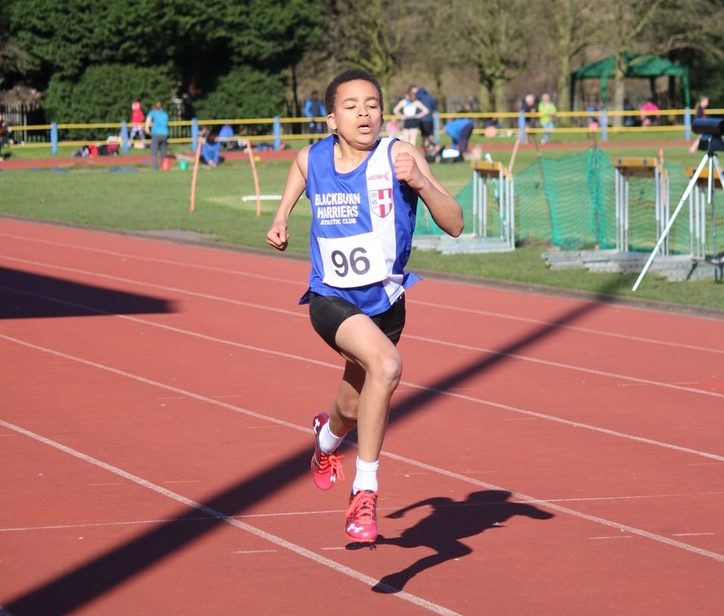 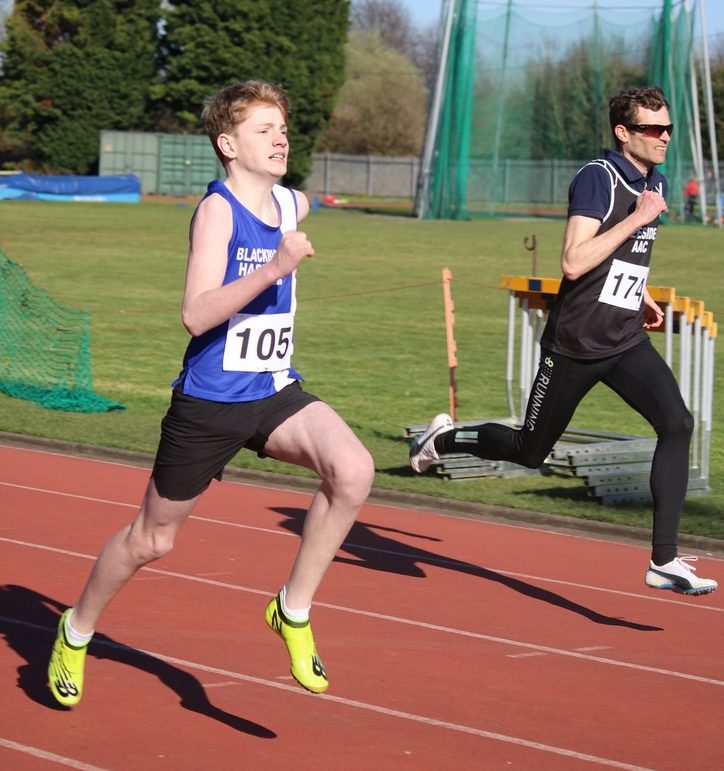 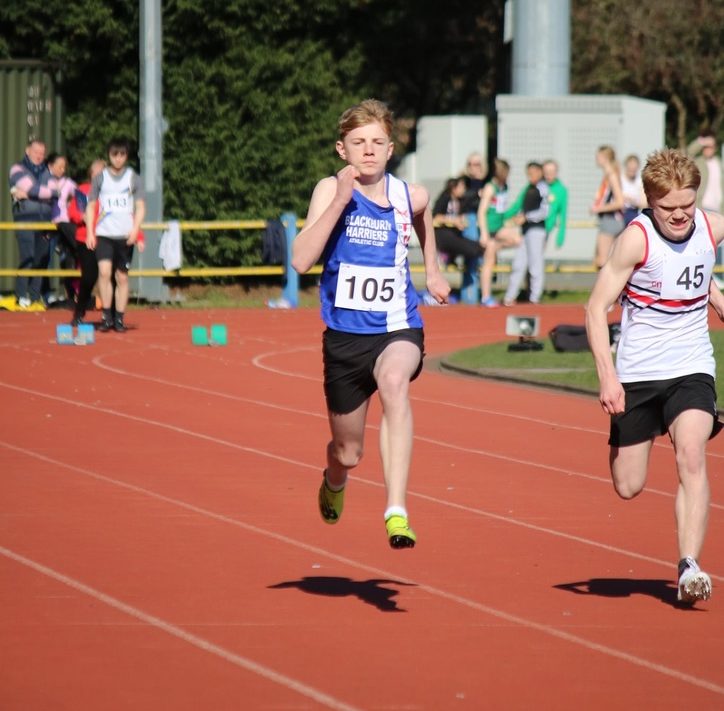 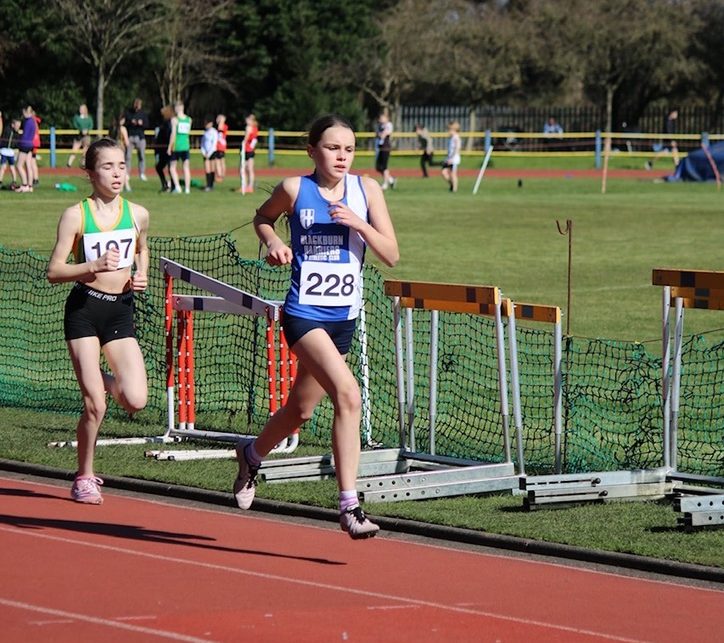 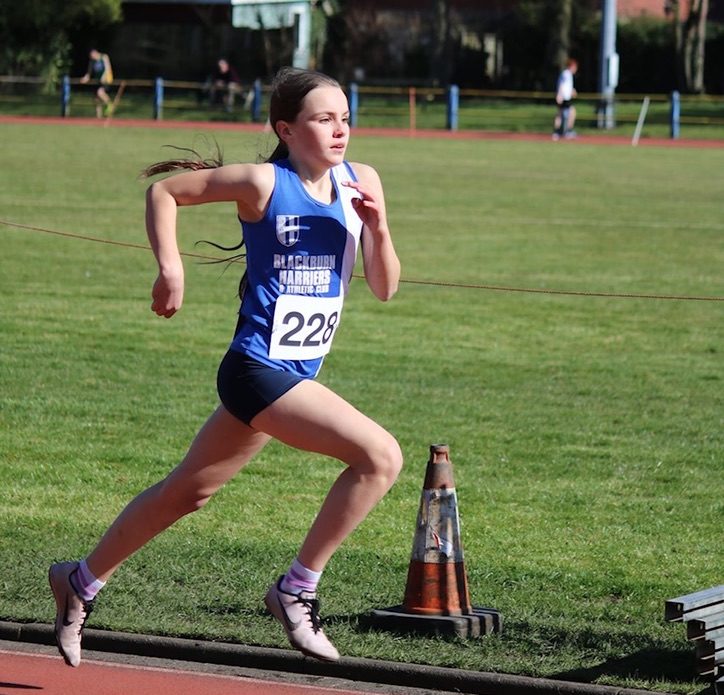 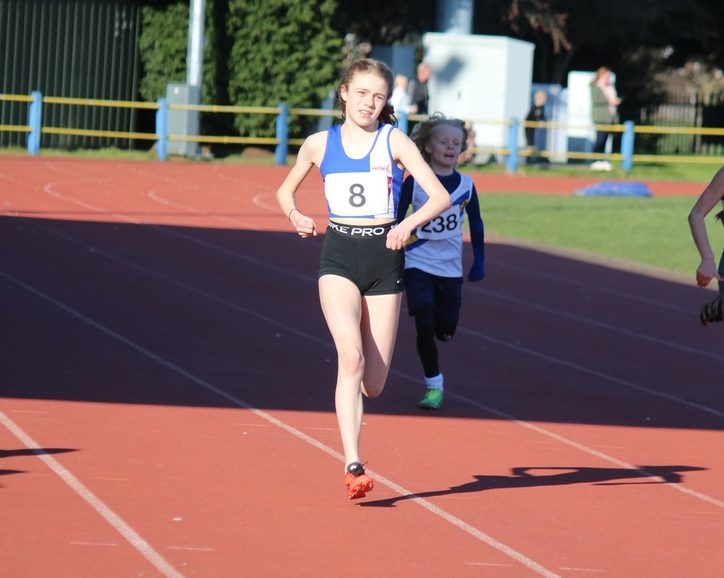 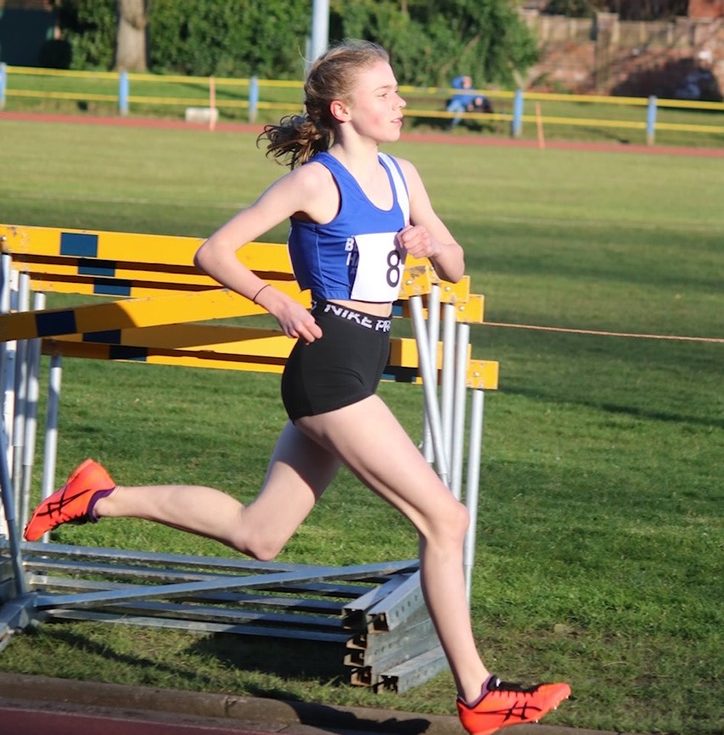 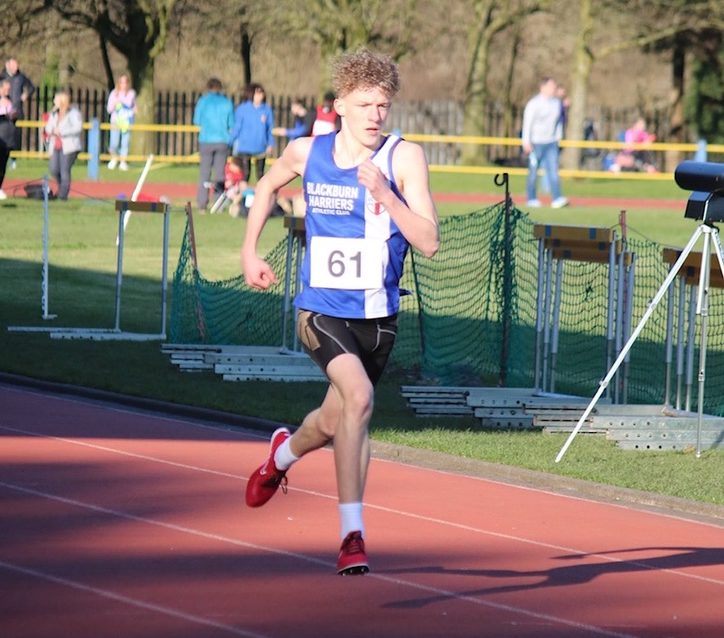