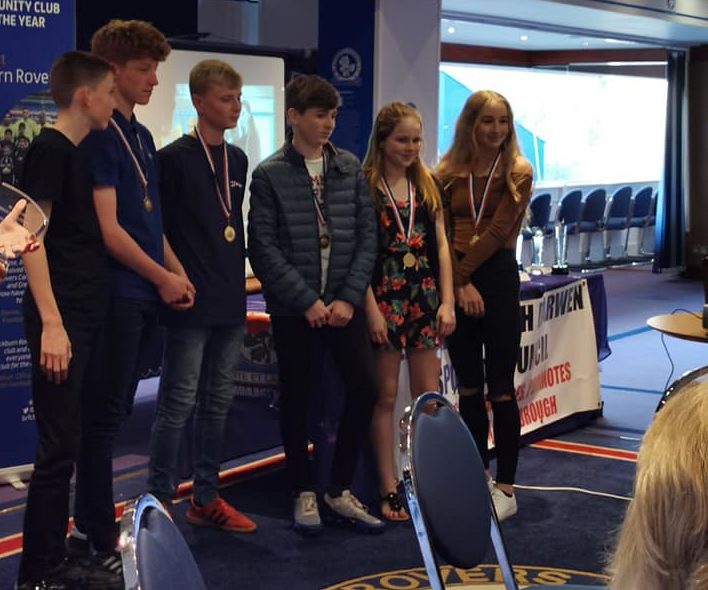 Last Friday evening – May 10th – in the Legends Lounge at Ewood Park, home of Blackburn Rovers, Blackburn Harriers success over the recent period was honoured by the winning of a number of Awards at this years Sports Council Presentation Evening.

Our first award was for the Team of the Year, won by the Clubs UKYDL Lower Age Group squad who set out to win promotion to the Premier Division of the League. This League is for male and female athletes in the U13 & U15 age category – in which – the Harriers young athletes have done remarkably well – winning back to back Divsion 2 and Division 1 Titles to secure their ambition of attaining Premier Division status in 2019. 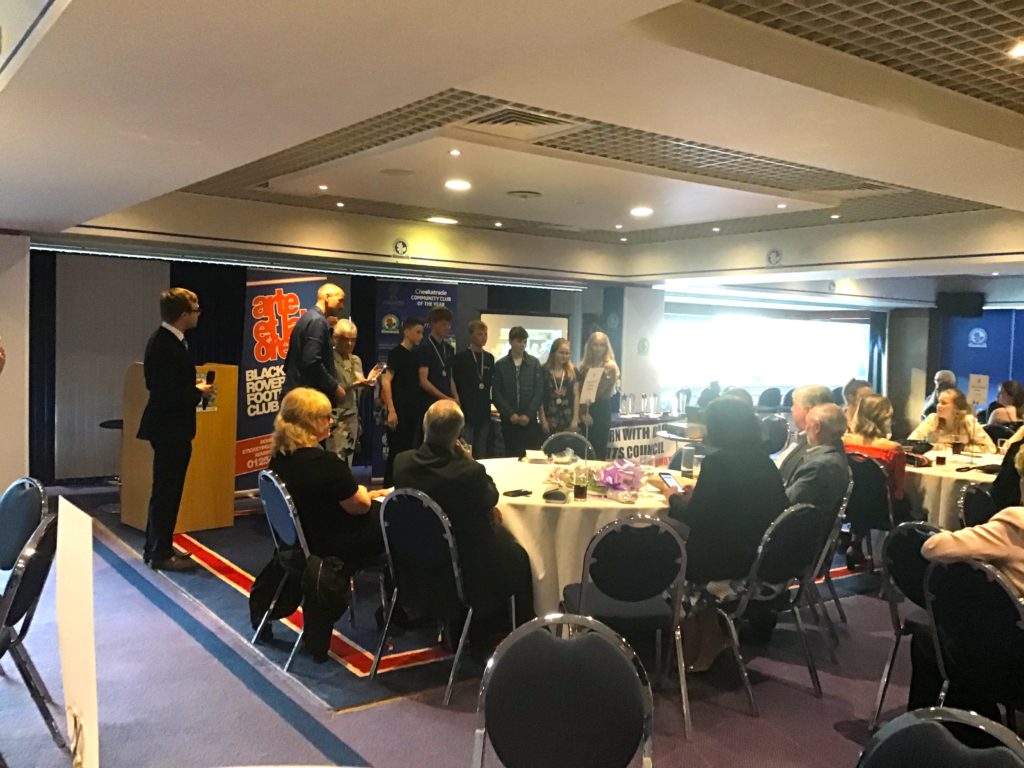 One of the two Team Managers – Danny Teare – being presented with the Team of the Year Award by the Mayoress of Blackburn Mrs Pat McFall along with athletes Kyle Taylor-Pomfret, Hayden Mercer, Rory Teare, Dexta Thompson, Kady Thompson and Eleesha Charnley. 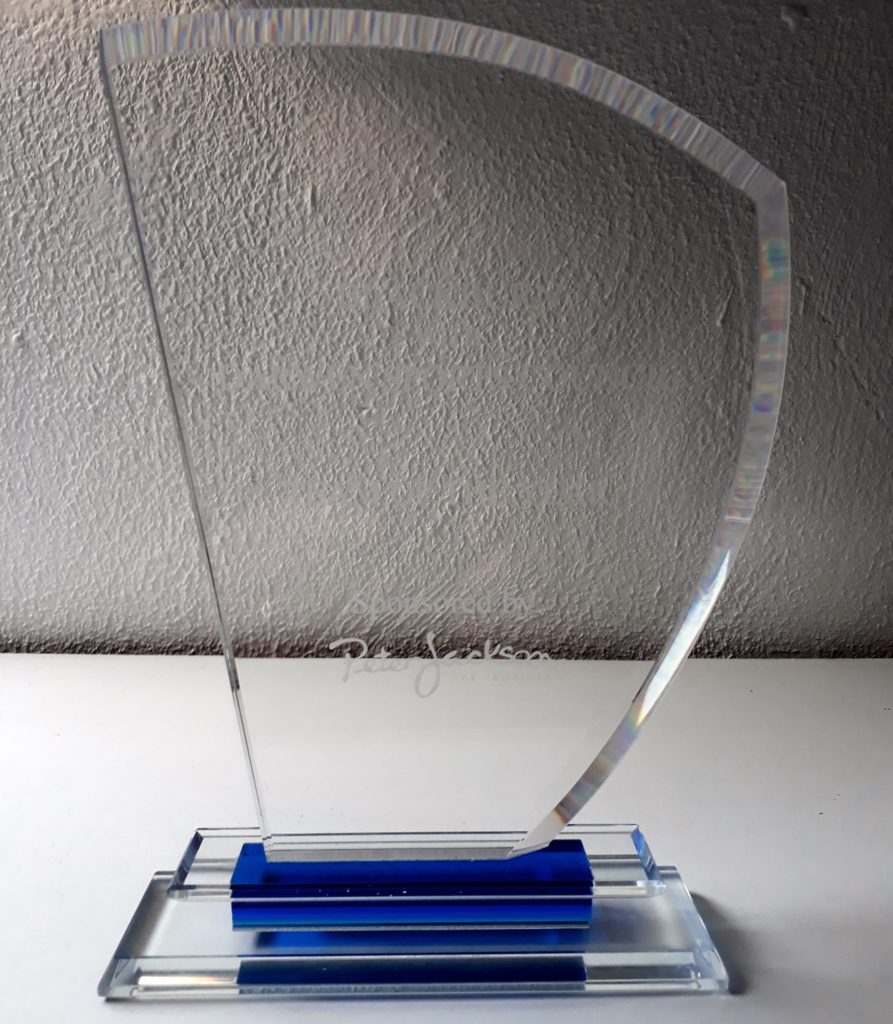 Blackburn Harriers won the Merit Award for the Club of the Year for a very succesful season, winning Senior and Junior Track & Field Leagues, Cross Cuntry Leagues as well as a host of notable individual successes. Sam Gaskell – one of the Harriers leading Hammer Throwers who won the English Schools in 2018 – won the U21 Achiever of the Year Award for winning County, Regional, National and English Schools Gold Medals. Throws Coach Jim Kerrigan won his Award for his contribution to Coaching Throws over many years and his record of work in succesfully developing young throwers. It was also awarded for his ceaseless work which encompasses not only four and five Coaching sessions per week, but also his work on the Harriers Club Committee, on the Lancashire Athletics Committee and supporting a whole number of other athletics roles including developing new Officials as well as supporting cross country officiating in his ‘spare time’! 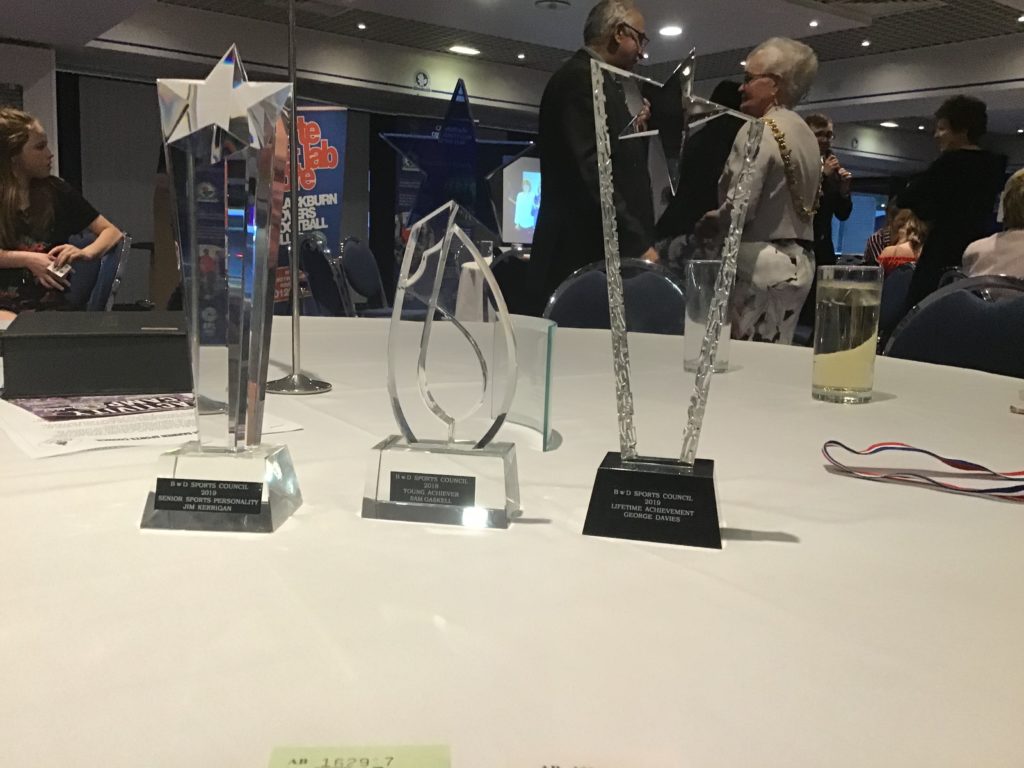 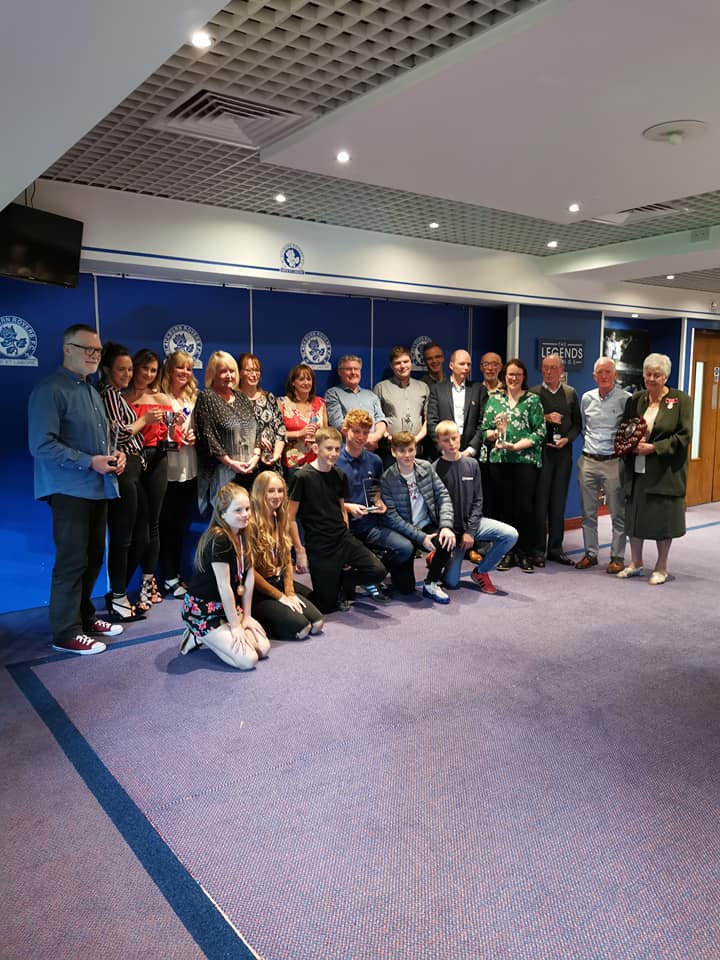 Awards Winners on the night.