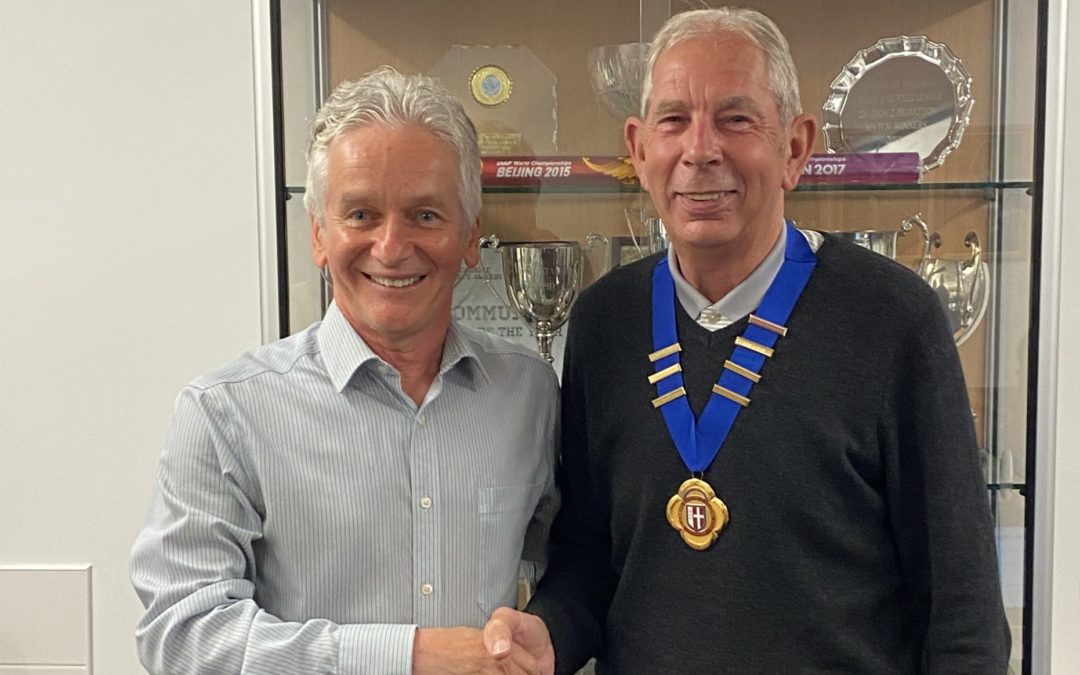 Congratulations to George Woodburn who was elected as President of the Club at Blackburn Harriers Annual General Meeting in December 2021. However, because of dealing with Covid, the meeting was held via Zoom and the formal presentation of the position and Chain of Office wasn’t possible until recently. At its Executive Committee Meeting, held in the Harriers Club Room on Monday May 9th, we were happily, able to make the presentation to George.

The Chain of Office was presented to George by Tony Wood who was the Club’s President until December 2021. Tony has been a member of the Harriers for nearly 50 years and in that time he has represented the Club as an athlete, Coach, Official, Team Manager, Chairman & President and is currently as he has been for some time, the Chairman of Lancashire County Athletics Association and Chairman of Northern Athletics. George is in his 59th year as a member of Blackburn Harriers, having joined in March 1964. He too, like Tony, has a distinguished record in the history of the Club, as an athlete, Committee Member, Club Official and Coach. At 70 years of age, George can be seen down at the track every week on training nights helping to train a group of endurance athletes as well as attending competitions to support all of the athletes representing the Harriers. Only last week he entered and ran the Astley Park Trail Race in his first year as a V70. The two of them – Tony & George – share with pride, a heritage of energy, commitment & determination to the life of Blackburn Harriers — and our members are extremely fortunate indeed to have the two of them within our ranks.

So it was more than appropriate that Tony should make the Presentation to George, not only because of the formality of the retiring President making way for the new, but because they are also the closest of friends, having shared many, many competitions, trips, social occassions and whose lives have become intertwined as a result of and because of their shared love of the sport of athletics and Blackburn Harriers. In handing over the Chain of Office, Tony outlined the history of the Presidency – there being only seven in total since the foundation of the Club back in 1883. Tony was the 6th and George fittingly now becomes our 7th. 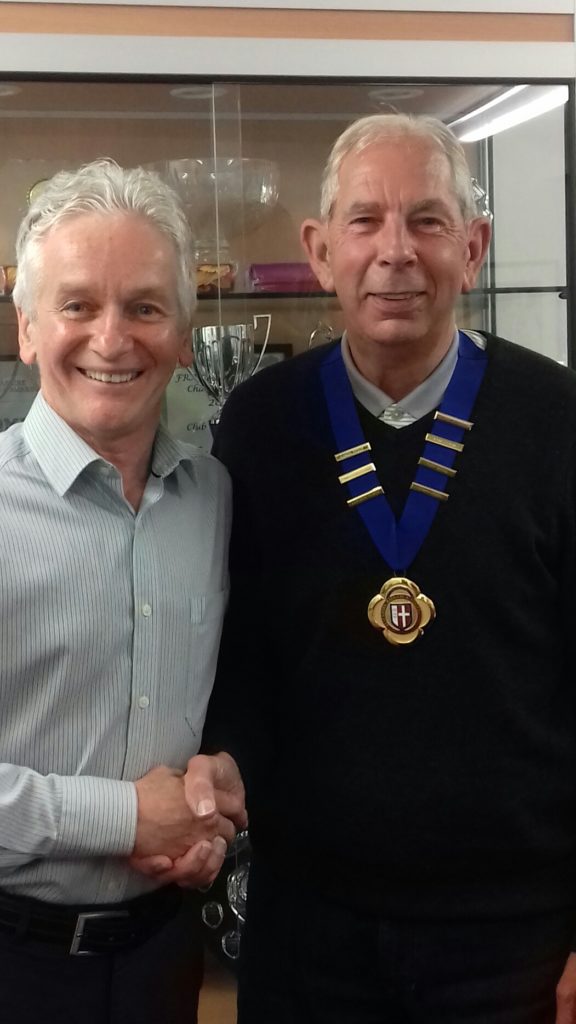