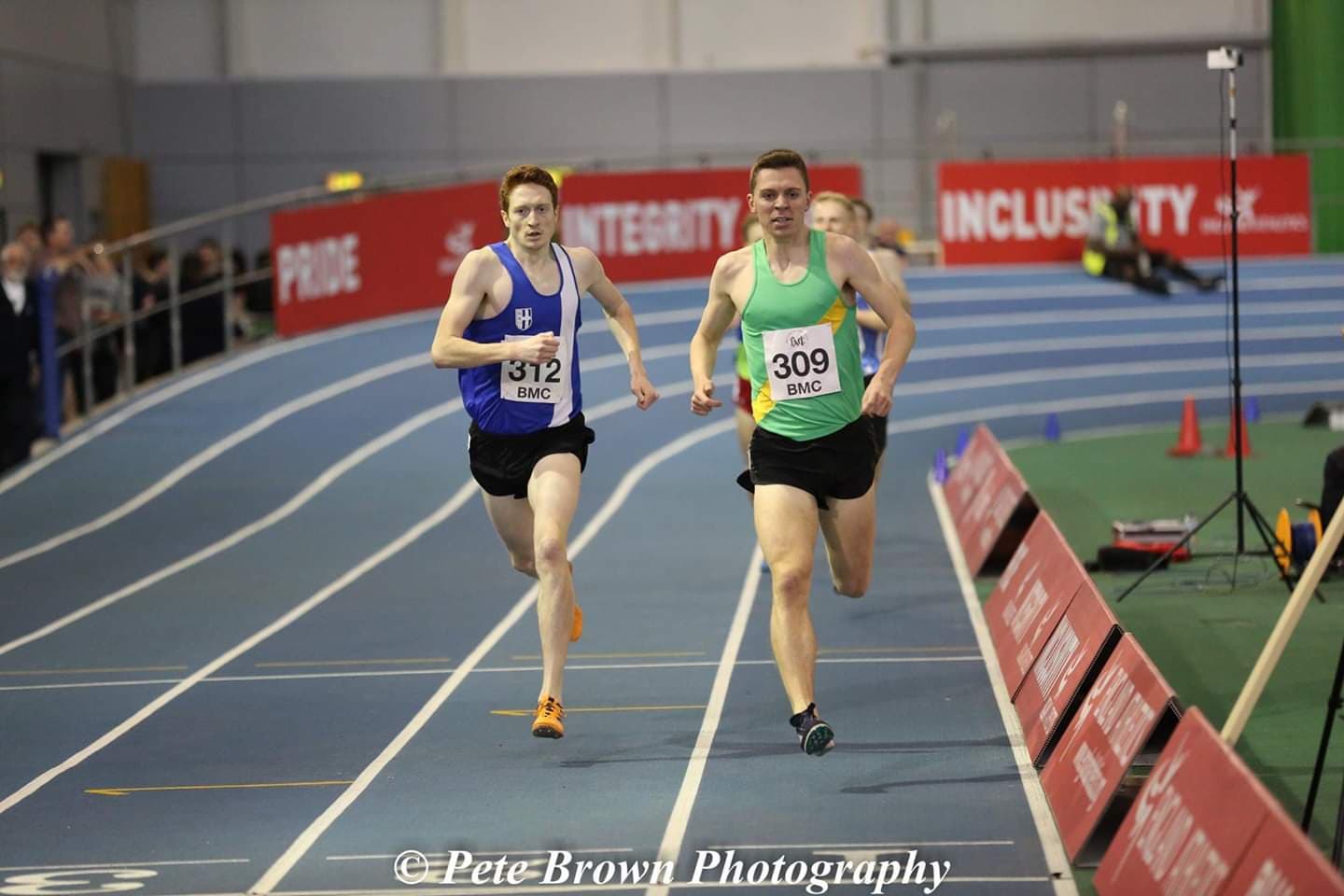 Dominic Walton opened his Indoor season at the BMC meeting in Sheffield at the weekend and was rewarded with a strong run in placing 2nd to Ben Waterman in the 800m B Race. Going into the race there was a 1.8 second difference in personal bests in favour of Waterman so it was a happy athlete who spoke to the Club afterwards saying “I actually managed to be 0.13 off Ben and I know he’s a strong athlete so I’m pleased I managed to stick with him, my tactic was to sit on his shoulder which I did well. The first 400m was about 3.5/4 seconds too slow so it felt comfortable. The time can be improved hugely but I’m happy to have a first race out, especially happy as it’s my first track race back as a Blackburn Harrier”. 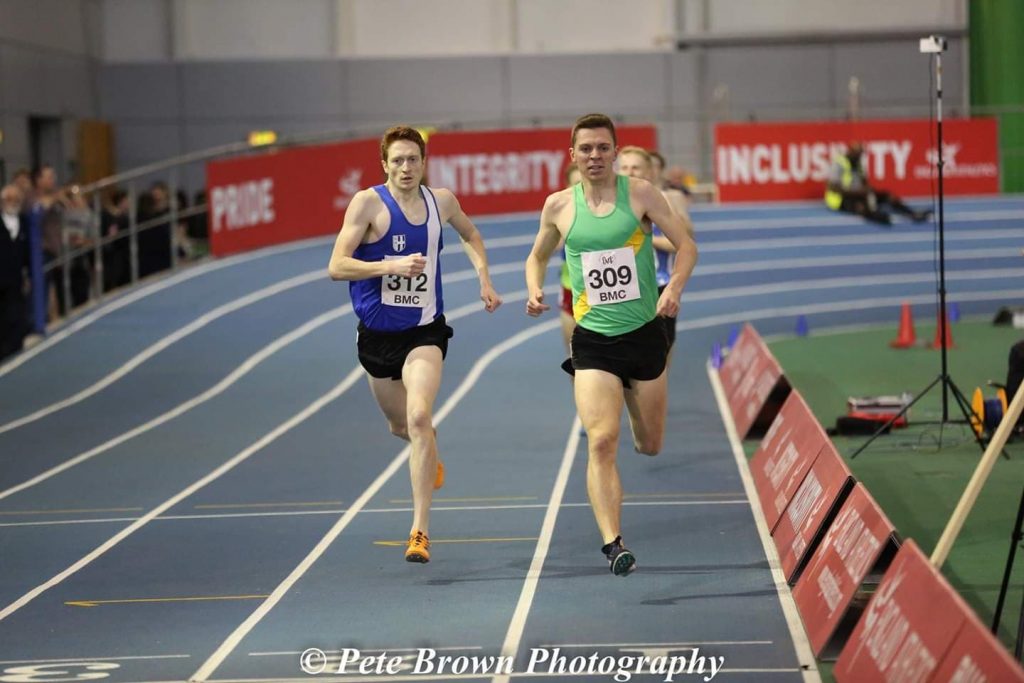 John iLunga was making his debut over 600m, having never run the distance before and ran 1.43.04 to place 6th before going over to contest the Long Jump where he cleared 4.86m to finish 14th out of the 23 competitors. Also contesting the Long Jump were U17’s Ben Branton and Imogen Mansfield which saw Ben leap out to 5.23m to take 5th place out of the 23 strong field whilst Imogen jumped 4.23m in her first Indoor competition of the season finishing 14th out of 32 long jumpers.

In the Sprints Ben Branton was also featuring for the first time in this seasons Indoor Series and chopped half a second off his previous best time as he clocked 7.82 to set a new PB in the 60m for 2nd place.

Out with the old and in with the new!

John Orrell saw out 2018 and brought in 2019, on the Fells, a surface he loves competing on, especially when he is joined by other Blackburn Harriers. John told us that “Auld Lang Syne finished my fell racing off in 2018 with a stiff headwind out onto the moors above Haworth and around the ruins at Top Withins. Across the bogs, turn at the trig back down dale with a splash across the beck. Fancy dress for some, even nuns on the run! 6.7 miles and 1000ft of climb in 1.07.03”. 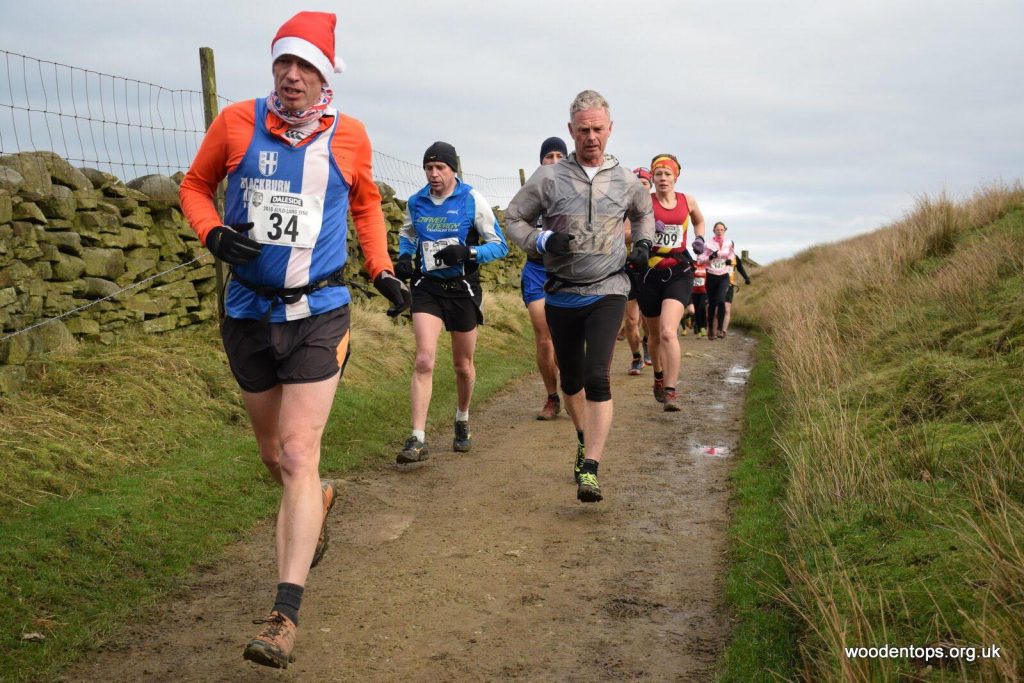 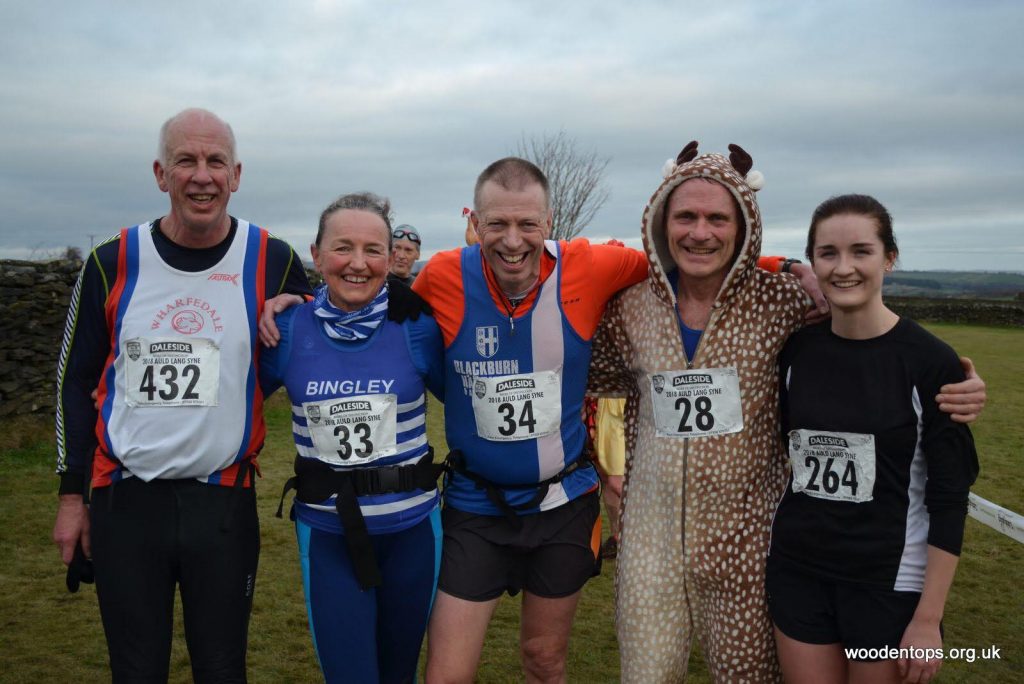 John was out again, very early indeed in the New Year at the Nine Standards Fell race, Kirkby Stephen On New Years Day featuring one hundred and ninety six runners commenting  “8 miles, tired legs, 1801 ft of climb but a beautiful day. Perhaps too much to expect a PB only 24 hours after my last race, but worth a try. 1.22.07 but still ahead of a certain Lady Vet English Champion! Soup and dry brown bread at the finish. Nice! Come on boys and girls join me in 2019! Fly the Harriers Fell Flag! Kong race 3 or Stanbury Splash next. Be there or miss out!” 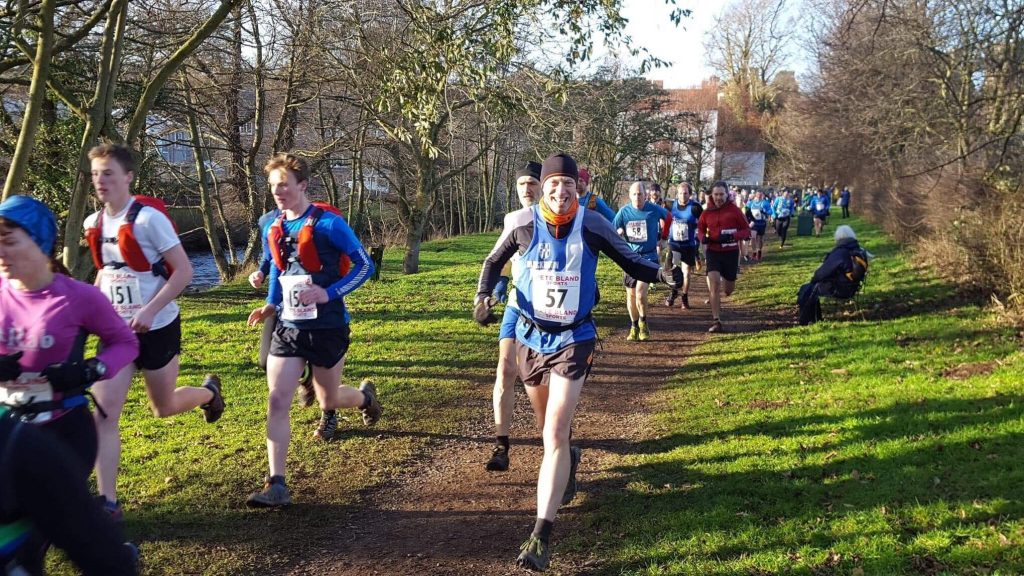 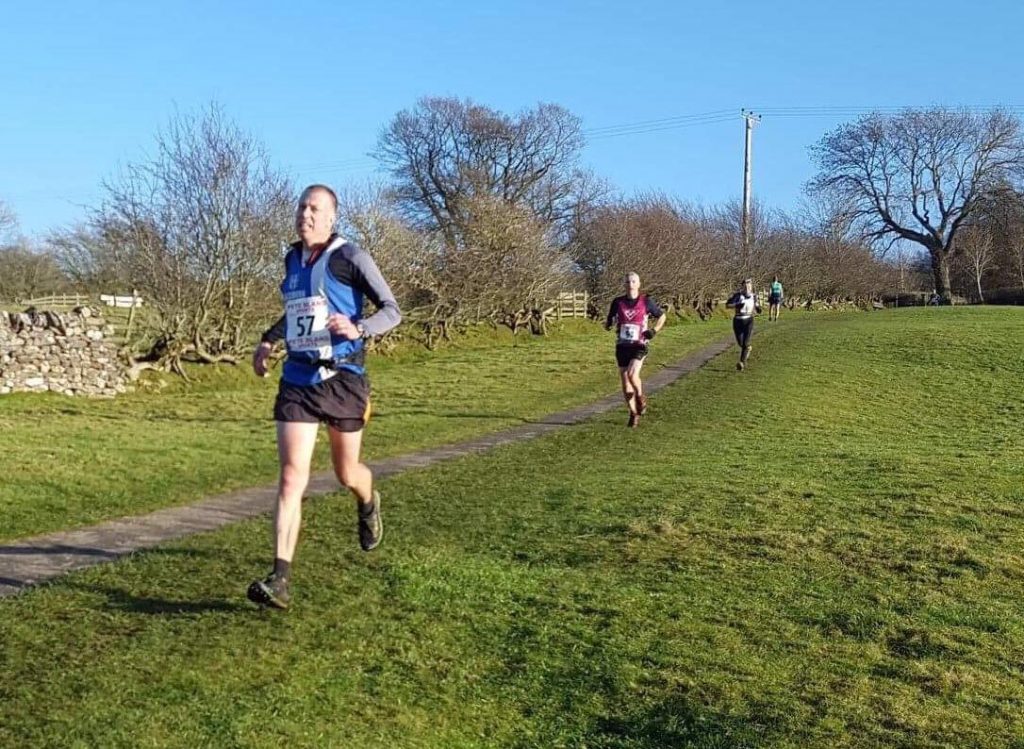