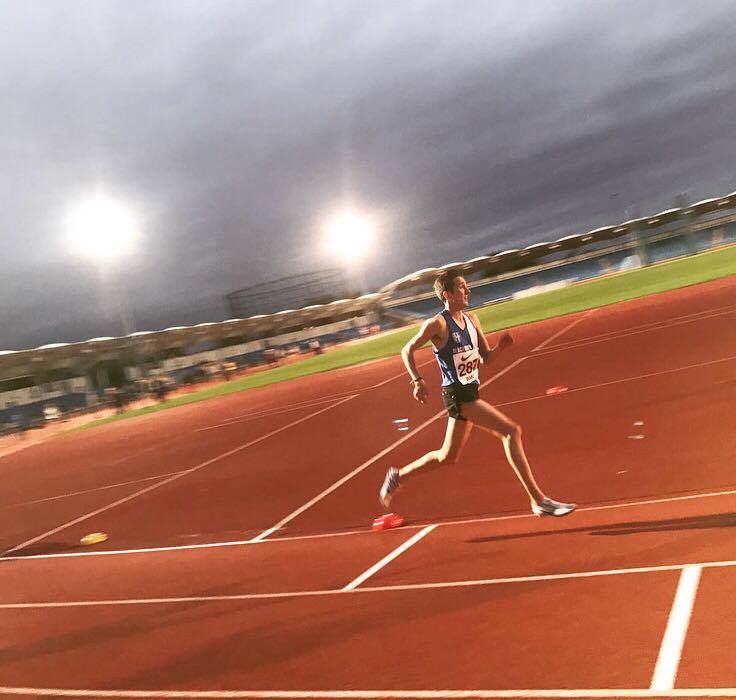 It was a big night at Sportscity on Saturday evening – May 27th – with European Championship qualifying times up for grabs. Rob Warner, Tim Raynes and Joe Monk were all competing for the Harriers over the 5000m with all of them having very good runs – Rob and Tim setting new personal bests for the distance.

Rob Warner…was put into the ‘B’ 5000m Race won in a time of 14.21.7. Rob’s previous PB for the distance going into the meeting was 14.49.3 which he reduced by another 13 seconds to post a new lifetime best of 14.36.21 – placing 8th in the twenty one strong field – and this just a week after setting a new 10000m PB (30.46.13) at the Night of 10000m’s in Highgate. After the Race Rob spoke to the Club and said that he was “Really pleased with the 5000m last night, the pacing was a bit sporadic for the first mile or so which made it quite tough but it settled down and was on pace through 3k. Would have liked to sit with the lead group a little longer but managed to close in about 65 which is promising! Overall happy with a 13 second PB!”

Tim Raynes best time going into the ‘C’ 5000m Race was 15.07.45 run at the Northern Championships in 2016 – cutting nearly four seconds off that Tim set himself a new PB of 15.03.93 finishing in 3rd place telling the Club “I went into the race hoping to be somewhere close to the 15 minute mark. Conditions were fairly windy but I managed to sit in with a group of athletes looking for similar times. Was really hanging on for the last few laps, but managed to dig in to keep contact with the lead group. Unfortunately just didn’t have enough on the last lap to dip under 15 or get the win. Pleased to get a PB though, and hopefully there is more to come. Well done to both Joe and Rob for great runs!” 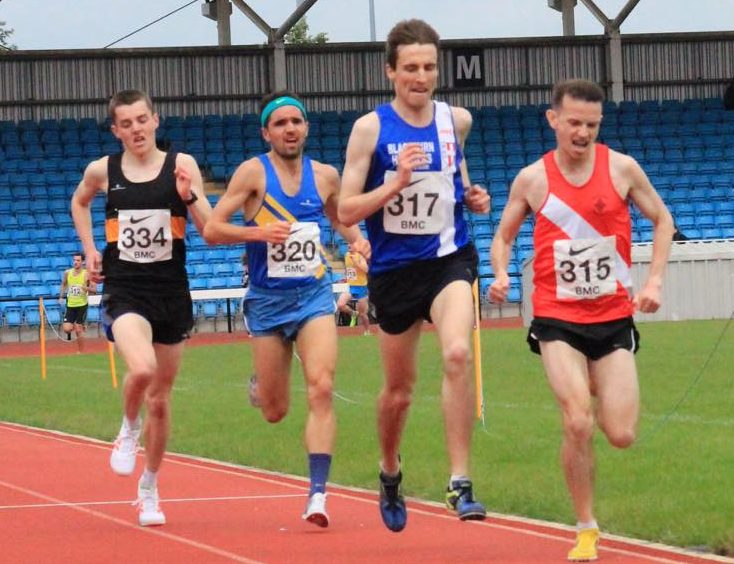 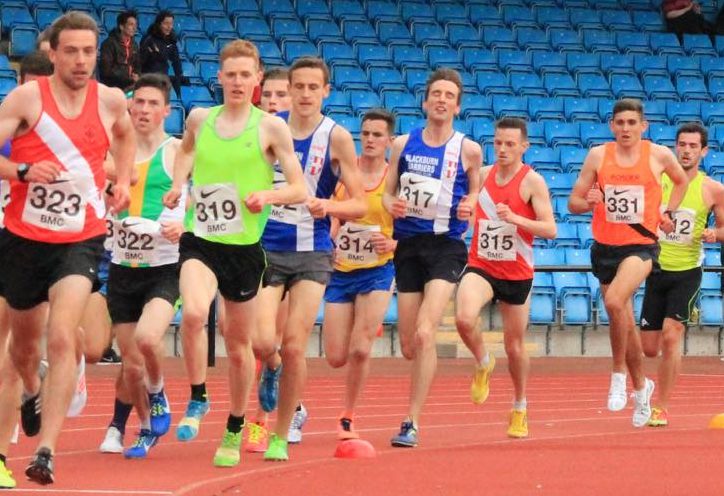 Joe Monk had a pretty hectic weekend  — running at Sportscity and the day after taking on the Liverpool Rock n Roll Half-Marathon  —  was also in the ‘C’ 5000m Race along with Tim and missed setting a new PB by just a second coming home in a time of 15.25.67 but when speaking to the Club after the race he was “pretty happy with the run, was the only one to really go with the pacemaker and paid for it, running 4:43 for the first mile. If I paced it properly I would have run a PB, just got too carried away as racing on the track can almost force you to go off hard and you pay for it later. Did the Rock n Roll half the day after as a `steady `long run, just wanted to run comfortably and was surprised to run 74:31 given my intention was just to do it at 6 minute pace. Well done to Tim running a very good time, getting close to that sub 15!” 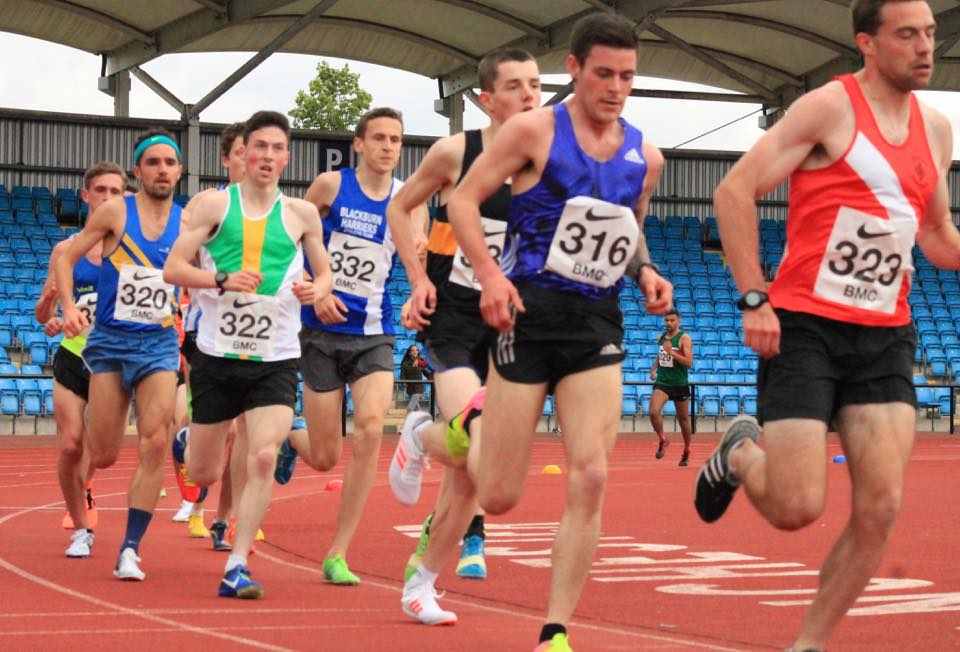 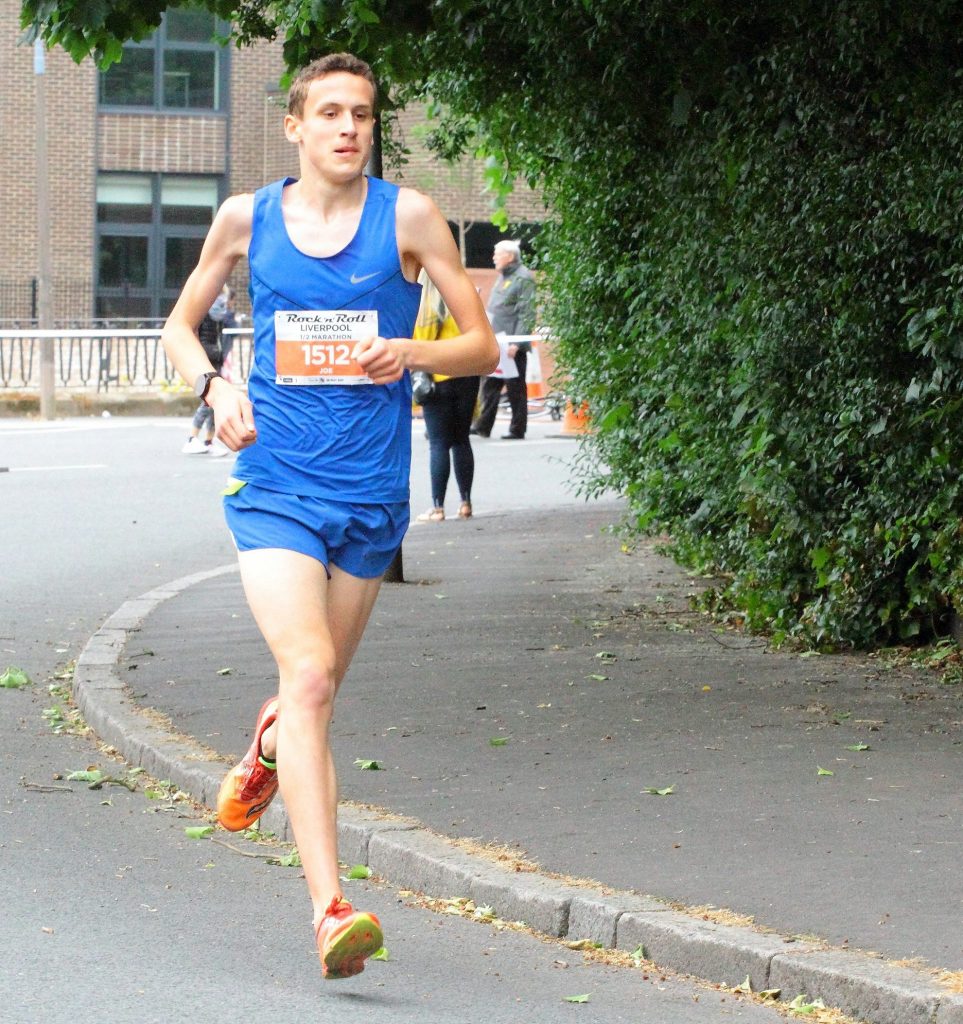