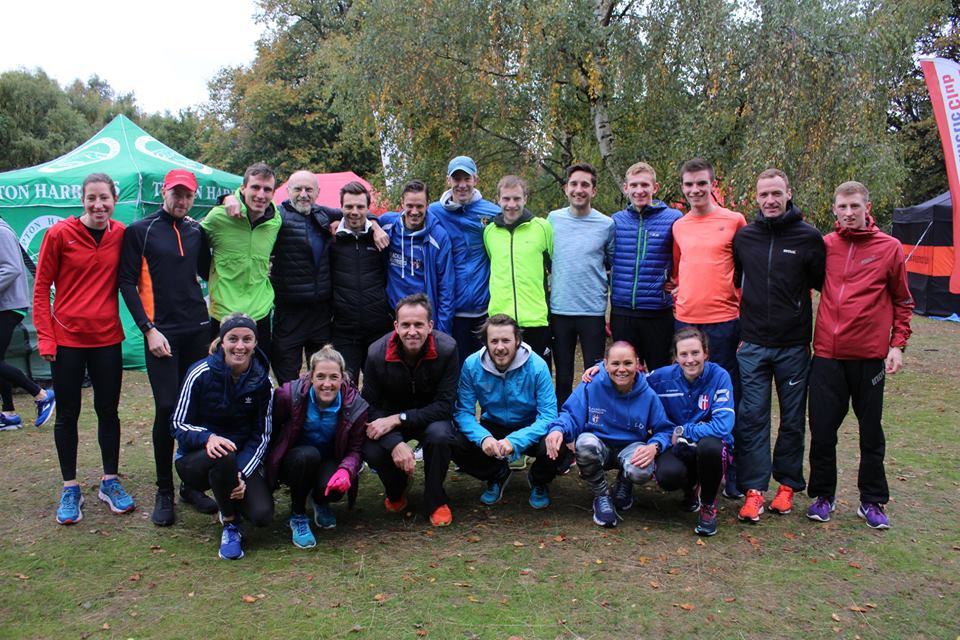 Some great running by Blackburn Harriers today at the National Road Relays held in Sutton Park. Two men’s Senior Teams, and a Senior Women’s Team taking part. Ben Fish who ran the fastest time for the Men’s ‘A’ Team had no doubt about the performances on the day commenting “Top results the club is going from strength to strength. Terrific from the ladies with 11th. Top 30 for the guys is great progress and with both teams doing well it certainly looks like we’ll have a brilliant 12 stage team in spring“.

(All Photo’s courtesey of Richard Marchant)

The Women’s ‘A’ Team did exceptionally well coming home in 11th position – out of 67 Clubs competing – and just five seconds off earning a top ten spot. Women’s Team Manager – Joanne Nelson – was absolutely delighted with the their perforamnce commenting that it was a “Fantastic result for the female team, all pulling together to secure an impressive 11th place. Fabulous team spirit and well and truly placing Blackburn Harriers firmly on the map for outstanding running”.

Alison Lundy led of on the first Leg running a time of 15.07 followed by Katie Bickingham on Leg (2) with a time of 16.42. On Leg (3) was Victoria Mousley clocking 16.56 who handed over to Jess Judd who literally flew round the course in the second fastest time of the day in 14.07 and pulling back 13 places in the process. The Harriers had some withdrawals at the last minute which meant we weren’t able to field our entered ‘B” Women’s Team, however, that didn’t stop Lindsay Davies running Leg (1) as a part team, running a time of 19.52. 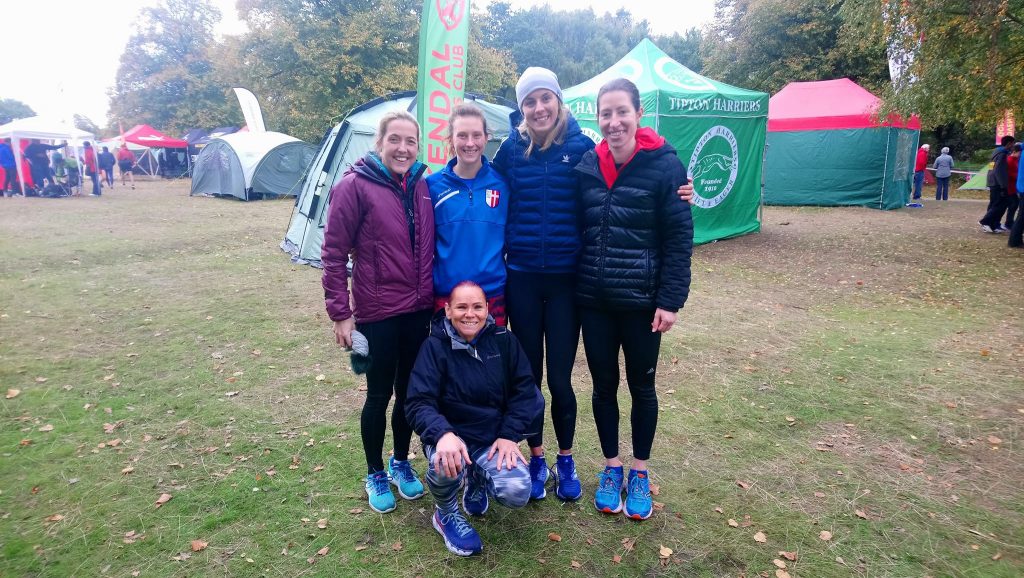 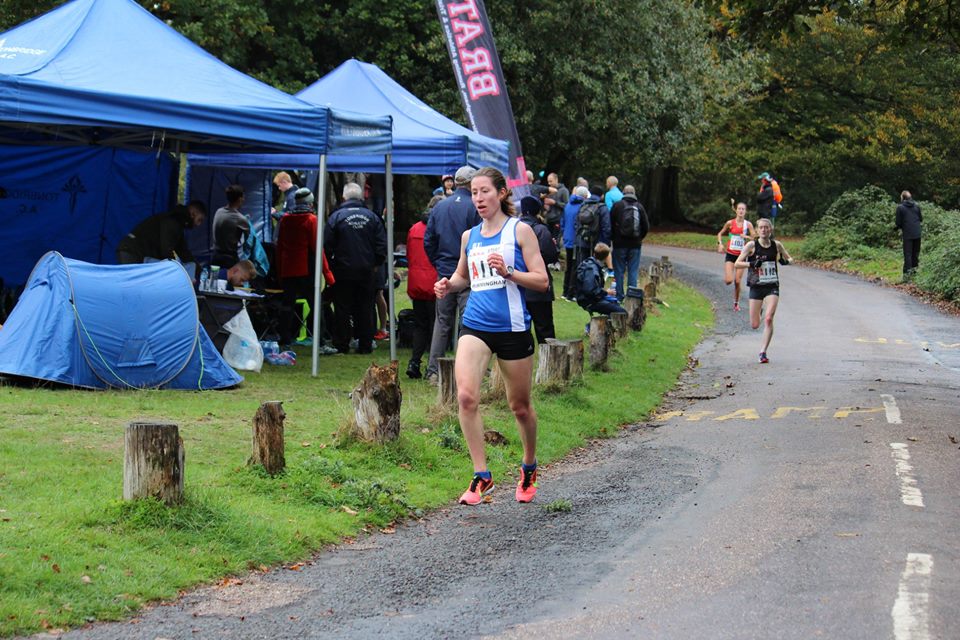 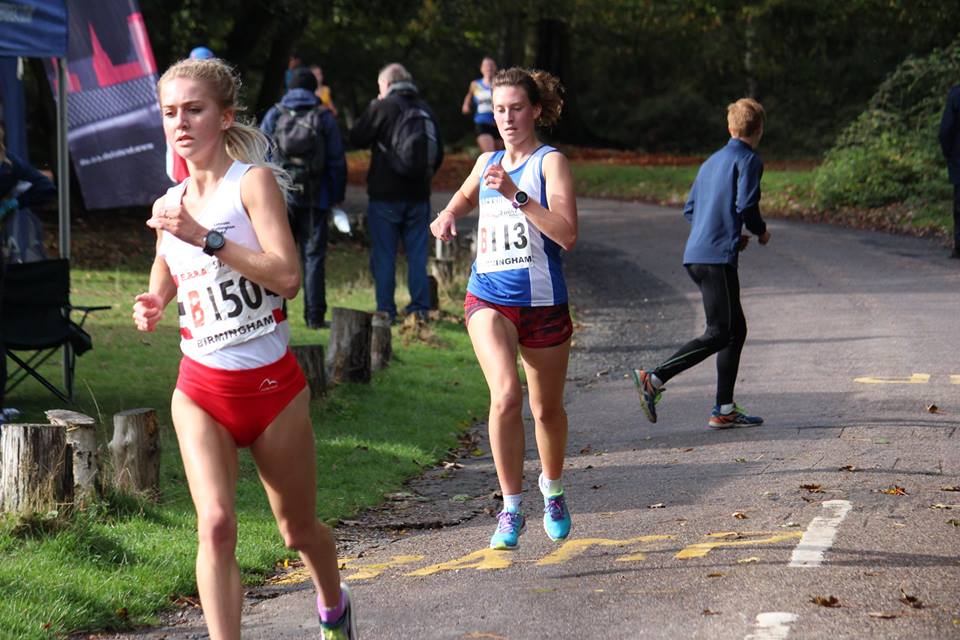 Katie Buckingham was delighted with how things went as she told the Club “Considering in recent years weve not managed to get a women’s team together, to finish 11th is incredible!! Loved running in such a great team and spending the day with the boys, the team spirit was on top form as always!“ 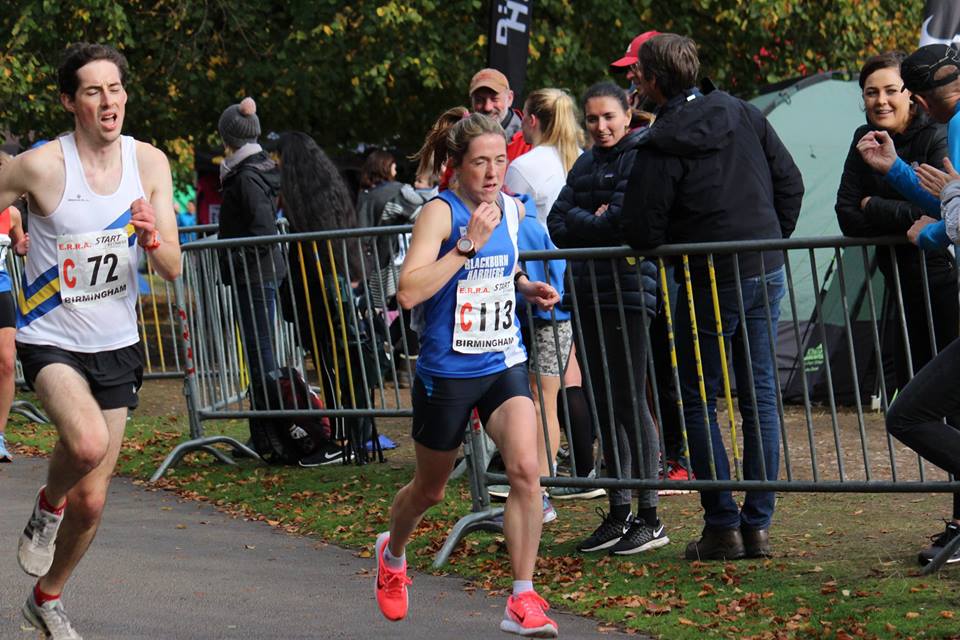 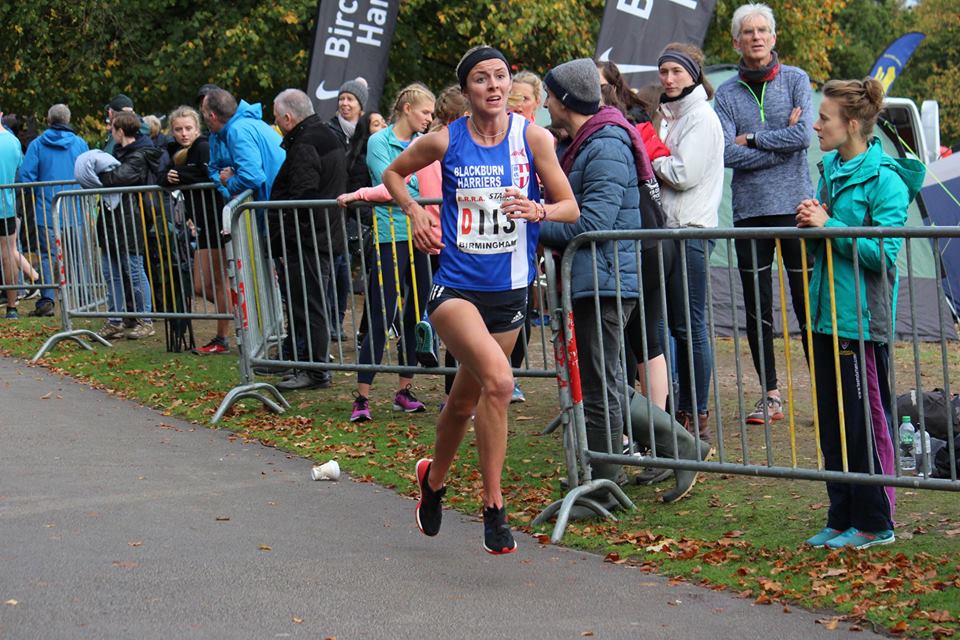 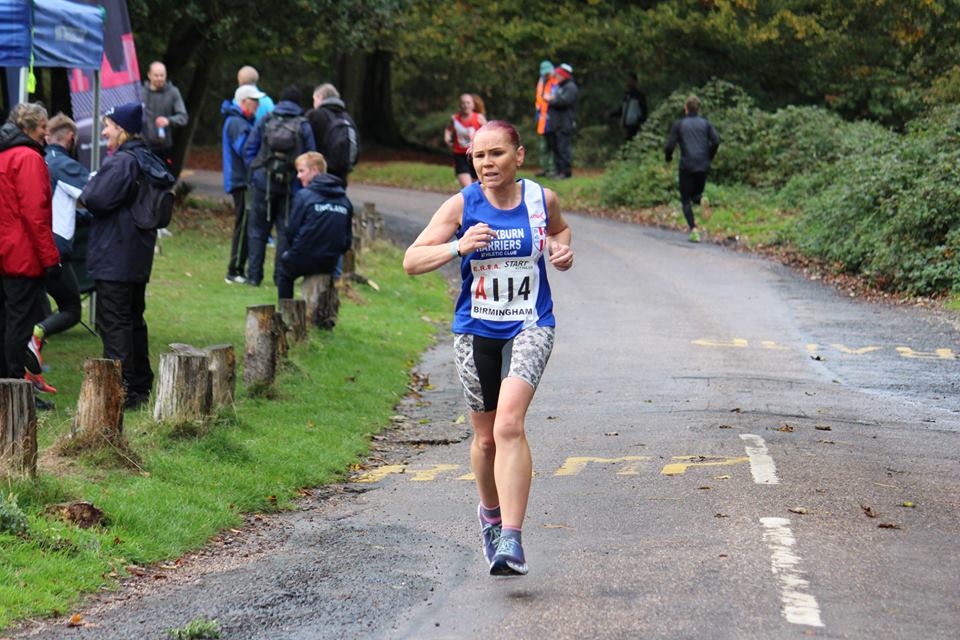 Two teams in the Senior Men’s Race which saw the ‘A’ Team come home in 30th place and the ‘B’ Team 59tth overall out of a field of seventy five Clubs.

Senior Men’s Team Manager – Paul Guinan – was effusive about the day as he told the Club “As Team M anager it was another positive day, great attitudes from all runners, very tough call in selection of teams which is a nice problem to have, the future is looking really bright, finishing 30th and 59th is brilliant, roll on the winter !!“

Marc Hartley who ran his first National Relays for the Harriers had this to say after the event “Fantastic achievement by the women only being 4 seconds off the top 10 fastest teams in the country. Brilliant effort and performances from both men’s teams. Makes you proud to be a Blackburn Harrier

Rob Warner kicked off the ‘A’ Team on Leg (1) coming home in 42nd place clocking 18.37 and handed over to Jack Hindle on Leg (2) who pulled back a couple of places with a time of 18.43 to change on leg (3) with Tim Raynes in 40th place. Tim ran the identical same time as Jack of 18.46 to pull back another six places taking the team up to 34th with Ben Costello on the fourth Leg (19.15) and Chris Davies on the penultimate Leg (19.49) leaving Ben Fish on the last Leg in 43rd place. Ben had a great run to clock the teams fastest leg of the day (17.58), pulling back thirteen places to leave the team in 30th place. 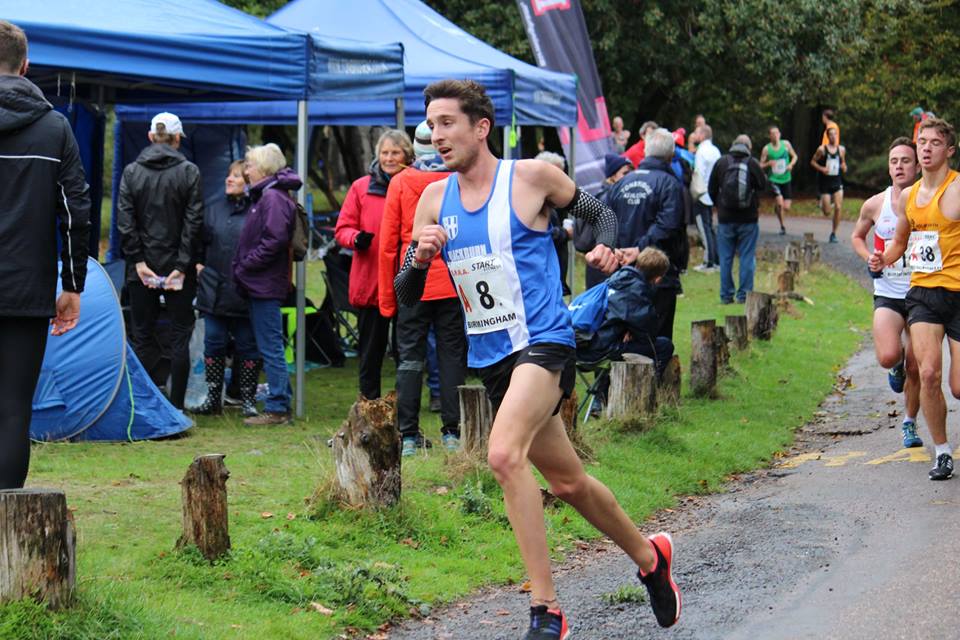 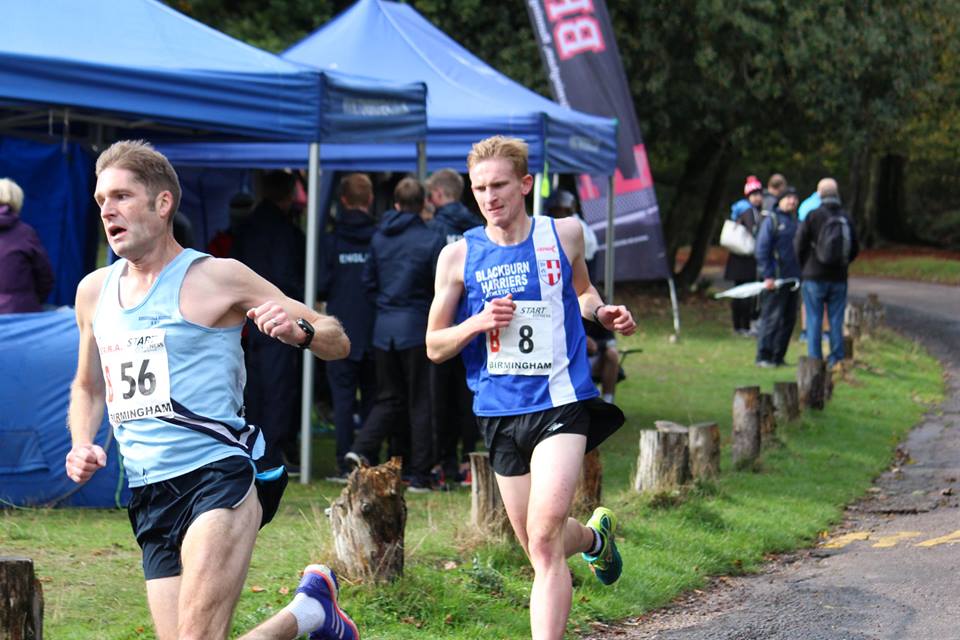 Jack Hindle commented about the day afterwards saying that it was a “Fantastic effort by the team today. All the lads and ladies left everything out there. It’s great to see everyone pulling in the same direction. It can only get better as well”. 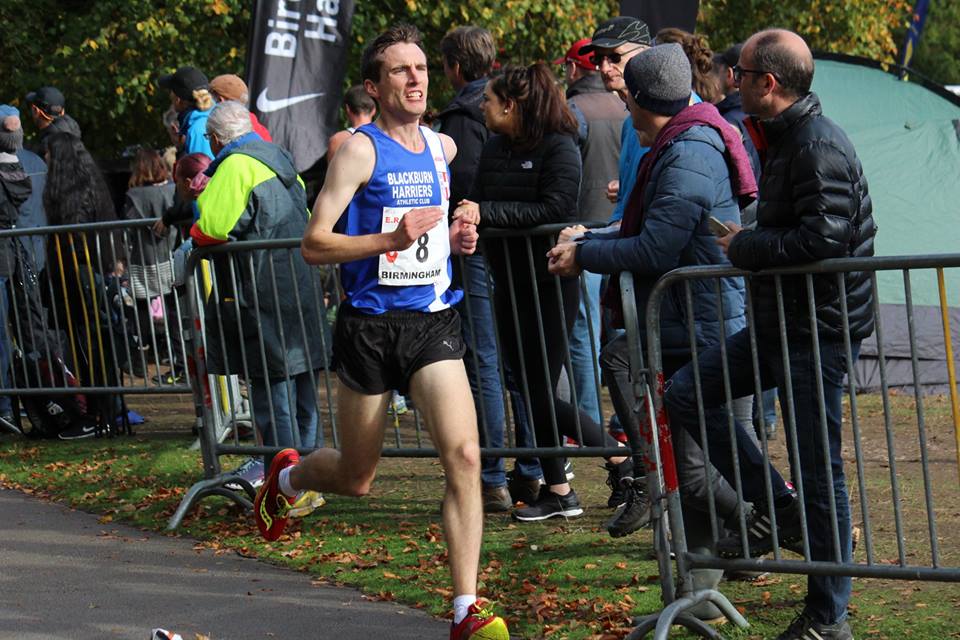 Tim Raynes was also upbeat about the days outcome telling us that he “Always love to run in the relays – great performances from all the teams running today. Really feels like we’re starting to build momentum as a group – long may it continue!” 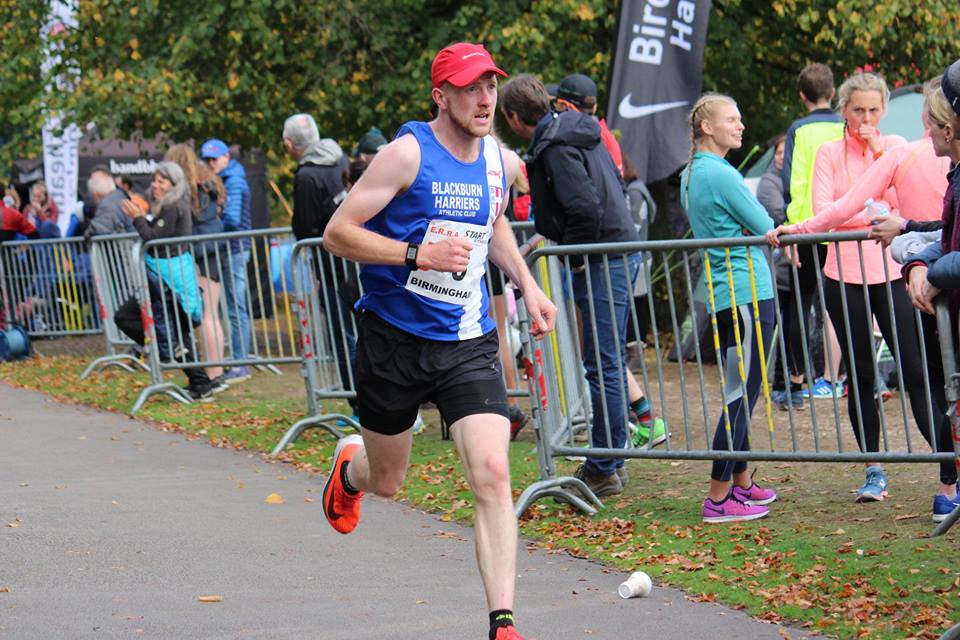 Ben Costello added to the positive comments of all the Harriers perforamnces as he said “Cracking day out with the lads and ladies, quality running from all involved. Definitely more to come from us all“. 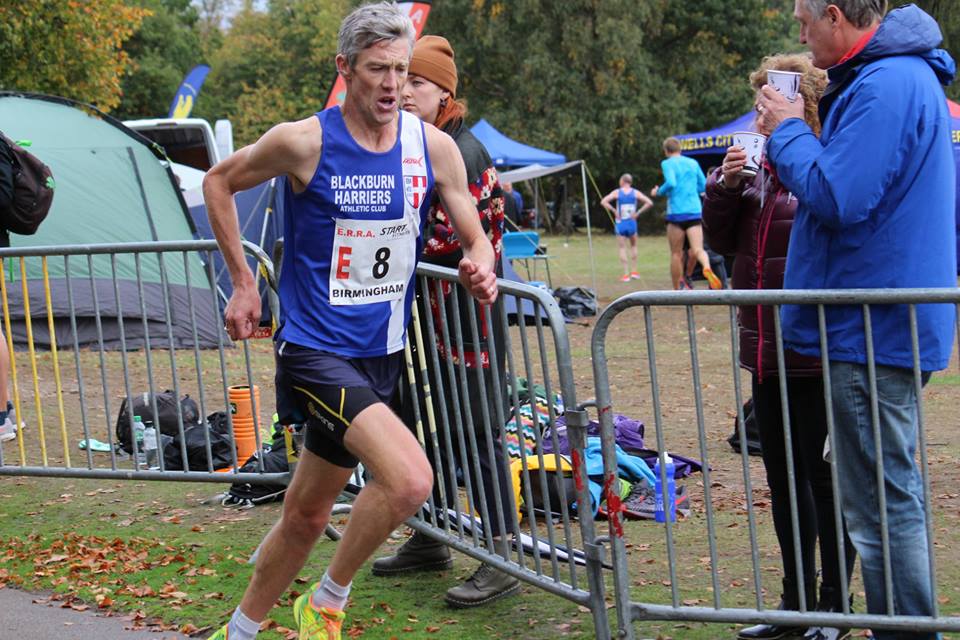 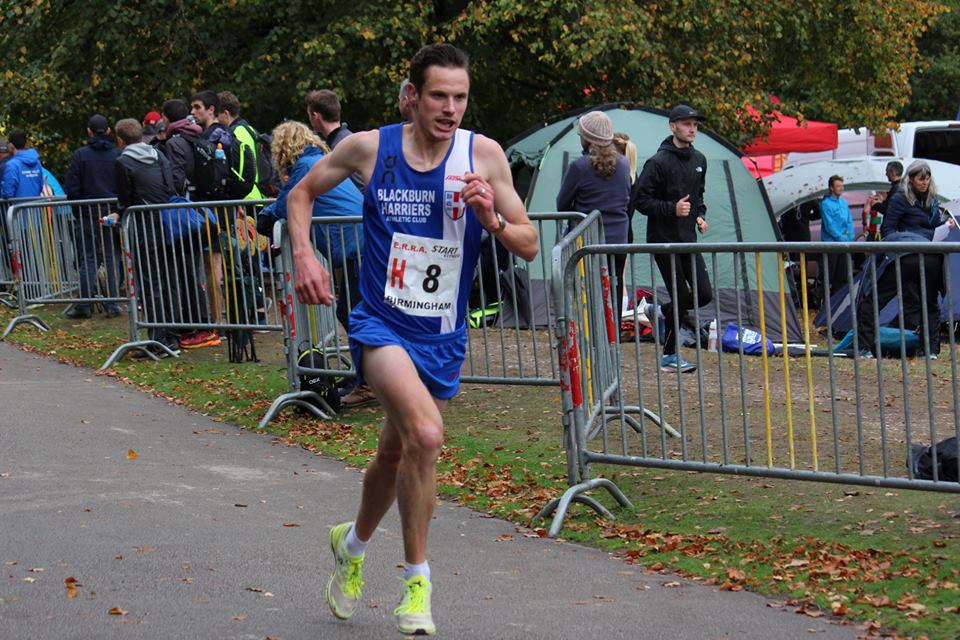 Joe Gebbie was at his first ever National Road Championships and he led off on leg (1) running 20.23 and told the Club after the Race that it was “A real eye-opening run in my first experience of the Nationals. Went off on leg one telling myself not to go out too hard but soon realised I’d have to go pretty hard to cling on the back. Not competed in a race of that pace before, but it was a great chance to see what I should be aiming for. Great course, great team, great day”. 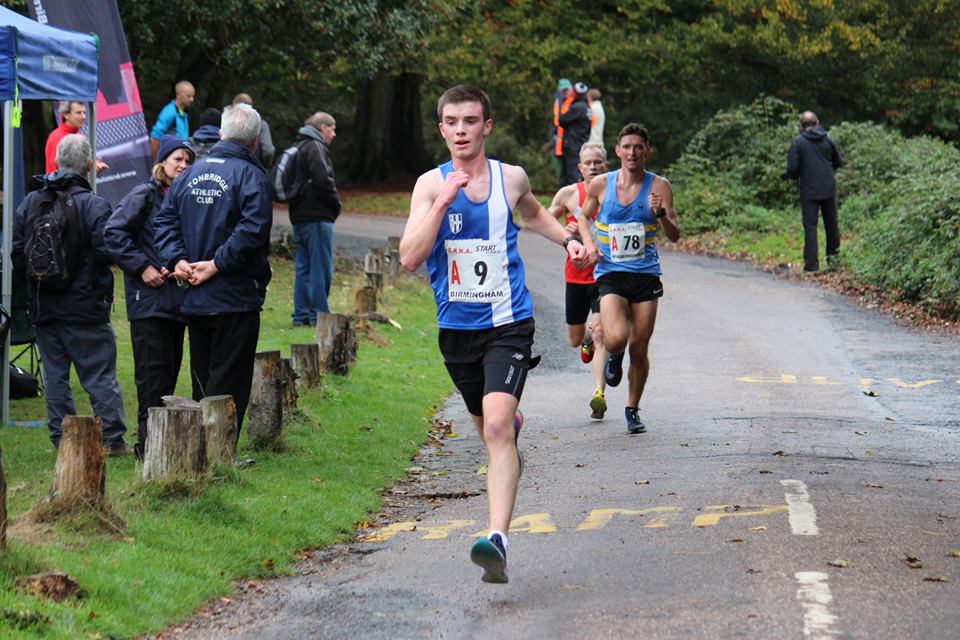 Karl Billington was on Leg (2) and ran the fastest time of the ‘B’ Team pulling back 10 places with his time of 19.23 to leave the team in 65th place and he commented afterwards that it was a “Great day out with the lads and lasses. Great team effort from all involved”. 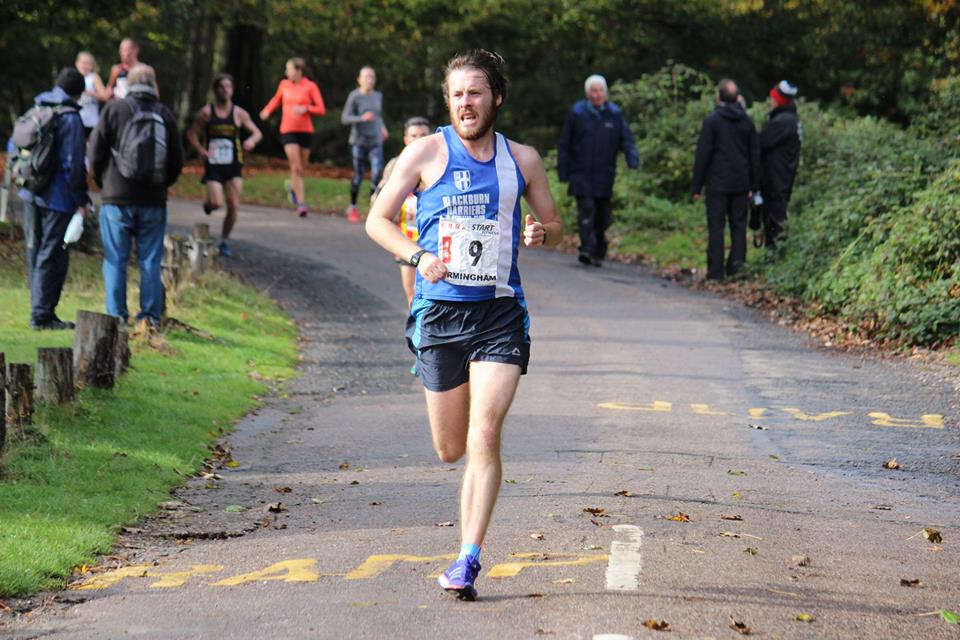 Taking over on Leg (3) was Marc Hartley running his first National Championships for the Harriers and he also pulled back a couple of places as he ran a time of 19.43 and second fastest of the team, before handing over to Thomas Marchant – another debutant for the Harriers at National level – who clocked 20.45 to leave the team in 64th. Paul Bradshaw on Leg (5) held that position in a time of 20.58 and handed over to Josh Holgate on the final leg who clocked the third fastest time of 19.48 to haul back five places and place 59th overall – speaking to the Harriers at the end Josh told us “Great day all round, and was good having so many runners there all putting in a fabulous effort. Excellent company in the car for the drive there and back, team spirits were high!” 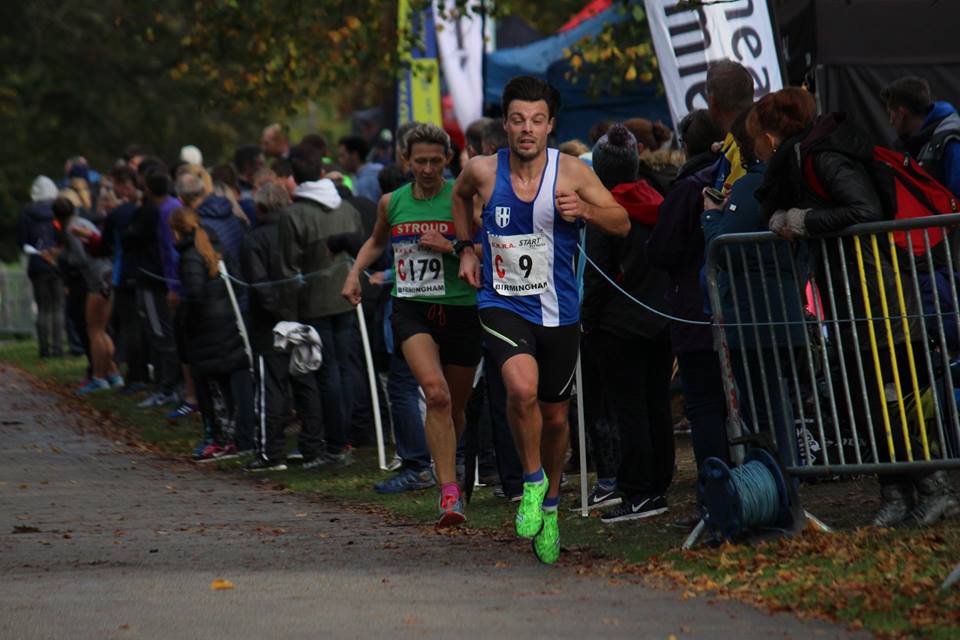 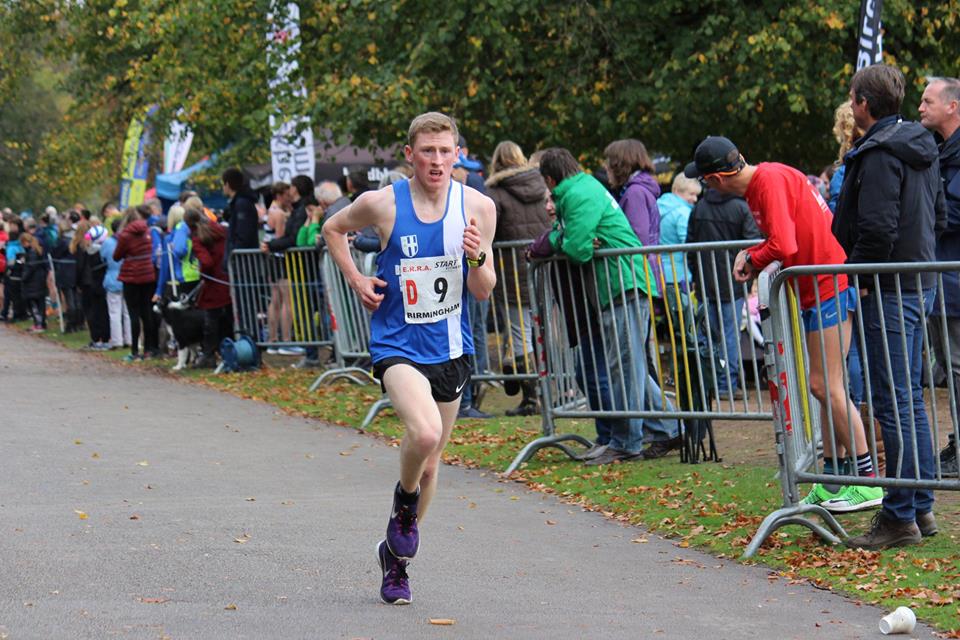 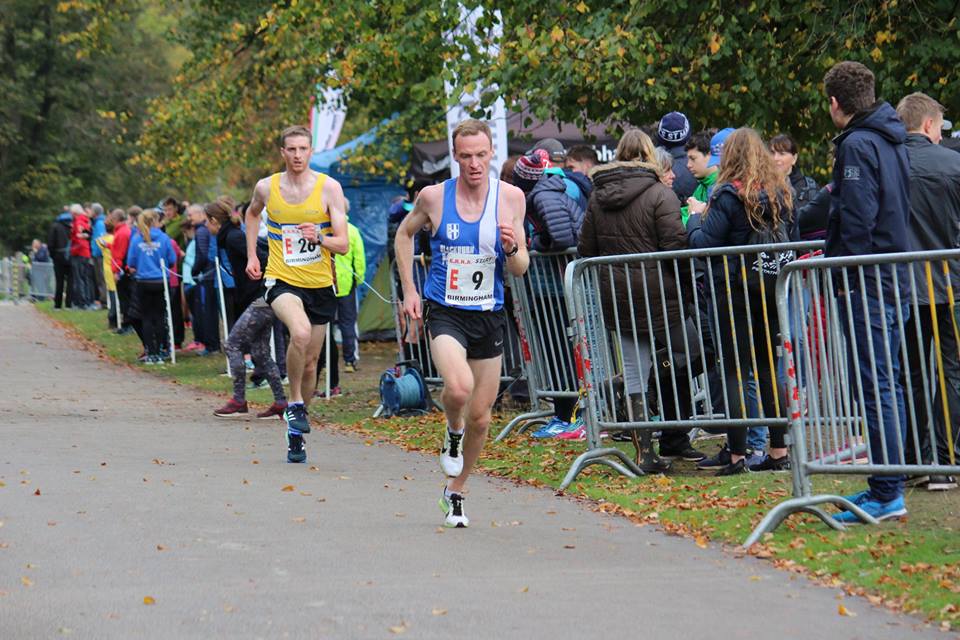 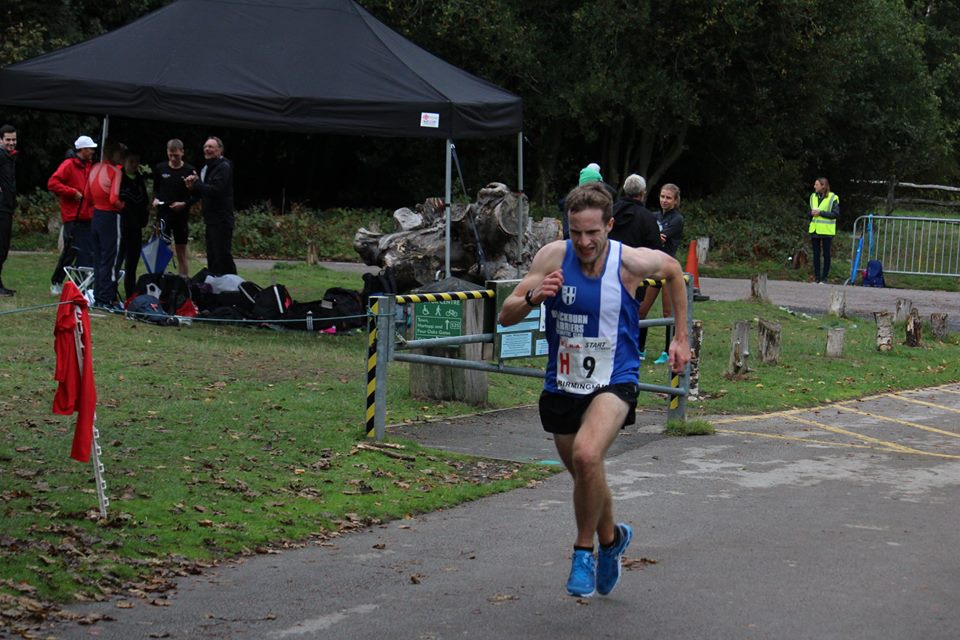