Harriers back with Wins for Ben, Charlotte & Isabel on return to Competition 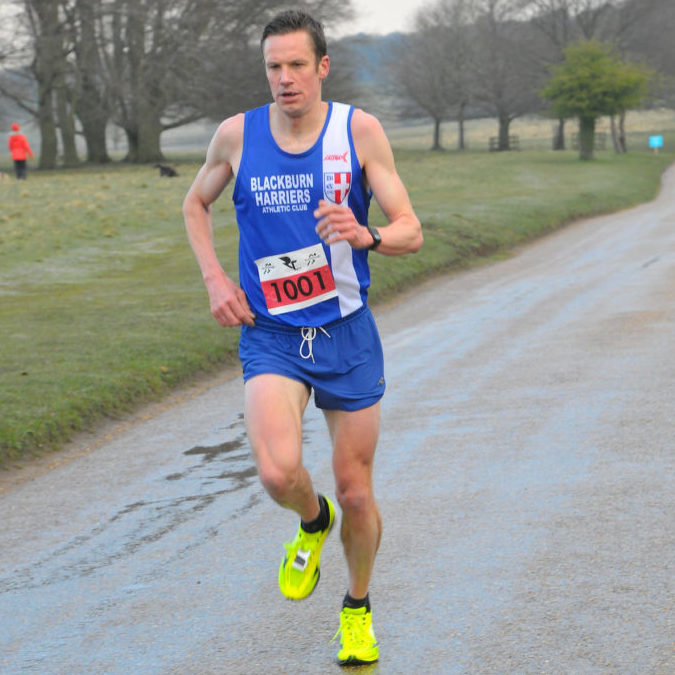 Run Through are back in business, hosting another set of races in Cheshire at Tatton Park featuring six hundred and ninety six runners over the 10k distance. Ben Fish is also back in business following his 14.33 (5k) clocking at the Podium Race last week, he backed that up with a solid win here posting a time of 31.51 with Ian McBride in 2nd place (32.15) and Scott Nixon in 3rd spot (32.47). Bury athlete – Hannah Price won the Women’s Race posting a time of 36.22. After the race Ben spoke to the Harriers about the day, changing weather and the race saying that it was“Awful weather, sleet and hail was coming down on the way there. Thankfully it subsided when the race started. Nearly missed the start as there was a road closure. Happy with the win, was pushed by Ian McBride who’s coming back into top form again”. 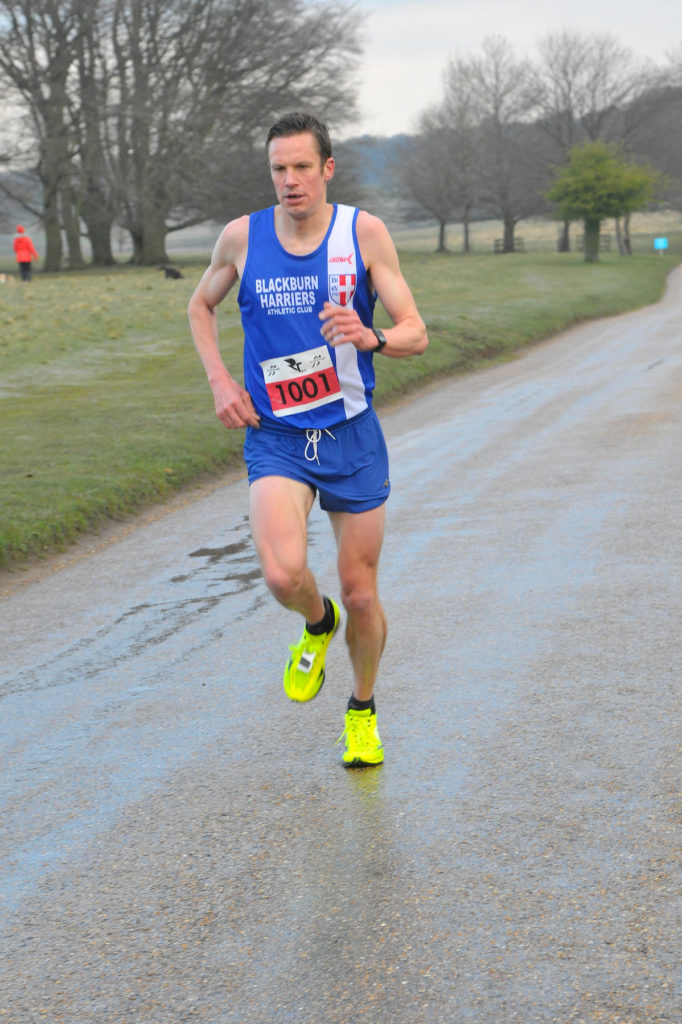 Charlotte Williams has just started her season over in the US which kicked off at the Yellow Jacket Invitational on March 19th, where she won the Hammer with a distance of 59.85m. Her second competition came at the FSU Relays a week later – March 25th – where she finished 2nd, throwing 57.19m. Her latest competition took place at the Spec Towns Invitational on April 9th where she returned to winning ways with a distance of 58.89m. Charlotte got in touch with the Harriers afterwards and told us that it was “My third competition back and taking the win again at the home meet in Georgia. Not amazing distance, but things are slowly starting to click together which I know will result in big things. It has been very hard competing after such a long time out and trying to get back into the swing of things so quickly. I know this will come in time. I’m excited for the next week of training and then the competition in Florida on the weekend! I would like to thank everyone at home for the all of the support still!” 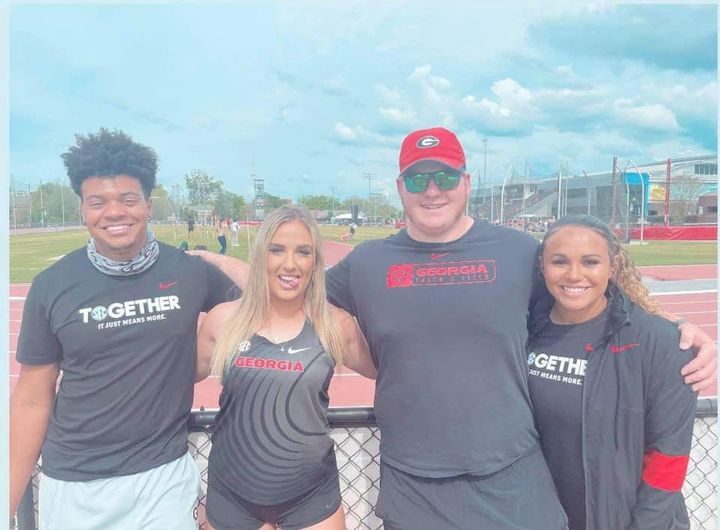 Charlotte (2nd in from the left) 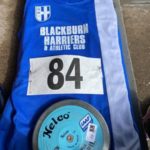 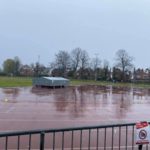 Another Open Meeting at Trafford yesterday preceded by the heavens opening up, cold and snow – just what you don’t need at the first competition back! Anna Peers wasn’t deterred as she took on Javelin, Shot Putt and Discus – recording two wins and a second for a very solid start to her season. Anna won the Javelin with a throw of 36.73 with Birchfield’s Amy Cook 2nd (34.43m). Her second win came in the Shot Putt where she threw 10.12m  followed by a 2nd place in the Discus (35.34m) – the competition being won by Trafford’s Jenny Pyatt (39.82m). Field athletes have suffered more than most during the last year because they haven’t been able to access the equipment and facilities which are central to their training, as Anna commented on at the end of the competition day, saying that “After lock down today was a great opportunity to see how athletes have faired. It has been really hard for field athletes who have unable to work on the technical elements of their events. The first competition went well, a good start to the season despite the freezing weather, rain and snow”. 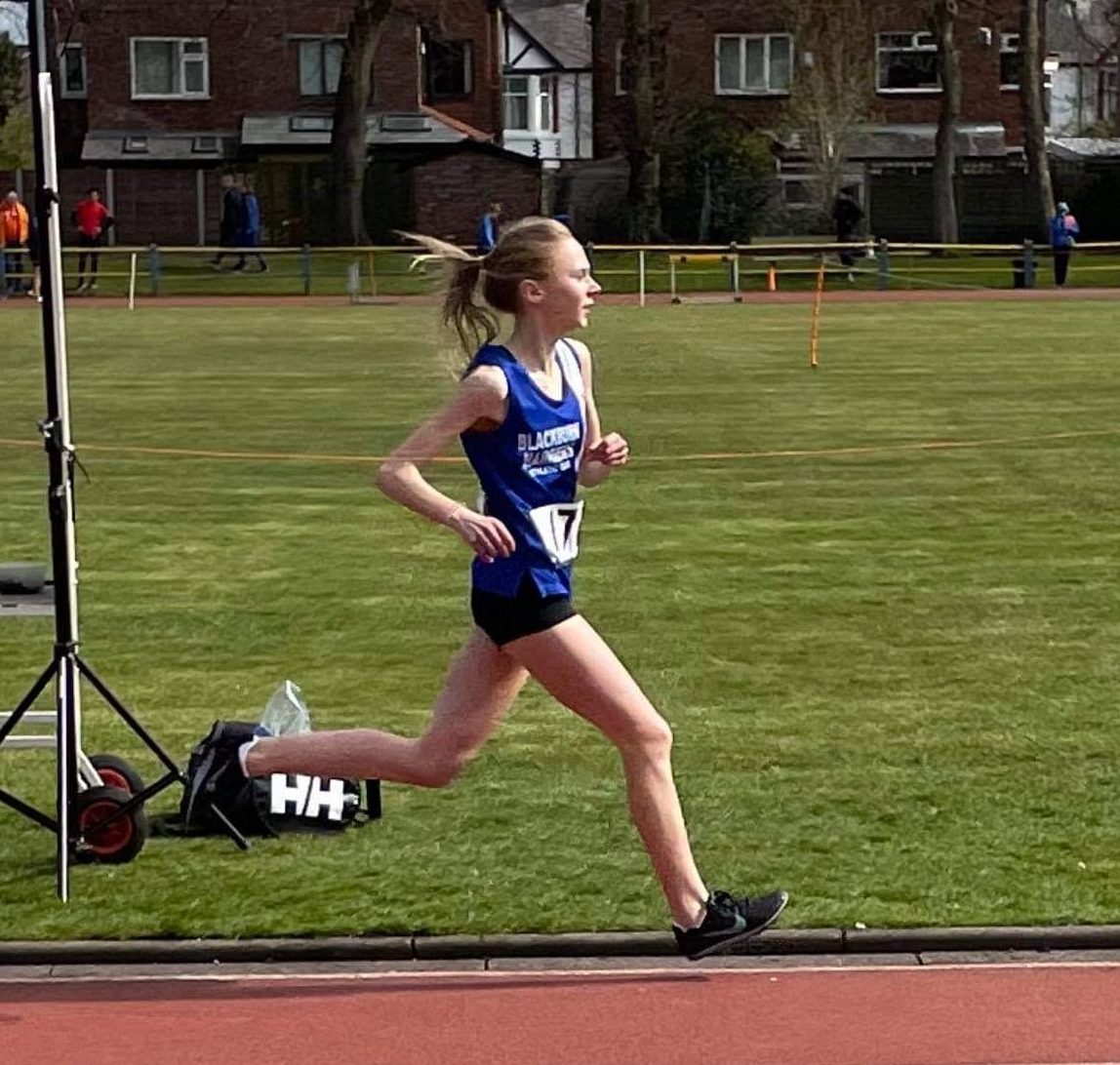 There were two more debuts on the day, this time over 3000m by bottom of age U17’s Abby Stratton and Codie Dewhurst. They were both placed in the same race featuring sixteen athletes with nine of them U17’s. Abby came home in 8th place clocking 10.29.03, whilst Codie was just over a second behind her in 10th spot running a time of 10.30.73, both runs representing very good first time efforts over the distance for the two athletes. Abby said she“felt good while running and enjoyed it I am now looking forward to the season ahead”,  with Codie commenting that he “felt comfortable over the first four laps and then it started to tell when they sped up…”. A great experience for both of them and summed up, along with the other athletes by their Coach – Noel Finucane – who commented at the end of the days racing “A big well done to all our runners today. It is very difficult doing a distance for the first time. I have to mention young Issy, first up and actually winning her race on her debut. Hayden then produced a splendid 2-06 run on his first race. With Abby and Codie going in the 3k, a distance they have never run before on the track. It must seem a very long race. Both acquitted themselves brilliantly. You all did your club proud”.