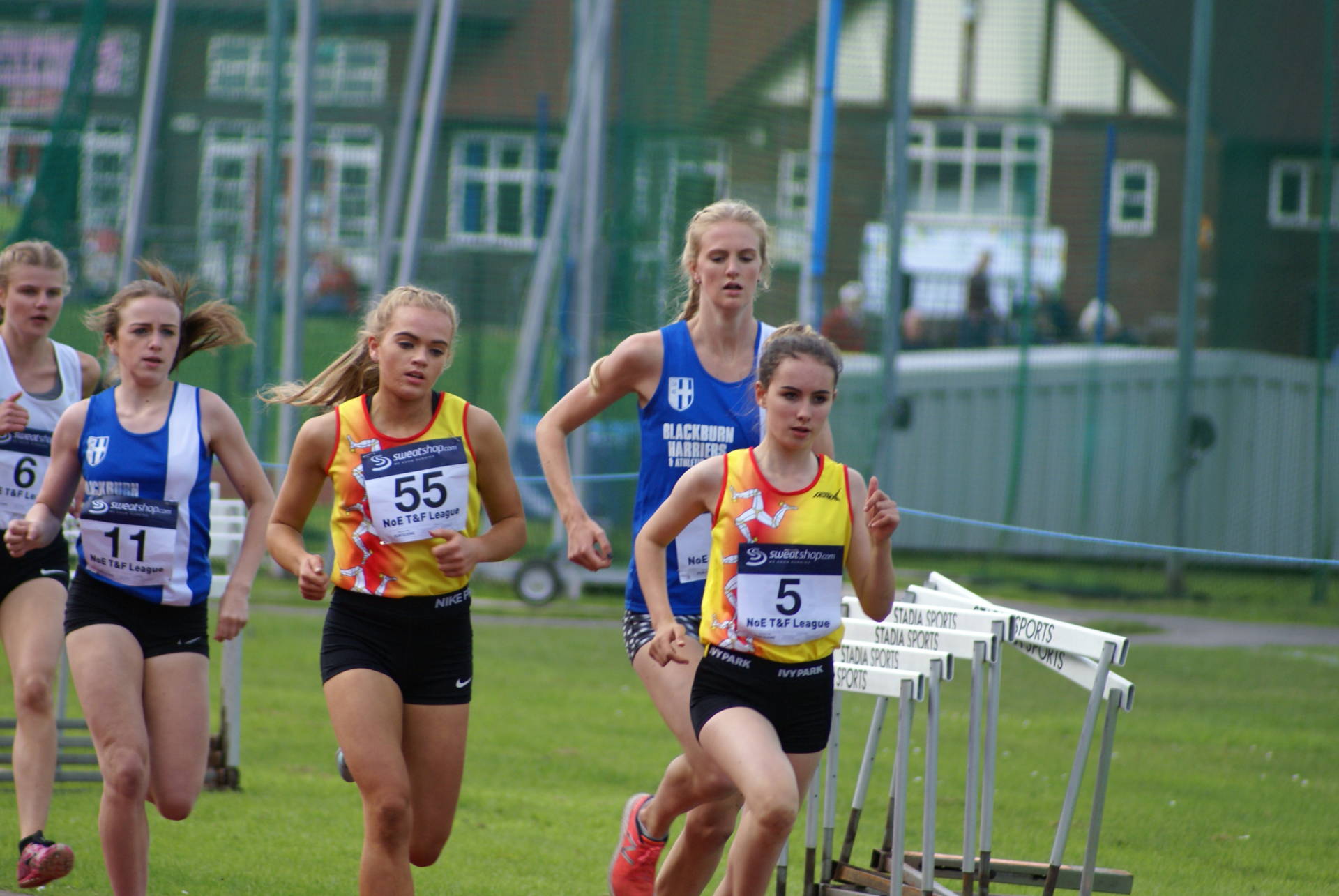 The last fixture of this years Northern League was held on home territory at Witton Park. It was a particularly significant fixture for the Harriers as there was a distinct possibility of relegation awaiting us if we didn’t perform after a season where the Team suffered from being unable to put out full squads because of injuries, holidays, exams and other competitions. The outcome was a good one for the Club as they took 2nd place on the day just thirteen points behind winners Leigh who also took the League title and were worthy winners.

Thanks to all the athletes who stepped out of their comfort zone to take on added events to secure points for the Team. Thanks also to Women’s Team Manager Jan Buckingham and to George Woodburn for stepping into the Men’s Team management at the last minute, to Janet for providing all of the Officials lunches throughout the season and last but by no means least, to the Cookson’s – John and Carol – who are now on a retainer for the Club in the use of the microphone and results display!! 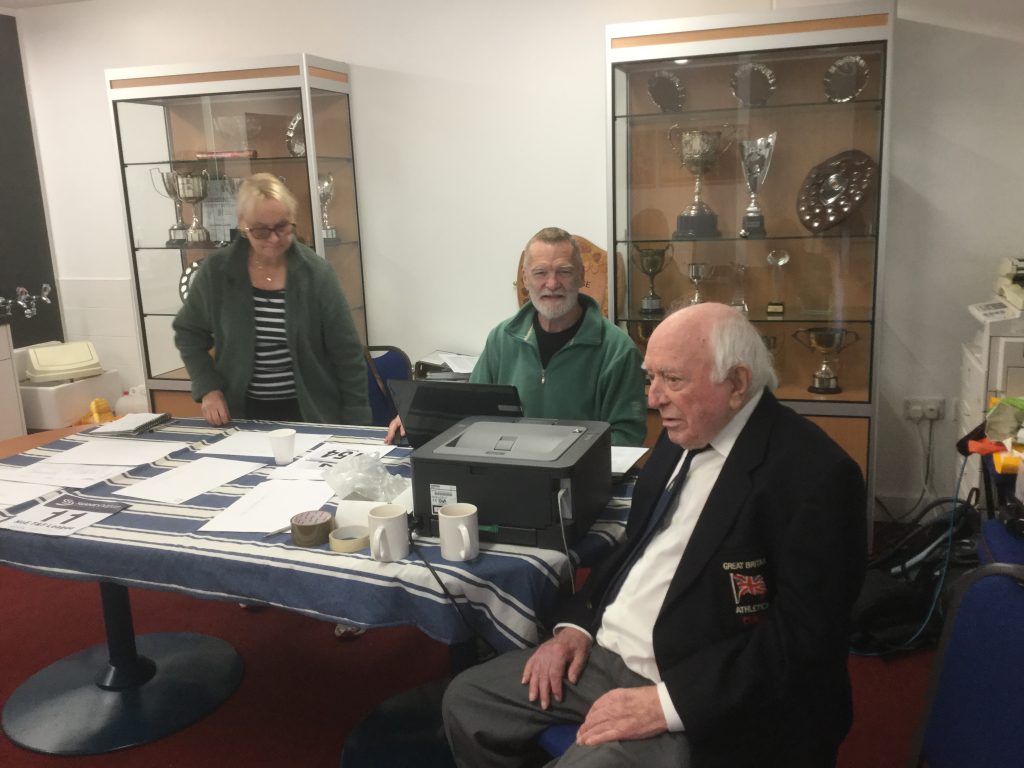 Great start for the Harriers came with U20 Jacob Roberts winning the Hammer with a throw of 54.31m who was heading up a Men’s Throws Team on the day short of some of our usual specialist throwers. Paul Wilkinson came in at the last minute to throw ‘A’ Discus 21.02m (6th) and ‘A’ Javelin 30.26m (6th) with Joe Howe, as ever, taking on as many events as he could for the Team throwing 12.06 in the ‘B’ Discus (5th). Sprinters Brandon Zinyemba and Dominic Bretherton volunteered for the Shot Putt and did really well with Brandon taking 5th in the ‘A’ (8.84m) and Dominic taking 2nd in the ‘B’ (8.59m) for invaluable points in a discipline they haven’t done before. Brandon took the ‘bragging rights’ but can’t be sure that that is the end of this story!! 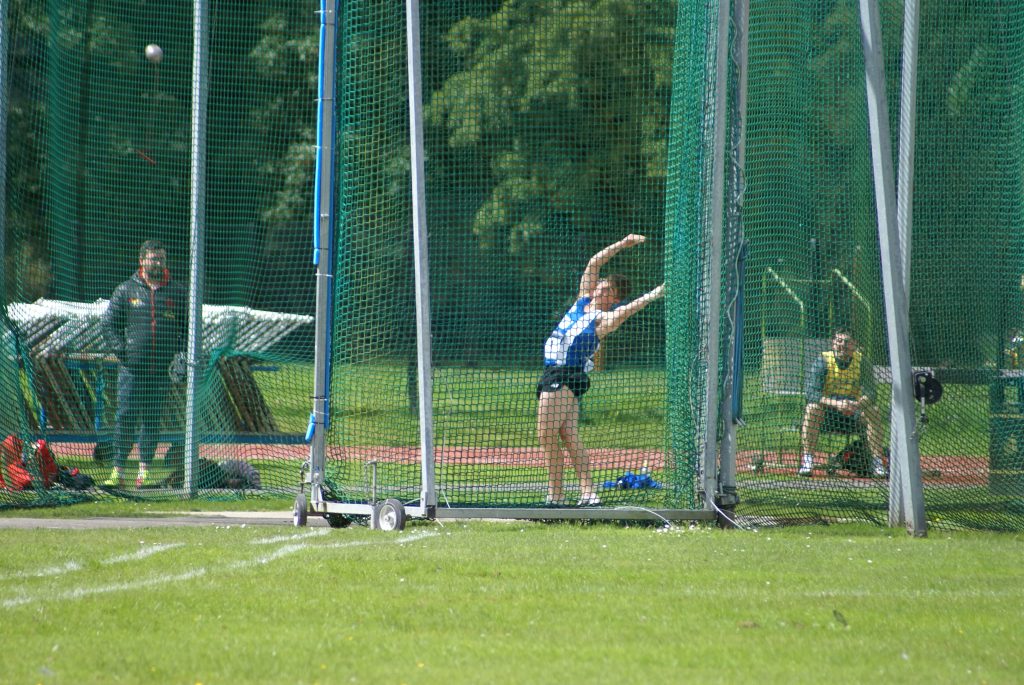 The Men’s Endurance Team produced some great results, despite the windy conditions, with a double win in the 5000m featuring Ben Fish winning the ‘A’ in 14.47.7 and Chris Arthur making his Track debut for the Harriers winning the ‘B’ in 15.32.1. It was another double in the 3000m Steeplechase which saw Joe Howe set a new PB by just two tenths when he won the ‘A’ in 10.07.6 supported by Chris Davies who won the ‘B’ in 10.32.7, just two seconds outside his personal best. 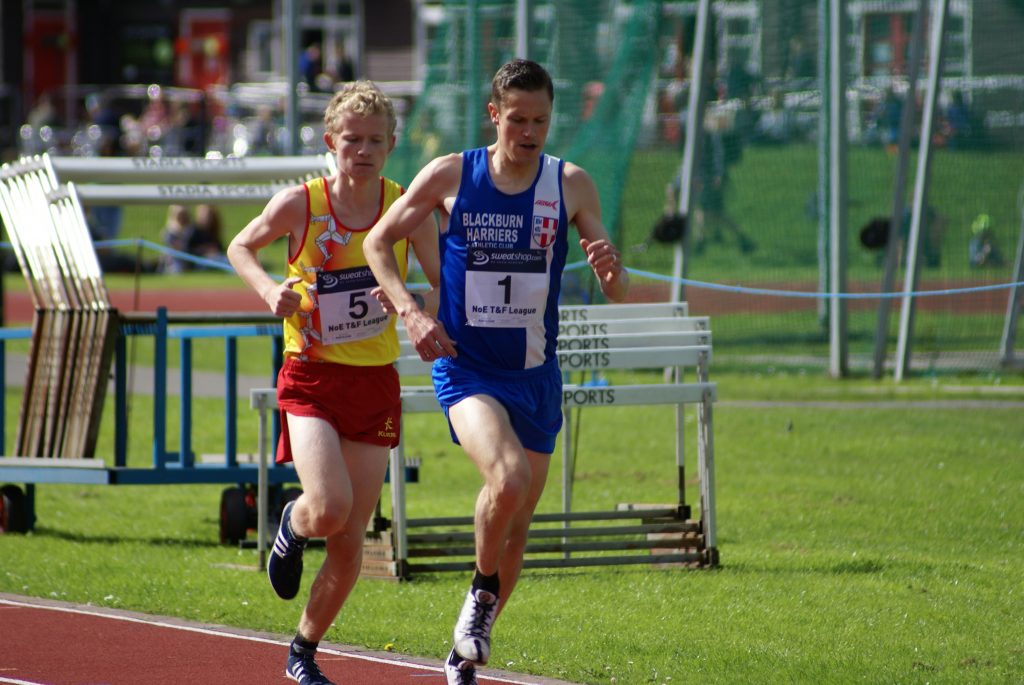 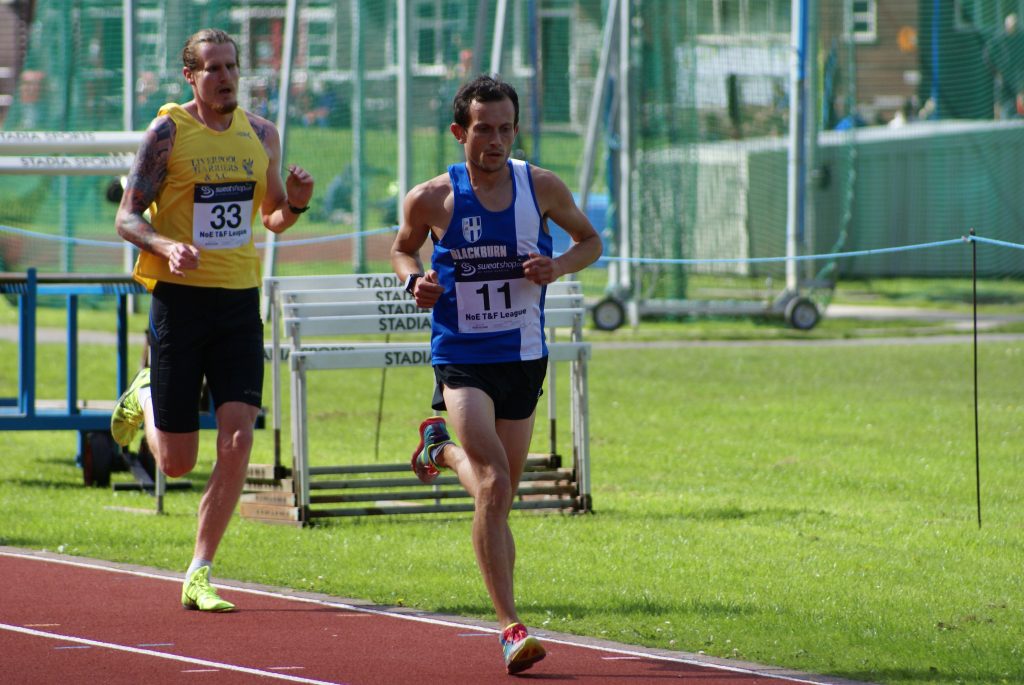 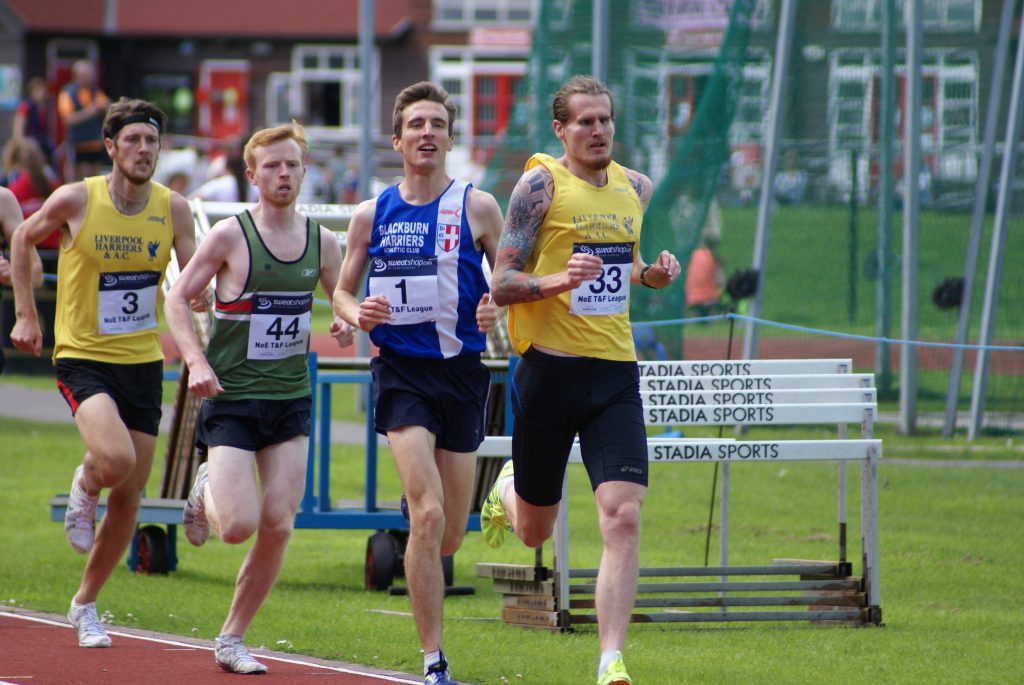 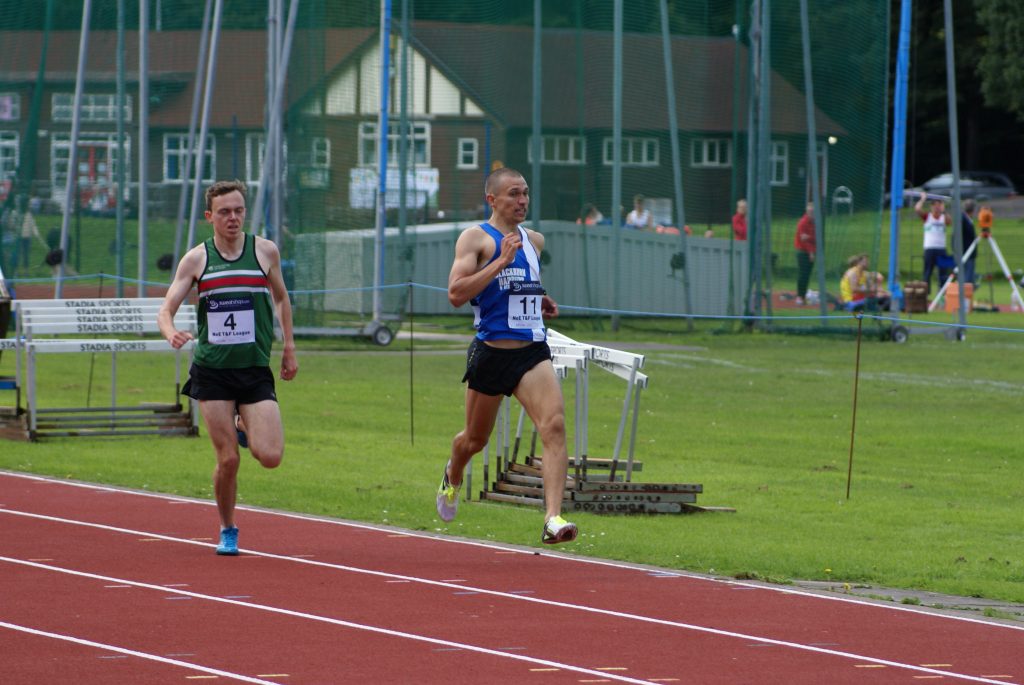 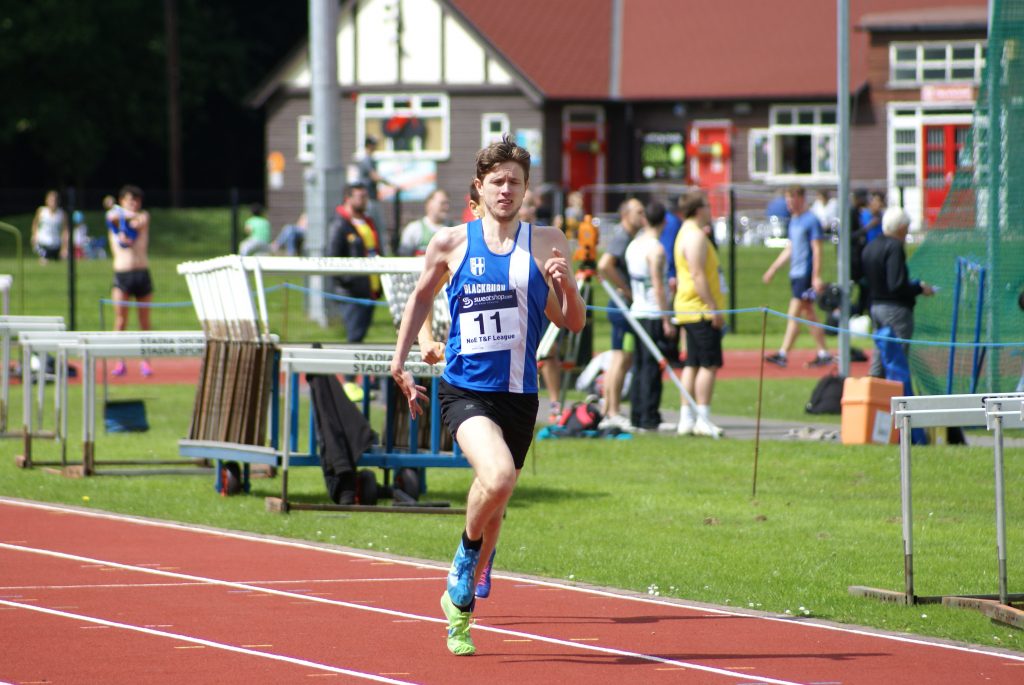 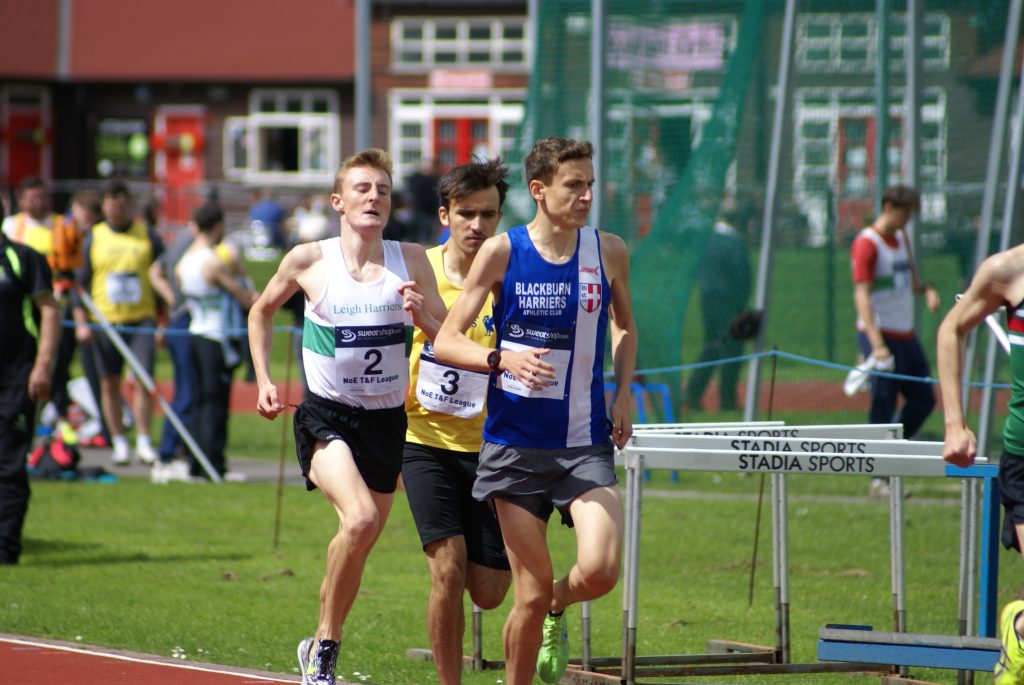 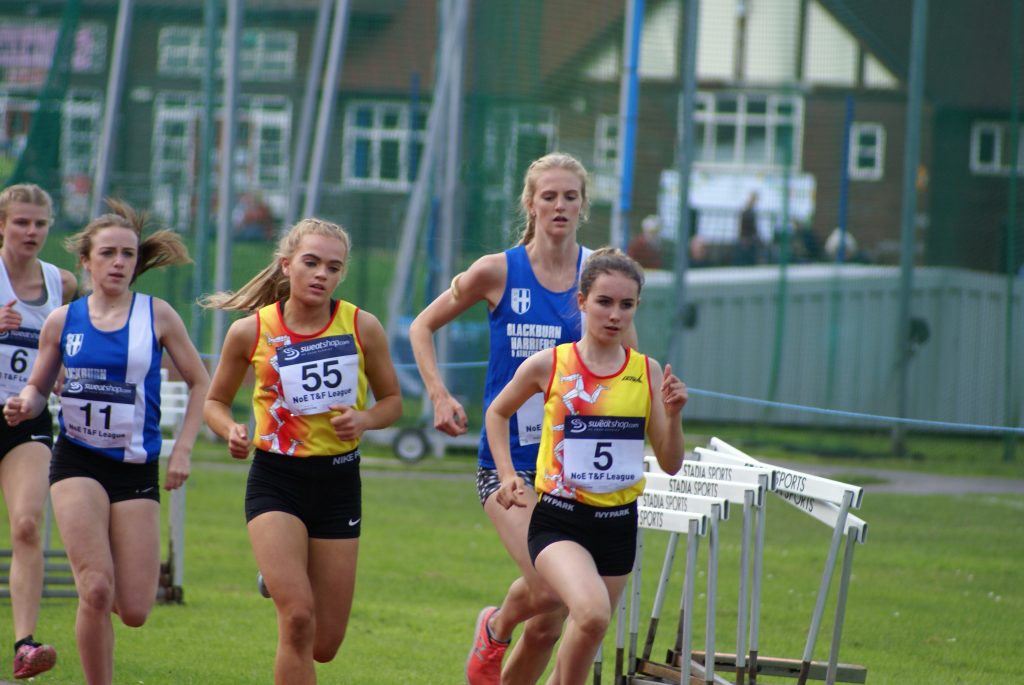 U17 Bradley Meikleham produced a big new PB in the Men’s ‘A’ Long Jump taking 4th place with a leap of 5.43m – over half a metre further than his previous best. U17 Luke Kenyon placed 3rd in the ‘B’ with 4.96m. U17 Solomon Brown also set a new PB in the ‘A’ Triple Jump with a leap of 11.08m in 5th place, an improvement by 35cms. Luke was just outside his PB in the High Jump ‘A’ clearing 1.70m in 3rd and backed up by Joe Howe in the ‘B’ who cleared 1.40m for 3rd spot in the ‘B’ before having to dash off to the Steeplechase. Morgan Angland and Chloe Bleeks won good points in the Women’s Long Jump which saw Morgan place 4th in the ‘A’ (4.84m) and Chloe 2nd in the ‘B’ with 4.53m, a new PB by 10cms. Thrower Anna Peers showed the spirit of the Team in stepping up for the High Jump for the points, clearing 1.15m in the ‘A’ as did Olivia Wilson who had a go at the Triple Jump finishing 6th with 8.05m. 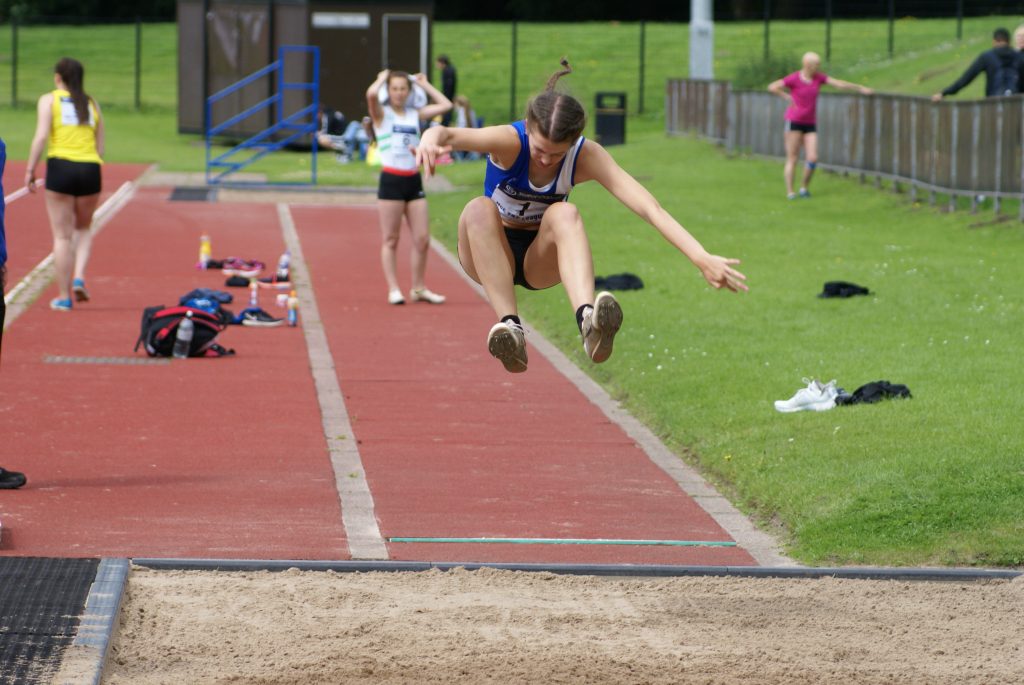 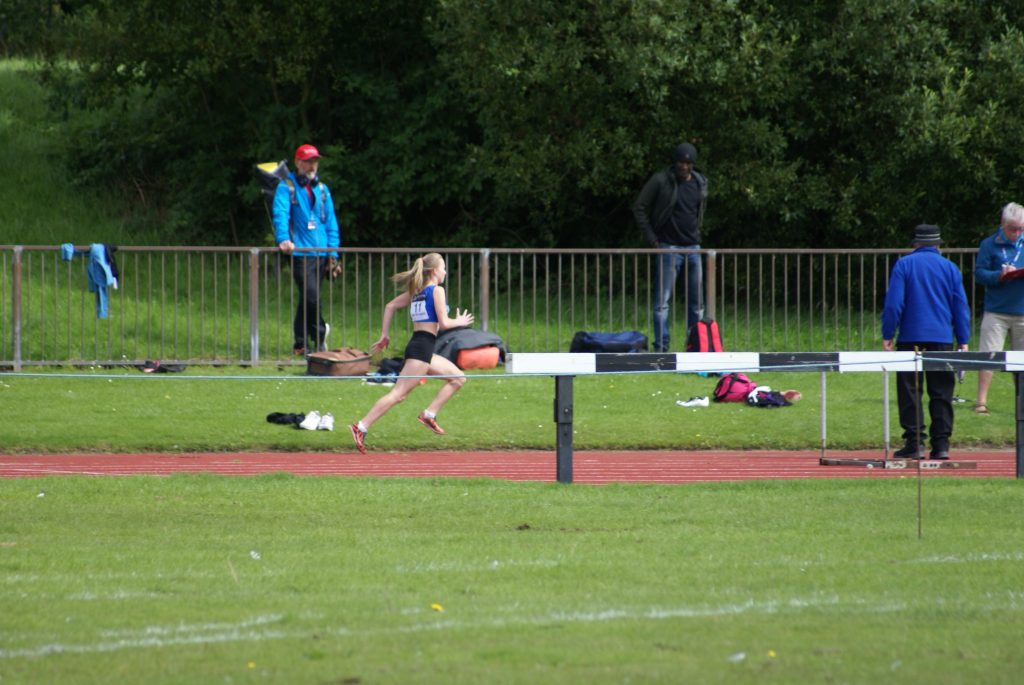