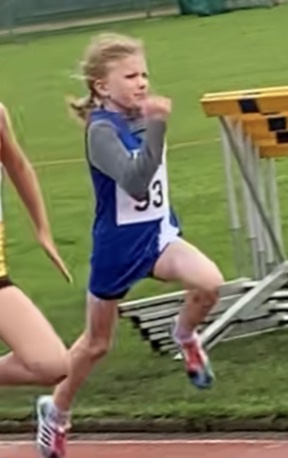 What day for U13 Daniel Nuttall at the Trafford Open Meeting. Daniel took on the sprint double over 75m and 150m. The 75m had 18 Heats featuring U11, U13 & U15 athletes. Over 50 of them were in the U13 age category. Daniel not only won his Heat in a new PB time of 10.13 but ran the fastest time of the day in all 18 Heats which also had 15 x U15’s and an U23 also competing. This time took Daniel to number 3 in the National Rankings. On to the second leg of his sprint double – the 150m – and it was another win – in his first ever run over the distance. This time there were 22 Heats covering age groups U11, U13 & U15. Daniel won his Heat in a time of 19.68 which puts him second in the National Rankings – just one hundreth of a second behind Methin’s Gethin Griffith (19.67). 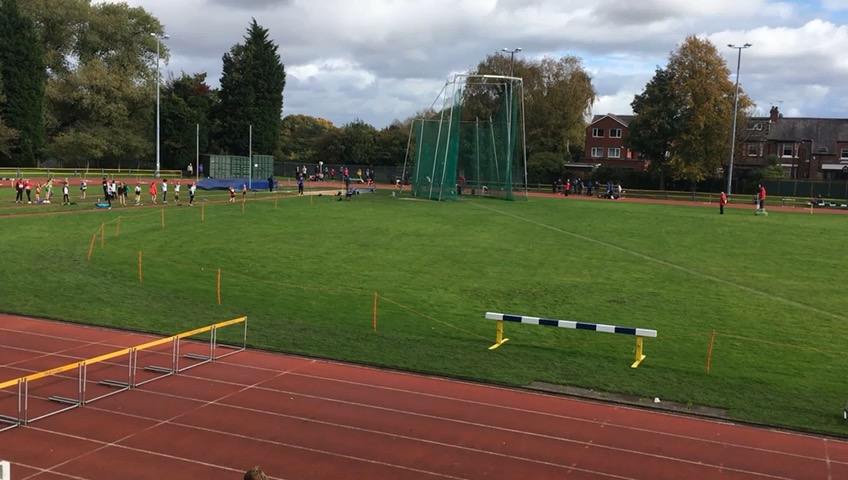 It should be noted that because the season has been extended, there is a difficulty with the Rankings, as some results are being included and others not. Typically the age group categories would change on August 31st 2020 for all future T & F Events. With the season extended, P10 hasn’t included a number of performances in the National Rankings because the athletes have actually changed age categories in the normal way. An extended season has not been able to take account of this. Therefore, some second year U13’s on August 31st 2020 – even though the season has been extended – are being categorised as U15, which would be correct in normal circumstances.

U11 Charlotte Smith, who isn’t 10yrs old until December really gets stuck in. Charlotte entered the 75m clocking 12.25 in 7th place and then went and bagged 3rd spot in the 150m with a time of 25.34. U13 Findlay Carroll ran his first track race since August 2019 and his first this year, entering the 150m. He chopped a full second off his previous best to set a new PB time of 24.41 in winning his Heat. Findlay’s second event of the day, came in the Javelin which is one of those events where athletes who specialise in Throws, Jumps and Hurdles have had it particularly bad in terms of accessing training in the Covid period. Findlay placed 4th in his Pool with a throw of 17.47m which was a pretty good effort considering the last time he threw in competition was well over a year ago.

U15 Matthew Smith, another of those athletes who was an U13 in the 2020 season, but in this ‘extended season’ is being assigned to his 2021 age category on P10, kicked off his day with yet another win in his Heat of the 600m, clocking 1.44.81. Next up for Matthew was the High Jump which has seen him open up this year with a 1.52m clearance  on 26th Sept (4th), jumped 1.59m to win on October 4th and then set another new PB at this meeting with a win and a clearance of 1.60m. Oliver Gill had a go at High Jump last year for the first time and enjoyed it. In his first outing this year, he jumped in the same competition as Matthew, equaling his personal best with a clearance of 1.30m in 5th spot. Matthew then went and made it three wins from three events on the day in the Long Jump. There were 8 Pools altogether and Matthew won his with a leap of 4.31 – the third longest in all eight pools. Sister Charlotte Smith, after running the 75 and 150m races then made it three events as she jumped 3.05m in her pool of the Long Jump, placing 7th out of the 12 athletes taking part. 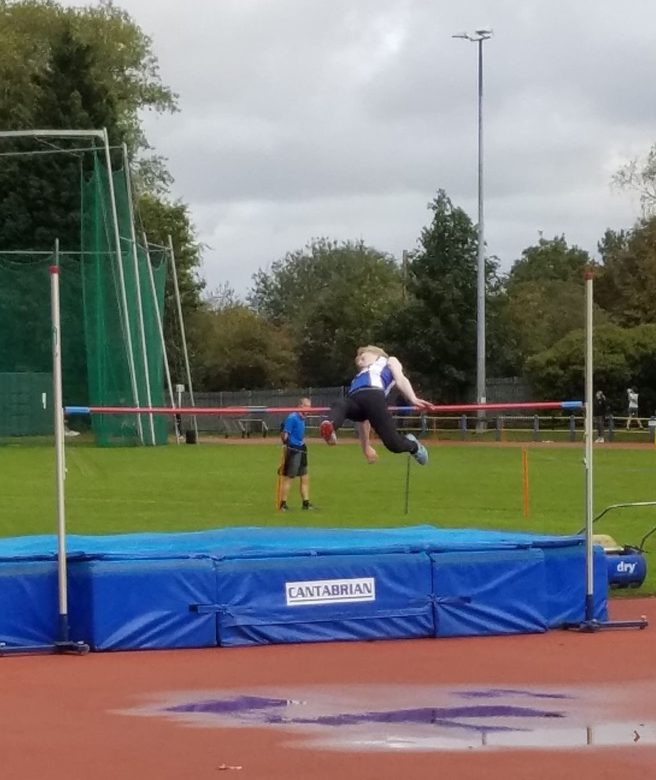 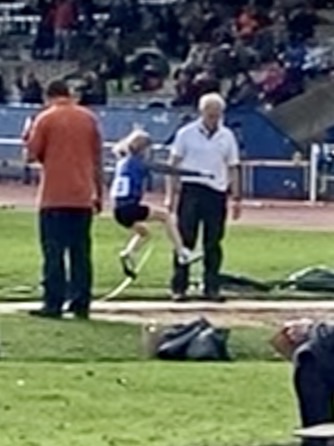 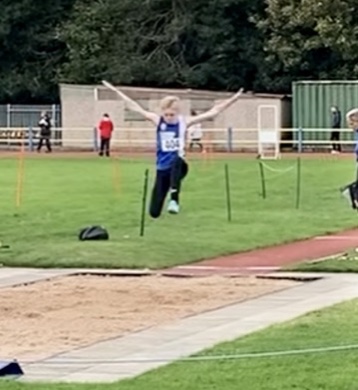 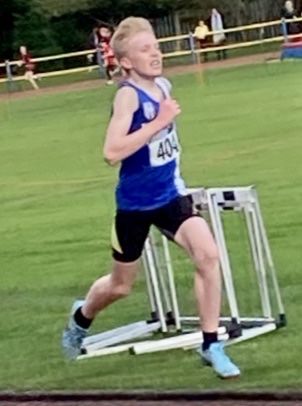 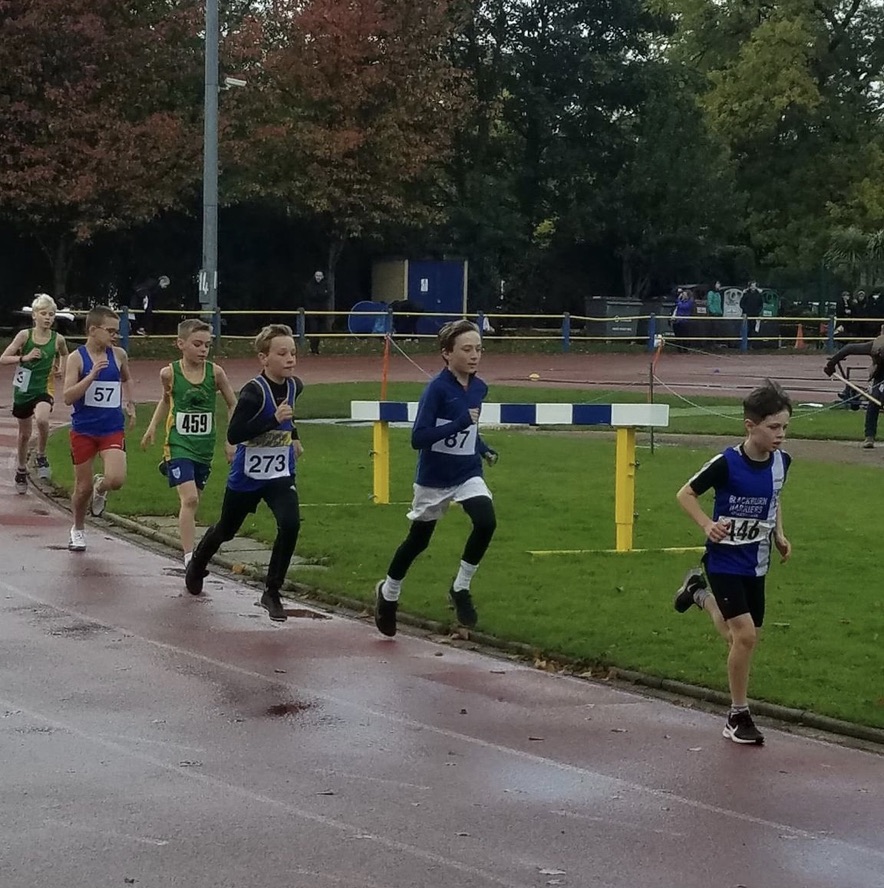 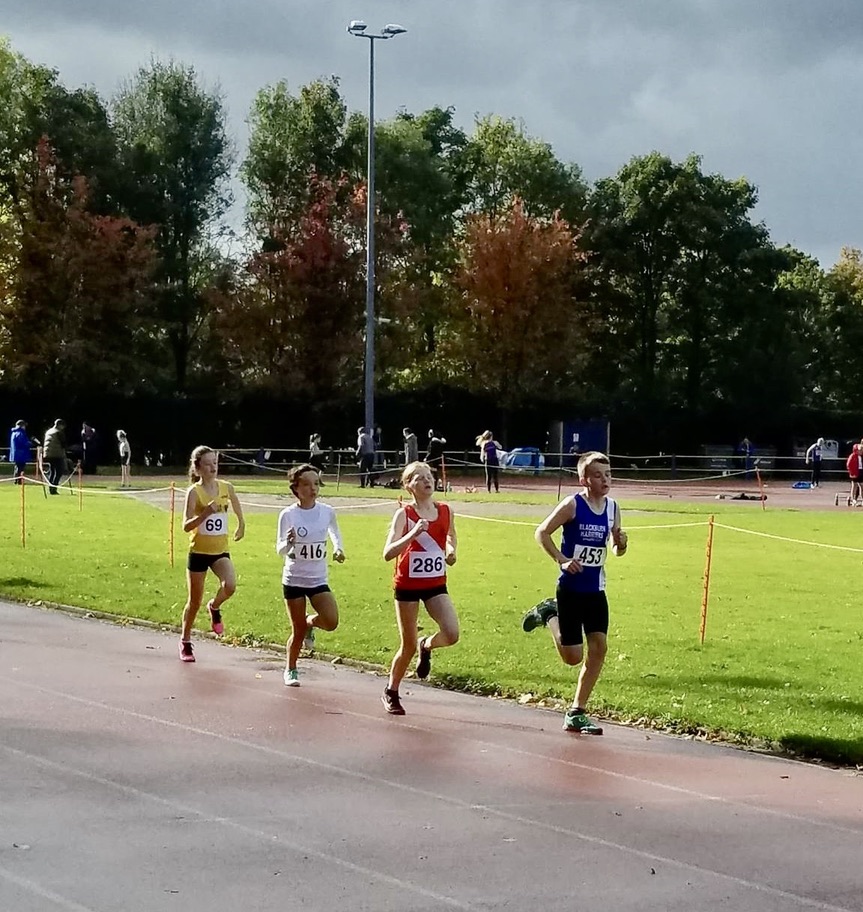 Going out of his comfort zone was first year U17 Ben Boocock who is a sprint hurdler. At Trafford, Ben took on the unusual 200m Hurdles and ran a time of 29.30 in 5th position. After the Race, Ben spoke to the Club about his debut at this distance, tellung us that he “enjoyed the experience of doing a different race to normal and was pleased with his time considering i only had two sessions to prepare. It definitely felt much longer than normal but i am up for doing it again should the chance arise”. 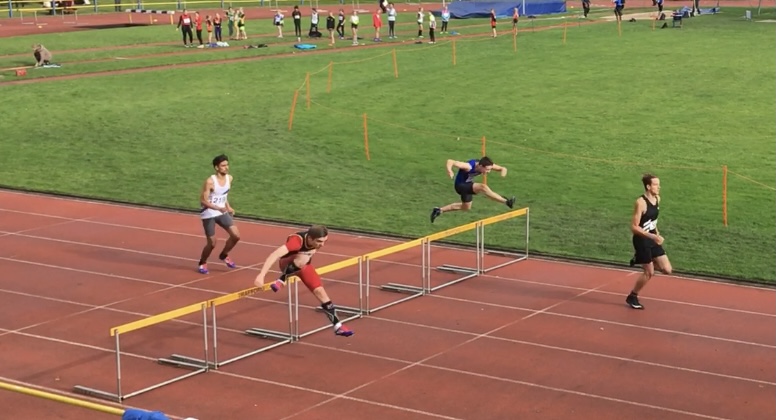 Six hundred and seventy nine finishers in this race held inside Tatton Park was won by Stoke’s Christopher Gidlow in a time of 32.58 with East Cheshire’s Emilia Platt taking the Women’s 1st place with her 38.25 clocking.

Two Blackburn Harriers ran on the day – V55 Jan Buckingham and V45 Andy Payne. Andy placed 11th overall in a time of 35.01 and to say he has had just one race since December 2019, that is a pretty good run. Jan has managed just two Park Runs in February and March this year and hasn’t had a race since November 2019. Time and position wasn’t really that important to Jan, what was important was actually being there and running. She posted a pretty solid time of 51.56 and shared her thoughts about recent events and her run with the Harriers, after the race had finished “Tatton 10km today was a brilliantly organised socially distanced event, by ‘runthrough ‘. It was great to be back pinning a race number on. I wasn’t expecting too much as i am just back from cancer treatment for the 3rd time, so to come away with a 51.56 I was very pleased with. Going into the race I felt bike fit rather than run fit, but that didn’t appear to matter. The icing on the cake was the superb weather, it was so worth getting up at 6am, to race at 8.30 in the stunning grounds of Tatton Park“. 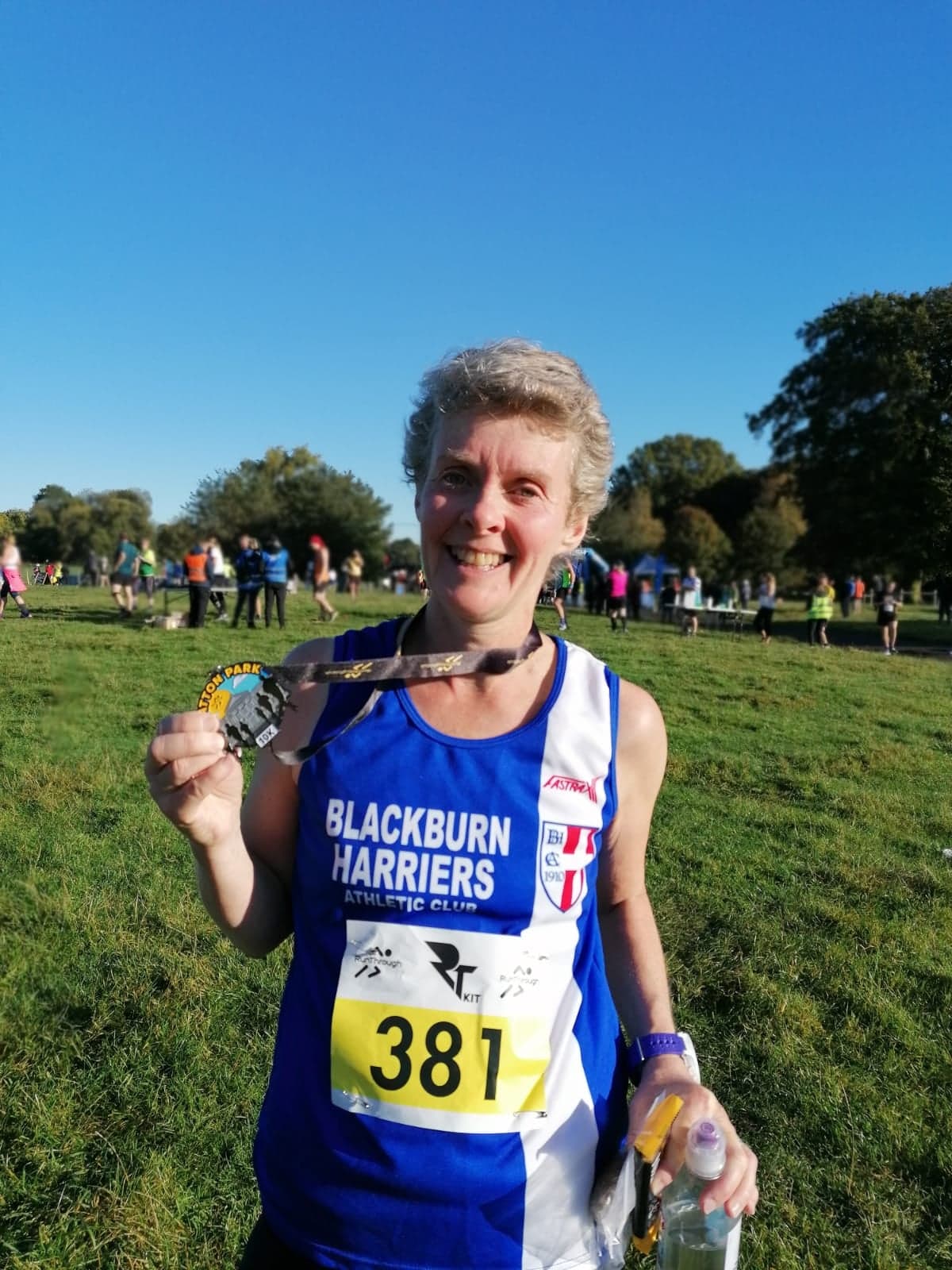