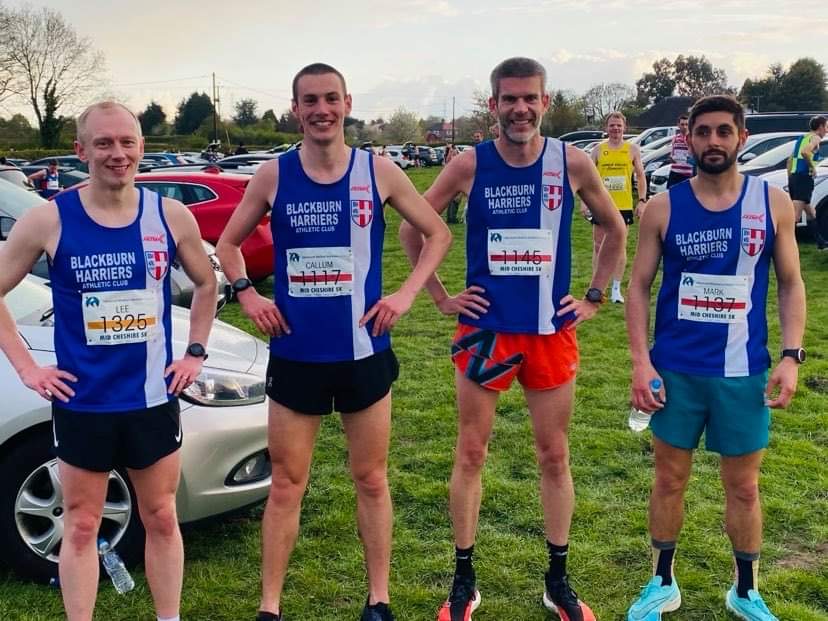 The last day of April – Friday 30th – saw a quality field assembled in the evening to take on the famous Mid-Cheshire 5k Race, said to be among the fastest in the country over the distance. Four hundred and fifty five runners finished the race with the first nine athletes in the race clocking faster than 14.30 and with just one second separating first and second – the winner being Alexander Brown (Morpeth) in 14.11 and Jonny Mellor (Liverpool) running 14.12 with Liverpool’s David Devine in 3rd spot (14.24).

Six Blackburn Harriers made the trip – Callum Davidson, Mark Magee, Nick McCormick, Ryan Bradshaw, Lee Casson and Matt Nuttall. Whilst just one second separated first and 2nd — places three through to 10 had just eight seconds between them. Callum Davidson was the first Harrier home and what a run he had in 7th place overall and breaking through the 14.30 minute barrier with a massive new PB of 14.28 – an improvement of 30 seconds! 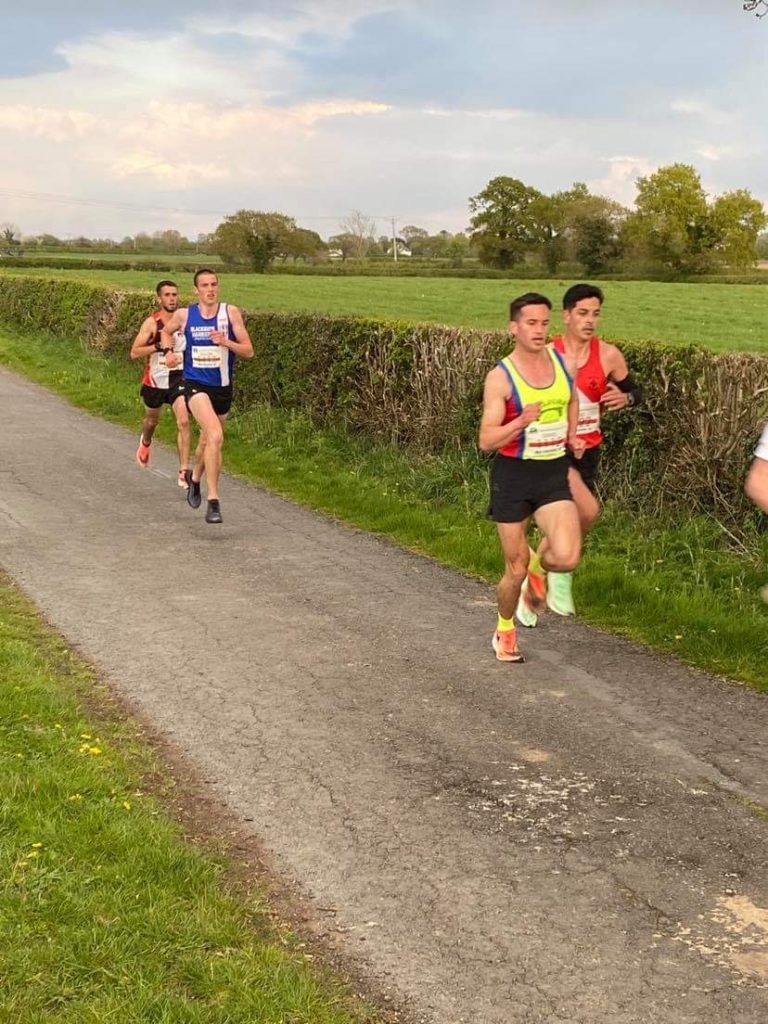 After running an excellent 15.10 at the Podium 5k and sub 32 at Tatton Hall 10k recently, Mark Magee backed that good form up with a time of 15.17 in 42nd position with Nick McCormick in his first race for Blackburn Harriers just two places further back in a time of 15.20. Reflecting on his race Mark spoke to the Harriers to tell us that he “was going in to the Mid Cheshire 5k race feeling confident and excited to race. The atmosphere between the whole group made it great night. I was hoping for slightly quicker time but happy with the end result and to cement another sub 15.20 5k. Brilliant to see so many cracking runs from Blackburn Harriers!“

Ryan Bradshaw was next across the line for the Club in a time of 16.13 (106th) happily telling the Harriers after his race that it was “Another great team outing for the race on Friday. Some more fantastic performances from my training group ! Great to see.” And he was followed by Lee Casson (129th) running a new PB by eight seconds finishing in a time of 16.25, telling us after “What a great race! The first mile was worryingly quick but it paid off after the hill with a fast last 2k, taking a few seconds off my previous best” and great to see Matt Nuttall (V50) running a pretty good time of 16.49 – worth noting that Matt last ran this Race in 2018 when he posted a time of 16.42. Three years later he was just seven seconds away from that. 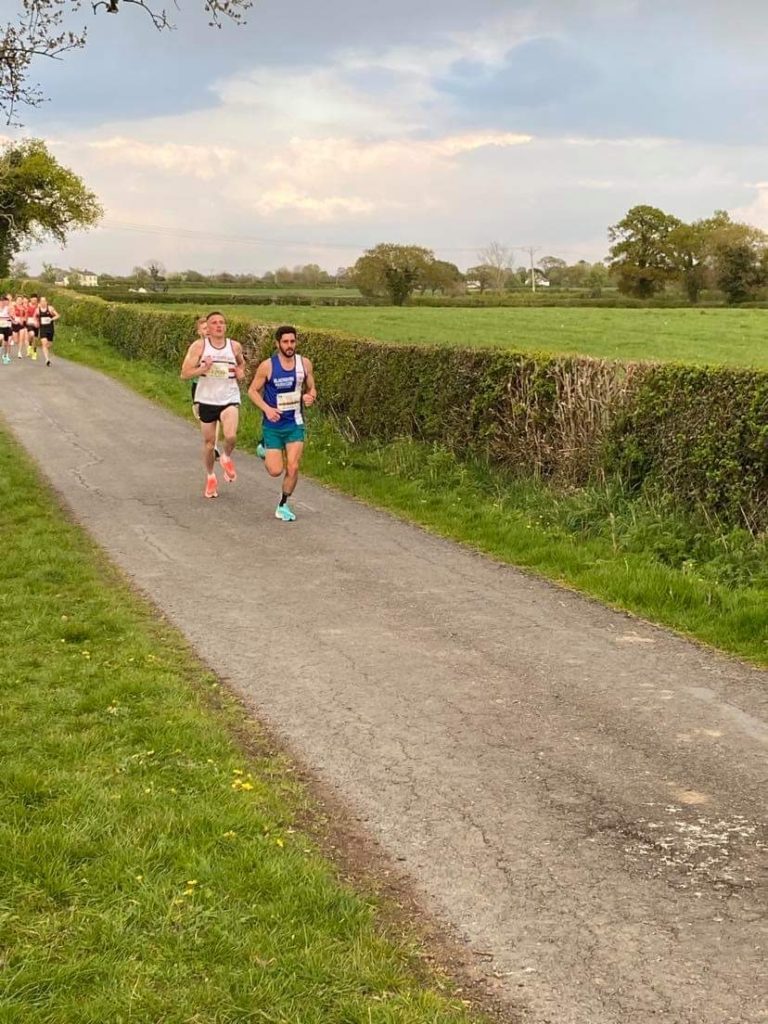 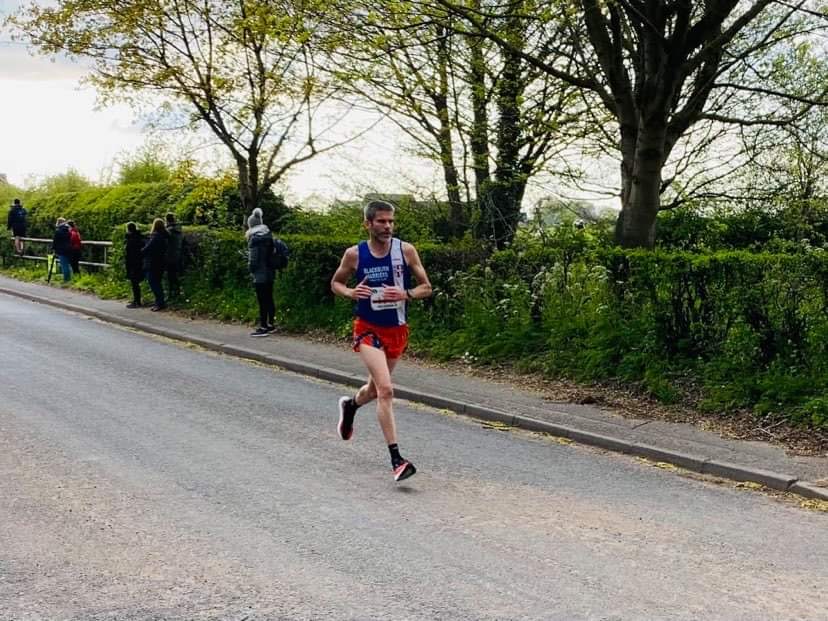 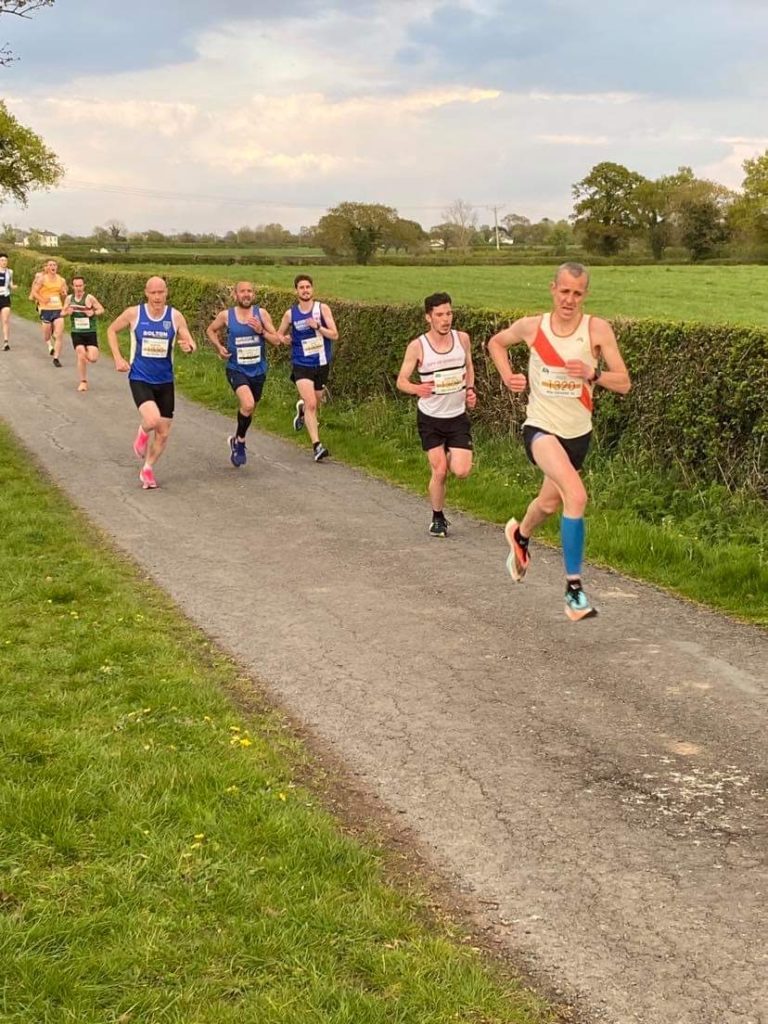 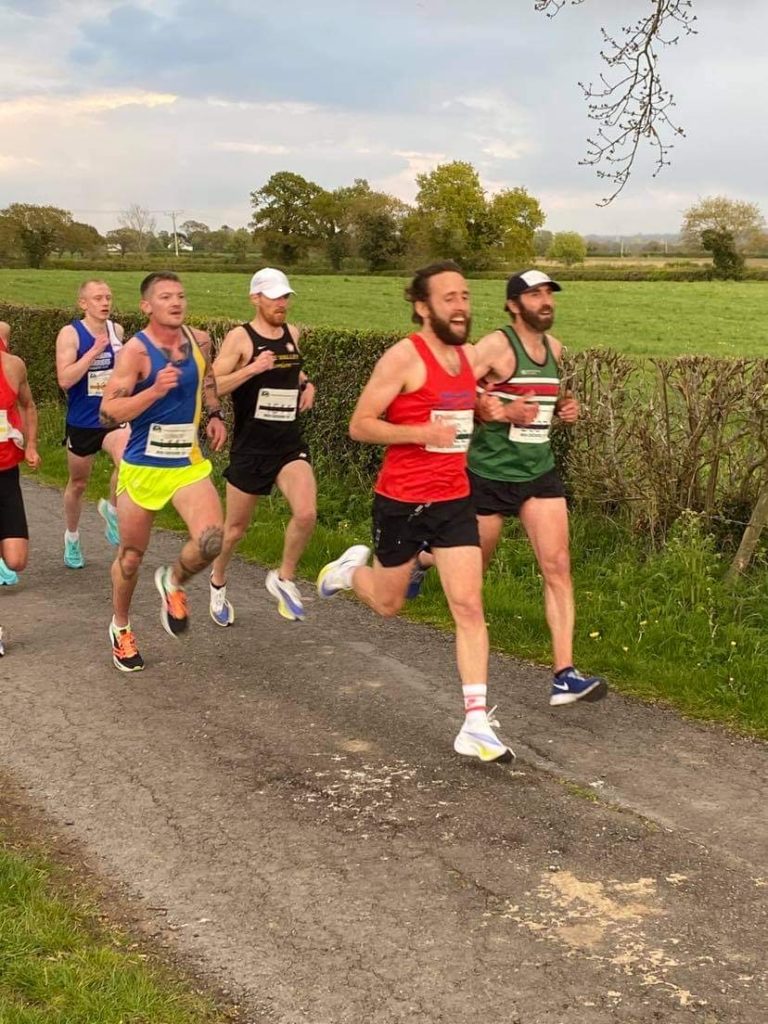 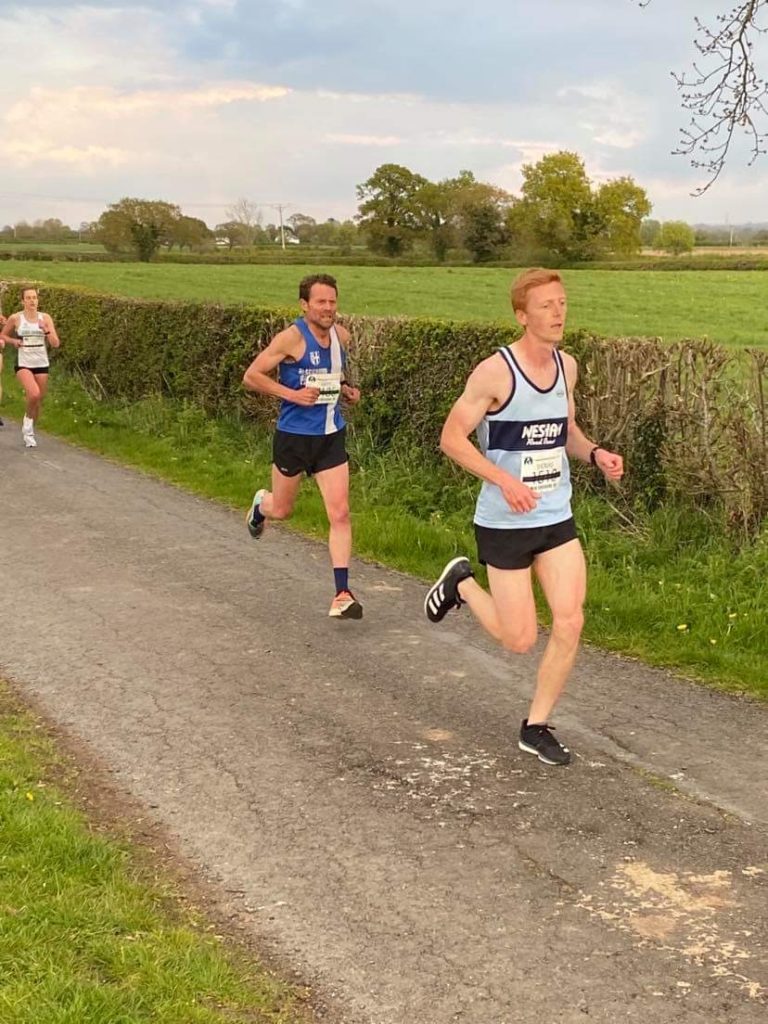 Road & Cross Country Senior Men’s Team Manager – Paul Guinan – was watching the action on the night and told us that it was “Great seeing the racing scene moving forward again after what has been a challenging time for everybody. What was very plain to see was that Blackburn Harriers have started out as we finished, which was brilliant, competing on all fronts, the latest additions will bring more strength and depth into what was already developing into a team to be reckoned with at the highest level, loved watching, and ready to go myself “.