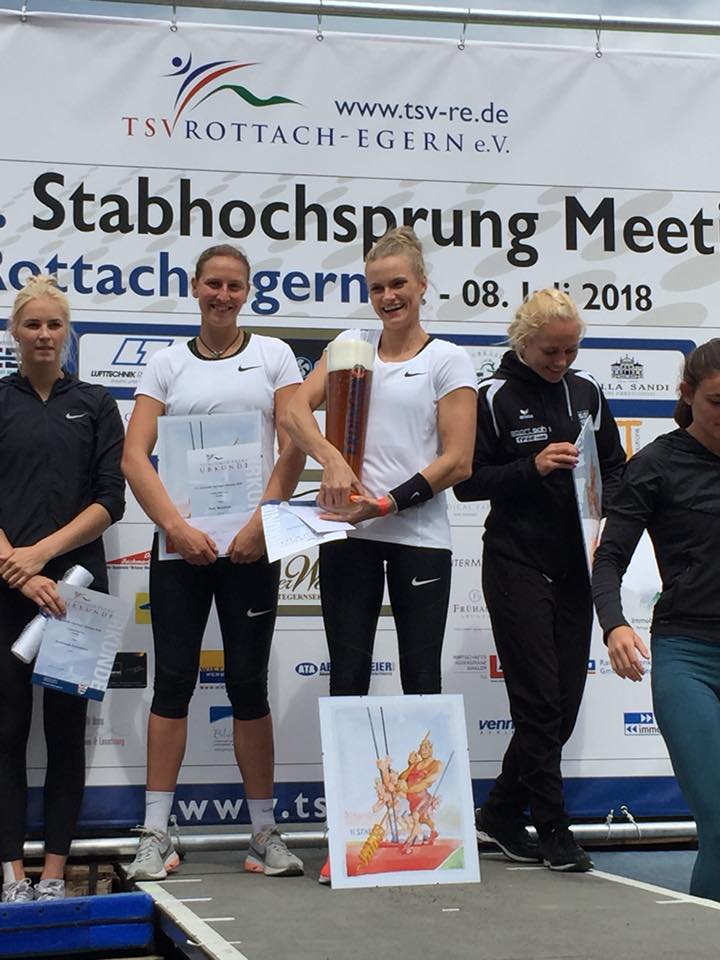 After the competition Holly shared her thoughts with the Club commenting “I am definitely building as the season progresses which was always the plan off the back of the Commonwealth Games. I haven’t took a break and just trained straight through so we knew the closer we got to the Europeans the better shape I would be in and the better I would be jumping and it’s nice to know the plan has worked. I felt really great in Rottach, my body felt good and I felt fast and strong! It’s such an amazing competition with such a great atmosphere in such a special little place, it’s hard not to just love life! The meet organiser puts on a great show and really makes the environment perfect to help us athletes. I am now looking forward to my next couple of meets to try and keep building momentum, ready for the Europeans in 3/4 weeks time.” 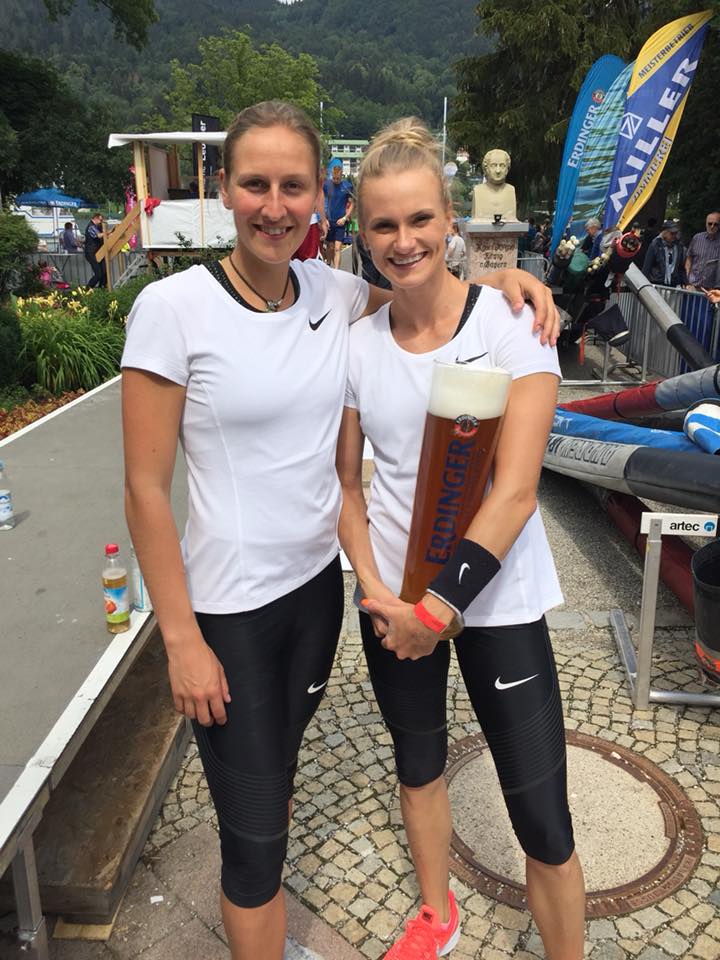 Kyle Mashiter and Ethan Downes ran the U15 Boys 100m which saw Kyle in String (1) finishing 3rd clocking 11.60 which matched his personal best – the first five all being given the same time and Ethan in String (2) who was first with a time of 11.73 – a new PB, his previous best going into the competition being 11.8. Just four athletes in the U15 Boys 80m Hurdles which finished with Ben Boocock in 3rd place in a time of 13.28. Liberty Thompson ran in the U17 Women’s 80m Hurdles coming in with a time of 14.09. Some great times recorded in the U15 Girls 75m Hurdles, the winner clocking 11.40. Myah Booth set a new PB of 11.57 to finish 4th overall. Solomon Brown probably had the run of the day as he won the U17 Men’s 100m Hurdles in a new PB time of 14.38, a half a second faster than his previous best set at this years Lancashire Championships. 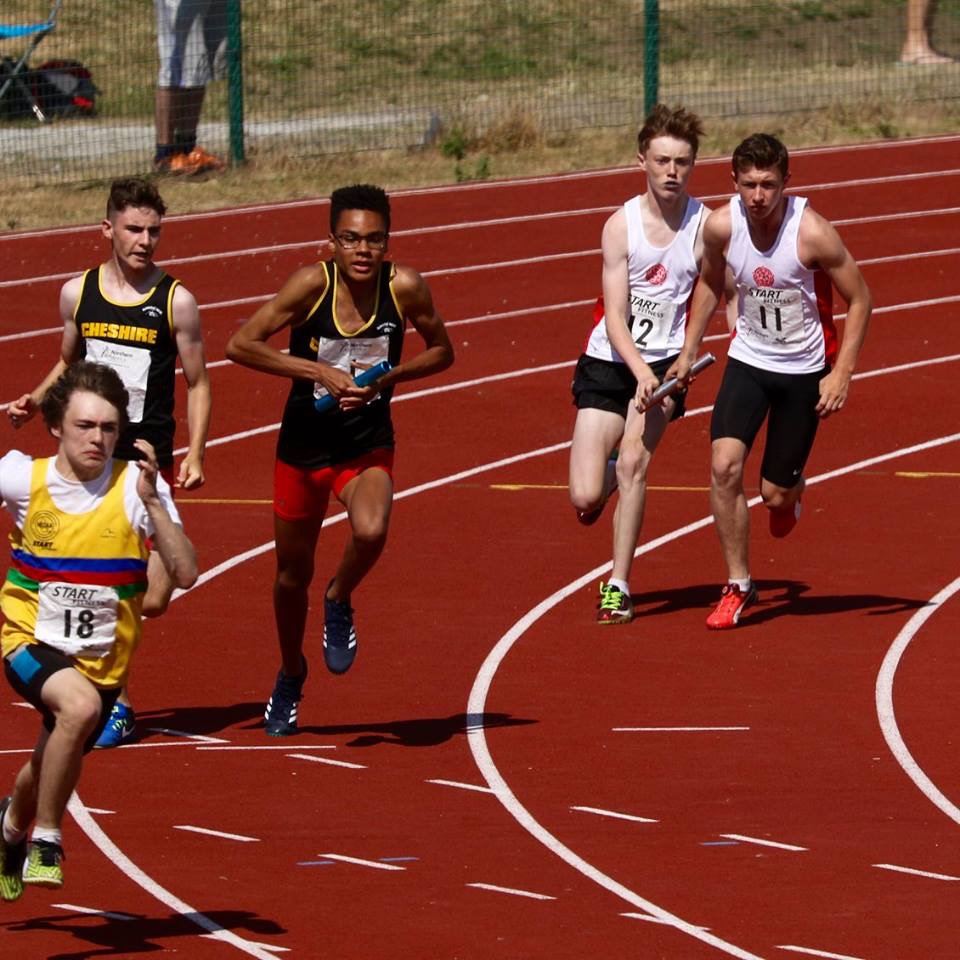 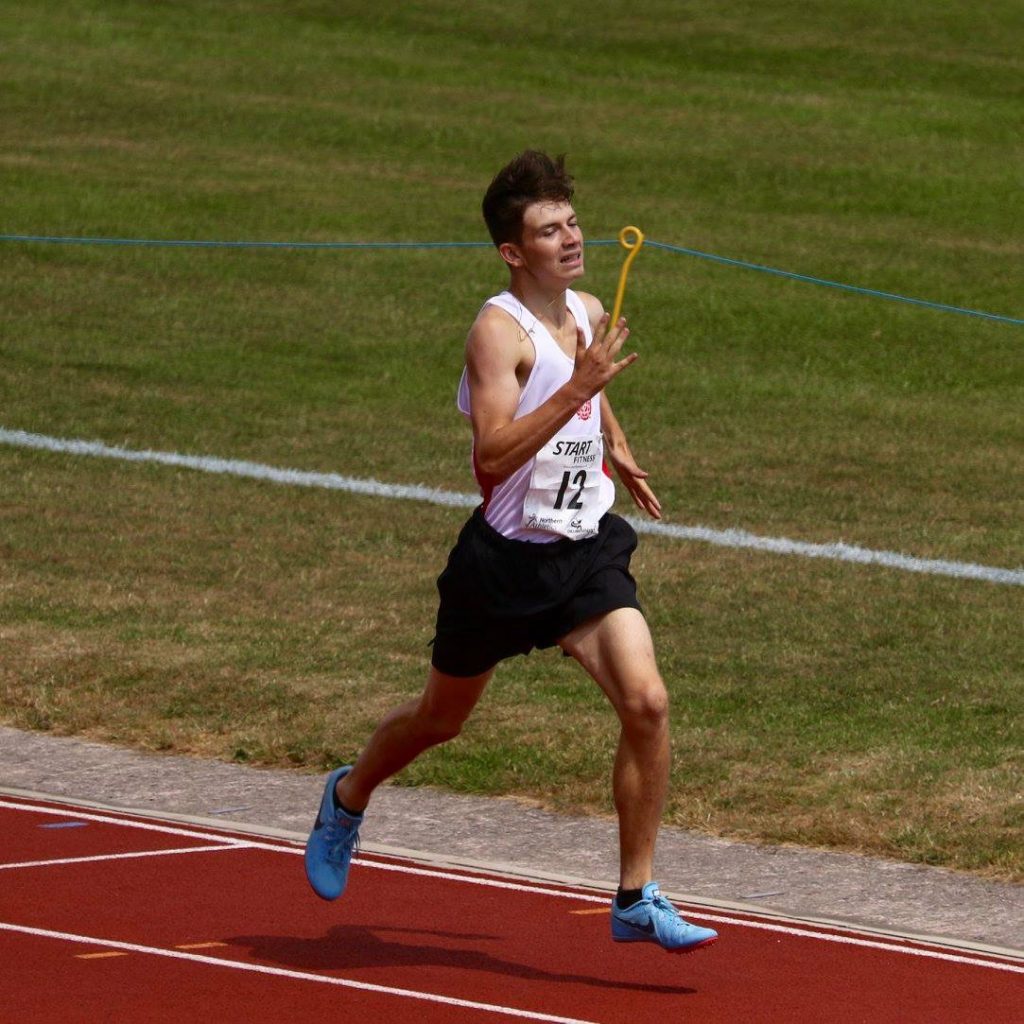 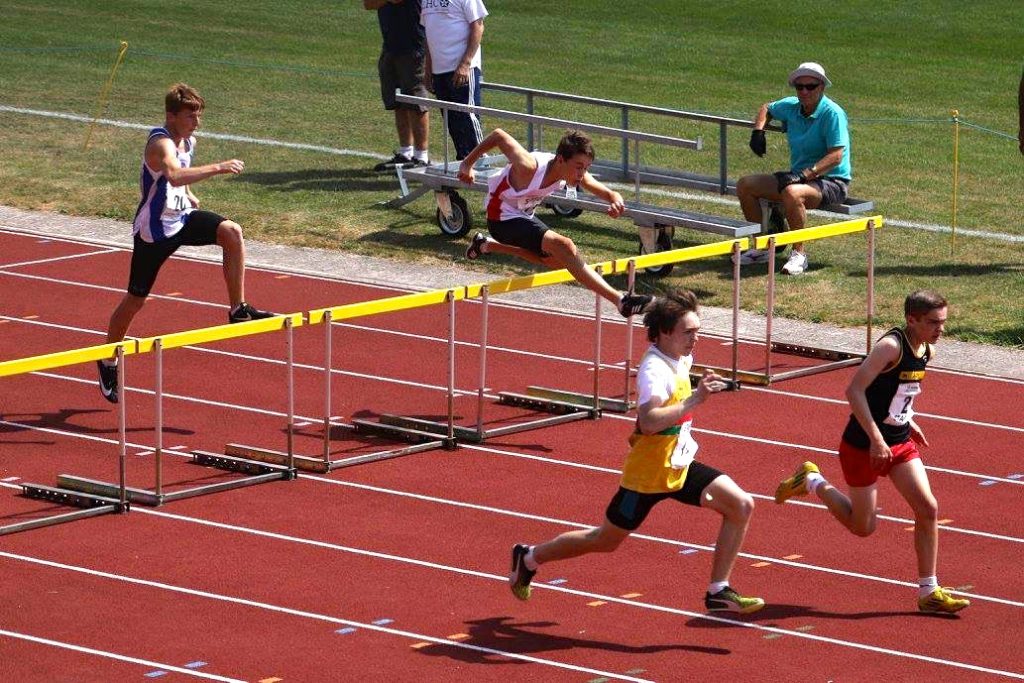 In the U15 Boys Discus George Whittaker won String (2) with a throw of 29.34m and a new PB by 30cms. Overall George placed 4th in the competition. Matthew Heywood competed in the U15 Boys Shot Putt finishing 3rd in String (2) with 9.08m, just shy of his best and 9th overall. Nicky Saunders had a very good day too throwing a new PB of 28.34m in the U15 Girls Discus and finished 4th overall on the day. Myah Booth was competing in her second event of the day – this time in the U15 Girls Shot Putt – where she finished 2nd in String (2) with a throw of 10.58m making her 3rd overall and just 4 cms off 2nd place. 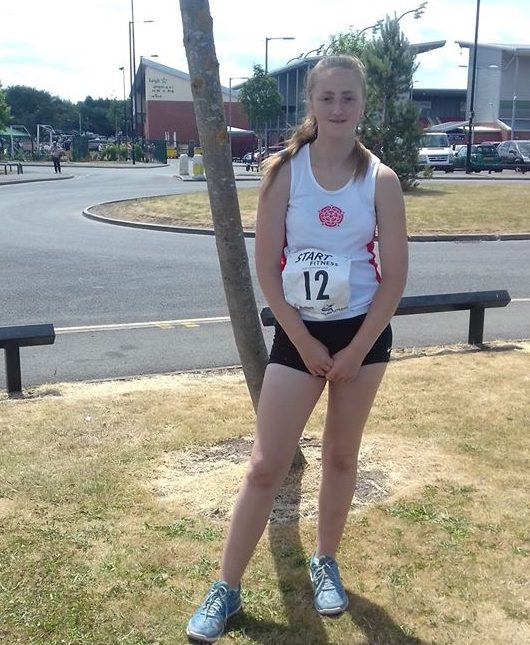 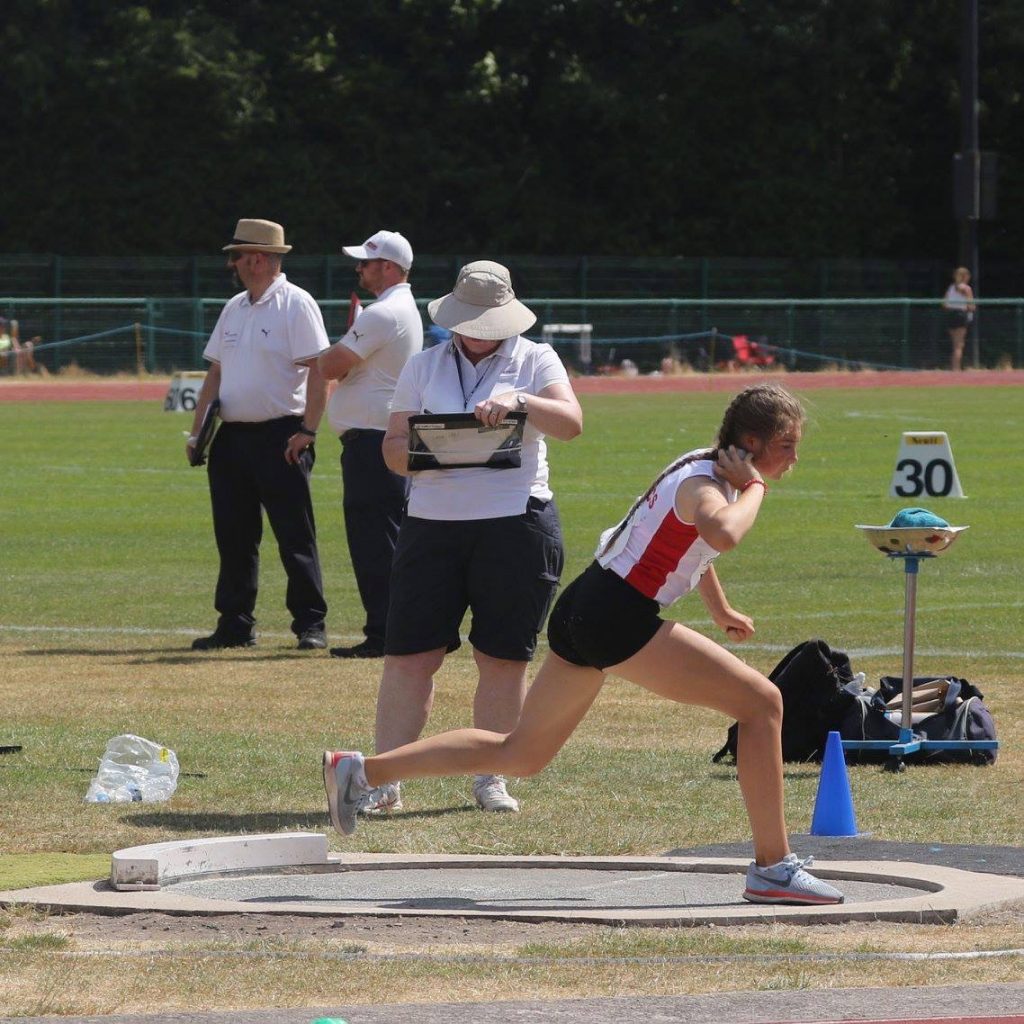 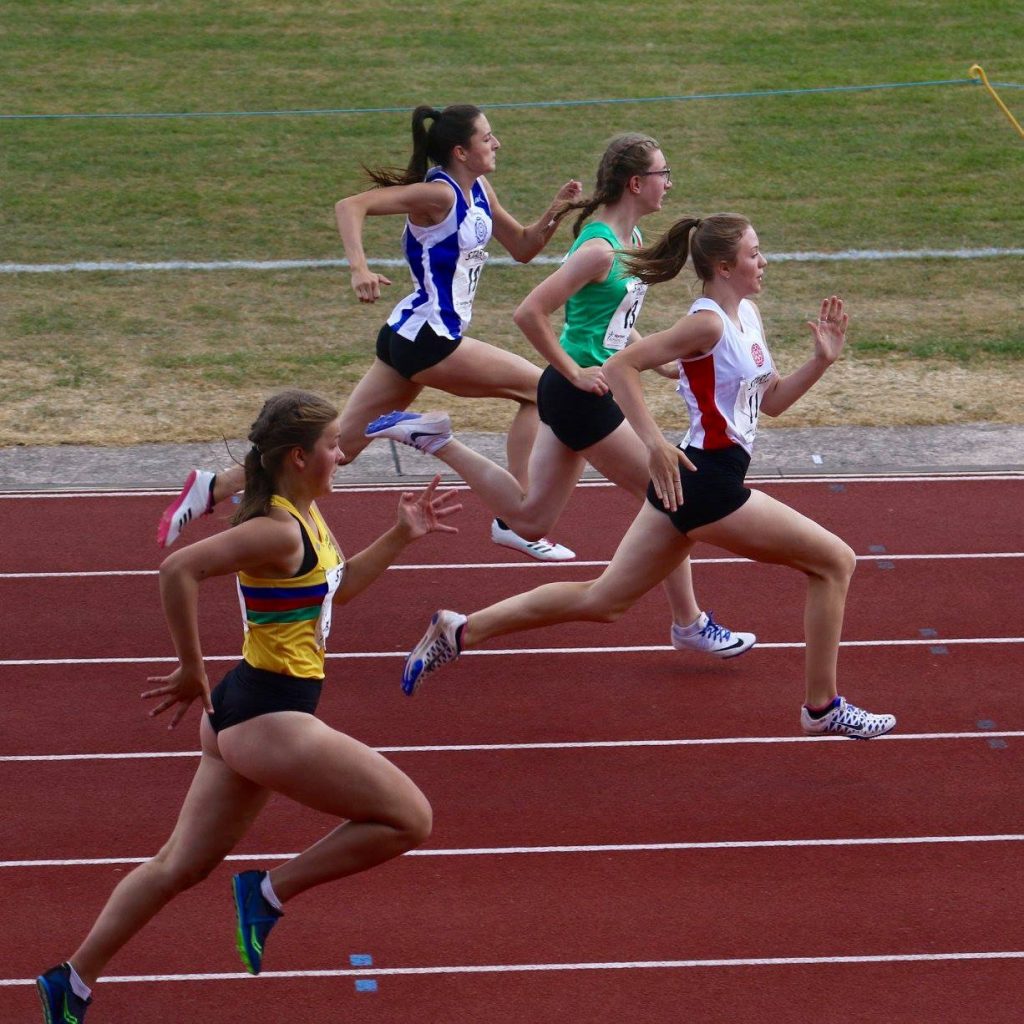 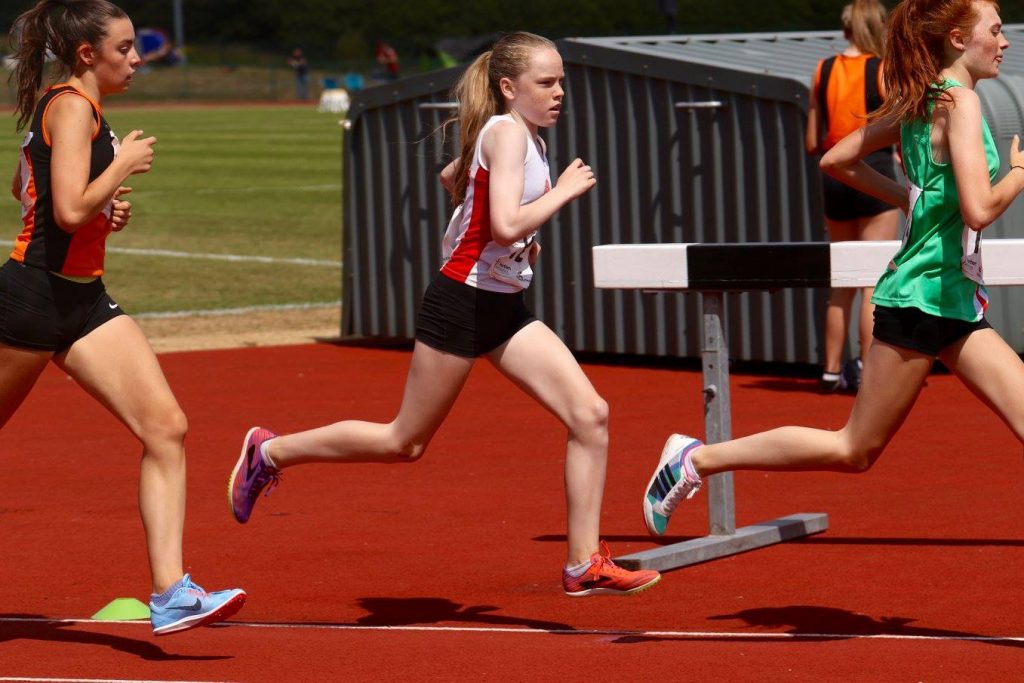 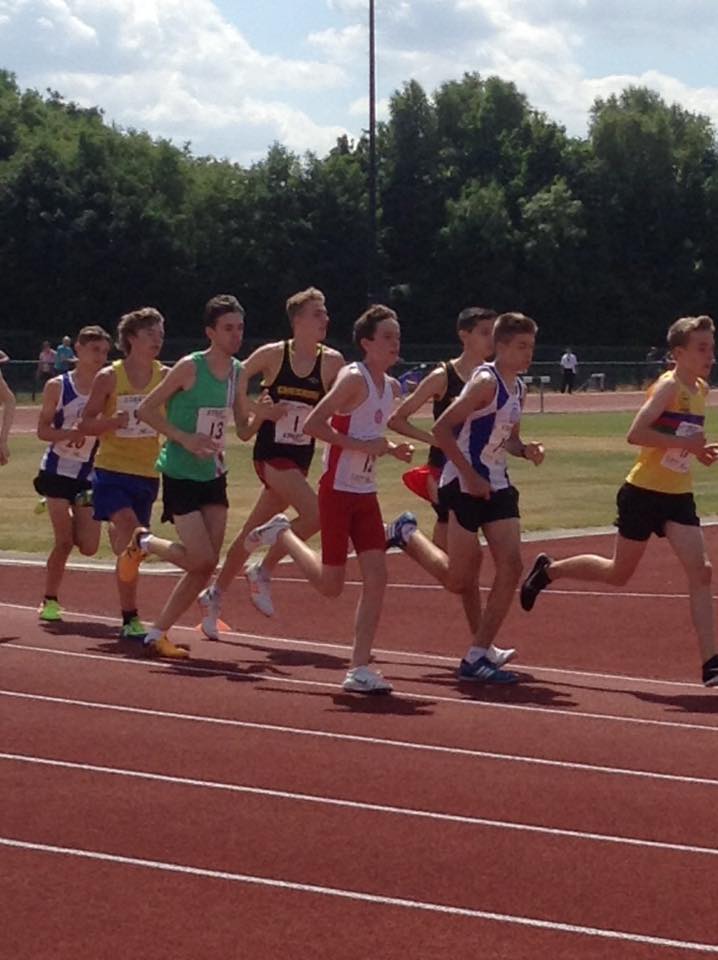