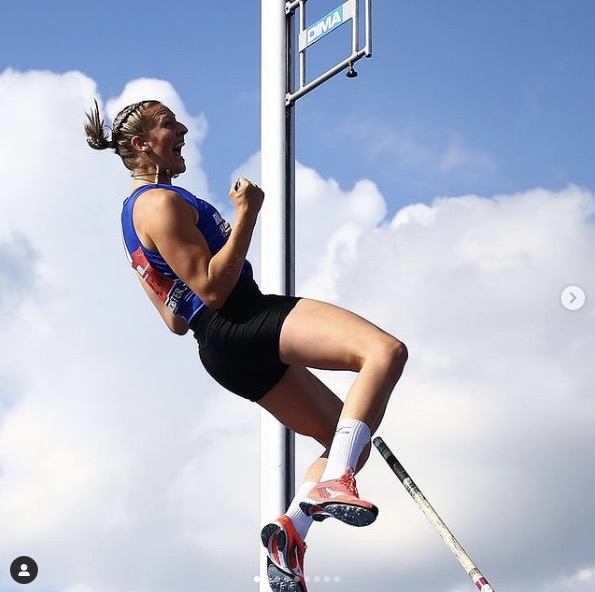 Day 2 of the British Track & Field Championships (incorporating the Olympic Trials) saw Blackburn Harriers – Holly Bradshaw – produce a stunning performance – setting a New British Record, becoming British Champion, set a New Personal Best, move to No.3 in the World Rankings and book her seat on the plane to Tokyo for her third Olympic Games – what a weekend for Holly as she took the British Pole Vault Title with an amazing 4.90m clearance.

Holly came into the competition at 4.55m, clearing on her second jump, passed 4.63m and went straight to 4.70m, again clearing the height on the second attempt. Next height was 4.83m which she cleared first time and then on to 4.90m, clearing that too at the very first attempt. Holly’s delight in this latest of many, many achievments can be seen in the video as she bounds across the track – an absolute joy to see and for everyone at Blackburn Harriers watching it, amazing to see our blue & white vest soar so high. 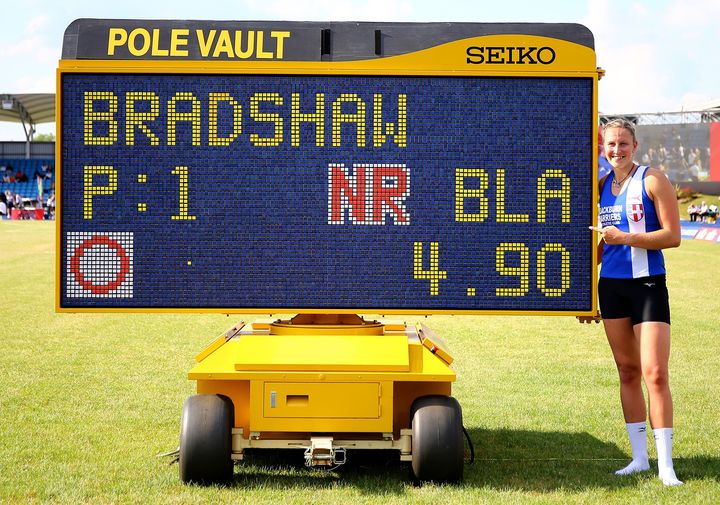 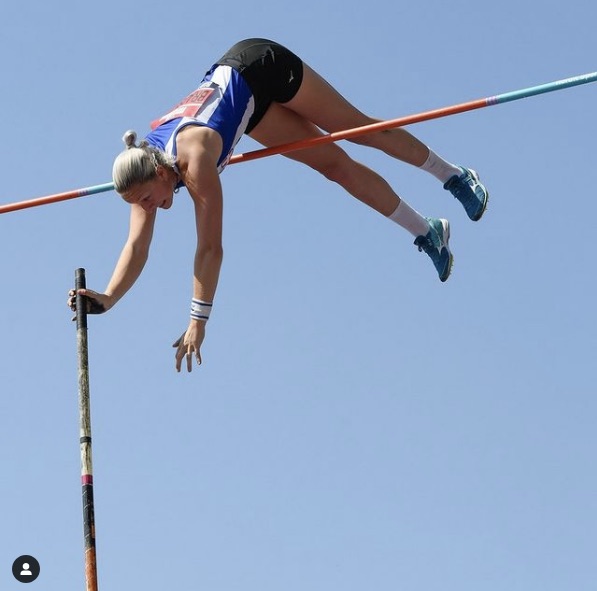 Then on Day 3 of the Championships/Olympic Trials, another stunning performance by Blackburn Harrier – Jess Judd – who has also had an amazing year following the interruptions of Covid restrictions and lockdowns. Having already secured the qualifying time for both the 10000m and 5000m – the 5000m on May 9th at the USATF Golden Games in the States (15.06.02) and the 10000m at the British and European Cup Championships in Birmingham on June 5th (31.20.56) – Jess was looking to cement that 5000m place at the British Championships by placing in the first two.

Jess went into the Championships ranked 2nd in the 10000m and 4th in the 5000m with Eilish McColgan at No 1, Verity Ockenden at No.2 and Amy-EloiseMarkovc at No 3 – both  Ockenden and Markovc up against her in the Olympic Trials. Markovc led through the first 4k with Jess and Ockenden in close proximity and it couldn’t have been much closer at the end as Jess took the win in a time of 15.10.02, just half a second in front of Markovc in 2nd place (15.10.54) and Ockenden in 3rd (15.12.24).

What a year for Jess. New personal bests at 5000m and 10000m, British Champion at 5000m, Olympic qualifying times for both 5000m and 10000m and on the plane to Tokyo for her first Olympics. All of those years of training, of ups and downs, of hard work, of sheer determination to succeed, has paid off for Jess as she looks forward to representing her country at the pinnacle of athletics competition – The Olympics. 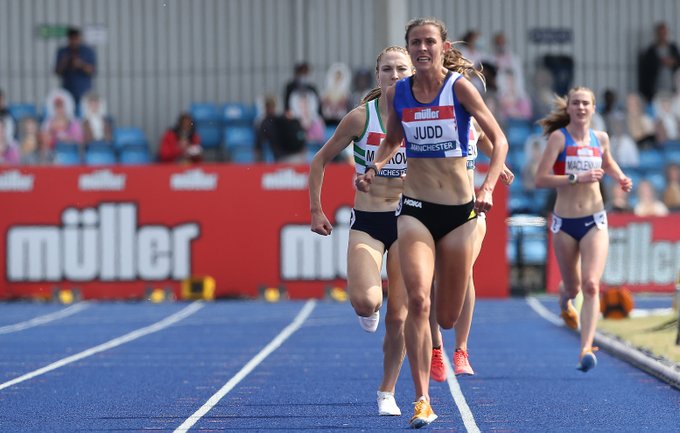 Toptal and sheer determination to get to the line first