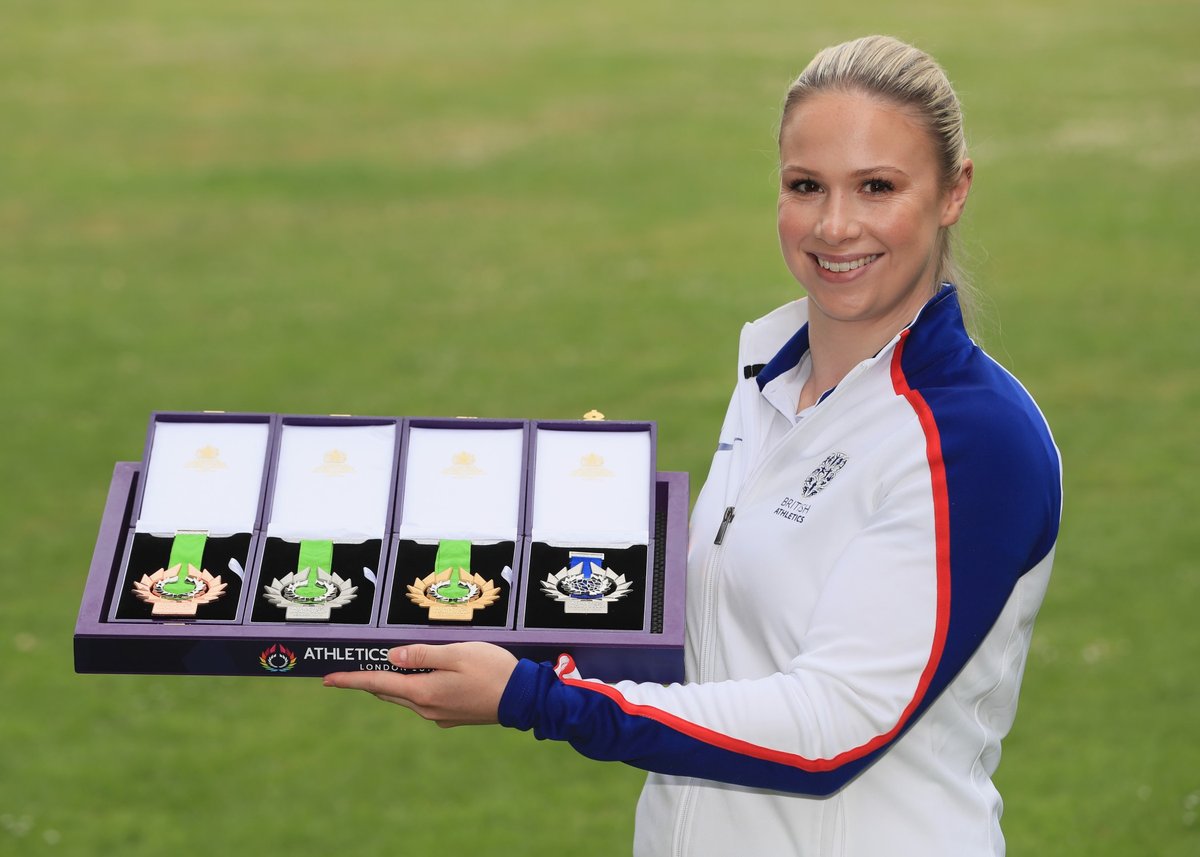 Holly Bradhsaw and Sophie Hitchon are both in good form approaching this years British Championships being held at the end of the month. Holly was competing at the Athens Street Vault in glorious sunshine at the weekend against some of the best vaulters in the world and cleared 4.66m to finish joint 3rd with Kyriakopoulou behind Stefanidi who cleared 4.80m and Silva (7.73m). Sophie was at the IAAF World Challenge Meeting – Madrid June 23rd – finishing 6th in the 12 strong field with a best throw of 71.13m. (MADRID RESULTS) 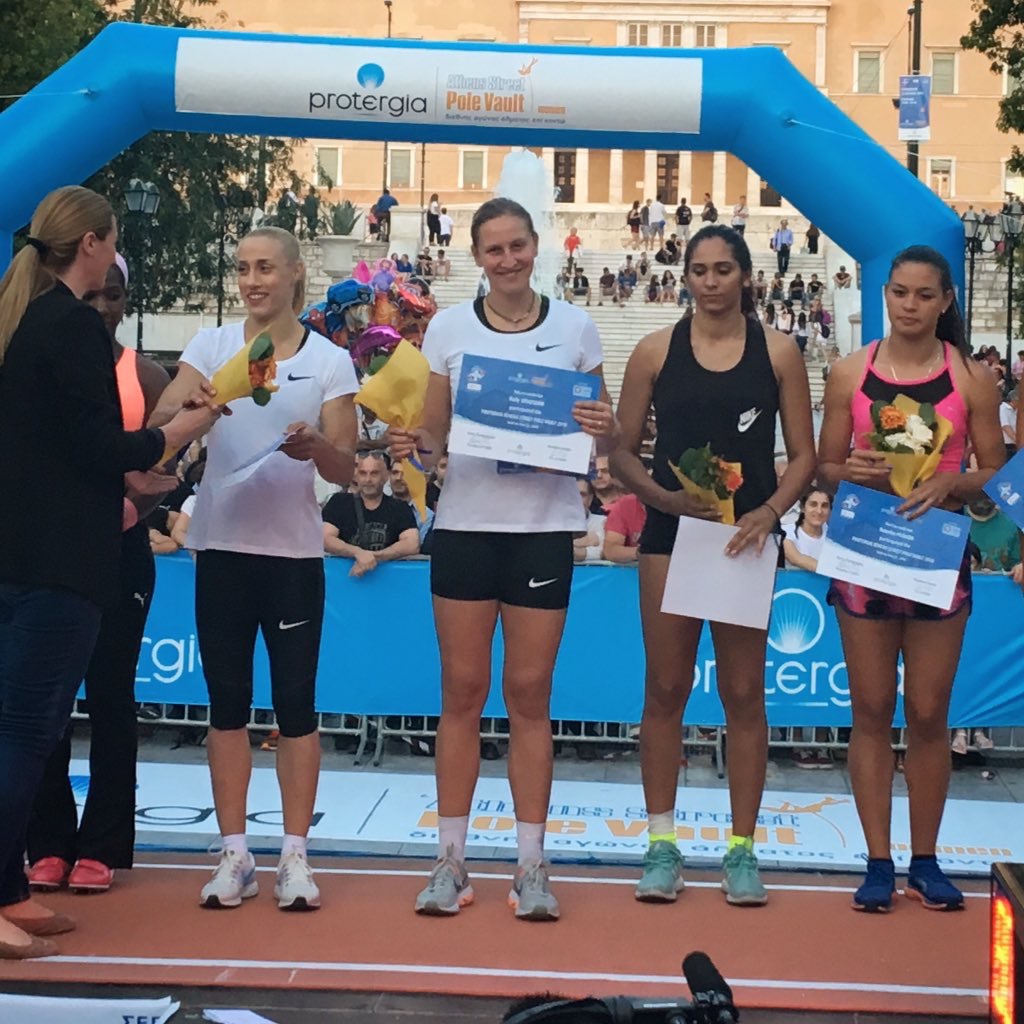 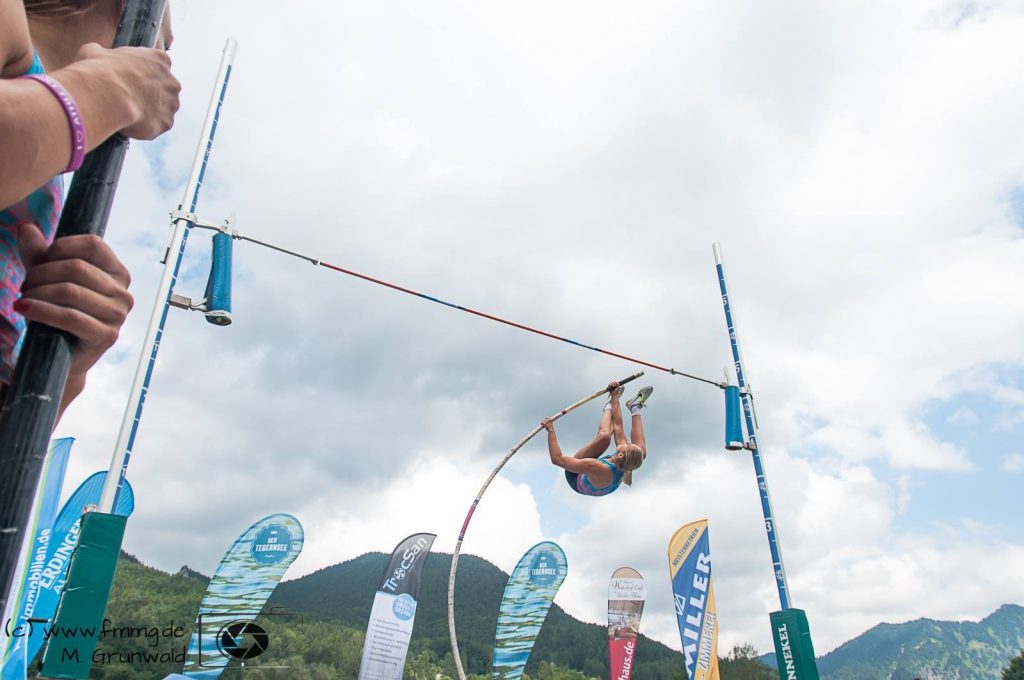 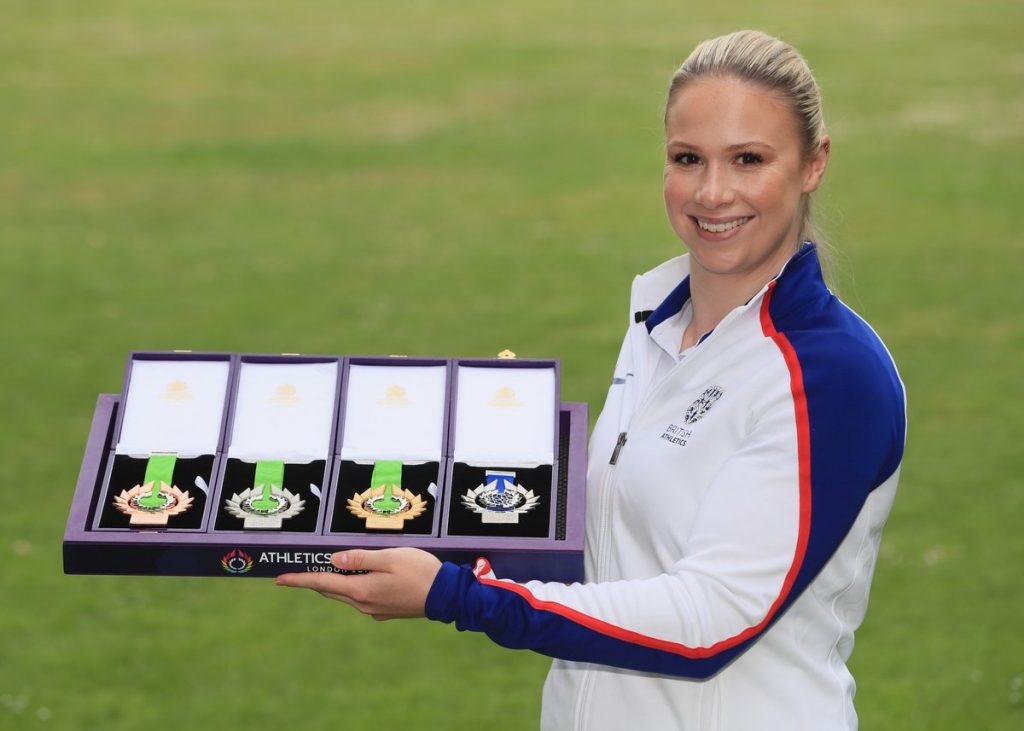 (Sophie unveiling the Medals for the forthcoming Athletics World Cup)

Tim Raynes entered another quality BMC at the weekend – this time at Lougborough in the 5000m. Running in the ‘B’ 5000m Tim set another new PB by a couple of seconds to finish 21st in a time of 14.41.83 as the winner clocked 14.18.25. After recording his latest new personal best, Tim spoke to the Club saying “Going into the race with one of the slowest PBs in the field, I knew it was going to be a case of trying to hold on to the pace for as long as possible. As the race unfolded, it proved to be the case. I ended up running it in a very similar way to the race at Sportcity last month, just going through 3k a second quicker at 8:44 but then struggling a bit over the last 2k. Felt good early on, but had to really dig in the last few laps (particularly as I ended up isolated from the main pack) to make sure I could come away with a PB. Think it’s a pretty fair reflection of my current fitness. Just hoping to get an opportunity later in the summer to be able to try and edge closer to the 14:30 mark.”

Jess Judd had a clear victory at the same meeting as she won the Women’s ‘A’ 1500m by nearly four seconds coming home in a time of 4.10.76 ahead of the thirteen strong field. Commenting to the Harriers after the Race, Jess told us “It was probably the best I’ve felt all year, really happy with the race and more importantly winning a race! Excited to see if I can move on from here but just happy to be healthy and fit at the moment”.

Rob Warner didn’t quite have the race he was envisaging as he finished with a time of 3.53.77 in his 1500m race and was his usual critical self as he explained the evenings events afterwards “Not pleased with my race at all really, looking back on it I put too much pressure on myself to get the time for the Champs next week and I ended up far too nervous. I can’t put it down to too much else as I’ve had an easier week and felt good going into the race. Guess it’s something to learn for the rest of the season and if a 3:53 is a bad result then I guess it shows how far I’ve come in the last couple of years. On the bright side, really happy to see Jess take the win and run a 4:10 virtually on her own!”.

James Marchant has run two 800m races recently settting a new PB in the first one and then equaling that time in the subsequent race. James contested the 800m again at Loughborough finishing 7th in a time of 1.55.31. 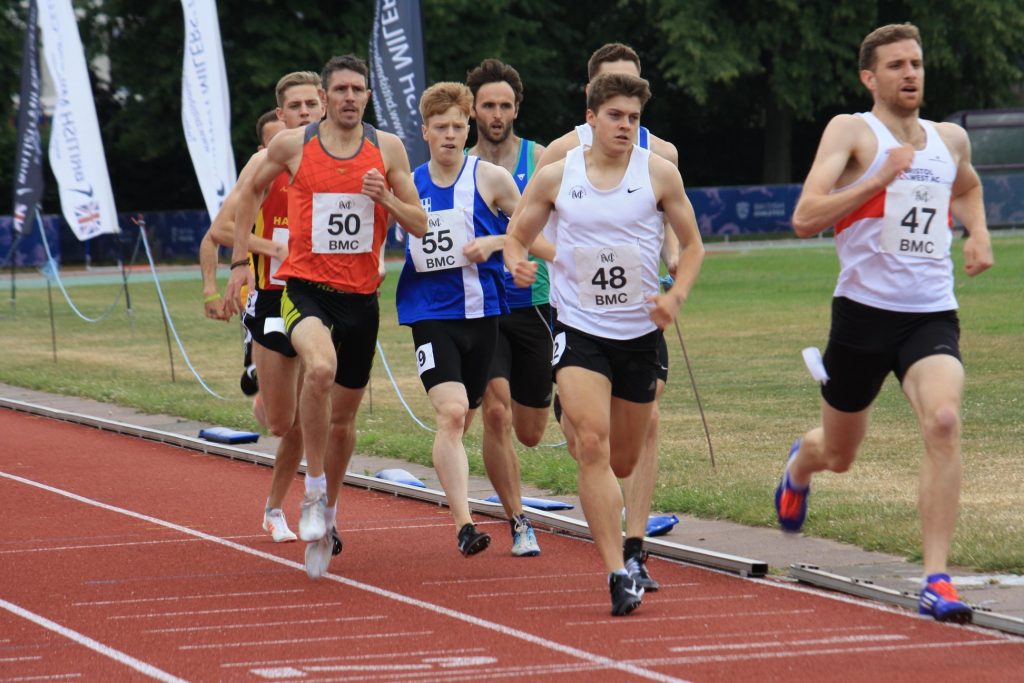 Having been cancelled because of bad weather earlier in the year, the rearranged Wilmslow Half-Marathon was run in completely contrasting weather conditions with temperatures up in the mid 20’s and well over two thousand runners completing the race won by Mohammd Abu-Rezeq in 66.44. Jack Hindle and Paul Guinan were in the race for the Harriers which saw Jack have a quality run to place 11th over all in a new PB time of 73.42 some twenty seconds faster than his previous best. Paul came home in 140th place with a time of 88.56 in his first race over the distance since March 2017.

After Jack had ‘cooled down’ he spoke to the Club about the Race and his reflections on it commenting “t’s been over a year, since I last raced over the half marathon distance. And with my running going well over the past couple of months, I thought I would make the most of a break in the triathlon schedule and run at the rescheduled wilmslow half. I had set out to run sub 73, but quickly realised that the heat on the day, may play a factor. Initially I set out with a strong group of around 6 athletes, holding a strong pace. After around 4 miles, I became detached from the group and more or less ran the rest of the race on my own. With about 5 to go, I really started to struggle, and knew that the target time was slipping away. In the end I finished with 73.43, which is a PB. So I can’t be too disappointed, especially in those conditions. I know there is definitely a lot more to come over the distance, I just need to find the right race at the right time now. Well done to Guiny, who definitely suffered more than me. But a gutsy run to finish, shows he’s still got class”. 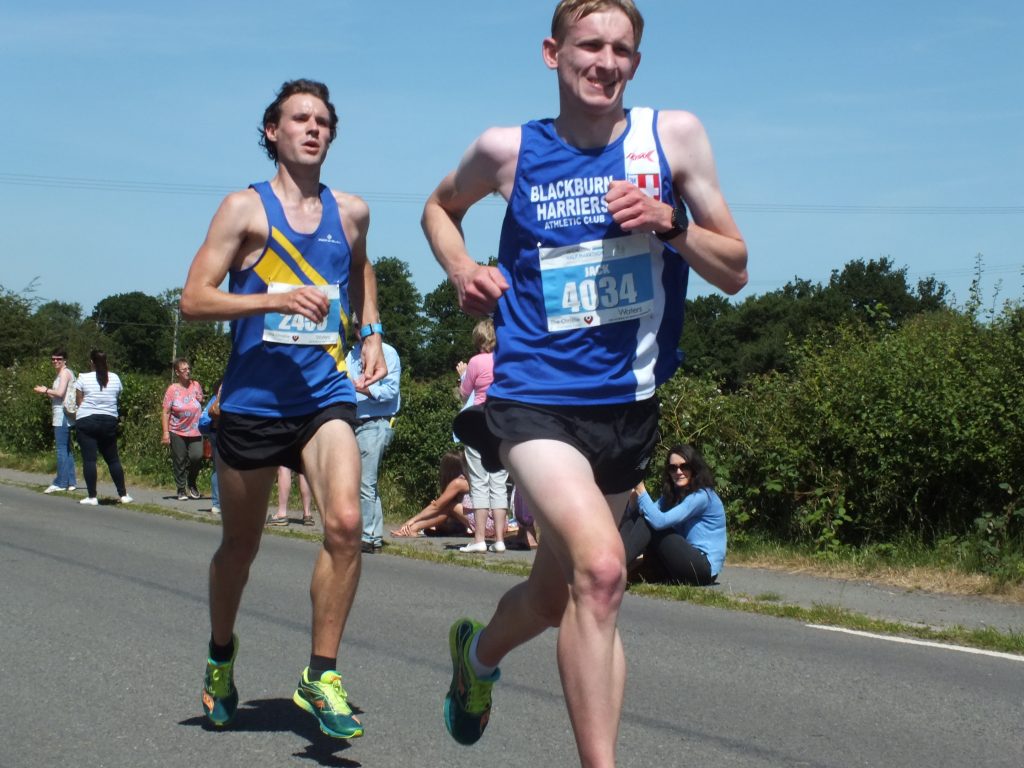 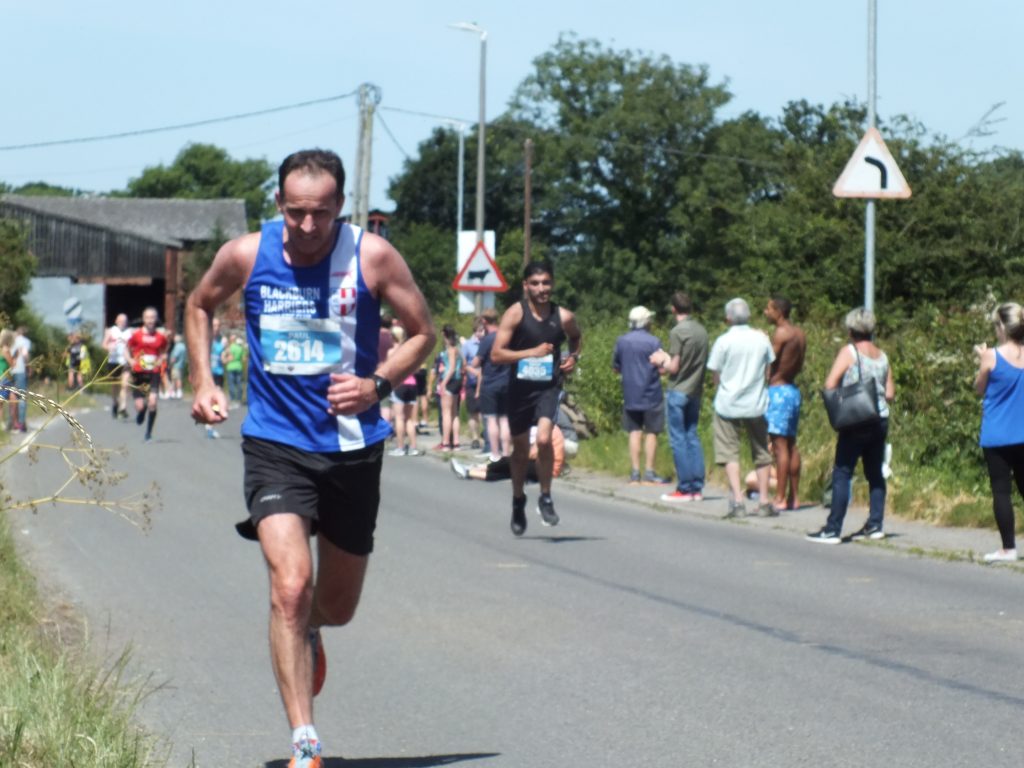 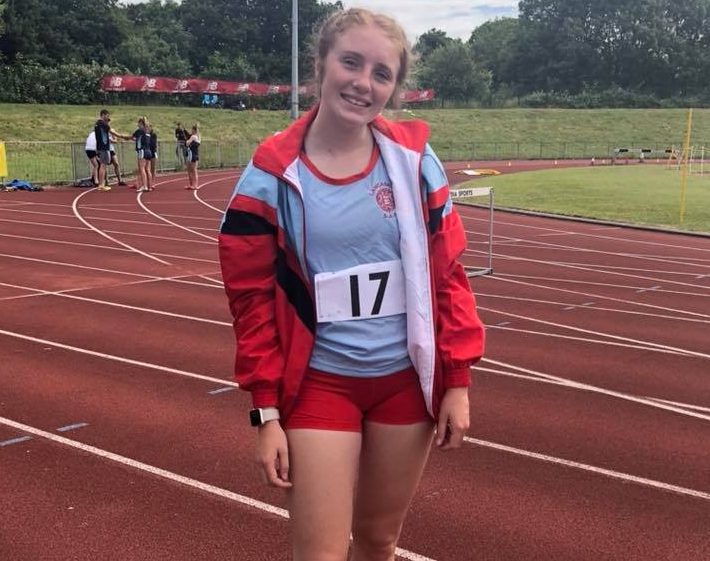 Liberty Thompson is bottom of age U17 and entered her first ever Heptathlon at the North West Combined Events Championships at the weekend which saw her finish in 14th place with a combined total of 2691 points.

The seven events undetaken by Liberty covered the 200m, 800m, 80m Hurdles, High Jump, Long Jump, Shot Putt and Javelin, providing a stiff test of all round athletic ability over the two days. 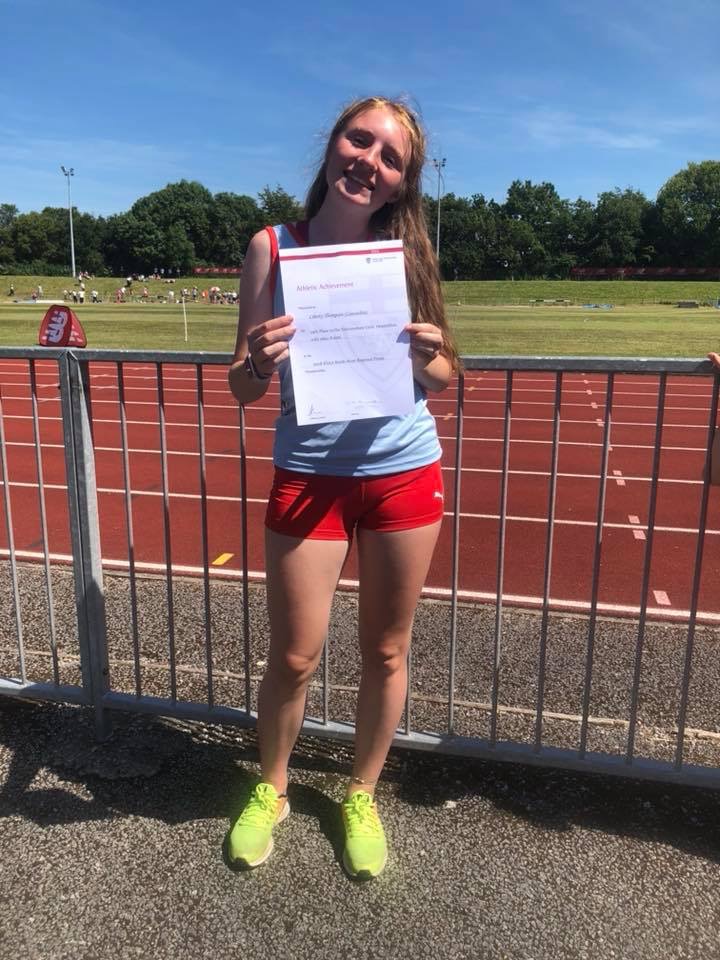 What a great day and fabulous performance for one of the Harriers younger athletes – William Grundy. He entered the Cholmondeley Castle Triathon and won the 8 – 10yr old Cedar Trophy.

William headed the field of one hundred and sixteen youngsters to take the Trophy in a time of 20.32min just two seconds in front of 2nd place. 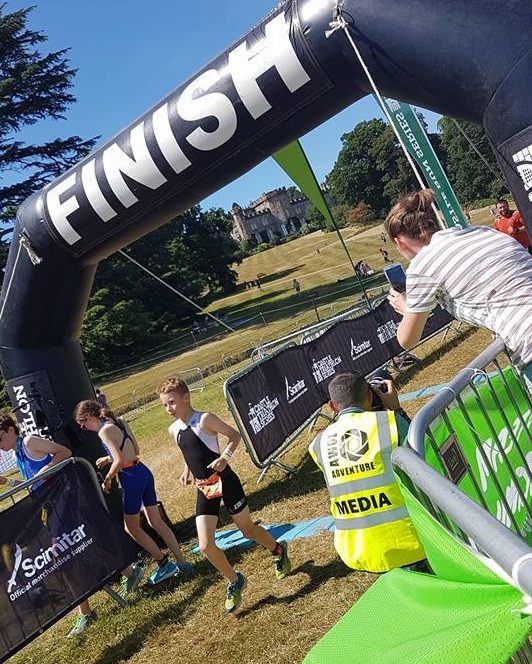 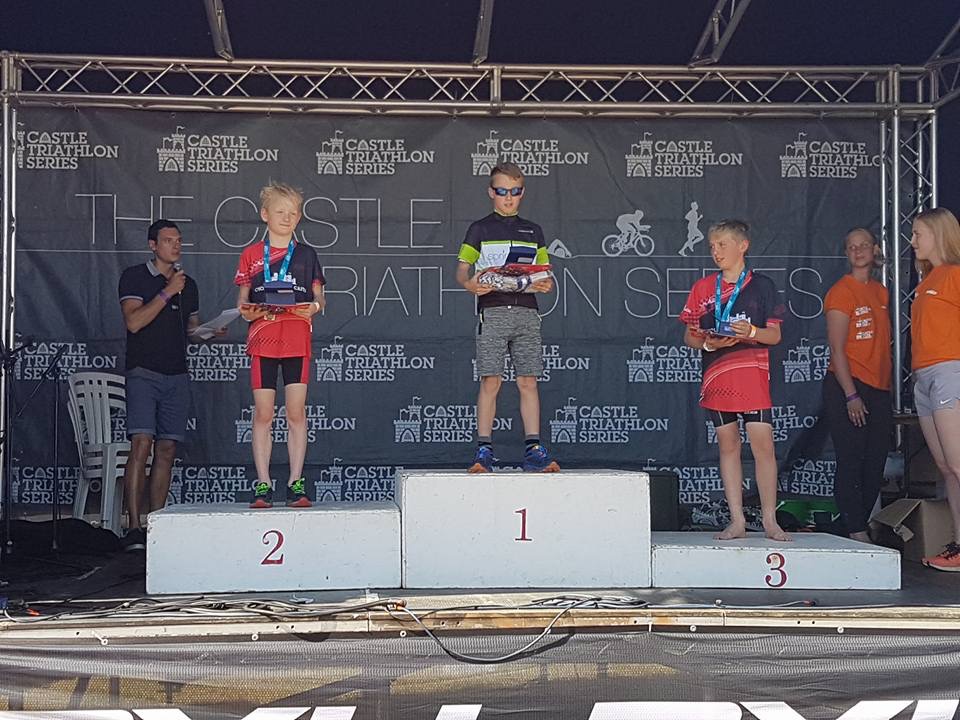 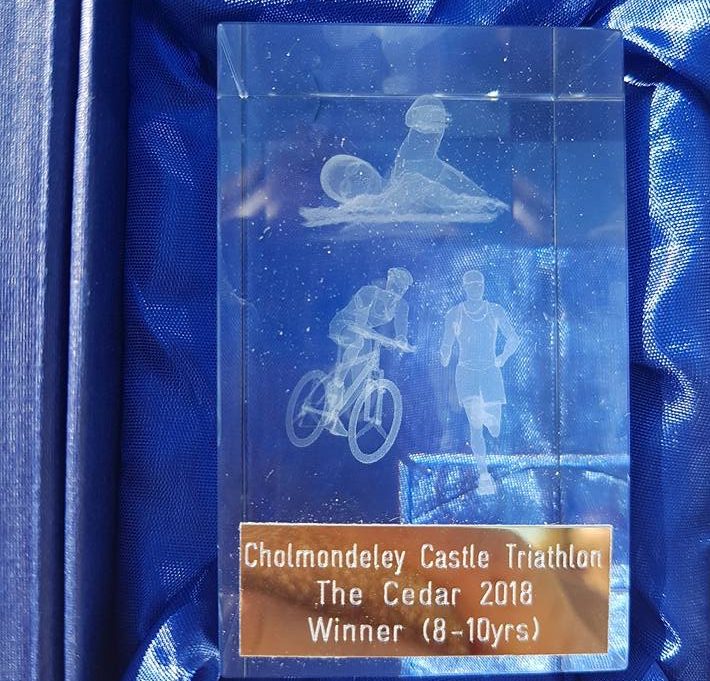