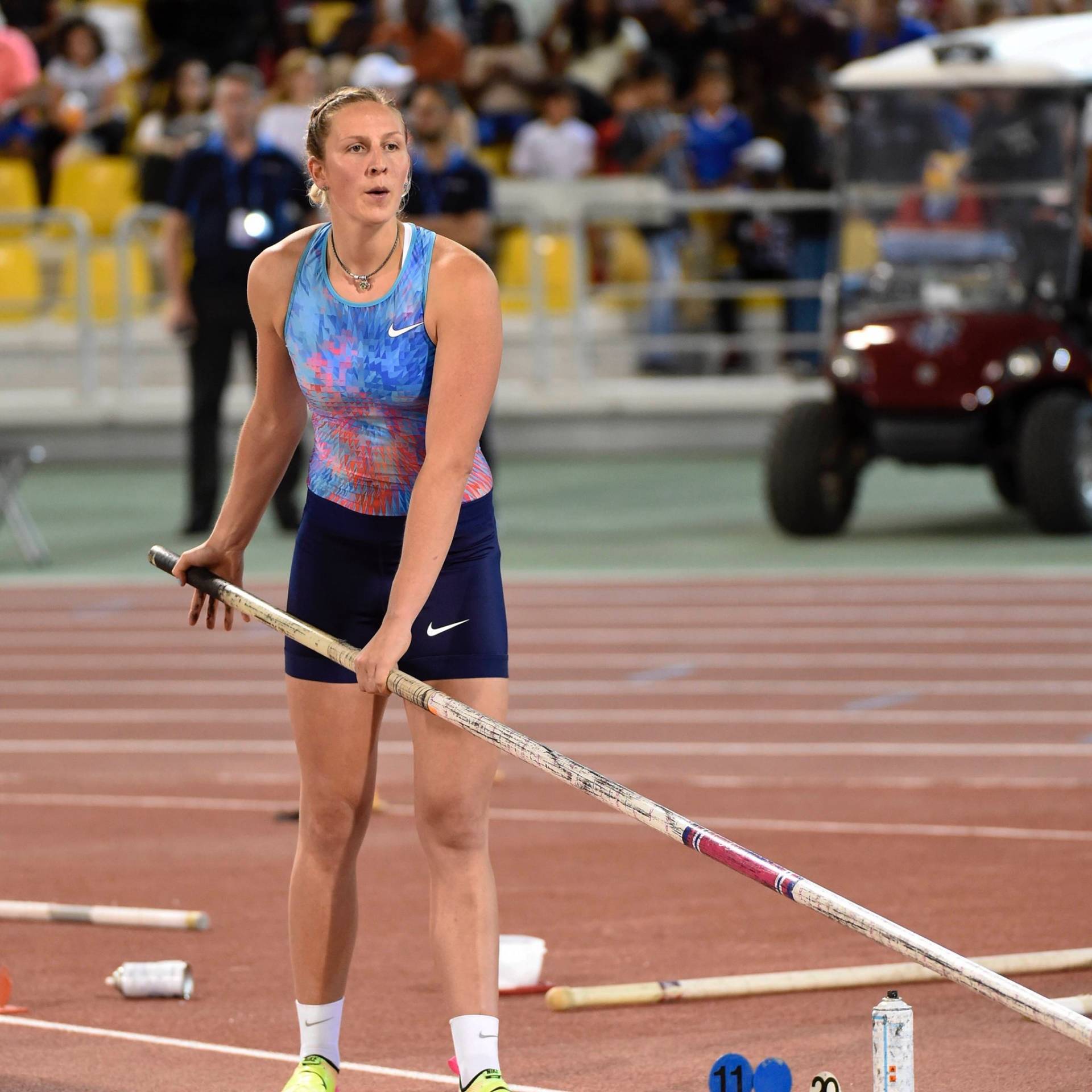 The first Diamond League fixture of 2018 took place in Doha on Friday May 4th which featured Blackburn Harriers Holly Bradshaw in the Women’s Pole Vault.

Holly cleared 4.64m at her first attempt and then went on to try and clear 4.74m. Sandi Morris from the US ran out the eventual winner clearing 4.84 with four athletes – Holly Bradshaw, Katie Nageotte, Nikoletta Kiriakopoulou and Katerina Stefanidi all on 4.64m. Holly took the 2nd spot on count back which was a very good result in a field containing some of the worlds best women pole vaulters. 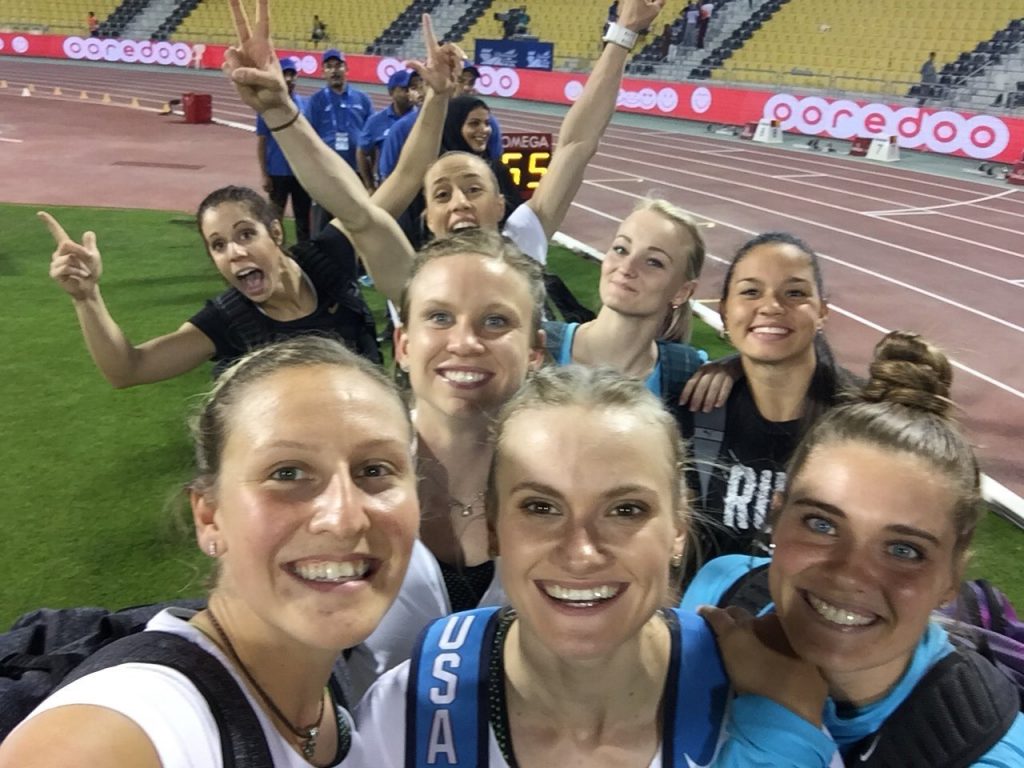 (Holly with the other Pole Vault competitors in Doha)

It was a blistering day and those athletes who turned up to run the Keswick Half-Marathon knew they were in for a ‘roasting’ – all seven hundred and thirty three of them. Chris Arthur was a comfortable winner of the race clocking a time of 73.30 which is extremely impressive given the nature of the course and the weather conditions on top. He was nearly eight minutes in front of the second and third placed runners – Gareth Pritchard (81.19) and Sparrow Morley (81.56).

After the Race, Chris shared his thoughts with the Club, telling us that it was “Another brilliantly organised race in the North Lakes with a tonne of support out on the route. Certainly not a PB course but I doubt there’s a more scenic one in this country. Pace was pretty much where I wanted it half way, with the intention of picking it up in the (relatively) flatter second half. Unfortunately my legs had other ideas and it became a slow plod back into Keswick. Whether the heat sapped all my energy or I’d overestimated how much there was in the first place I couldn’t say… still, it was all I had yesterday so I can’t ask for more than that”.

Two hundred and forty seven runners turned out at Coniston this year in the heat of the Bank Holiday weekend. Ian Holmes won the Race comfortably in 1hr 15.22 from Peter Davis in 2nd place (1hr 20.54).

Blackburn Harrier Steven Snape who has been in very good form on the Fells this year, maintained that as he finished 5th in 1hr 22.38. However, and unfortunately, taking a wrong line cost him the chance of 2nd spot as he explained to the Club after the Race “Fantastic day racing in the lakes. I held onto the legendary Ian Holmes for the majority of the race until the last descent where I lost touch of him and from there I lost a lot of time taking a wrong line and slightly lost which cost me a lot of time and a further 3 places. I will learn from it but I’m feeling strong ready for the inter counties in 2 weeks”. V50 John Orrell ran the Race too, finishing in a time of 2hrs 09.21 in 220th place. 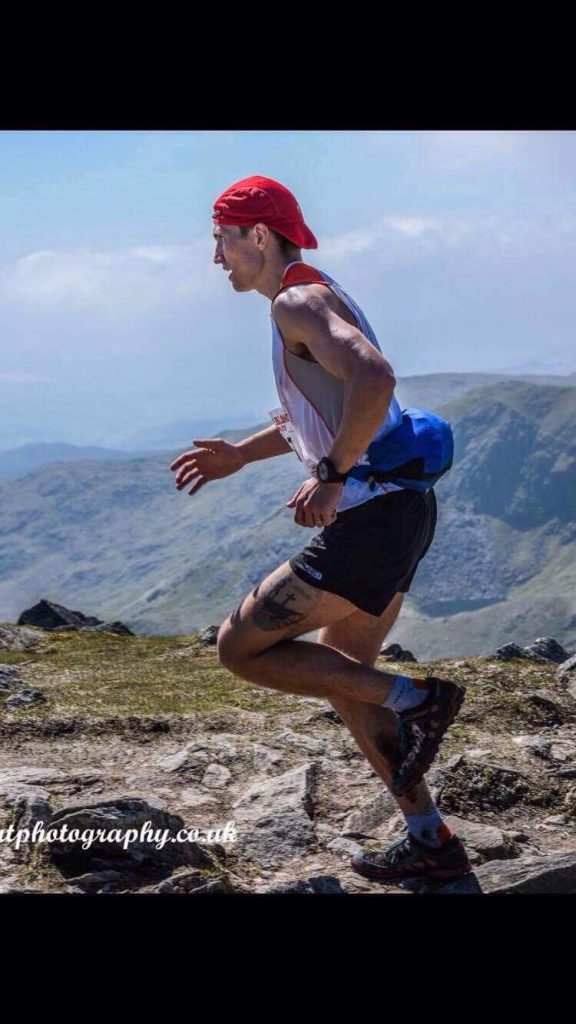 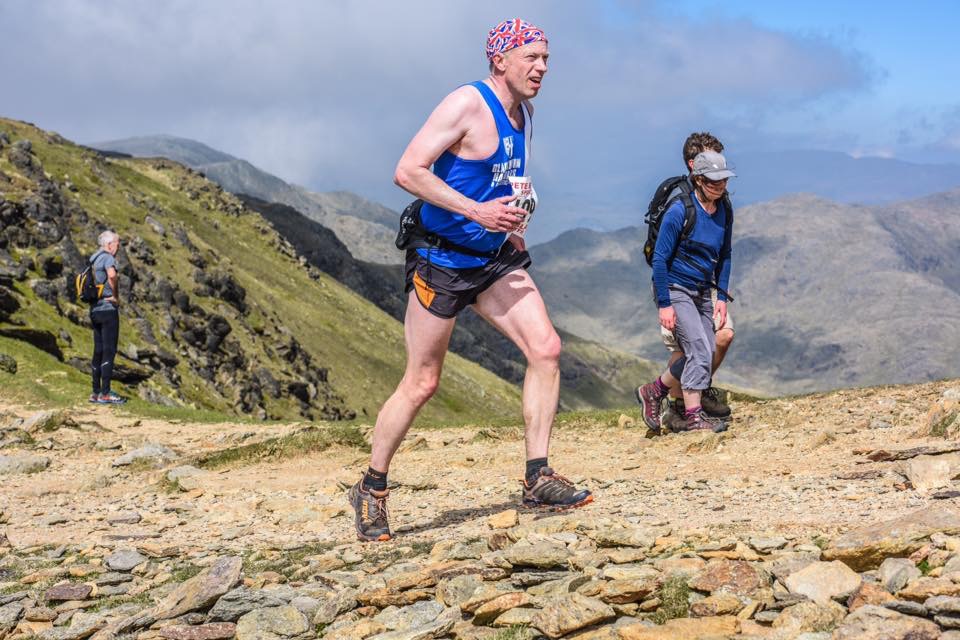 The British University T&F Athletics Championships are one of the highlights of the year when some of the Best young athletes in the country get selected by their Universities to compete against one another and this year, at Bedford.

Joe Howe set a new personal best for himself in the 3000m Steeplechase race on Saturday, posting a time of 10.06.40, qualifying for the Final which was held on Monday. Joe was ill all over the weekend but still ran the Final rather than withdraw, clocking a time of 10.48.72 and afterwards Joe let the Club know how the weekend went for him saying that he “had a decent run on Saturday in the steeplechase qualifying for the final in 10.06. Unfortunately I was quite ill for the rest of the weekend and probably should have missed the race today – decided to run anyway and struggled around. A little disappointed because I know I should be able to run sub 10 but hopefully that’ll come later this season”.

The athletes spoke to the Club about their weekend experiences with Katie Buckingham telling us “I had a decent 1500m slightly off pb pace but still a good season opener, and an entertaining 4×400 leg in a team of cross country runners! Great weather, great team, great event, and a good way to end my 3 years running for UoN”……… Roxanne Oliver said that she “Made it to the semi’s in the hurdles and we came 5th in the 4x100m final! Left with an injured knee but I have thoroughly enjoyed my last ever BUCS outdoors”. 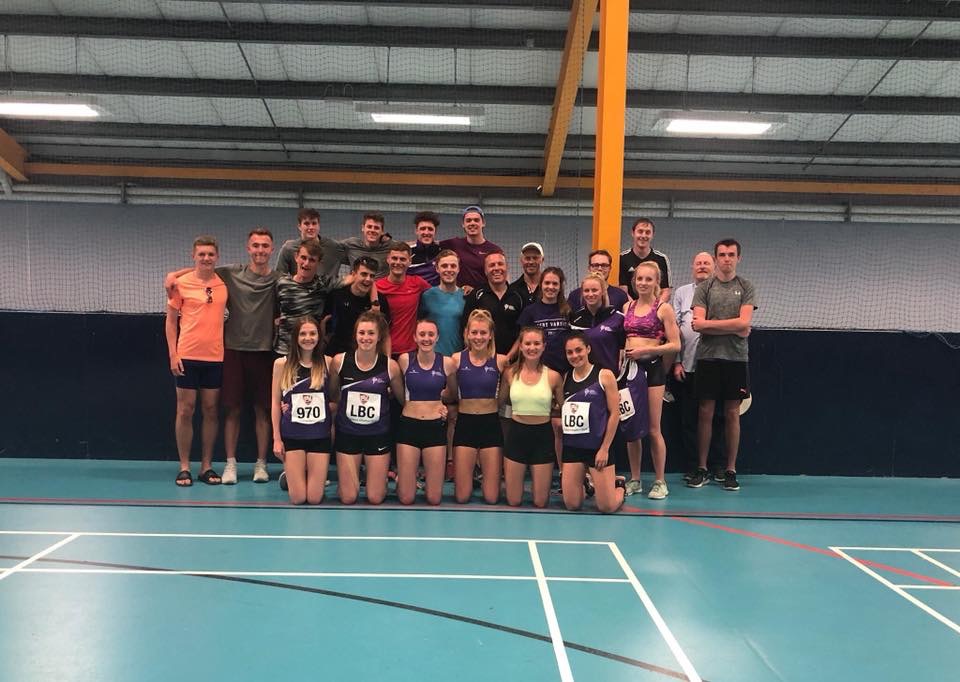 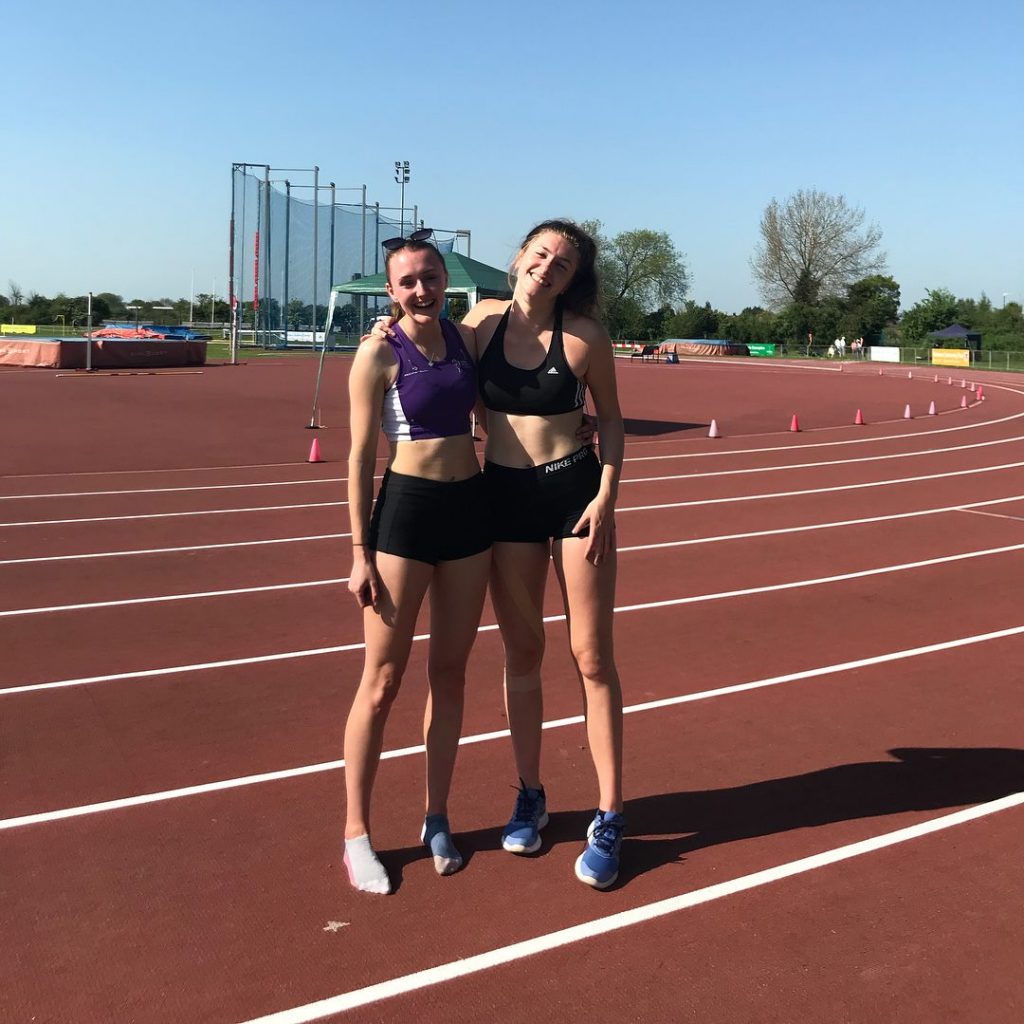 Morgan Angland commented “due to an injury I pulled out of my hurdles. But I enjoyed my first experience of BUCS and looking forward to coming back injury-free”……...Elleen Sagar-Hesketh said “Well it was an okay run out, still early season really so lots of time to get my time down”. 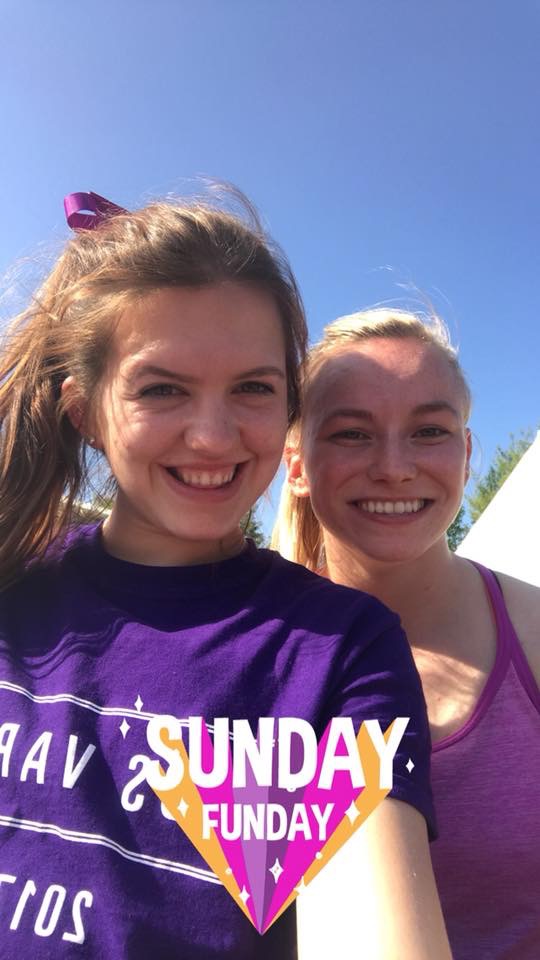 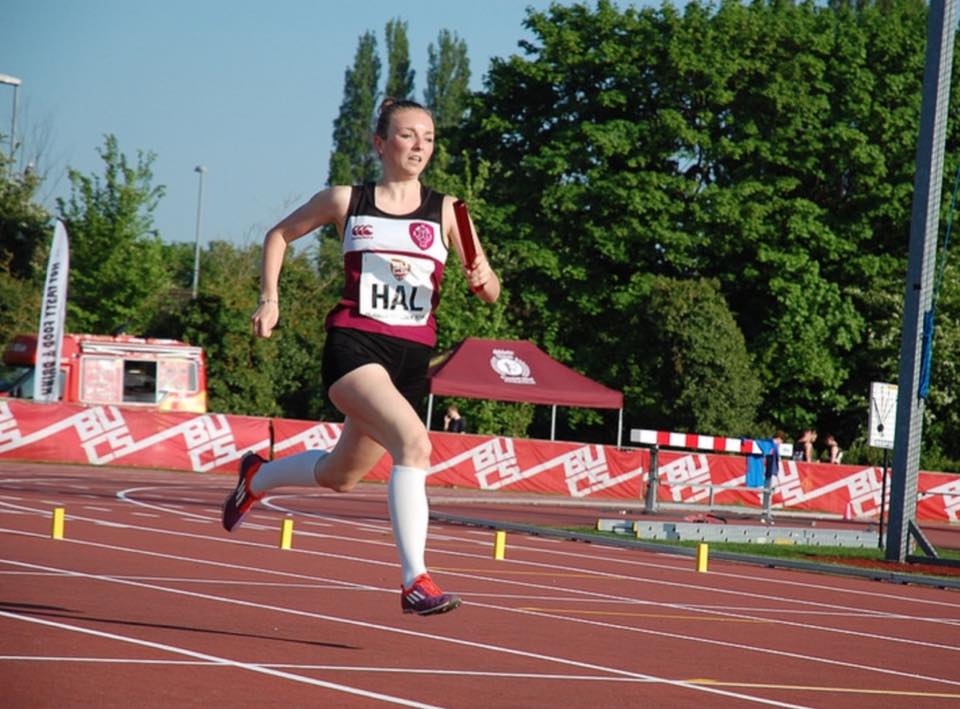 Jan Buckingham has recently taken up competing in Duathlons, the latest one being the Clumber Park event which had been rearranged after falling foul of the ‘beast from the east’. Jan competed in the Sprint Duathlon and came home in 260th place out of a three hundred and twenty four strong field, posting a combined time for the two runs and bike ride of 1hr 28.39.

Speaking to the Club after having been caught on the M62 traffic jam for six hours!! an exasperated Jan told the Club that she “Had a go at the Clumber Park Duathlon today. A fantastic rearranged event from March, as it was postponed due to the weather. Needless to say, it was glorious, even a bit warm really. Was especially pleased with my bike element as not raced at that pace before. The two runs were expected as I only have one ‘slow’ speed!” 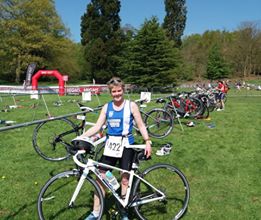