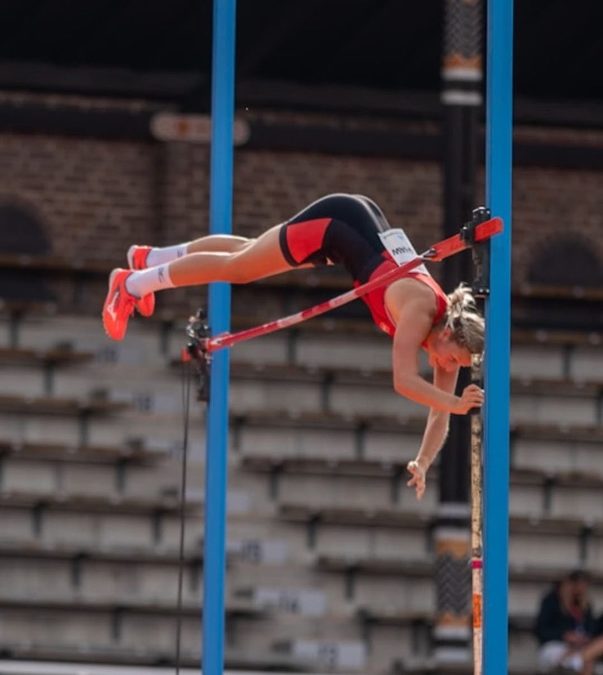 Congratulations to Blackburn Harrier Holly Bradshaw who registered her first Diamond League win in Stockholm on Sunday. The conditions for Pole Vaulting were hardly the best with a swirling wind affecting all the athletes, but Holly handled them the best and watched by her Coach – Scott Simpson – she won the competition with a clearance of 4.69m.

The Win in Stockholm’s Diamond League Meeting adds another milestone to her already impressive career. In such unusual times, Holly has now competed in four International Pole Vault Competitions in the month of August — registering a win (4.73m) and second place in Finland (4.63m), a win in Poland (4.70m) and now a win in the Diamond League with 4.69m.