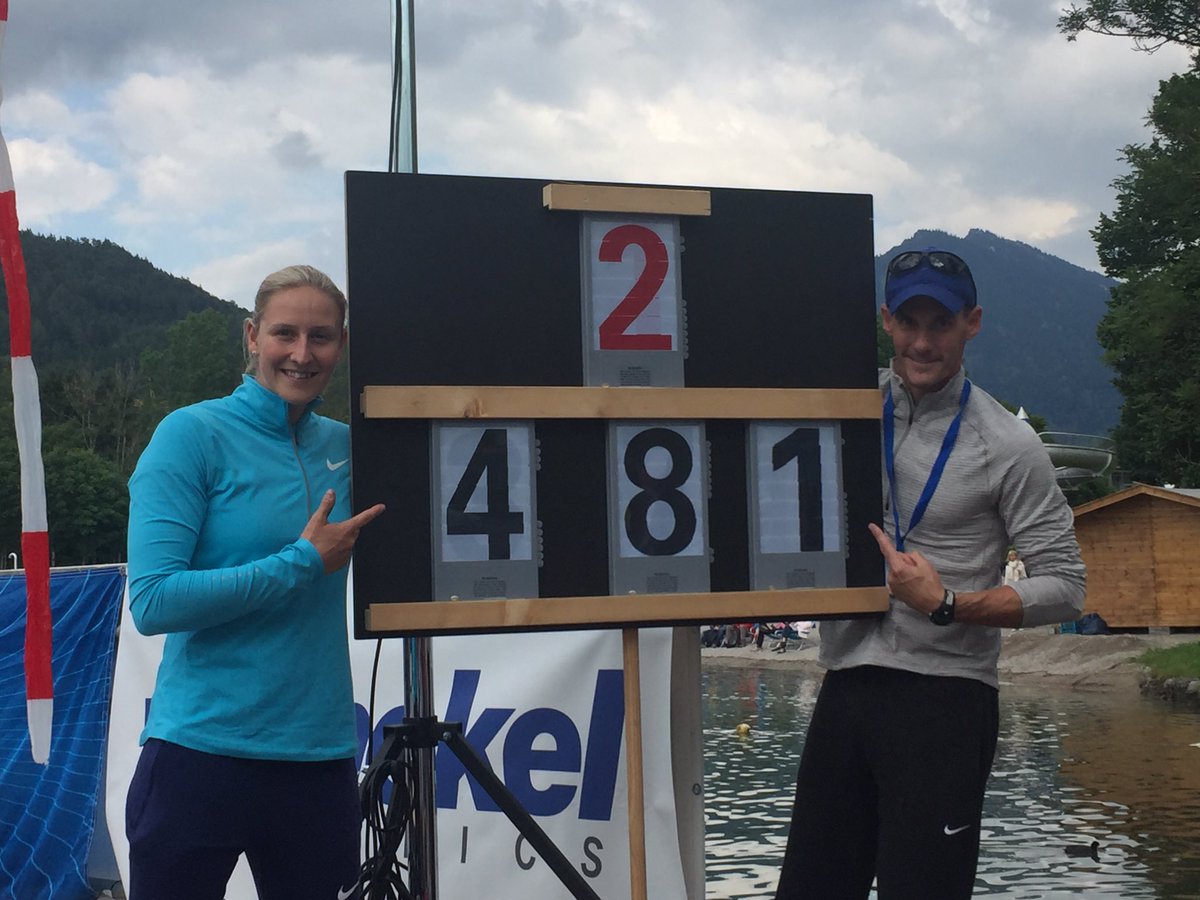 On May 6th 2007 Holly Bradshaw cleared a height of 1.90m in the Young Athletes League at Derby whilst competing for Blackburn Harriers as a bottom of age U17. By the end of that particular Track & Field season she had improved her height to 2.30m achieved in the Northern League at Preston on July 7th 2007.

Ten years later as a Senior Athlete – last Friday – July 14th 2017 – Holly won the Pole Vault at the Stabhochsprung Meeting in Rottach-Egern, Germany with a clearance of 4.81m. In the meeting she came in at 4.45m and cleared it the second time, cleared 4.55m again the second time and then cleared 4.65m and 473m on the first jump. Moving on to 4.81 Holly cleared that at the second attempt before going for 4.90m. Holly has already cleared 4.80m this year too and has a life time best of 4.87m (Indoors). Her clearance of 4.81m in Germany broke her own Outdoor National Record.

Holly is a gifted and talented athlete, but as with all athletes who achieve world class standards as she has done, a hugely important part of their success is mental strength, toughness and dogged determination in the face of all of the things that undo the hard work that has been put in. Injuries, the scourge of all athletes, are no stranger to Holly who has had to battle against the odds on more than one occasion for as he says herself “During each of the past four years, I’ve had a surgery. I’ved faced some horrible injuries. It has been relentless.Yet at no stage have i ever doubted myself”.

This is why Holly is a world class athlete, why she has appeared in two Olympic Finals and is now going into the forthcoming World Championships fighting for the Medals. She serves as an inspiration to all athletes and proves that with mental tenacity and the right support, injuries, serious injuries can be overcome and the march to world world class performances gets interrupted – not halted. She serves also as an inspiration to youngsters throughout the sport. Holly’s journey, set backs and all proves that you can achieve, you can excel and be the very best. 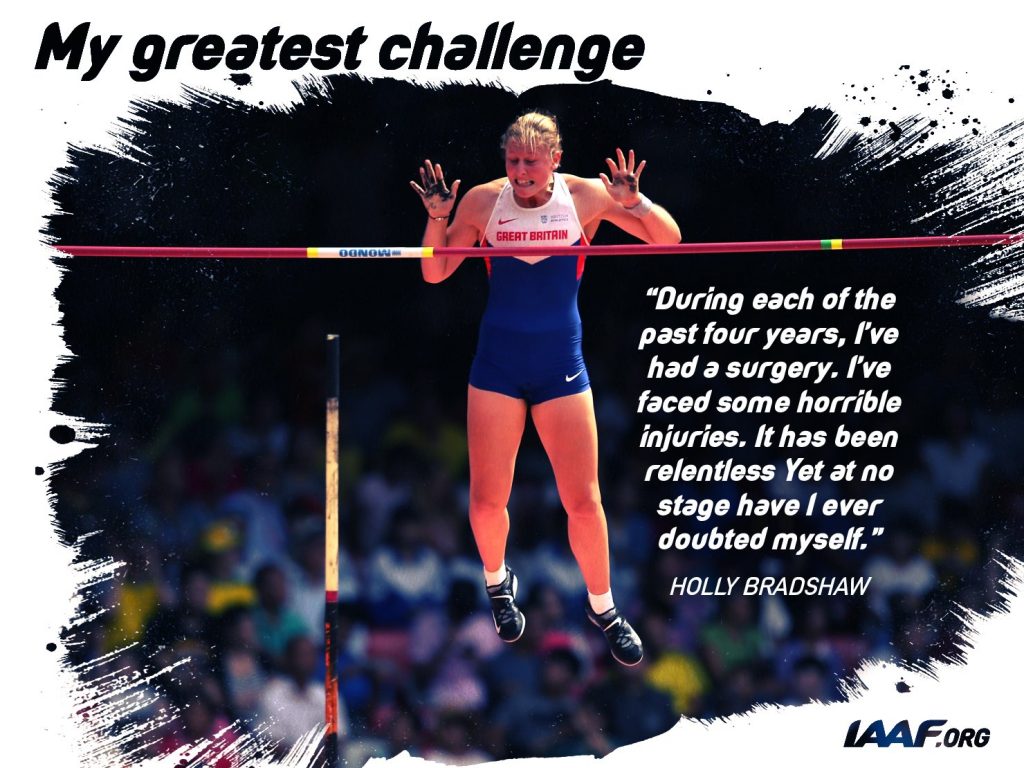