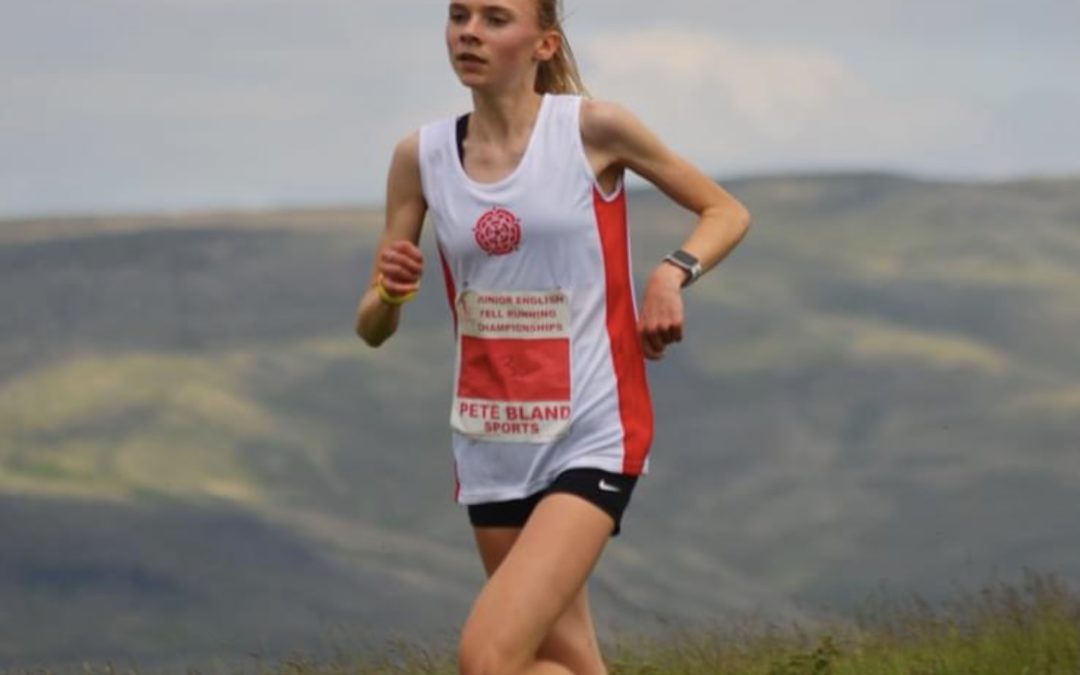 Isabel Holt – Izzy as we all know her – was selected to represent Lancashire in the British Junior Inter-Counties Fell Championships. The Race took place on Sunday June 13th as part of the Up The Nab Junior English Championship Fell Race for U15, U17 & U19 age categories. Izzy had qualified for the Lancashire Team, due to her run at the West Nab Fell Race held on May 29th.

Izzy had a great run. Her Race featured seventy eight athletes in a mixed race, in which she came home as the 3rd placed Woman in a time of 32.10 winning her the Bronze Medal, Jess Bailey (Cumbria) winning Silver (31.25) and Amelia Lane (Yorkshire) winning the Gold (29.46). A delighted Izzy told the Club after picking up her medal “I am so pleased and proud to get 3rd place and a medal in such a tough race.” 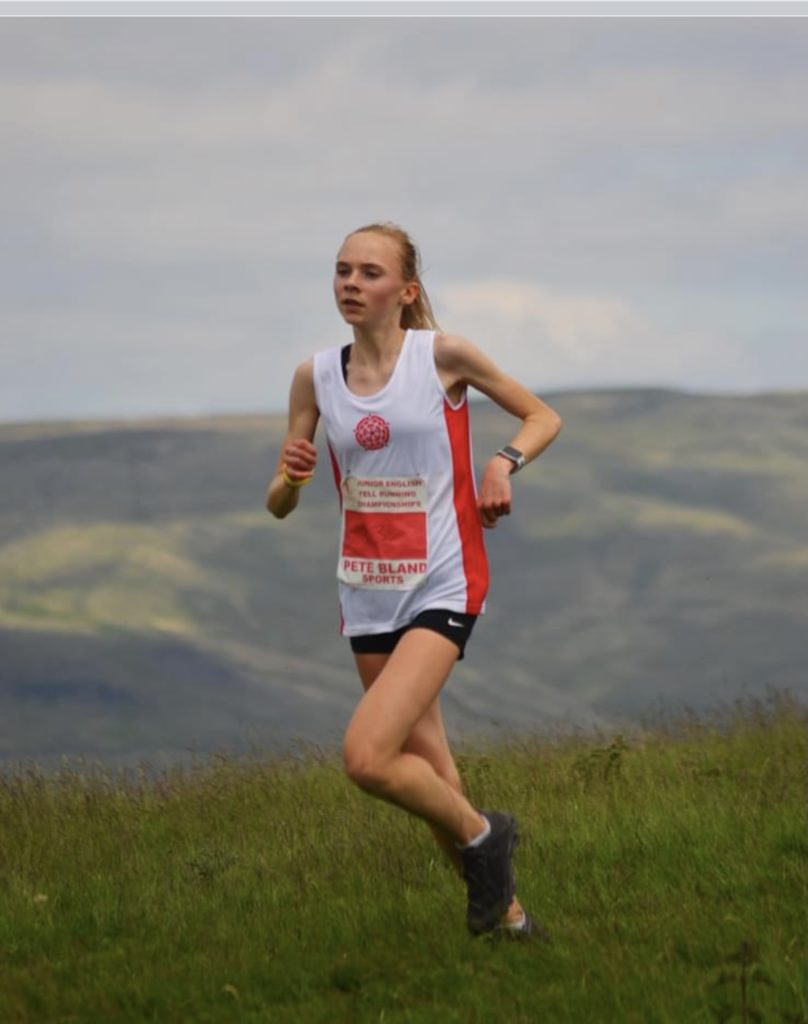 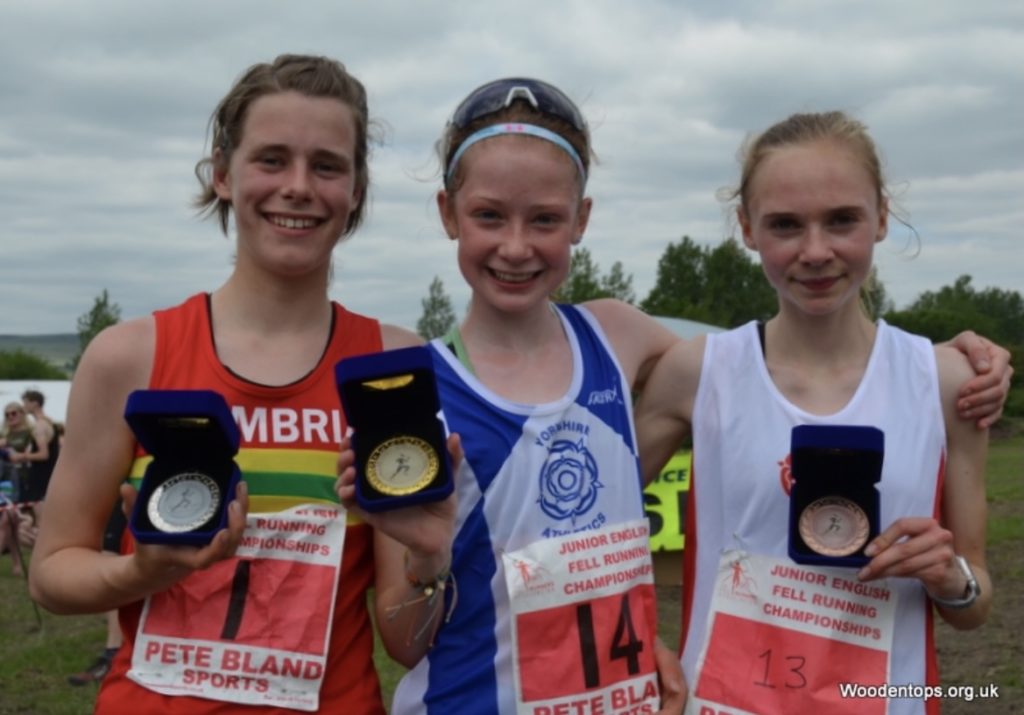 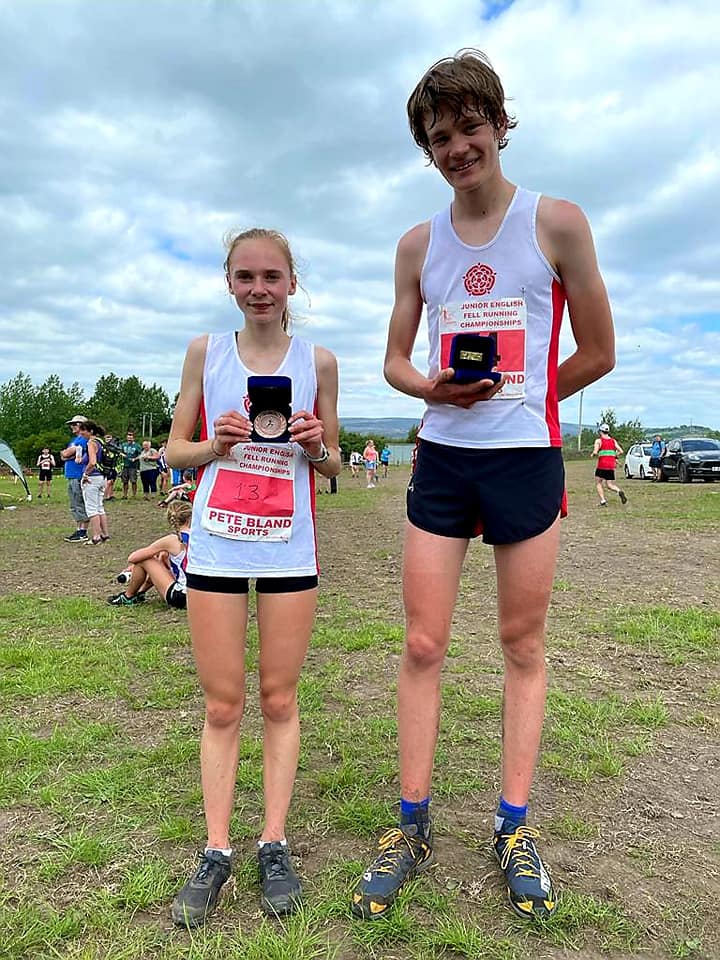