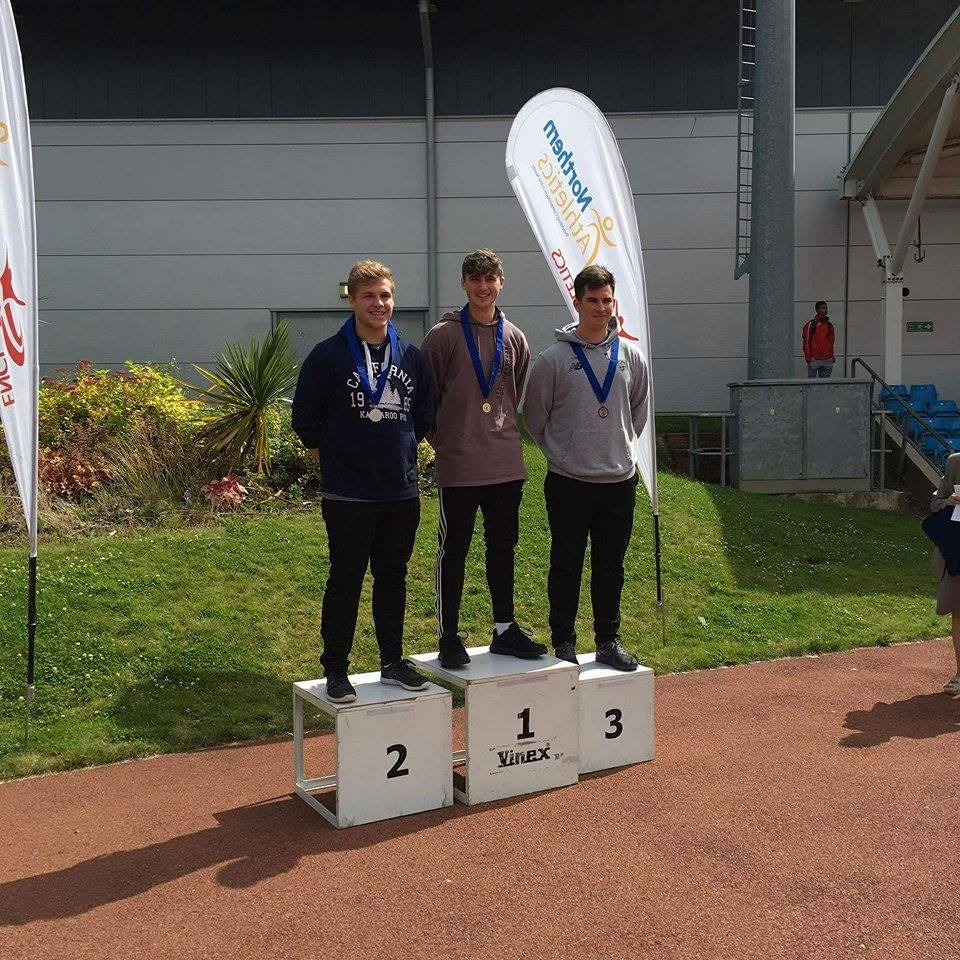 Jacob Roberts added the Northern U20 Hammer Title to his growing list of achievements at Sportscity on Sunday. He has now won the Northern Hammer Title in the U15, U17 and U20 Age Categories which is a very considerable achievement. A delighted Jacob spoke to the Club saying that it was a “Great day today at Northern championships at Manchester. I was happy with my win and becoming Northern champion U20 2017. Could have been better with the distance but it was a win in the end. Looking forward now to England Champs next Saturday”.

Thirty one athletes in this years Northern 5000m Championships – won by Jack Morris of Stockport in a time of 14.39.98 – which featured Tim Raynes from the Harriers who finished in 11th place in a time of 15.24.26 and commented after the Championships “I went in to the race hoping to better the 15:03 I ran a couple of weeks ago, but it wasn’t to be. Started off fairly quickly through the first 1k, going through in about 2:55/6. My pace then started to drop and, while I was still on for 15min pace going though 3k, faded badly in the last 2k. Perhaps just one race too many for me after racing a lot over the last few weeks.”

It was a great day for Jack Hindle at the Epicman in Lancaster at the weekend when he won the event at the head of a two hundred and four strong field, recording the second fastest Bike ride of the day (2hr 45.16) and the fastest Run (78.23) – unfortunately because of a fast flowing river, the Swim part of the event was cancelled which is arguably Jack’s strongest part of the discipline. 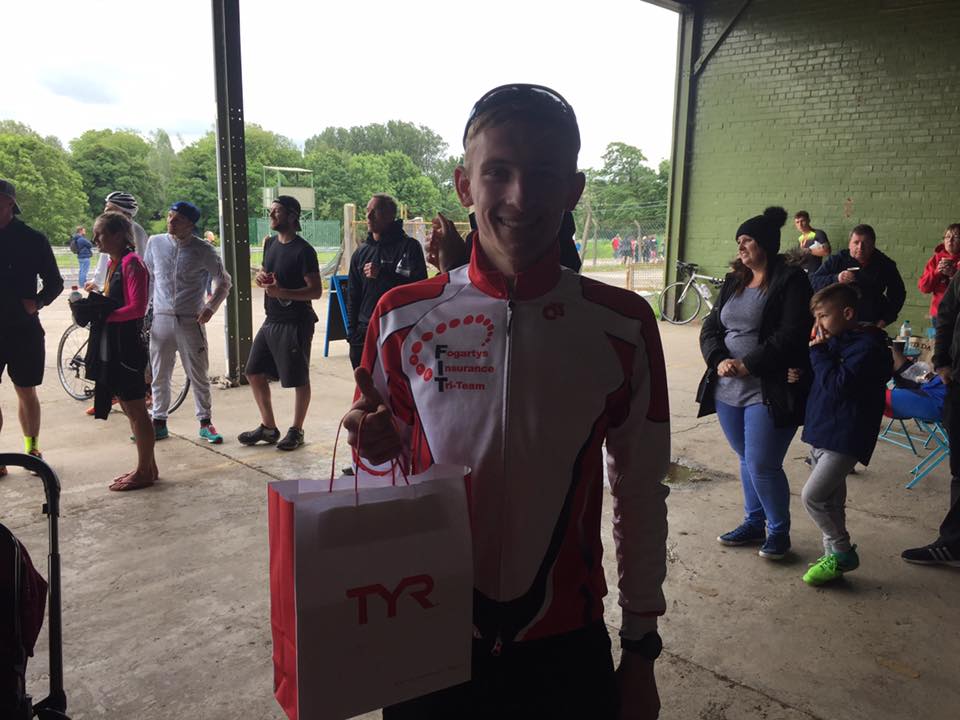 The event consists of a 1.9km Open water Swim, a 90km Bike Ride and a 21km Run to finish described by the Race organisers as follows: The Swim  — The swim will take in the river Lune and is a single 1900m loop. The event will be a deep water start. There will be safety kayaks and a safety boat in the river should you need them. The Bike  — The bike route is a 90km undulating loop with a small ‘out and back’ section to start and finish. The loop with take you on quiet and glorious country lanes around the Trough of Bowland and will pass through Quernmore, Abbeystead, Dunsop Bridge, Slaidburn, Bentham, Canton and back to Halton. The Run  — The 21km run route is a flat route on a cycle and footpath along the River Lune. The course is a two loop out and back along the cycle path adjacent to the river Lune. There is a short section to run before joining the loop, you will also run this section on your way back to the finish. The out and back loop is roughly 5.5 miles and there will be a feed stop that you pass three times on the run course which is positioned at the beginning of the loop.

Jack went into the Run three minutes behind in 2nd place after the Bike stage but them made up a massive eight minutes on the run and after the event Jack spoke to the Harriers commenting on his day and told us that he had “no real intentions of doing a half in the near future. I’d really started to focus on races that are coming up. I’ve had really hard block of training since finishing uni this year. All three disciplines have been heading in the right direction, and a team mate said to me a week ago, that I would go well at the epicman. After today’s performance, I’m really glad I did it and really have been able to show what I am capable of. The race was run on a really tough bike course, so to run around a 1.18 half marathon is something I didn’t think I was capable of. Really looking forward to seeing what I can do in the upcoming races, and hopefully take to the top step again”. 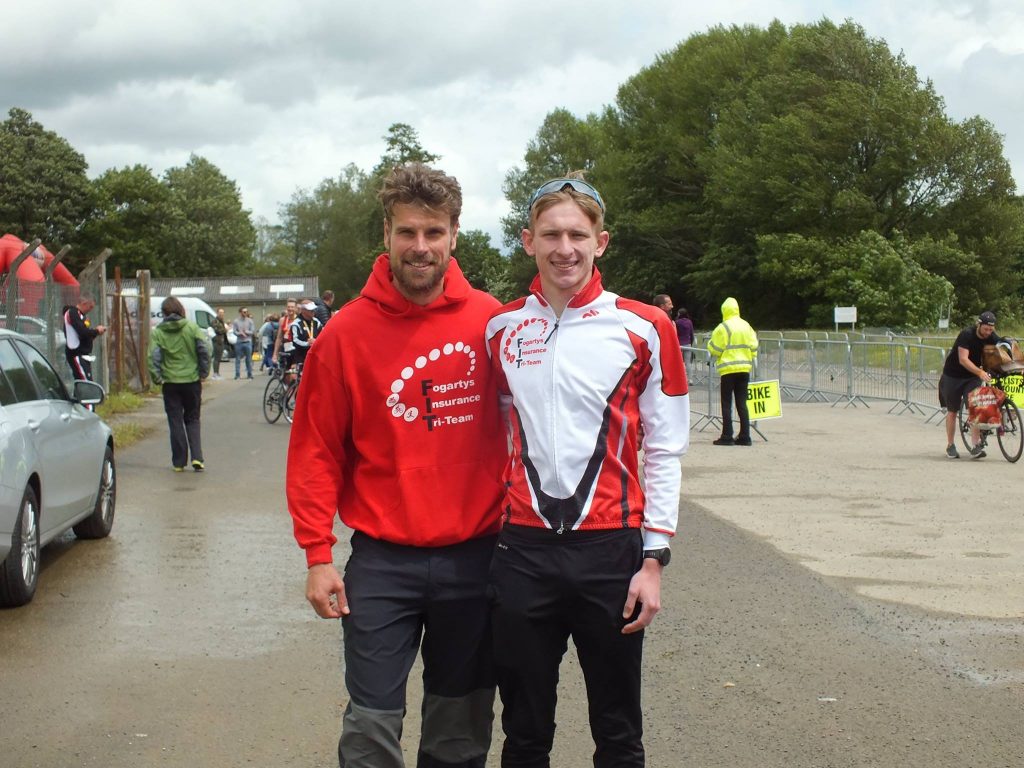 It was the final race in the FRA Championships at the weekend which saw Dexta Thompson finish 3rd overall in the U13 Boys – a great result for him. Dexta finished 5th on the day in a mixed boys and girls field of seventy one runners (13.31) which confirmed his Bronze Medal position for the Championships overall. Dexta told the Club that he“is happy with it knowing how good the competition has been against kids from fell clubs and with him doing no training other than actual races he just did his best”. 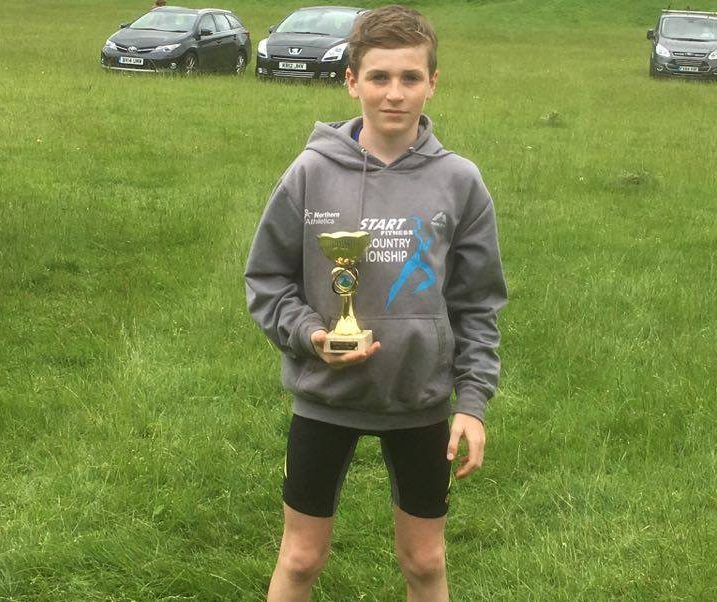 Brother Felix Thompson finished off his championships by taking 6th out of thirty two runners in a time of 6.18 whilst Harry Wilkin contested the U15 Race featuring fifty one runners where he came 29th overall in a time of 24.02 having fallen early on which set him back a touch. 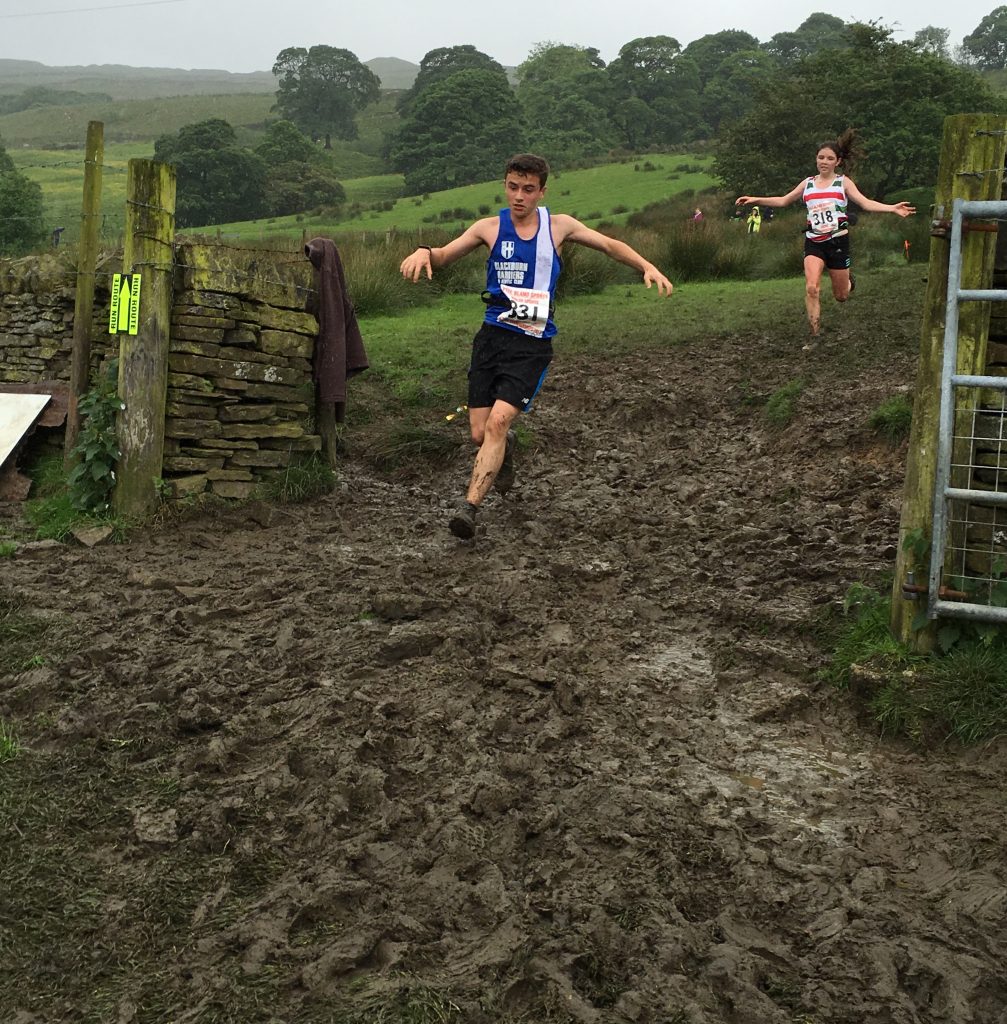 Jamie Teare competed in the U17 race which was also mixed with Boys and Girls – won by Alex Ediker in 28.07 and Rosie Woodhams for the Girls in 33.27 –  placing 20th out of an entry list of 44 other athletes with a time of 34.45. Jamie spoke to the Club saying that he had “Tried this terrain out at Foe Edge 2 weeks ago so I knew it would be hard.  It was very tough but I enjoyed it.  Well done to all BBH and Lancashire athletes who competed.” 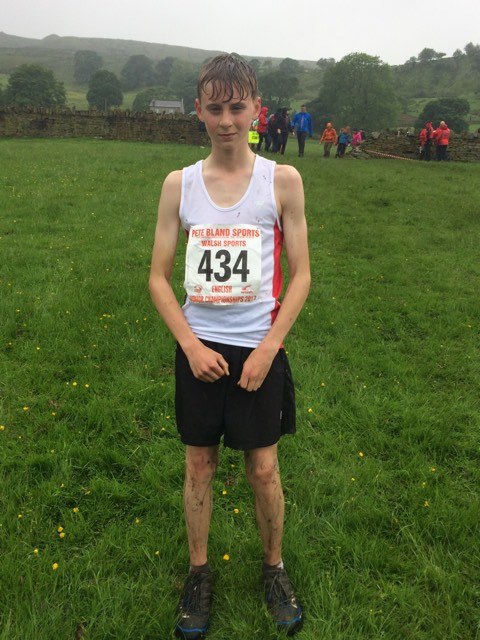 Shaun Livesey was among the one hundred and fifty three runners at the latest Race in this years Burnley & Pendle Grand Prix Series – won by Danny Collinge (39.24) – and had a very good race coming home in 4th position in a time of 41.24 and 2nd V40 on the day.

Shaun told the Club after the Race that he was ” Needing to do the remainder of the races to qualify for the series in the vet 40 division I had to get myself over to Barnoldswick for this 5.5mile race. The weather wasn’t great but I don’t mind that. I set of steady and the lead 3 pulled away. At around the halfway point two runners passed me on the descent (nothing new there) they must have put around 10-15 seconds onto me, but as we hit the last climb I made a diecision to get back to them before it leveled out. I made contact with them and pushed on past, there was a little half mile grass section with a few gates to contest with but I knew as soon as we hit the tarmac descent to the finish I was confident that they wouldn’t pass me. A good tactical race in the end with a fourth place finish. Next up Barrowford 5km”. 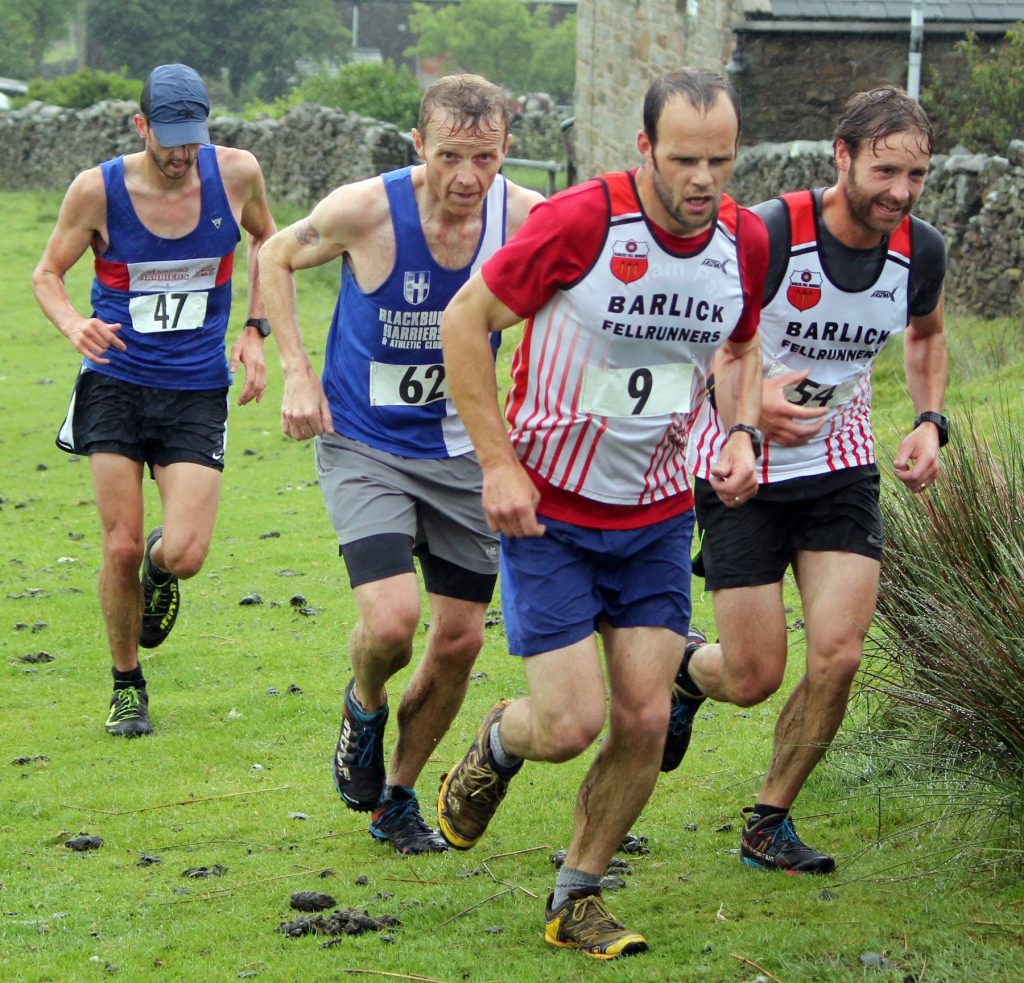 John Horrocks had a very good run at this Fell Race featuring one hundred and sixty two finishers  won by Chris Farrell in a time of 31.02. John finished 7th overall in 36.03

U15 Harry Wilkin who has been out on the Fells quite a bit lately had a good run to finish 4th (25.15) in a mixed age group race featuring one hundred and twenty seven finishers at the 5.7k Grasmere Gallop last weekend. 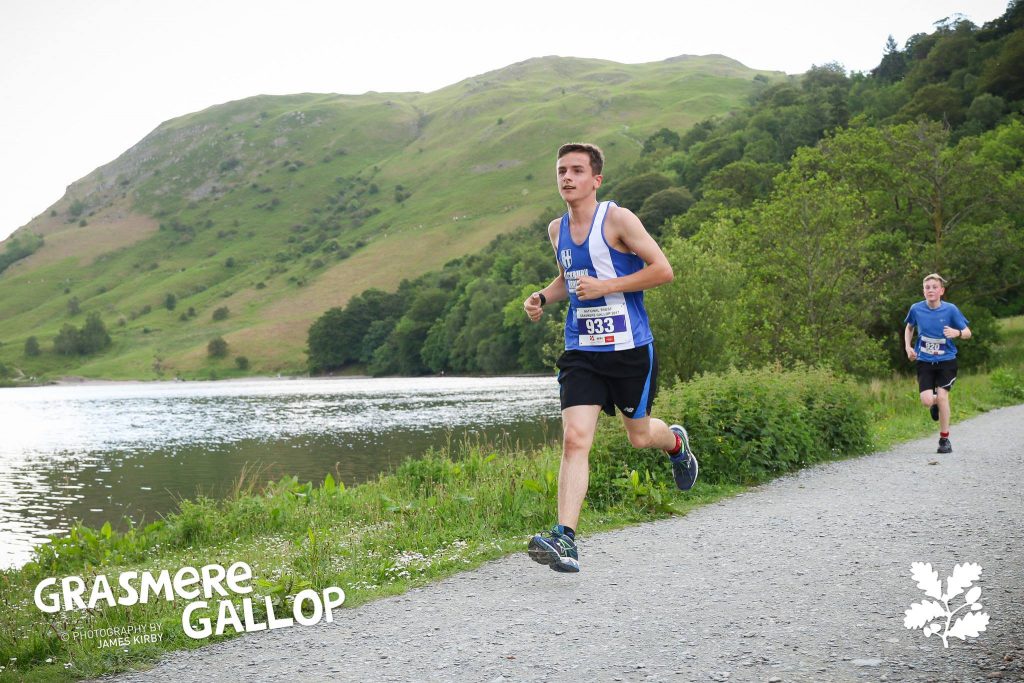 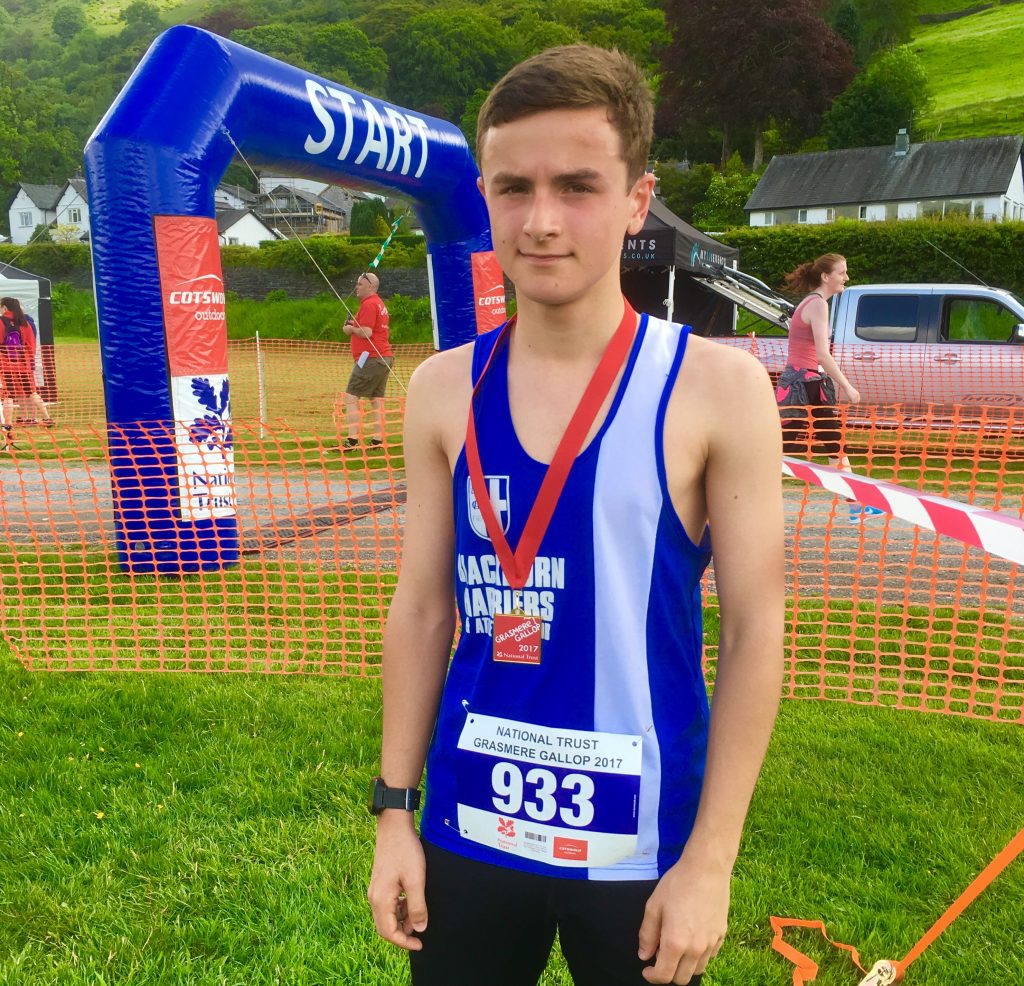 Just under a hundred finishers in this local 10k Road Race won by Jason Parker in 34.18. Blackburn Harrier Ben Costello got another run under his belt after coming back from injury, running consistently to earn 5th place in a time of 36.18. V50 David Morris placed 70th in a time of 57.02 which was his fastest 10k this year.

Nine youngsters from Blackburn Harriers were out in Race 2 of this years Astley Park Junior Series. 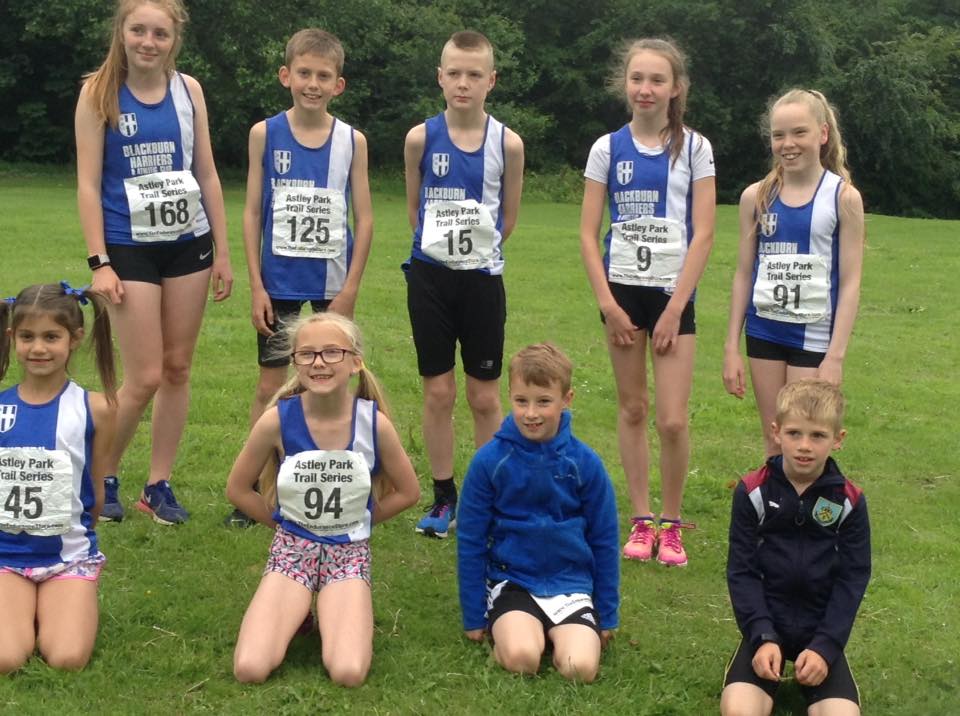 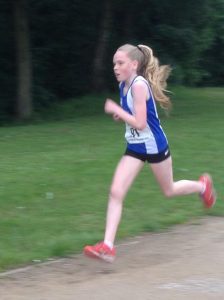 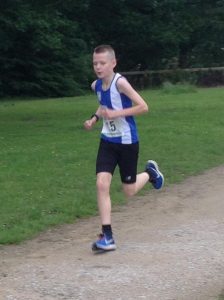 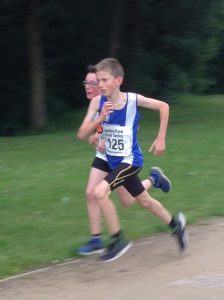 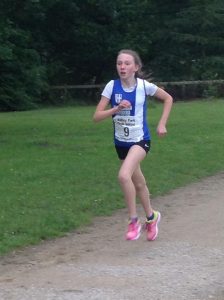 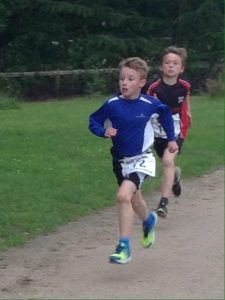 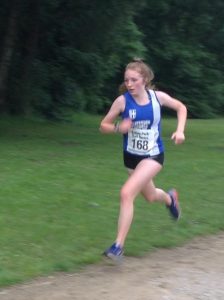 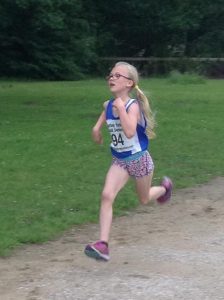 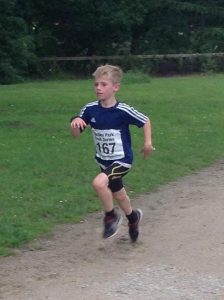 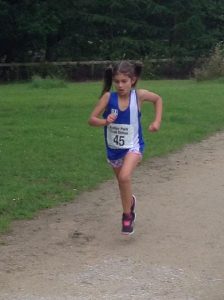