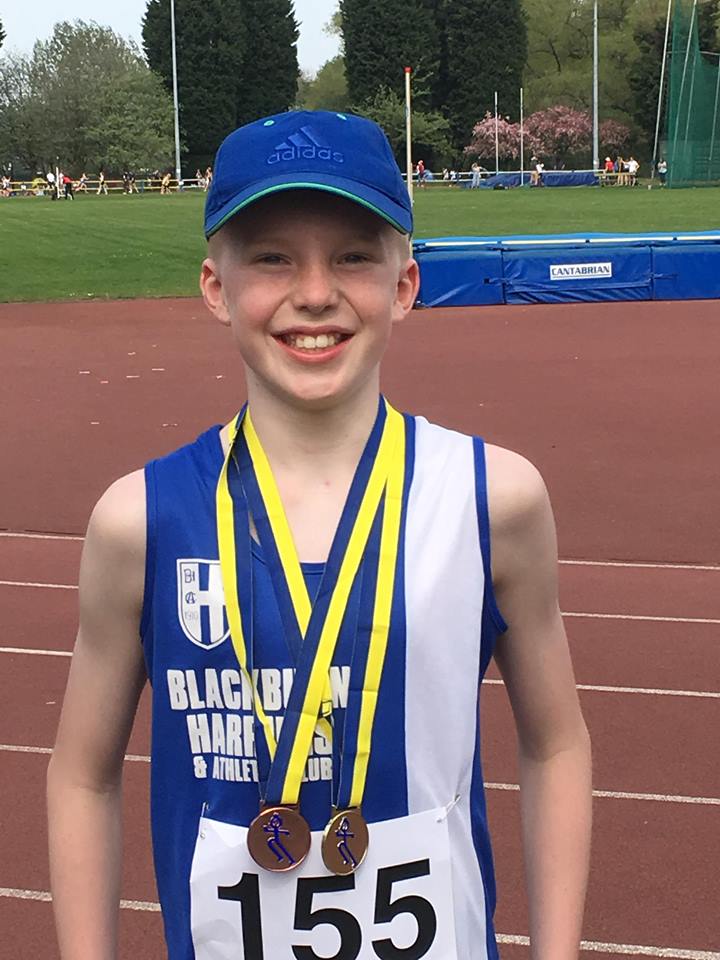 Fourteen young athletes from the Harriers took on a number of events in the holiday sunshine with some particularly good performances. Not more so than U15 Jayden Riley who won the 80m Hurdles in a time of 11.99, the second time in a week that he has beaten the English Schools qualifying time leaving him in 4th place in the National Rankings and won his Heat of the 100m in a time of 11.63 which also puts him 4th at the moment in the National Rankings. 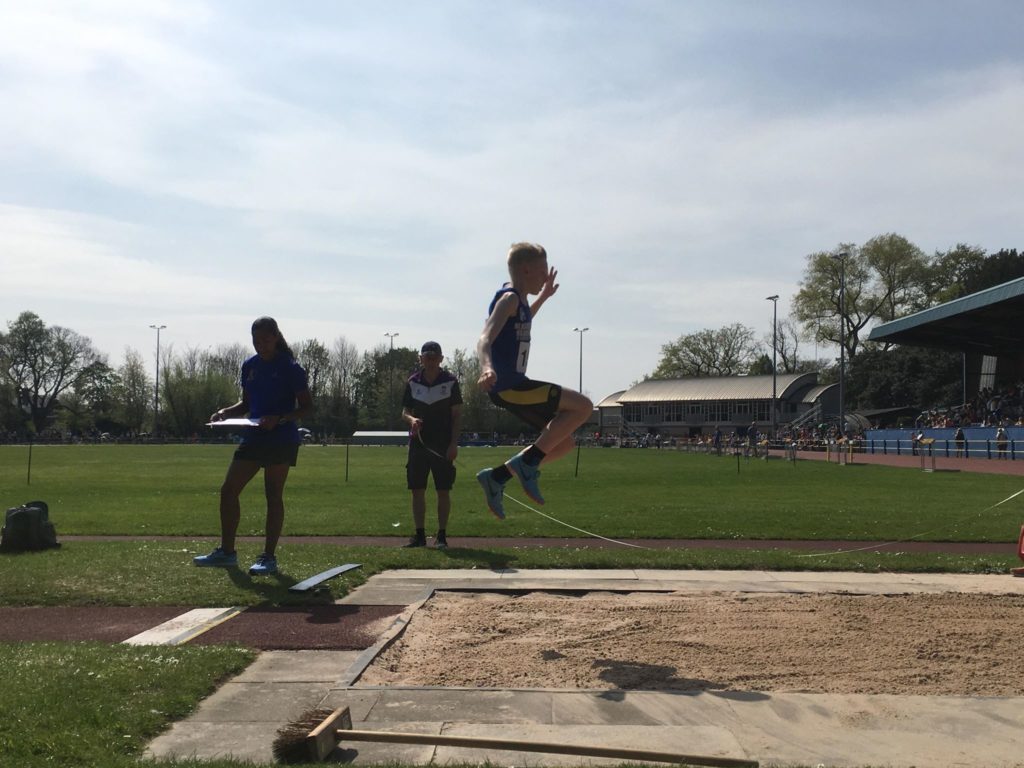 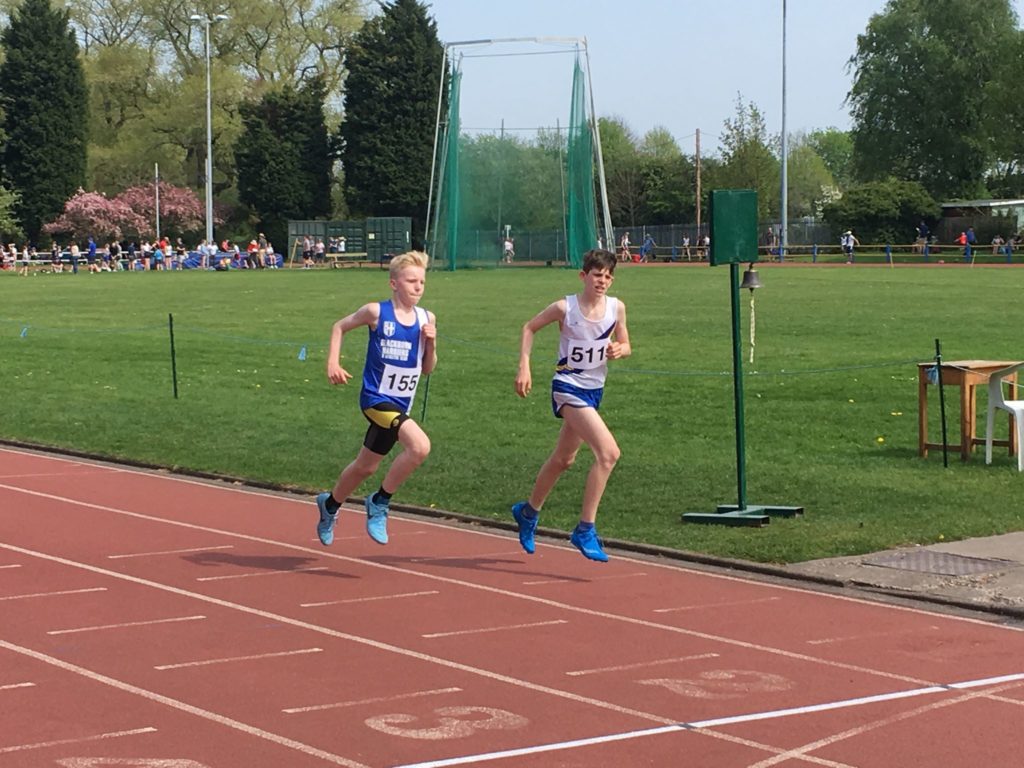 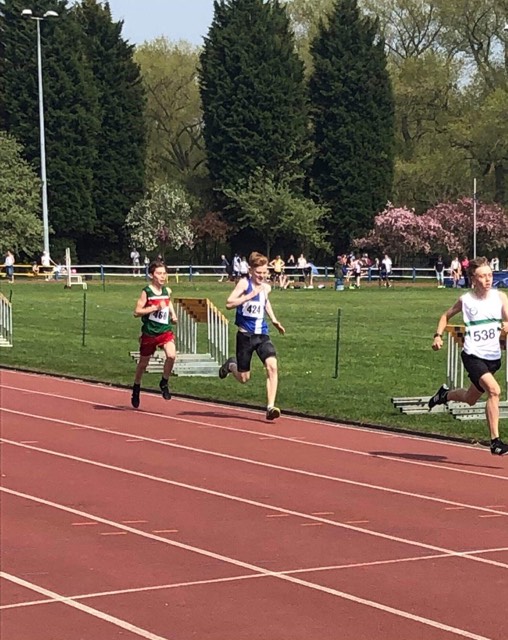 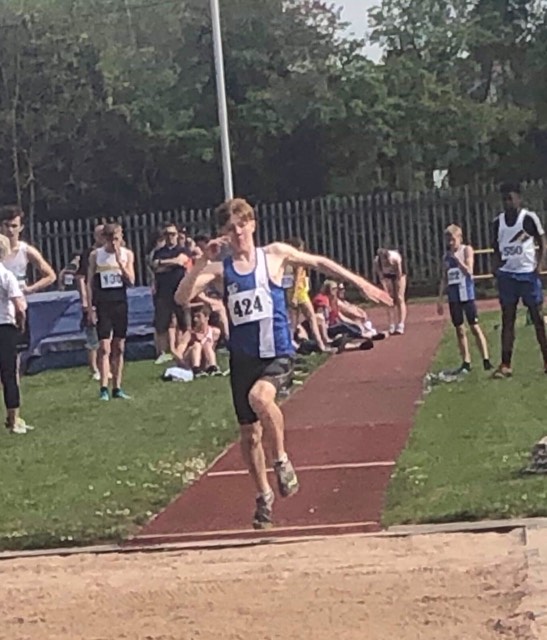 Nicky Saunders (U15) who had competed at the Sheffield Open over the weekend took on three Throws events again here winning the Discus with 26.14m, placing 5th in the Javelin with 25.11m and came 7th in the Shot Putt with 8.00m which was a new PB for her. U15 Caroline Woodworth was also among the Throws events today – just missing a new PB in the Discus with her 15.27m (12th), set a new PB in her Javelin of 23.14m (8th) and set a second new PB on the day in the Shot Putt with 7.28m (10th). U13 Kady Thompson threw 11.21m in the Javelin (9th) and cleared 1.20m in the High Jump, both performances being only just outside her personal bests. Kyle Taylor-Pomfret threw 24.9m for 10th spot in the U15 Javelin and a new PB with Dexta Thompson achieveing 20.65m in the same event (13th). 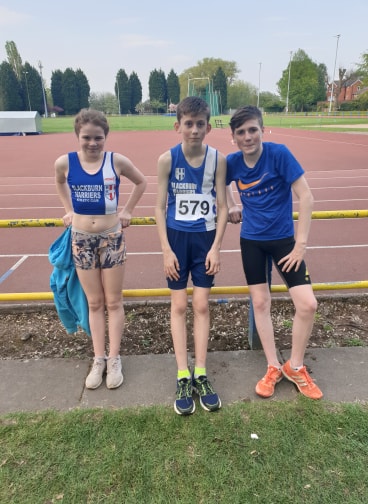 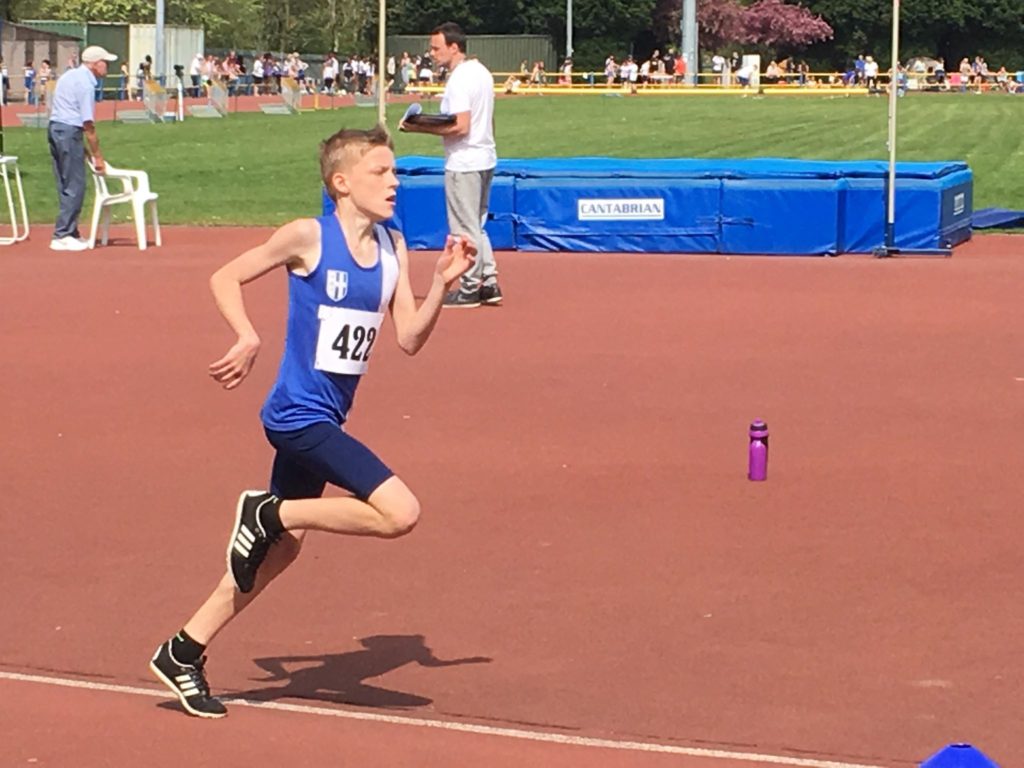 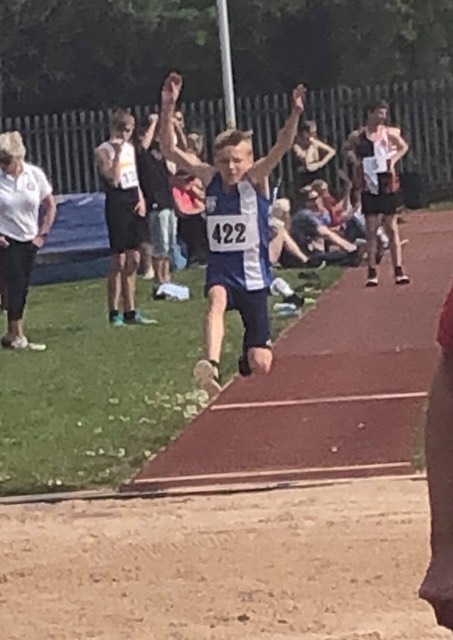 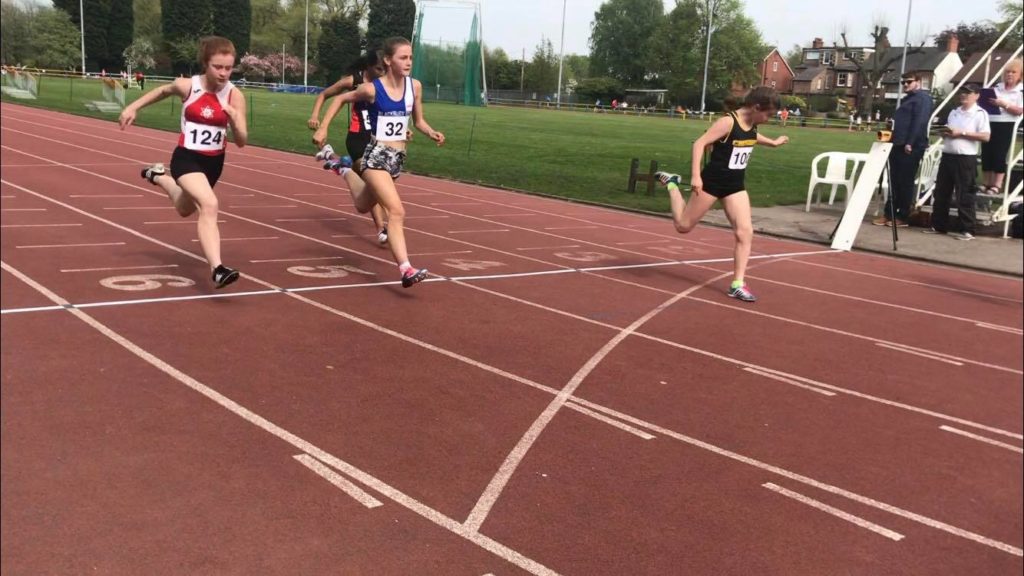 Yet another new personal best performance of the day came in the U17 Womens 80m Hurdles where Myah Booth – bottom of age – cut three tenths of  second off her best and set a new PB of 12.3 in 3rd position.

Tony Balko (V50) was doing a bit of travelling over the Easter weekend to get some competiton, his fiorst vist being the Doncaster Open. In the Discus he placed 4th with a distance of 34.51m, improved to 2nd position in the Shot with a throw of 11.21m – just 3cms shy of his personal best and rounded the competiton off by winning the Masters Hammer (6kg) with a throw of 37.96m which was a seasons best. On to the York Open Meeting on Easter Monday for Tony thrwoing 36.72m in the Discus and 11.21m in the Shot for the second time over the weekend.

U15 Nicky Saunders travelled over to this Open meeting to compete in the Discus and Javelin. The Javelin (500g) saw her throw 25.80m for 2nd spot whilst in the Discus (1kg) she placed 6th with a distance of 27.68m.

Danny Teare, whio hails from the Isle of Man, decided to take on the full Manx Mountain Marathon last weekend in what turned out to be less than ideal conditions for running 31 miles! As he indicated to the Club “My first attempt at the full Manx Mountain Marathon started very well.  Registered alongside 7 time record winner Paul Thompson from Clayton was a good omen, or so I thought. Didnt see much of him after 30 seconds……” 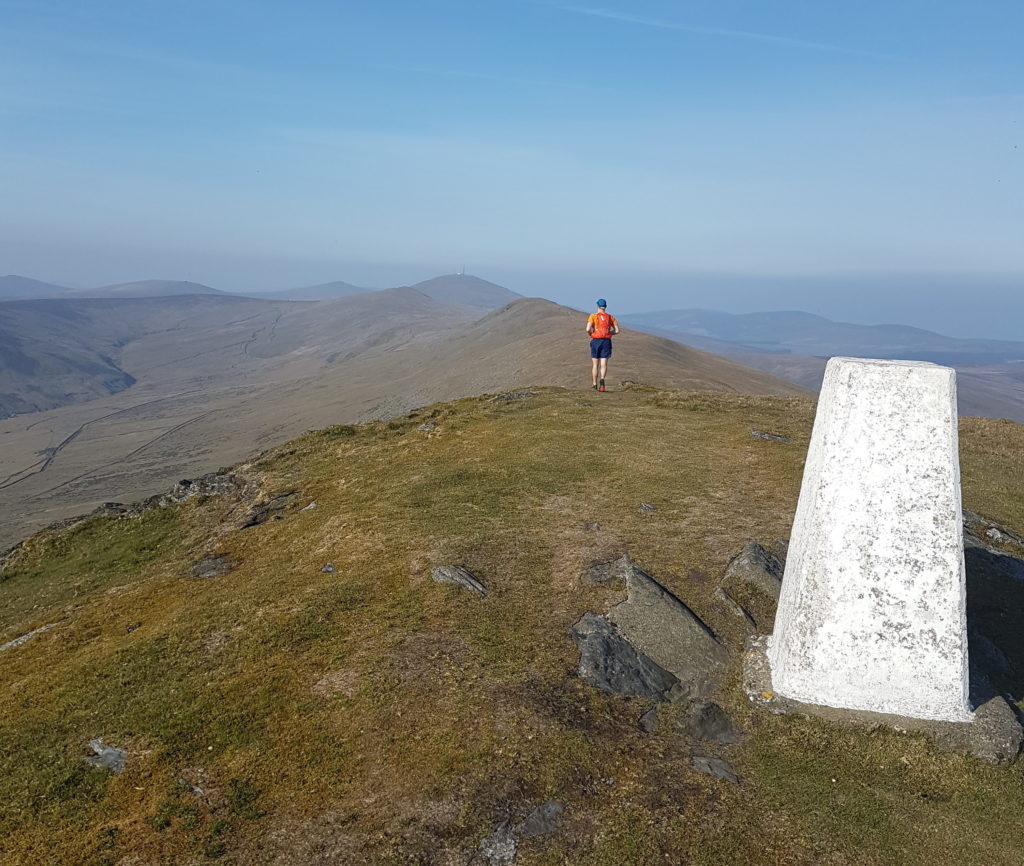 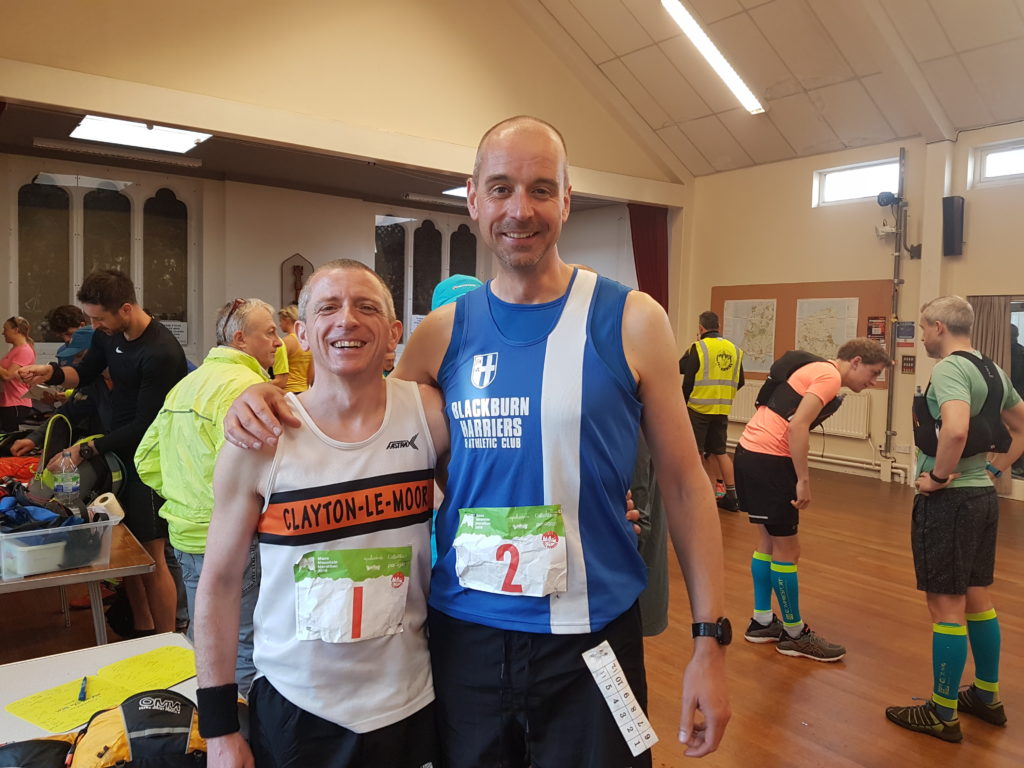 After the Race Danny looked back on the day and the race and told the Club “The race is 31 miles with 8000ft climb, starting in Ramsey and finishing in Port Erin, visiting the 10 highest peaks.  It was a hot day, no cloud cover and minimal breeze.  The views were totally stunning, much of it new to me, even though I lived there til I was 18. At the advice of Gary Pearse, I was constantly eating and drinking.  It was like  a mobile picnic up there! At 23 miles and over 6000ft in the bag, sadly I was done… and had to withdraw.  The heat was a factor for sure, but I was always going to find that last quarter a challenge anyway. 25% of the field withdrew during the race so I was in good company. Plenty of learnings for next year though.  Its still on the ‘to do’ list. I totally recommend the event, put on by Manx Fell Runners. As with all events, the volunteers who marshall and provide food / water really make it. Next year is the 50th anniversary. If anyone fancies it, give me a shout! “ 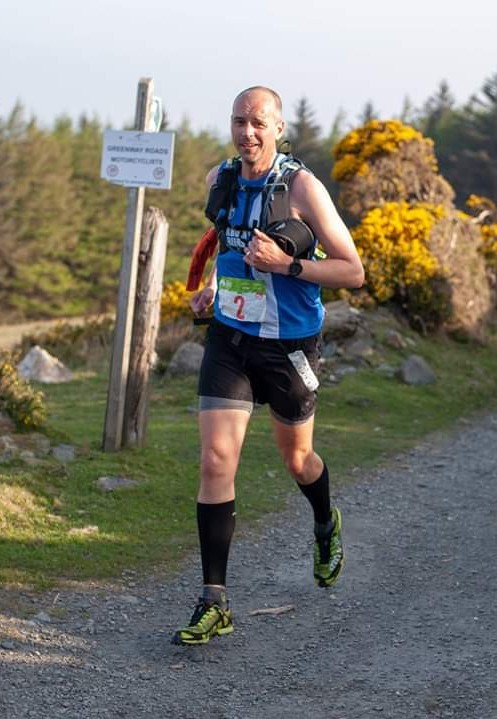 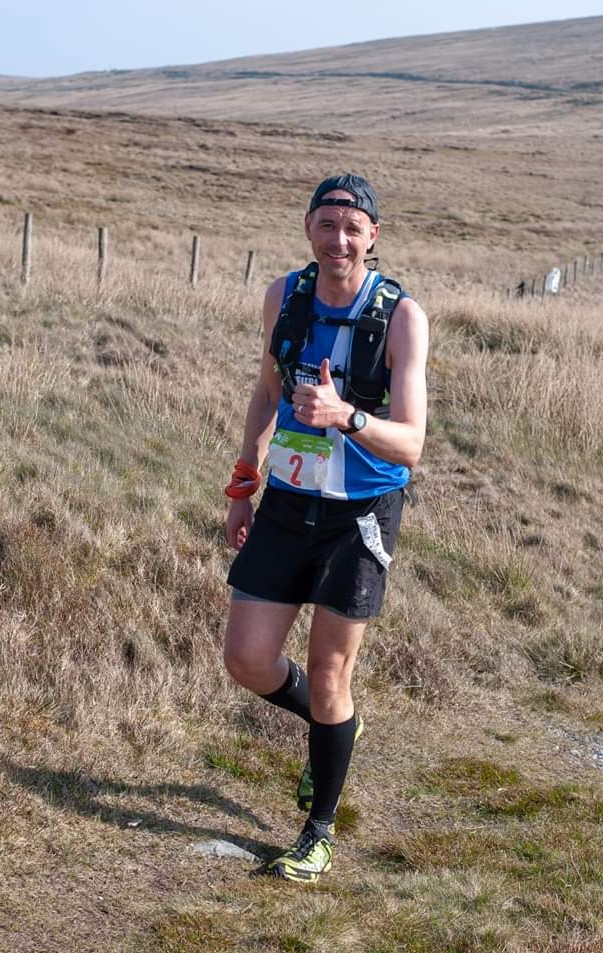 There are three races over the Festival period. The Festival opens on Good Friday evening with a scenic 10 kilometre road race around the streets of Port Erin and Port St Mary in the south of the Island. Male and female competitors run together in this race.

Easter Saturday afternoon sees the action move to the west of the Island for the famous Peel Hill races that take in the summit of Corrin’s Folly. The route starts and finishes on the road but is mainly on grass. The afternoon starts with the men’s race followed by the three mile women’s race.

Joe Howe was also in the Isle of Man, competing for Manchester University ‘Alehouse Team’ in the annual Easter Running Festival which comprises three races – 10k Race on Good Friday, Peel Hill Race on Saturday and a 5k Race on Sunday. At the end of the the three races, all those who contested all three – and there were 145 – are awarded points related to their position in each race which saw Joe finish 65th out of 145 runners with a combined total of 227 points. (RESULTS).

After a hard weekend of running, Joe told the Club that it was “a pretty tough weekend to be honest. I had been pretty coldy in the run up to the festival and realised how much fitness I had lost in a pretty brutal way in the 10k on Friday. I realised it would probably be a good idea to not really push the running over the next two days but still had a decent run in the 5k on Sunday. The weather was really amazing and the weekend was fun as usual”. 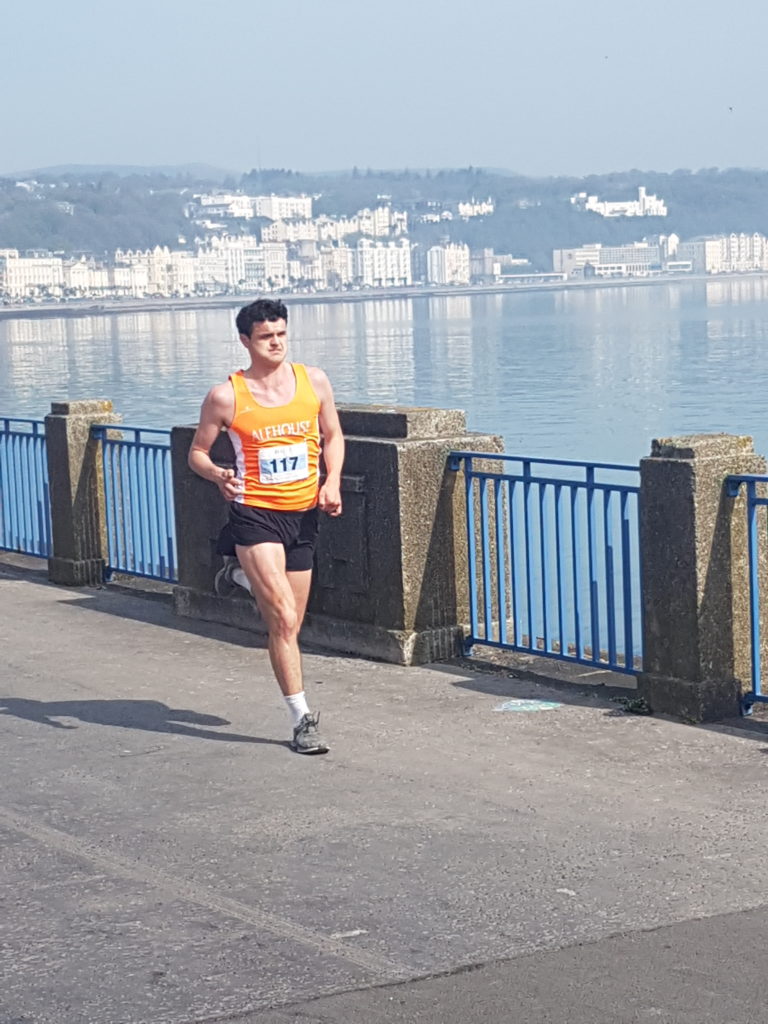 Two hundred and ninety contestants in this Triathlon held in the same hot conditions that other races and events have been held in over this Easter weekend. Whilst it is good for tourists, this kind of weather doesn’t always do the athletes a lot of favours when it comes to endurance type events. This race was won by Daniel McParland in a combined time of 1hr 25.45. 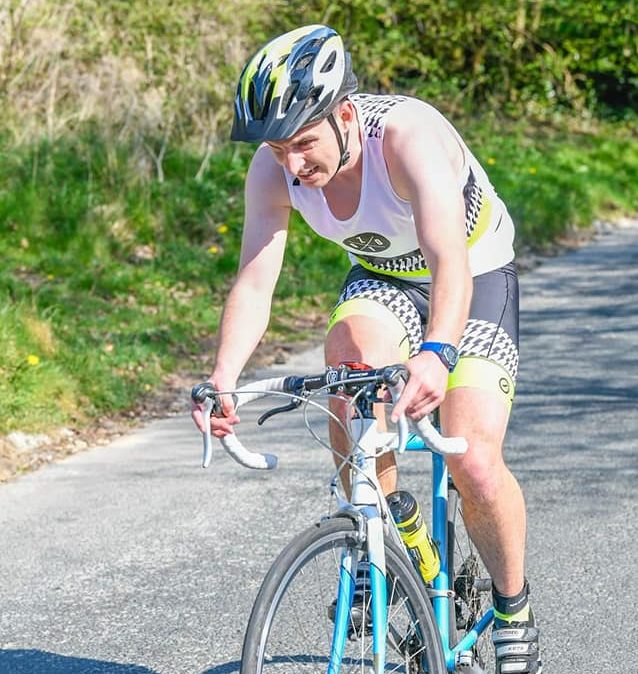 Danny Maynard...finished in 107th position after clocking 7.58 in the Swim, 71.21 on the Bike and 34.36 on the run for a finished combined time of 1hr 56.32 and afterwards, Danny spoke to the Harriers about the event saying “Clitheroe is tough triathlon in any weather, the 25 degree heat was an extra element to overcome. After a good start in the swim, Birdy Brow was as ever challenging on the bike and I was relieved for the downhill. Its safe to say the hills got the better of me and the run was a hard slog to the finish line. This year I was pleased to beat my overall time by over five minutes, glad to see my winter training programme is paying off”. 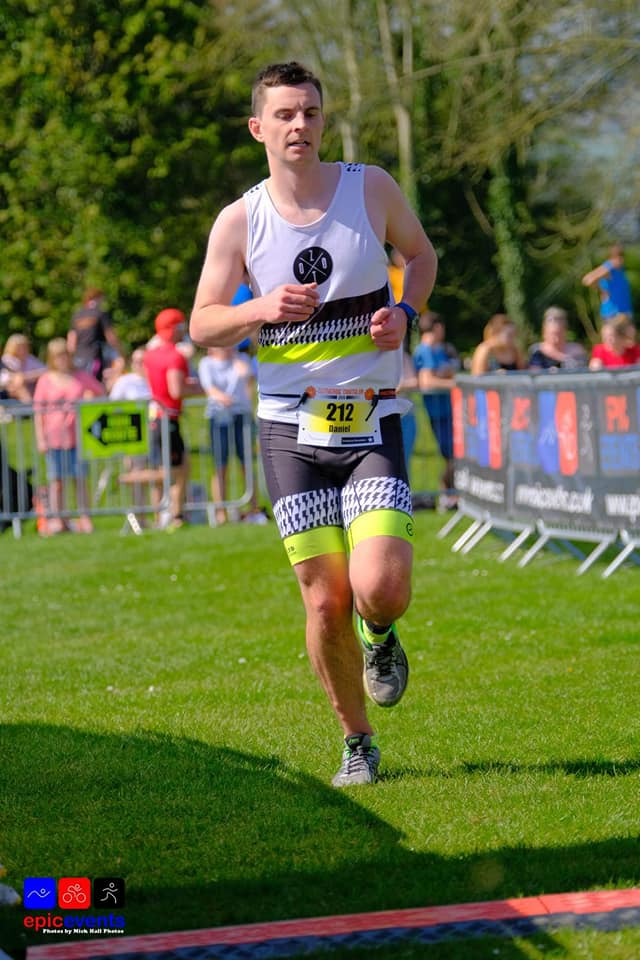 Mark Almond, competing as a V50 finished just a few places behind Danny in 112th with a combined finishing time of 1hr 57.14 which comprised of a a Swim of 10.33, 68.36 on the Bike and 34.57 on the run. This was Mark’s first ever Triathlon, so it was a bit of a gamble and commented afterwards that “Yes it was my first ever Tri – wasn’t fit going in to it but wanted to give it a go. Swimming didn’t go well and was suprised how tough the run was with “jelly legs” overall really enjoyable and hope to get fitter and have another go”. 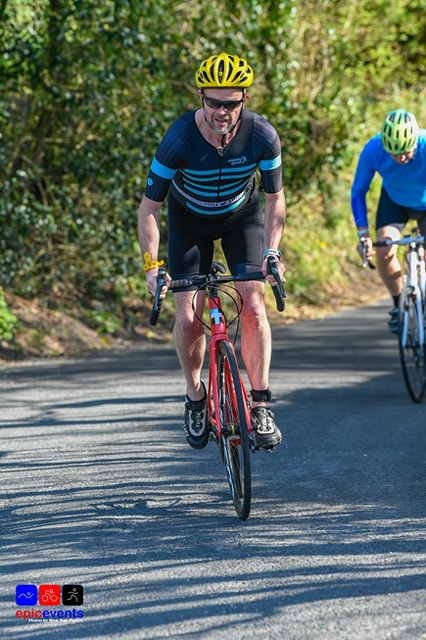