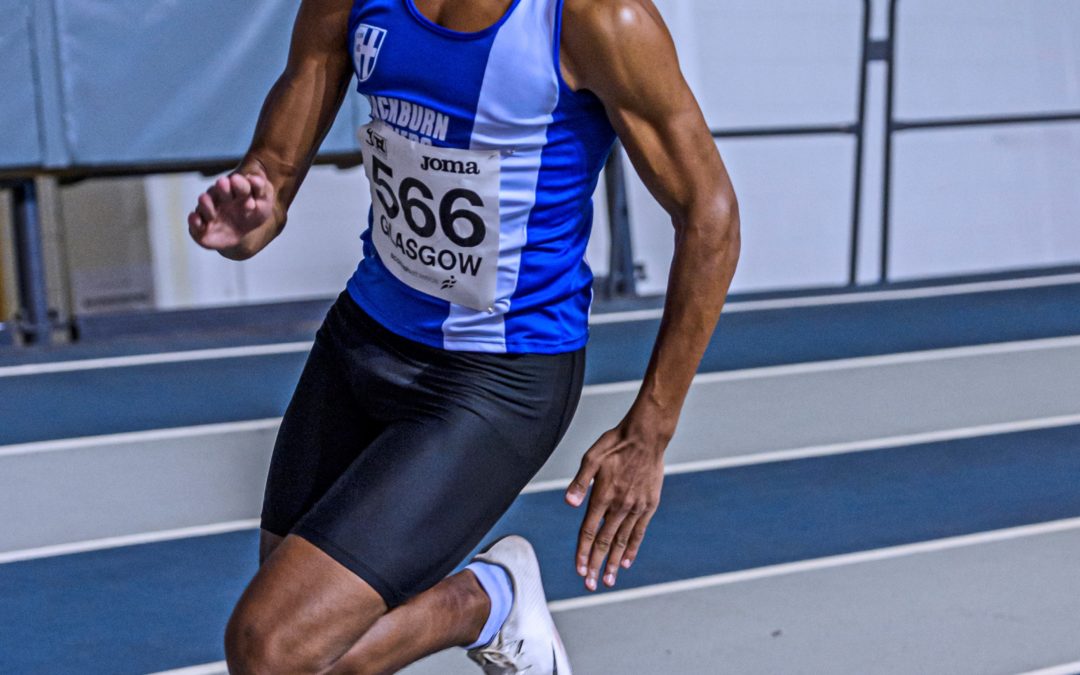 As an U15 in 2019 Jayden Riley finished 8th in the National Rankings over 100m with his 11.27 clocking at Bedford, 16th in the 80m Hurdles with 11.69 at Liverpool and ran 23.57 200m in the UKYDL Lower Age Group League as well as a wind assisted time of  23.20 at Sheffield in the UKYDL Plate Final. Starting Indoors this season as bottom of age U17, Jayden went to Edinburgh to compete over 200m in the Scottish U17 and Senior Indoor Championships, with an eye on the National Indoor Championships coming up.

And what a good day he had. Knowing it was gong to be tough, with around one hour between races if he was to make the Final, he won his Heat in 23.60, went on to win his semi-final from lane 5 in a time of 23.18 before – just an hour later – clocking 23.28 from Lane 6 – missing out on a medal by just 0.07. Given that this is the first time that Jayden has taken on such a schedule in one day, it says a lot about his potential. He finished up at the end of the day going into the National Rankings at joint number 16 and he had this to say to the Harriers afterwards “It was a great experience and a great start to the year to be able to race in Glasgow and make it to the finals in the under 17’s along with a new PB”. 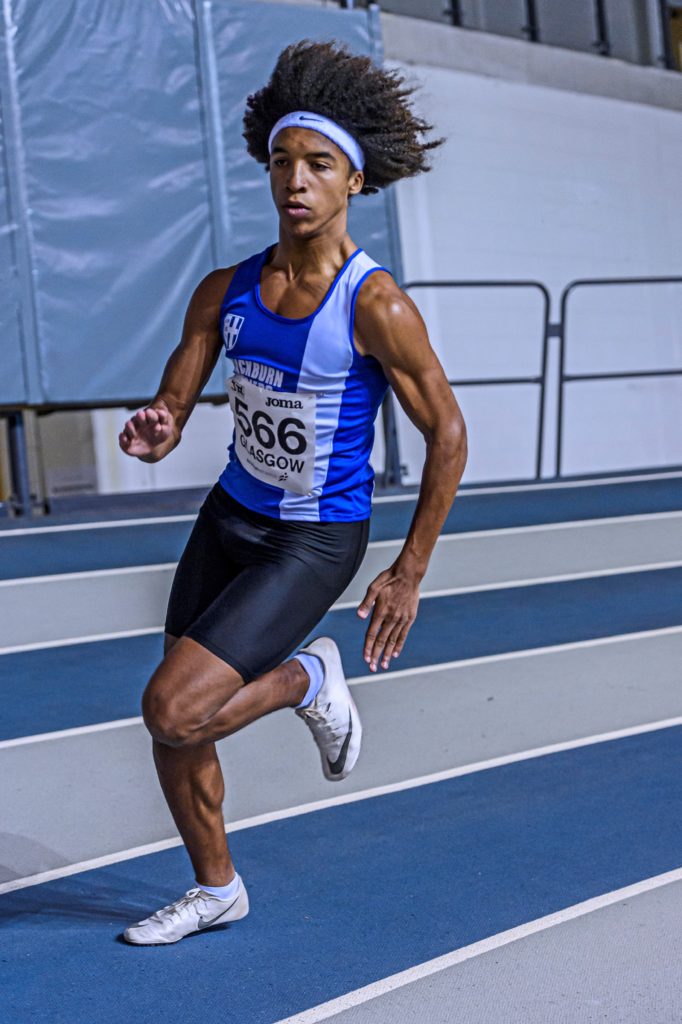