Jess Judd books her place for the Olympics 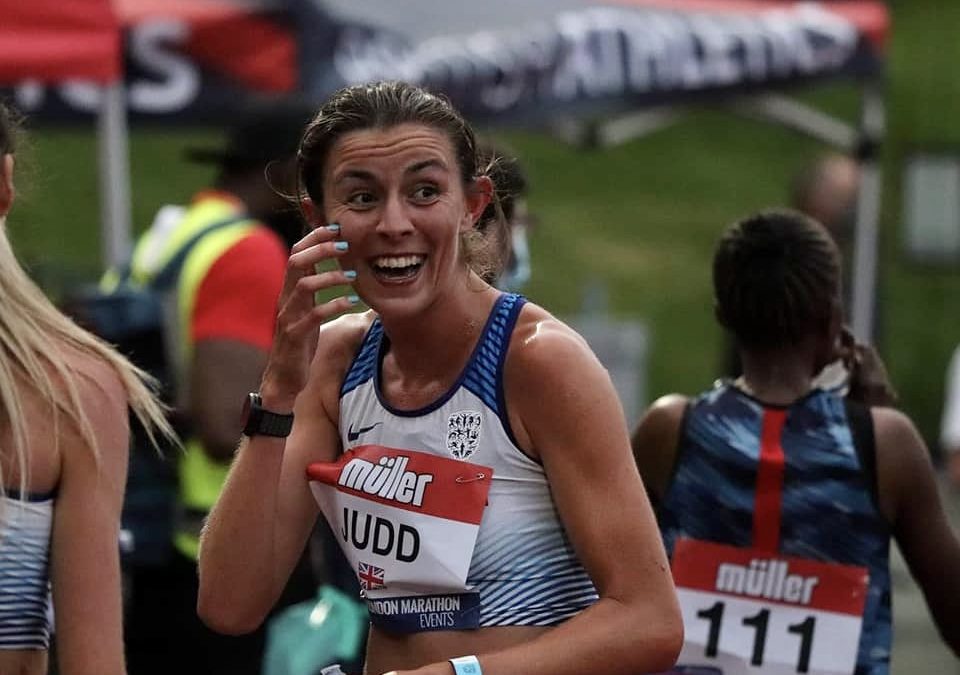 What can you say about Jess Judd? In the last four weeks, she has been to the US, run the Olympic qualifying time for 5000m and just missed out on the 10000m qualifying time by less than a second. She followed that up by winning a  BMC Grand Prix 1500m at Sportscity last weekend – May 29th and last night on June 5th, achieved the Olympic qualifying time for 10000m. In an epic race, which had looked to be dominated by Selamawit Teferi up to around 1000m to go. Jess then pushed it on, as she said in her interview, which resulted in the gap between Teferi, herself and Eilish McColgan, starting to narrow. Into the final lap and it was clear that race was building to a crescendo and what a finish it was, with McColgan catching Teferi on the line to win in 31.19.21 with Teferi in 2nd (31.19.35) and Jess coming in 3rd with a new PB time of 31.20.84 to book her place for the Olympics.
RESULTS
Jess spoke to the Harriers after to tell us “I am so over the moon, I can’t believe it! My dad has been an amazing coach and Rob has helped me so much, I’m so grateful to everyone who has helped me get this far and believed in me!

I’m just so pleased and happy and going to enjoy this feeling, it makes all the tough times worth it!“
Post Race Interview with Jess
Results like the one achieved by Jess last night mean so much, firstly for herself in her athletic ambitions, her Coach who is her dad – Mick Judd and all of her family and of course for her partner Rob Warner fellow athlete and Blackburn Harrier. It also means so much for the Club, to all of our athletes and particularly those youngsters, young athletes, who look up to her – it is so inspiring for them. Jess is showing them what you can achieve, if you work hard enought for it, if you believe in yourself and you have the support around you. It demonstrates what i would call the art of the possible. It is monumentally inspiring for the author of this report as well. I got the same feeling watching Jess last night as i did when Samantha won the Silver in 2012 Modern Pentathlon, when Holly Bradshaw and Sophie Hitchon got to the finals of the 2012 and 2016 Olympics and when Sophie won the Bronze in the Hammer in 2016. Watching the Race on my iPad as it progressed –  i was shouting at it as if she could hear me through the screen!! I can see she has decided to go for it, edging in front of Eilish McColgan. Jess is going for it – just two laps and if she keeps pushing, on the last lap, i couldn’t believe it; And that finish. What a finish. Eilish dips Teferi on the line and Jess crosses with a five second new PB and more importantly, a seat on a plane very soon!!  It is the stuff that dreams are made off and what inspires all those athletes out there. What a night. What an inspiration she is. 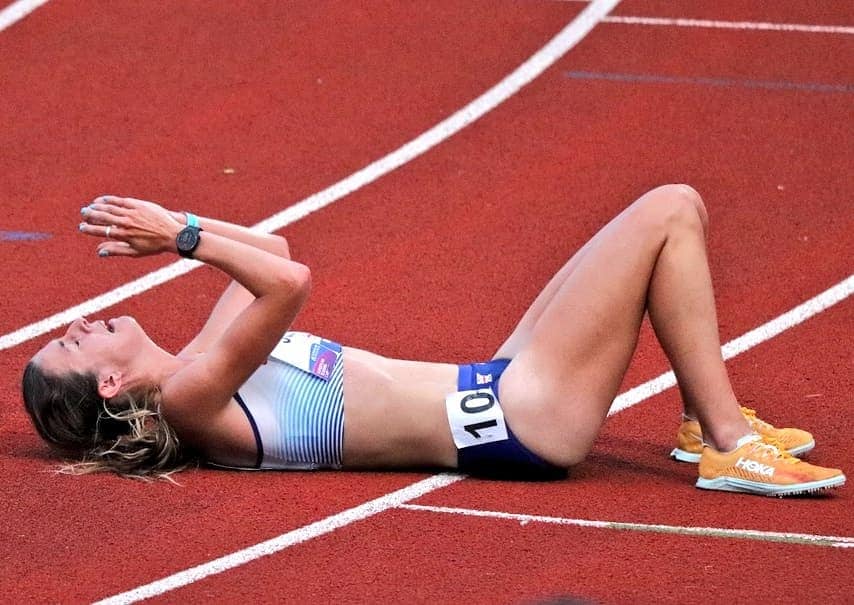 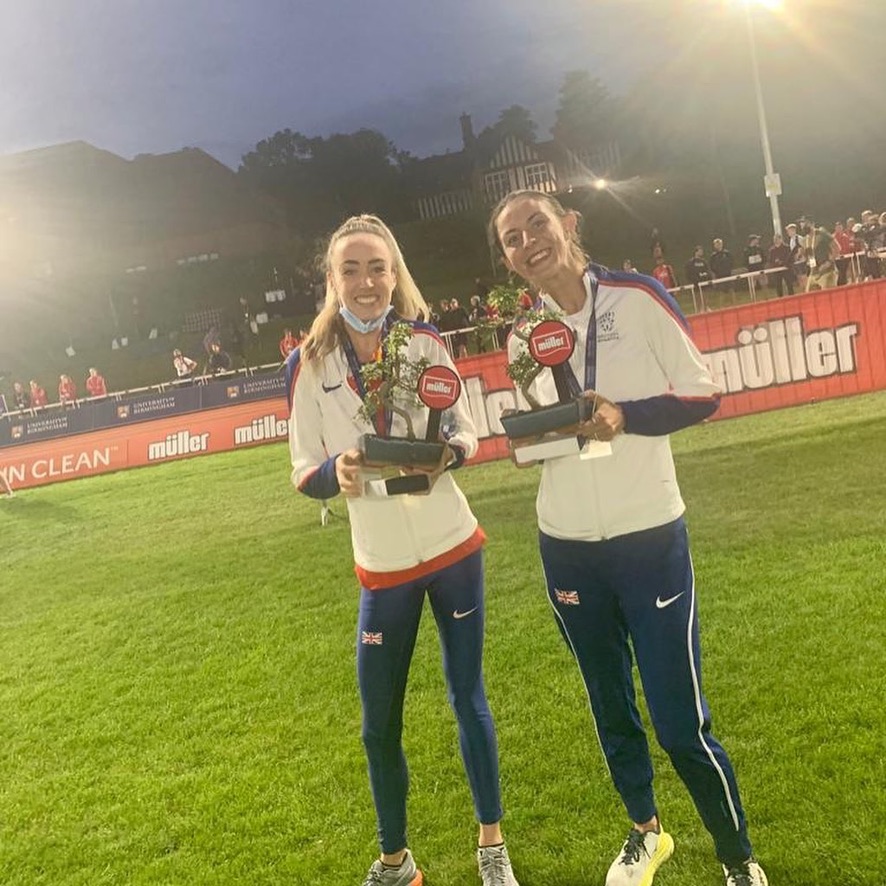