Jess Judd was out in her first Track race of this season, the fourth race of the year for her – and – a season which see’s her setting her sights on three massive championships, Europeans, Commonwealth and World Championships. Jess competed at the 62nd Annual Mt. SAC Relays Womens 5000 Run Elite on Good Friday, as part of a 19 strong field, the race being won by the Nike Bowerman Club athlete – Karissa Schweizer in a time of 15.02.77 with unattached athlete Emily Infeld in 2nd place (15.05.80) and Laura Galvan in 3rd (15.09.80). Jess came 4th clocking 15.11.72 which was great start to her track season. 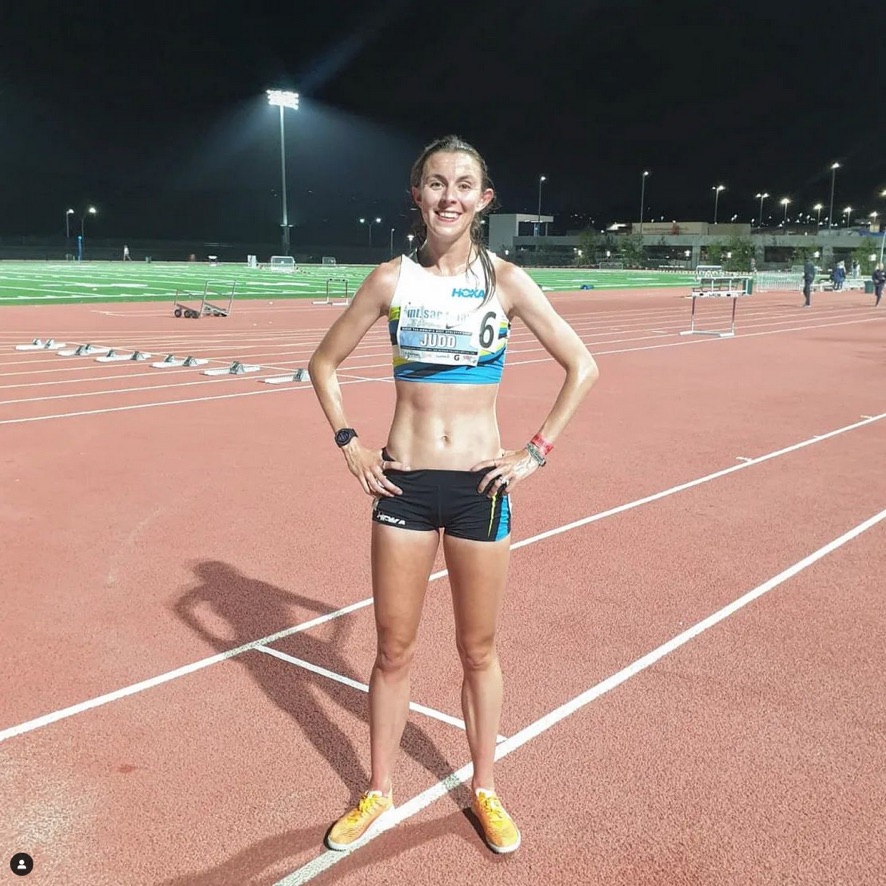 The traditional Good Friday Salford 10k featured four hundred and thirty eight finishers. Three Blackburn Harriers lined up at the start – Josh Birmingham, Thomas Blaney and David Almond. The race was won by an unattached athlete – V. Urquhart Smangs – in a pretty rapid time of 29.50 in front of 2nd placed Alex Durnat (Sheffield) in 30.38 and Spenborough’s Joe Sagar in 3rd (30.43). Josh who has been recovering form an injury had a fine race to place 5th overall in a time of 32.08 with team mates Tom running 35.06 in 45th spot and V55 David in 86th with a time of 37.46 which gave him 2nd spot in the age category as he told the Club that it was a “Decent run today, pleased with my pacing, second in my age group and quicker than when I ran it 7 years ago“

Also running on the roads on Easter weekend was Becky Shorrock in the Air Products 10k at Crewe. (RESULTS). The race was won by Wilmslow’s Peter Speake in 32.53 and featured just over 200 finishers. Becky came home in 79th spot with a time of 45.45 and told the Club about her race afterwards “Really pleased to have run a minute quicker than 4 weeks ago. Slowly but surely regaining some fitness off limited training. Hopefully I can keep chipping away and racing/park running myself fit!”. Becky with the next generation of Blackburn Harrier Close to two hundred and fifty runners took part on the annual Easter weekend Rivington Pike Race on Saturday with the race being won by Keswick’s Jacob Adlin in 17.11 with Northumberland’s Nick Swinburn in 2nd (17.31) and Ilkley’s Ben Rotherey in 3rd (17.42). Blackburn Harriers Josh Holgate lined up for this one and a really good run to finish with a top ten placing – 7th in a time of 10.02.

3 Races in 3 days featuring well over six hundred runners — the event consisting of a 10K road race on Good Friday in Port Erin, Peel Hill race on Easter Saturday and 5k races on the Promenade in Douglas on Easter Sunday. Four Blackburn Harriers went over to compete in this annual Easter event – Joe Bridge and Joe Gebbie taking on all three races, Jamie Teare running the 5k and Danny Teare the HalfManx Mountain Marathon. 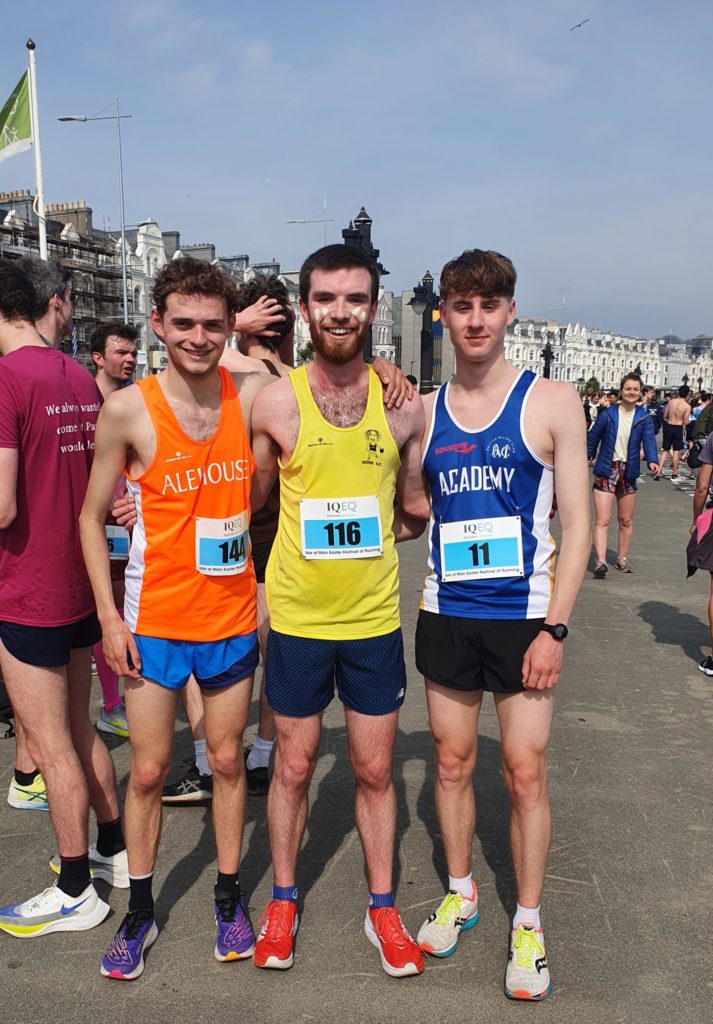 Danny Teare ran the Half Manx Mountain Marathon – (RESULTS not yet available) – and enjoyed the experience as he told the Harriers afterwards “My first go at the Half Manx Mountain Marathon in the Isle of Man on Easter Saturday.  It was the 50th anniversary and very well supported. The Half was 12.5 miles and 3,500ft ascent.   I had been hitting Pendle for the previous few weekends to prepare and it all worked out. I had to keep apologising to those I passed who were on the full distance MMM and were understandably feeling it, having covered 18 miles more than I had. 2hr 45m and 48/109. Pleased to be in the top half. See if I can bag the full distance next year.”