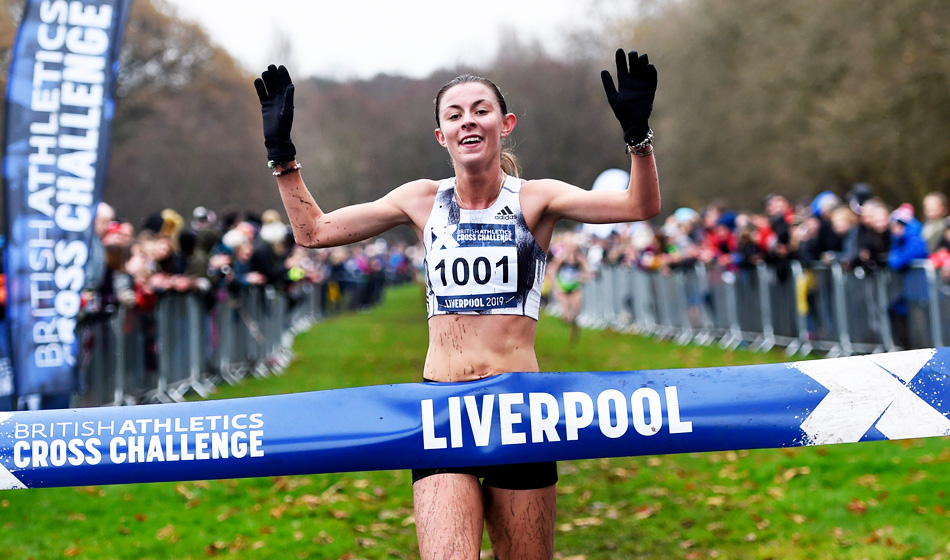 Some great racing at this years Cross Challenge fixture held at Sefton Park on Saturday with the predicted rain holding off as the days competition unfolded. It is a cracking day for racing as some of the best athletes in the country join forces with the local Merseyside and Lancashire Cross Country Leagues and run together, with local League Results extrapolated later on from the overall results. Senior Men & Women and Junior Men & Women also compete for qualification places for the European Cross Country Championships which this year are being held in Lisbon in December.

Blackburn Harriers Jess Judd had a fine race winning by ten seconds (28.22) from Charlotte Arter in 2nd (28.32) and Kate Avery in 3rd place (28.40). Jess will now take her place as part of the GB Team contesting the European Championships in Lisbon in a couople of weeks time. Commenting on the race afterwards Jess said “I’m just so happy with the race, wasn’t expecting to run well but knew I’d done some good training! Just really happy! It was a great day as Rob ran really well so I’m really happy for him and my dad that all their hard work paid off!”

Three hundred and forty six athletes took part in the Senior Women’s Race which saw Annabel Ralph have an excellent run in 80th place clocking 33.35 followed home by Lindsay Davies in 138th (39.13), Michelle Teare (210th) with a time of 43.26, Nichola Hartley in 275th place with a time of 48.39 and Jan Buckingham after experiencing a nasty fall came home with a time of 49.10 (286th). In the Mid Lancs League the Senior Women’s team came 2nd with a total of 43 points with Liverpool Pembroke & Sefton taking the honours with 24 points.

Rob Warner continued with his rich vein of form as he secured a top 30 place at the Sefton Park Race, coming home in 29th place in a time of 32.21. After the Race Rob told the Club “Really happy with the race today, wanted to get top 50 today so very happy to get top 30! Haven’t done any cross so far apart from Mansfield relays so found the mud quite hard today but really happy to take by far my best run at Liverpool!“

In the Mid Lancs League, the Senior Men’s team came 2nd to Liverpool Harriers (92 points) to our 120 as Rob Warner won the Race followed by positions 7th, 14th, 27th, 34th, 37th with all our counters finishing in the first 37 places.

Joe Gebbie made the trip over from University to compete in the U20 Men’s race which had 129 athletes contesting and had a pretty solid run as he posted a time of 23.45 in 86th position.

Just two Harriers in the U17 Women’s race with just short of 100 athletes running. Amy Davies and Eleesha Charnley ran for the Harriers with Amy coming home in 64th place overall and 14th in ML with a time of 18.44 and Eleesha (78th) clocking 19.20 & 17th in ML.

Seventy five lads took on the U13 Boys in the Mid Lancs with five of them from the Harriers. Daniel Smith had a cracking run to just miss a top ten place by one as he crossed the finishing line in 11th in a time of 11.55 behind the winner – Border’s Alfie Lamb (11.20). Just one second separated the next two Harriers as Ben Ham placed 23rd (12.22) in front of Jonathan Brindle (24th) in a time of 12.23 and they were followed home by George Ramsden in 52nd position (13.43) and Isaac Smith in 75th with a time of 18.48.

The U11 Boys Mid Lancs Race with a field of sixty one, saw Sam ‘pocket rocket’ Aspey clock up another win by seven seconds as he crossed the line with his winning time of 7.17 to lead the Harriers into 2nd place with 28 points in the team event behind winners Trawden who scored 21 points. Theo Robinson and Liam Bennison are performing really well as they placed 10th and 17th with respective times of 7.42 and 7.55. Then came Charlie Haworth in 22nd place having another strong run with his time of 8.07 and he was followed home by Harry Smith in his first competitive season for the Club in 26th spot (8.15), Alexander Brien who is getting stronger all the time in 31st (8.29) and George Holman clocking 9.04 in 46th.

Hannah Davies is having a very good cross country season to-date and showed it again in the U11 Girls race as she came home in a time of 9.09 in 4th place and the team 5th overall in the Mid Lancs. Next home for the Club came Emily Smith – who like brother Harry – is in her first competitive season for the Harriers as she placed 21st in a time of 9.07.  Lulu Sharp then finished in 41st spot running a time of 10.28.

This annual race, held by Darwen Dashers in memory of David Staff, a member of Darwen Dashers who sadly passed away at the age of 17yrs due to a cardiomyopathy. Each year the Club and his father Granville stage this race to raise money for Caridac Risk in the Young, an organisation who campaigns all the year round to provide support and testing to young people all over the country.

On Sunday one hundred and twenty three runners lined up with seven Blackburn Harriers among them: And it was a good day for the Club as Ben Fish won the race by nearly a minute and half (26.50) from Wharfedale’s Sam Watson in 2nd (28.24). Victoria Mousley made it a double win for the Club as she won the Women’s Race with a new Course record of  33.41 in 19th position overall. 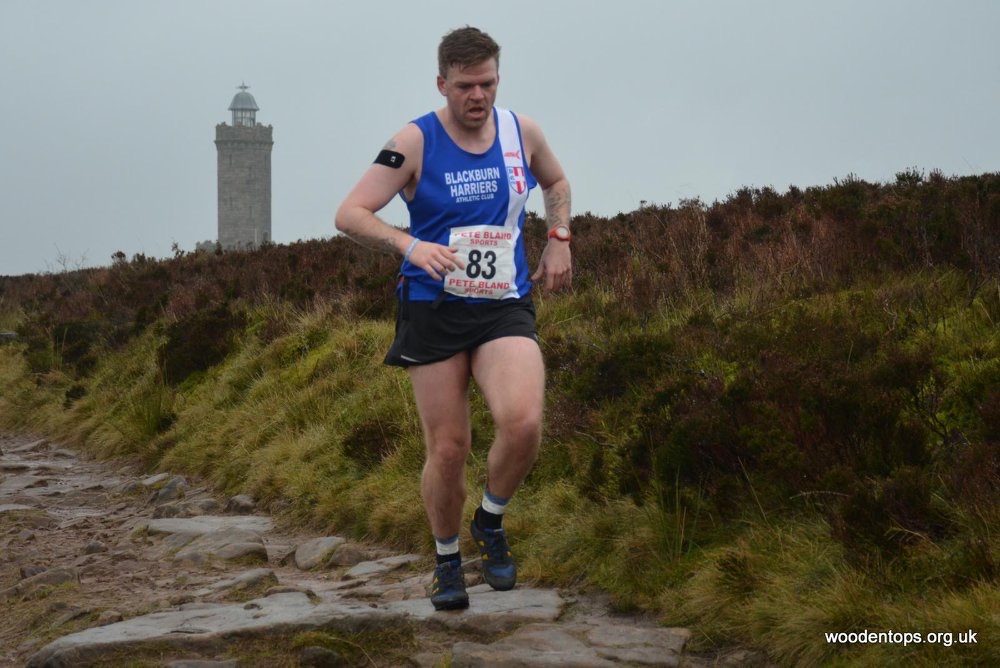 U15 Saul Sharp competed on Sunday in The British Modern Biathlon Championships in Nottingham at the Harvey Haddon Sports Centre. The first event of the day was the 1600m run in which he ran a time of 5:28:12, scoring 1210 points, leaving him in 8th place after the running heats.The second event of the afternoon was the 100m freestyle in the 50m pool. Saul came in at 1:06.40 which  scored him a further 1152 points making a combined total of 2362. That put him up 2 more places into 6th overall. He was a credit to the club and had a fantastic attitude and shown great sportsmanship throughout the event. It was fantastic to see so many youngsters enjoying the 2 disciplines today. Well done to all. 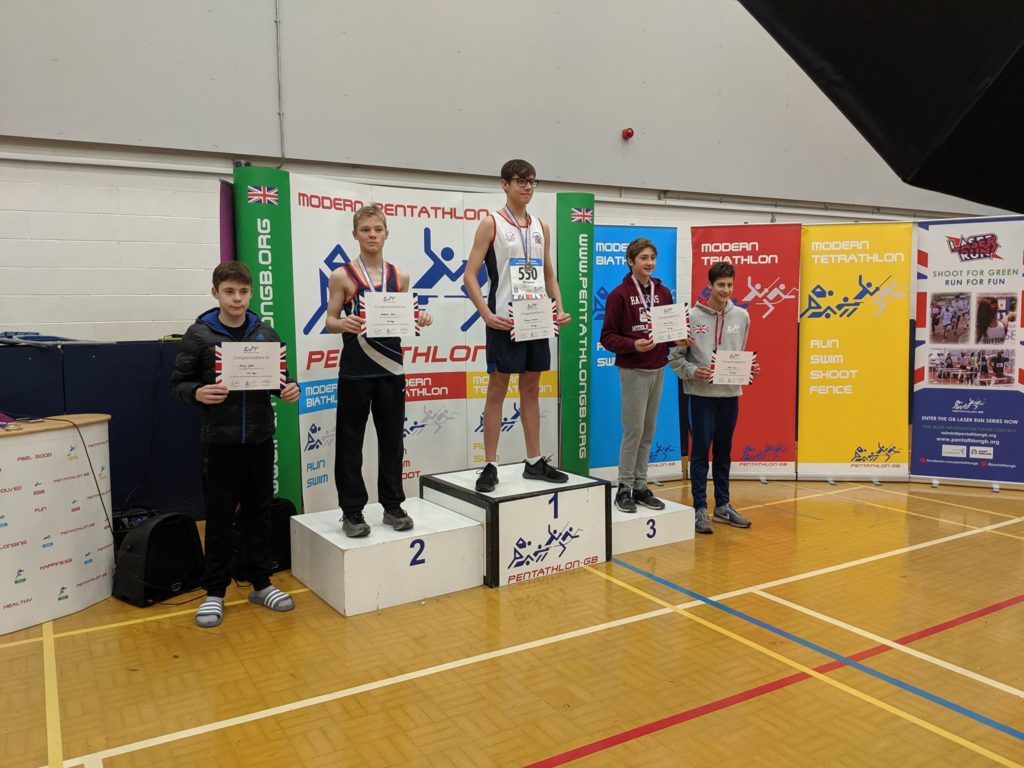 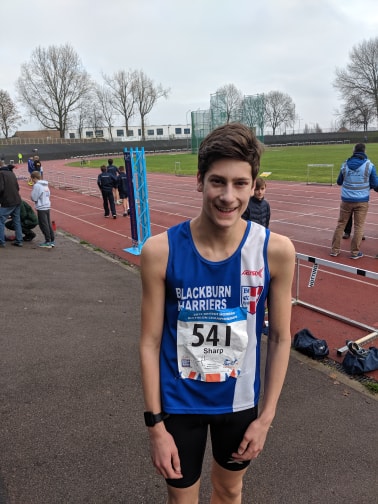 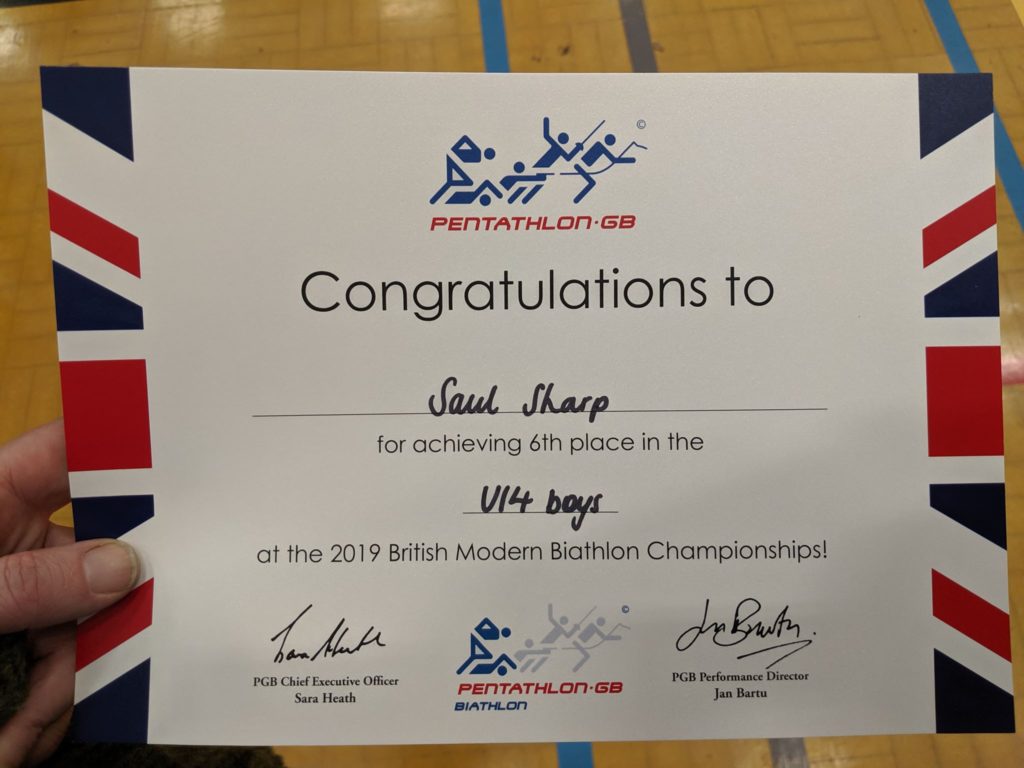 And finally on this weekend – one of the Club’s Senior Sprinters finally held good on his ‘threat’ and ‘promise’ to show that he has much more in his locker than just sprinting.

Guess who turned up at the Preston 5k on Sunday which had 114 runners taking part? None other than our very own Dominic Bretherton. And what a good race he had, finishing in 20th place overall clocking 21.20.51 you have to give him some credit, especially as it is rumoured that he doesn’t run much more than 500m in training!! Hats off to Dom.

For Athletics News from around the UK, race videos & interviews and discussion on the sport check out eightlane.org

Check out your current national or regional ranking! Click the power of ten logo
(new window)

Do you make the Grade?

For Team Managers see our contacts.