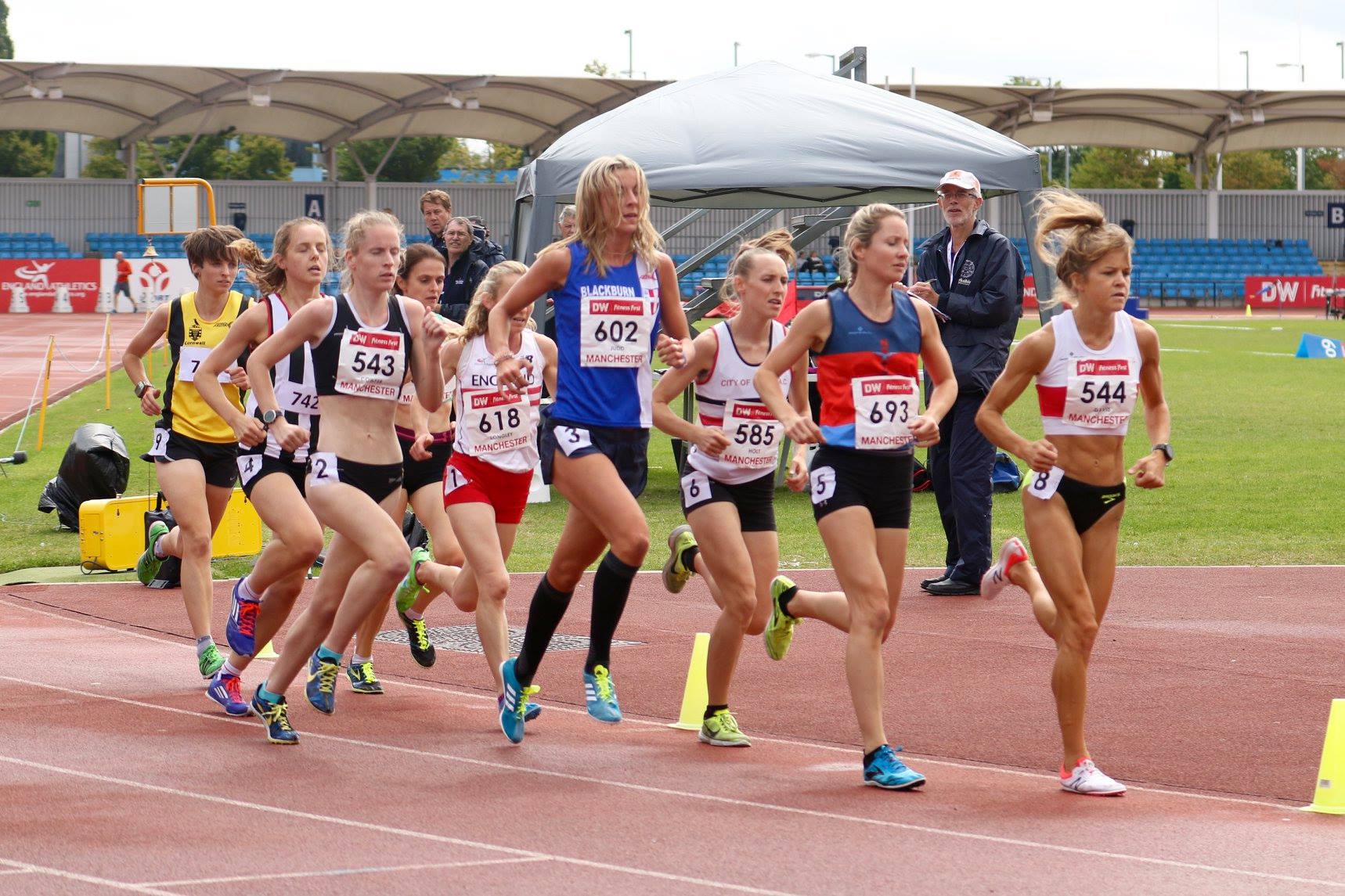 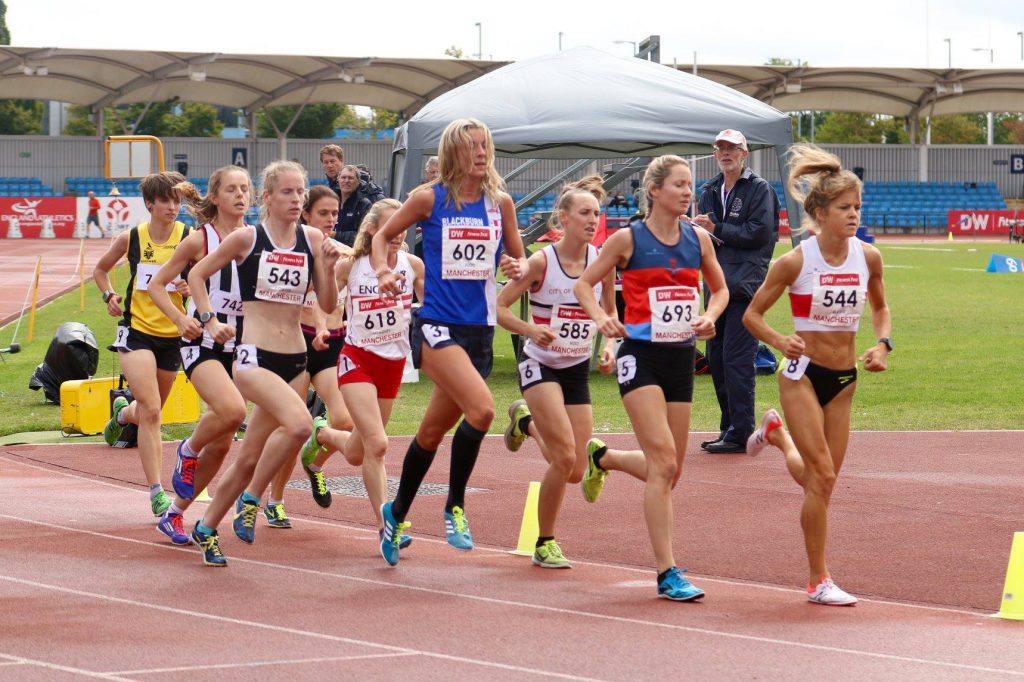 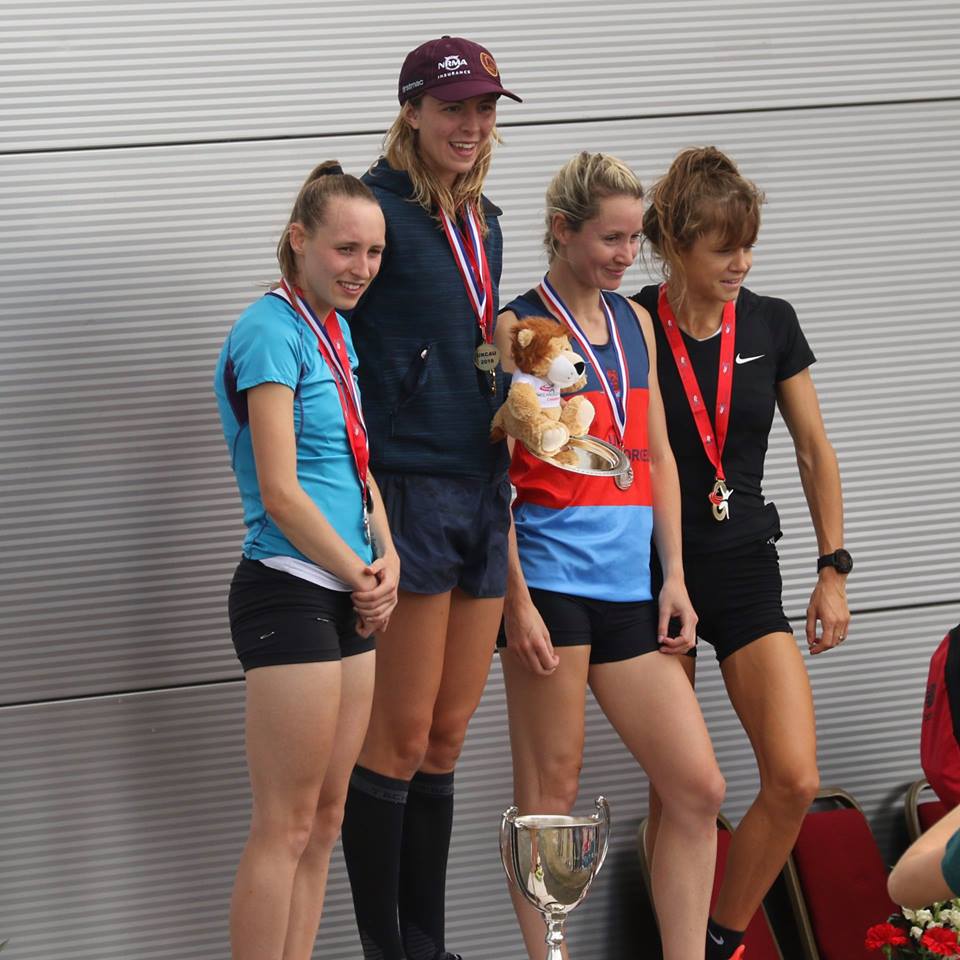 Rob Warner was also competing at the Championships in the Men’s 5000m Race featuring eleven athletes and won by Alex Teiten in 14.42.42. Rob finished in 9th place clocking a time of 15.13.95. The fact that many of the athletes finished close to a minute outside of their personal bests was testament to the weather conditions endured on the day. 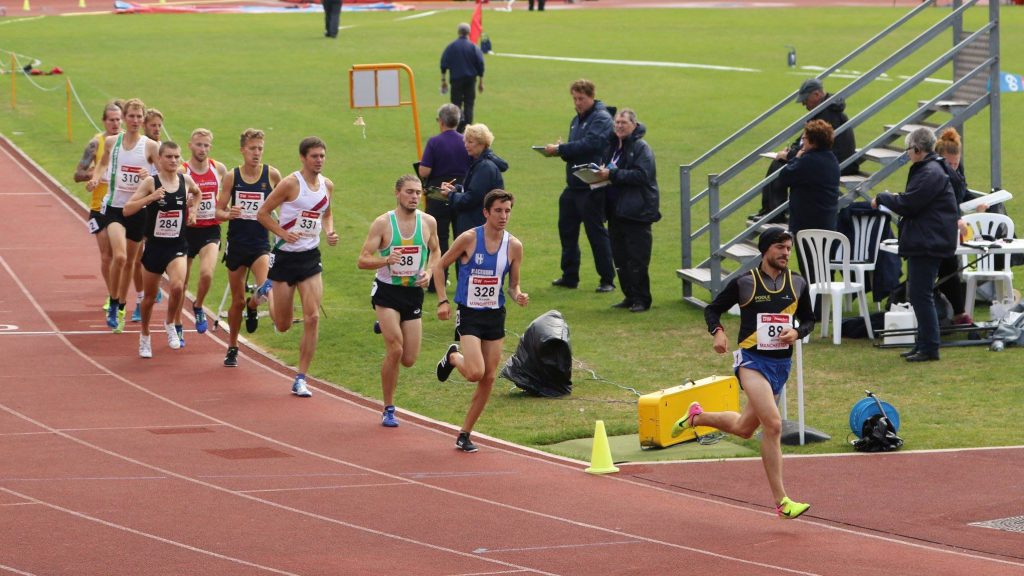 An extremely unusual day in the life of the Mid Lancs. The weather broke from the heatwave as the heavens opened and the wind blew and then the sun came out! The weather, the distance to travel for a lot of athletes and school holidays probably all combined to see one of the lowest turnouts for many a long time in this League – and – even more unusual – all events went off on time! Even so, the track timetable was suspended at one point because young athletes were coming off the track freezing cold and wet through – so congratulations to all athletes and officials who made the journey up to Barrow including fifteen athletes from the Harriers and just two officials – Jean Hoyle (Field) and Lindsay Davies (Track). 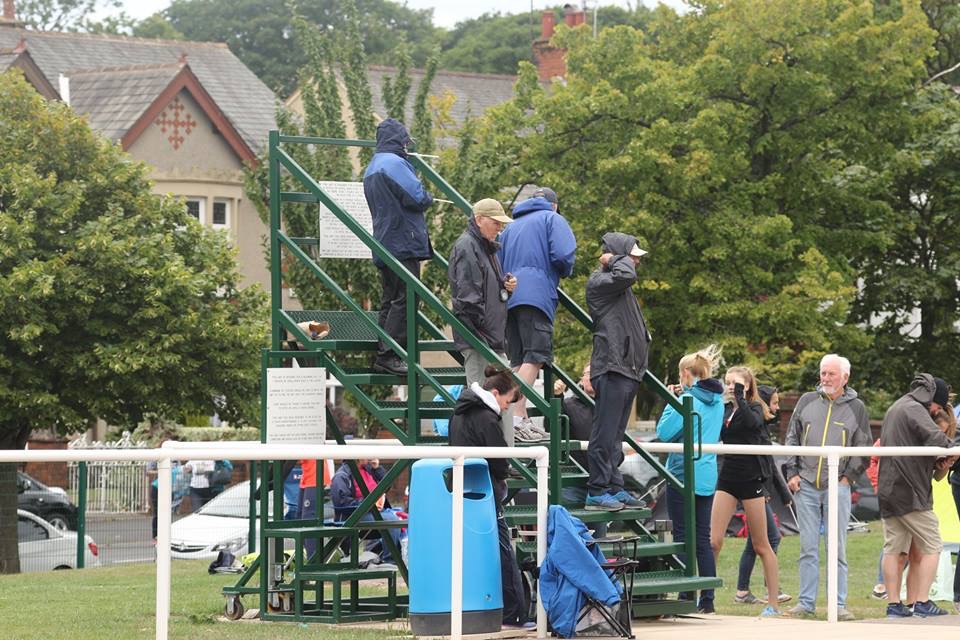 U15 Matthew Heywood braved the weather to complete three Throws Events to win the Hammer with 37.57m, won the Discus with a throw of 28.96m and came in 4th in the Javelin with a distance of 24.78m which was a new PB by over 4 metres. Continuing with Throws Kyle Taylor-Pomfret threw 22.69m in the U15 Boys Hammer whilst Nicky Saunders in the U15 Girls finished 2nd in the Discus with 23.84m and 3rd in the Hammer with a distance of 26.22m. Also in the U15 Girls Throws events – Grace Bontoft threw 11.48m in the Discus (5th) and 25.64m in the Hammer for 4th spot. Sister Madison Bontoft was in the U13 Girls Throws and finished 2nd in the Shot Putt with 6.57m – a new PB by over half a metre – and threw 12.81m in the Javelin (2nd). It was a great sight to see Charlotte Williams back in action for the first time in ten months after recovering from serious injuries involving surgery and rehabilitation. Like all the Throws athletes, she was competing in what might be described as less than ideal conditions but still managed a number of 50m plus throws to win the competition with a distance of 53.07m. Anna Peers was one of just two Senior Women in the Javelin which saw Anna throw just short of her seasons best with 37.44m in 2nd place. 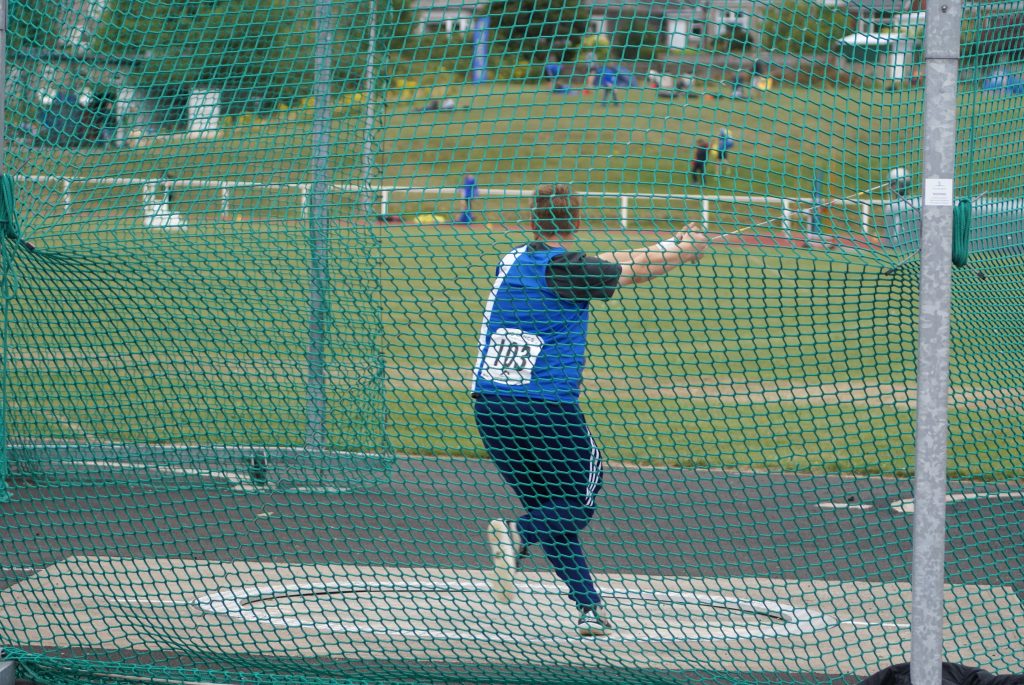 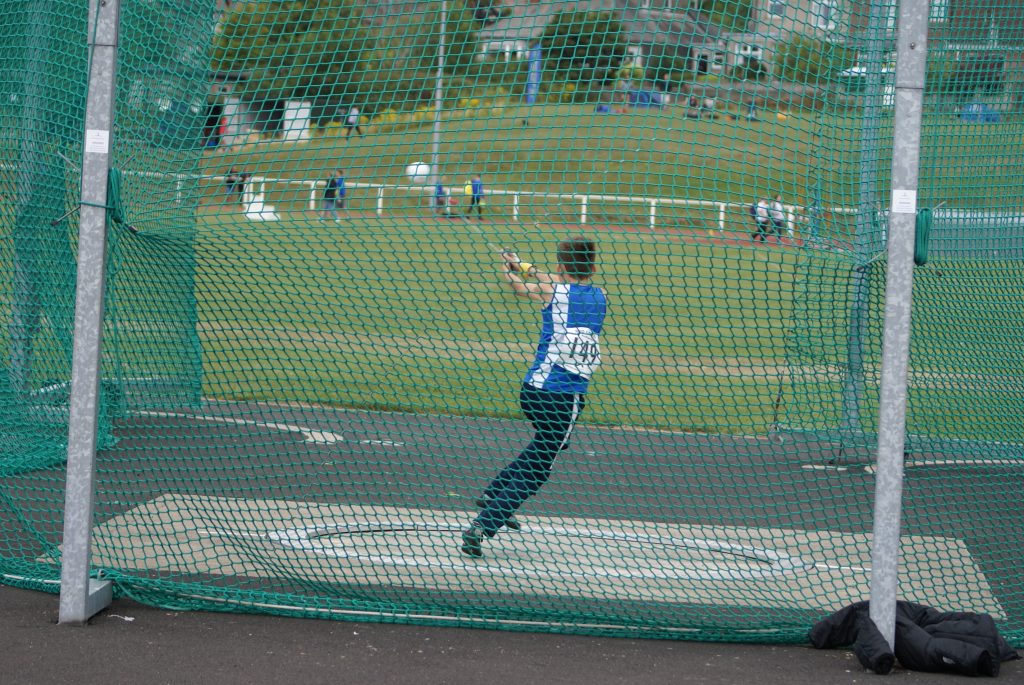 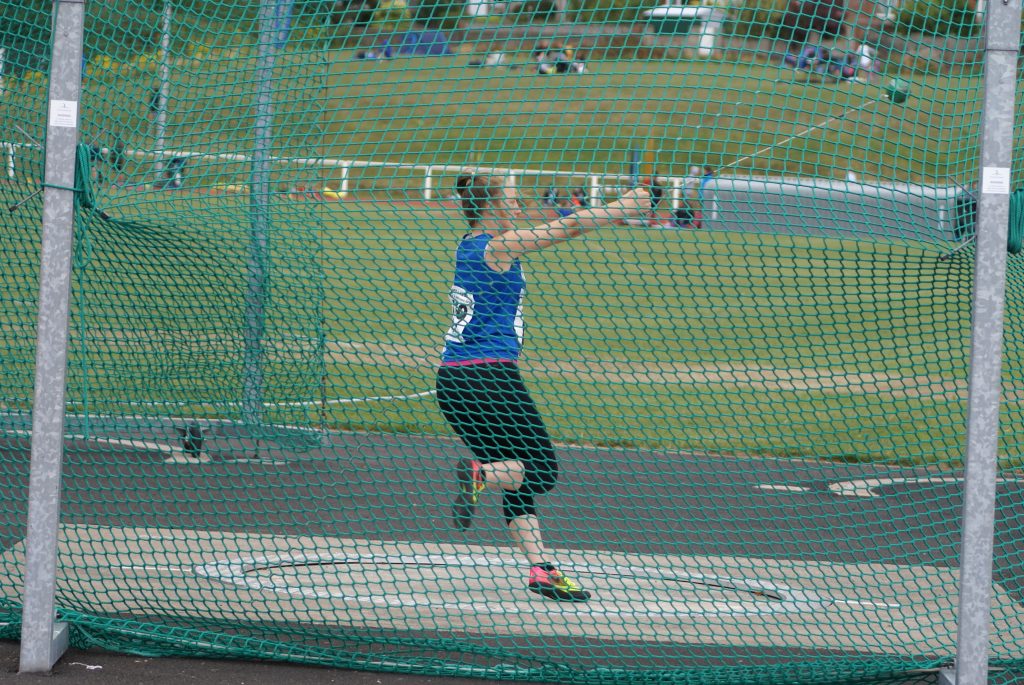 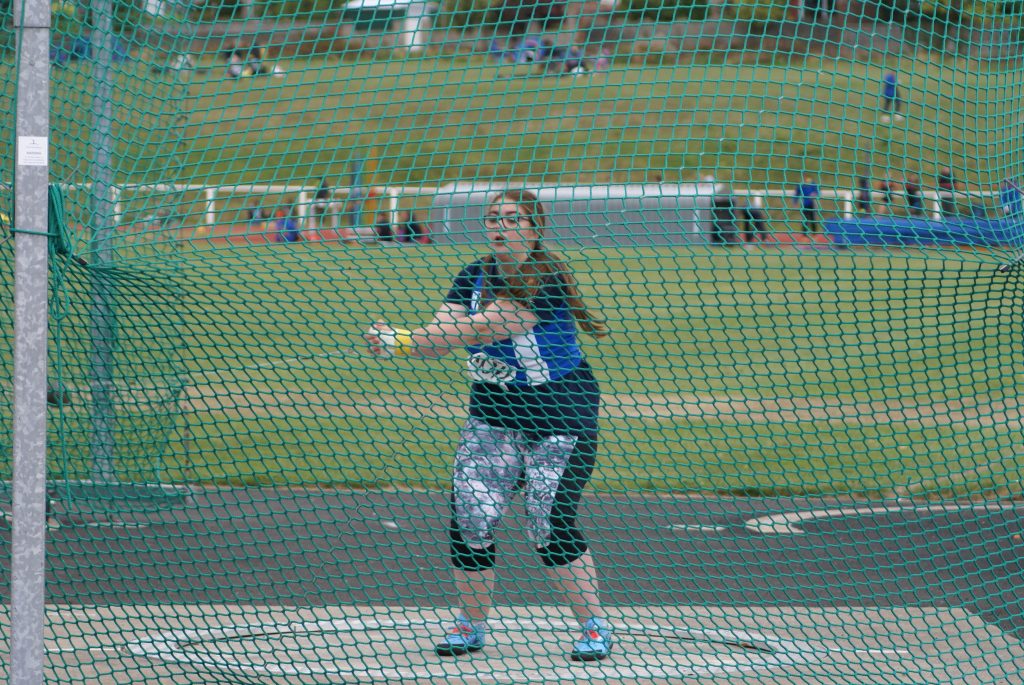 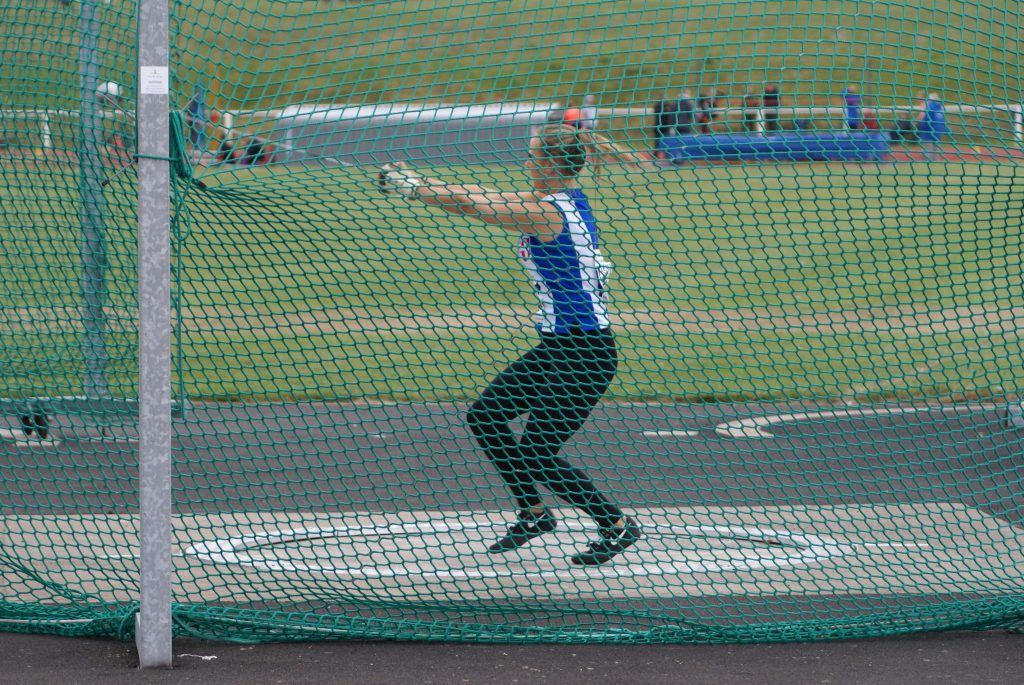 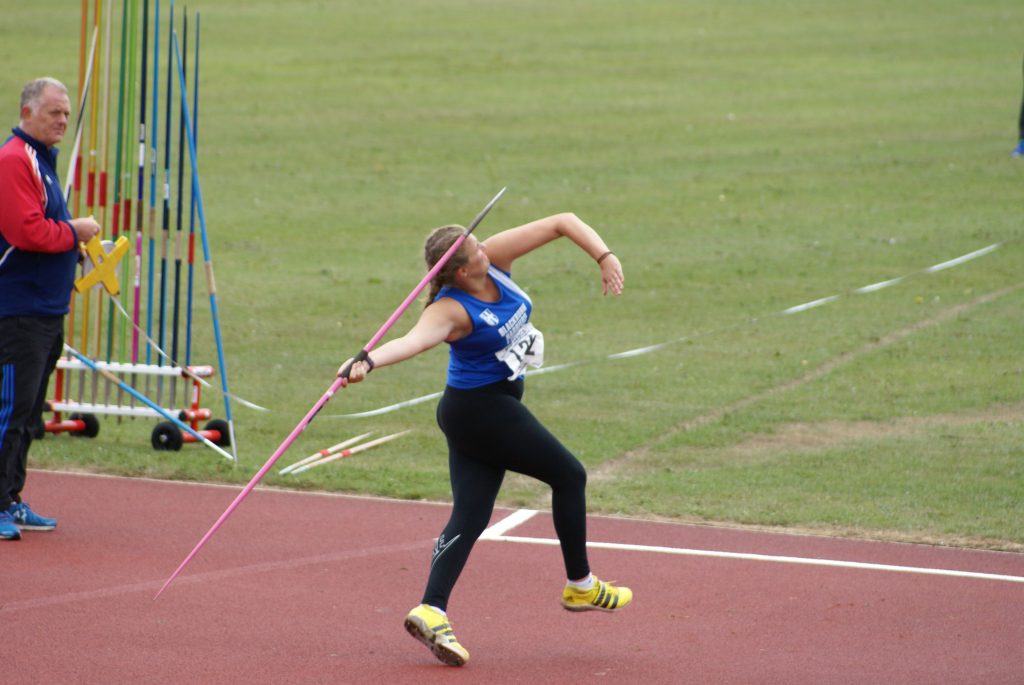 In the Jumps events Kyle Taylor-Pomfret had a jump of 1.35m to finish 10th whilst U17 Ben Branton set a new PB of 5.50m before going on to reach 5.51m in the Long Jump – a 13cm improvement on his previous best. 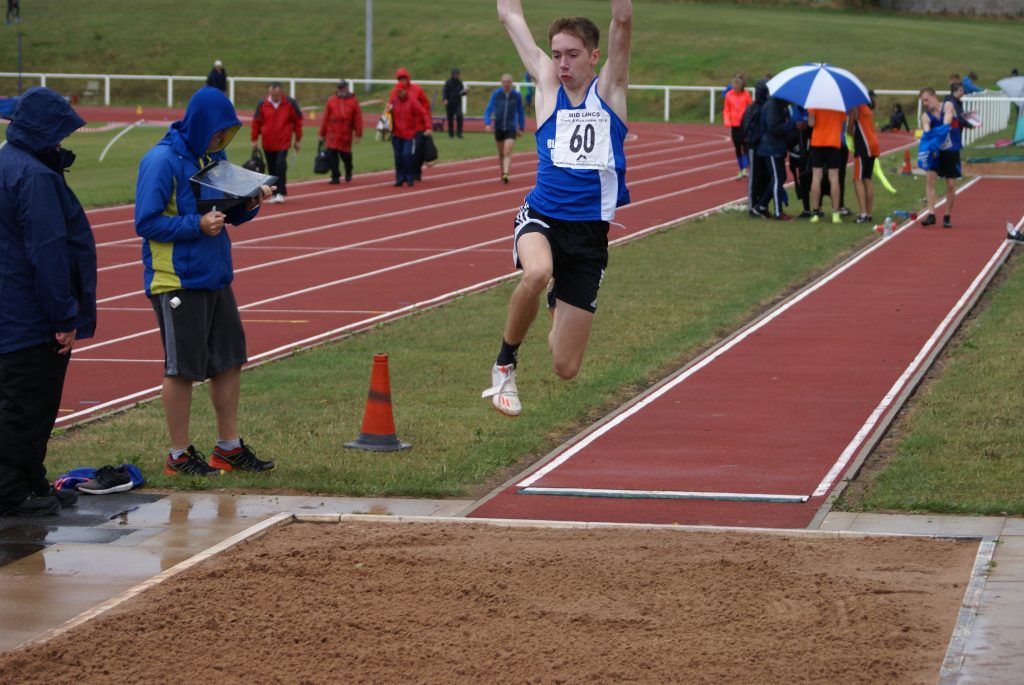 On the Track U13 Lewis Hardman ran his first ever 100m race to clock a time of 16.50 in 4th place, whilst Ben Livesey ran his first ever race for the Club to post a time of 30.60 in winning Heat 2 of the U13 Boys 200m. In Middle Distance Kyle Taylor-Pomfret, as with all the other athletes – were competing in the wind and rain which meant more like survival than running for times. Kyle placed 6th in a time of 2.35.20 in the U15 Boys 800m which had nine athletes in total. 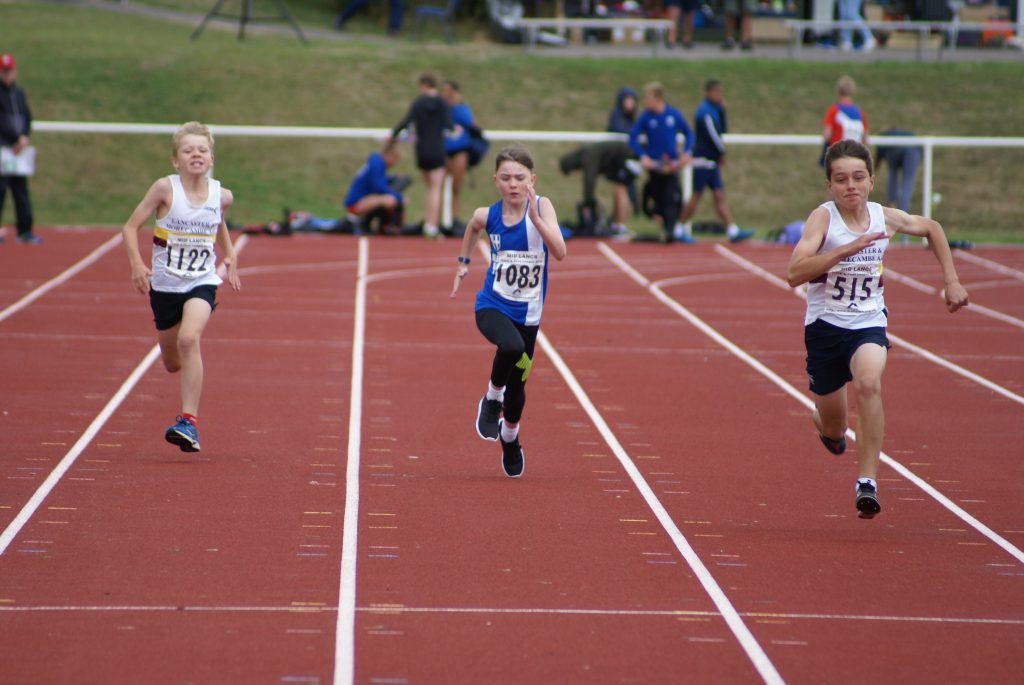 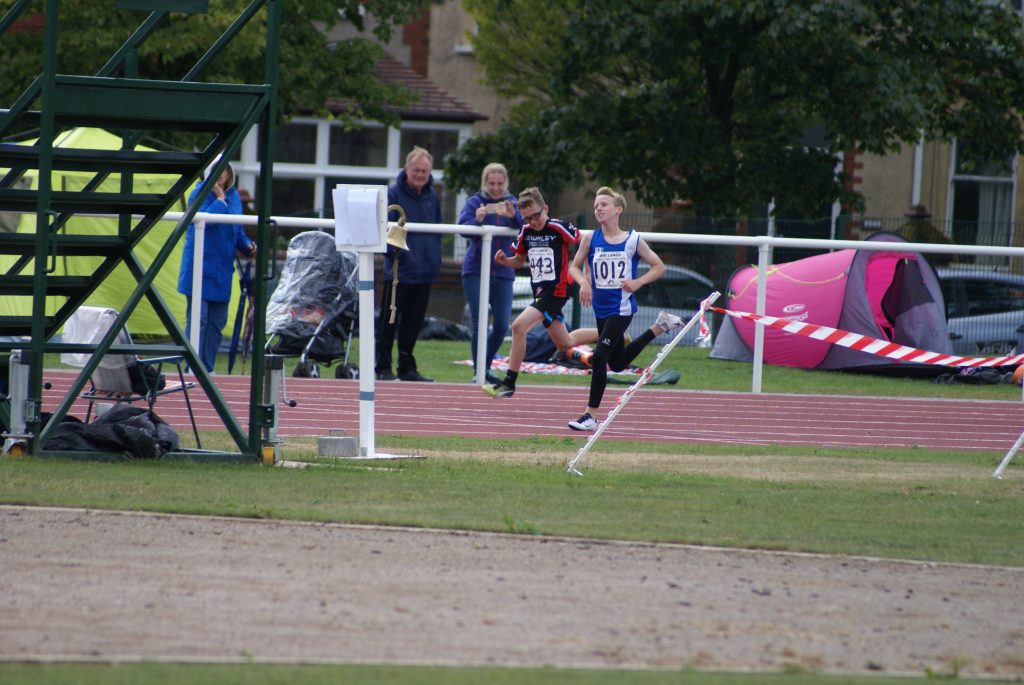 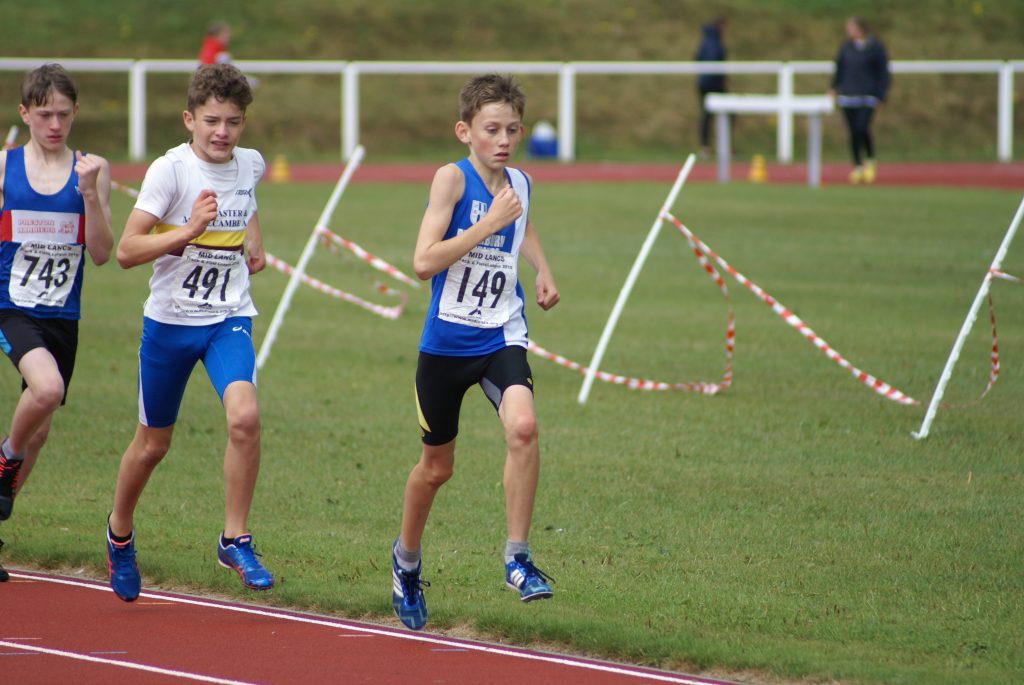 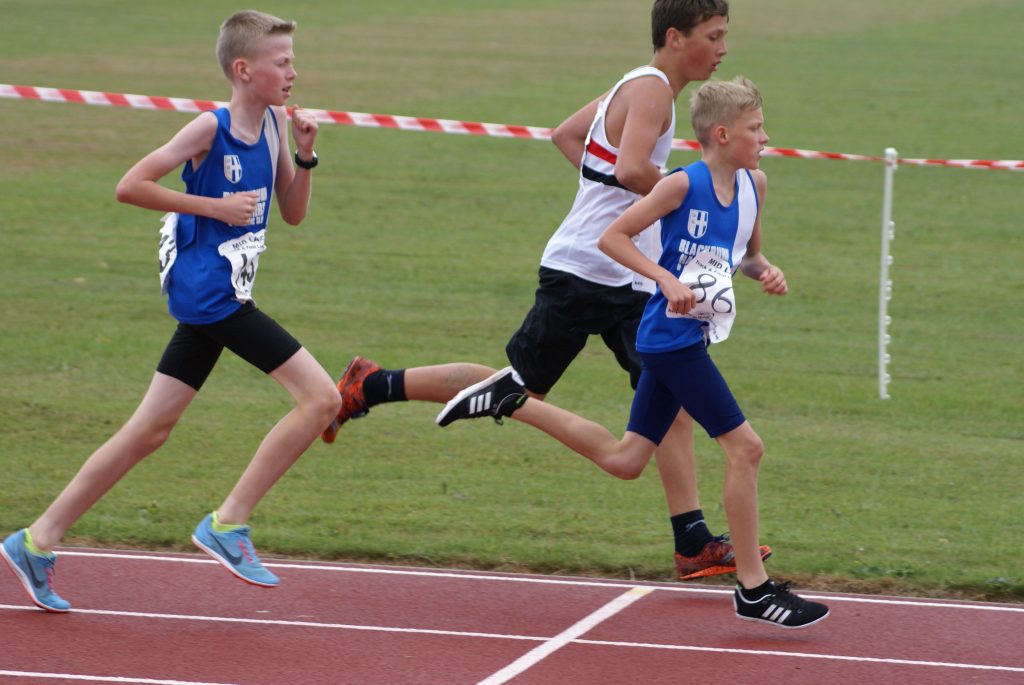 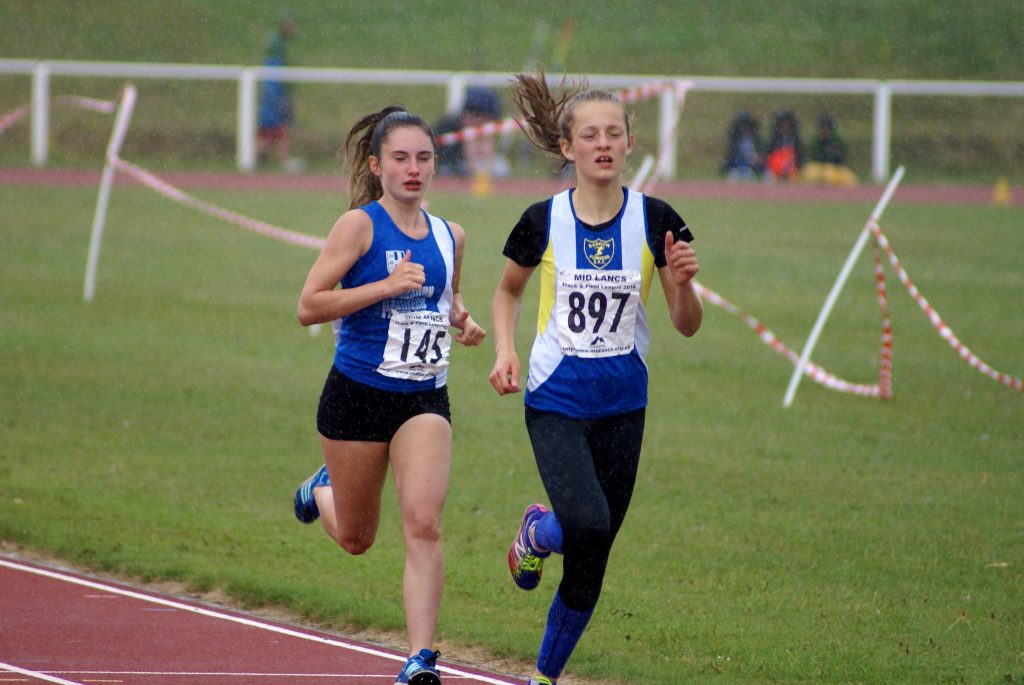 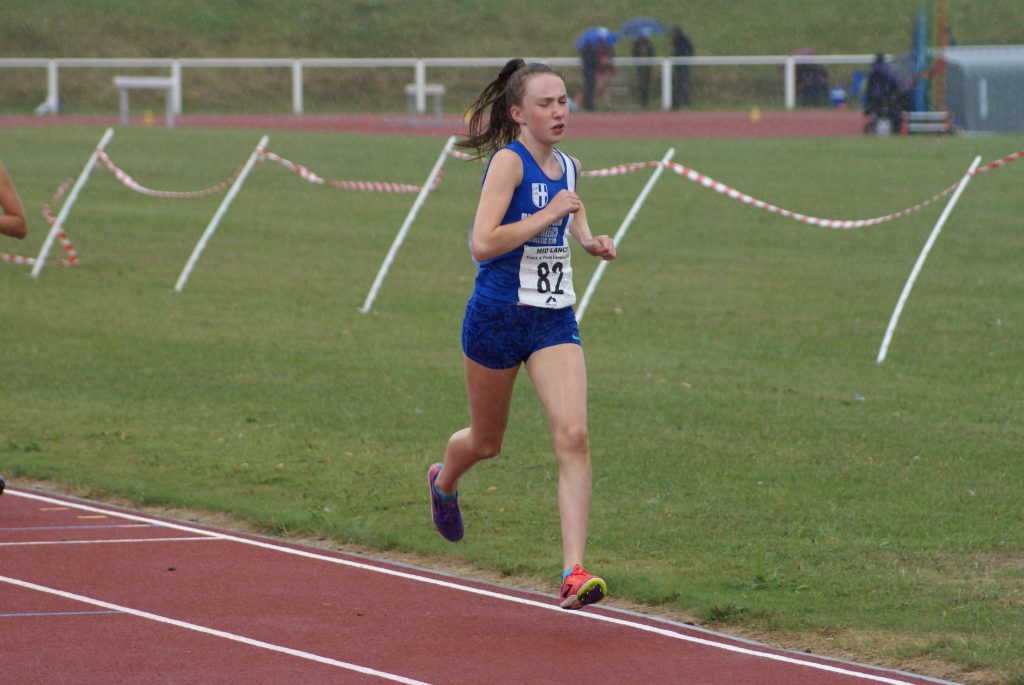 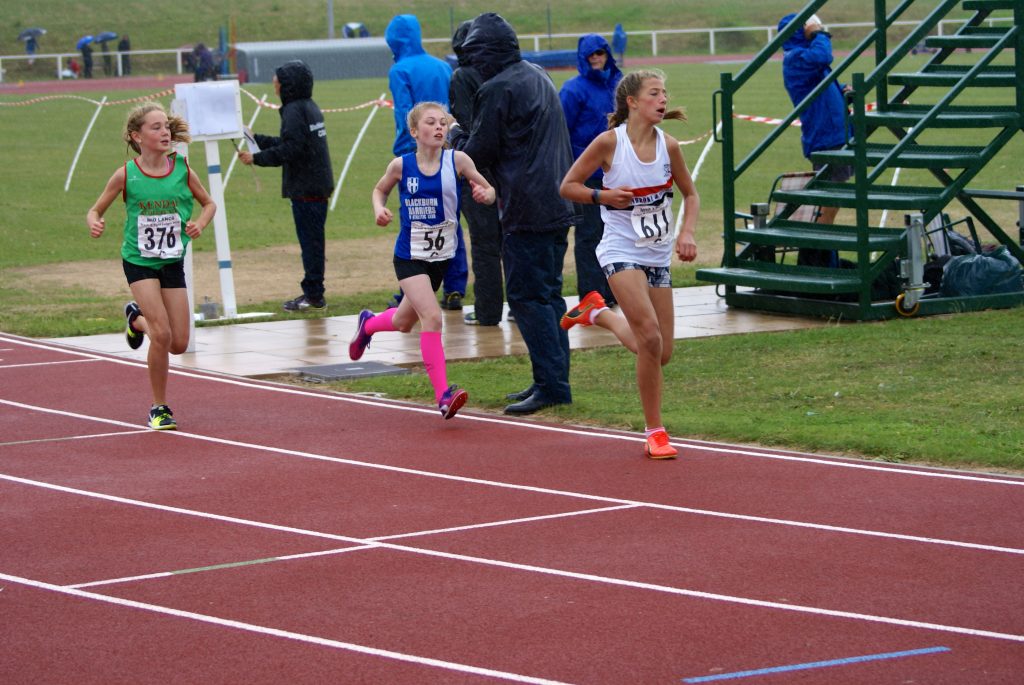 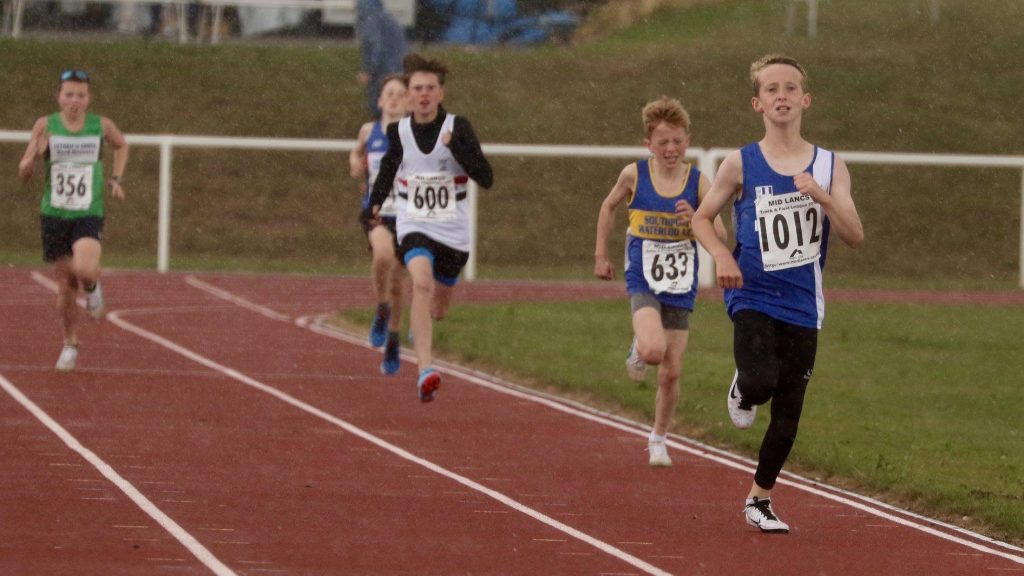 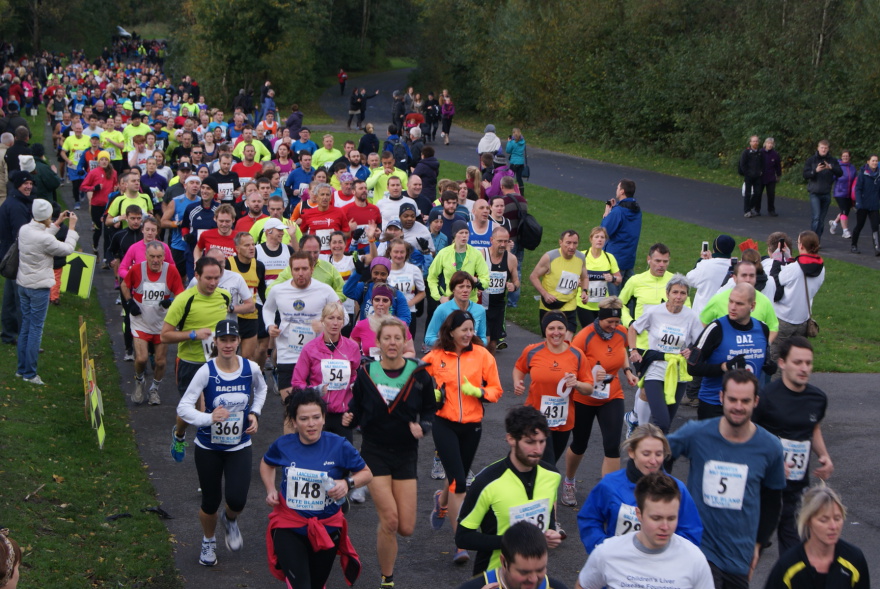 The Lancaster Race Series had a 5k and 10k Race at the weekend which had Helen Leigh making a very welcome return to road racing – her first since 2016 after a series of continuous injuries. Helen ran the 5k in a time of 19.30 coming home 14th out of a field of seventy two, whilst Paul Jeffries ran the Pilling 10k featuring nearly a hundred runners to clock 42.30 in 22nd place overall – a new PB by nearly a minute and a half – delighted with his run, Paul told us “had a great run on Saturday on the pilling 10k  the weather was horrendous with heavy rain and a breeze, managed to gain a new pb, really pleased with the recent results, the track sessions are paying off for sure”

After the 5k Race Helen commented on her first race in two years telling the Harriers “My last minute decision to run the 5km at Lancaster paid off rather well. I’ve not raced in 2 years due to hip surgery but after a recent spell of some steady runs I thought I’d give it a go. Was pleased to run 19.30 and be 2nd lady to the speedy Emily Japp; winning a deckchair, chocolate and wine in the process! It’s about 20 miles too short and 1000m too flat for me, but a race is a race and it was brilliant to blow the cobwebs away”.