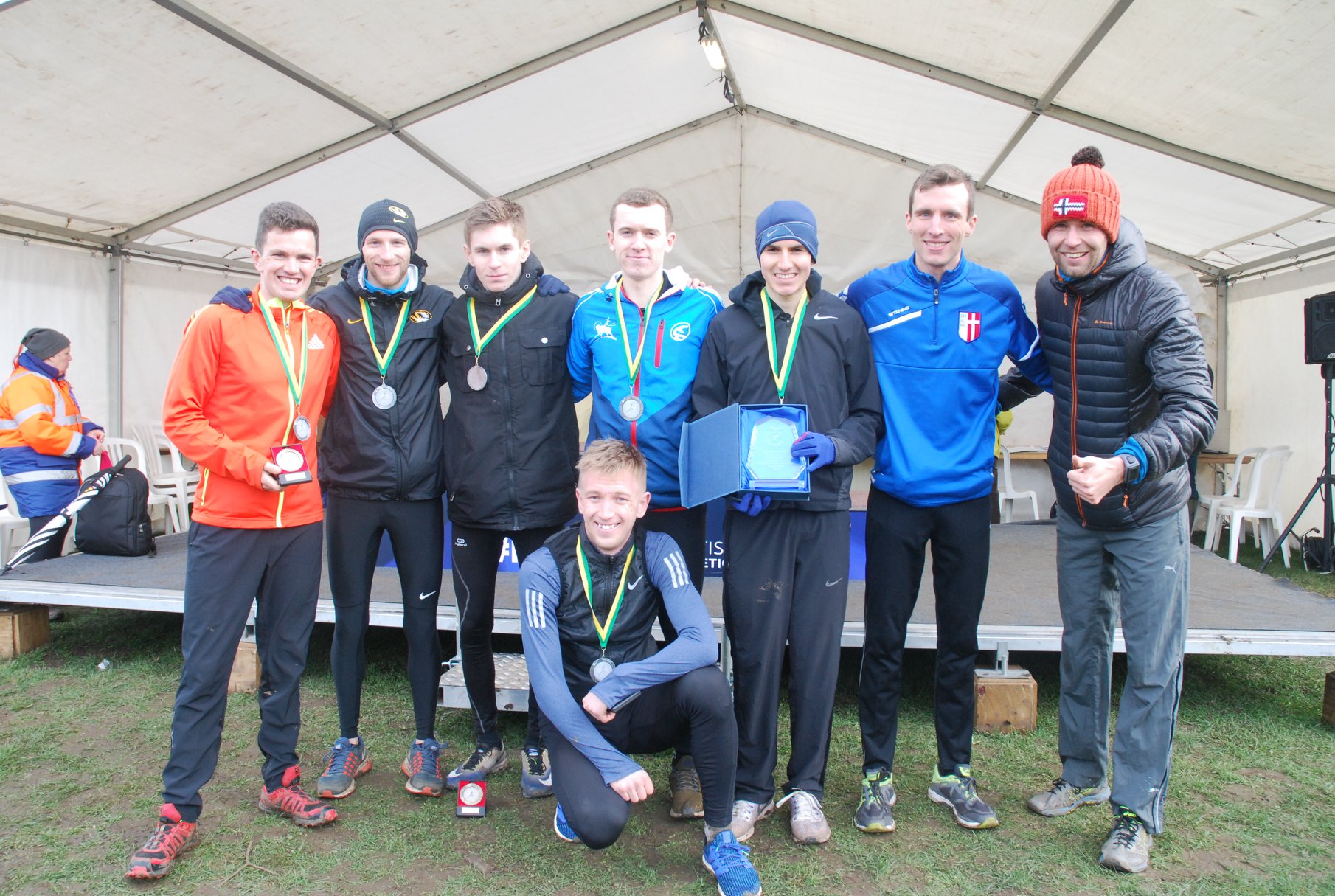 It was a pretty good day for Lancashire at this years Inter-Counties Championships which saw the Senior Men take Silver in the 6-Man Team – just 8 points behind the winners Middlesex – and Gold in the 9-Man Team with a Bronze Medal in the U17 Boys. 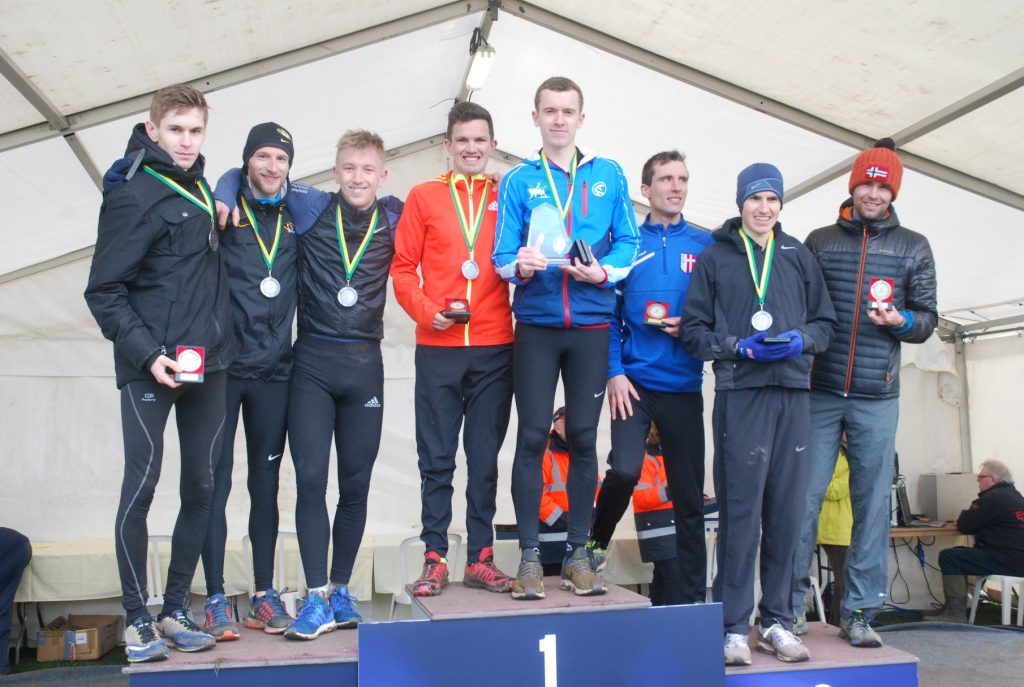 A number of Blackburn Harriers had been selected for the County squads with Jess Judd taking a top ten finish in the Senior Women’s race, a race packed with real talent which saw Jess place 9th in a time of 38.58 as part of the Essex Team which won the Silver Medal. Running for Lancashire Victoria Mousley clocked 45.53 in 159th position and 7th counter as the Lancashire team placed 5th overall. 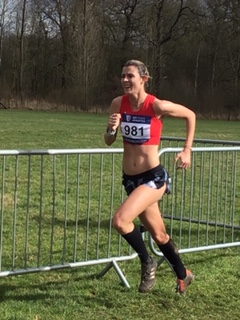 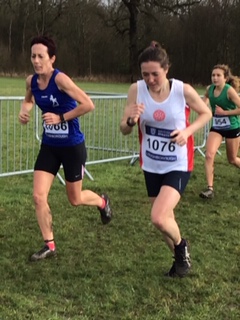 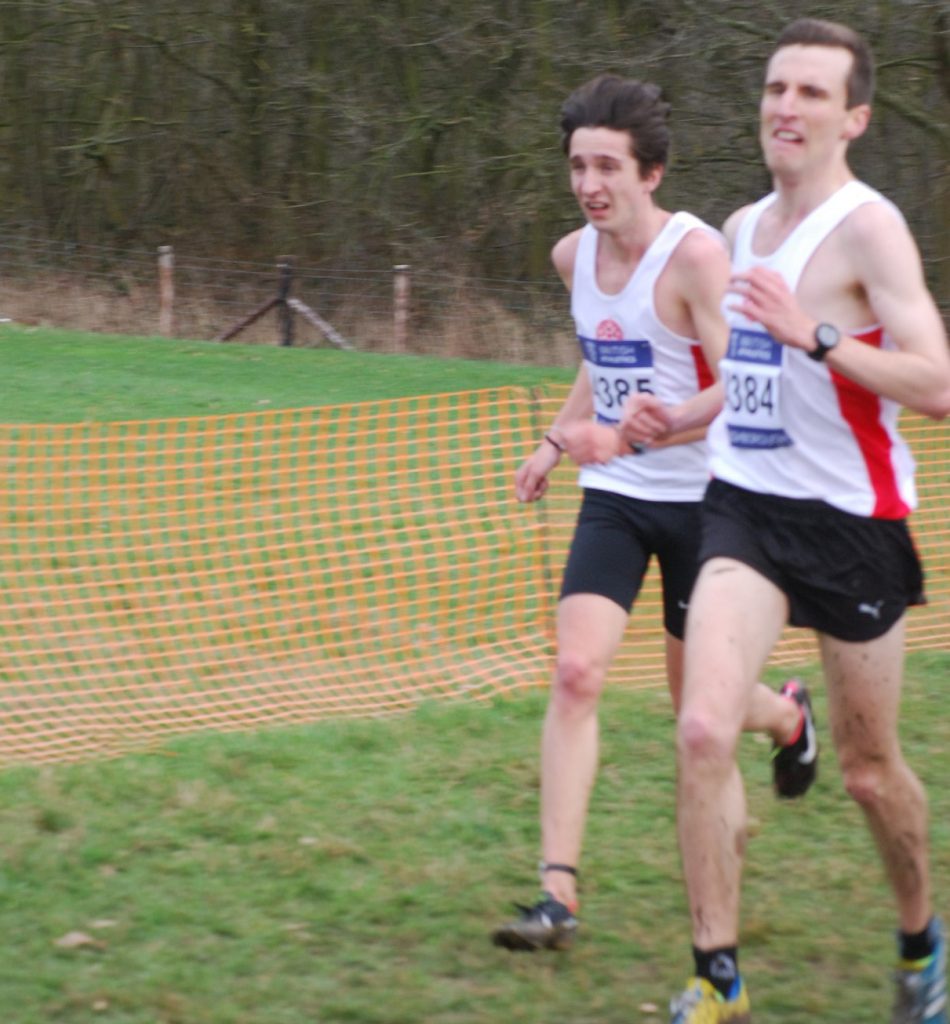 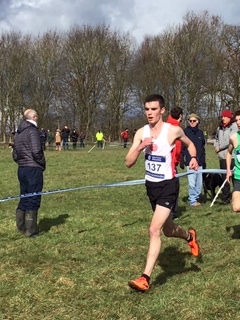 Maddie Elliott ran in the Lancashire U20 Team and was 4th counter in 87th place overall clocking 25.43. Isaac Butler was the first counter for Lancashire in the U13 Boys team in 45th position in a time of 12.48 with Dexta Thompson also running for the team placing 213th in a time of 14.12. Matt Ramsden and Sam Hodkinson has been selected for the U17 Men’s Squad and there was an expectation of a Medal which the team did achieve, taking Bronze behind Kent (1st) and Yorkshire (2nd). Matt came home in 39th spot (19.57) and 4th counter with Sam in 177th position (21.37). 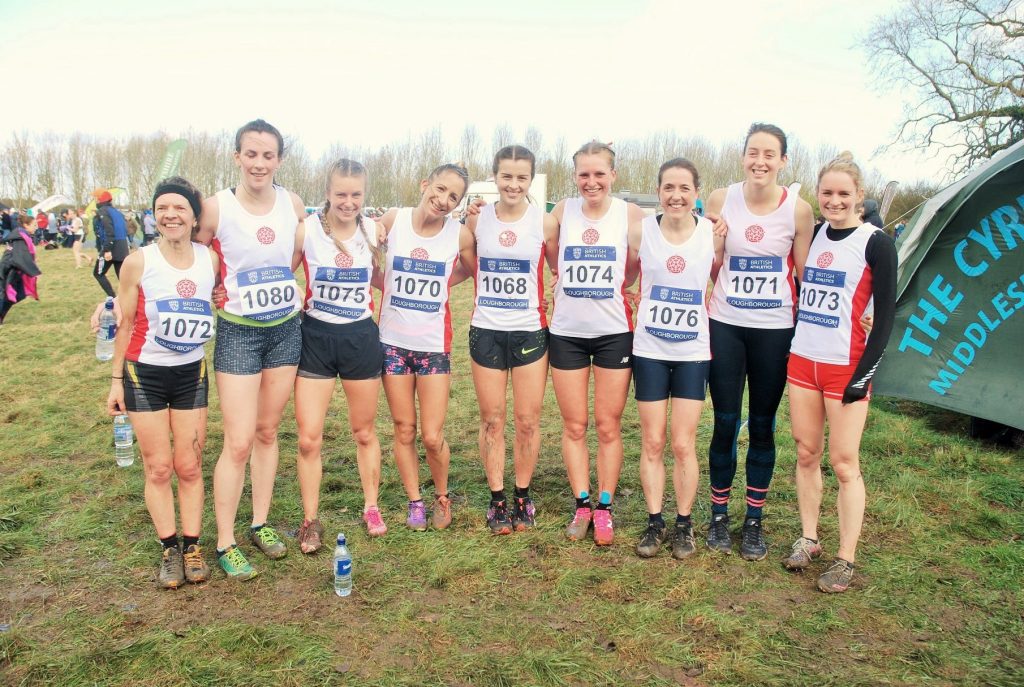 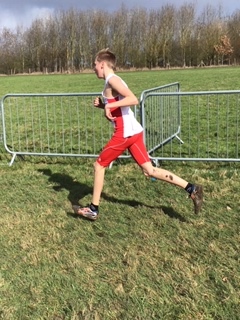 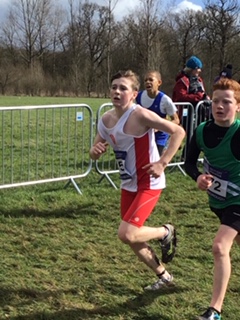 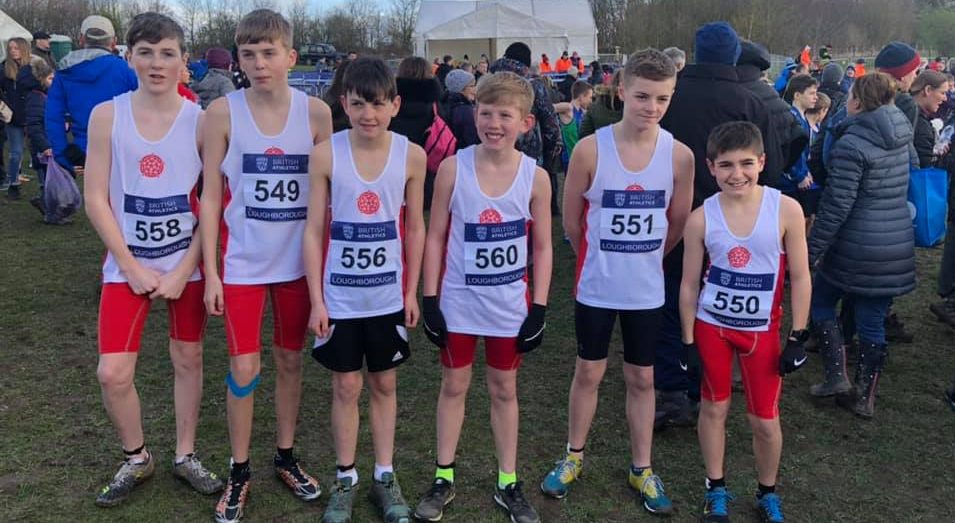 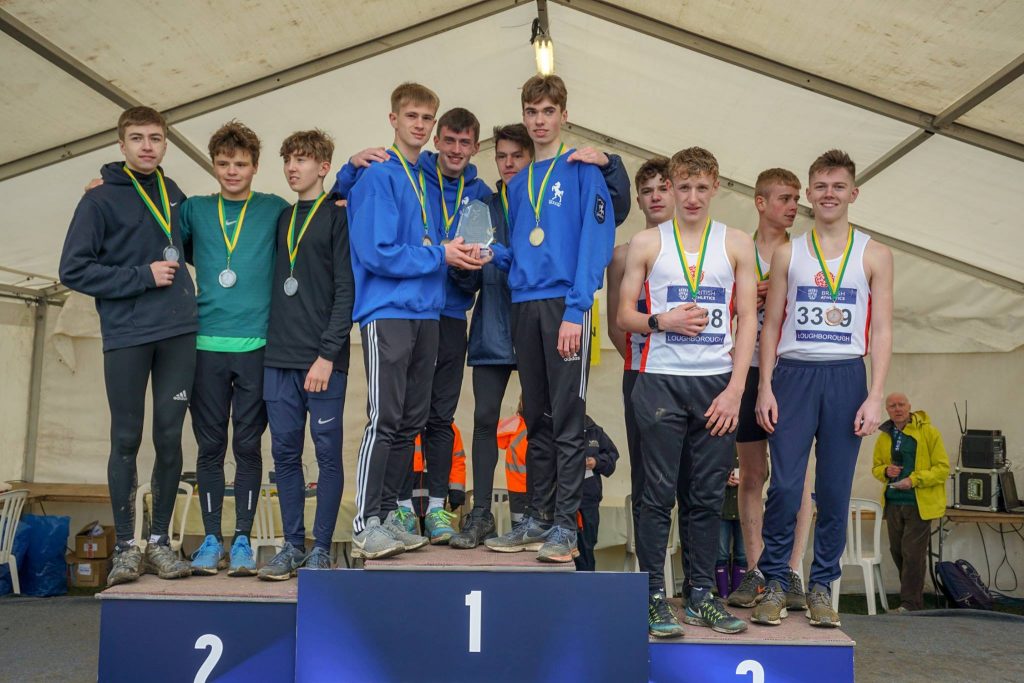 U17 Men in Bronze Medal position

It was a pretty horrendous day nearly everywhere for racing on Sunday and none more so than at the Todmorden 10k featuring one hundred and eighty two braving the elements in a race won by Queensbury athlete Tom Collinge in 35.52.

Pauline Powell had a very good run in the conditions to come home in 14th place overall with a time of 42.52 and being the first woman, commenting to the Harriers after the Race “I won the 10k today in awful conditions. The first 5k was a steep climb, it was snowing hard and was sticking as it was so high up, so became very slippy. It was also really windy, but despite all that i really enjoyed it, and felt good!“

Nearly 900 runners tackling the Trafford 10k which despite the conditions, produced some pretty good racing with race winner Bart Van Nunen clocking 29.26 and the first seventeen athletes home in 31.00 or less. Two former Women winners of the Harriers Ribble Valley 10k – Laura Weightman (2017) and Beth Potter (2018) – had a real battle for 1st place with Laura Weightman edging it in 31.59 (41st) and Beth Potter (32.03) in 44th.

Two Blackburn Harriers in this one with Jacob Watson having a fine run to just miss out on a new personal best by two seconds as he came home in 70th spot clocking 33.10 and there is little doubt that on a better day, that time gets improved. After Jacob spoke to the Club about his race saying that it had been an “Enjoyable run out at Trafford this morning and my first on that route. Not quite a PB, however I feel this might have been one of my stronger runs given the conditions. Well organised event and one I’ll have another bash at next year.” 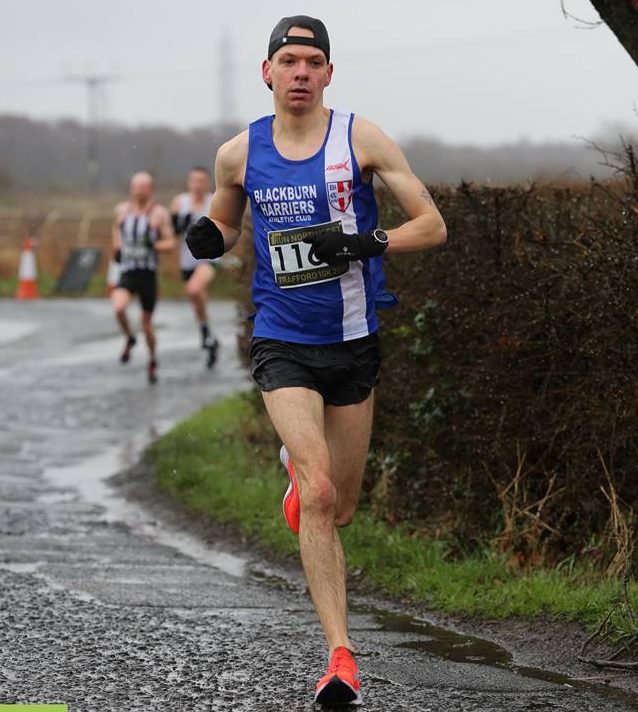 Calum Holmes was the second Harrier in the race finishing in 118th position (35.14) and told us “Firstly I would like to say well done to Jacob he had a brilliant run. I have been struggling to get back into it for a while and today I wasn’t sure how my race would go as I’ve missed key training sessions with the Harriers and wasn’t in pb shape but I have had a go today in poor conditions and got my seasonal best of the year in a pretty decent time, being 5 seconds faster than my previous Trafford 10k back in September when I acheived a pb of 35.19 in 2018”. 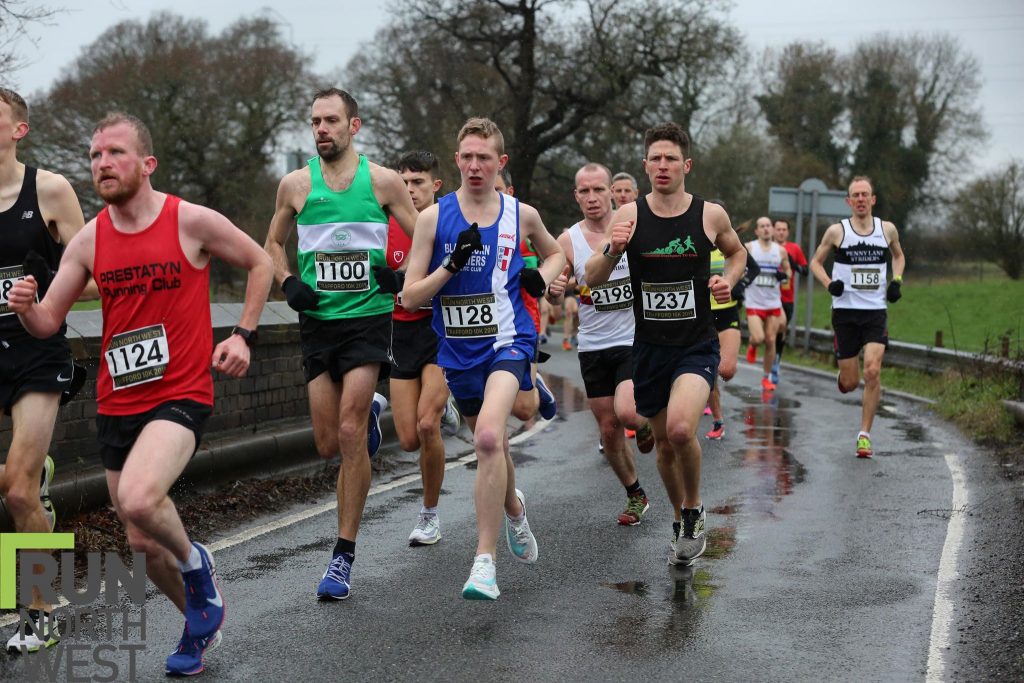 The ever popular Roddlesworth Roller – a local race starting in Abbey Village – featured over two hundred and fifty runners along with well over a hundred youngsters in the Daffodil Doddle on Sunday.

When the race finished Tom Blaney spoke to the Club about the Race commenting that it was the “First time at the Roddlesworth roller, just like XC i wanted a race where time means nothing and i could just go out there and race on feel. After setting off i just sat back and let 6 or so runners go so i could see who i was up against. As we got about a mile in i had already overtaken the ones who had set off too quickly and found myself in third. Going into the first climb, Daniel second place dropped off and i slowly went past him and at the same time Tommy Harrison sped up at the front. I thought “if i could just keep him in sight there was always a chance of catching him towards the end”. He was about 15m ahead and on every descent i caught up a little. By the time we hit 4 miles we had the big descent and i went for it ,he stuck on my heels it was horrible. He stayed with me all the way to the tarmac by the resevoir. The wind was awful, i just thought “ill give it everythig from here and if he overtakes me he deserves the win”…. thankfully i put about 10 seconds between us, i could barely stand up but i thoroughly enjoyed it, after about 10 mins of recovery i was pleased to take the win!! Well Done to Johnny Horrocks Great time today, and the rest of the Harriers running!“

Keith Gill spoke to the Harriers after, saying that it was “Good to see so many young Harriers braving the sleet and hail to run in this 2.2k local event. Some strong running at the front saw Blackburn have 4 runners in the top 7 giving us the Team prize. Matthew Smith was first home in 3rd place with 8:16, followed by Codie Dewhurst in 5th with 8:23, next was Dan Smith in 6th with 8:25 and then Oliver Gill 7th with 8:30. A great run from Tippi Francis in 32nd with 10:11, next was Isaac Smith in 49th with 11:02 and then our youngest runner 8 year old Charlotte Smith was 51st out of the 113 strong field with 11:07”. 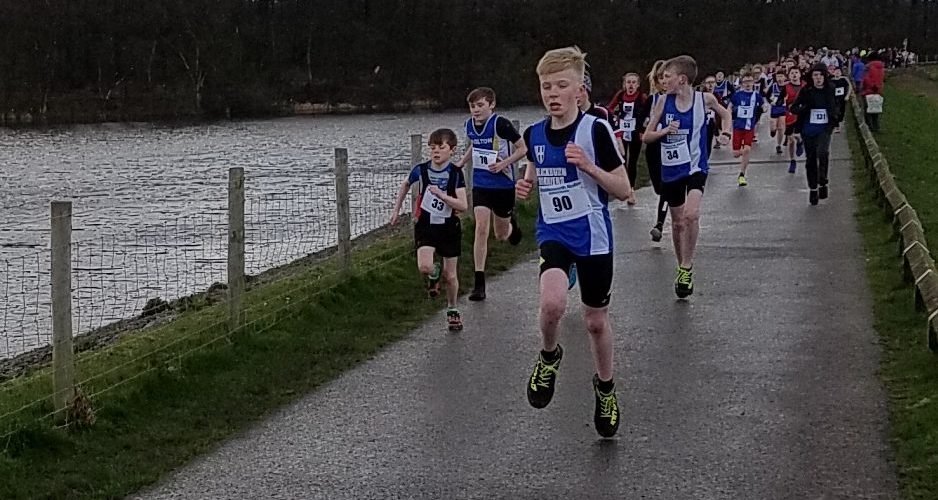 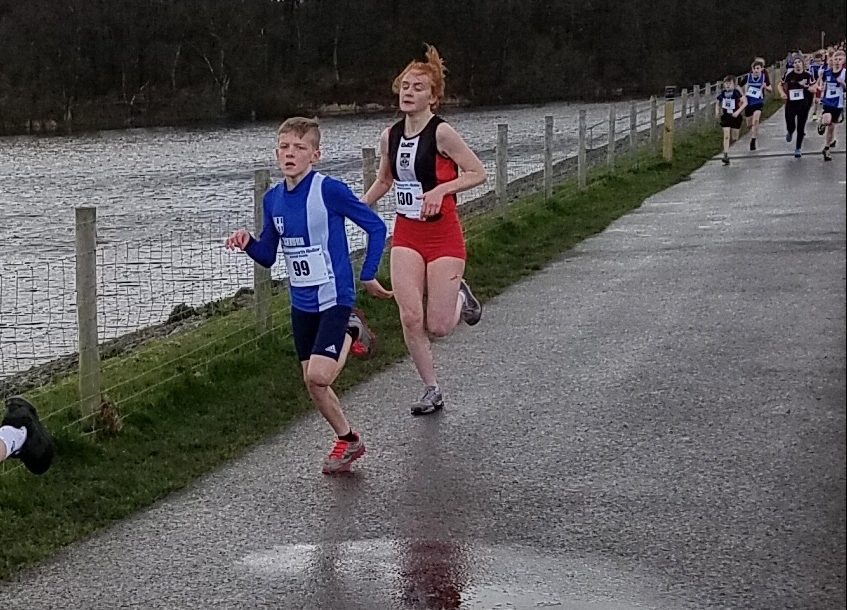 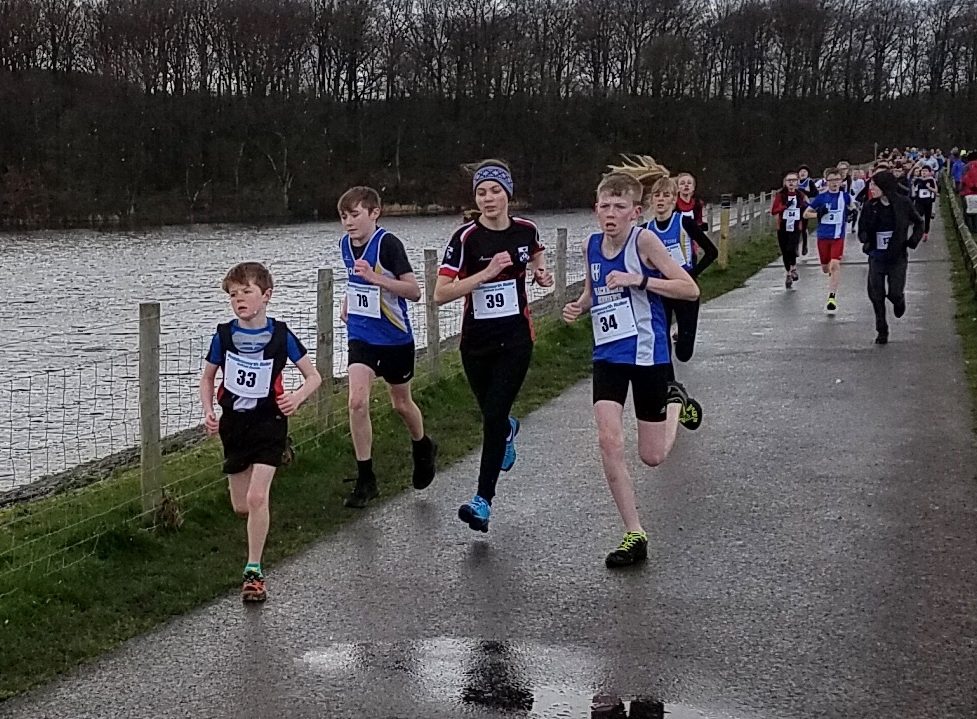 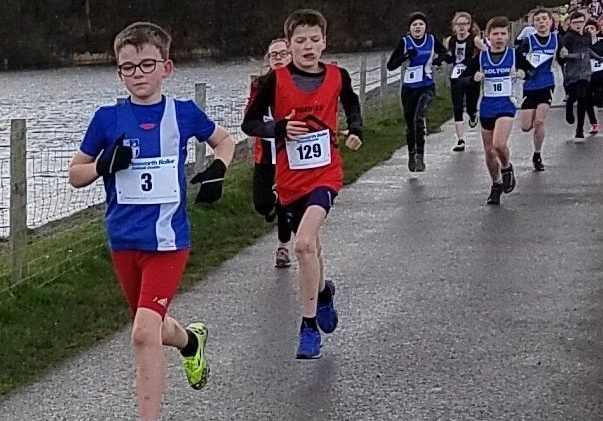 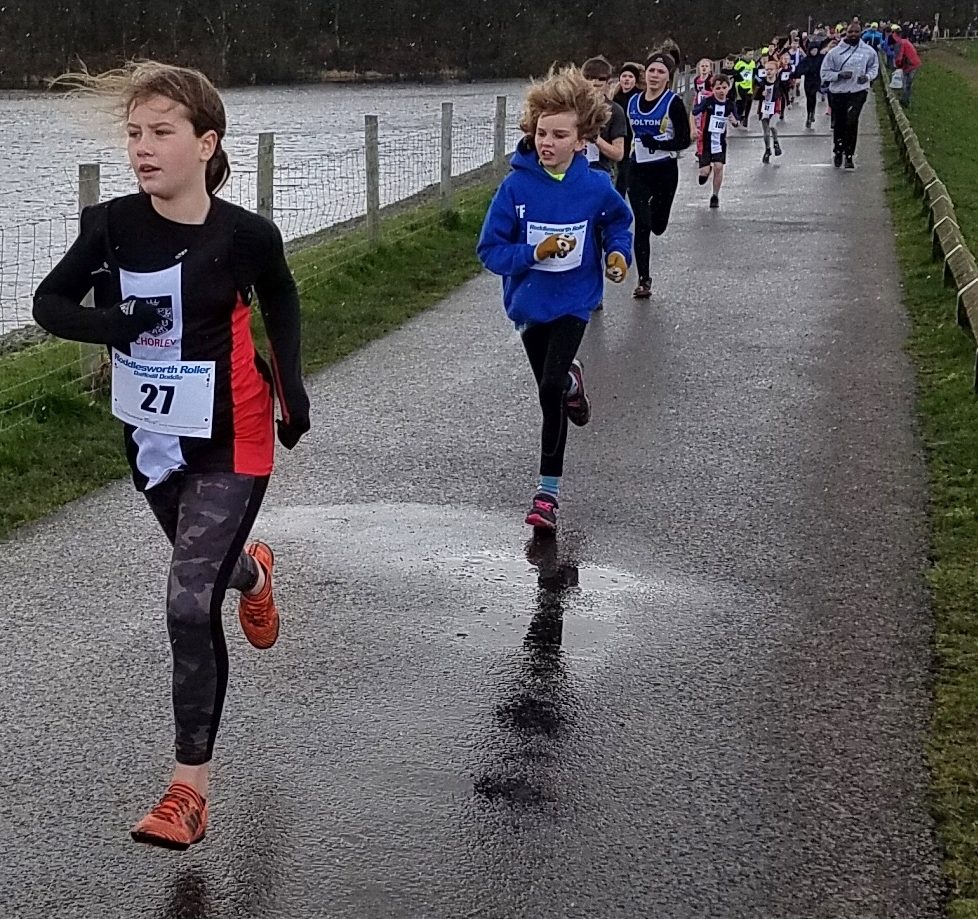 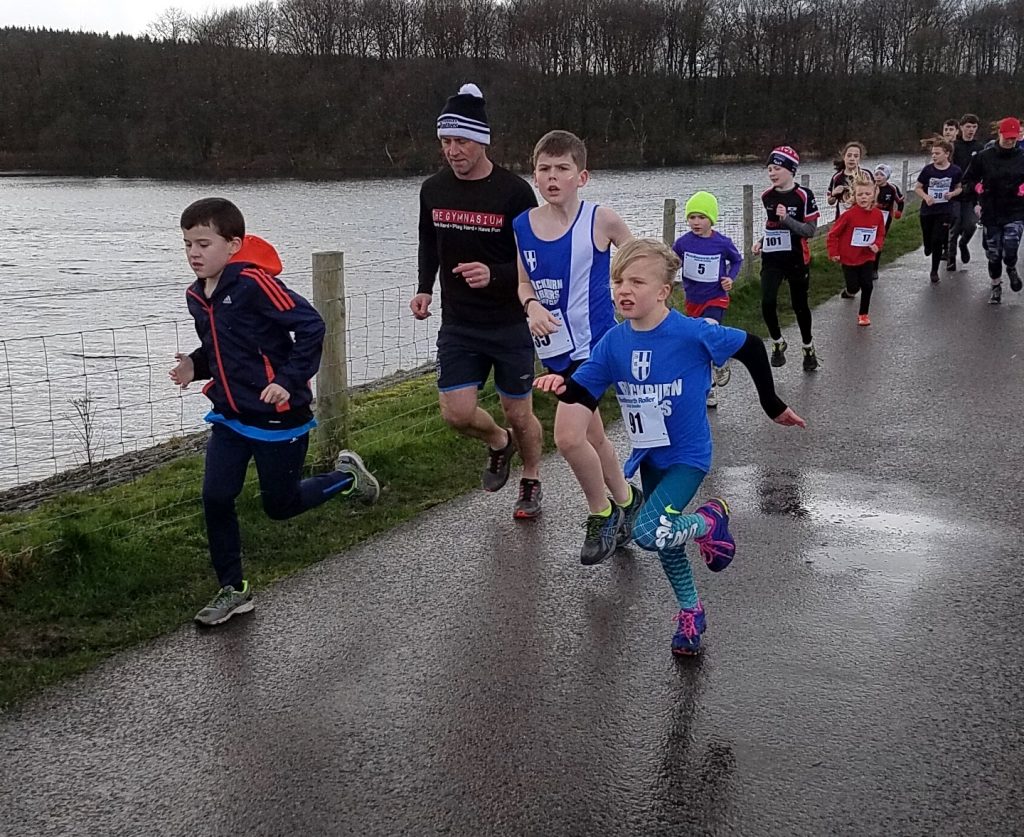 The final fixture in this years Winter Series hosted by Sale Harriers took place on Sunday with a couple of Blackburn Harriers racing.

U17 Imogen Mansfield took on the 60m and Long Jump clocking 8.72 for 3rd place in her heat and then jumped 4.24m to place 12th in a Long Jump event featuring thirty two athletes covering u13’s through to Seniors. Jaydon Brammer who hasn’t competed this year and only twice in this Series in 2018, clocked a time of 9.24 to win the U15 Boys 60m Hurdles race.