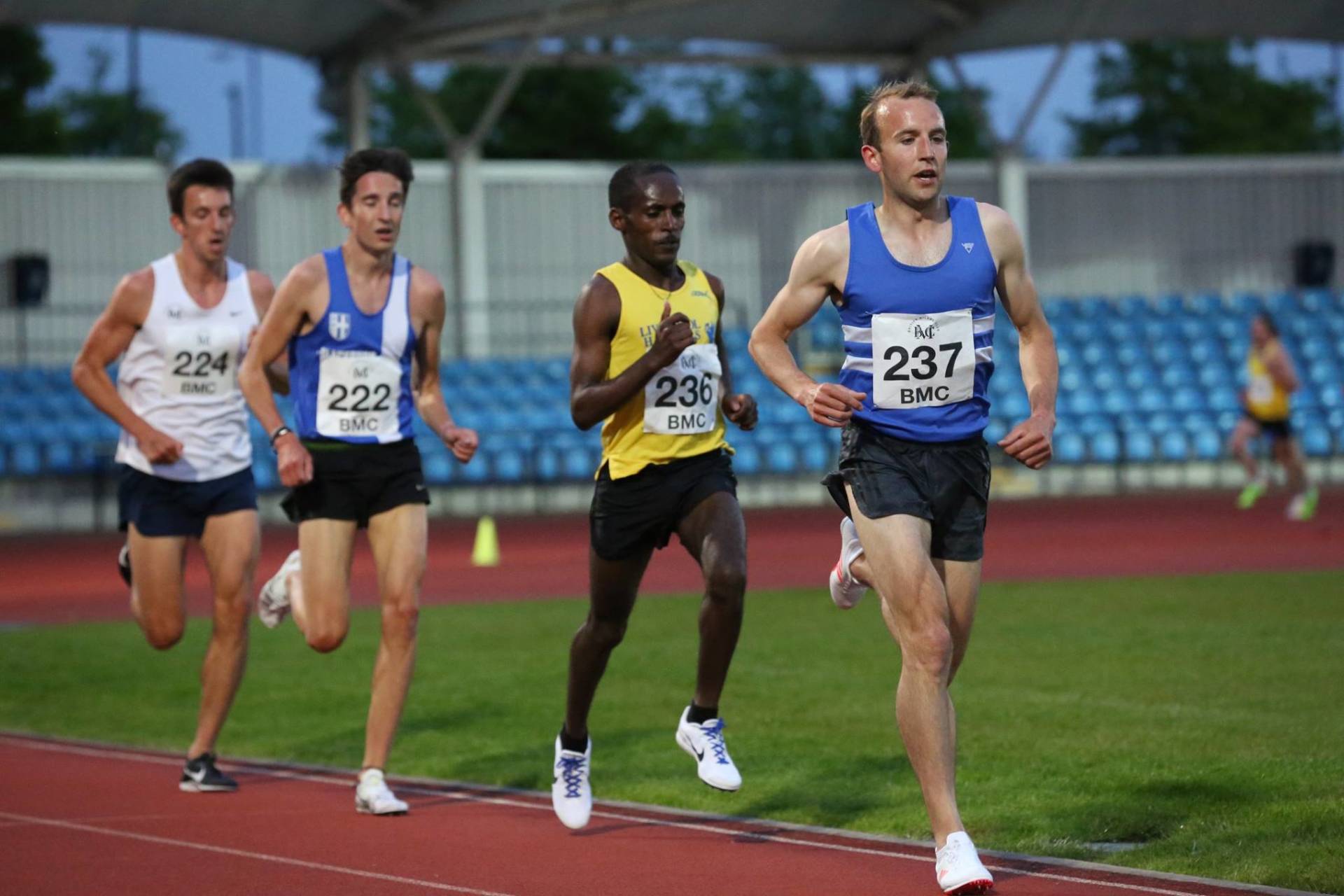 A fabulous night for Blackburn Harriers Rob Warner and Tim Raynes at the BMC held at Sportcity. Rob himself in the ‘A’ 5000m race and it paid off for him with a massive new PB by eighteen seconds as he came home in a time of 14.18.44 and 6th overall in a field of thirteen. Delighted, Rob spoke to the Club after his race saying “I was a bit nervous going into the race last night, I knew I would have to go off hard or be in for a very lonely race! So I made sure I committed to stay on the back of the group for as long as I could and ended up going through 3k in a shade under 8:30; I’d then started to become detached at this point so knew that I had to keep working over the next few laps or the pace could really fall away. I had slowed a little bit but not drastically so knew that if I got to the finish then I’d be in for a PB! Was very surprised to hold it together quite well and cross the line in 14:18, which is a massive PB so I’m very very pleased to say the least!” 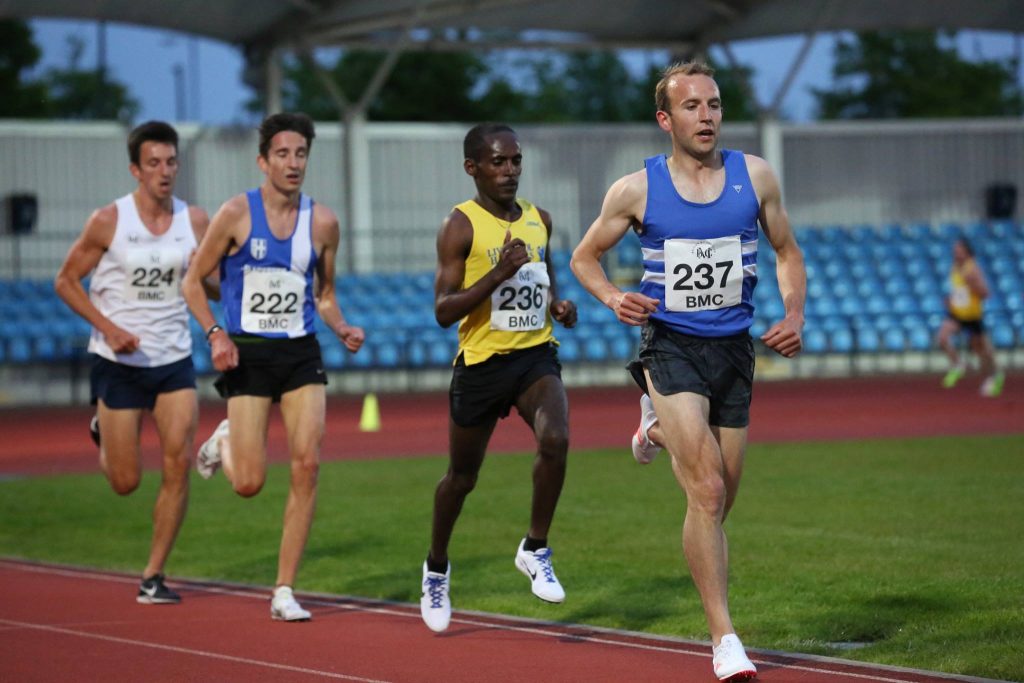 Tim was also looking to go inside 15 minutes for the 5000m and he did that in style, chopping a massive twenty seconds off his previous best time to set a new PB of 14.43.24, placing 7th out of a field of 16 athletes. Like Rob, he was over the moon with this race and told the Club “I went into the race feeling like I was in PB shape. With a good field to work with, and pretty good weather conditions, I felt it could be my day. I was disappointed to miss the County Champs, but took inspiration from some great runs there in the 5k from everyone. As I was making final preparations for my race, I was able to take further inspiration from the A race with Rob really digging in to nail a well-deserved big PB. After a slow first lap in my race, I was able to get into a good rhythm and managed to pretty much maintain it to the end. Didn’t have the legs to really kick on in the last lap, but was really pleased with my run overall – great to finally to go under 15 on the track! Hopefully more to come on the track this season.” 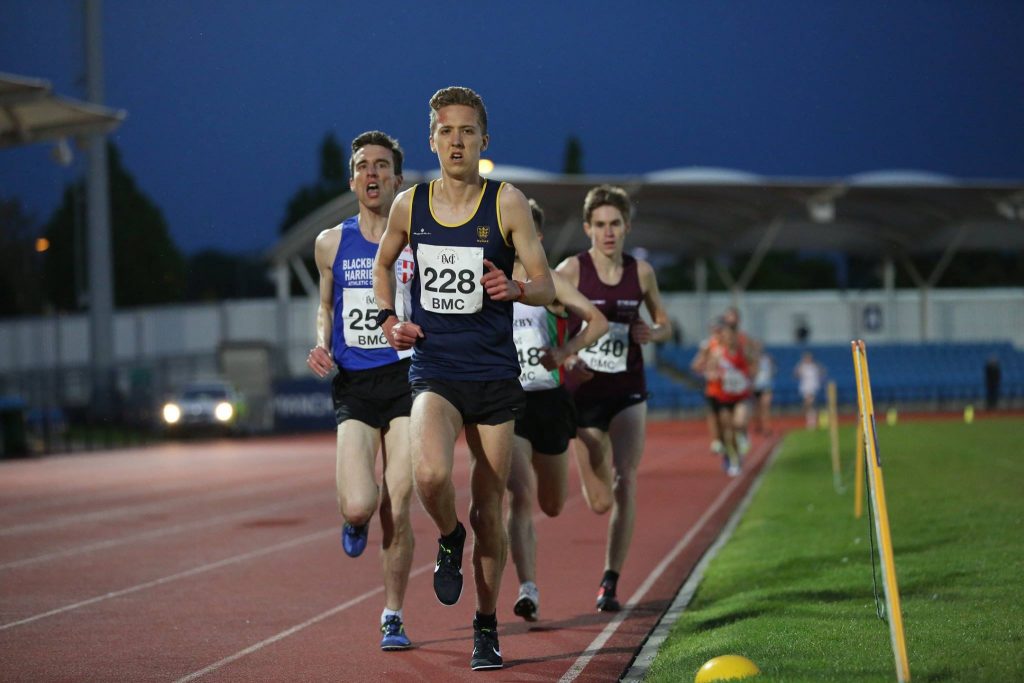 On a great night for Fell running, two hundred and thirty seven runners finished the latest race in the Burnley & Pendle Grand Prix Series, the race being won by Tom Addison in 30.14. 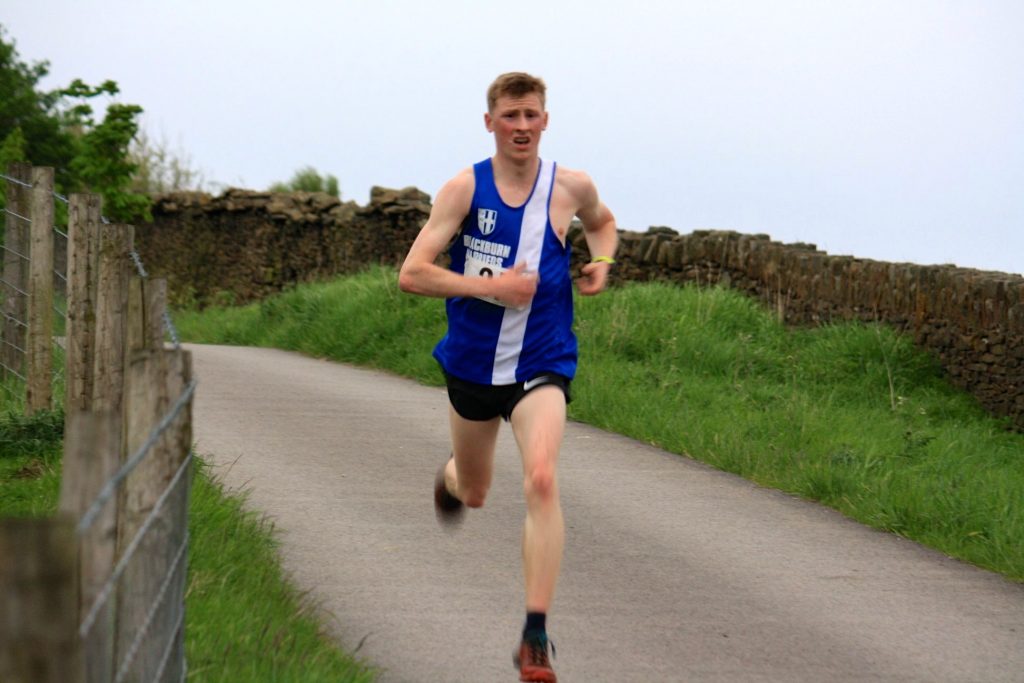 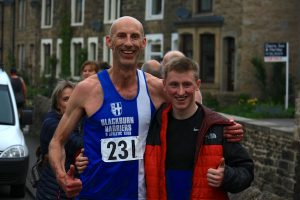 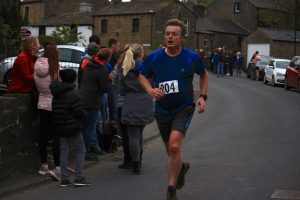 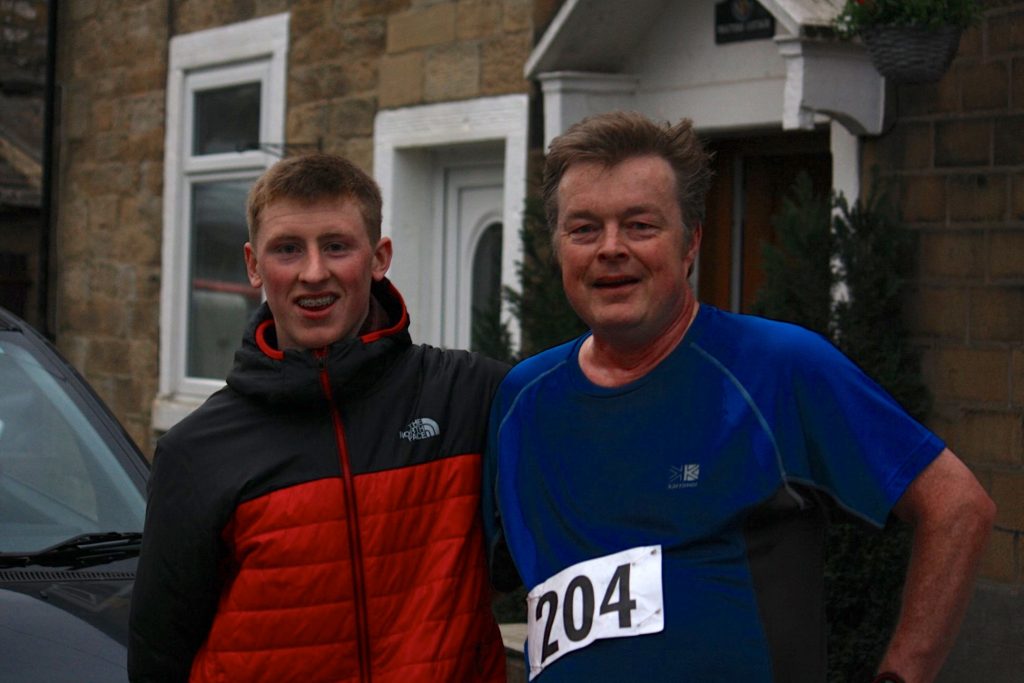 Well over three hundred finishers in this Race won by Kristin McKenna in a time of 35.08

Paul Brindle was racing again after carrying an injury and finished inside the top ten with a time of 37.56 (9th) and 2nd V45. Joanne Nelson won the Women’s Race crossing the line in 19th spot overall and clocking 41.05.

Katie Buckingham ran the Senior Women’s 1500m on Wednesday and cut a couple of seconds off her time at the Bucs over the previous weekend, clocking a seasons best time of 5.01.43 to come home in 3rd spot.

Matt Nuttall won the V45 Prize at Race 2 in the 5k Series run around the attractive setting of Hollingworth Lake. Matt finished 9th overall out of the one hundred and thirty two strong field in a time of 17.24 and not far behind in 14th spot came his training and racing partner – Paul Guinan – clocking 18.09 and taking the 2nd V45 place on the night.