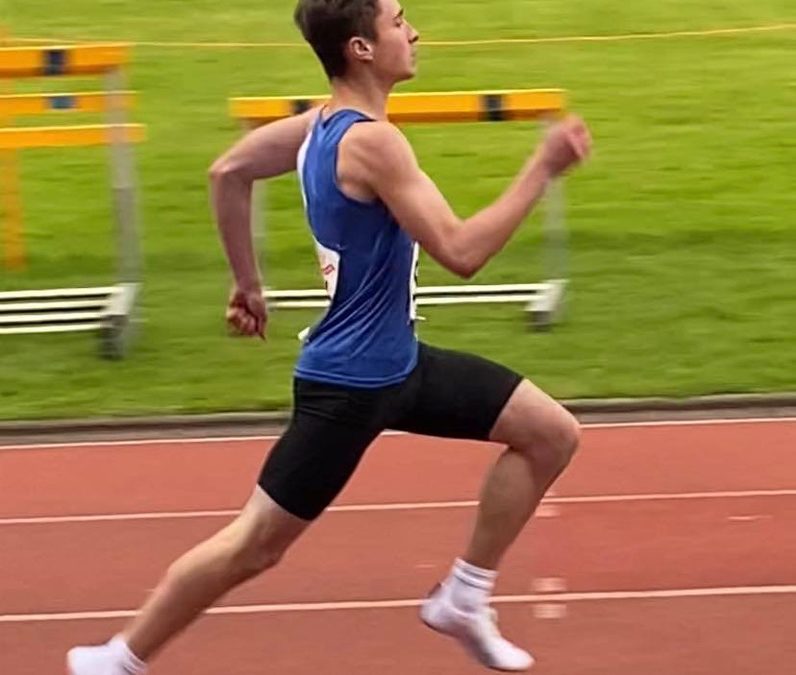 U17 Stuart Yates is in his first year with Blackburn Harriers – a first year which saw him only able to compete in one Indoor Meeting at Sportscity on March 15th, at which he won his Heat of the 60m in 7.74, won his 300m in a time of 40.30 and leapt out to 4.73m in the Long Jump. Then along came Covid with its associated and necessary restrictions which meant that athletes seasons were turned upside down, both for training and competition. However, six months after his one and only competitive outing, Stuart was back in the 100 and 200m at Trafford and posted a win double by taking the honours in his Heat of the 100m in 12.38 – first year U17 Samuel Mutombo clocked 12.83 in this Heat too, which was just 5 one hundreths outside his personal best. Stuart then went into the 200m Heat winning that too in 25.09, both 100m and 200m being the first time he had raced over the distance. 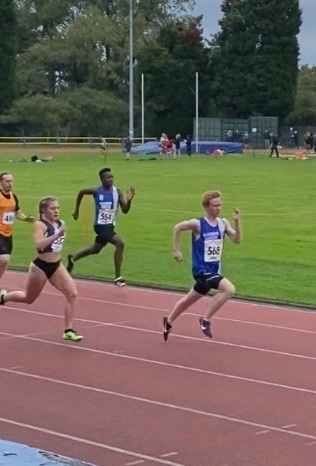 U15 Thomas Monks continues to post impressive performances and was once again a winner in the 200m, as he took the tape first in a time of 25.26 and just outside his personal best. U17 Samuel Mutombo who was a fraction outside his personal best in the 100m, ran in the same 200m Heat, a distance he has never run previously and clocked 26.26 in his debut. In the 300m Heat which featured all U15’s Thomas placed 3rd in a new PB time of 39.09 which places him 27th in the National Rankings and represents a four second improvement over his best time for 300m in 2019 as a first year U15. 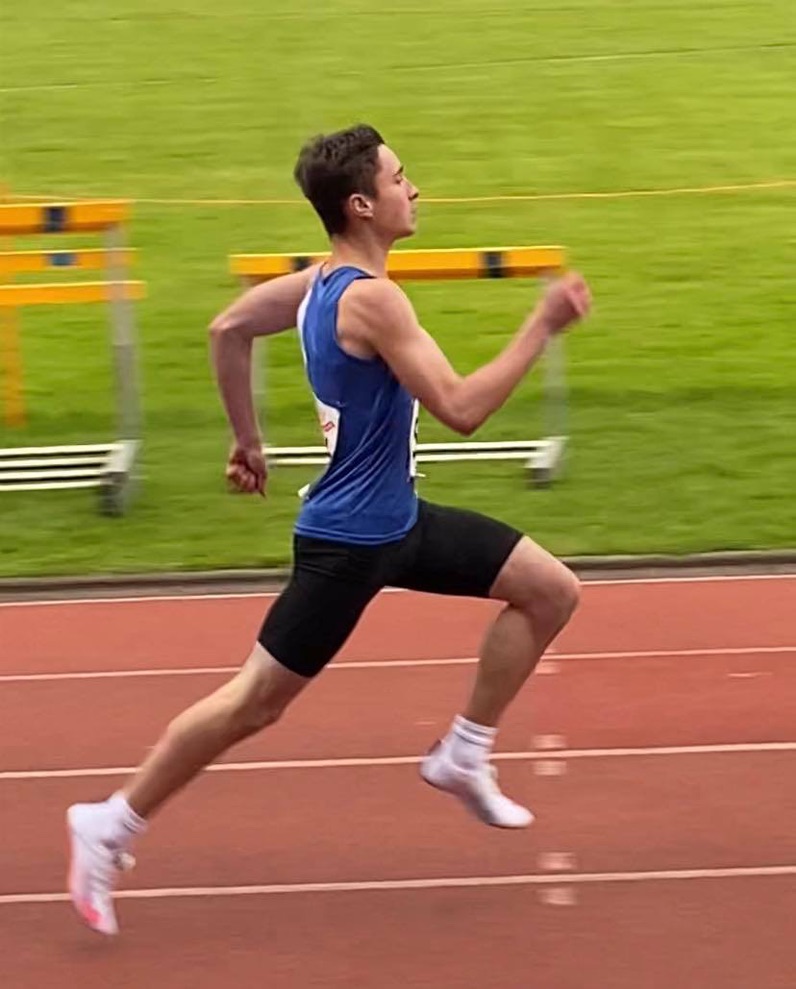 First year U17 Hayden Mercer took on the 400m again after setting a new personal best of 55.02 the week before at Trafford. This week, all of the athletes had to content with headwind in a Heat which saw only one new personal best and all the others slightly below. Hayden ran consistently well and clocked 55.58 – commenting to the Club after his race was finished that he “was hoping to get a PB today however there was a headwind so I was just pleased to be consistent.” 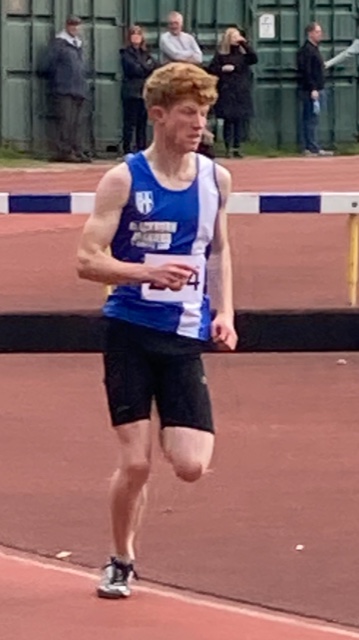 One of the highlights of the day came from top of age U13 Matthew Smith who took on the 75m Hurdles where he placed 2nd in a new PB time of 14.89 – an improvement by a full second. He then placed 2nd in the Long Jump with a leap of 4.23m before a superb performance in the High Jump, which featured five U15’s and two U13’s. Matthew finished in 4th place overall and 1st U13 with a brilliant seasons best clearance of 1.52m which catapulted him to the top of the U13 National Rankings. Second year U15 Codie Dewhurst also took on three events – 80m Hurdles, High Jump and Shot Putt. Codie like a lot of athletes, has had virtually no competition since February earlier in the year and had run a couple of 800m, posting successive personal bests in the first couple of weeks in September. In the 80m Hurdles he recorded a time of 17.19, followed by a High Jump clearance of 1.17m before finishing off with a new PB in the Shot Putt (4kg) of 6.21m and a win in his Group. 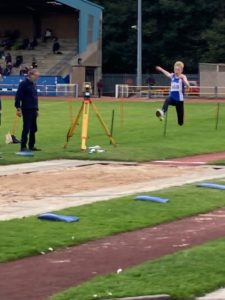 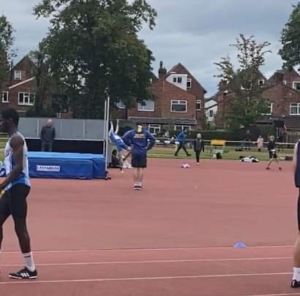 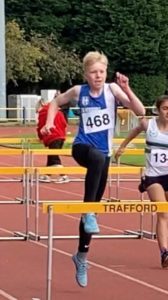 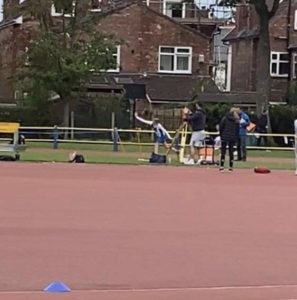 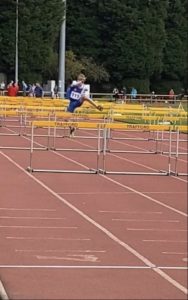