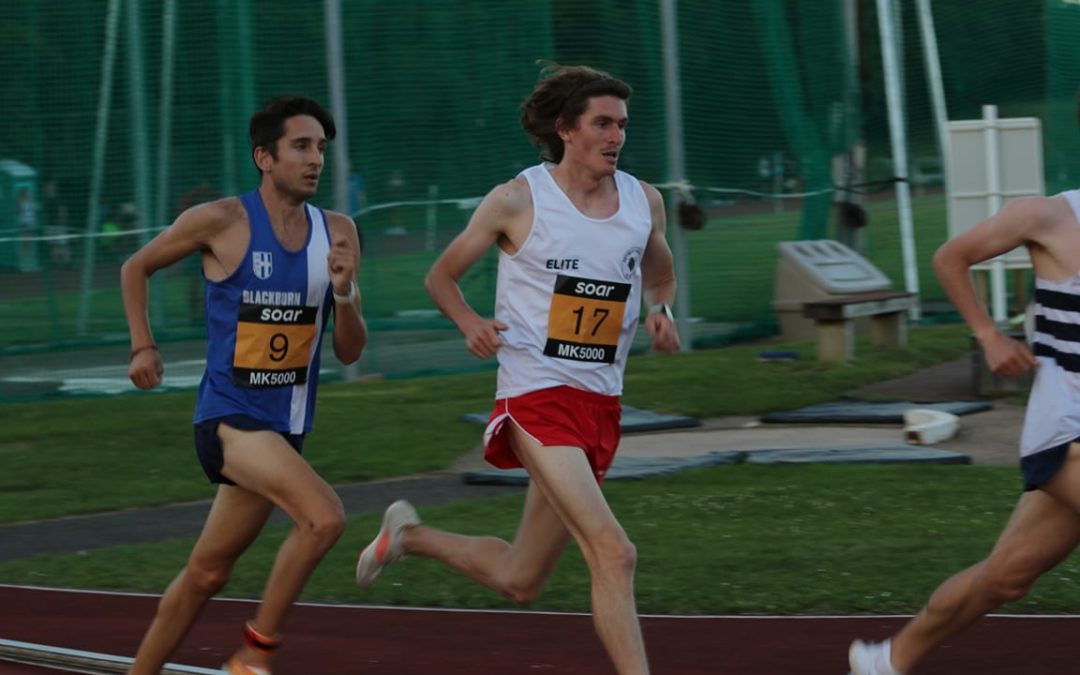 At the weekend Rob Warner ran at the SOAR MK 5000 PB Special at Milton Keynes featuring 14 Races in total. The event had the novel idea of recording and posting in the results, the athletes time for 3000m as they went on to finish the 5000m, some athletes dropping out at the 3000m mark.

Rob ran in the fastest race of the night which was won by Jack Rowe in 13.41.40, followed by Jake Smith in 2nd (13.48.00) and Conor Bradley in 3rd (13.50.05) and saw the first five athletes all duck under 14min. Rob clocked 8.48.14 for the 3000m on his way to his 5000m time of 14.46.11. We spoke to Rob after ther race and he told us “I’m actually quite happy with that race, the time was a good 30-40s off where I want to be at but I felt much more positive after that run than I have in a long time! I’ve struggled with consistency and momentum recently so I definitely didn’t feel I had the confidence to hang with the guys at the front to go sub 14, so I ended up having quite a lonely run, especially for the 2nd half. Feel like just getting a race in like that has helped me to remove some of the pressure for the rest of the season and just to go out and enjoy racing again” 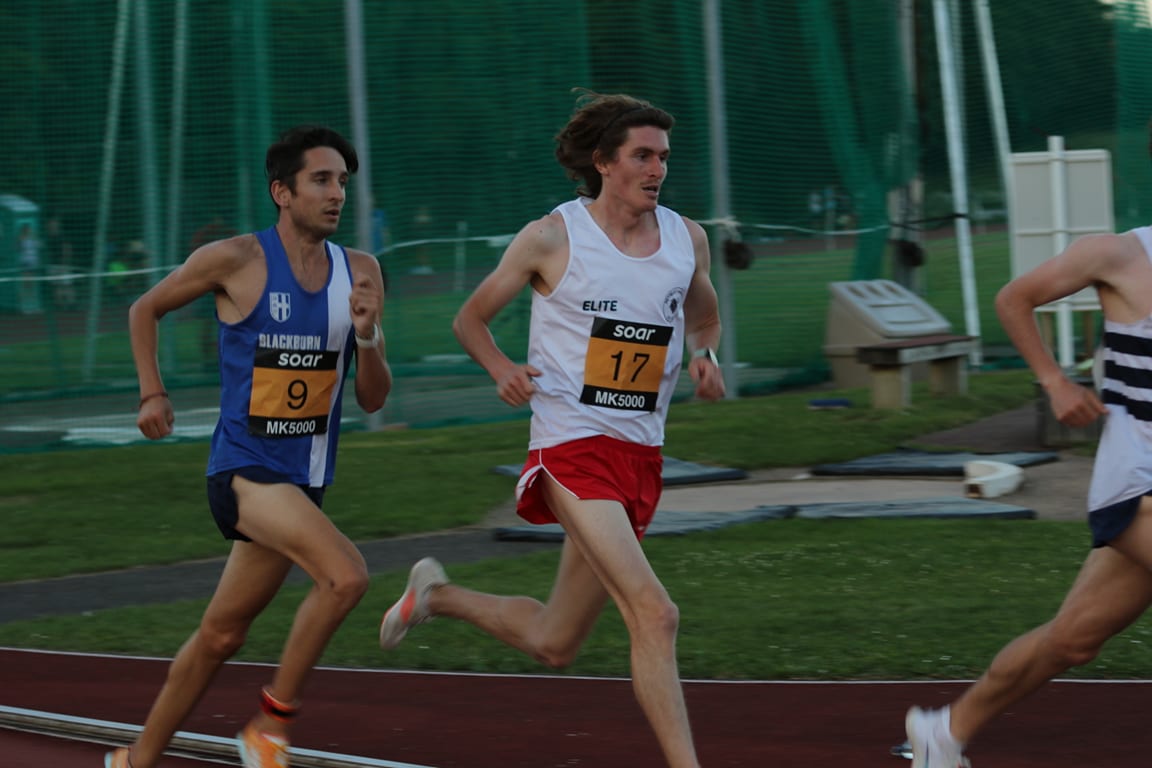 Another hot day and another race in this years Pendle & Burnley Grand Prix Series featuring Senior & Junior Races. The next races in the Series are :

The Senior Race had Blackburn Harriers Marc Hartley and Ryan Bradshaw among the one hundred and fifty five other runners who tackled the heat and the course which saw it won by Barlick’s James Craig in 40.43. Marc took a top ten finish, coming home in 9th spot in 44.48 with Ryan finishing in 51st with a time of 56.21.

U13 Theo Robinson made it three wins n a row in the Series as he once again came out on top, winning the U11/U13 Race, recording a time of 10.21 with team mates Loucas Lancashire in 14th position in a time of 13.09 and Charlotte Smith in 22nd (14.10). Theo has now won at Towneley Park, Greenway and Hambledon. 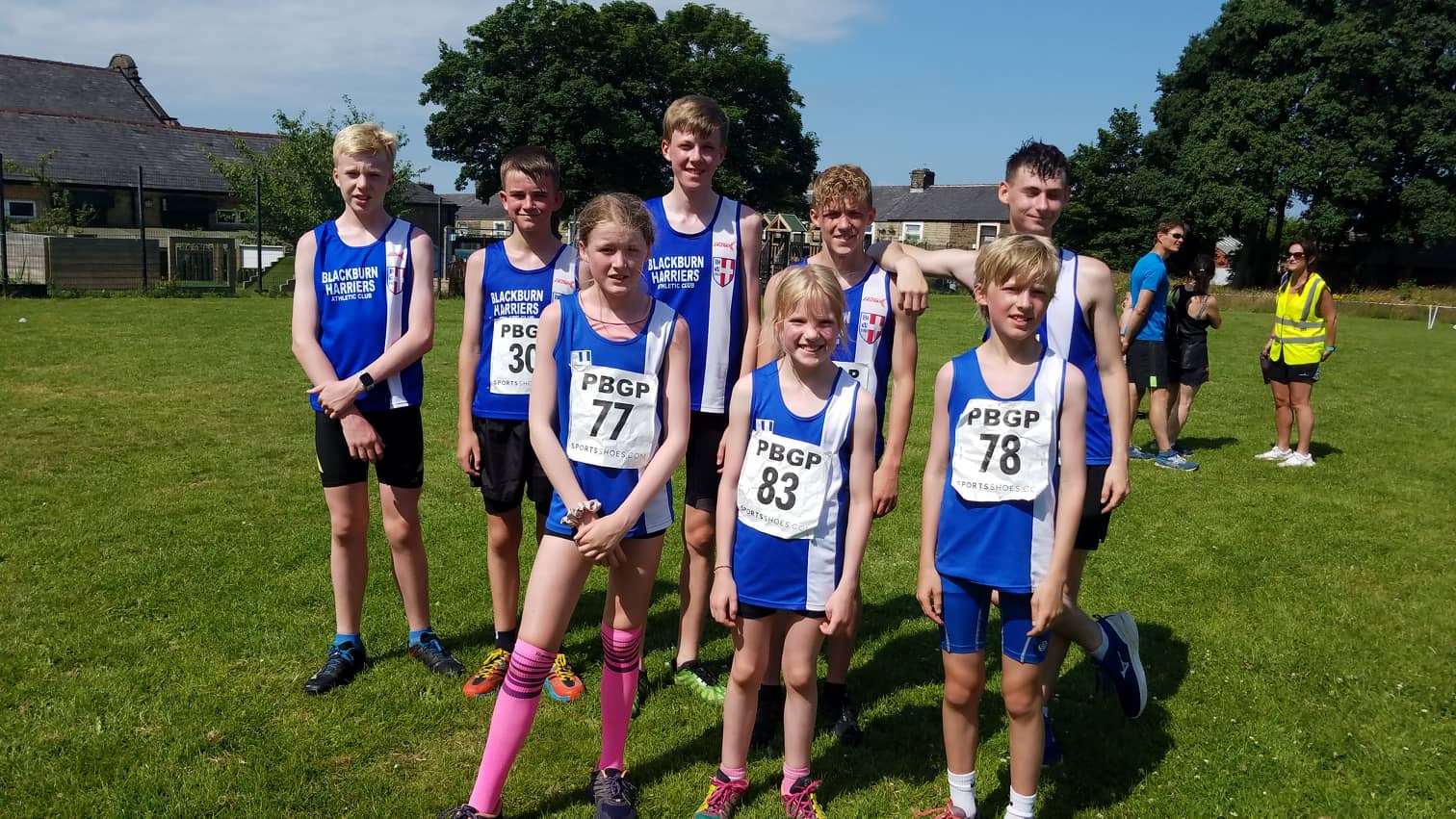