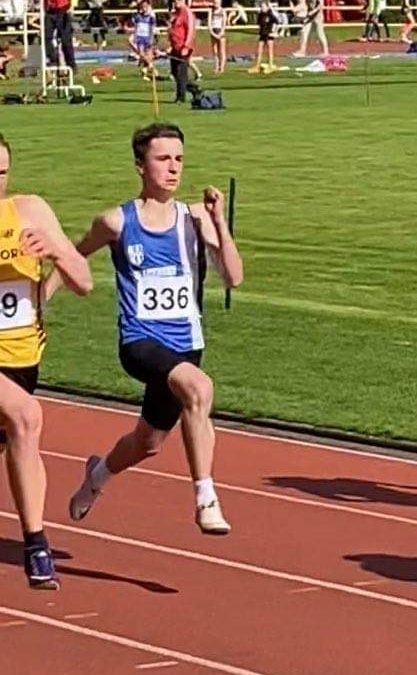 Ben Boocock, Samuel Mutombo, Thomas Monks, Jayden Riley, George and Ben Whittaker continued their very shortened track season at Trafford on Saturday September 12th over 100m, 200m and 100m Hurdles. Varying head winds going from slightly plus to over – 2.0 at times – impacted on some performances for all athletes, but the Harriers managed still to squeeze out some new personal bests and wins.

Botton of age U16 Samuel Mutombo was racing for the very first time this year and indeed, the first time since July 2019. His best to-date had been a 13.1 clocking in 2nd place at the Mid Lancs League Meeting on June 1st 2019. Today, Samuel set himself a new PB by over three tenths of 12.78, placing 4th in his Heat. Ben Boocock, another first year U17 had to contend with a minus 2.0 headwind, but still ran really well to place 2nd in a time of 12.47, before going on to win his Heat of the 100Hurdles in a time of 15.13, proving to be a very close fought race as he pipped Bury’s Natan Kitwowski in 2nd spot (15.14). George Whittaker – an athlete who is in his first year as an U17 – has managed to get a couple of races in already, which is always helpful. In the 100m, George clocked 12.36 for a new PB by three hundreths in 4th spot in his Heat before moving on to post an even more impressive new PB in the 200m – run as it was with a minus 2.7 headwind – his time of 24.89 in winning the Heat represented an improvement from his last 200m outing (24.96). 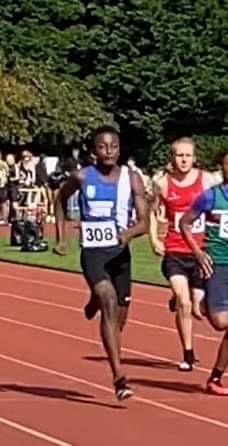 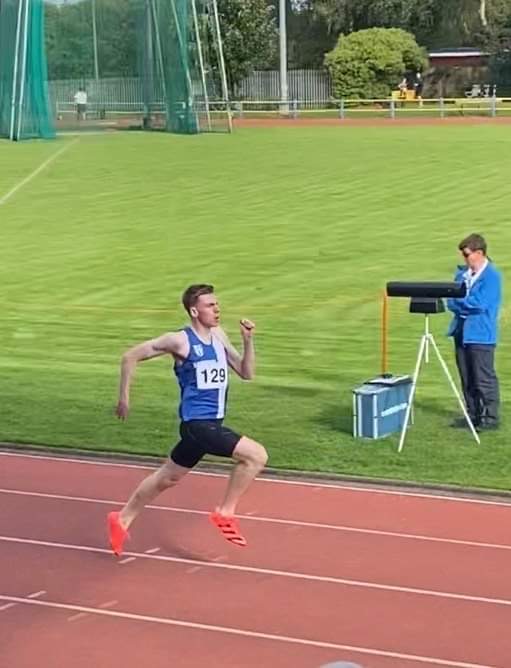 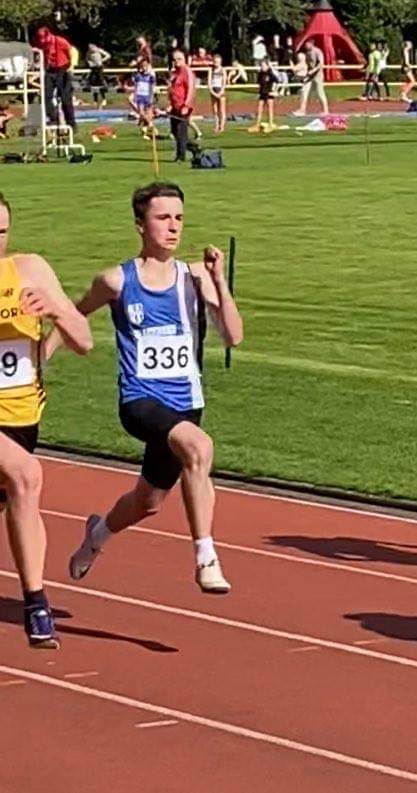 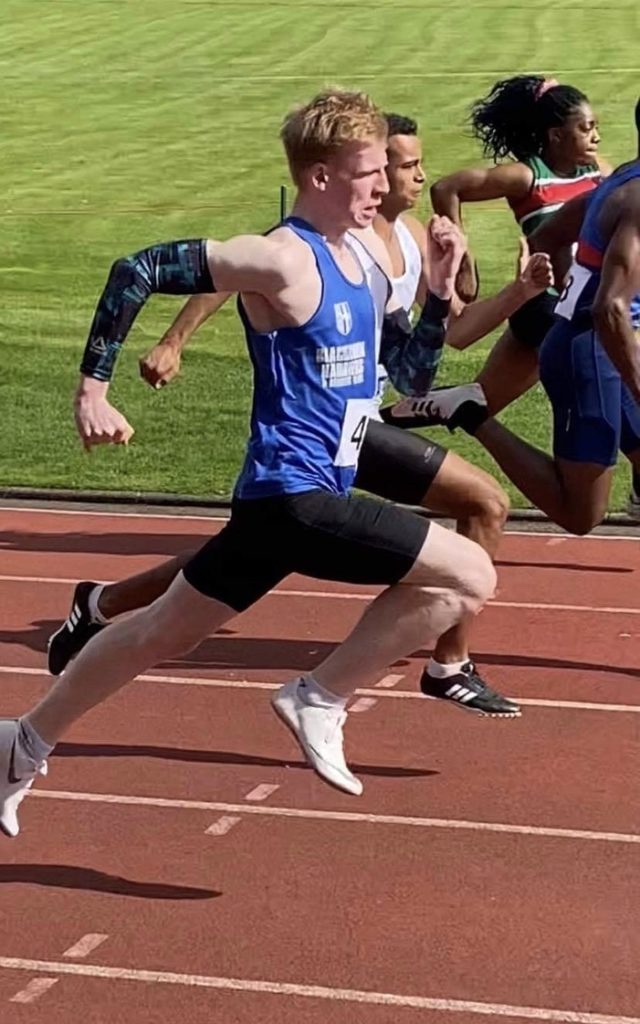 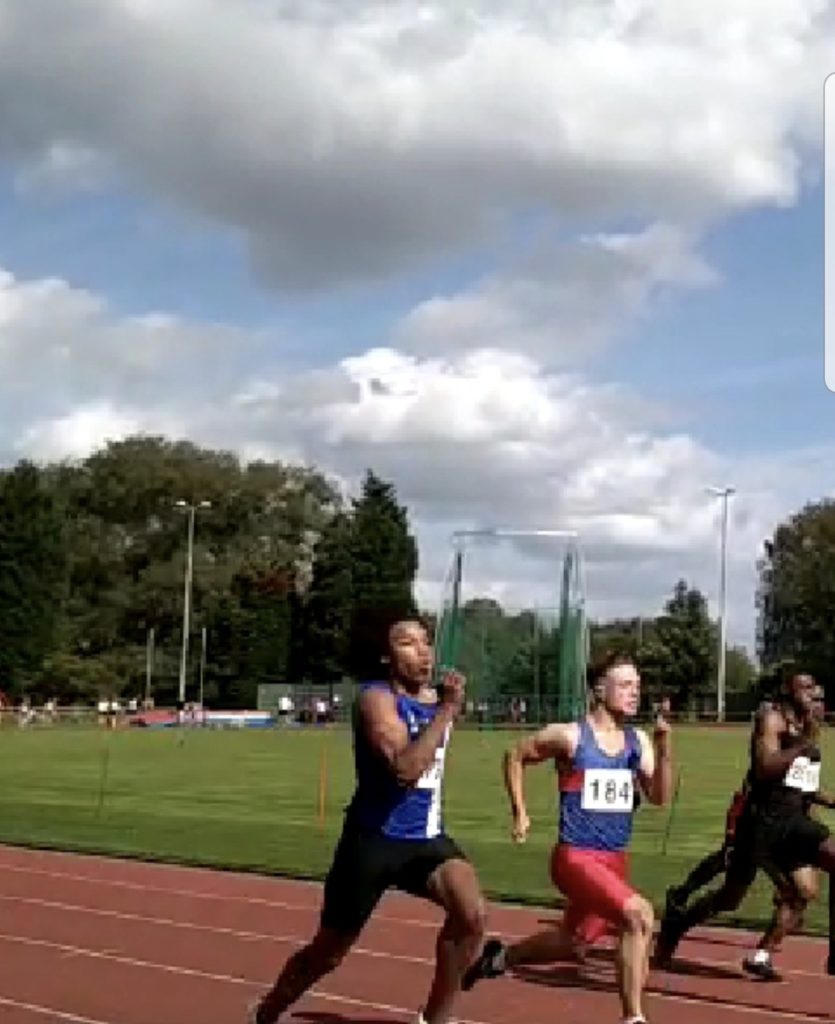