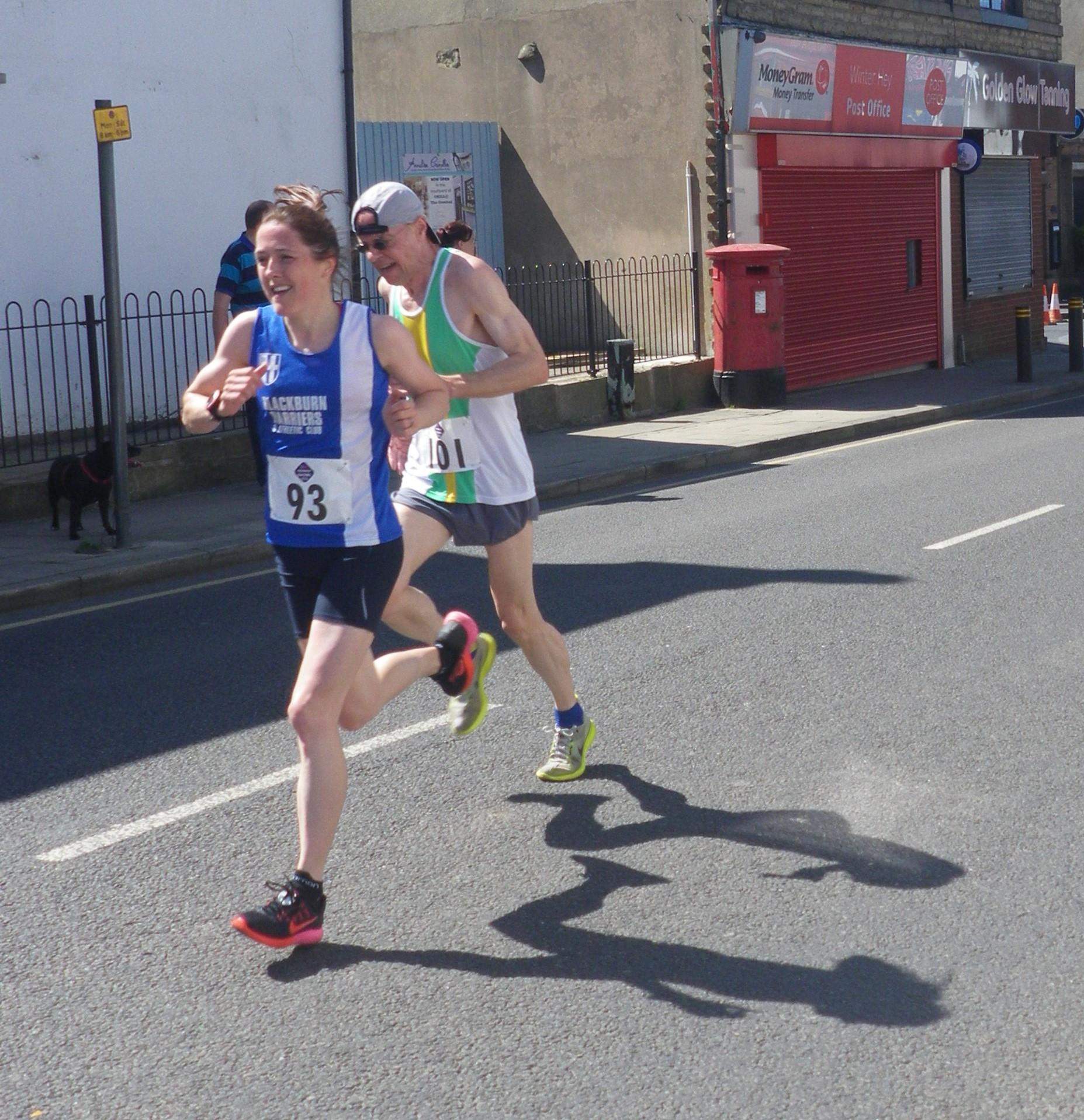 A great day in the sun for Jacob Roberts at this years National Championships in Bedford as he set a new personal best throw of 65.27, finishing 4th in a very high quality competition featuring the leading U20 Hammer Throwers in the country. 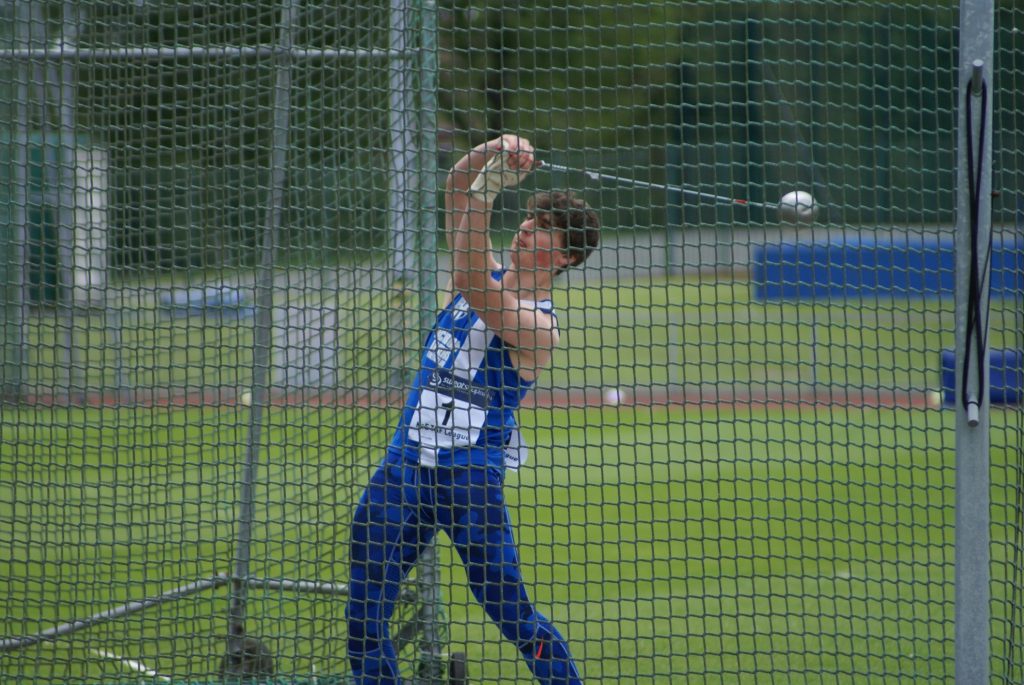 At the end of the Championships Jacob spoke to the Club about his weekend and told us that he had a “Great day at Bedford England Athletic Champs. Good comp with some great throwers .Got a new P.B of 65.29 and finished 4th i never gave up the chase. Now looking forward to English Schools and Welsh International in July”. 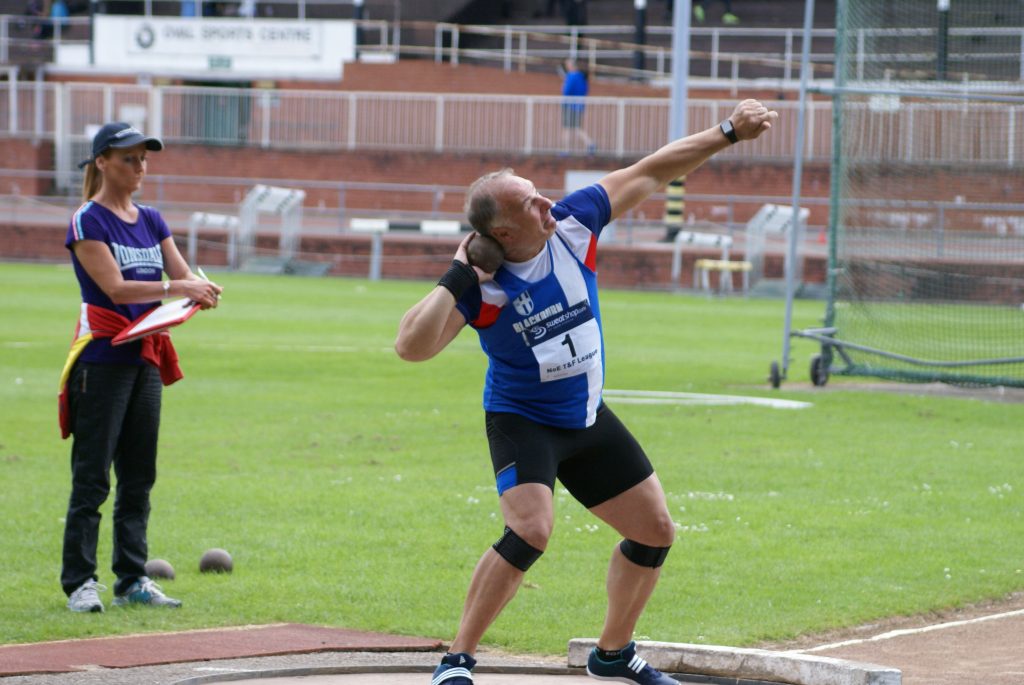 Great running by Victoria Mousley who became the BMAF 2017 V35 5k Champion at Horwich over the weekend and backed up by Carmen Byrne who took Bronze Medal in the same age category. 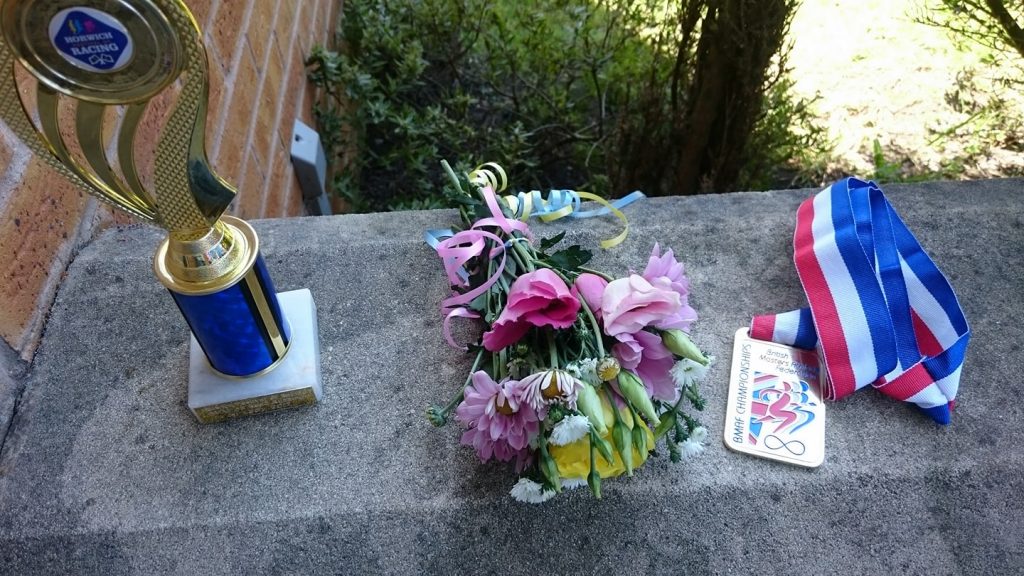 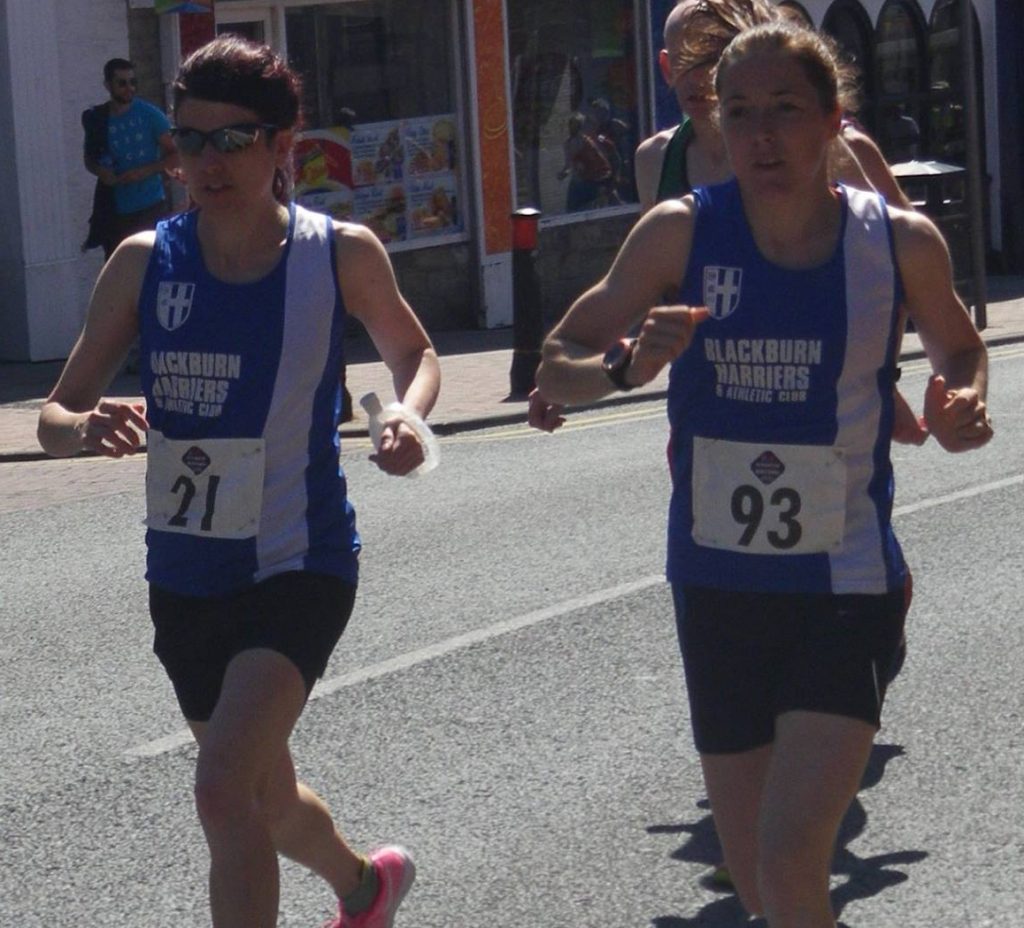 Victoria Mousley…………“Super hot one today and I was very greatful it was only 5k. I saw one of my old uni friends at the start who said to me “hey you might win this” and I said “no chance” genuinely thinking I may be in with a chance of a vet 35 placing but not a chance of top 3. The first lap was probably the worst…just so hot and a really dry mouth. There was great support on the course and my dad was there with my little girl…the best cheerleader ever! Having a two year old scream at you on every lap to “go mummy go!” at the top of her voice certainly spurred me on on the last lap when it was a real battle between what would be the top three ladies. A good event and absolutely Inspiring to see folks of 60 and 70 still pulling out great times. Really chuffed to finish first in a time of 18.45 and be the British Masters 5k champion!” 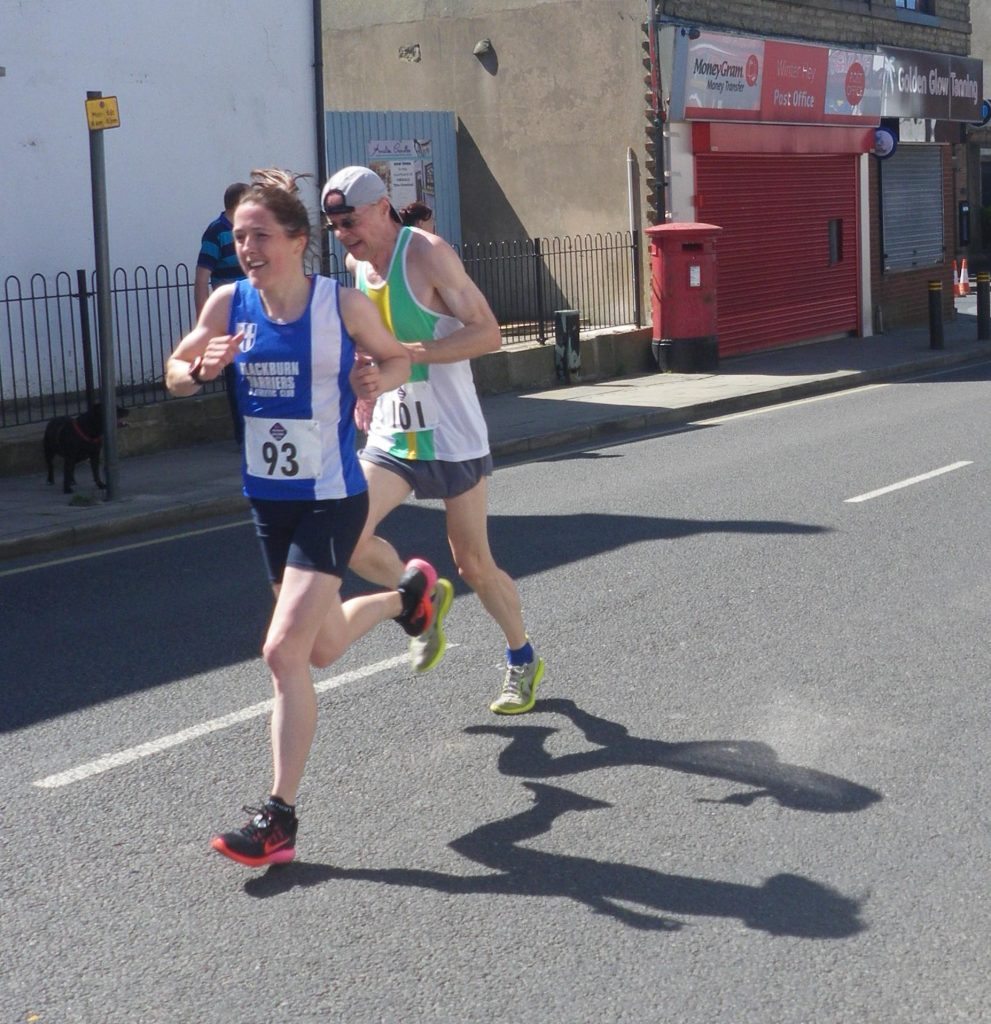 Carmen Byrne……….“I enjoyed the race, I’ve not raced a 5k for ages and was pleased my annoying niggles finally seem to be getting better”. 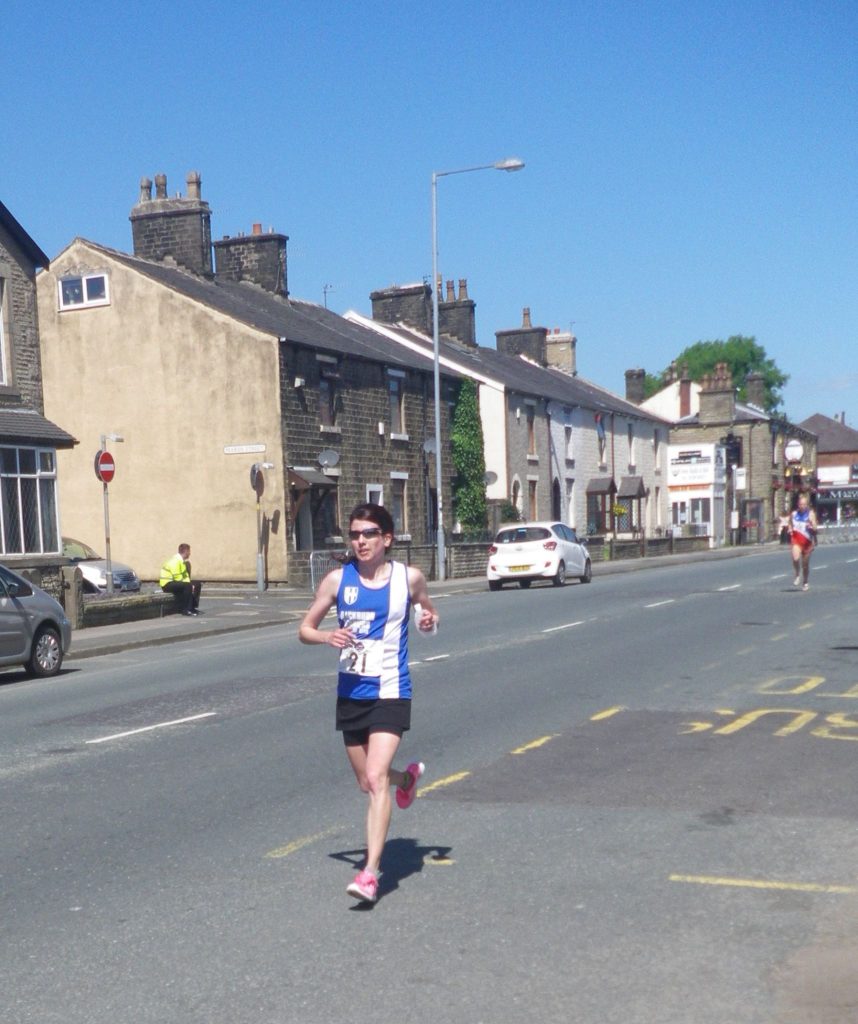 Four hundred and thirty very hardy souls ran this years Race, one which for many years has been associated with what might be called ‘warm conditions’ – this years race – won by David Rigby in 71.15 – lived up to those expectations in more ways than one with blistering heat.

Thirty one athletes in this Race won by Liverpool Harrier Jonny Mellor in a pretty swift time of 14.27 ahead of Andrew Davies in 2nd in 14.42. 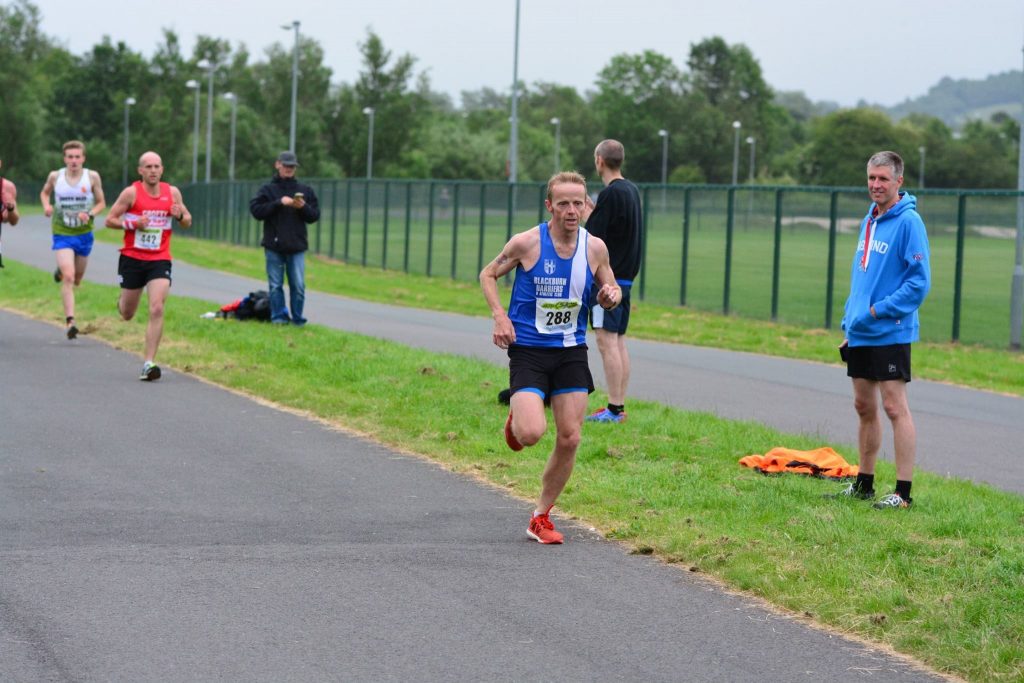 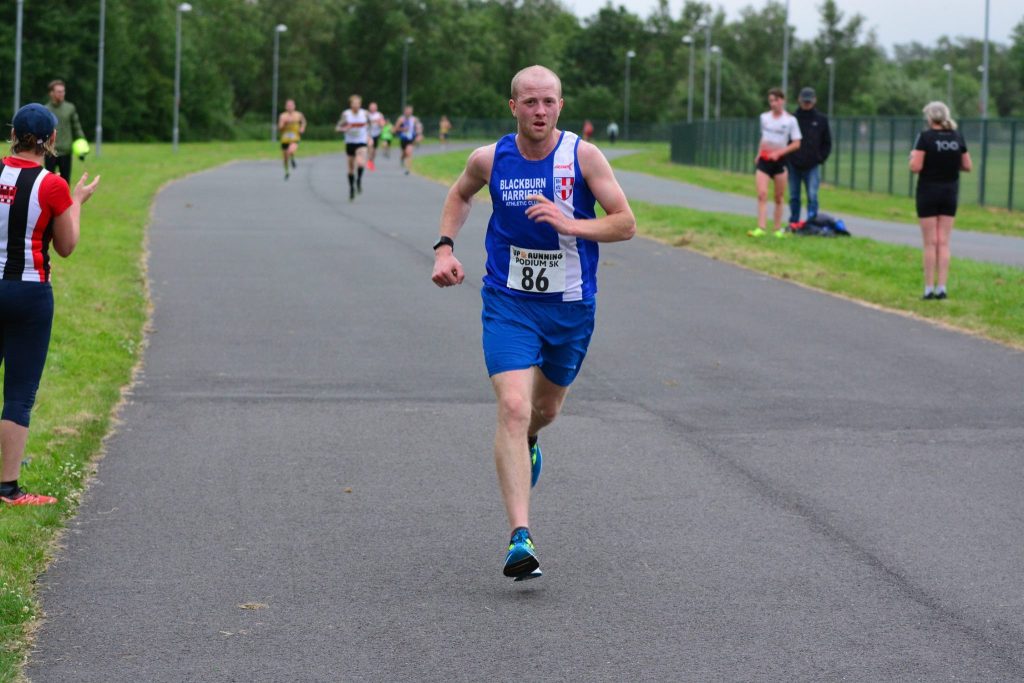 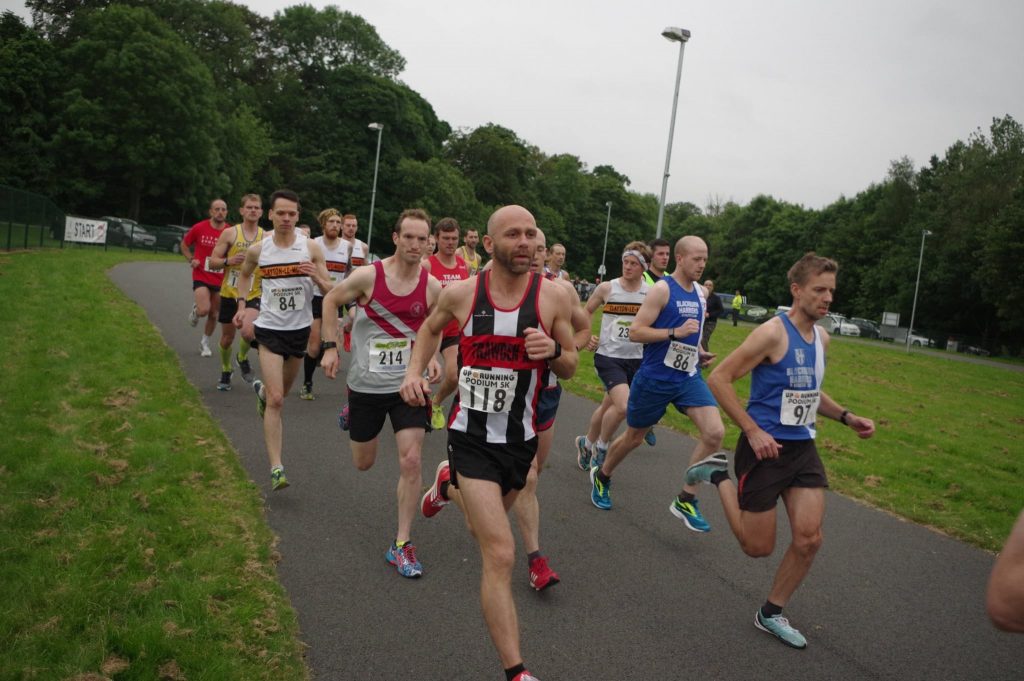 Dexta Thompson carried on his good form by winning the 2k event – featuring thirty seven young athletes – in a time of 7.10 ahead of Robbie Smedley in 2nd. 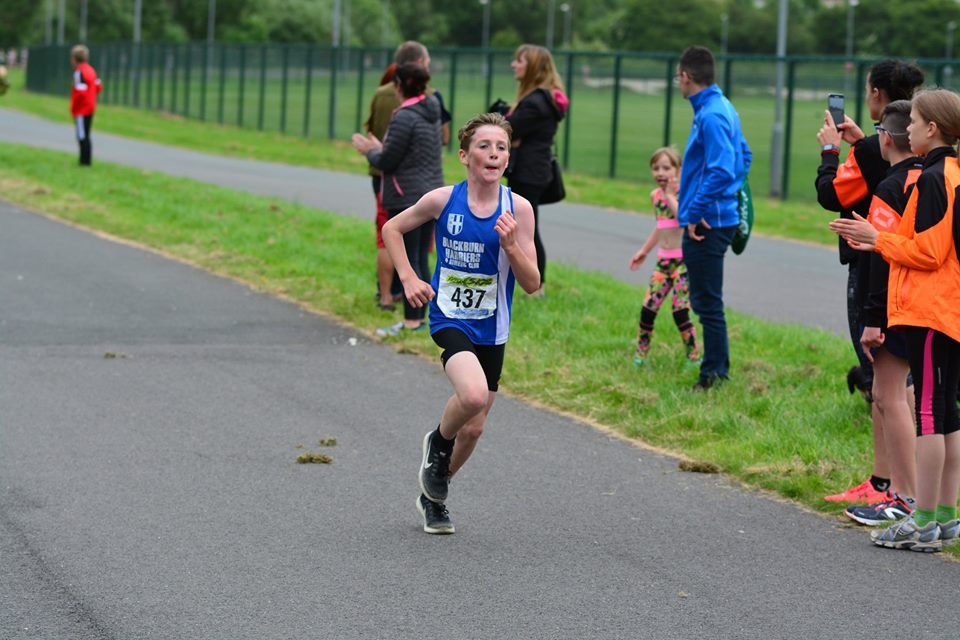 In the U9 Race of 1k contested by Felix Thompson among twenty six other youngsters, saw him place 4th in a time of 4.12, the Race being won by Harry Jordan in 3.51. 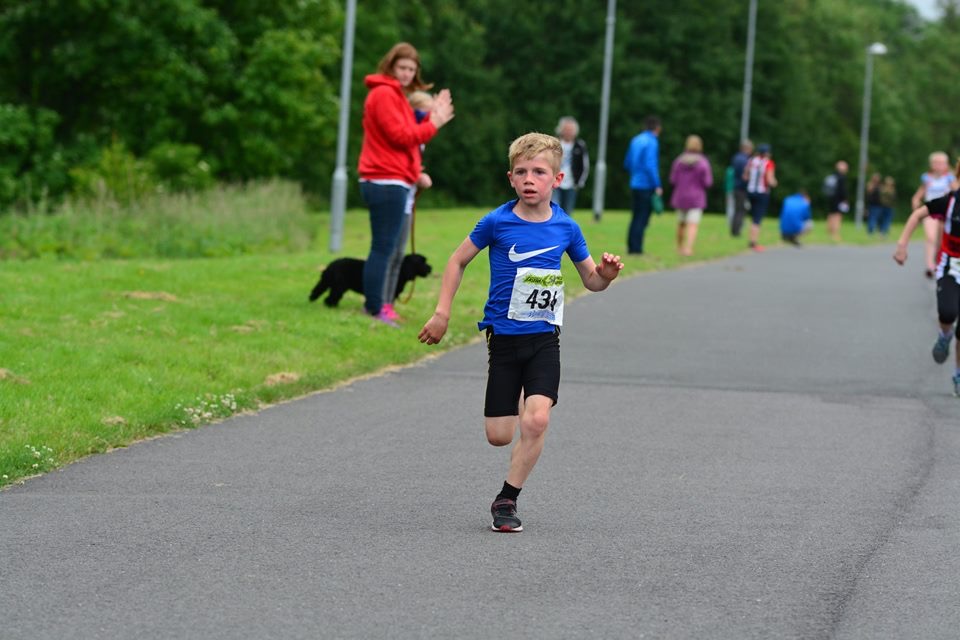 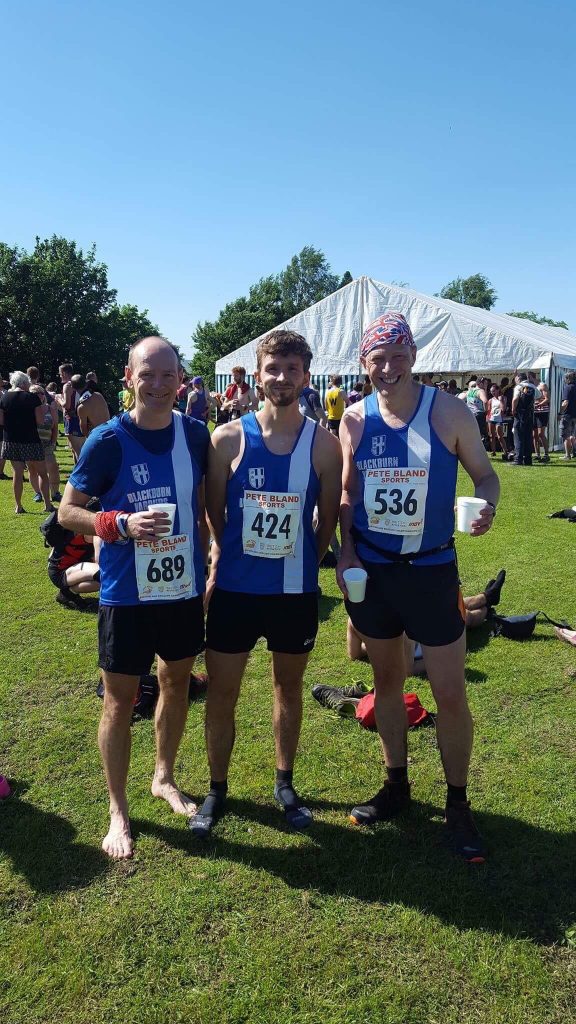 After the Race all three runners spoke to the Club commenting on their day – Tom Cubbon “The British and English championship counter at Tebay was run in hot weather, which meant I was determined not to overcook the long drag up to Uldale Head. The strong breeze on the tops did help to cool us, but a head dip in Carlinggill Beck was still most welcome. I tried to push on a bit on the traverse to Linghaw but knew the killer climb to Blease Fell needed something leaving in reserve. It was pretty tough to say the least! Even so, after picking up quite a few places on the 3 mile descent to the finish, I was left to contemplate that I could have gone a bit harder in the first two thirds of the race. As always the best bit of a summer fell race was still to come, I.e. lying on the grass at the finish discussing what might have been!”

John Horrocks “First experience of a British and English championships on the fells. Cracking day with some stunning views along the way. Tebay is a fantastic race once you get the first long drag up to uldale head out of the way and then the views just open up. I had a very poor run from start to finish ‘nowt in’t tank’ as they say so very disappointed”.

John Orrell “I echo Tom’s words but from a perspective 30 mins behind. It was hot, but little time to quench our thirsts in those stream crossings as I wanted to break 2 hours. Think I came in at 2.01 something, so nearly. Going to come back when it’s raining! Also needed to save myself for my Fathers Day treat- Settle Hills- and that was flippin hot too!!!” 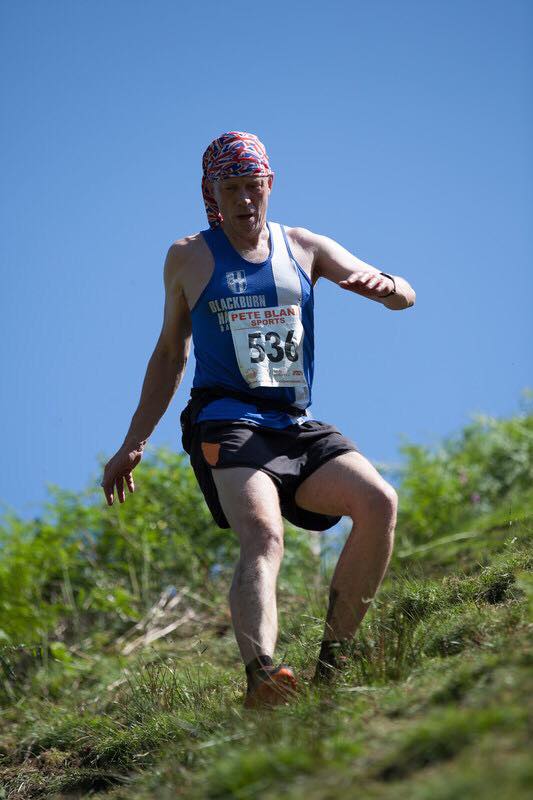