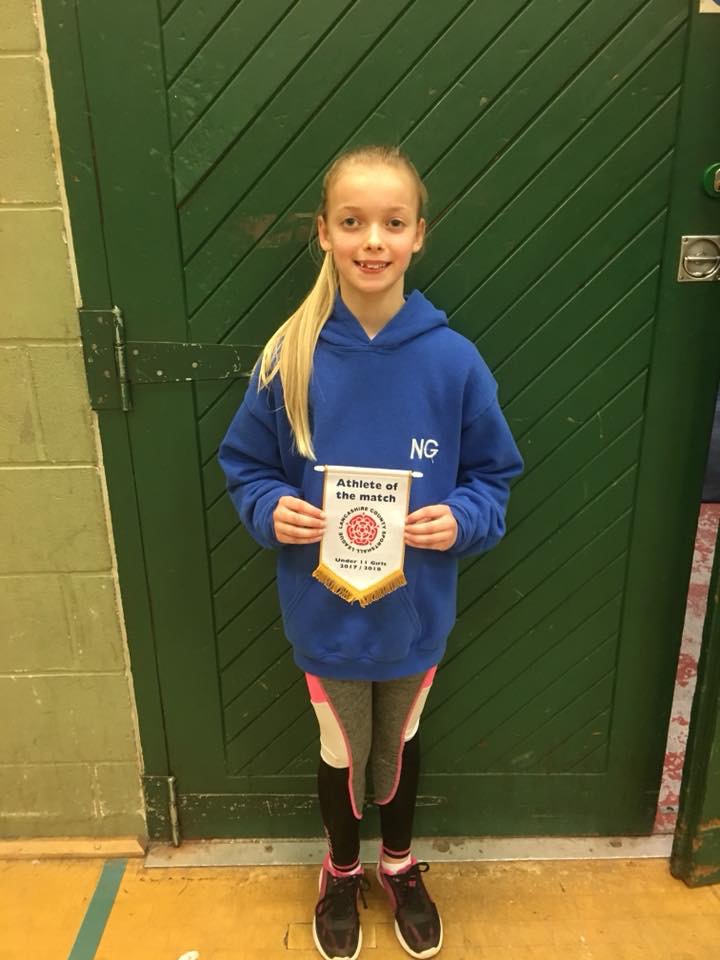 Another very good performance by Blackburn Harriers Sportshall Squad at the weekend taking 3rd overall including 2nd Team in the U11Girls – 3rd in the U11 Boys – 3rd in the U13 Girls – 3rd in the U13 Boys and 4th in the U15 Girls. Some of the youngsters posted new personal bests and for the second fixture in a row, the Harriers produced an athlete of the Match – Niamh Gater winning it for the U11Girls, after Harrison Allcock had won the Athlete of the Match for the U11 Boys in the first fixture. After the first two fixtures the Harriers are in 3rd position overall in the League Table.

Caerwen Butler commented on the performance of our young up and coming athletes saying ‘Blackburn Harriers had another fantastic turn out for the second Lancashire County Sportshall Event in Blackpool on Sunday 14th January 2018. Over 40 athletes competed in every age category apart from one. The children were brilliantly behaved and all tried their hardest at each event. There were lots of individual personal bests and even some club records were broken on the day. Some younger children took up the challenge in their first competition with a brave and competitive attitude- well done to all those who were there for the first time.

Notably Niamh Gater won Athlete of the Match for the Under 11 girls for the combined total of events scored. Harrison Allcock won this in November for the Under 11 boys. We have some very talented athletes coming through to the Under 13’s next year and had such strength in depth on the day in both the Under 11 age categories.

The older athletes competed brilliantly too and with only a handful in each category they still managed to finish in the top 3 in the Under 13’s categories. A special mention to Liberty Thompson who gained all the points for the Under 15’s in the individual events and thanks to Claudia Lewis who joined her in the relay and stepped up an age category.

On the day we came 3rd overall with 379 points and second was only 23 points in front. Given that we had no athletes in one age group I think this is a tremendous achievement. The coaches are extremely proud of all the athletes and how much they gave on the day. Well done Blackburn Harriers- a brilliant day that produced loads of smiles’