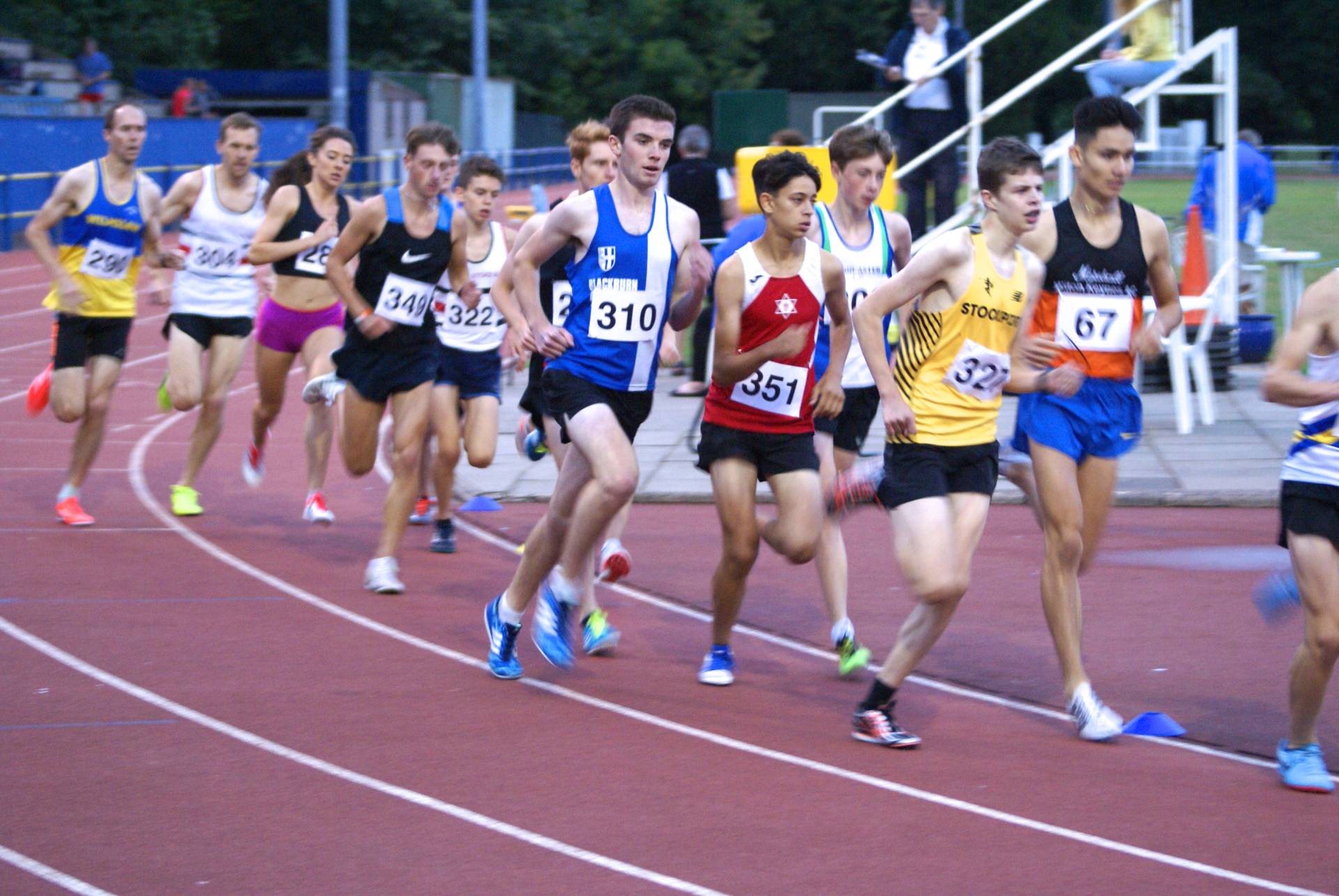 There was some very consistent running from the Harriers last night with our athletes tackling 800m and 1500m races. Jess Judd was the first Blackburn Harriers athlete on the track running in an all male 800m race won in 2.01.47. Jess posted her second successive 2.04 clocking in the last week as she came home in 6th place with 2.04.55. Nick Smith was the next Harrier in the series of eleven 800m races which saw him finish less than two seconds outside his best with a time of 2.12.50 in 7th position. 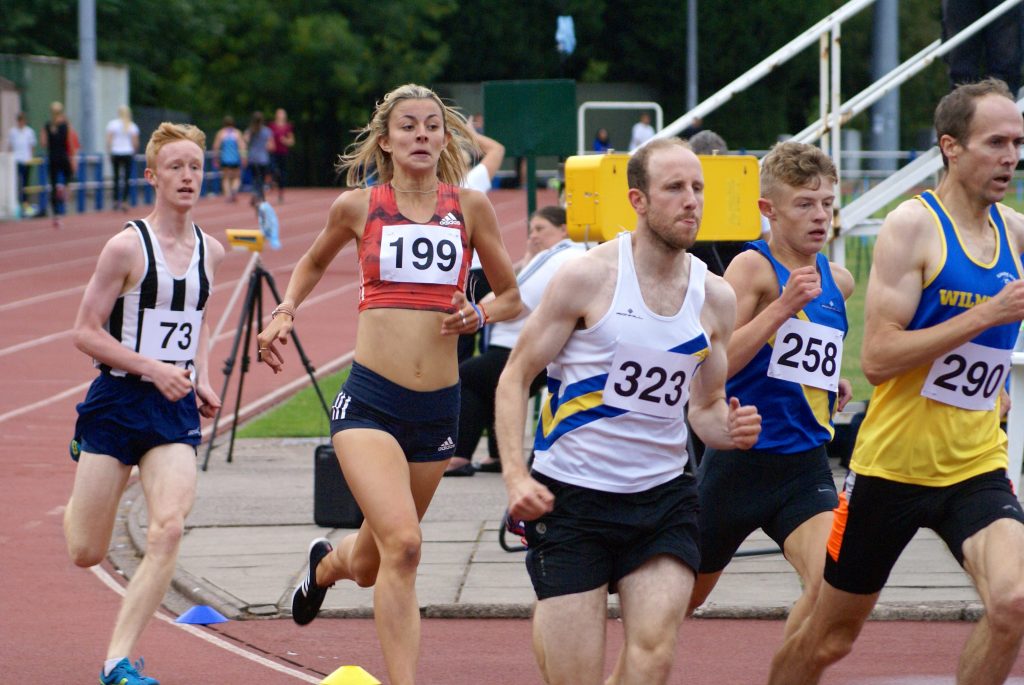 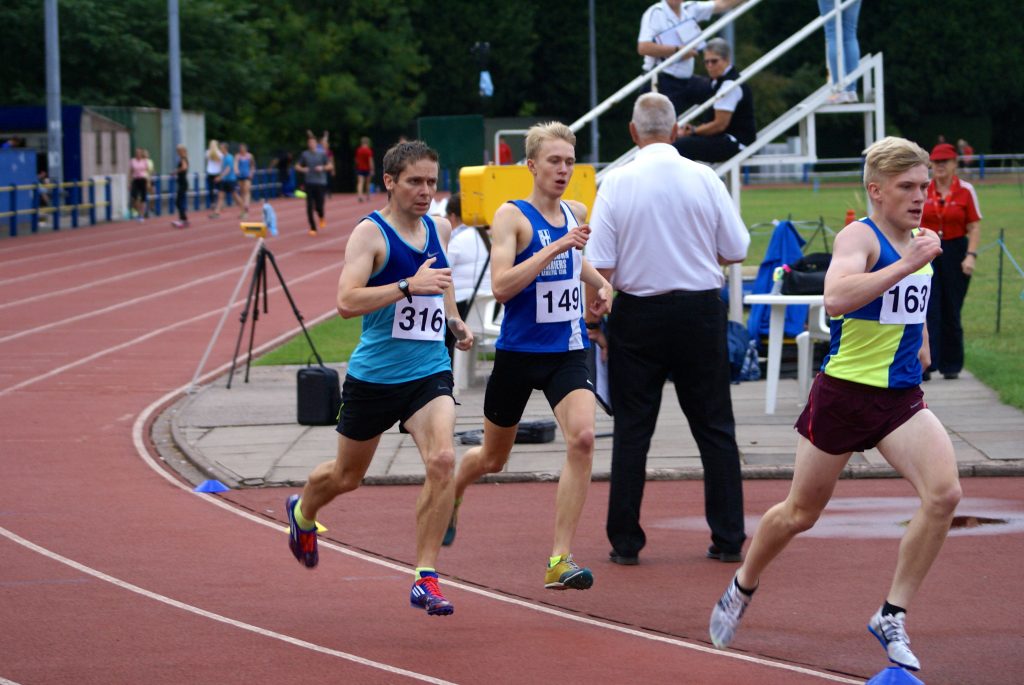 Maddie Elliott just missed out on a PB in Heat (9) posting 2.17.65 in 3rd place finishing up in Lane 4 as she strived to get that little bit extra out of herself towards the finish. Ellen Sagar-Hesketh was unfortunate in Heat (10) of the 800m as she was cut up and spiked when going really well and after attacking the first 400m with real intent. Ellen came home in 6th place clocking 2.24.91. 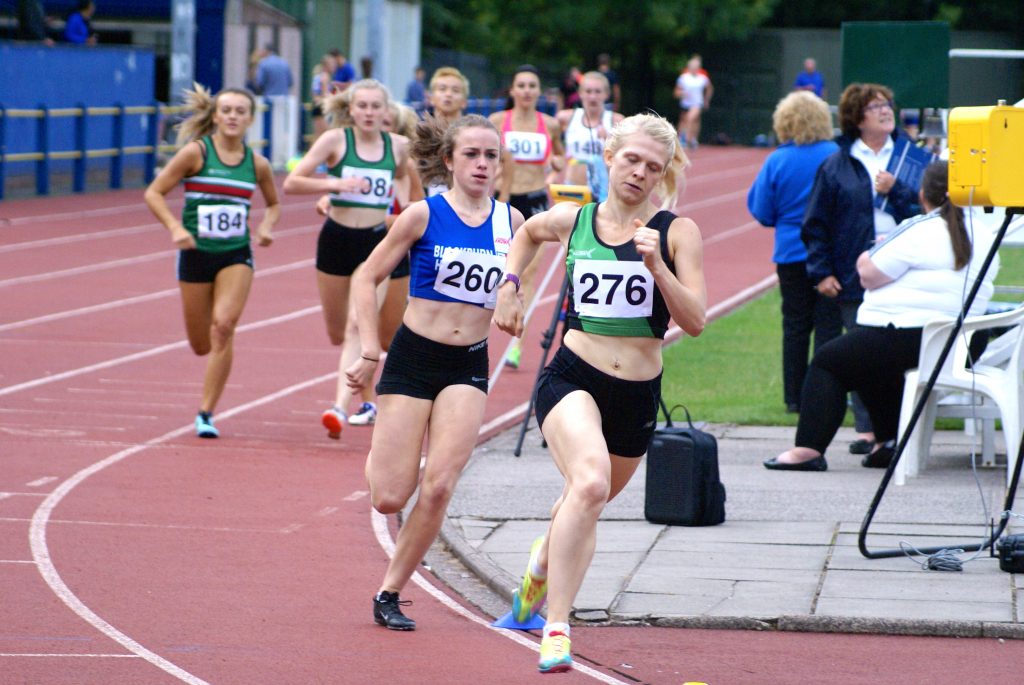 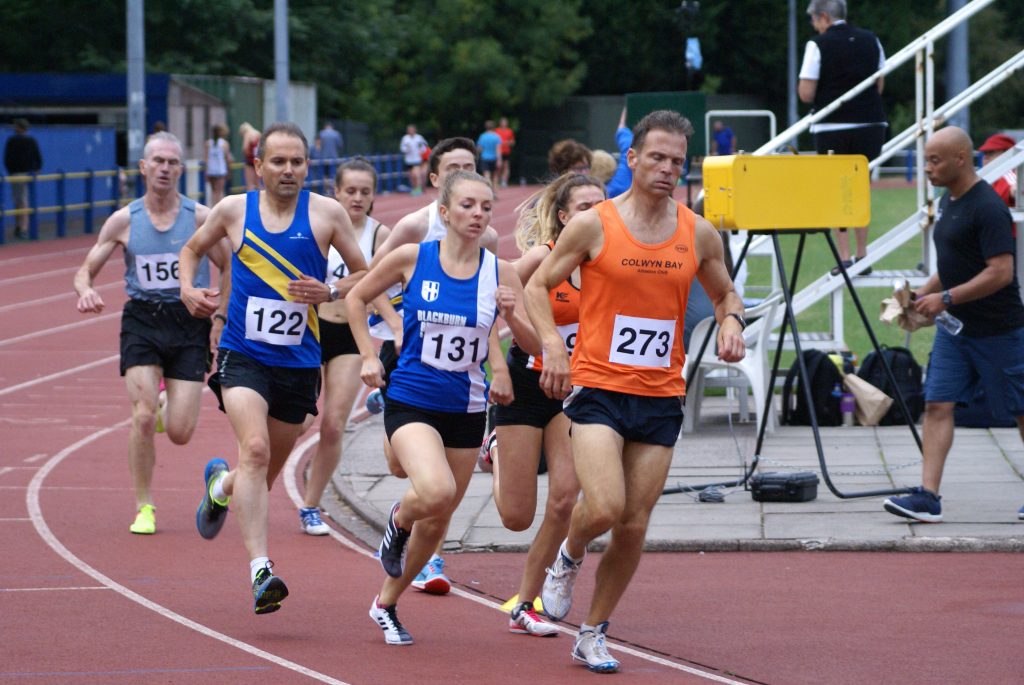 It was a good nights work for Joe Gebbie at the latest Trafford Grand Prix Meeting as he posted a new PB of 4.13.68 for the 1500m in a sixteen strong field with some aggressive running right from the start and saying afterwards that he felt ‘strong and good throughout the race’. Sam Hodkinson was also hoping for a new personal best but missed out in the end as he clocked 4.26.40 in a race won in 4.24.13 – the first lap run in 70 seconds. 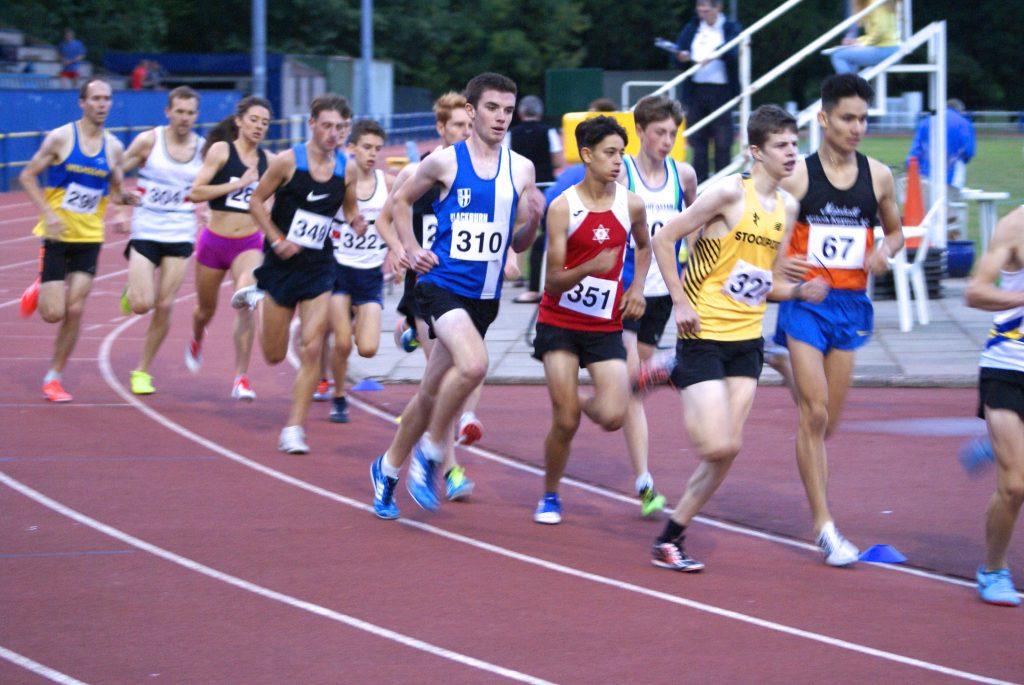 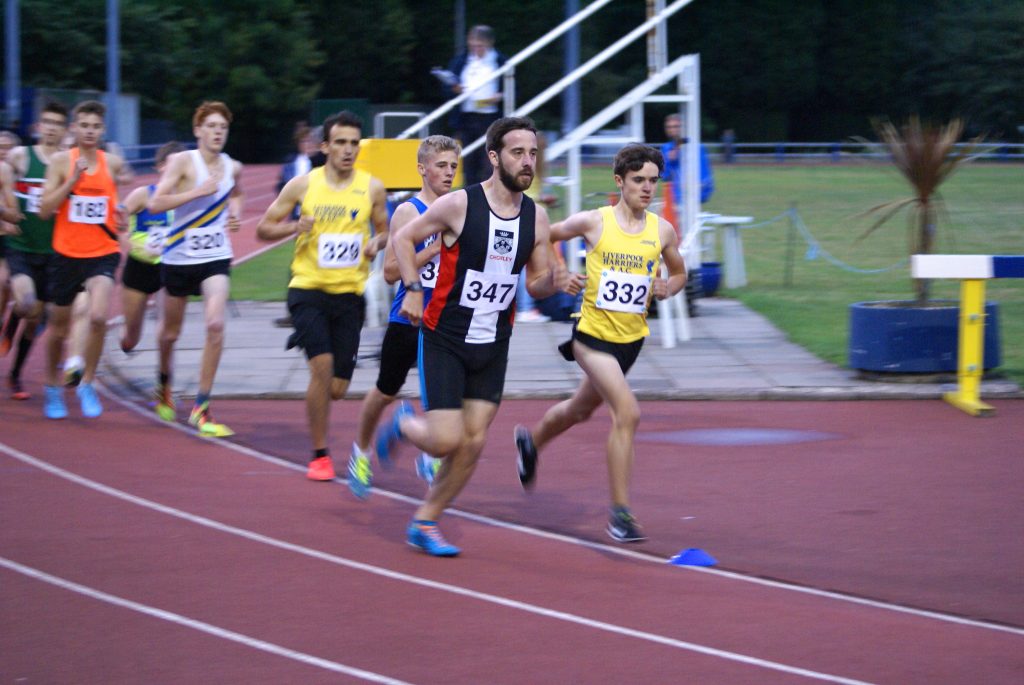 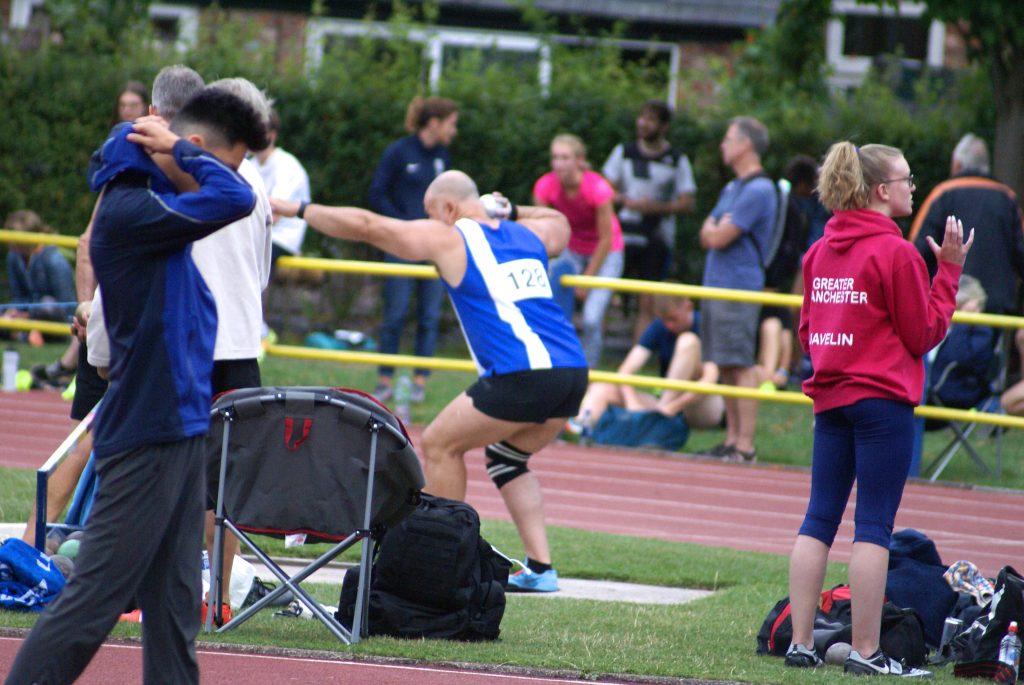 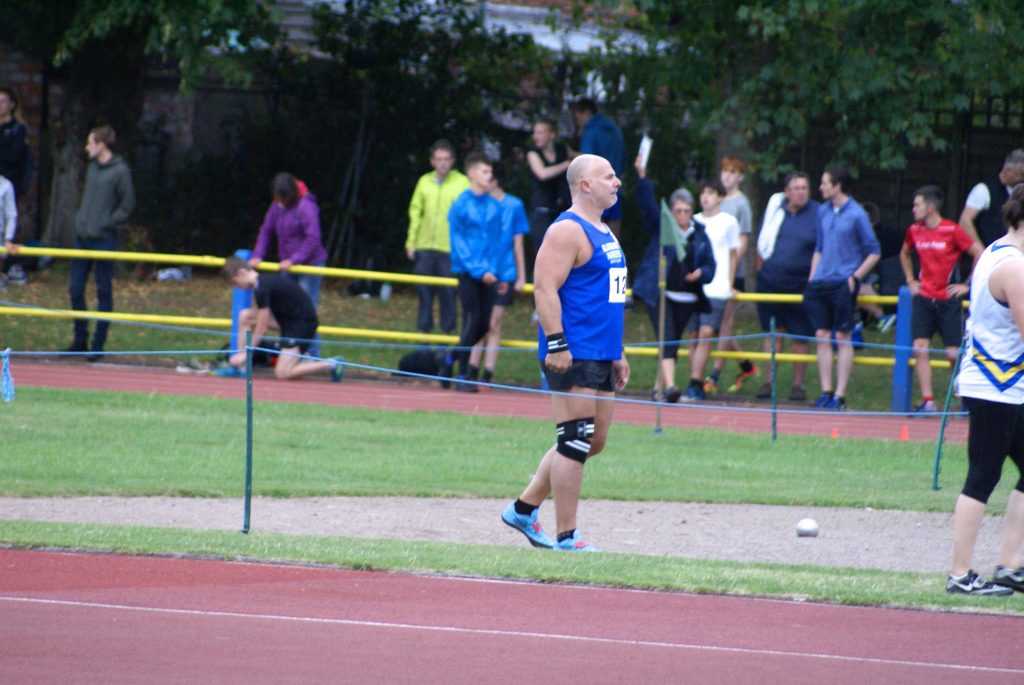 Rob ran a seasons best 800m last week at Tipton and chose the 1500m at Trafford tonight, a distance where has already run twice in 3.48 this season – last nights race didn’t go as well, as he finished in 3.57.36. 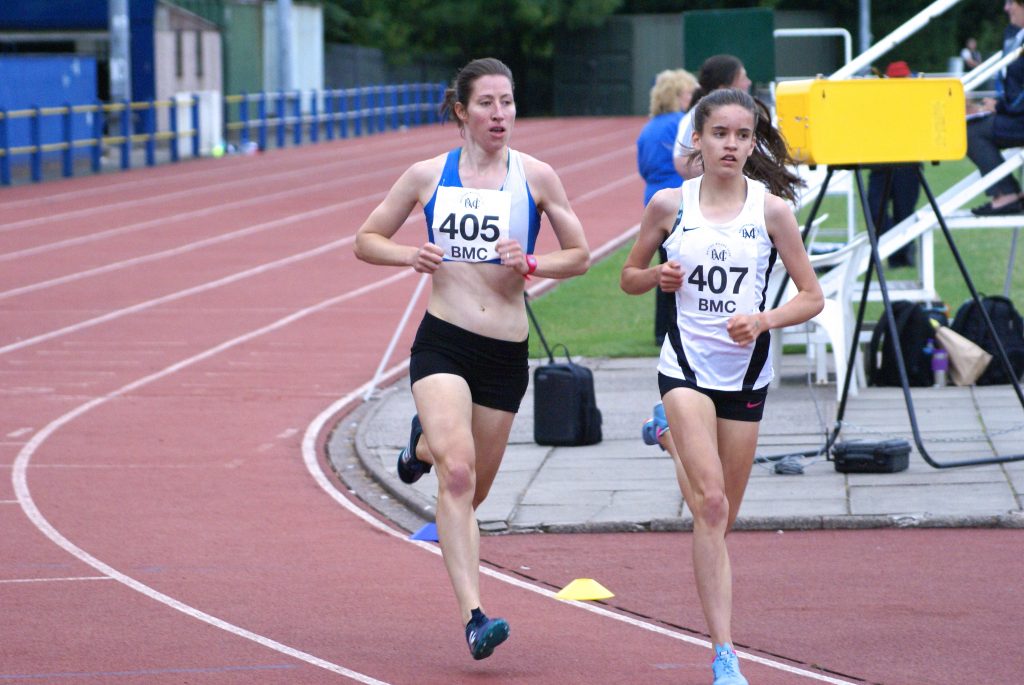 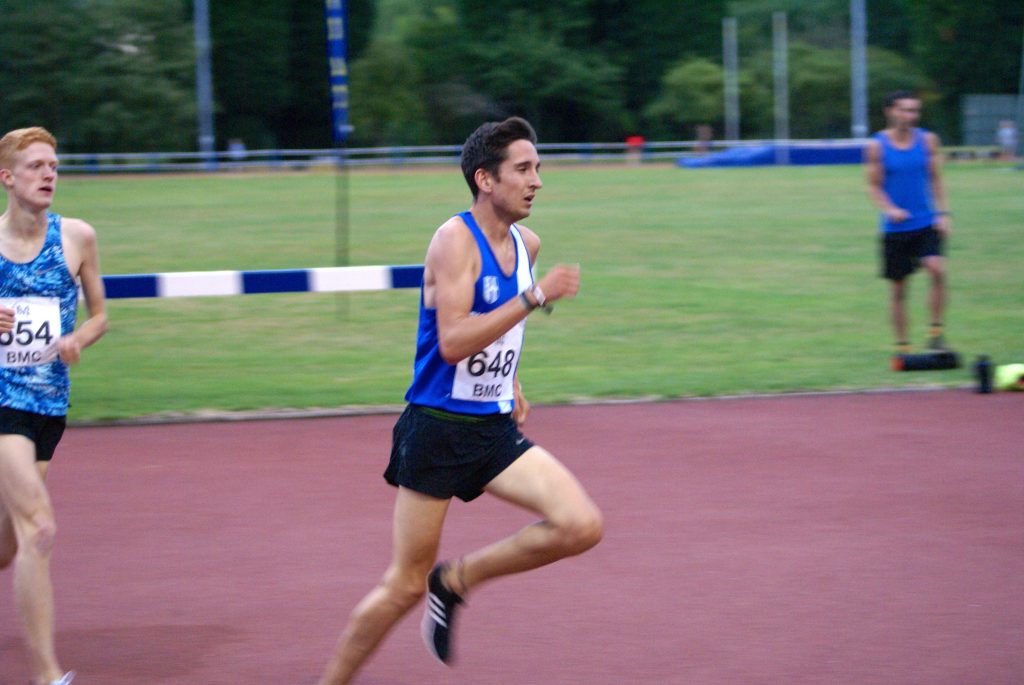 Just over a hundred runners in this local ten mile road race, won by Blackburn Harrier Thomas Blaney in a new PB time of 57.27, a time well over a minute faster than his previous best over the distance.

Tom spoke to the Harriers about his Race and what he is looking forward to over the next period saying “I am aiming to do a few half marathons next year so I wanted to do a few 10 milers starting with this one to build my experience over the longer distances. My plan was to not get carried away and pace around 5.40-5.45 having an easier first 5 and build on the last 5. There wasn’t any competition on the day which made it a lot easier to run my own race. I went through the first 5 in roughly 28.50 and the second in 28.37, I felt pretty comfortable and was pleased to take the win. The course is mostly flat with a couple of undulations, I’d recommend it as I think it has PB potential and it is well organised. It would be great to get a few of us there next year!“ 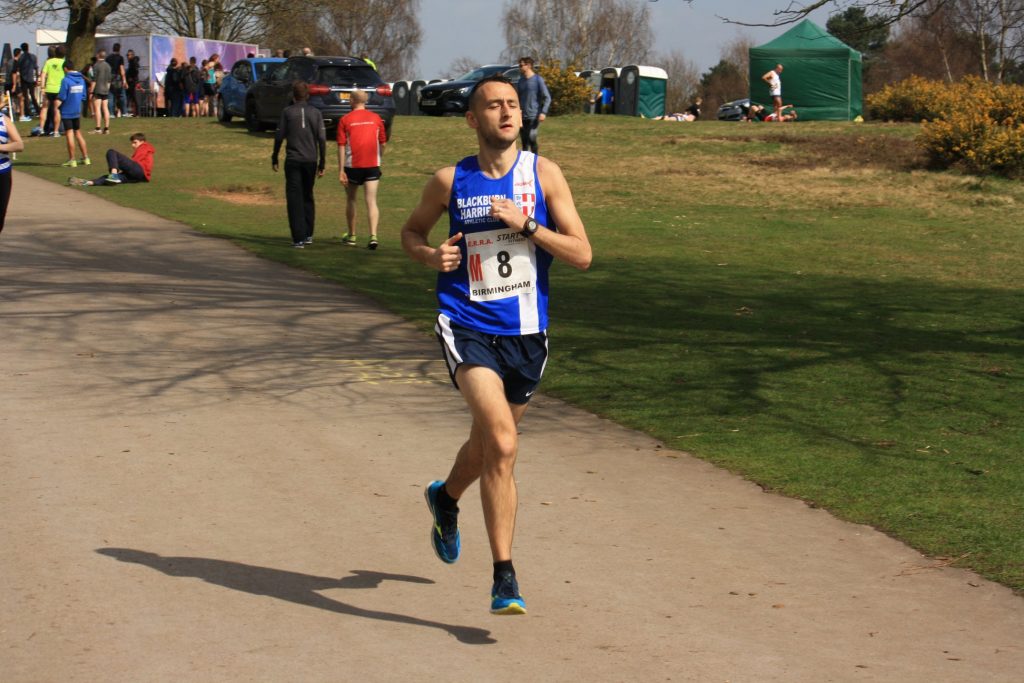 Another good run for Ben Costello at this local 5k race featuring rwo hundred and twenty three runners – Ben came 2nd overall in a time of 16.15 behind the Race winner Callum Davidson (15.52). V50 Jonathan Bridge had a solid run too coming home in 36th place and clocking a time of 19.06 – his first race over the distance for two years. 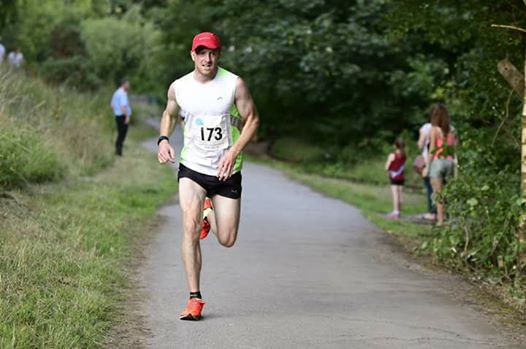 After running the Junior Races at Burnley on Sunday, a number of the Harriers youngsters – ten in all – were out again at the Padiham Junior Race. 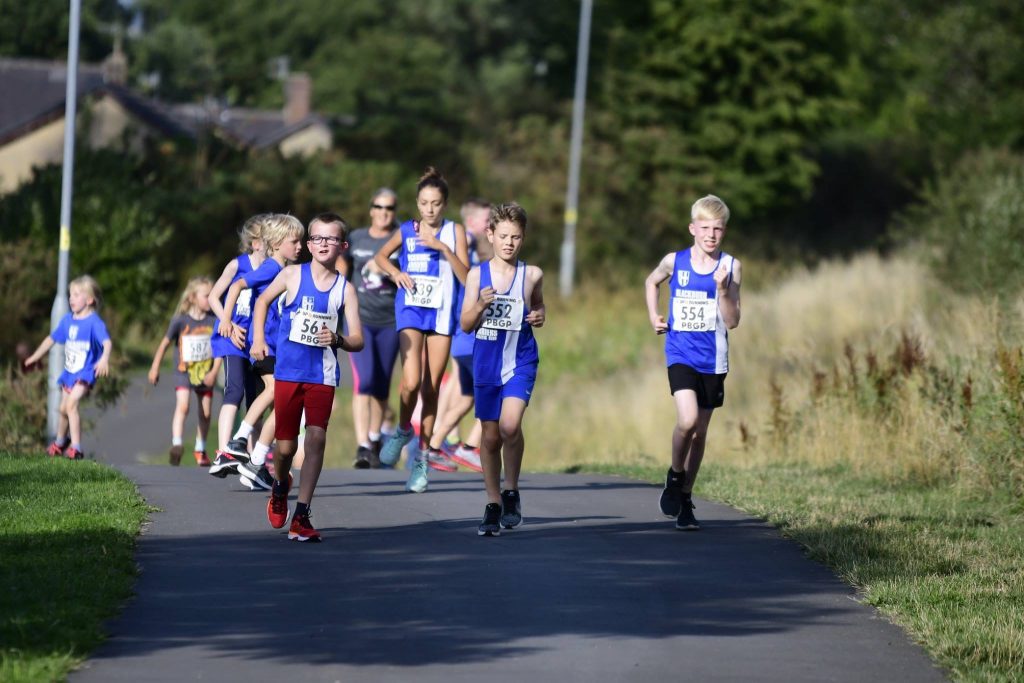 Charlotte Smith ran in the first race of the evening for U7 & U9’s finishing 12th out of 18 in a time of 4.41. The U11/U13 Race saw three Harriers finish in the top ten out of field of sixty five young runners – and it was Codie Dewhurst who led them home as he placed 2nd overall in a time of 7.11, just three seconds behind the winner Helena White and four seconds in front of 3rd placed Matthew Smith who ran 7.15. 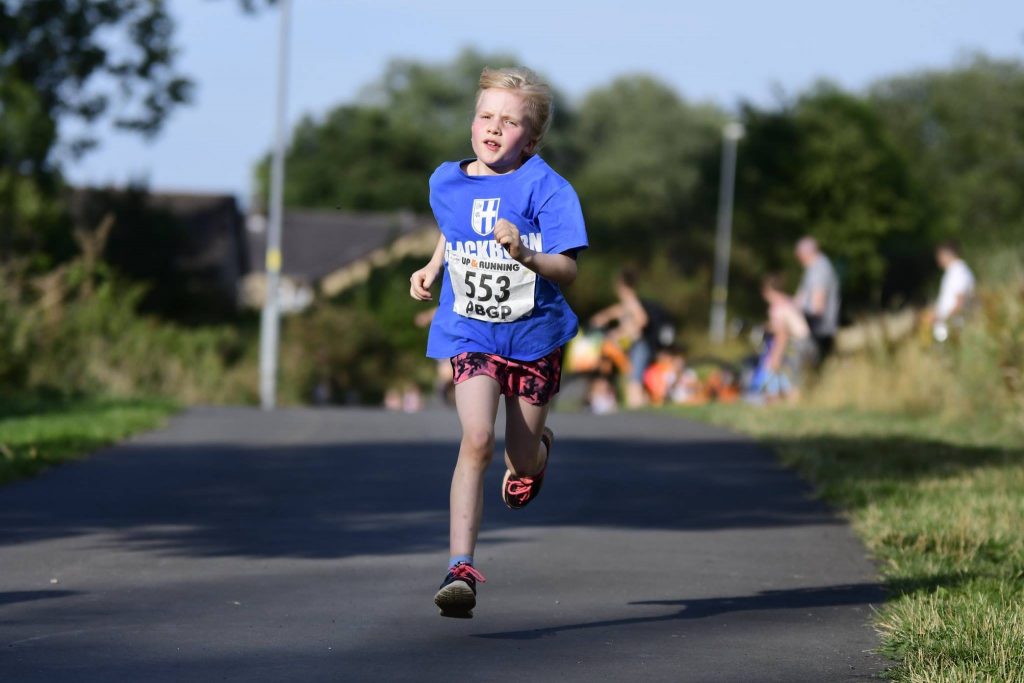 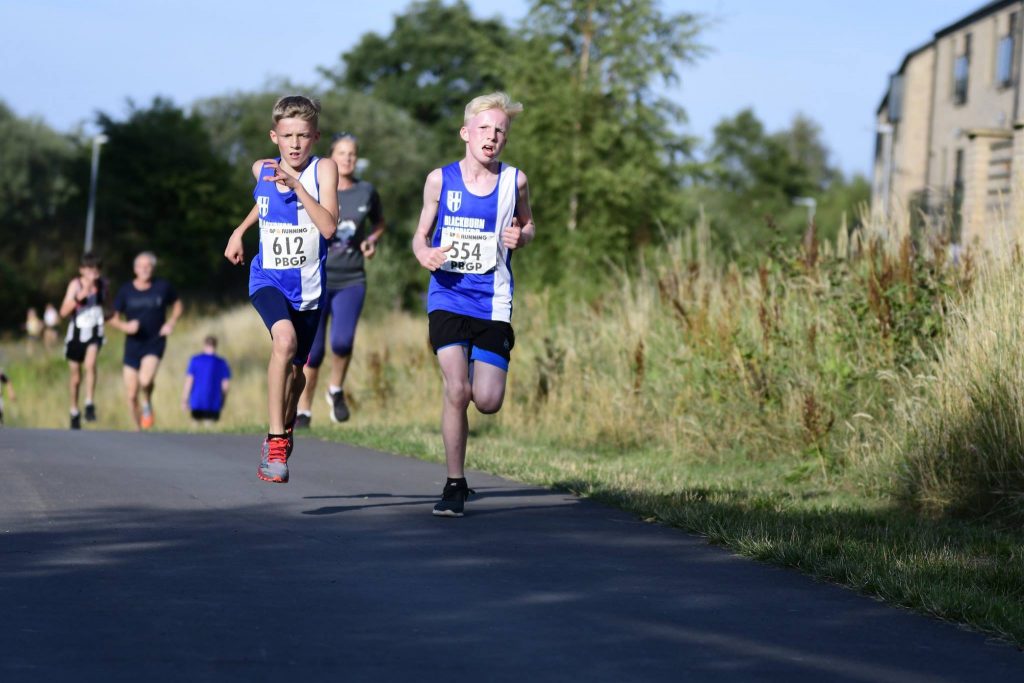 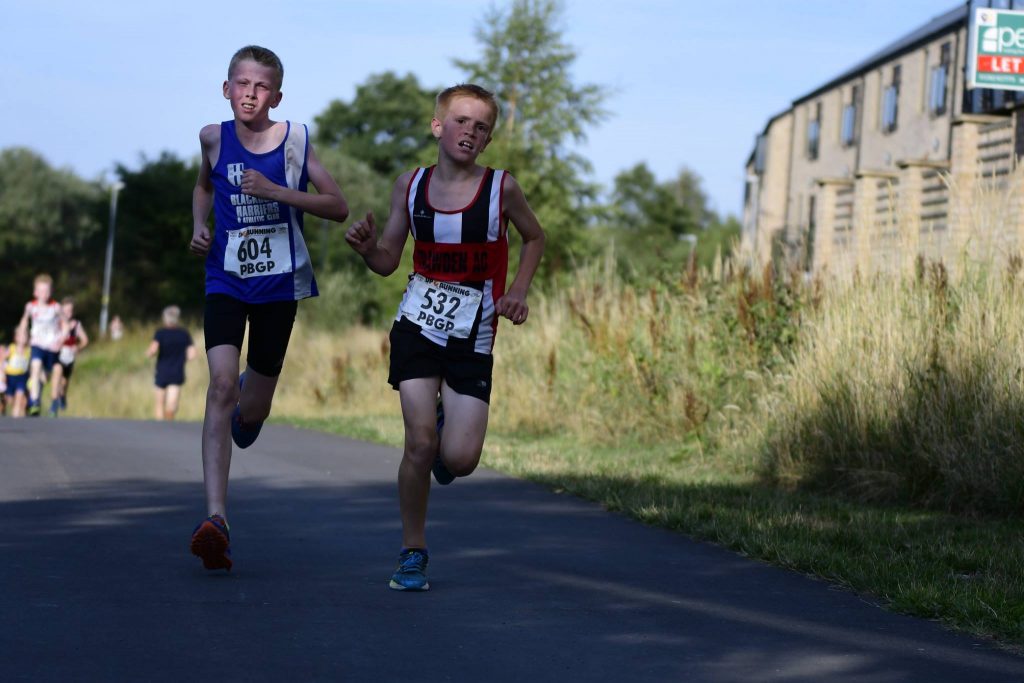 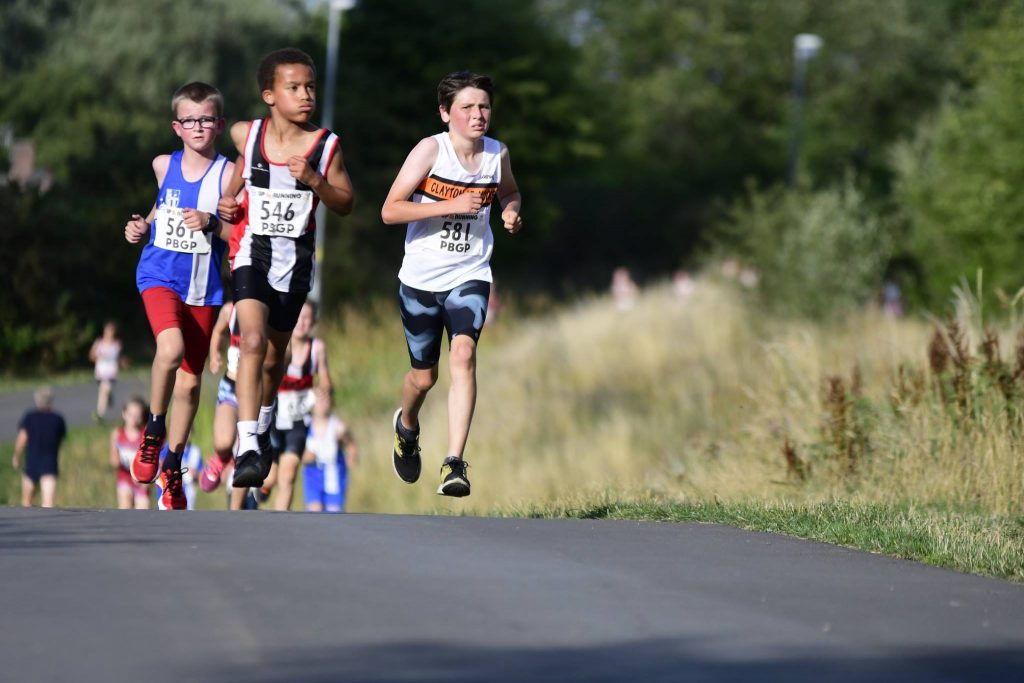 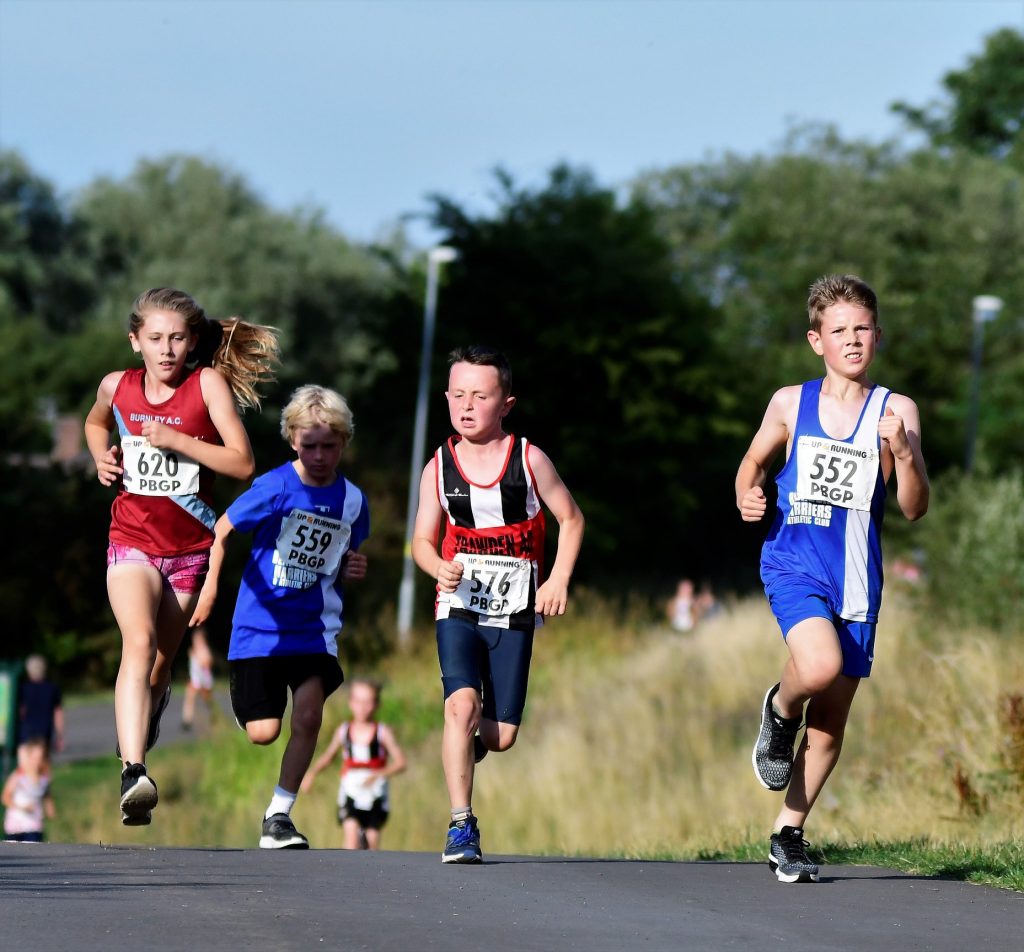 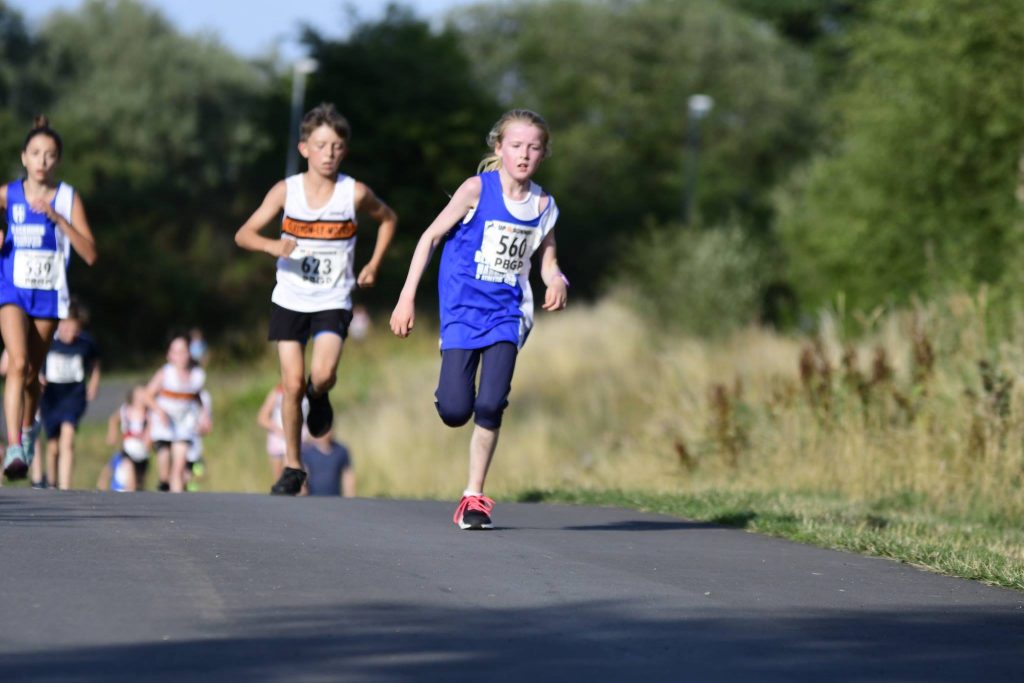 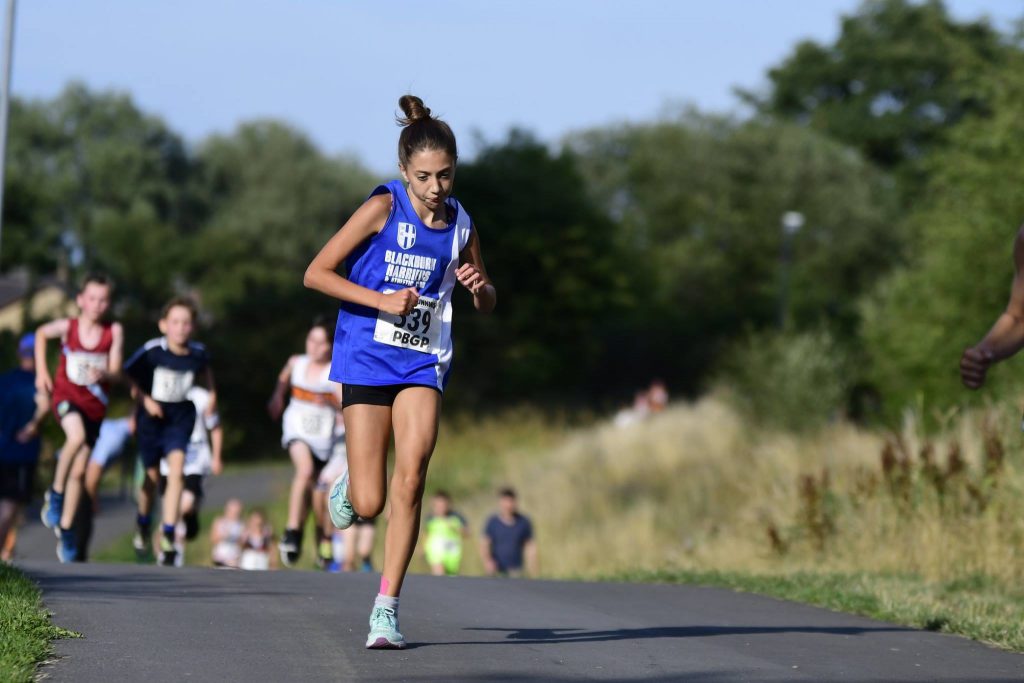 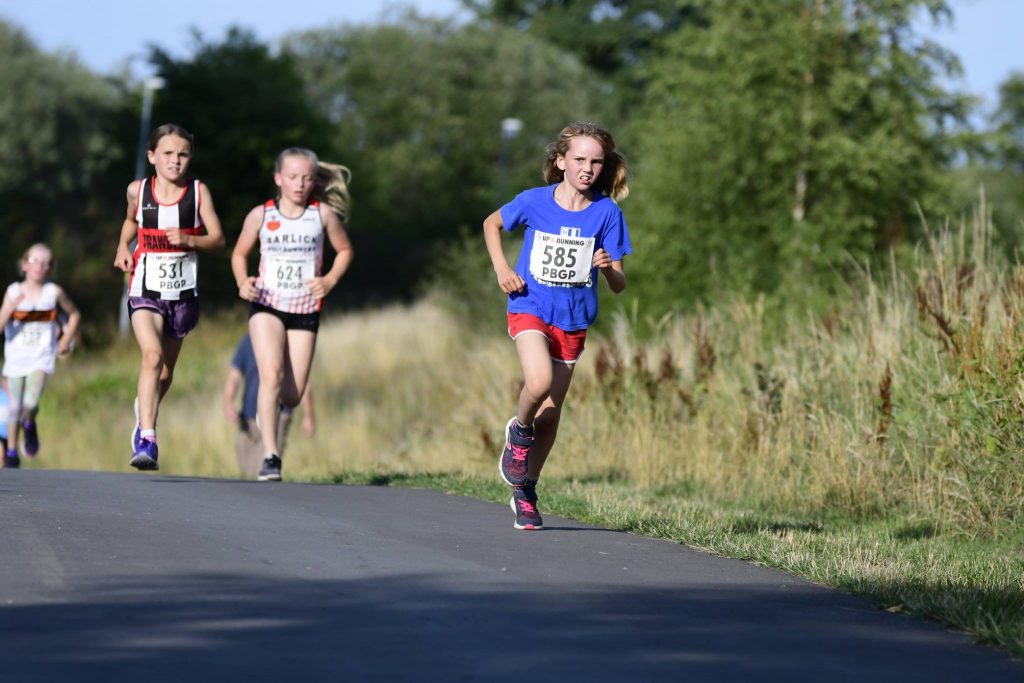