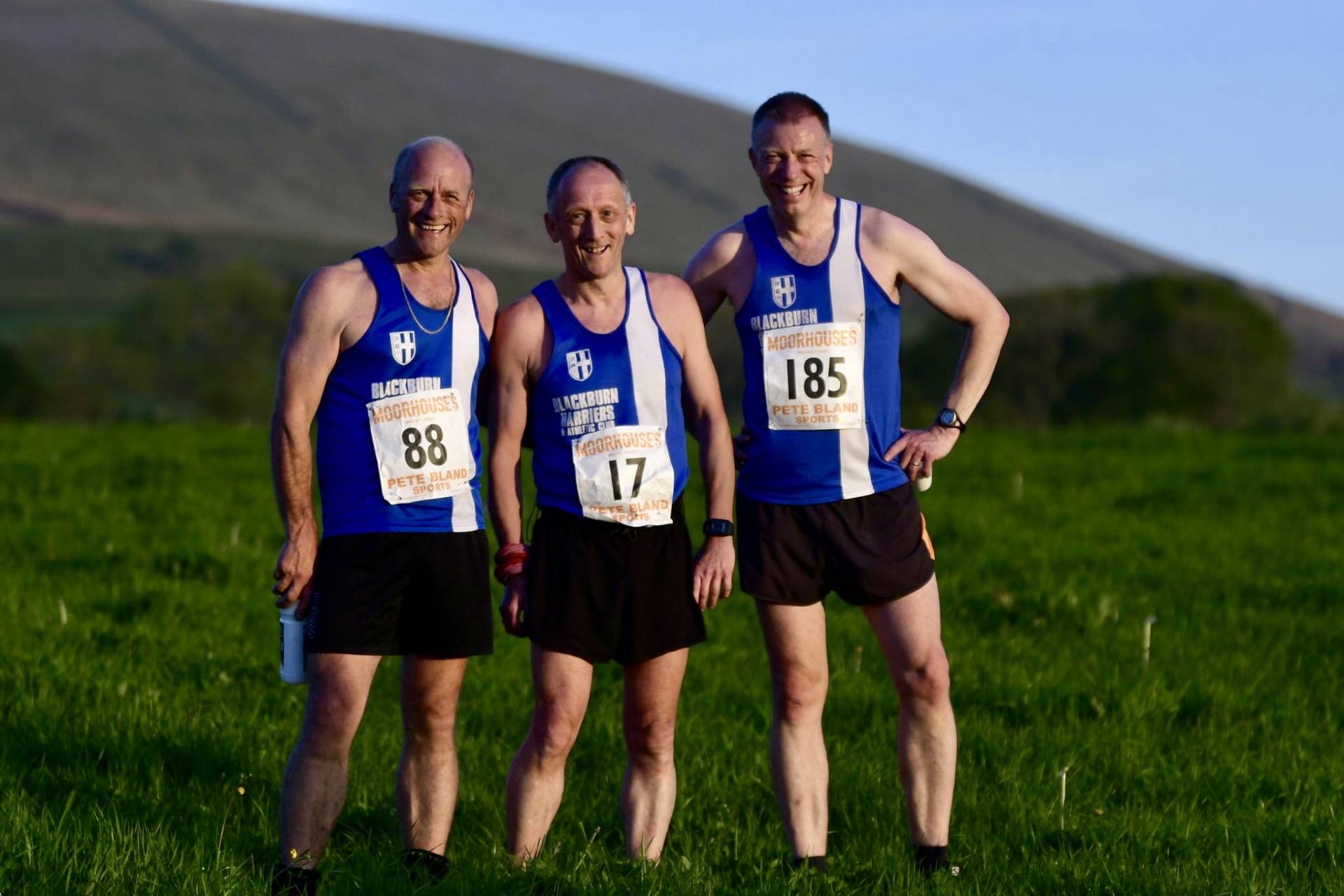 Six Blackburn Harriers were competing at the latest in the Grand Prix Series at Trafford last night. Jacob Watson was doing just his second ever race over 3000m on the track having won the first one at Trafford – ‘B’ race – in 9.19.95. Last night he jumped right into the ‘A’ race which was won in 8.22.30 – a much faster race in which, Jacob edged a new PB by less than a second as he clocked 9.19.07. 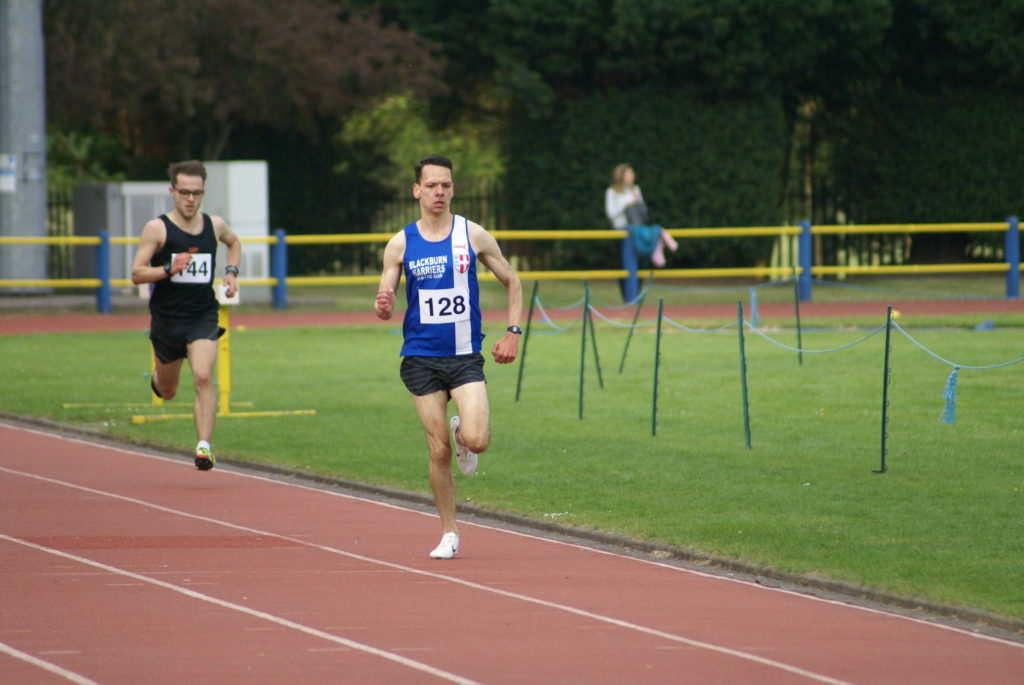 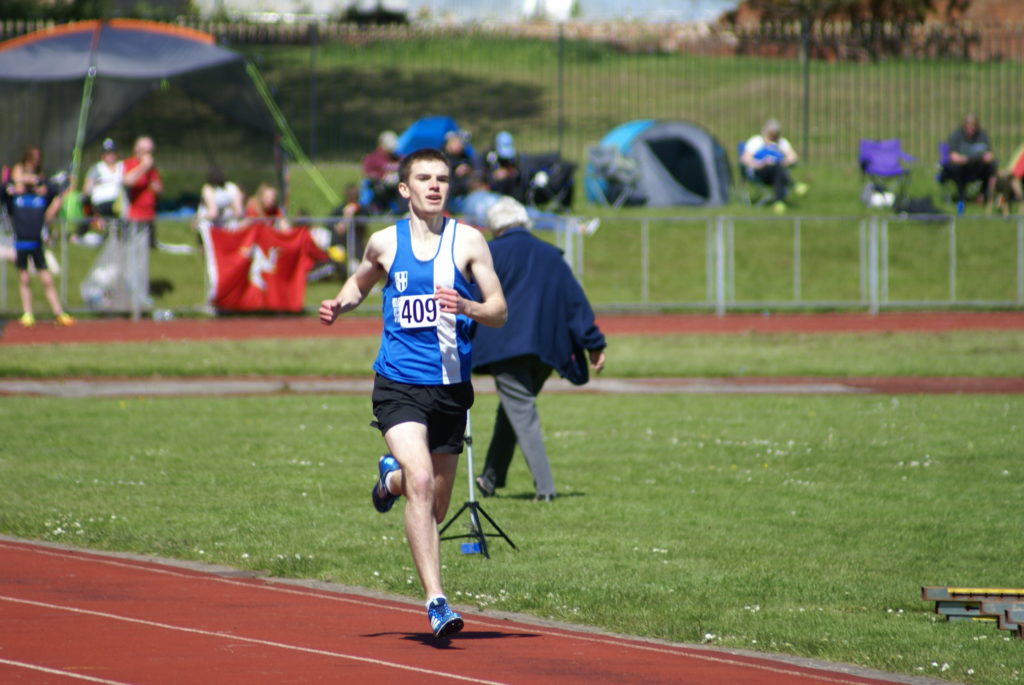 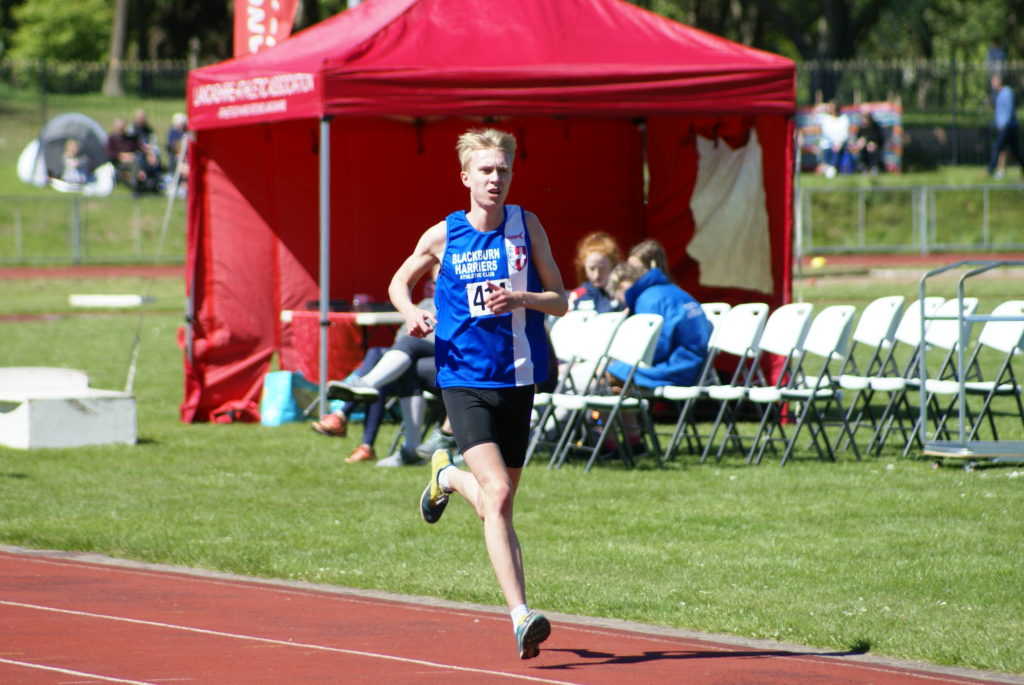 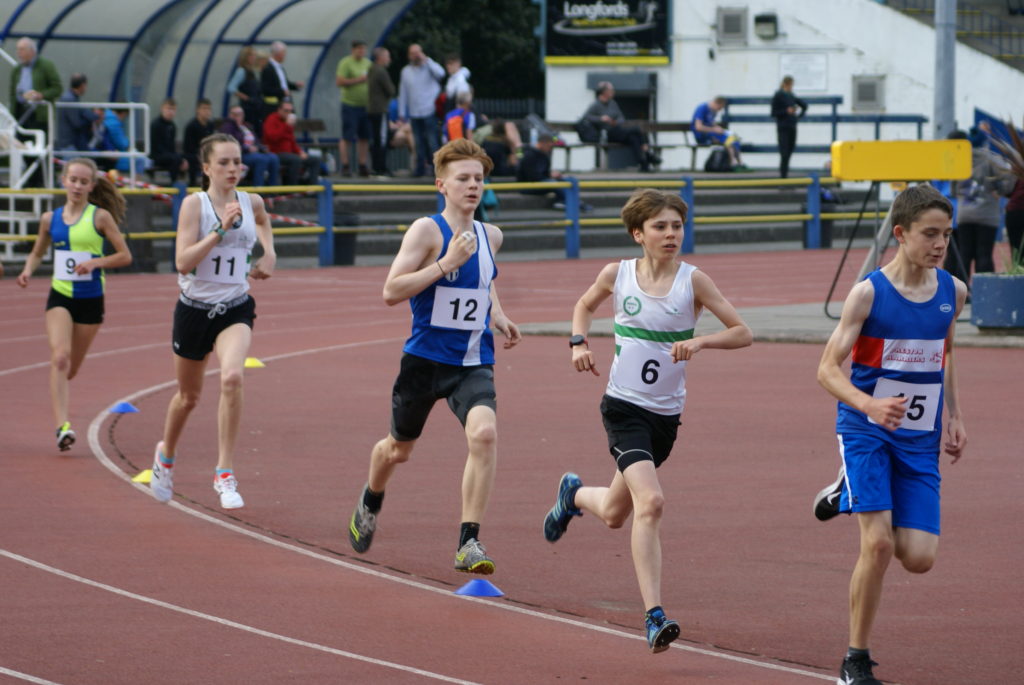 In the Throws events Tony Balko sealed another win with a throw of 37.86m with the 6kg Hammer. 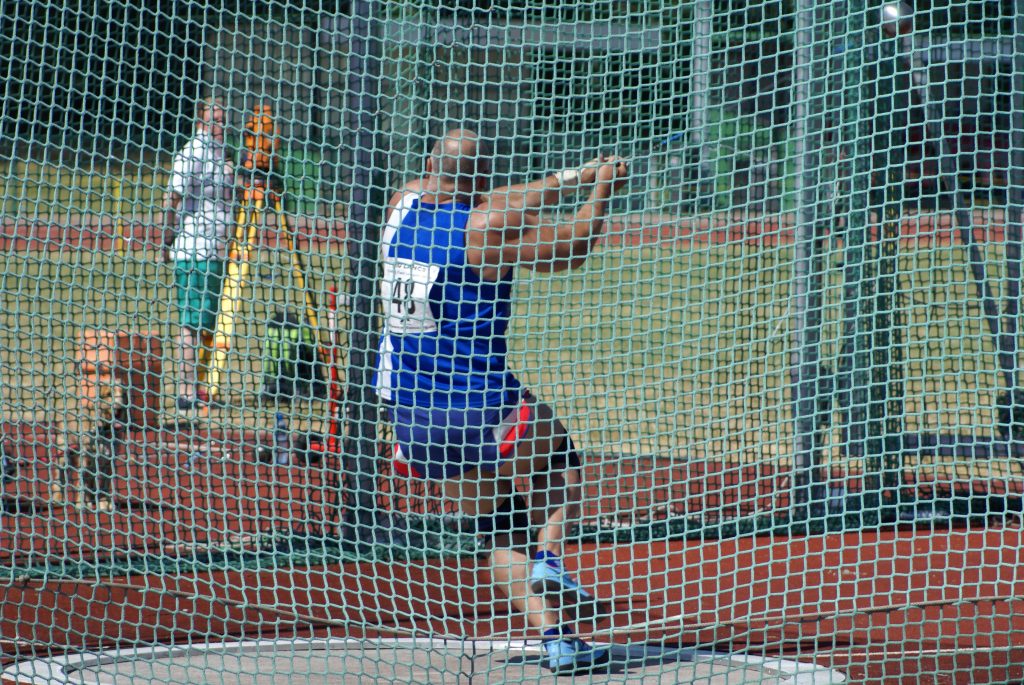 The latest race in the Harriers Fell Championships came at Pendle Clough won by Bowland Fell Runners Iain Embrey in 2hr 13.12 – just a single second in front of 2nd placed Nick Leigh in 2hr.13.13 which must have been a hell of a battle between the two of them.

John Orrell gave an update on the Harriers Fell Championships after the Race commenting “After Race 4 in the Championships – Pendle Cloughs – in which there was a great result for John Horrocks in 7th, Tom Cubbon next home and his first race in our series with Ian Clarkson next in, and Danny Teare hot on his heels – Ian still tops the leaderboard having completed all 4 races so far. Catch him if you can! He is followed by John Horrocks and Danny Teare on 3 races; Victoria on 2 races; Gary Pearse; Craig Greenough; Matt Nuttall; Thomas Marchant; Tom Cubbon and John Orrell on 1 race each”. 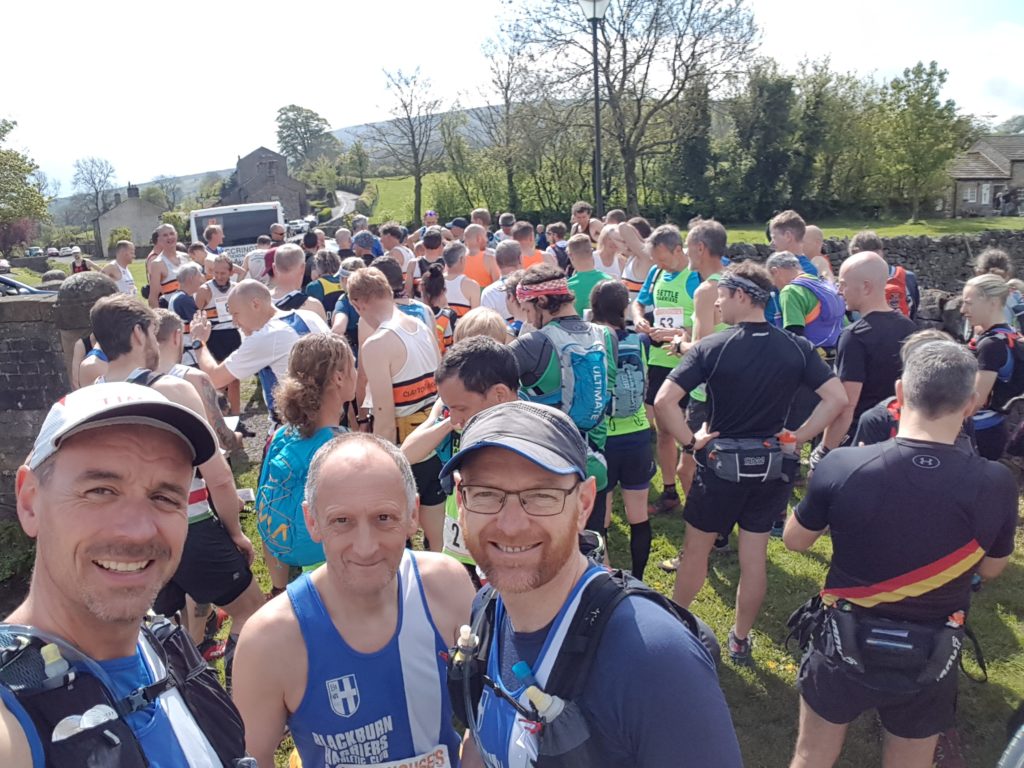 After the race Danny Teare spoke to the Club about the race saying “First time out in this race.  About 100 runners took to the start and trotted off towards the hill. 4 Harriers took it on  in  great conditions – bit too hot when the sun was out and a bit too cold when the cloud was in…. and a bit of hail too.  Some tricky nav checkpoints but I was close enough to that experienced bloodhound Ian Clarkson … so the map stayed in the pocket for most of the race.  A bit of nip and tuck with Ian over the last 2 miles was great sport, with Ian having a bit more left in the tank than me.  A great race – well done to John,  Tom and Ian.  Definitely one to do again…. and well organised / hosted / marshalled by Clayton.” 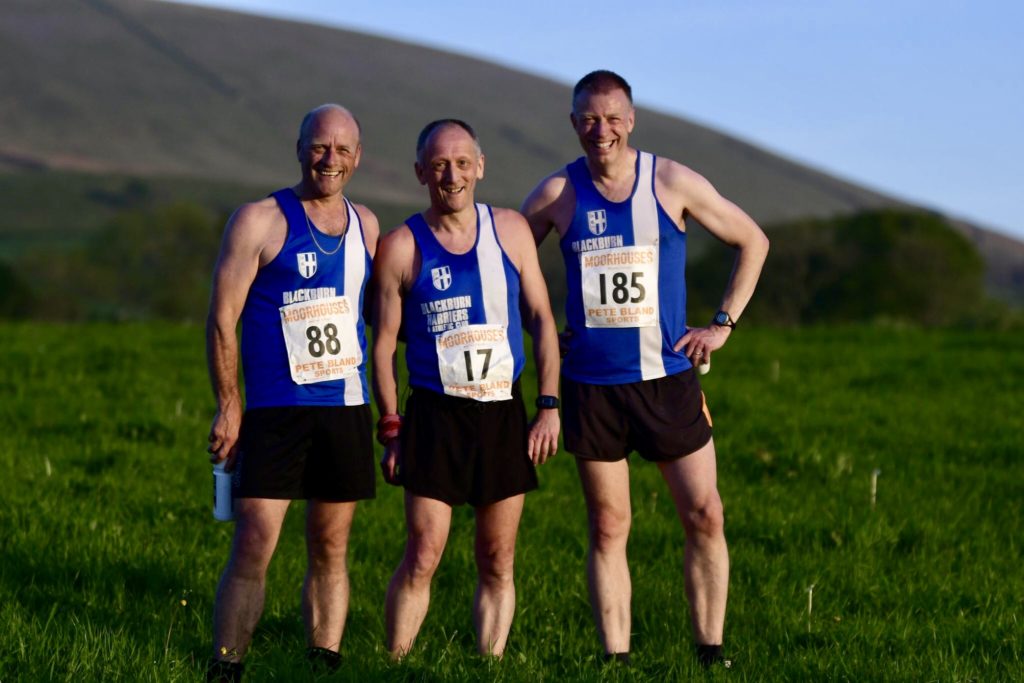 V50 Mark Wilkin was the first Harrier home in 83rd spot with a time of 45.30, followed by V50 Ian Clarkson in 86th (45.43) and John Orrell also V50 (131st) clocking a time of 50.53. John, who is organising the Harriers Fell Championships commented after this latest race that “Little has changed after last nights round 5, Mearley Clough. Ian Clarkson moves further ahead. I bag my second race and Mark Wilkin joins those on 1 race. Pendle 3 Peaks is the next race on 17th August. 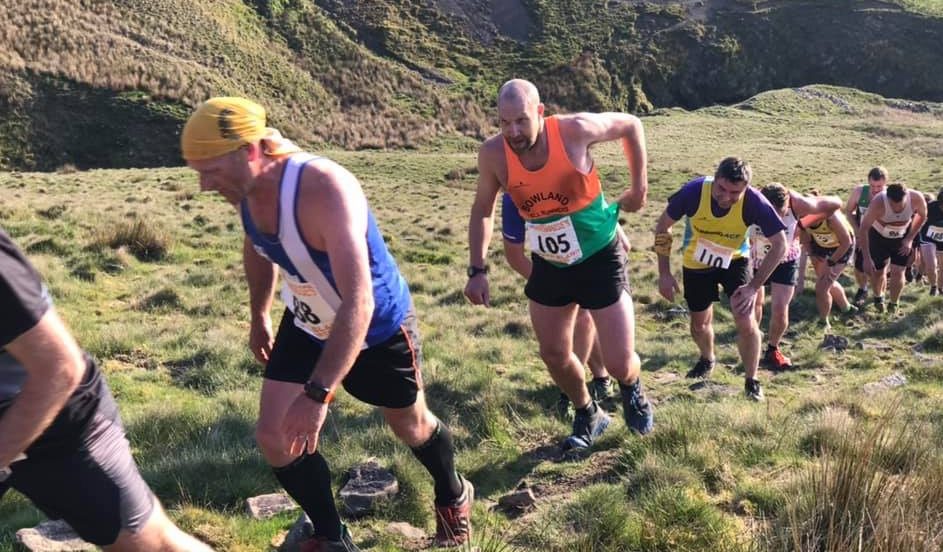 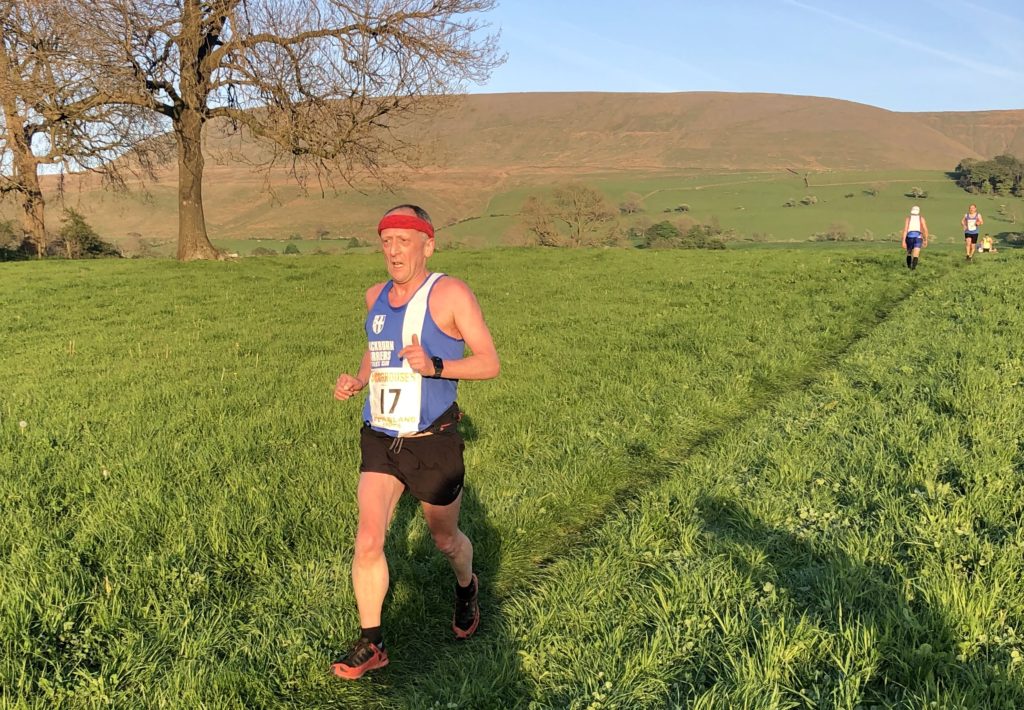 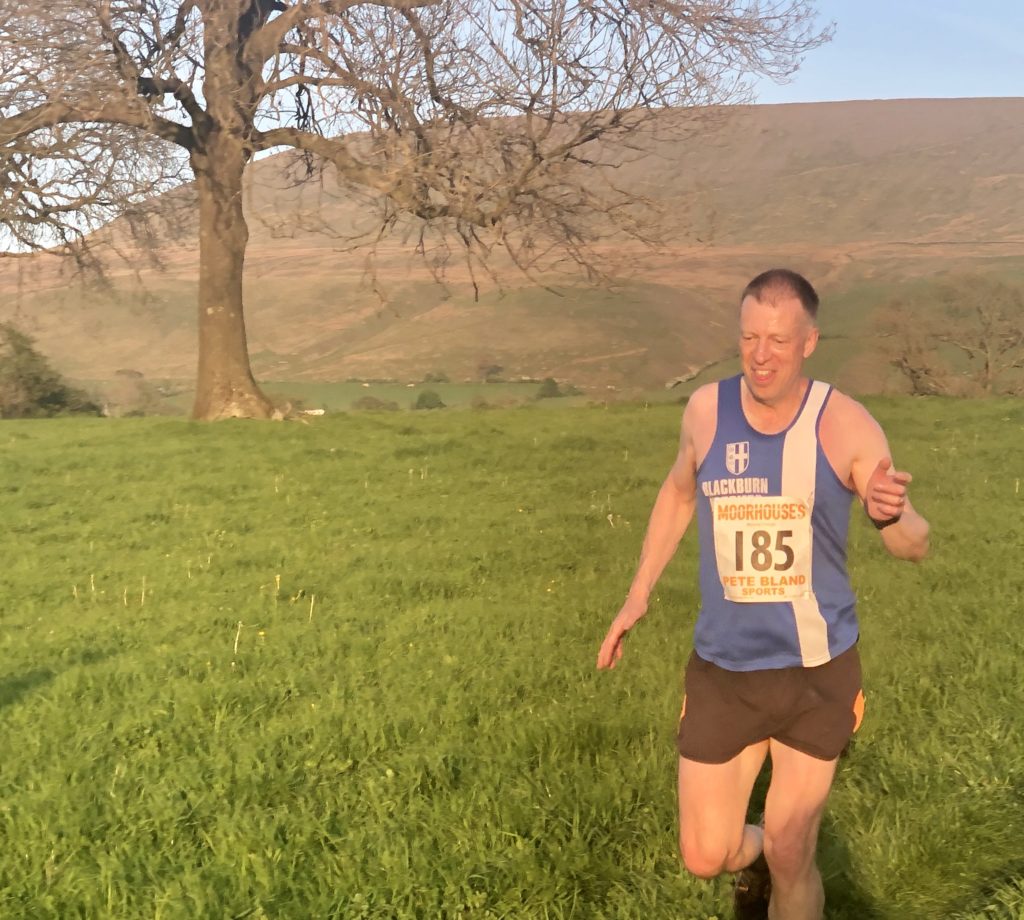